Founded by local arts educators Chelsea Crothers, Laura Hayes and Maiya Murphy, Autopoetics is the latest theatre collective to arrive on our scene, making their bold debut with an original once act play – Provenance.

Written by Hayes, Provenance opens on the home of Alice (Hayes), an obsessive hoarder living in a home filled with all manner of junk and paraphernalia, none of which she can bear to throw away. This is reflected in the set; surrounded by walls of newspapers and with tissue paper mounds littering the space, there is but a single, blank white square of respite, while all three performers whisper words such as ‘bills’ and ‘newspapers’, creating a sonic element to add to the visual clutter before us. 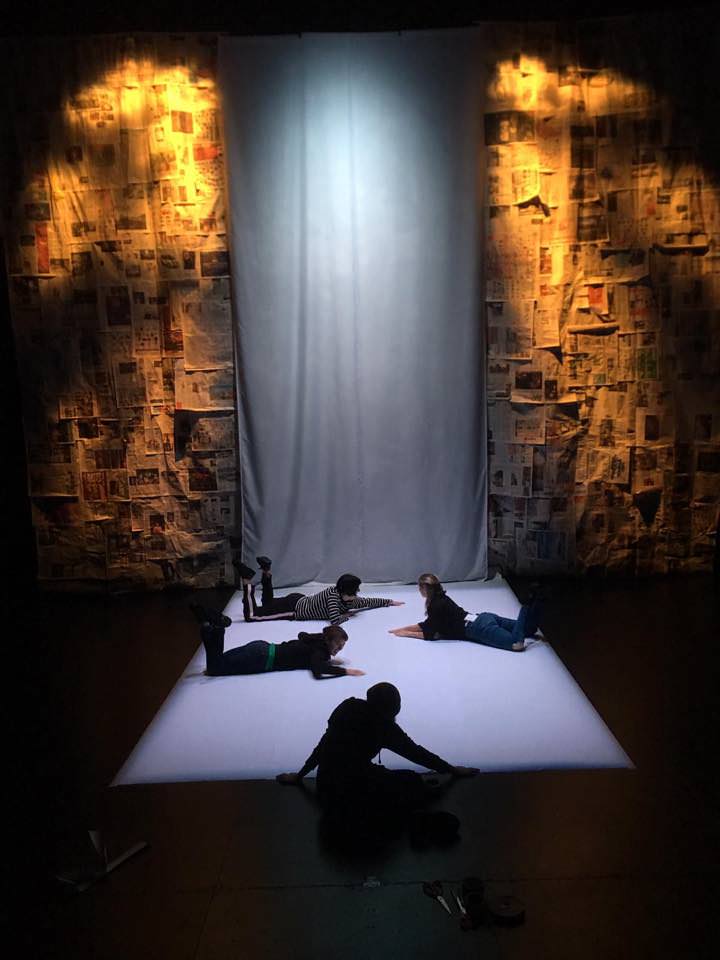 Alice is joined by her daughter Agatha (Murphy), who conversely, disapproves of her mother’s habits. But as the saying goes – one man’s junk is another man’s treasure, and as a sharp-eyed employee of Christie’s Auction House, Agatha notices that her mother’s odd ‘ashtray’ may in fact be a valuable bronze head which if sold, would end their financial woes in a single swoop. 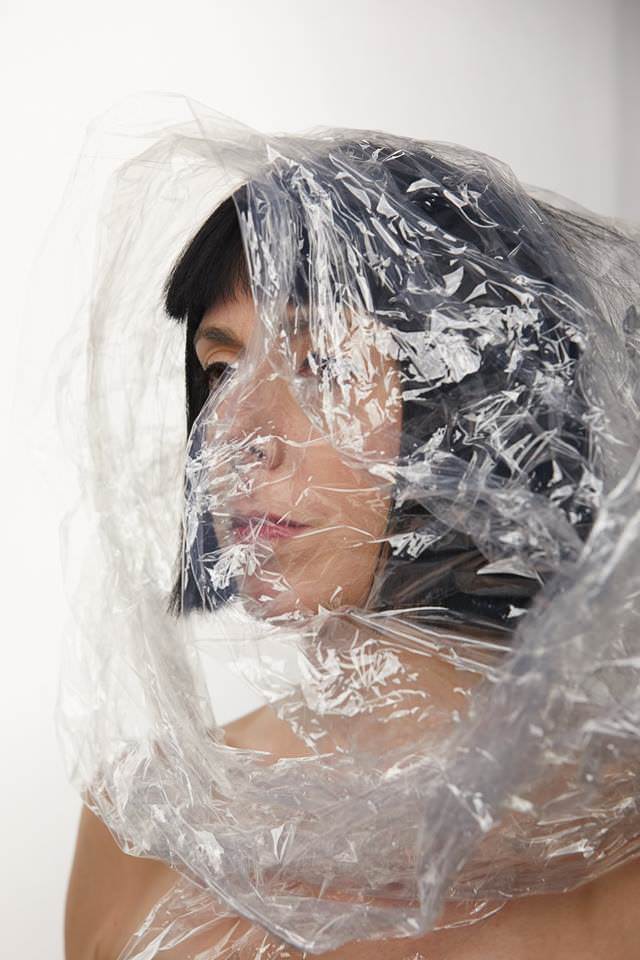 But as is with every hoarder, Alice refuses to see the truth, the tension between her and her daughter mounting as she continues to call it her ‘ashtray’, cries foul and raises the suggestion that it may just be a fake. Not heeding her mother’s nagging, Agatha wilfully auctions off the head for 100,000 pounds to Caroline (Crothers), a woman going through a divorce with plenty of her own personal baggage. Things come to a head as Alice storms into the office and calls the authenticity (or provenance) of the head into question, scaring off Caroline and leaving Agatha at a loss.

Amidst all this drama, Provenance takes the form of a documentary onstage, as the actresses break character every 15 minutes to perform monologues as themselves, talking about the head and their own opinions on its provenance. These are performed with the help of a torchlight, a sheet of transparency, and a video-camera broadcasting a live feed to the screen behind, creating a distinctly ‘filmed’ look to the projection. One thinks of these as the interview segments during a documentary, as each interviewee adds layers and context to the subject, before returning to the central narrative at hand. 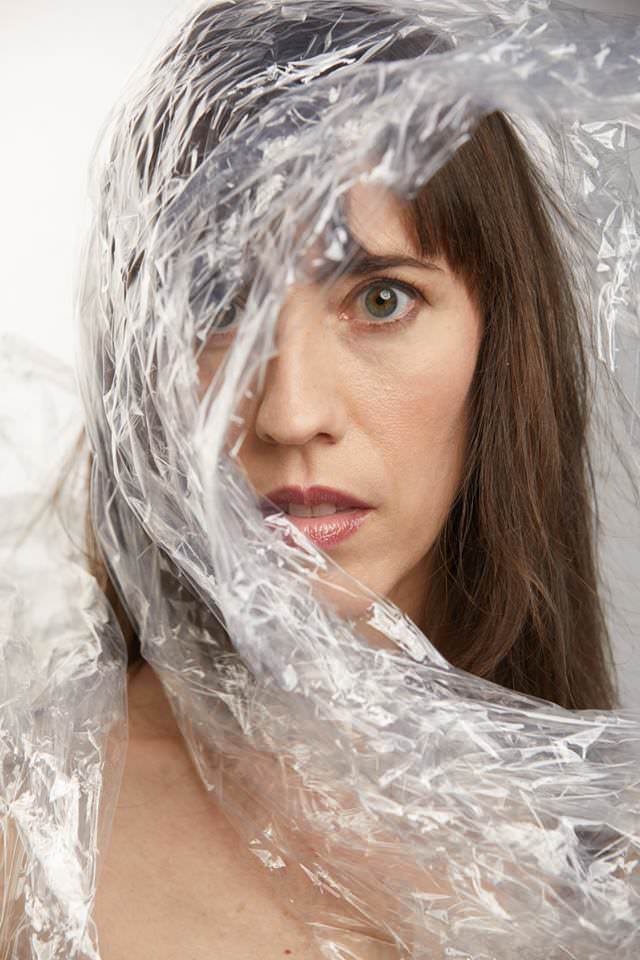 But even as Alice laments Agatha’s actions and repeatedly states her desire to die in the house, Provenance is not a story with an unhappy ending. Upon re-appraisal and auction at Sotheby’s, the head hits a jackpot sum of 3.4 million pounds, leaving everyone open-mouthed with shock. 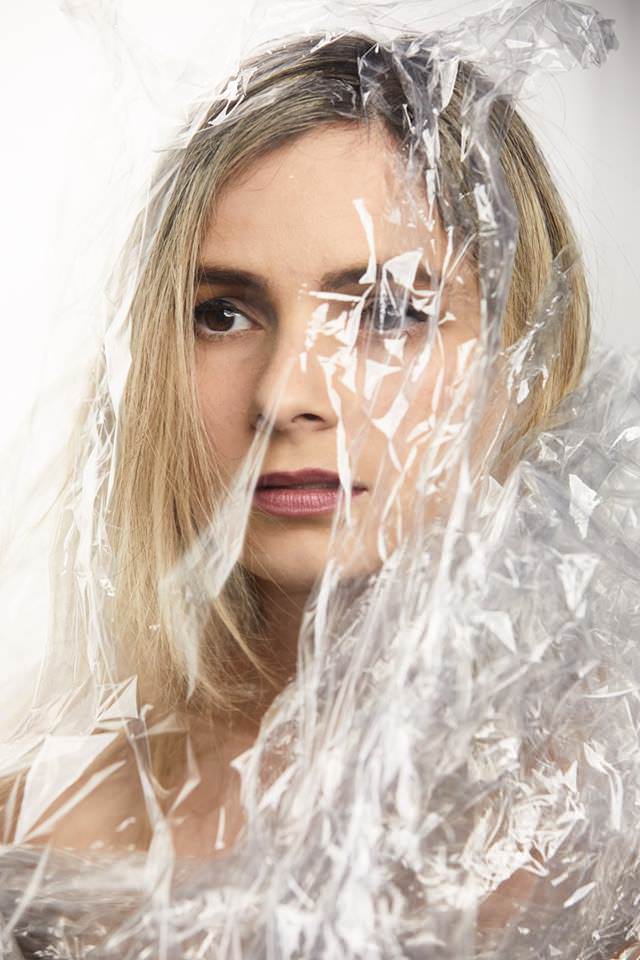 It is only now that the healing process between mother and daughter can begin – as they tear down the entire set of newspapers, piling it into a single mound in the centre, the two begin to bond once more as they discover shared treasures, such as the programme booklet of a 1972 production of The Importance of Being Earnest at London’s Old Vic. As they hold each other’s hand and rid themselves of the hoard once and for all, one cannot help but feel a little emotional at their reunification. Well-paced, succinct and performed with strength and clarity both in body and enunciation, Provenance is a remarkable first outing for Autopoetics that hits all the right notes and marks this collective as one to continue looking out for.

Provenance played at the Drama Centre Black Box from 26th to 27th October 2018.

0 comments on “Review: Provenance by Autopoetics”