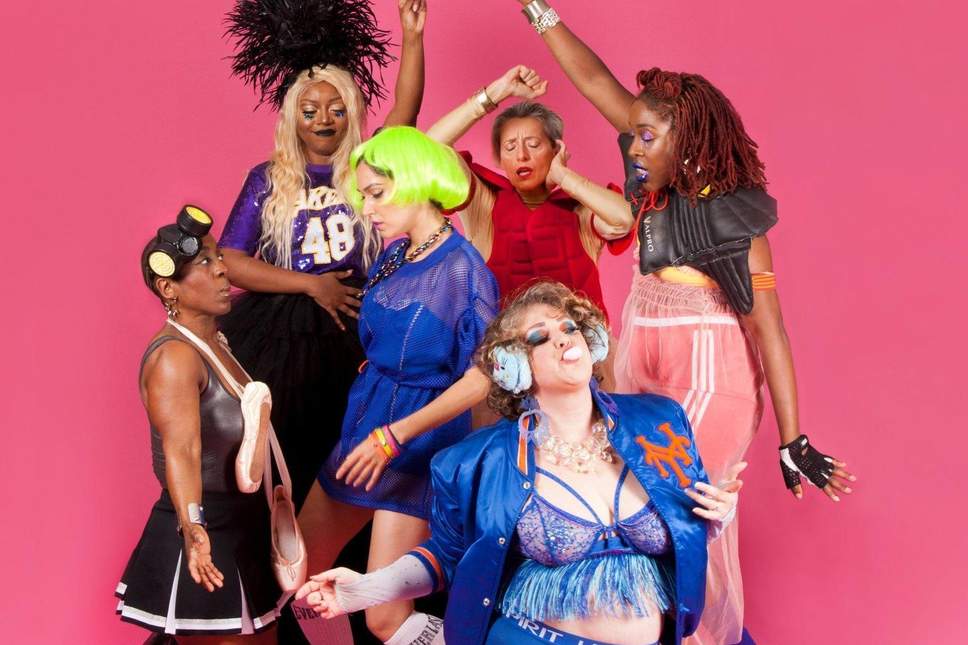 LONDON – Armed with six women, diverse in colour and shape making up the cast of Hole, Game of Thrones star Ellie Kendrick’s playwriting debut rolls out like a storm. Hole crackles with static energy and rumbles like the peal of thunder, gathering the rage of centuries of women before unleashing it in a fiery rain of flashing lights and sheer energy onstage. 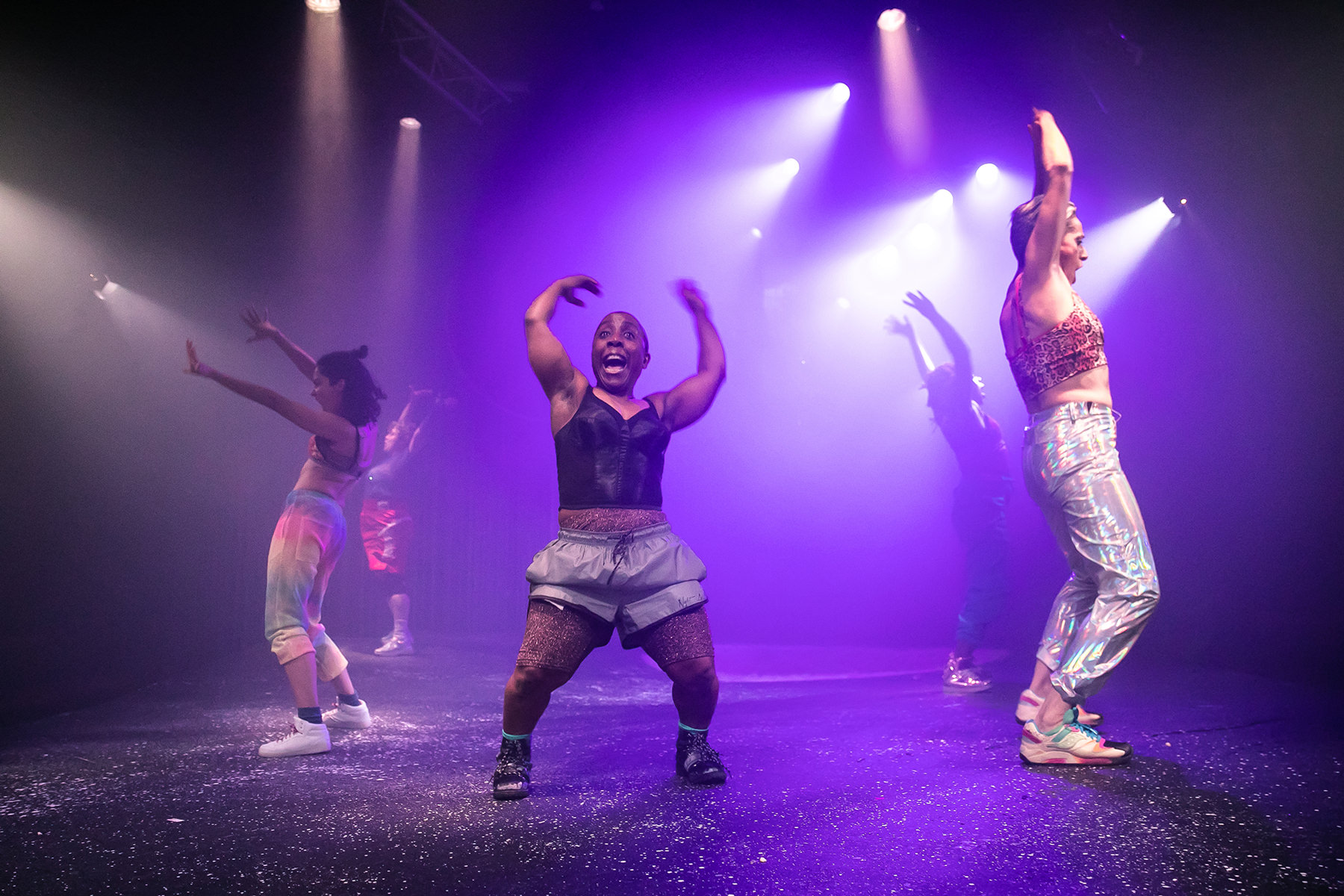 It’s easy to sympathize with the women of Hole and understand precisely where their frustrations are coming from though – the play opens with various cast members taking to the stage, attempting to speak into a microphone, initially plain-clothed and nervous. But whether they’re comedians, storytellers or more, nothing seems to be going their way, from follow-on spotlights refusing to put them into the light or their mics being cut off, quite literally silencing them. 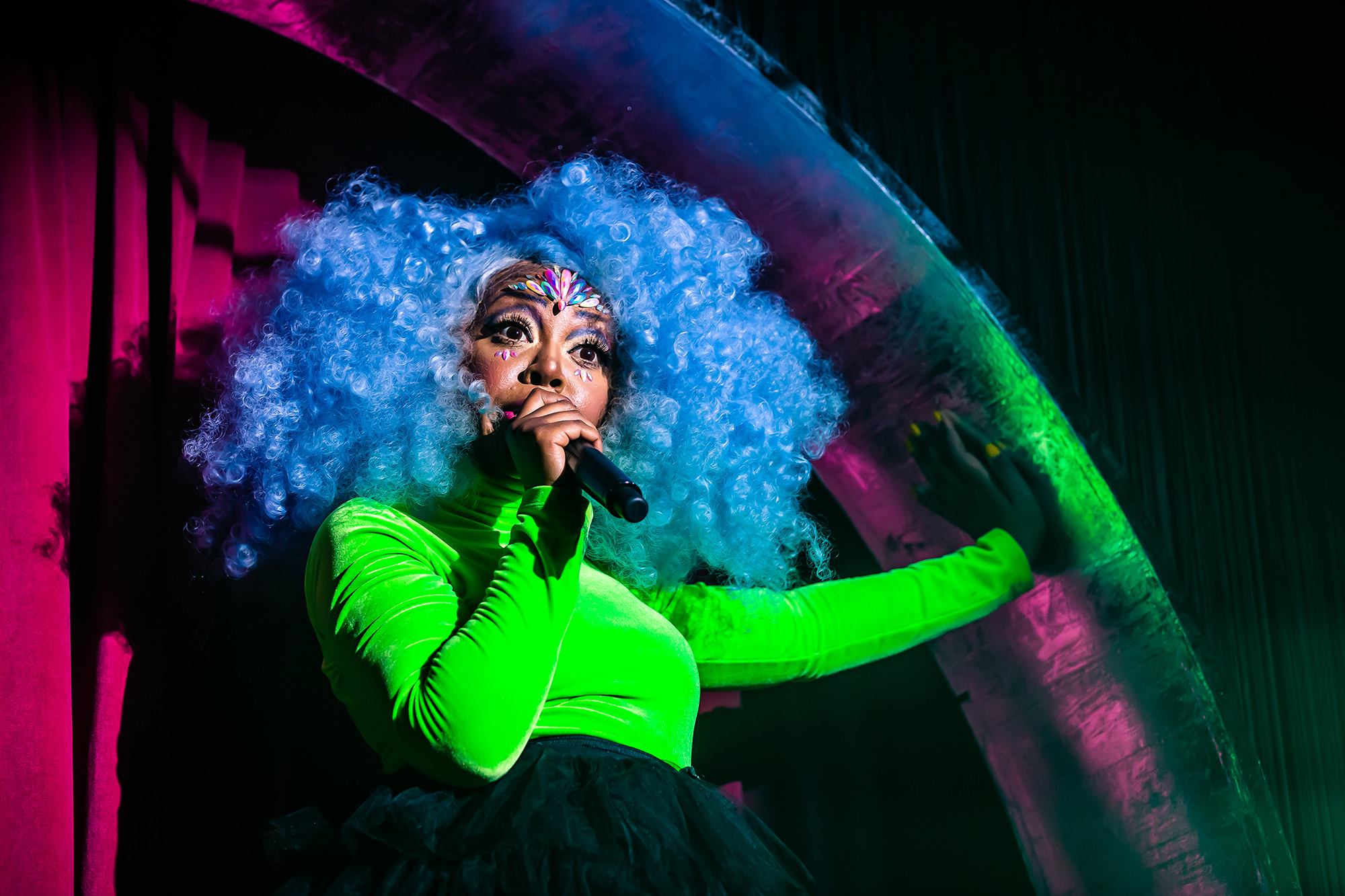 The physical world of Hole is certainly a weird one too. Designed by Cécile Trémolières, the eponymous Hole in the play’s title manifests in the form of literal holes onstage. These holes act as portals and burrows, with one allowing women to emerge as alternative beasts, adorned in glitzy costumes and out of this world headpieces and wigs. Hole, if we interpret it literally, could be seen as a pocket dimension in outer space, a fantastic, carnival-esque realm where aliens and black holes exist, yet, a safe one away from Earth where these women are allowed to be who they are, express themselves and do as they want. 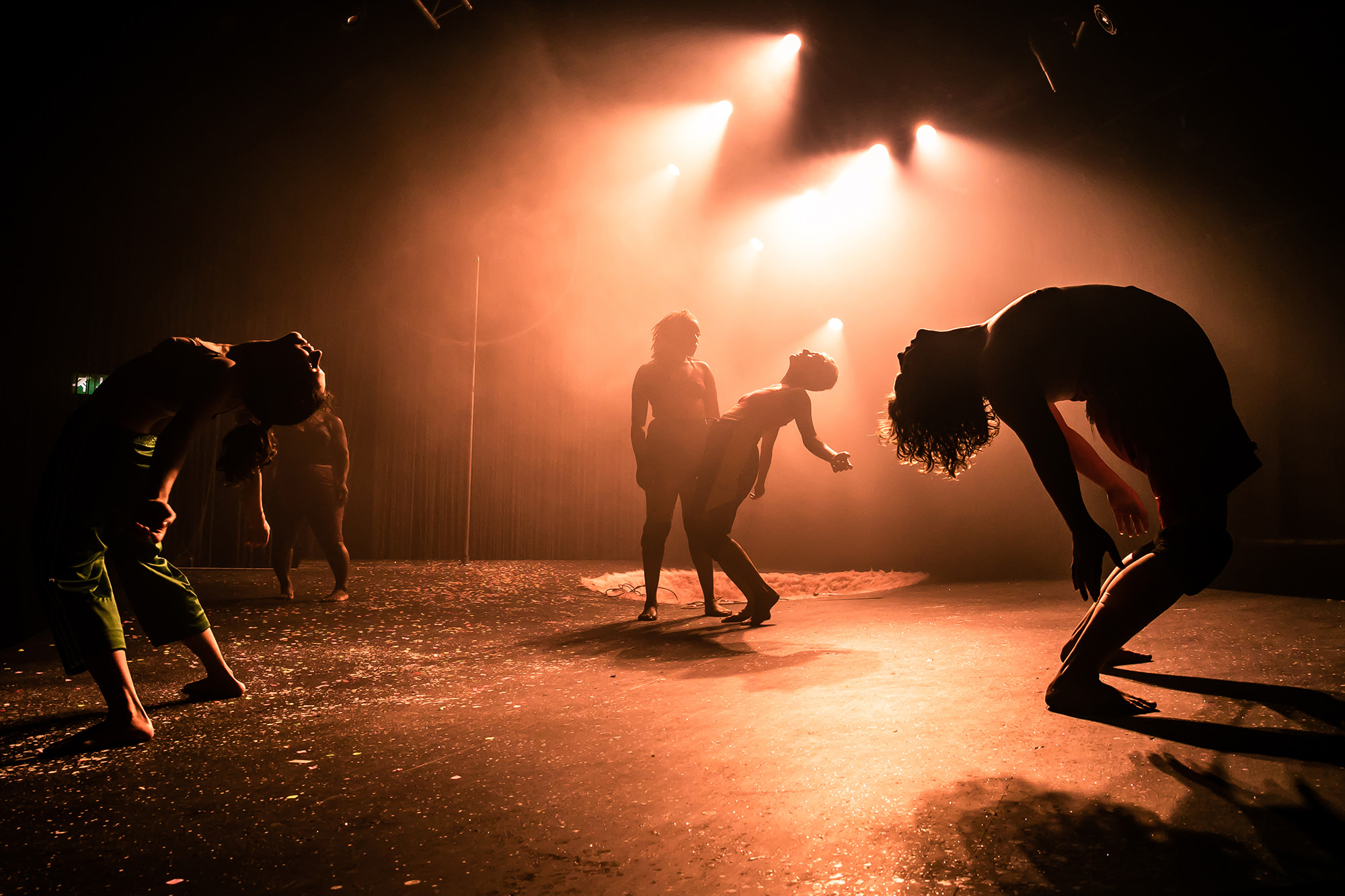 These women form a kind of extraterrestrial coven, their role as a group to protect and guard these holes, gateways to another dimension. Taking heed from their predecessors, mythical maligned women from Medusa to Pandora, they reclaim their strength and identity with confidence, each knowing their own uniques abilities and skills despite what society might tell them. 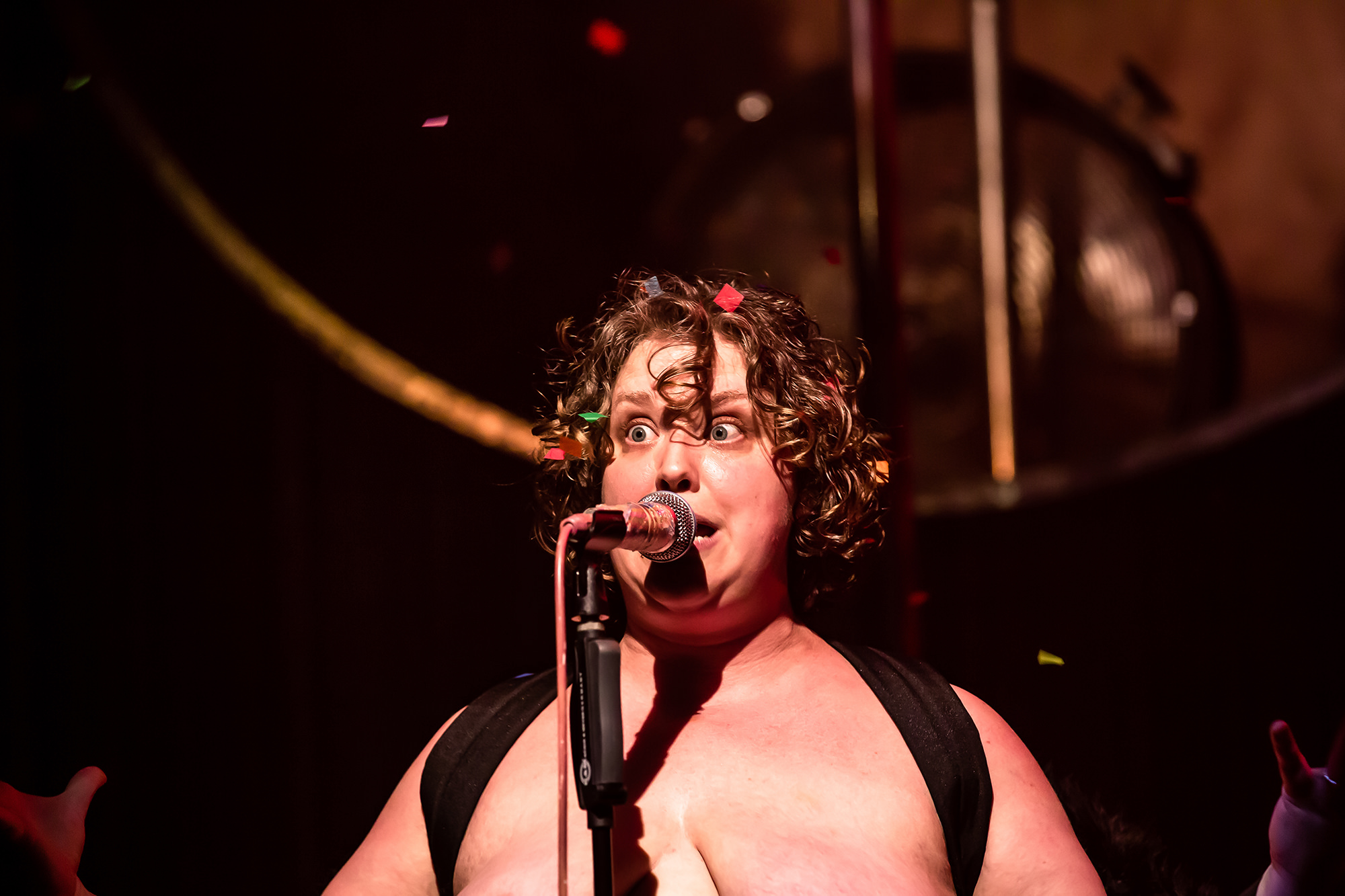 Burlesque star Rubyyy Jones, for example, so rarely seen outside of makeup, is here stripped down and bare-chested, embracing her big body and larger than life personality and being vulnerable, real with the audience. Cassie Layton on the other hand, plays the saxophone like a pro, while Ebony Bones wails and raps into the mic with gusto as the women gather and form a makeshift band. 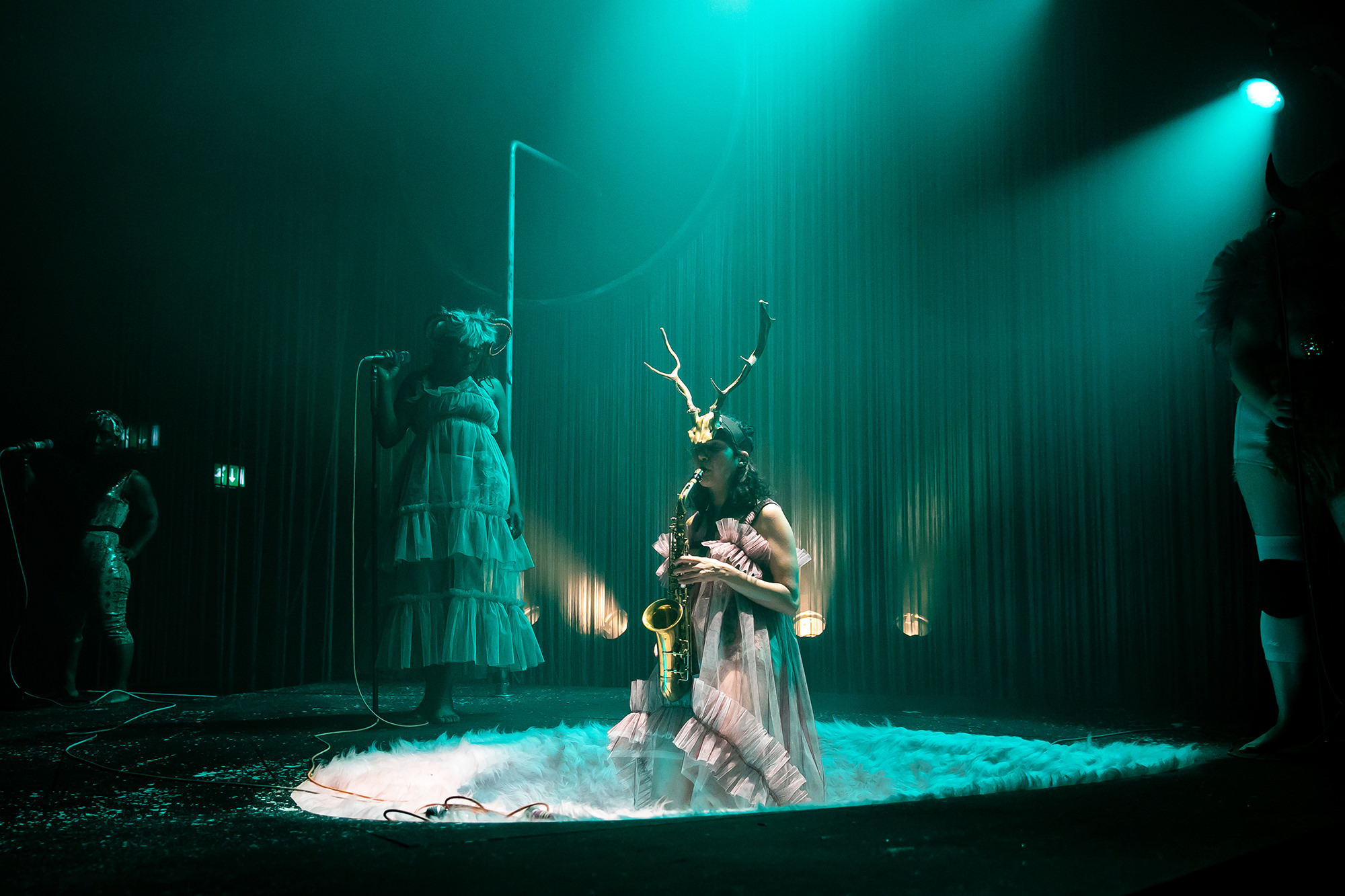 As they come together, they are a sultry girl group, yet there is a darkness that emanates from their performance. As a team, they are powerful, terrifying as they sprout wings that transform them into harpies, like the furies of Greek mythology, ready to rend men from limb to limb to protect themselves, as a group, from the horrors of the world. 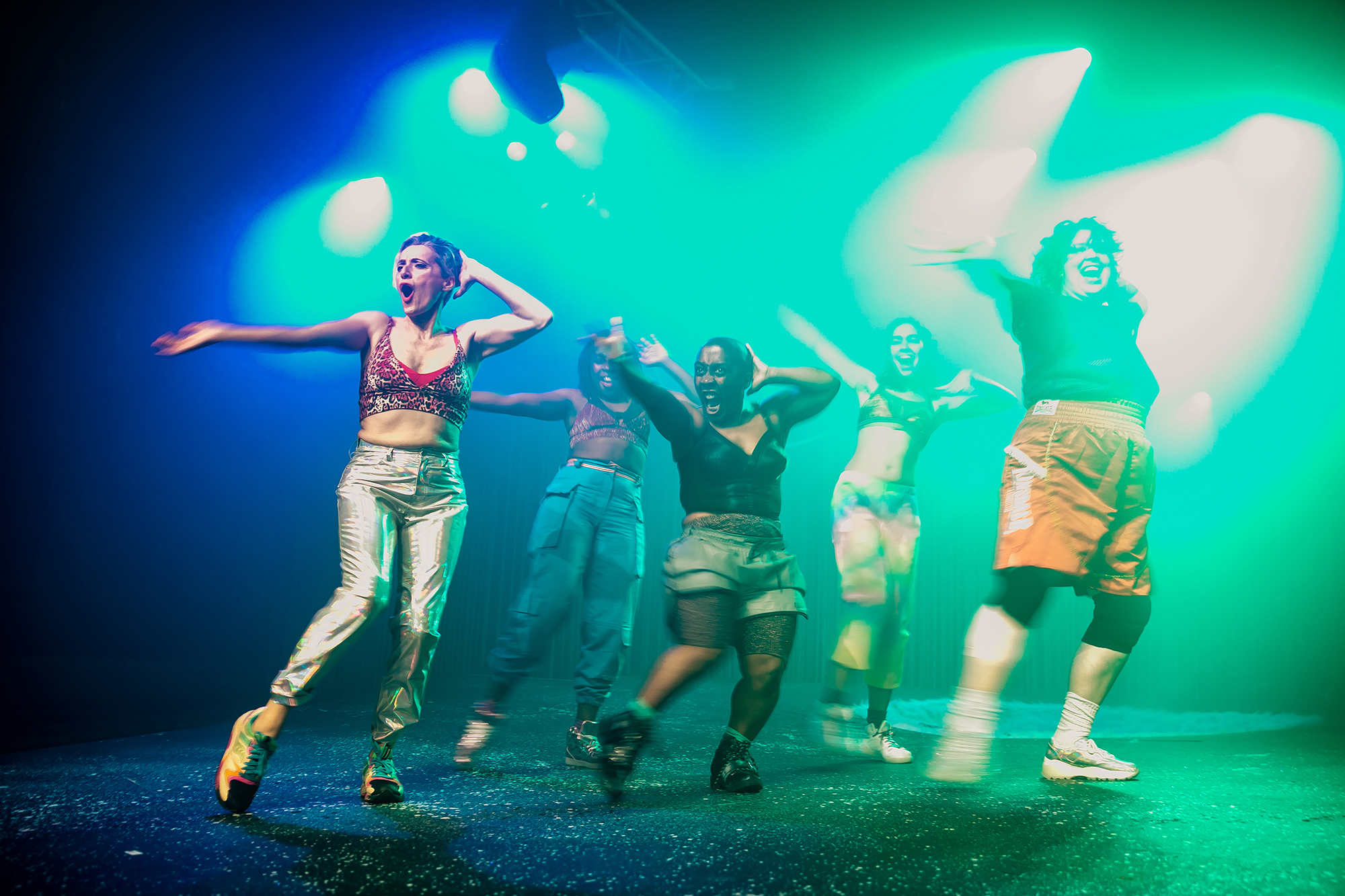 Hole ends ambiguously, unsure what lies ahead in the future as it ends on a command: “I need you to listen.” Amidst the glitz and glamour of this fierce production, we see these women for who they really are. These are not aliens, but ordinary women who simply want to do what they do best, and prove themselves more to be more than meets the eye. 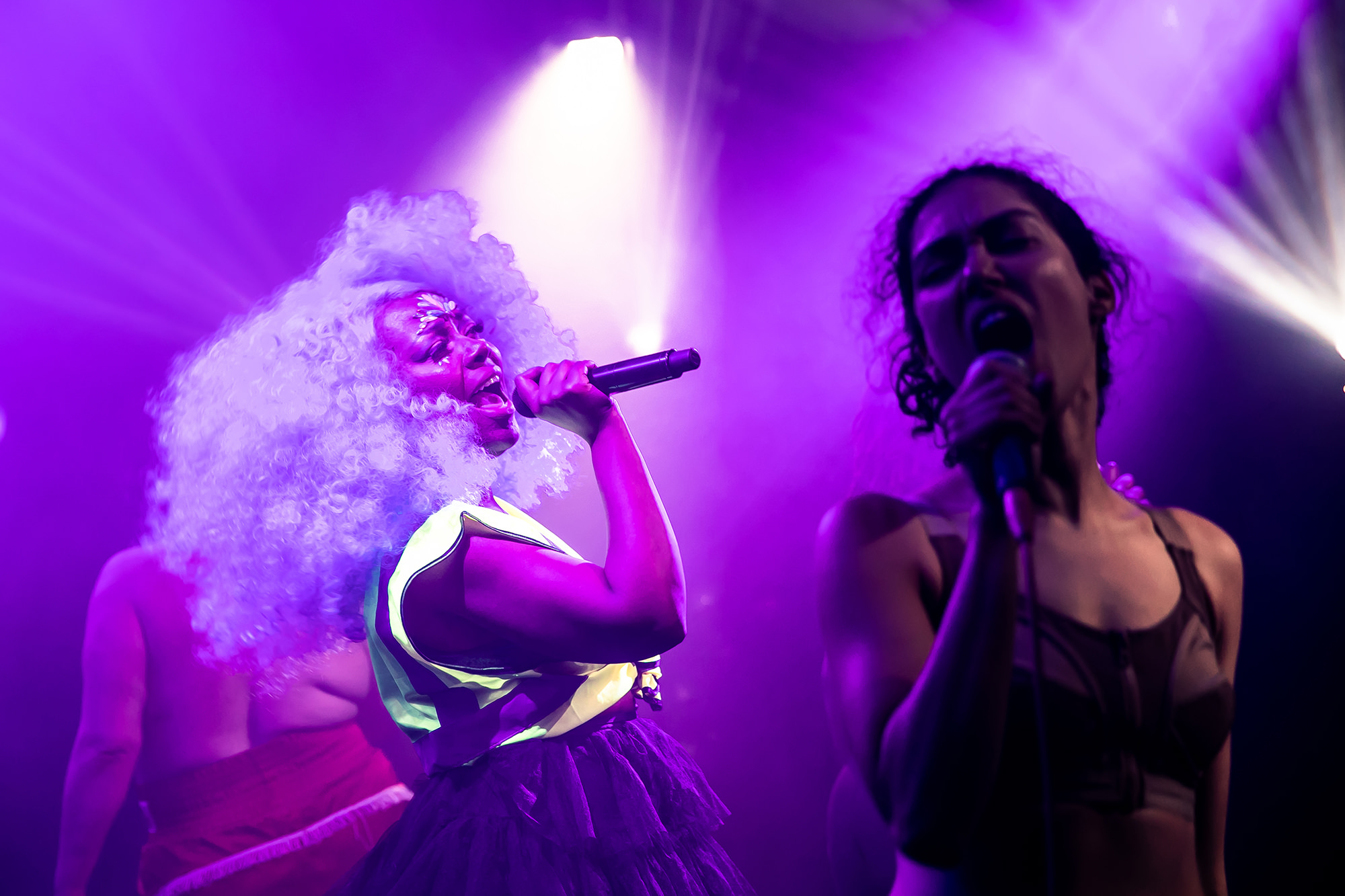 The women of Hole are a warning and a prediction of the primal reversion the female gender may face if they are left to rot in a metaphorical black hole, a natural evolution as they sprout wings and talons to face the savage world that greets them each day. Spunky, energetic and and expressive, Hole is a lush, angry vision of women forced into a corner at their most primal in a promising professional playwriting debut from Kendrick, as we are left wondering if even now, millennia later, anything can or will change for the better of womankind, lest we face their wrath to come. 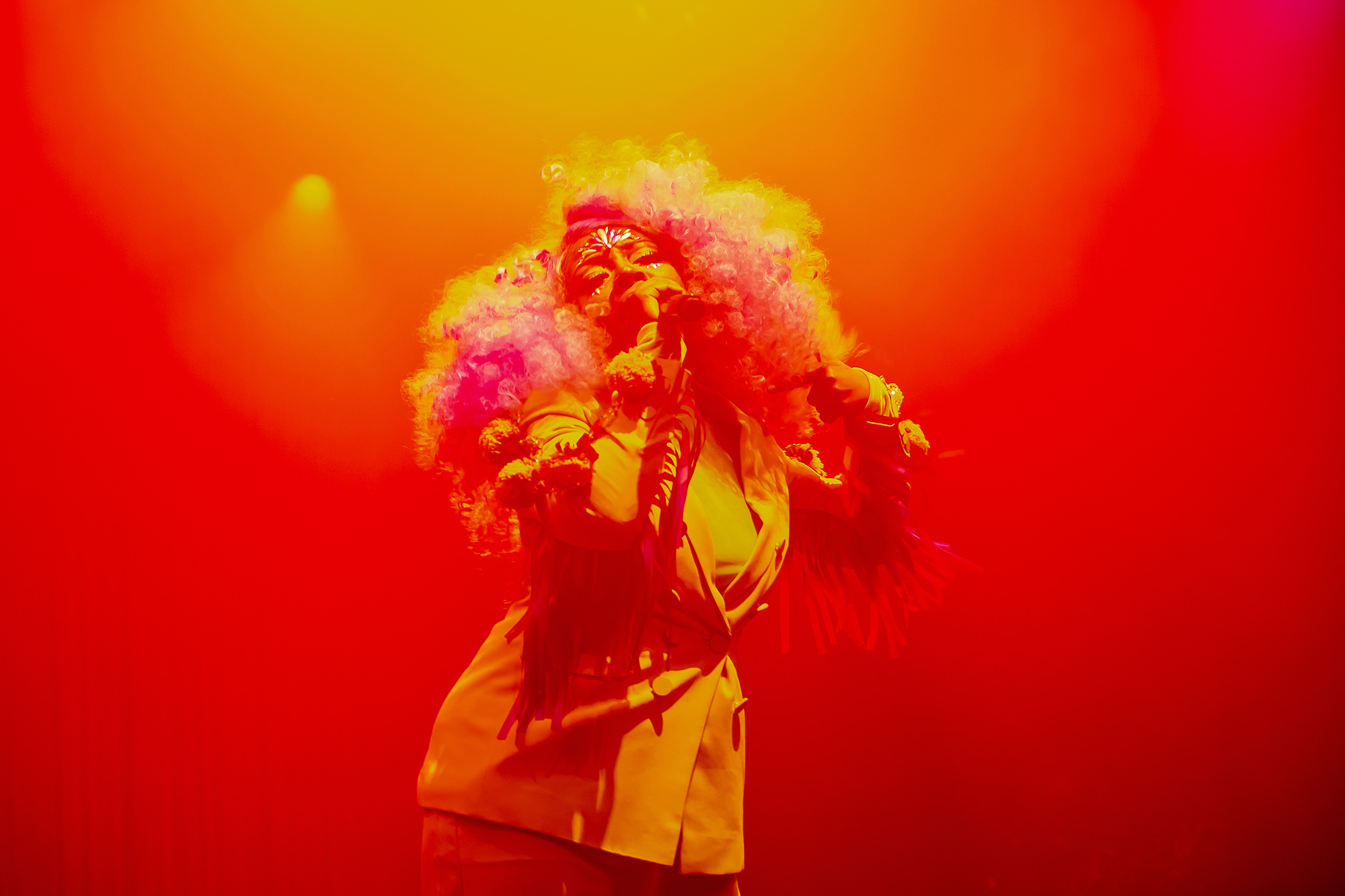 Photo Credit: The Other Richard