Singapore’s adopted home team HITO-Communications SUNWOLVES will take on South Africa’s SHARKS at the National Stadium tomorrow, in the first of two Super Rugby matches in Singapore this year. The SUNWOLVES return to the Southeast Asian city state coming off their first historic win here in June last year against the Bulls. They will be aiming to kick off their campaign with a winning start to their 2019 Super Rugby season with Saturday’s opener. 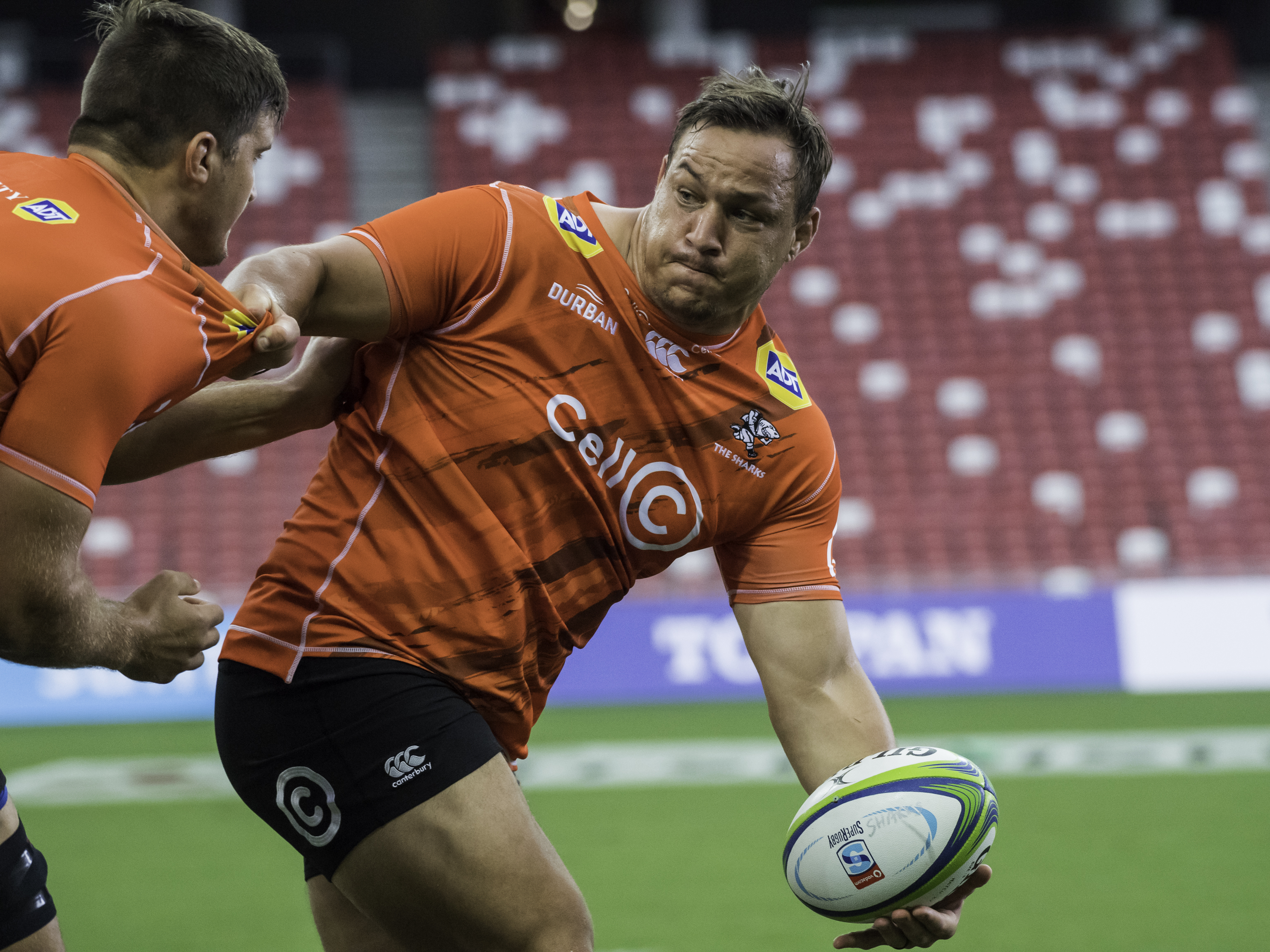 The SUNWOLVES arrived in Singapore on Wednesday fresh from pre-season training in Australia and are looking forward to the staunch support from their fans in Singapore. Last year’s win at the National Stadium saw them achieve their best Super Rugby record. The  SUNWOLVES are determined to boost their record this season, by clinching their first victory ever over the Durban side. 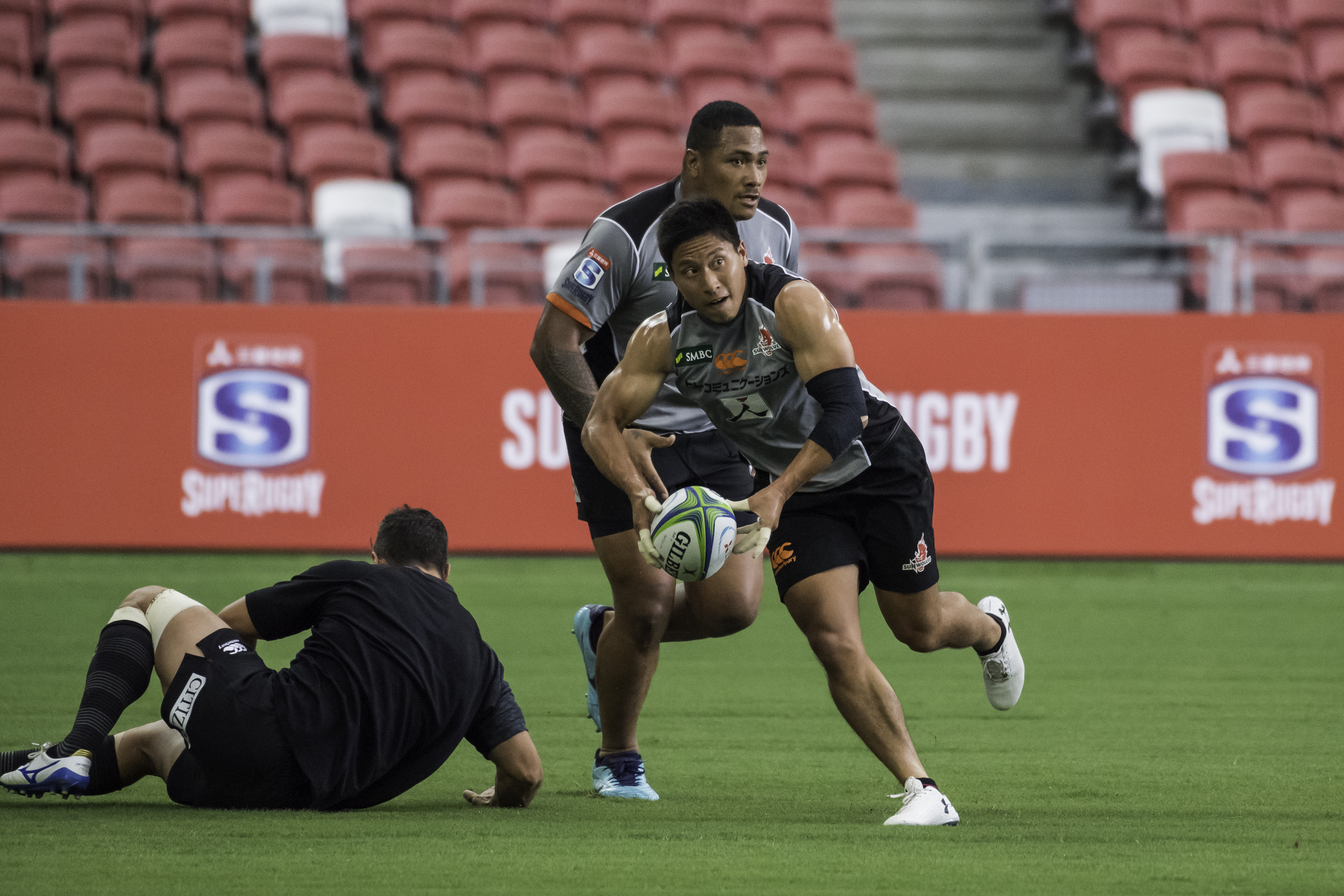 Head Coach Scott Hansen, who is taking charge of the side while Tony Brown is away on national duty with Japan, shared his thoughts on the team selection: “We’ve picked the best team for this occasion and how it’s been picked is through pre-season and the efforts that have been there. We also have players coming back from injury so we’re excited by the team we’ve picked for this occasion. Mikey (Michael Little) for example, just returned home from his wedding so he has come back into the team full of energy and we look forward to bringing Mikey on the pitch this weekend.” 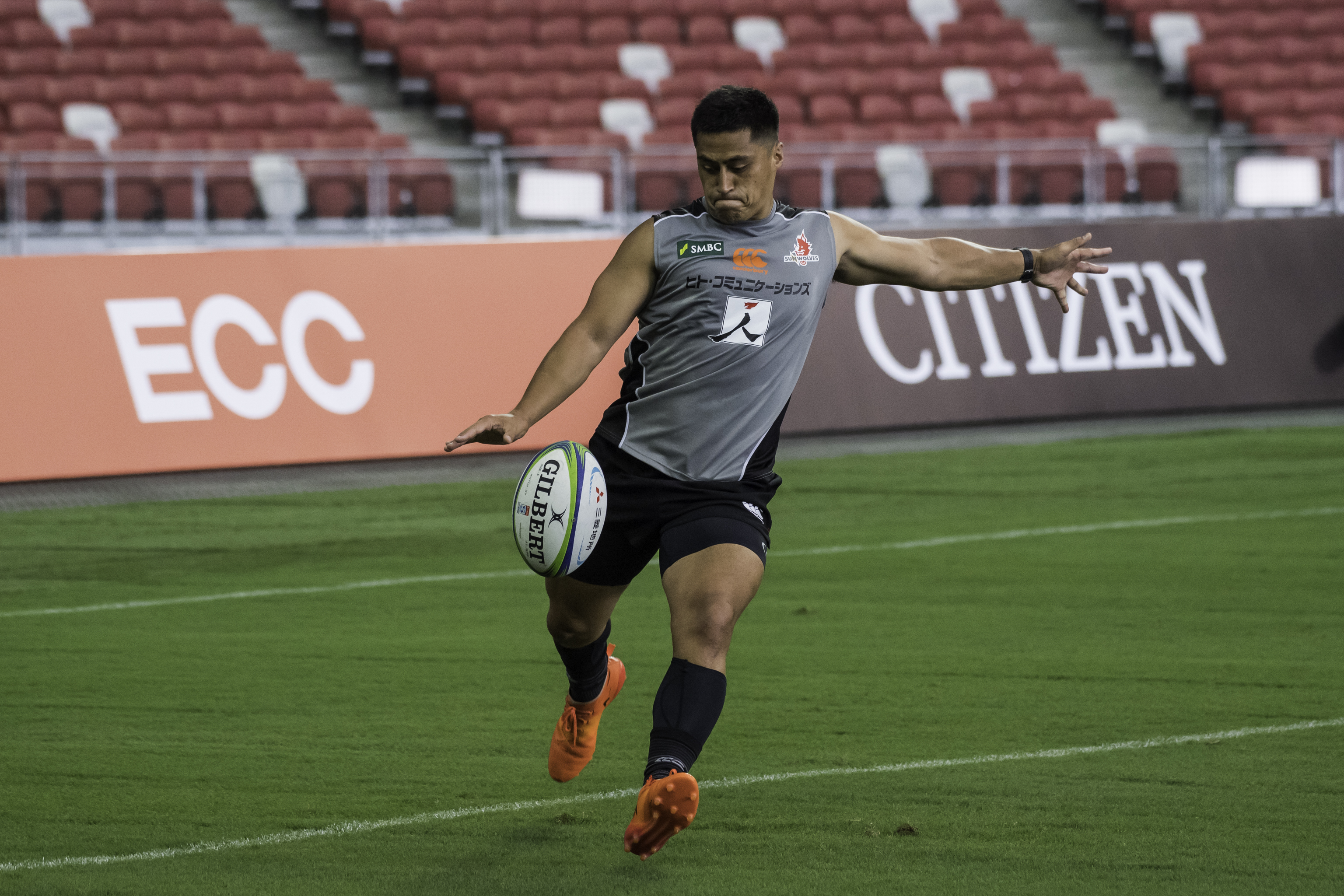 The SUNWOLVES and the SHARKS teams had their individual Captains Run’s at the National Stadium pitch earlier today to prepare for the upcoming match, and shared their excitement in playing tomorrow’s match in front of an exuberant crowd. 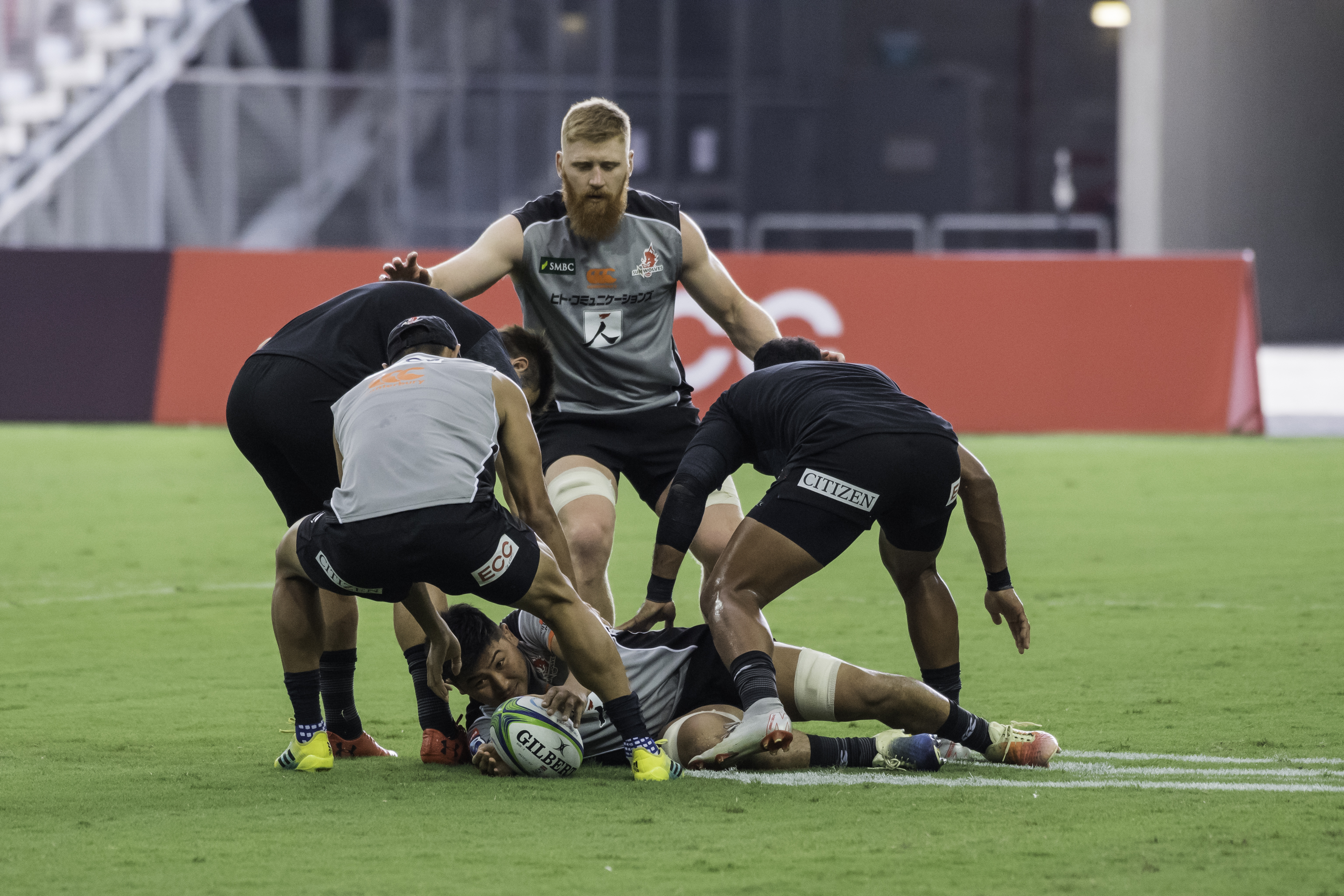 Said SUNWOLVES Co-Captain Michael Little: “We love being here in Singapore and it’s an awesome occasion. There are fabulous fans here and whether it’s in Tokyo or in Singapore, we want to give it our best. We are going to play our Sunwolves style of rugby so I look forward to it.” 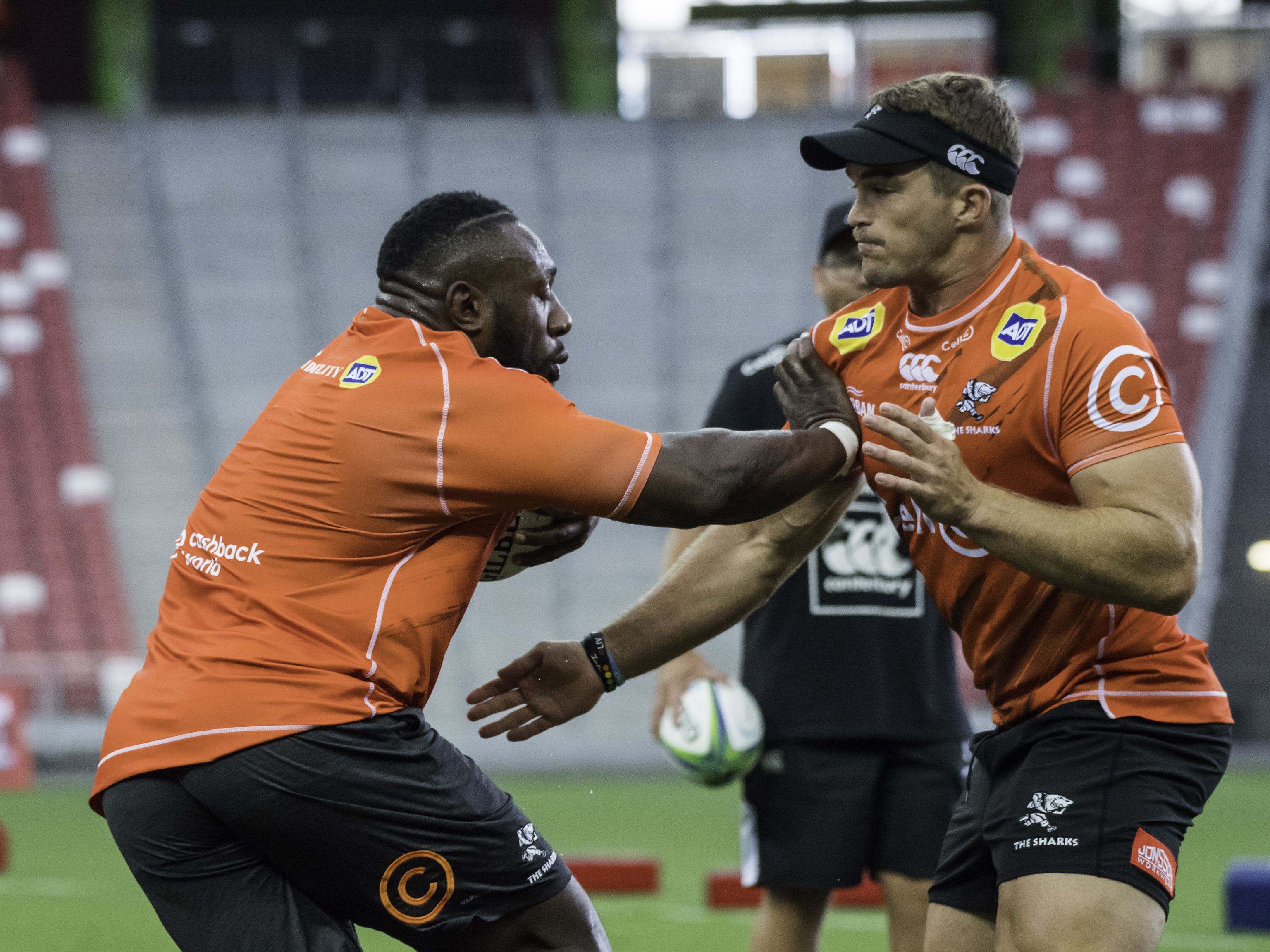 The SHARKS will be looking to replicate last season’s success and at a minimum reach the knockout stages of the competition by having a clear and strong game plan coming into Saturday. “We’re used to this type of weather. We’re going to have to look more for the ball, so that means set pieces are absolutely vital for us. We had a great session today and we’ve done all our preparation back home,” shared SHARKS Coach Robert du Preez. 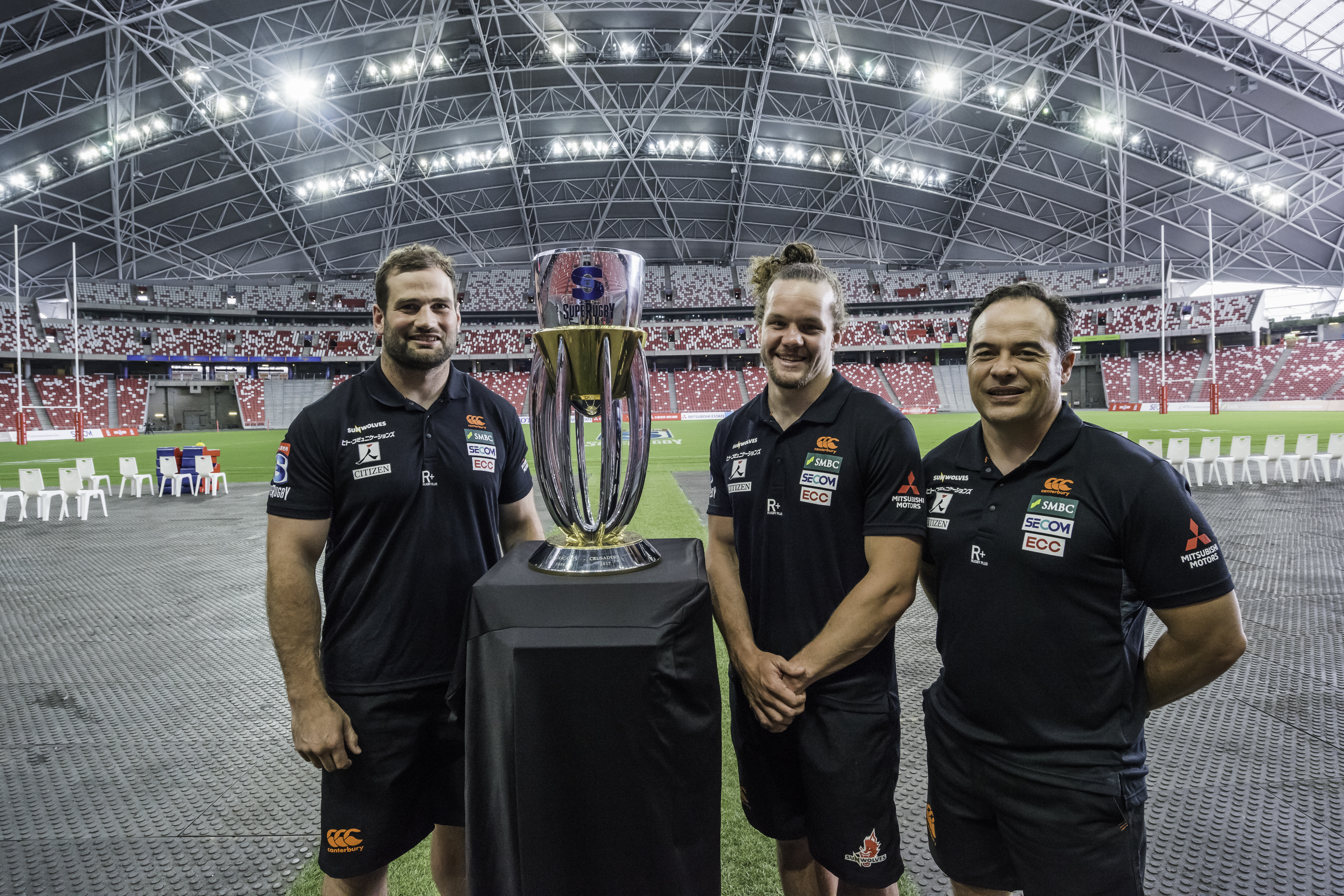 SHARKS Captain Louis Schreuder added: “I think my focus for us this week, as well as any other weeks, will be ourselves and do what we want to do. Obviously, it is the start of the competition, with it being the first game we want to start off well. So we will focus on ourselves now.”

To celebrate the upcoming Super Rugby season, Singapore Sports Hub is running a lucky draw ticket promotion that will see a lucky winner claim a trip for two to Japan. To participate in the lucky draw, individuals will need to purchase a Platinum, Season Pass or Category 1 Super Rugby 2019 match ticket. The chances of winning are doubled with the purchase of Season Pass or Platinum tickets. The prize consists of a pair of return flights to Japan, two nights’ accommodation and two tickets to watch an international rugby match in 2019.

0 comments on “Super Rugby 2019: SUNWOLVES Determined to Boost Their Record This Season As They Take On Sharks”