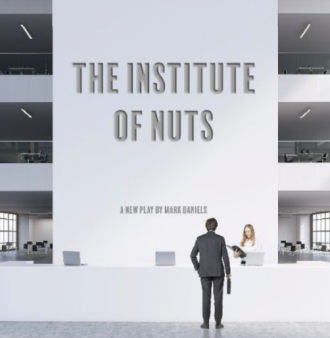 Matchstick Theatre welcomes you to The Institute of Nuts, a crazy school-cum-retreat-cum-prison where people’s names are letters and their reasons for being there are…mysterious, to say the least. Here, the school is run by E and M, and O, P and B do whatever they’re told. Until a rebellion begins. B arrives for his first day, ready to learn how to be a success in the wider world. Gradually things go from funny to farcical, and the skills he learns, such as strength and bravery, go from important and desirable to ridiculous and even threatening. The students protest and discover what The Institute is really all about.

This darkly comic play is set to tackle issues of toxic masculinity and whether even the most woke amongst us are calling it out in the best way, questioning our current narratives and societal setups and the unnecessary pressures placed on both men and women by the patriarchy, as Matchstick Theatre continues to champion and produce new writing across London’s fringe scene with another exciting production ahead, sure to speak the gender anxieties of the present.

0 comments on “In London’s (Off) West End 2019: The Institute of Nuts by Matchstick Theatre (Preview)”