Chris Bavin is one heck of a character: as the co-host of BBC1’s hugely successful series Eat Well For Less since its inception in 2015, Chris swells with confidence, an easygoing nature and plenty of practical knowledge, making him instantly likeable and a star from the outset, one we’ve followed closely on the BBC and lap up eagerly with every premiere.

Eat Well For Less is a show where Bavin and co-host Greg Wallace (best known as a judge on Masterchef) visit the homes of various families in the UK, giving them advice on how best to change their dietary habits in order to, well, eat well, for less money. It’s a simple enough premise, but already, the show has enjoyed millions of view per series, not just in the UK, but even garnering a sizeable global audience who’ve fallen in love with its charms and applied the show’s many lessons to their own lives. Says Chris: “The issues we deal with on the show aren’t exclusive to the UK, with advice and practices we share applicable to people everywhere.” 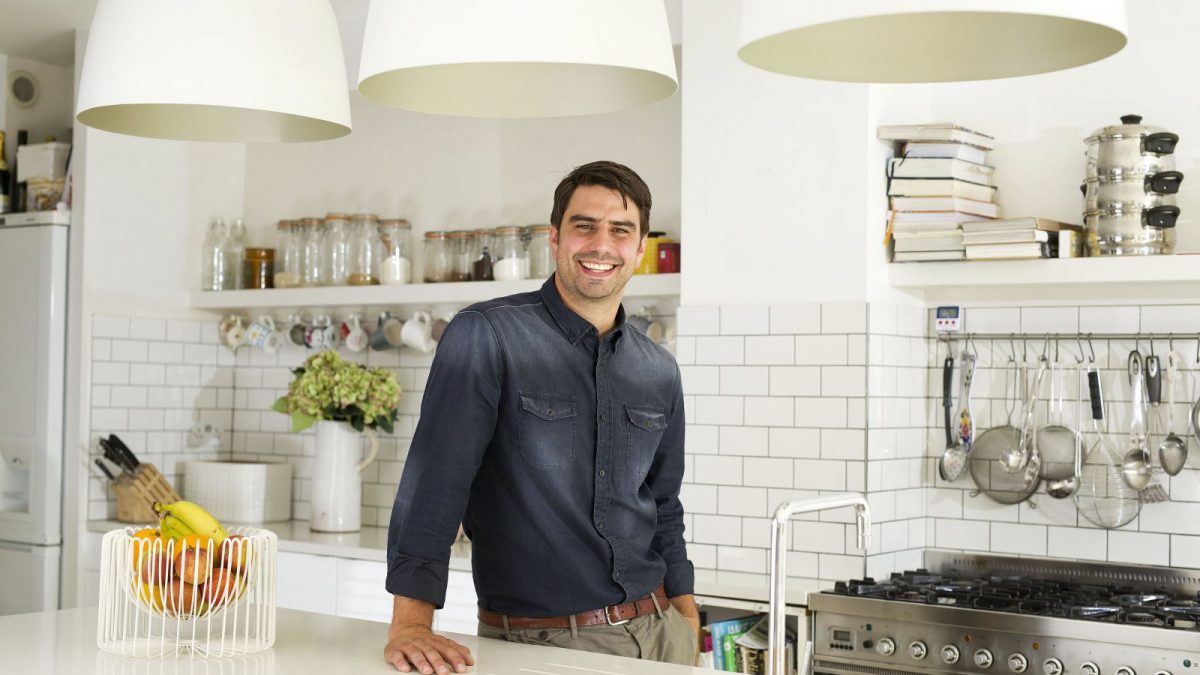 It should come as no surprise then that Chris gets so much of his expertise from his life before TV, with his very first job being a junior flower trader. Having spent many of his working days across various wholesale markets across the UK, Chris then went on to enter the fruit and vegetable trade, dabbling in all areas of fresh produce from importing to wholesaling, retailing to catering, before finally being approached by a TV company in 2011. Says Chris on this discovery: “It was never something that crossed my mind, being on TV. I was selling fruits and vegetables from all over the world before I was spotted by a company, and asked to appear on television. We met up a couple of times, made a pilot, got commissioned by the BBC since they like it, and the rest is history.” 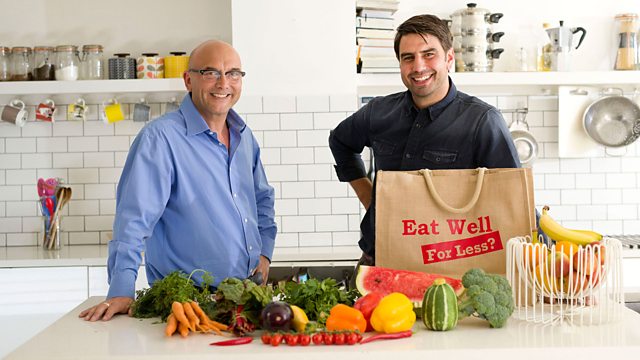 Underlying most of Chris’ advice is the one philosophy he goes by – to avoid processed foods as much as possible. Says Chris: “The main thing really, is just to cook from scratch. People these days are doing it less and less because it’s just so convenient to grab a ready meal and heat it up in the microwave. The reality is, while the ingredients are very simple, it’s actually much more expensive, and they have so many additives in it. By cooking it from scratch, it’s healthier, and also more cost-effective.”

“But that’s not to say you shouldn’t also be able to eat what you want,” he adds. “I’ve worked with lots of dieticians and food scientists, and we really don’t want to demonize any food or feel guilt for eating them. It’s all about balance – if you want a cake or biscuit, then have it. But to balance it out, eat more fruits and veggies and plant based foods too.” 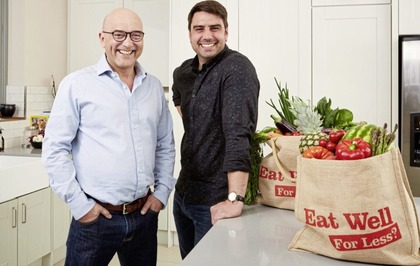 Besides Eat Well For Less, Chris remains busy as co-presenter of BBC1’s returning series Food: Truth or Scare with Gloria Hunniford, and was also a presenter on BBC2’s series Britain in Bloom and a judge on BBC1’s new competition series Britain’s Best Home Cook with Mary Berry and Chef Dan Doherty. Of course, Eat Well For Less always will have a special place in his heart, and knowing that each year it only gains more viewers and grows from strength to strength is a source of pride and joy. Says Chris: “The show is constantly improving, and we’ve had to expand our knowledge base year on year to accommodate the changing landscape. It’s always fascinating to see what unique allergies people have, like gluten or dairy, the growing trend of vegetarianism, and how all these different challenges come together within the same family.”

“The core of the show remains the same,” he continues. “You cook together and eat together, but we’re here to put a pause button on the show and think, is that the best option? We’re never here to come in and completely upend their lives. That’s a method that definitely won’t last, and we make sure we give them practical, sustainable changes to apply.” 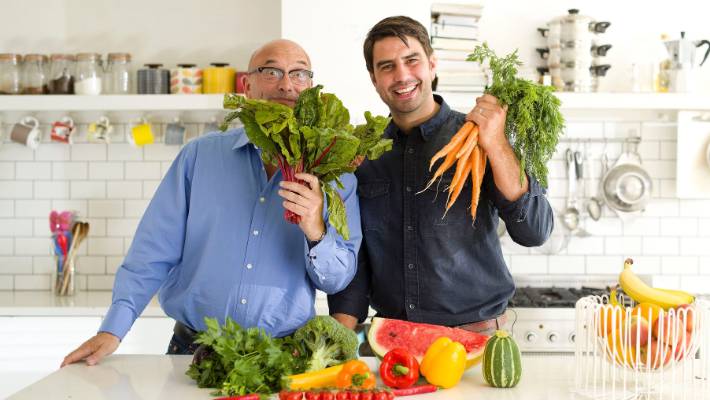 On why he continues to work on the show, Chris reveals the most rewarding part of it all – the amazing people he’s met onset over the years. “Some people, you really just catch them at the right time, just when they need change the most, and often, we find people in tears when we leave because of just how thankful they are we came in when we did, whether it’s for health or financial reasons. We don’t just leave them when we’re done either – the production company keeps in touch with them and keeps it going, and it’s really positive to hear how people’s lives have changed since. But it’s especially when I hear from people on the street whose own lives have been changed that makes me realise what a privilege it is to work on this show – people have told me they’ve lost 8 stone, or managed to save enough money to buy a new kitchen or go on holiday, and that to me, is just amazing.” 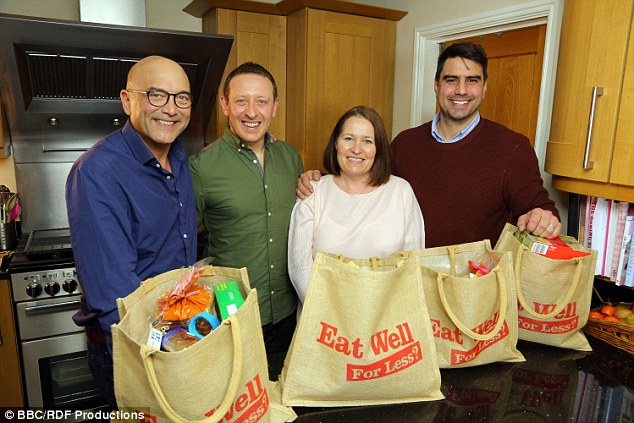 Now based in Surrey with his wife Millie and their children, Chris also applies his teachings to his own family, finding as much time as he can to spend with them while not busy shooting. “Television is really quite an unpredictable industry, but it’s all good, solid fun,” he says. “I hope to revisit grocery as a career, but it’s quite difficult with the schedule, not to mention having to bring up a young family, but I do plan on going back to it some day, perhaps on the side. I honestly feel really happy bringing these lessons from the show and going back to aply them to my own family. My own two boys, I’ve got them growing things in the garden, spend time cooking with me, and it’s just so important to pass down all these lessons from generation to generation and show them what it’s all about.” 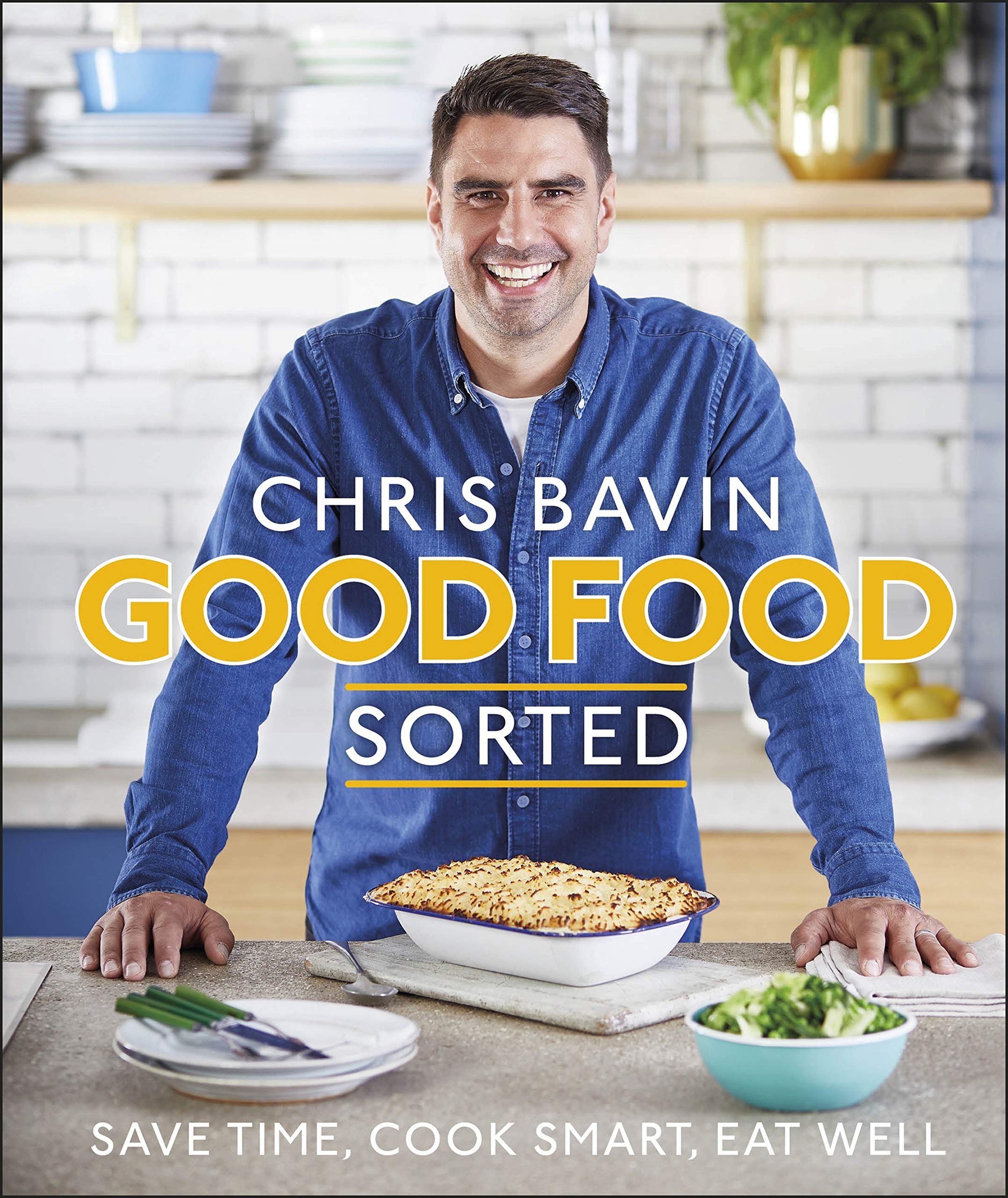 As for what’s next for Chris, Series 6 of Eat Well For Less is on the horizon, and he’s even released his own book, titled Good Food Sorted, available online and in stores, and continuing to promote his philosophy of good, affordable cooking. Says Chris: “I hope that Eat Well For Less continues on for many more series, and continues to help more people along the way. Food inflation is a real thing – prices are only going to rise in future, with the costs of land, water, heating and transportation all contributing to that. But people still need to eat well and keep healthy while remaining within budget, so the principle of Eat Well For Less can only become more important as time goes by.”

He concludes: “I guess in essence, I want to continue getting involved in positive projects, and really just want to do things to help people improve their lives, looking at their diets to get them to eat better while still helping them save money.”

0 comments on “Television Time: An Interview with Host Chris Bavin of BBC’s Eat Well For Less”