★★★☆☆ (Attended 8/11/19)
Intercultural presentation driving home the fact that no dream is achieved without sacrifice, while commenting on the cultural violence of colonialism and orientalism.

What does it take to achieve a dream? And for that matter, what happens when that dream necessitates the destruction of someone else’s? As the culmination of the 2019 Southernmost Festival, Journey to a Dream asks all these questions and more, bringing together all seven festival participants in a single performance, as co-directed by Liu Xiaoyi (Emergency Stairs, Singapore) and Danny Yung (Zuni Icosahedron, Hong Kong).

Taking elements from Danny Yung’s The Interrupted Dream (Hong Kong, 2019), Journey to a Dream has its origins rooted in Javanese dancer Didik Nini Thowok’s adaptation of kunqu opera The Peony Pavilion, weaving together moments inspired by several points in history, ranging from the French courts of Louis XIV, to Sir Stamford Raffles’ founding of Singapore, to the Hong Kong riots of today. 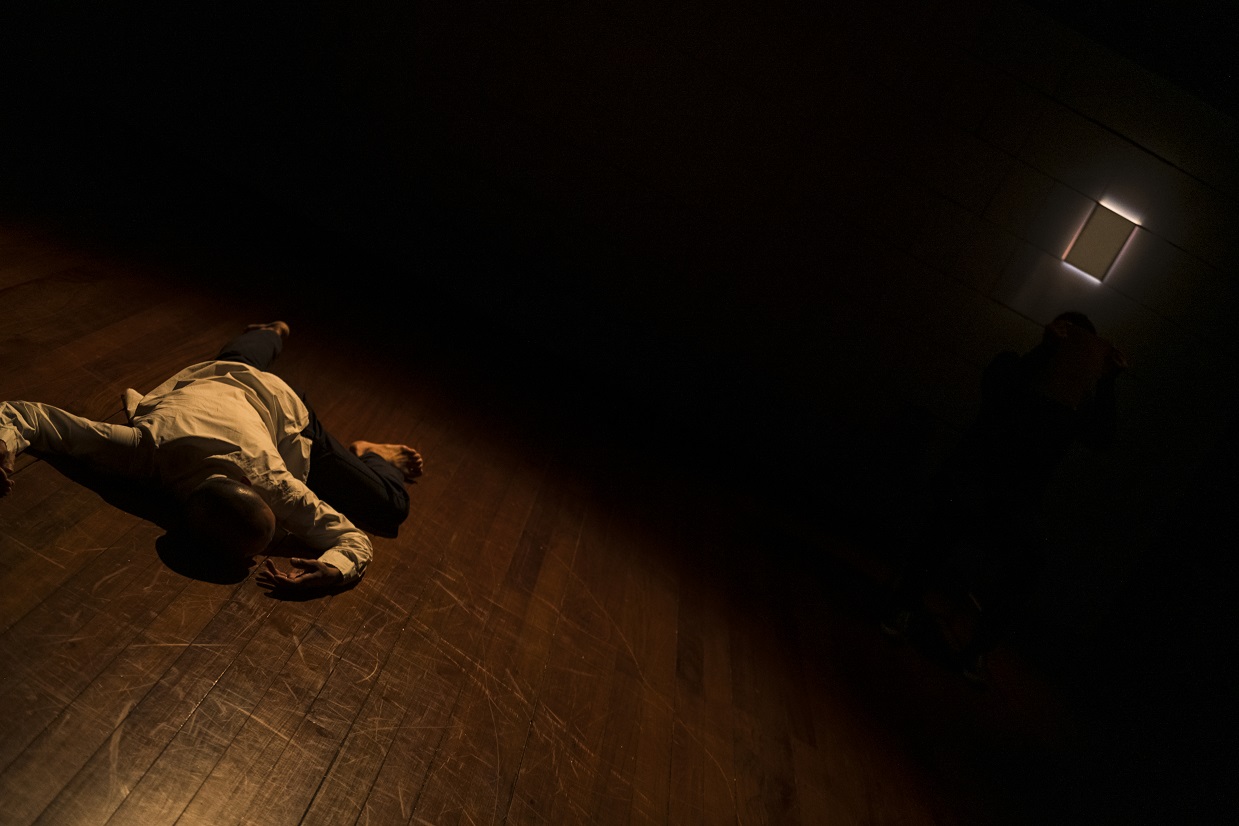 With Journey to a Dream, Southernmost Festival seems to have hit upon a performance structure and format that works well for them, following in the same vein as last year’s Journey to Nowhere. Similar to last year, the stage is set up with a single board covered in sheets of blank white paper. Nget Rady lies face down on the floor, unmoving, while we hear the sound of a street protest begin to play, growing in volume as Nattapon Wannaun enters, crossing the stage slowly, briefly examining Nget Rady, before leaving through the other side, while Amin Farid, seated facing the same direction as the audience, watches it all unfold before his eyes. A chair is placed over Nget Rady, as if trapping and pinning him to the position. 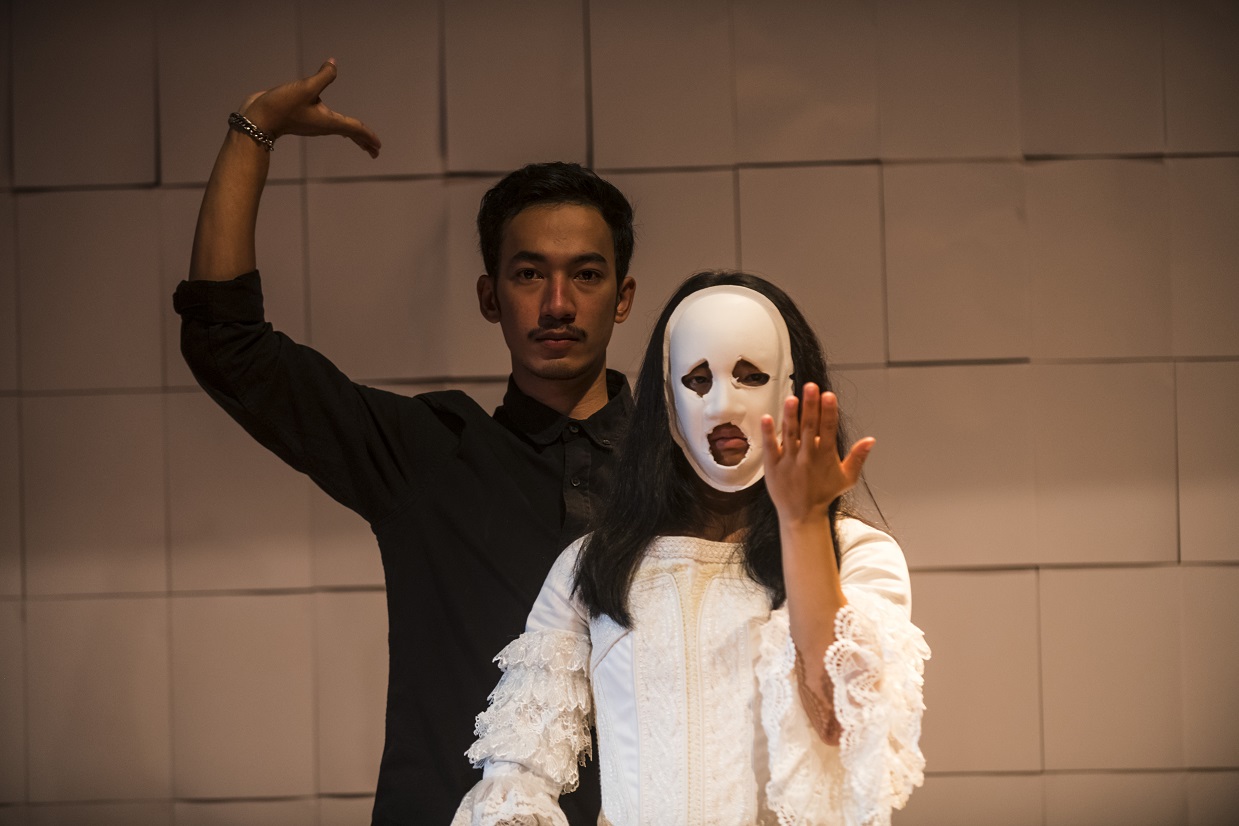 We see a projection of a grainy collection of pixels, slowly zooming out to reveal three Chinese figures as statues to see the full picture. The projection fades, and we are given a brief text describing the French court’s historical obsession over chinoiserie and oriental culture, before it begins to show various phrases each containing the word ‘dream’ (‘梦’), one after the other. Sabrina Sng enters in an elaborate, white and lacy French court dress, donning a white mask whose mouth has been locked into an eternal scream, as she stands at the side and faces us, horrified at the events that are about to unfold as culture is mixed, melded, and changed before our very eyes. 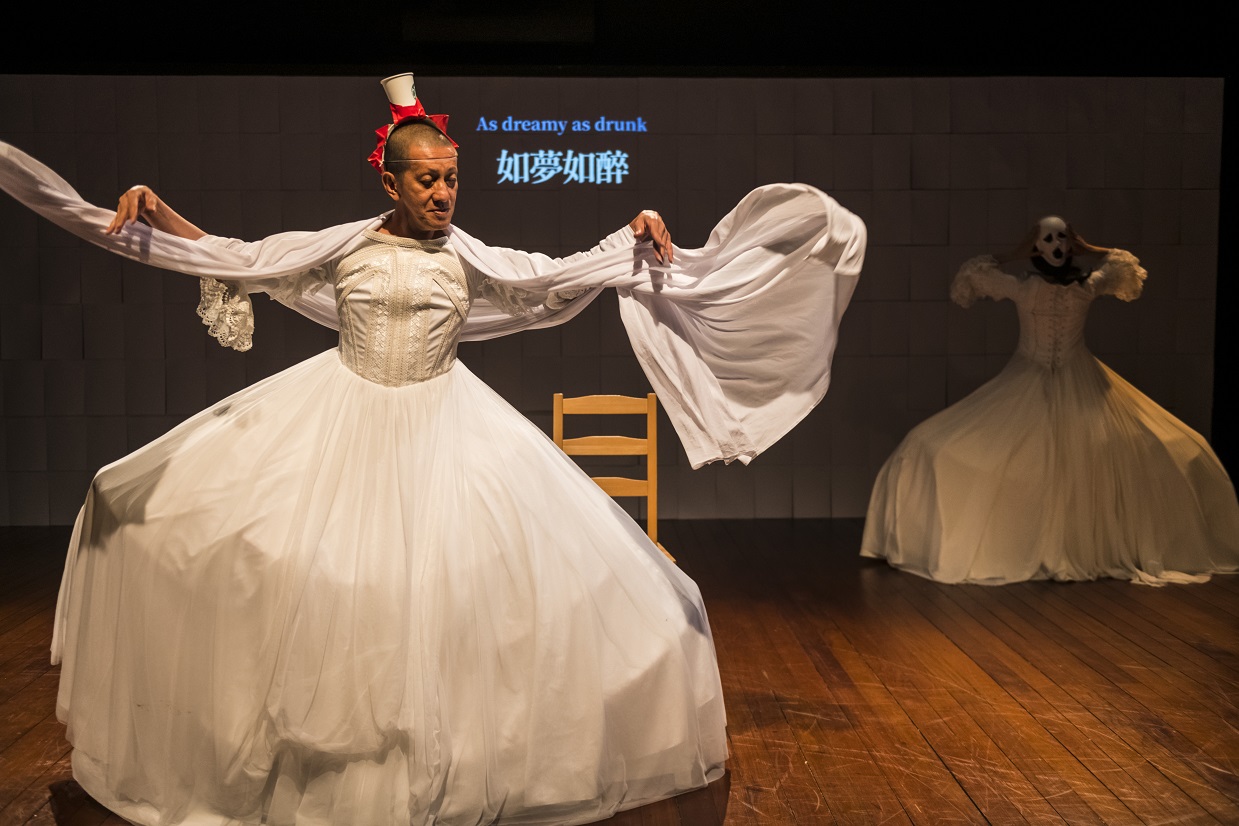 From here, we enter a feverish mix of performing art forms as various cultures come together, at times clashing, at times in sync. Didik Nini Thowok (known for his female impersonations in Javanese/Balinese dance) arrives in an identical French court dress to Sabrina, performing his Bahasa Indonesia take on The Peony Pavilion. He leaves, and Kunqu opera veteran Shen Yili arrives onstage, also in a French court dress and performing elements of the original The Peony Pavilion before she is interrupted by Amin. 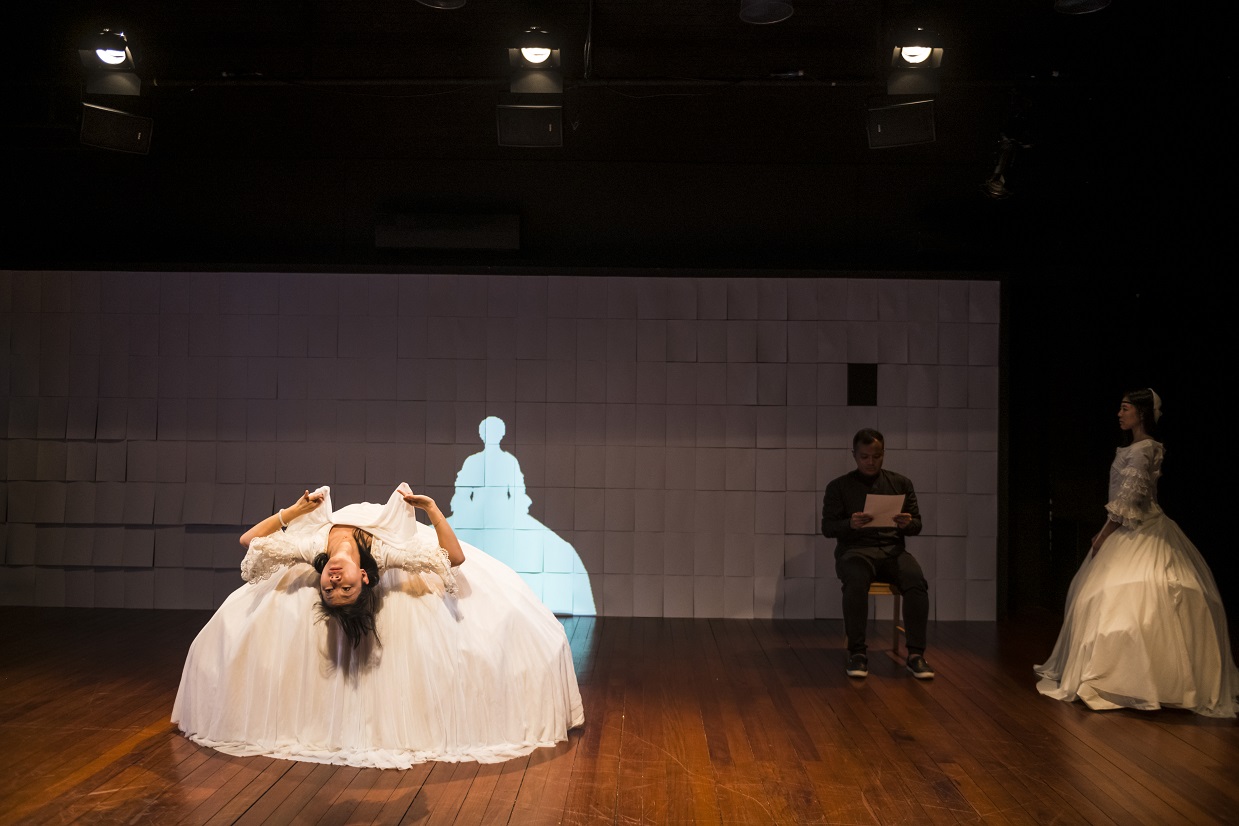 Amin teaches her how to sing traditional folk song Dayung Sampan, and she learns it line by line, seemingly having perfected it before she loses it all again, giggling and singing hysterically as she leaves the space, her voice still audible from outside. Amin himself seems to take on a strange double role, as he observes the fallen Rady on the floor, folding his arms like the statue of Stamford Raffles, as if he is embodying the role of the coloniser. He later takes a blank piece of paper from the wall, taking a seat beside Sabrina and now facing us, staring at the paper as if attempting to hide his face. 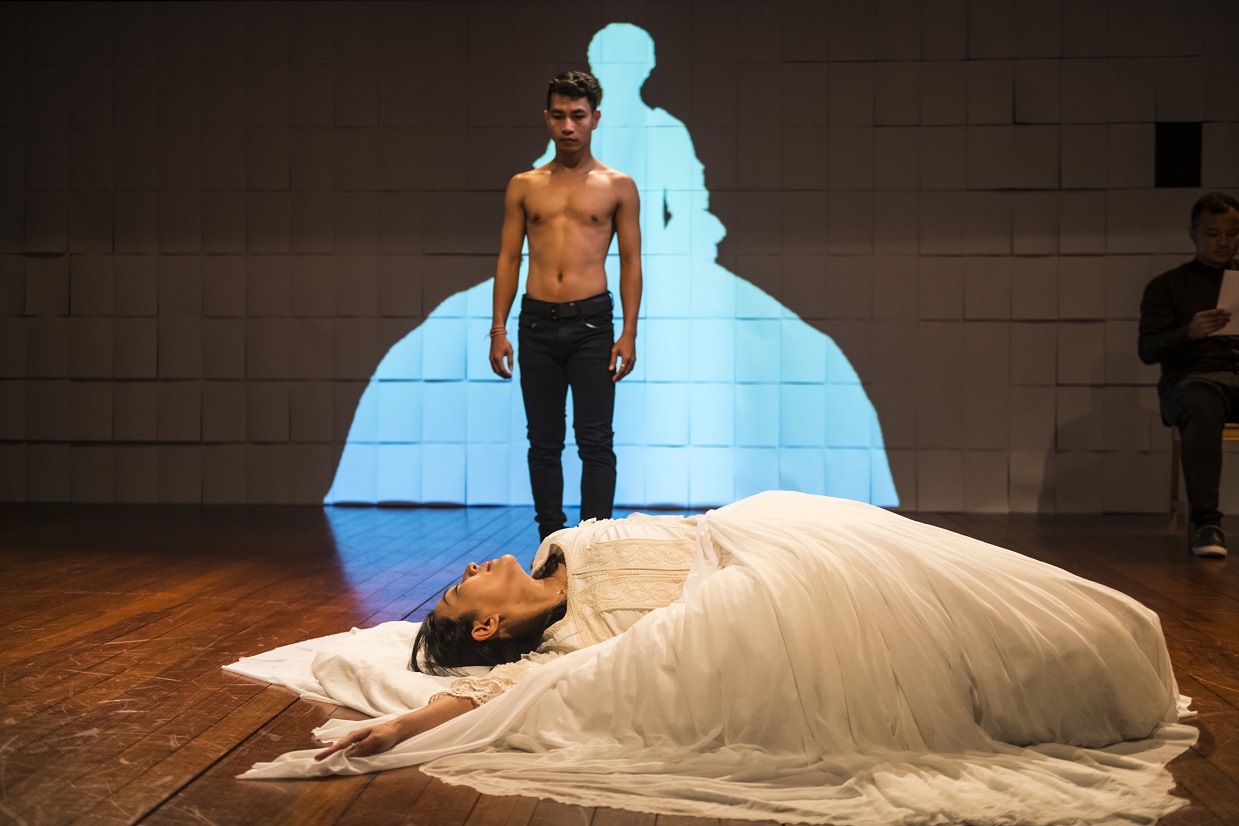 All these actions and activities seem to pass commentary on the West’s history of cultural appropriation, and transforming it into a bizarro version of the original in their eyes. Where the Asian art forms seem to find greater ease of mixing and melding with each other, the West (with no obvious cultural practice displayed) only serves to take and corrupt what they enjoy of these Eastern cultures. The dream of the West necessitates the destruction of the East, and it seems that some form of communication breakdown has happened between both cultures, neither able to come to a consensus or middle ground to create something truly intercultural. 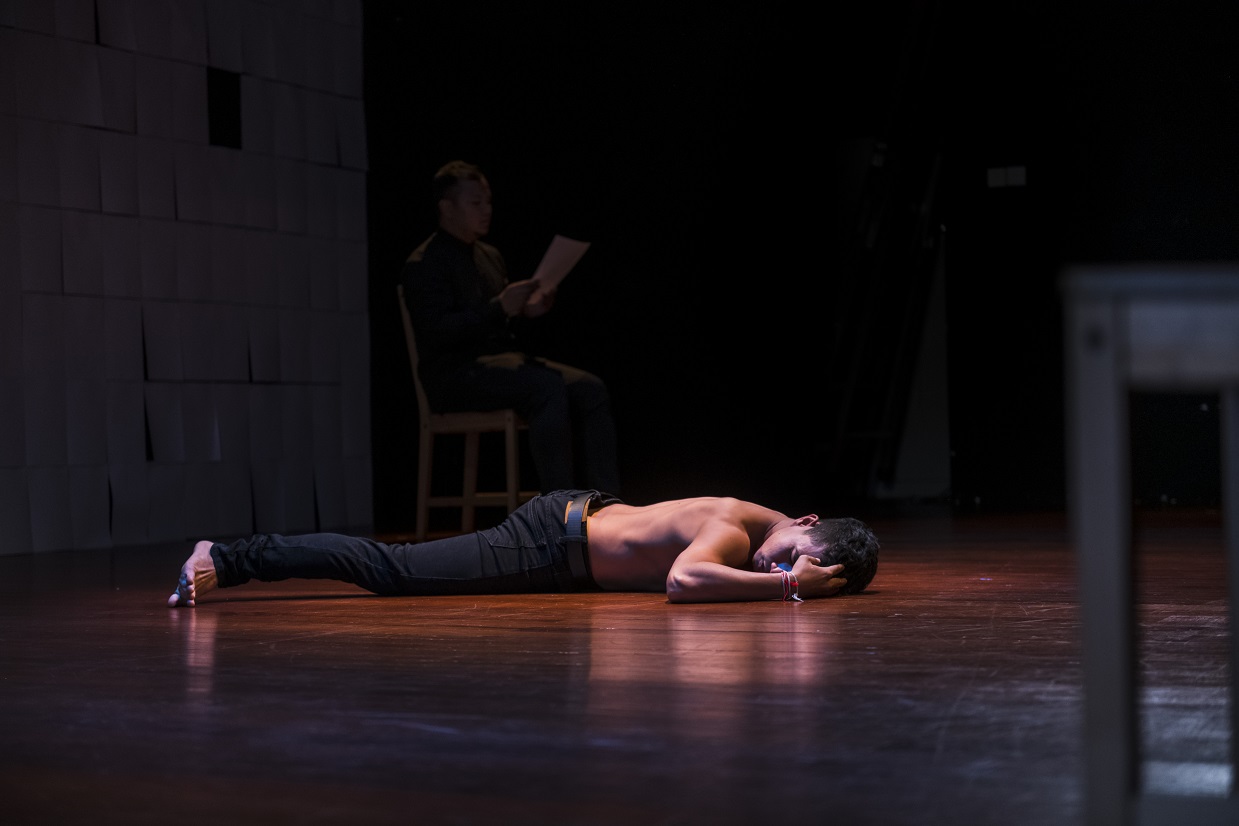 Eventually we hear the sound of street protests starting up again. and it feels as if we’re flashing back to the beginning of the performance. Rady leaves and returns shirtless and vulnerable, slowly raising a fist into the air as if standing up against an invisible authority, before he is struck down by invisible forces. But he is not alone, and he is replaced by dancer Makoto Matsushima, who similarly raises his fist before being struck down, with him struggling to stand once again, never backing down no matter how many times he is hit. 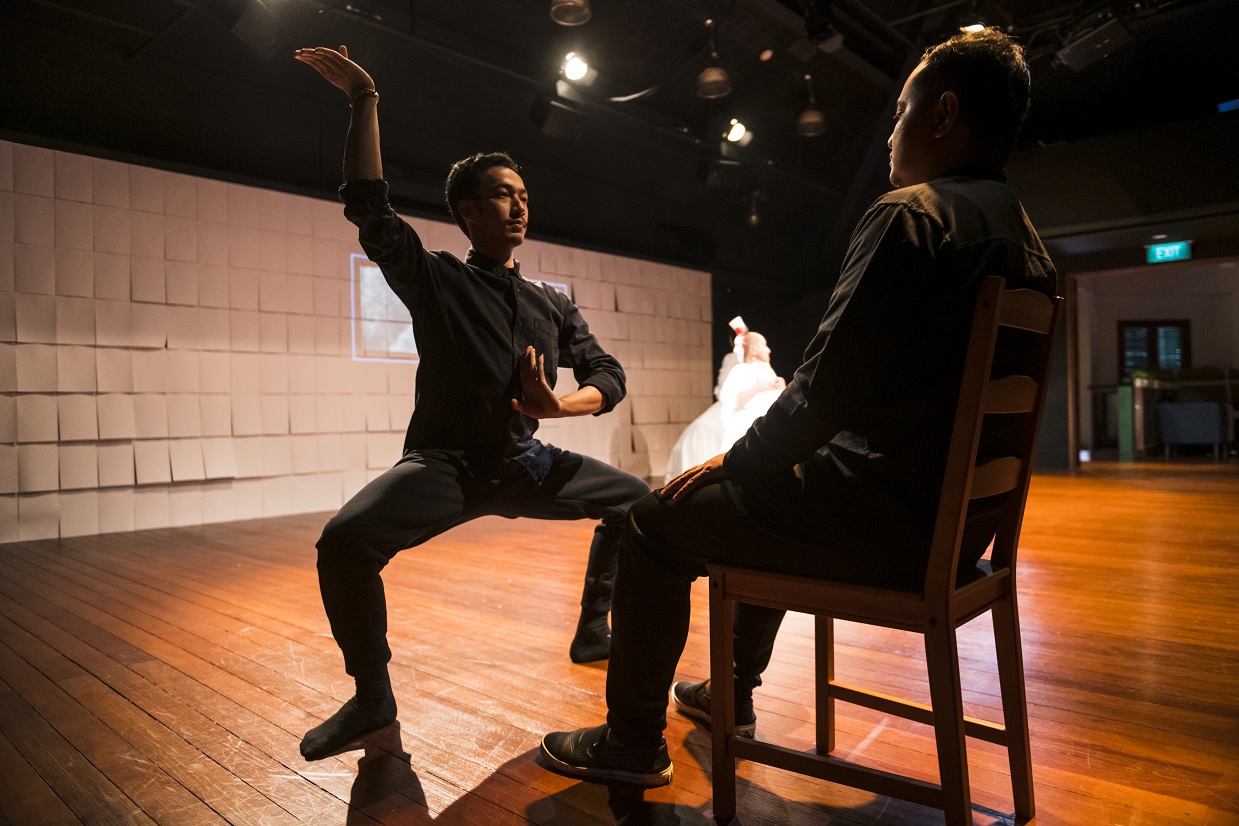 As an intercultural work involving masters of various art forms, the biggest challenge of this project was always going to be showcasing each artist to a balanced degree. The result is that some artists inevitably end up being featured much more strongly than the others, and the introduction of elements such as Raffles dilutes the focus of such a short piece. Still, Journey to a Dream comes with a clear intent in mind that keeps it mostly anchored throughout and buoyed by strong performances from each artist, regardless of how short a time they’re featured onstage. 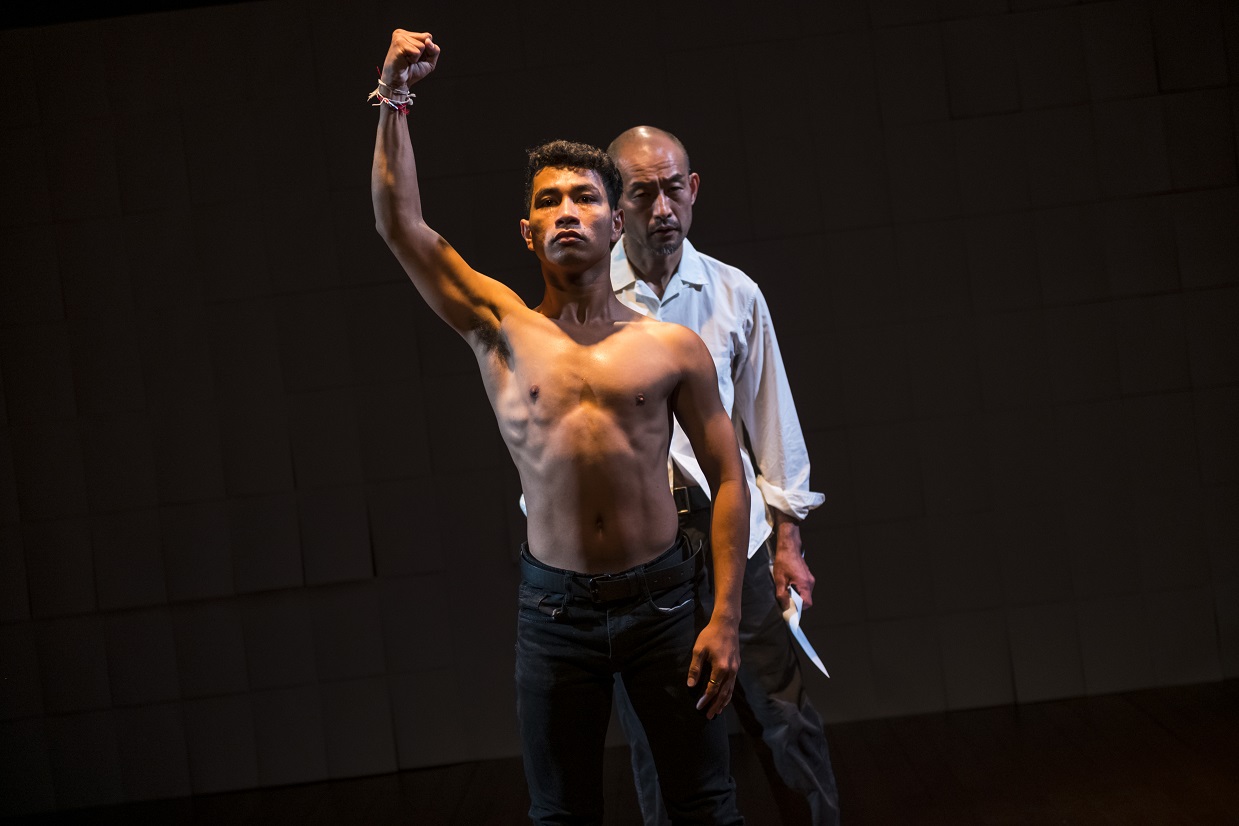 Overtly, Journey to a Dream feels like a protest against orientalism and colonialism, and the detrimental aftereffects they’ve left on Eastern cultures. Depicting the violence that crushes these dreams, we cannot help but relate this to other forms of oppression and authoritarianism we’ve seen around the world in contemporary times. This is a piece that discusses the necessity of perseverance and steadfastness in facing our various oppressors, that a dream is not achieved without some form of revolution and sacrifice. The solution then seems to be an aggressive return to our roots of tradition, to seek answers in our own heritage as we unite and share them with each other, and prove that our dreams worth holding on to.

1 comment on “Review: Journey to a Dream by Emergency Stairs and Zuni Icosahedron (Southernmost 2019)”