Taking NTU CCA Singapore’s overarching research topic Climates. Habitats. Environments. as a point of departure, the exhibition The Posthuman City considers the possibilities of a caring and respectful co-existence between species and a conscious sharing of resources.

Curated by Ute Meta Bauer, Professor, School of Art, Design, and Media, NTU, and Founding Director, NTU CCA Singapore, and Laura Miotto, Associate Professor, NTU ADM, through imaginative propositions at the intersection of art, design, and architecture, the selected artists engage questions such as what it means to be human and address issues of  sustainability, water scarcity, invisible communities, nature as a form of culture, and suggest  the implementation of lived indigenous knowledges. The featured works range from  installations to time-based media, examining the urban fabric in its condition as a habitat for  a diversity of life forms. 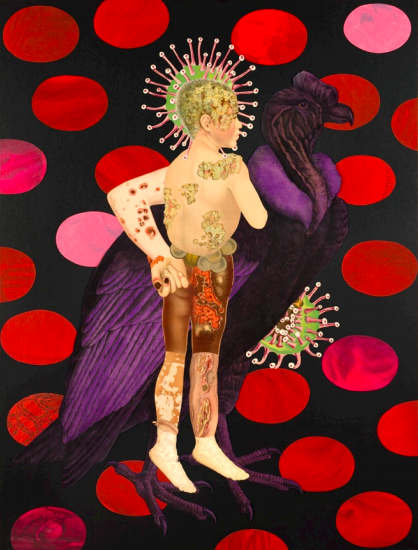 Currently, more than half of the world’s human population lives in urban areas. Urban growth poses challenges to the various city dwellers, and creates material demands that cause lasting damage to the wider environment. The climate crisis is already announcing threatening scenarios particularly for coastal regions and megacities located at coastlines.

Global urbanisation and the exploitation of resources happen at the expense of humans and  other species alike. The Posthuman City features artists who propose a shift in perspective. Stressing the vital importance of clean water and the challenges of its scarcity around the  world, Lucy + Jorge Orta’s have developed a long-term project on water collection, purification, and distribution. OrtaWater visualises low-cost water purification devices  enabling filthy water to be pumped and filtered directly from local sources. Similarly  combating water pollution, Irene Agrivina’s Soya C(o)u(l)ture shows us how to transform  waste water from tofu and tempeh production into usable biomaterials, such as fuel,  fertiliser, and leather-like fabrics. 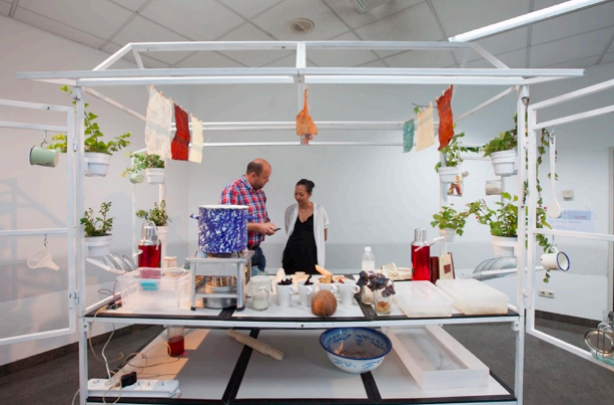 Indigenous peoples of various territories around the world, with deep historical and cultural  ties to their land, have preserved sustainable ways of living that respect the limits of the  planet’s resources. Calling for exchanges of knowledge between indigenous communities  and contemporary scientists and urban theorists, Marjetica Potrč’s Earth Drawings refer to the significance of indigenous knowledge and cosmogonies. Planetary co-existence between  species acknowledges the presence and agency of diverse forms of intelligence.

Nicholas Mangan is inspired by termites and their capacity to build sophisticated and dynamic  architectures that provide a model for decentralised social and economic organisation. On the other hand, Animali Domestici studies the urbanity of Bangkok from the perspective of a python. Mapping the city through a snake’s experience of it, the resulting tapestry puts these animals at the centre, displacing the human from its exceptionalism. 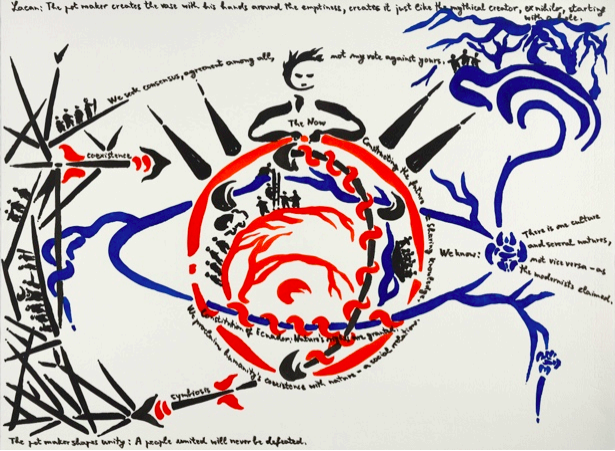 The exploitative relationship between humans and other living creatures, including the domestication of animals, is also examined in Pierre Huyghe’s Untitled (Human Mask), where the artist films a monkey, Fuku-chan, who in real life works as a “waitress” in a restaurant. After the initial images of a devastated landscape, we follow the monkey around the dark and empty restaurant and house, donning a wig and a dress, as well as a mask created by Huyghe. Combining ill human bodies with flora and fauna, Ines Doujak’s series of collages Ghostpopulations transform drawings from 19th-century medical textbooks into  stunning assemblages.

While giving visibility to marginalised, abused, and uprooted  populations, the dystopian images also remind us of the threat of pandemic illnesses due to climate change. Death, from a post-humanist perspective, is not only inevitable and part of life, but it is also an event that is already in our past. Shifting the narratives around death, Jae Rhim Lee developed a burial suit as an environmentally-conscious alternative to conventional funerary processes. Highlighting the importance of decompiculture (the cultivation of waste-decomposing organisms), the Infinity Burial Suit also suggests a strong link between human resistance to mortality and climate change denial. 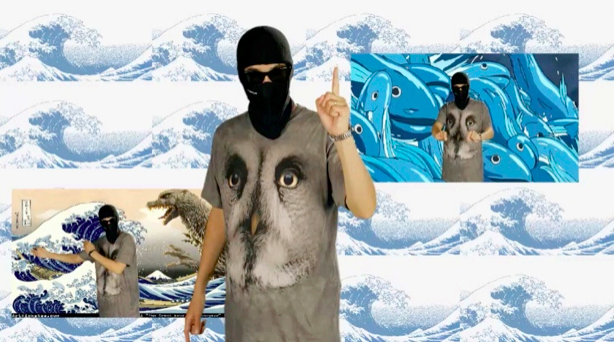 The Posthuman City, through artistic propositions, intends to open a discussion about the imbalanced relationship of an anthropocentric thinking with the living environment. An extensive public programme accompanies The Posthuman City, including talks, film screenings, and workshops. A symposium, Techno-Optimism and Eco-Hacktivism, on Saturday, 22nd November 2019, will feature participating artists and researchers such as Hallam Stevens, Associate Professor, School of Biological Sciences, NTU; Janelle Thompson, Assistant Professor, Asian School of the Environment, NTU; among others. On Saturday, 18th January 2020, a symposium on Biodiver-city and Urban Futures will include presentations by Jason Farago, art critic, The New York Times; and Yun Hye Hwang, Associate Professor, School of Design and Environment, NTU. The film programme will review sci-fi classics such as Metropolis (1927) and Blade Runner (1982). It also includes a selection of 11 artist films, each screening on loop for one week. This programme expands on the exhibition’s topics with works by artists such as Ursula Biemann, Armin Linke, Fabrizio Terranova, and Lucy Walker. 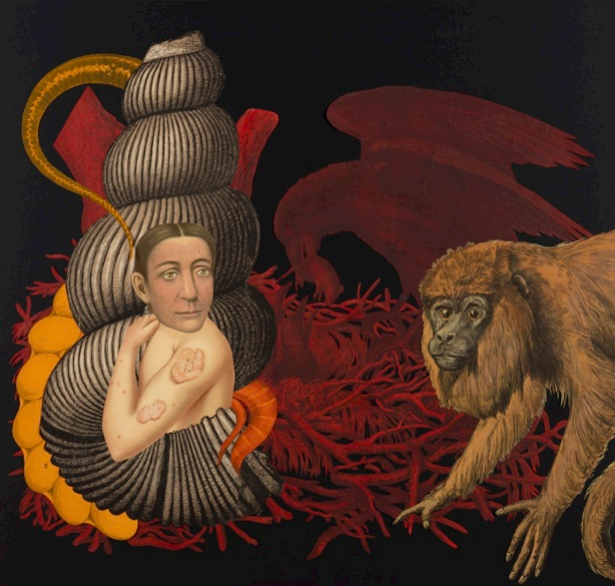 The Posthuman City runs at NTU CCA from 23rd November 2019 to 22 March 2020. For more information, visit their website here