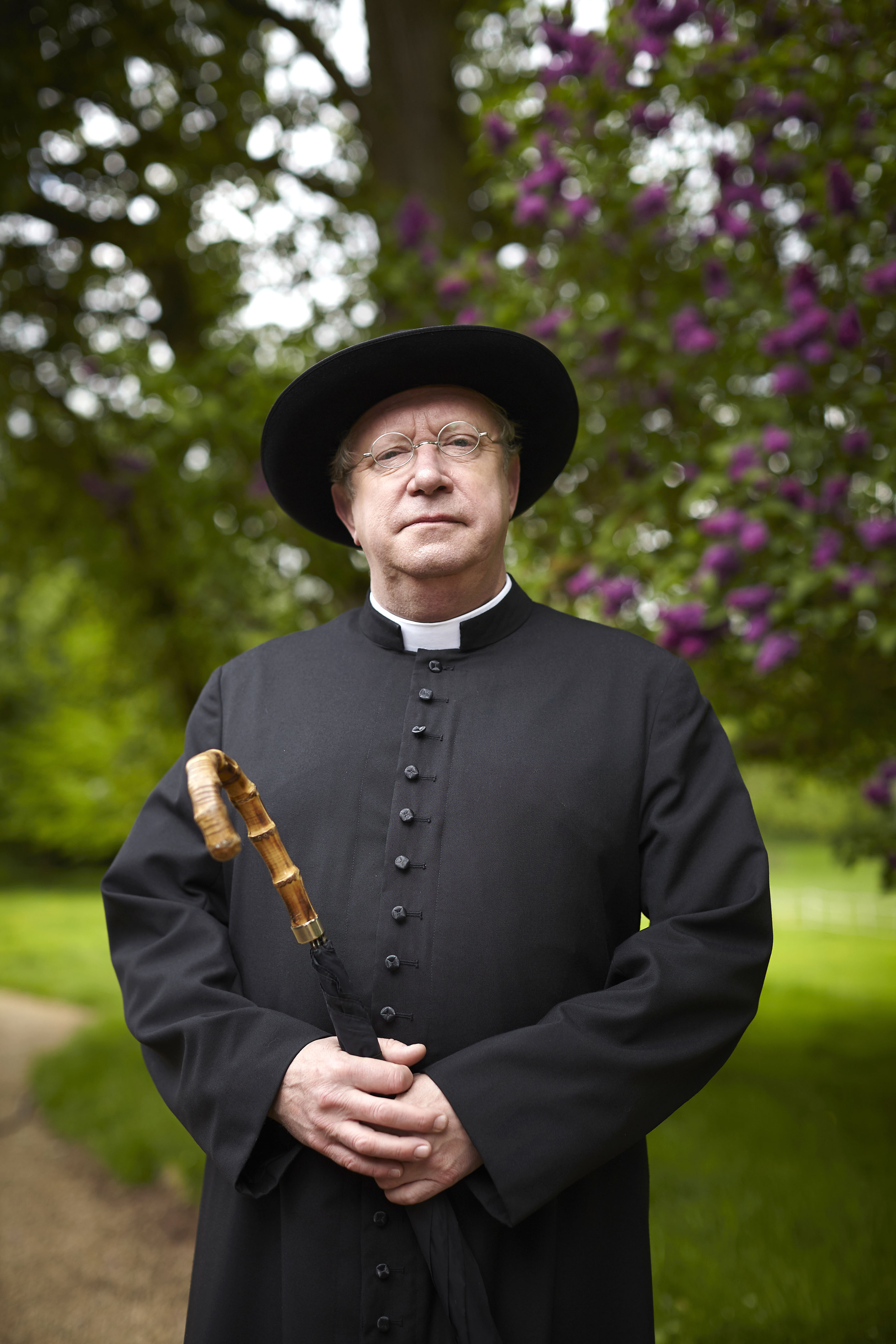 You may not know his name, but you’d probably recognise his roles. More specifically, Arthur Weasley of the hit Harry Potter film franchise, which shot British actor Mark Williams to international fame.

But for Williams, that role may now share approximately equal standing with his almost eight-year strong (and still going) tenure as Father Brown, the leading role in one of the UK’s longest running Daytime Drama series on the BBC of the same name. Starring Williams, Father Brown follows the titular Roman Catholic priest as he somehow finds himself involved in one murder after another in the summery (fictitious) village of Kembleford, outwitting bumbling policemen to get to the bottom of each case first.

With its 8th season premiering this January on the BBC, Williams is as excited as ever to once again don the cassock and hat onscreen, and have viewers return to the picturesque Cotswold landscapes. “People really like the show because it’s siloed in the summertime in Cotswold,” comments Williams. “Over the years of filming each season, I’ve really fallen in love with the place, and learnt to see beyond its touristic aspects to appreciate its big farming community, beautiful churches, and all its people.”

Loosely based off the short stories of G.K. Chesterton, the series, set in the 1950s, is blissfully nostalgic and peaceful (barring the murders of course), a time before cellphones, and far away from bustling cities like London. There’s an unmistakable charm about the setting and its seemingly never ending slew of stories to tell that has garnered it its 2.5 million viewers as it airs across 160 countries.

Perhaps one surprising thing the 60-year old has encountered in the fandom is its surprisingly hot lust for him, allowing him to join the ranks of other ‘hot priests’ such as Vicar Sidney Chambers (James Norton) of ITV’s Grantchester or Andrew Scott as an unnamed priest on BBC’s Fleabag. Commenting on an incident where his bottom was pinched by an especially naughty fan, Williams expresses his surprise at being considered a sex symbol of a sorts, considering he’s never been cast ‘for his good looks’.

“The cassock is actually really uncomfortable to wear,” admits Williams. “But even then, I never get tired of the role. I read a lot of Father Brown, about the ’50s, and about the Catholic Church in preparation for the role, and even today, I still manage to learn something new about him each time.”

Of course, being a Roman Catholic priest, Father Brown remains very much chaste onscreen, and embodies goodness at his core. While seemingly innocent and mild-mannered, with every episode, Father Brown proves himself to possess a razor-sharp wit, tempered with an inherent love for his flock. His goal is not to exact justice, but to understand why people would do such a thing, hoping to save their souls in the process.

“A big part of Father Brown is learning to practice forgiveness,” says Williams. “While Father Brown may spot the guilty first, he also makes the effort to talk to them and counsel with them before having them admit their guilt. Judgment is best left to God, not humans, and that’s something that I’ve taken away as a big life lesson from working on the show.”

Williams’ other credits include his debut in Privileged (1982), where he starred alongside Hugh Grant and Imogen Stubbs, along with roles in the film adaptation of Neil Gaiman’s Stardust (2007), a guest role as Rory Williams’ father in Doctor Who (2012), and hosting two seasons of BBC’s daytime game show The Link (2014-15). Yet, none so far have outlived the surprising longevity he’s enjoyed as Arthur Weasley and Father Brown, where neither Harry Potter nor Father Brown was ever expected to last as long as they have.

“It’s such a privilege to have had the chance to star in such long running shows, and I can’t wait to see Father Brown eventually reaching its 100th episode,” comments Williams (the 8th season will mark its 90th episode). “In this day and age, daytime dramas usually equate smaller budgets, which equals less pressure to scramble for big shocking hits. We are allowed the time to tell a story, and we end up continuing to tell the stories of each of these characters, revealing different sides to them in each season, and that’s why I love being a part of this show so much.” 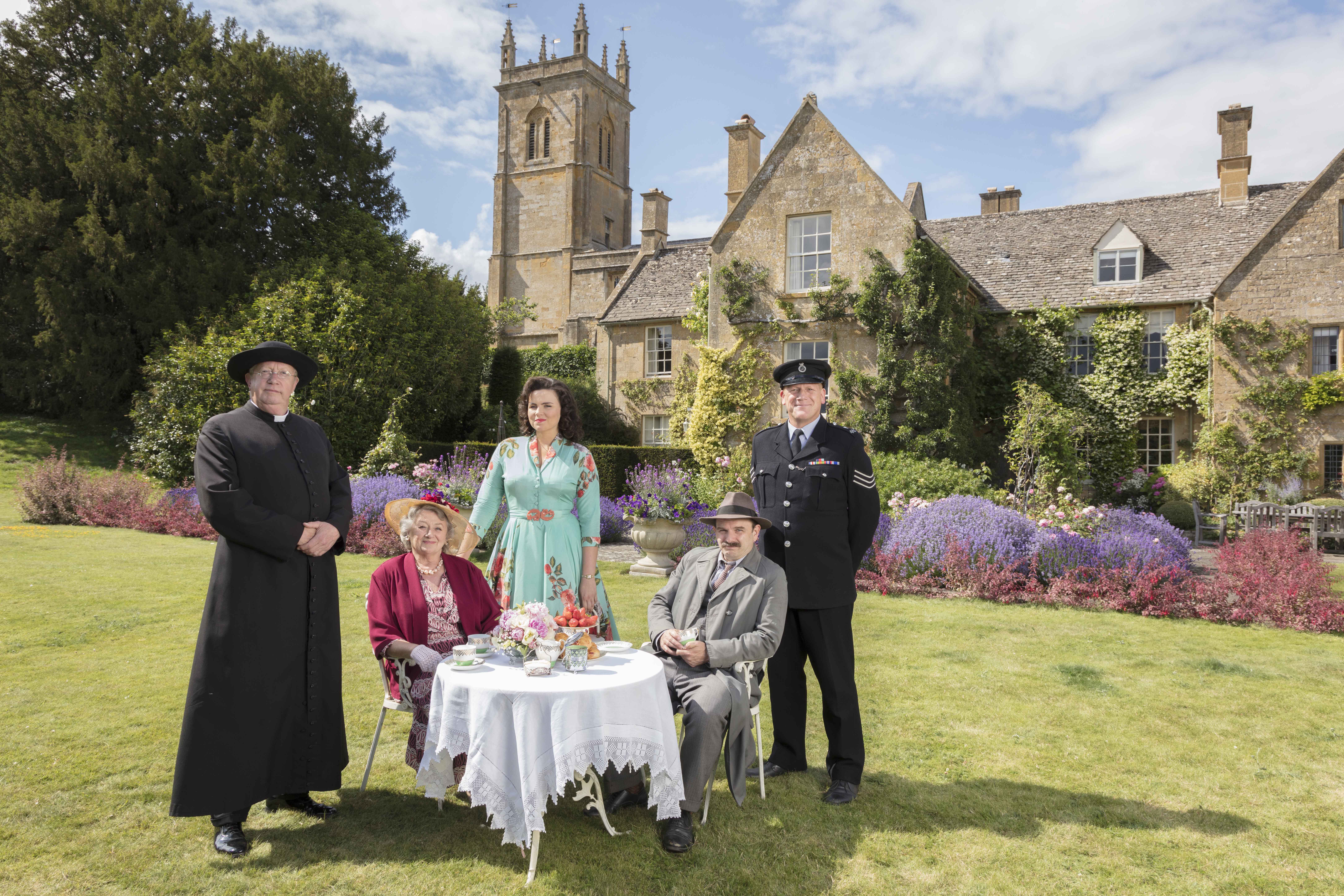