At the end of Killing Eve Season 2, arch-nemeses Villanelle and Eve found the tables turned as the latter was left dying in Rome after a supposedly fatal shot. Leaving audience members on the edge of their seat, we were left only with further suspense as we waited with bated breath for Season 3 to see how the two women’s relationship would continue to lead down ever darker paths.

Now, that day is finally here, as the BAFTA and Emmy Award-winning British spy thriller returns this Monday, promising new twists and turns to keep us hooked on our screens. Each with their own brutal pasts, this season sees either woman attempting to stay away from each other. Villanelle lives life as an assassin without a job, while ex-MI6 operative Eve is hiding in plain sight. But as longtime viewers will know, the two women’s fates are inexplicably intertwined, and it won’t be long before a twist of fate sets them on a collision course yet again. 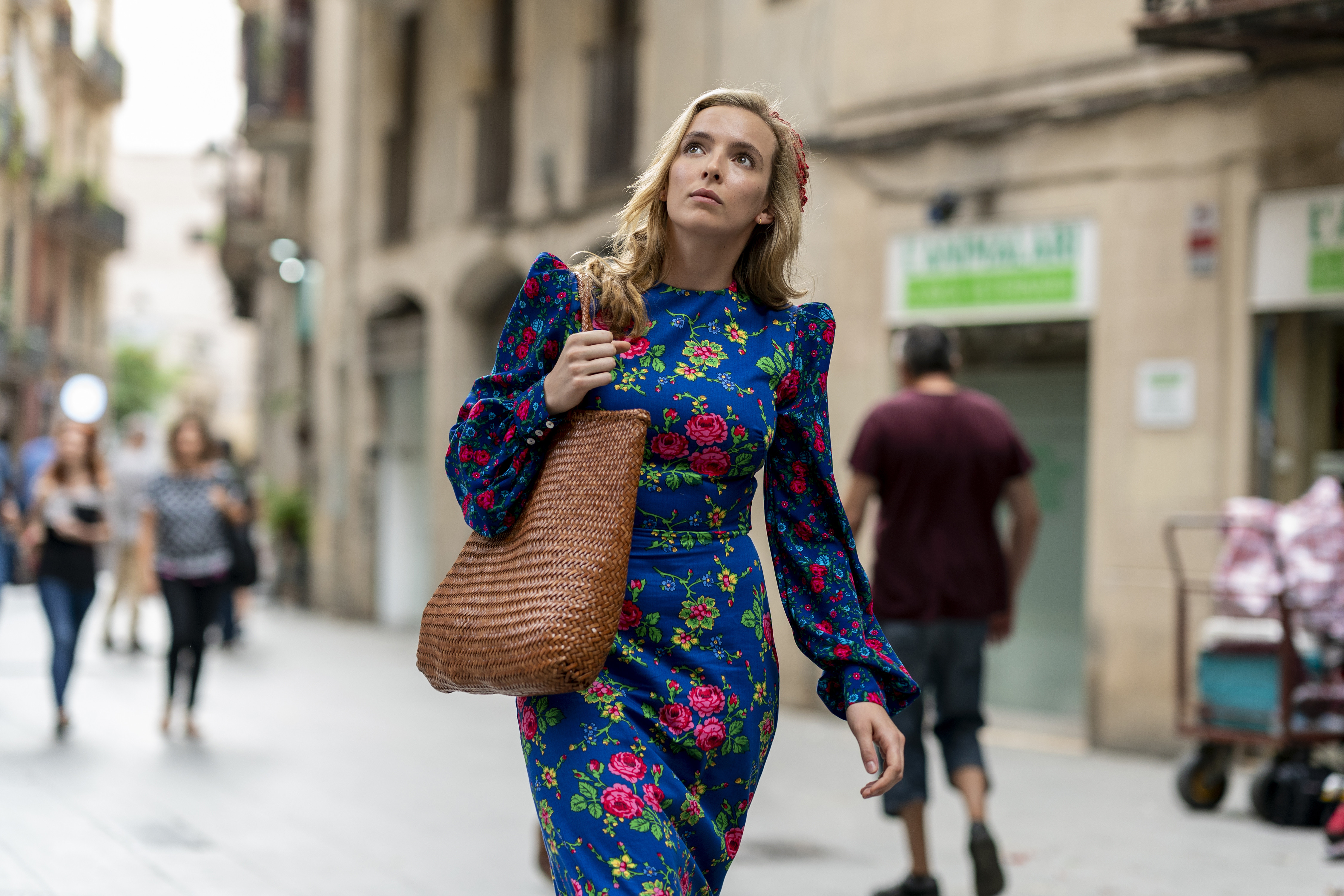 Says Jodie Comer, who won an Emmy and a BAFTA in 2019 for her role as Villanelle in Season 2, comments: “Villanelle is trying to lead a somewhat normal life and move forward. She’s trying to convince herself that she is feeling things that everyday people feel. In the opening of the first episode, she’s at an event and gets an unexpected visit from someone in her past who shakes things up within her world.”

“With Villanelle going into her past it’s like seeing her in a whole different world, with a new insight, which is really exciting.,” she adds. “Everyone’s being tested in different ways and it feels like a couple of the characters come to a point of realisation at the end. They’re all on their own trajectories but somehow their worlds collide in this series. To really reel people in – I have a scene with Fiona Shaw! At last! You should stick around for that alone. I’ve been fighting to get a scene with Fiona since day one so it was a glorious day to shoot.”

Fans can expect even more beautiful scenes shot on location across Europe, with the cast making a return to Romania again, along with Barcelona, where Villanelle has taken residence. “It’s a really nice opening to the series because there’s a lot of colour, it’s vibrant and moving really quickly,” says Comer. 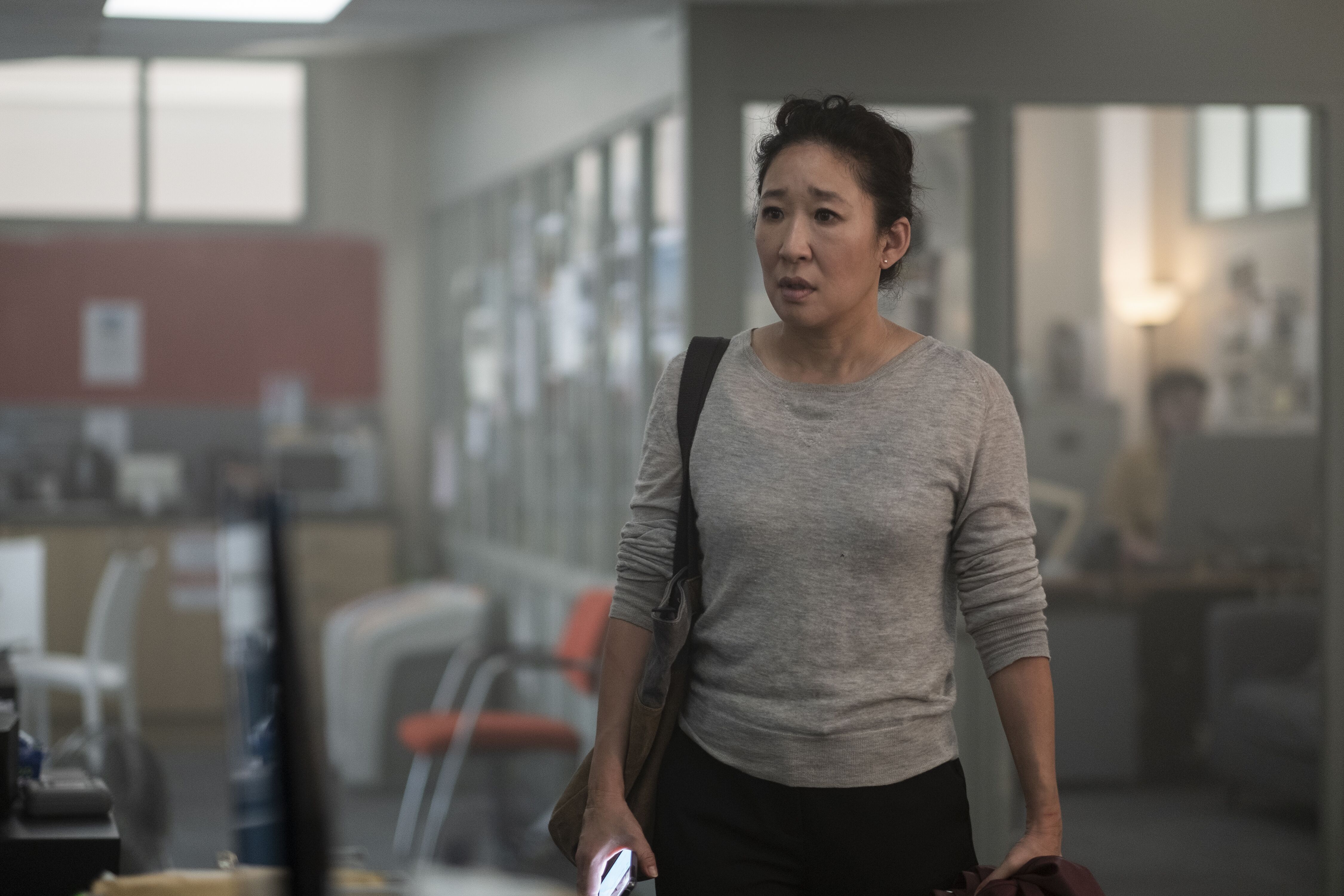 Says Sandra Oh, who stars as Eve (and netted her a Screen Actors Guild Award): “Eve is in a place of recovery, trauma and trying to heal herself. You see her back to her roots, back to safety and comfort. It’s a new place that we’ve never seen her in before. But she’s also in a place of great strength, even though it might not look it. Weirdly, for the first time, she’s truly independently taking care of herself and doing something specifically for herself. She’s trying to find her way through the mystery of The Twelve and deal with the tremendous chaos and loss that she has undergone. You don’t have to step very far to make something creative from that,” she adds.

Commenting on how the interpersonal relationships between characters have changed over the seasons, Oh continues: “I think the characters’ relationships have really deepened and evolved. Because of my relationships with these specific actors, there’s a lot that happens that is not on the page. That’s a magical part of our show and I give credit to the cast because of how we approach each other. Many of us are similar types of actors in how it costs us to tell the truth and I really admire that.”

“Jodie and I don’t actually spend that much time filming together so it makes the scenes between Eve and Villanelle quite powerful. Jodie and I trust each other very much and we both have our deep understanding of the characters. It’s wonderful when you’re surprised, when everyone thought the scene was about this and then something different happens between the actors,” she adds. 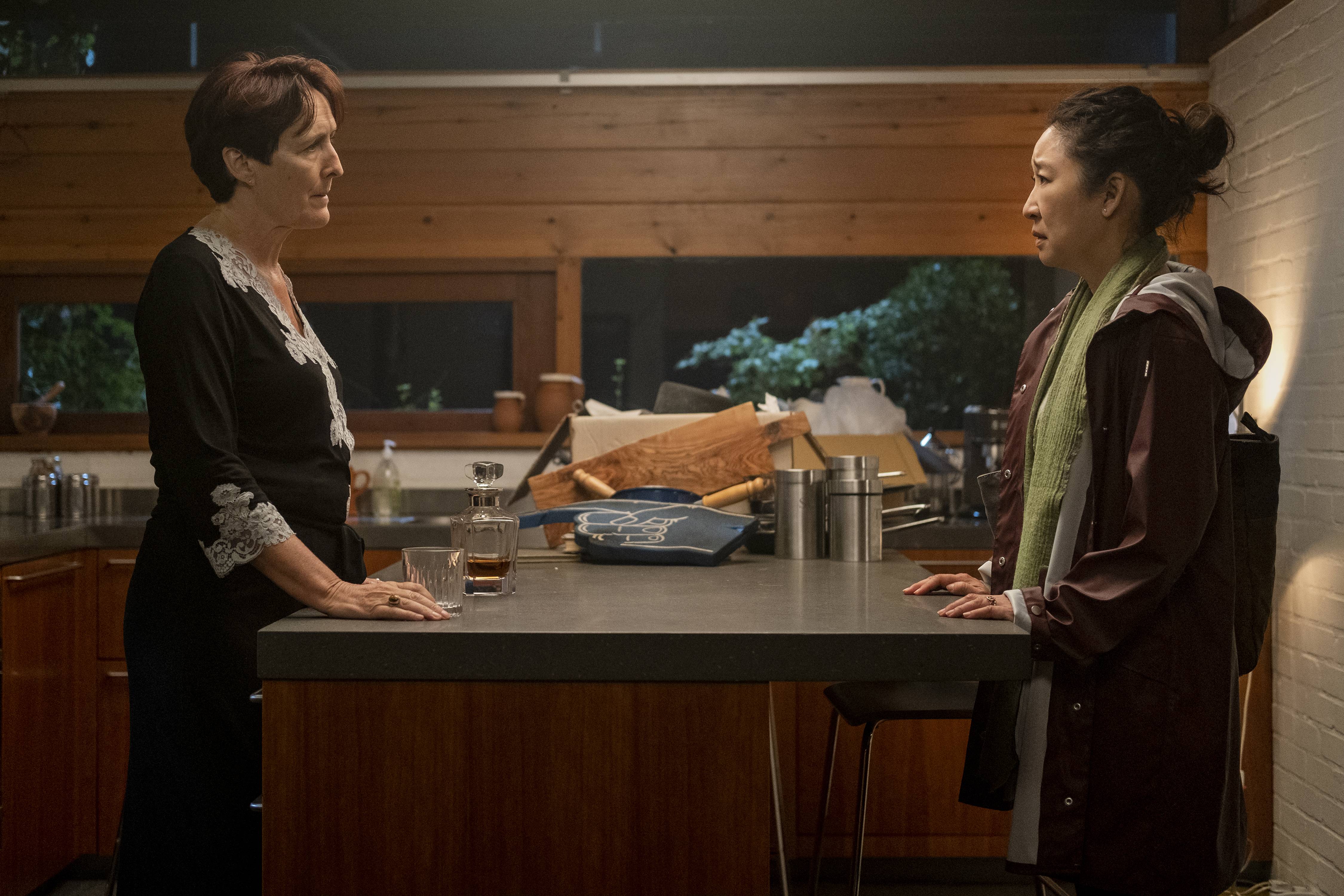 Says Fiona Shaw, who plays MI6 Russian Section head Carolyn Martens (winning her a BAFTA): “It’s a huge privilege to work with the same people again, the same crew, some of the same directors and of course the same actors. You’ve got this marvellous sense of camaraderie. The writing by Suzanne Heathcote was so new and almost like playwriting. In some respects it makes this series deeper than our previous ones, and a bit more complicated. We all got involved with each other in a much more complicated way.”

But she assures us that as thrilling and bloody as Killing Eve gets, there’s plenty of humorous moments as well, both onscreen and off: “When we laugh, we laugh all the time. There are so many funny things like the usual when we go wrong or see the opportunity to say something else but there’s quite a clock on this series so we concentrate like mad to get the scenes as good as we can. Director Damon Thomas is just hilarious. He laughs at things and makes things very funny. He puts everyone at ease.”

So how exactly will Villanelle and Eve fare come Season 3, as their journey back to each other costs them friends, family, and allegiances? The only way to find out is to tune in as Killing Eve Season 3 makes its premiere this Monday, and brings us more delicious, darkly humourous spy drama to get us through COVID-19.

Killing Eve Season 3 will premiere at 1PM on Monday, 13th April on BBC First (StarHub Channel 502) and BBC Player with new episodes released weekly. Season 1 and 2 are also available on BBC Player. The revamped BBC Player app will also allow you to watch your favourite programmes on a bigger screen with Chromecast and Airplay.