Music Is: keshi talks about life during coronavirus, his music, and what’s next

Named one of 2020’s “essential new artists” by NME, keshi is the latest music sensation to add to your lo-fi hip hop playlist. Even without a full album out, at just 25 years old, the Houston native has made a meteoric rise to fame from his humble Soundcloud beginnings, now with over 150 million global artist streams and managing to sell out his 6-city U.S. tour in September 2019 in less than a week.

Now with a brand new EP released, not even the coronavirus can stop the young Vietnamese-American singer-songwriter’s momentum, as he continues to hone his art, expand his repertoire and work on his music from the comfort of home. “I’ve still been writing a lot,” he says to us in a Zoom meeting. “I’ve recently gotten a grand piano too, and learning music theory while using a piano, everything just makes so much sense with all the notes perfectly aligned right in front of you, as compared to the guitar.”

Even before he started his Soundcloud account, keshi (real name Casey Luong) has had a long-held interest in music, when he taught himself how to play a classical guitar at age 12. Since then, he’s developed a deep passion for music that’s seen him taking inspiration from Frank Ocean to John Mayer, The 1975 to Bryson Tiller. “It wasn’t a conscious decision to arrive at my particular sound, but I think it mostly came about when I made a cover of Drake’s ‘God’s Plan’,” says keshi. “Post Malone and Bazzi were also huge influences, and I was hooked by all these banging beats combined with melodic singing.”

keshi’s journey hasn’t been an easy one though. Prior to getting signed, keshi was also working as a registered nurse while creating music on the side. Working three 12-hour shifts in a row over the weekends, he may have had ‘four day breaks’, but dreaded going into work each time Saturday rolled around again. “I spent all my free time making music, and between that and my day job, there were times I felt like I wasn’t taking care of myself and my life,” says keshi.

While stying home during this COVID-19 period, keshi has had the time to finally relax a little and really develop himself, surrounded by the people he loves, form his fiancee in the same house, to his parents living just 2 minutes away. Not to mention, some time to himself to catch up on his gaming, being a self-proclaimed gamer, and currently into Riot Games’ FPS game Valorant. “I think that even after a vaccine is created for the coronavirus, the way we interact with each other is going to change, especially now that people have gotten a taste of how easy it is to stay connected online,” says keshi. “Yeah there’s certain limitations to it, like how music collaborations are hard to do, and that it’s still preferable to meet up in person. But these days, there are ways around production problems, like how you can just keep exchanging files with a snap of your finger, edit it, and send it back again.”

On keshi’s latest EP, like its title ‘bandaids’, the five tracks tell stories of heartbreak and healing, bringing us to the depths of inexplicable grief and emotional loss. Starting with the guitar-driven ‘less of you’ as he croons ‘A face on a screen/Ain’t an adequate replacement for your being with me’, and ending with the echoey, bedroom-like title track ‘bandaids’, keshi shows range in his ability to tackle similar topics across distinct sonic styles. Beyond the two aforementioned tracks, the succinct middle track ‘blue’ stands out as a fascinating amalgamation between an early 2000s pop sound with modern day sensibilities. “I’m still constantly learning and growing as an artist, and always trying to be more concise and honest in my writing,” says keshi.

“Before I entered the music scene, I don’t think I fully understood what it means to be an artist beyond creating music,” he adds. “But now I realise it’s this all-encompassing job, from the visuals to your vision, to how you interact with your fans. I made it a point to always be clear with myself, and consistent in doing things a certain way.”

That’s something that’s clearly scene in his visual style and cover art, often broody, film-like shots of keshi standing against a bright background, simultaneously nostalgic, a little melancholic, but always aesthetically-pleasing. “I love working in film, and the guy who handles my art, we decide on it based on getting the right feeling,” says keshi. “He was key to guiding me in that direction, and before keshi was even a concept, he was telling me ‘Why don’t we just go shoot some pictures, develop it and see how it turns out.’ When we saw those pictures, we knew we had something special there, and those were what eventually led to this identity, and were so important to the process and creativity.” 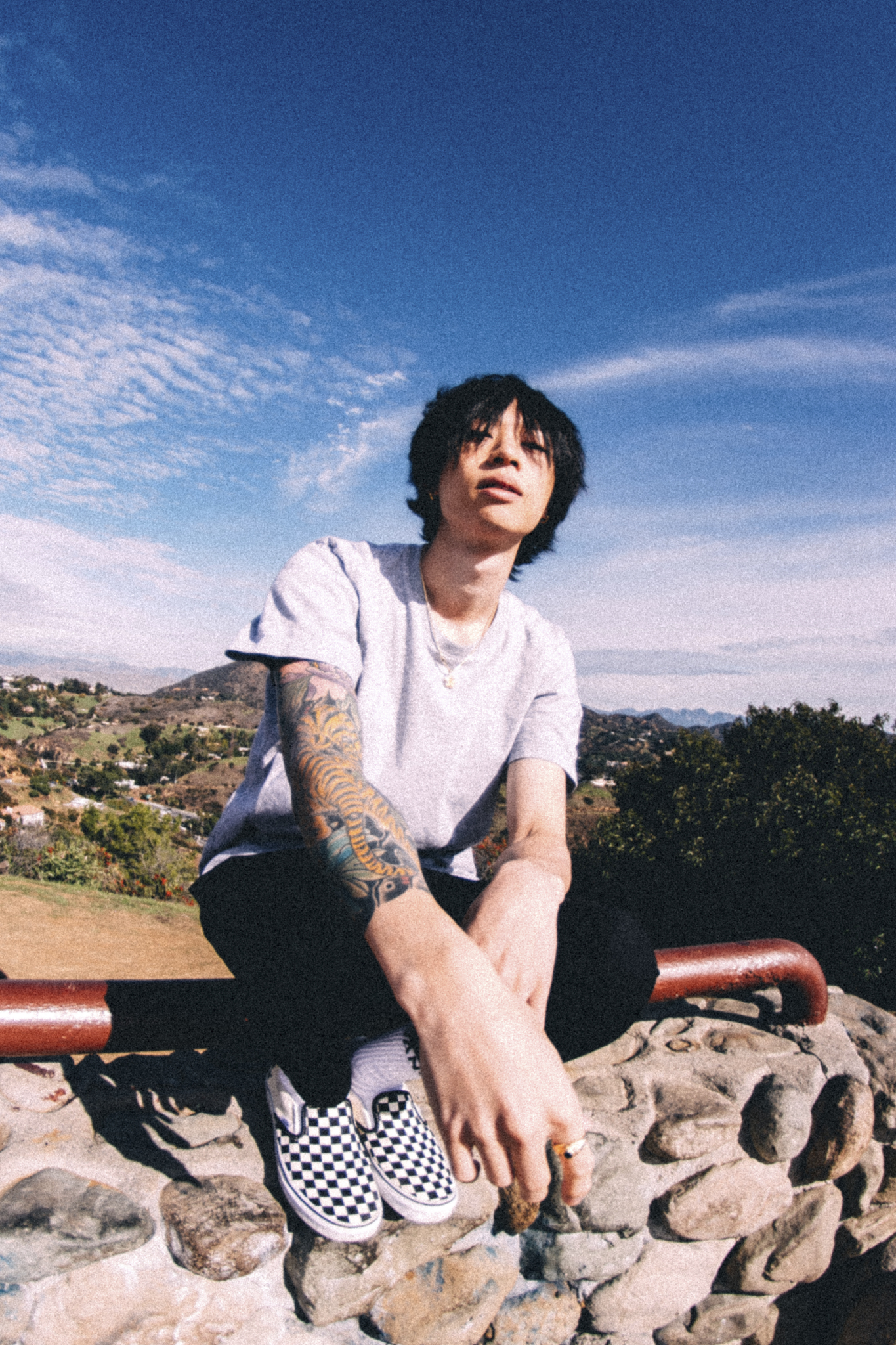 With plenty of fans across the world and in Singapore, keshi ends off with the hope that the coronavirus ends soon, and that he’ll be able to tour again before long, with a stop in Singapore. With his star still on the rise and his productivity, we might even see an album release by the time that rolls around. We’ll be keeping an eye out for more to come from this artist to watch, but for now, will be immersing ourselves in his soulful tracks to get us through this pandemic.