British actor Lennie James may be best known to the world as Morgan Jones on The Walking Dead, but some of Lennie’s most memorable roles have in fact been behind-the-camera: as a writer.

“I wrote my first play when I was in my teens, and honestly, the reason I wrote it was because someone told me they didn’t think I could write it,” says Lennie, as we interview him from Texas. “I entered it into a playwriting competition, and somehow, I won an award for most promising playwright under 21. It got published in an anthology of new writers, I joined a theatre company and ended up becoming a writer-in-residence.” 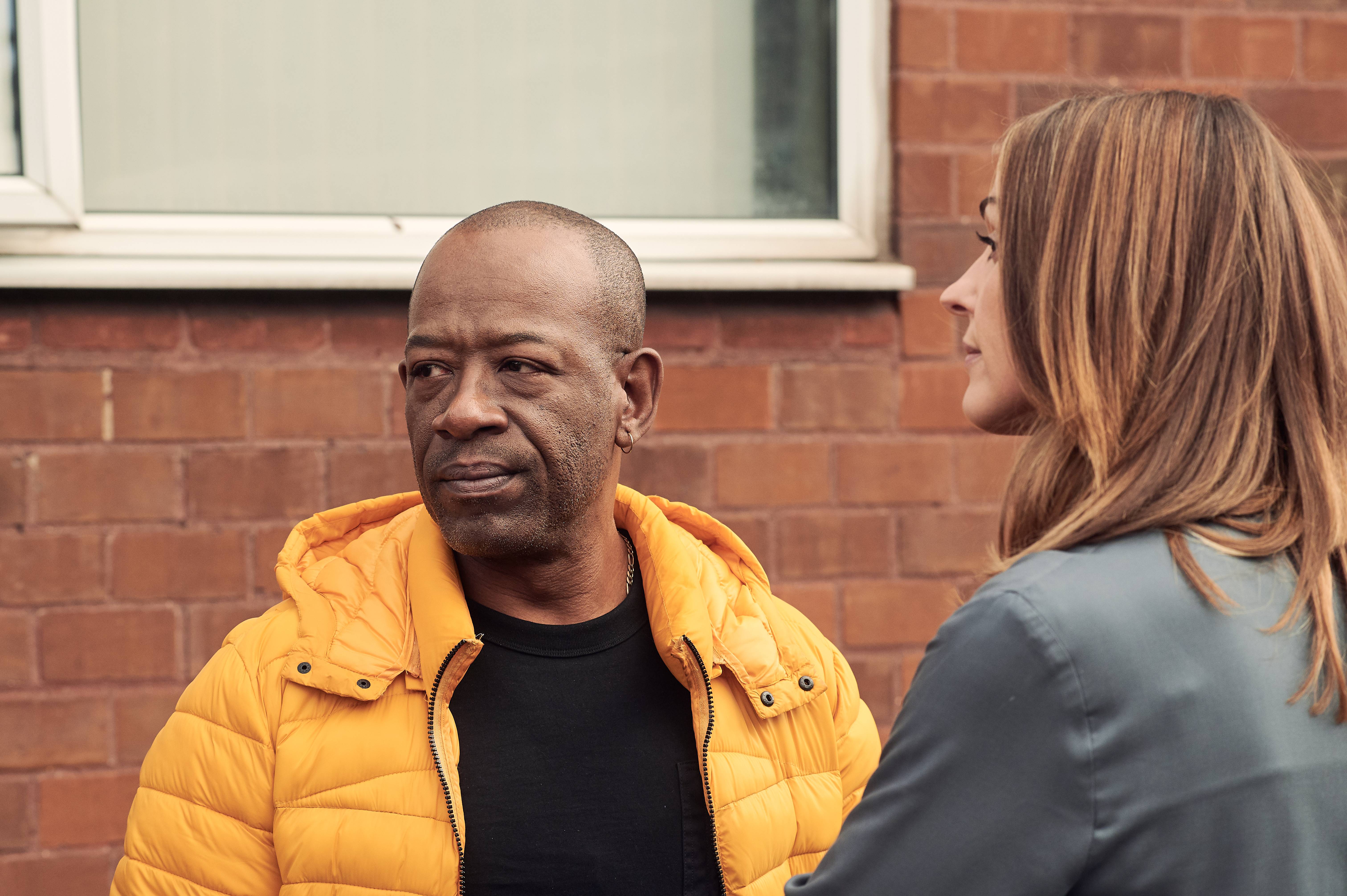 But it wasn’t long before his acting career overshadowed his writing one, as he took on an increasing number of film and television roles, with the aforementioned role on The Walking Dead (and spin-off Fear The Walking Dead), along with a BAFTA-winning performance in 2001 film Lucky Break, as well as starring roles in BBC police-procedural Line of Duty and Hulu’s Run. “It’s hard to be a writer,” says Lennie. “When I wrote a film that the BBC commissioned, it literally took about 6 years to get the film made, and I had to constantly fight plenty of battles along the way. That’s something that made me gun-shy, and it made me stay away from it for some time every time I considered heading back to it, and would go through the same thing again.” 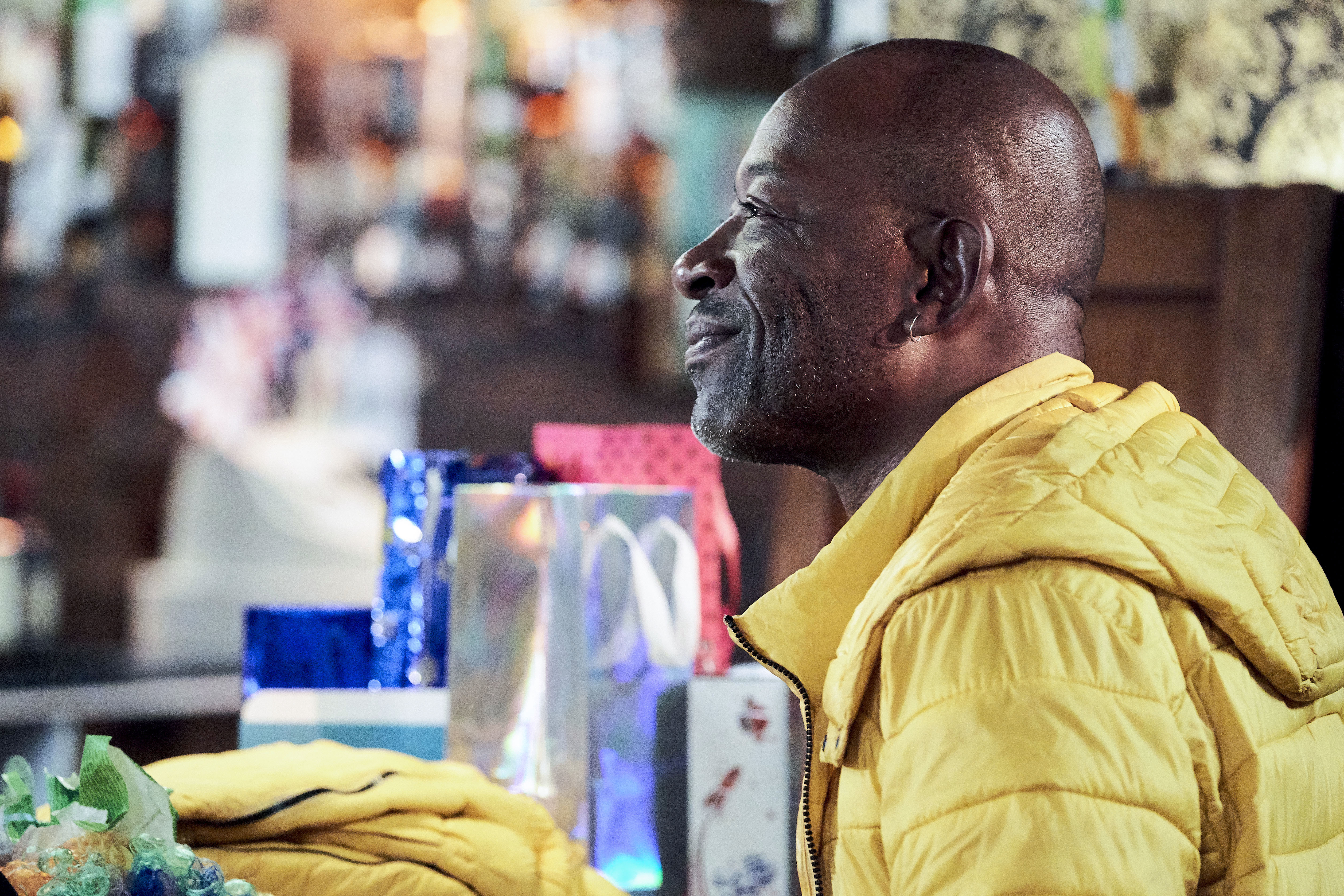 Thankfully, with a timely phone call, Lennie found himself with a new writing project on his hands, and Save Me was born. “The head of drama at Skye recalled this film I wrote in 2000 called Storm Damage. They were wondering ‘hey, why isn’t Lennie writing more’, and wanted me to try again,” explains Lennie, who serves as creator, writer and main actor on the series. “It so happened that around that time I had a nice long weekend to myself, and I went back to an idea I had about a man who was looking for a lost child. But while originally that was supposed to be about an ex-soldier who was this expert in the field, I decided to switch it up to a man who didn’t have much survival skills, and was searching for his daughter who was estranged. That was the genesis for the series, plus the intent to frame it as a thriller set in a place where few thrillers are set, in this case, a South London housing estate, as led by a character who isn’t often seen as a lead or hero of a piece.” 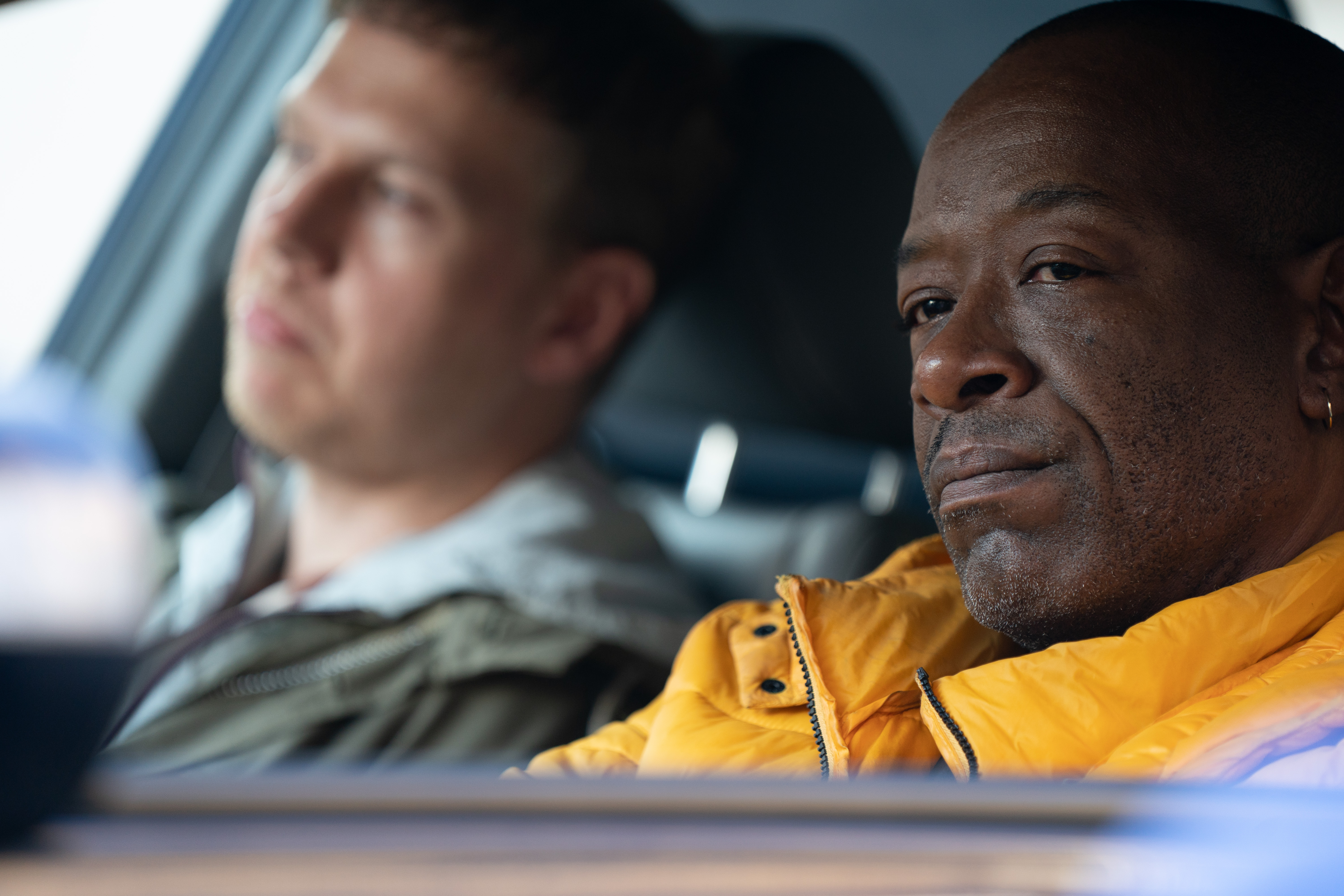 Following a critically acclaimed first series, BBC’s Save Me is now back for a second series with Save Me Too. Set 17 months after Series One’s cliffhanger of a finale, Nelly Rowe (James) still hasn’t found his daughter Jody, with the series seeing him continue his quest, with potentially terrible consequences for him and those around him. “If Series 1 was about hope and adventure, with Nelly on the start of the search and setting his mind to it, then Series 2 is about looking at the end, and having that realisation that hope isn’t enough, and to reflect on the questions and toll that the journey has taken,” says Lennie. “With Series 2, most of the people involved with Jodie’s disappearance have already gone back to their normal lives and moved on, with Nelly and only a few others who still persist. Writing Series 2 became all about figuring out how to get to the depths of their characters, and push on with their journeys.” 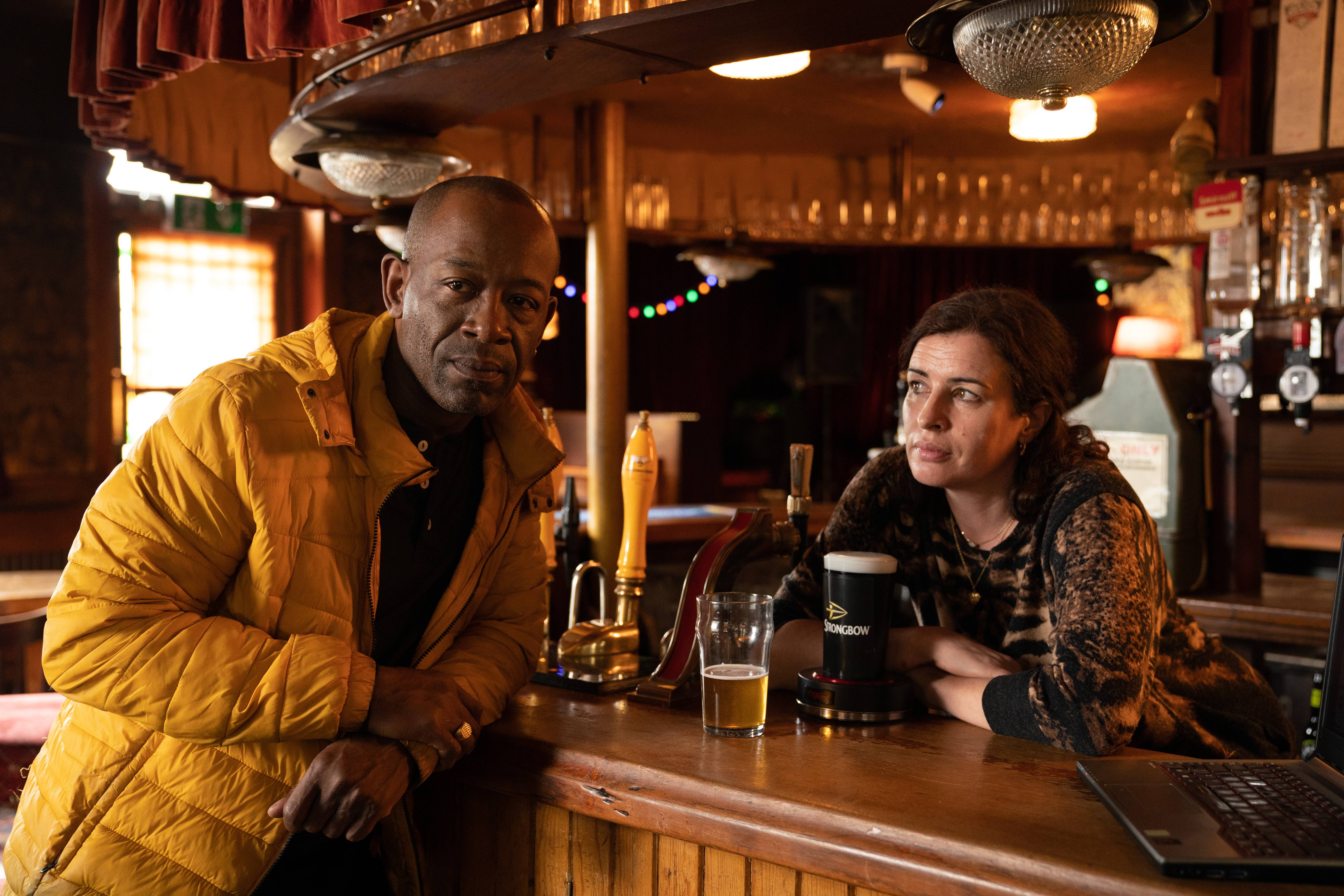 Lennie is one of the few people who’s got a good head on his shoulders and manages to find satisfaction and trust in the process of his work. His secret? Making sure he’s putting in his 100% every time. “I have this group of friends and actors, and we always talk about how we go into an audition, and it’s not about getting the job so much as whether we did the best in the room,” he explains. “We use this phrase: ‘did you leave it in the room?’ And well, if you did your best, then you can rest easy knowing that if you didn’t get chosen, it’s not because you gave them a reason not to choose you. And I apply that to my cast in Save Me, where we left it in the room, left happy before we even got the critical and audience acclaim and awards.” 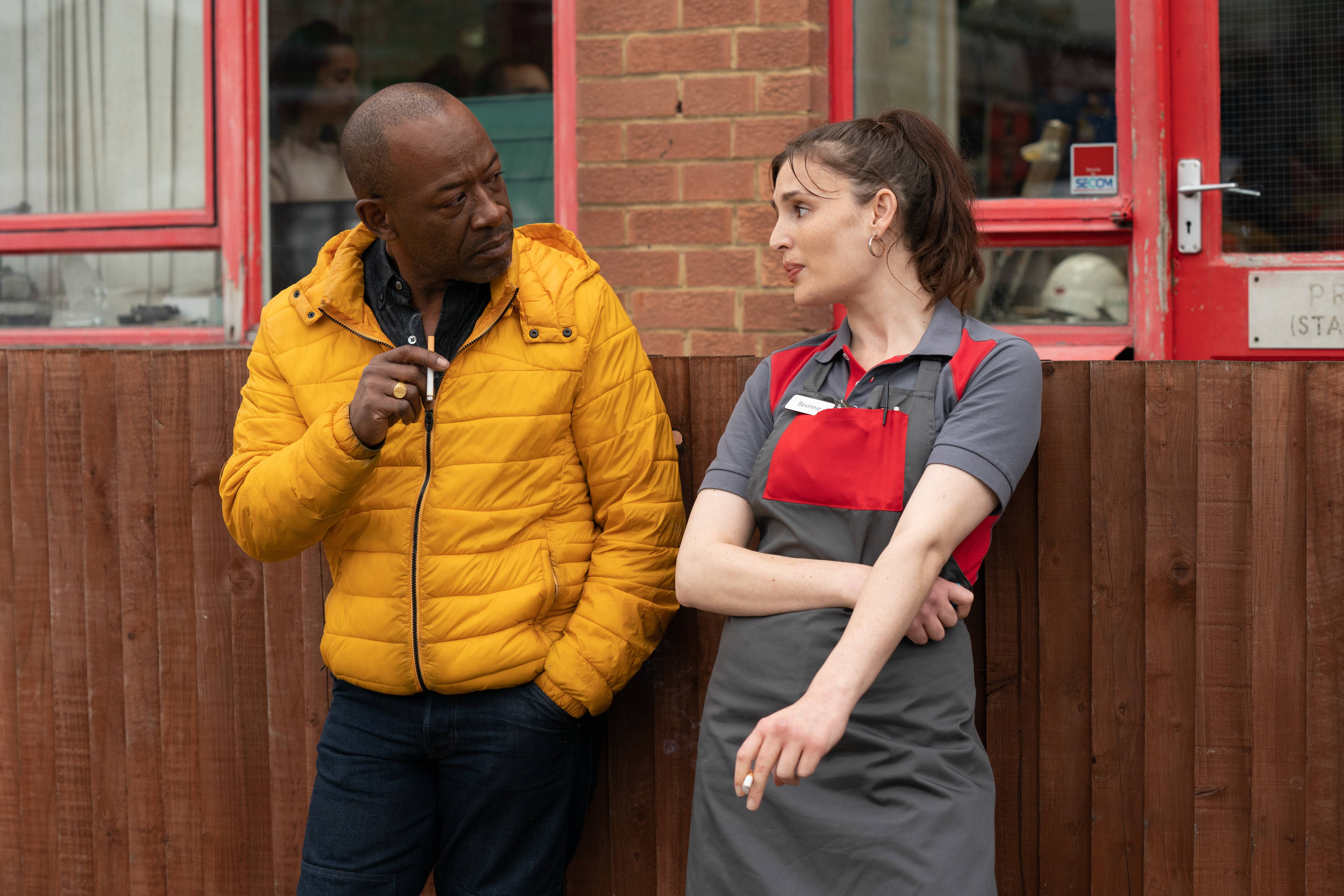 As a thespian by training, Lennie is also someone who cares deeply about his cast and treasures their working relationship. “In terms of bringing my cast forward, originally, I actually wanted to change up most of them, but I liked working with them so much and saw how well they were working with each, I just wanted to bring back as many of them as possible,” he says. “For those who I couldn’t bring back, I phoned them up personally and apologised. I really loved our chemistry and ensemble and hanging out with each other that much.” 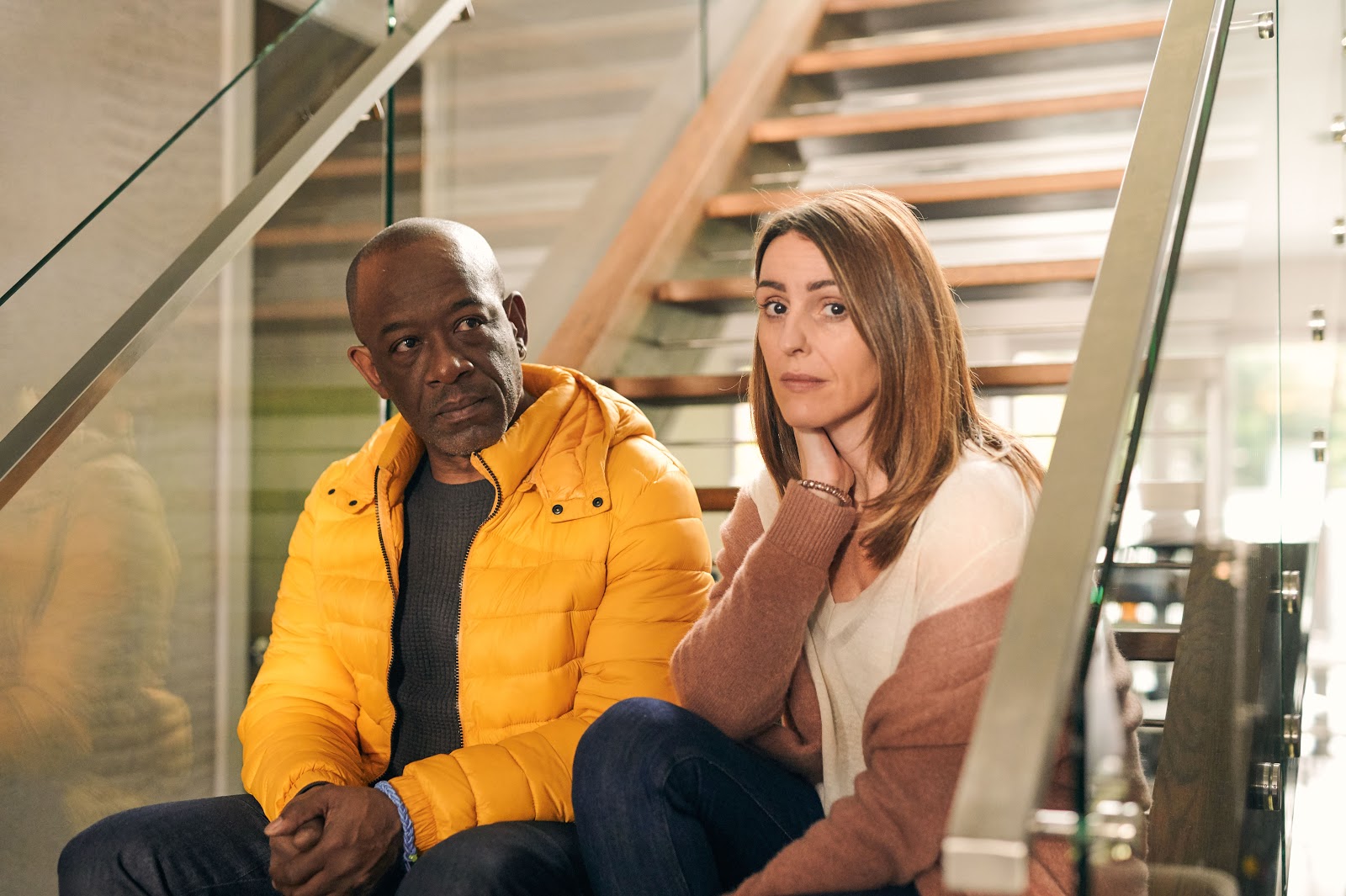 “At the heart of Save Me, one of the biggest messages is that Nelly initially thinks his daughter would be better off without him, but then he gets smacked in the face and realises the damage he had done to this child, and what it led to in her life,” adds Lennie. “These days, I think a lot about the murder of George Floyd, and how both it and COVID-19 have burst a lot of the social bubbles we’ve been living in for most of our lives. 2020 is a year in which we’re reminded how important human contact is, and even as we go into the new normal, I hope that we come out of this remembering how we have a responsibility to each other. Much like how the absence of Nelly had an impact on Jodie, our presences and absences in each other’s live do have an effect on each other. We need each other, and we can’t have it any other way.”

Save Me Too Series 2 premiered on Friday, 17th July 2020 on BBC First (StarHub Channel 502), also available as catch-up on BBC Player.

0 comments on “Television Time: An Interview with Lennie James, creator and star of BBC’s Save Me Too”