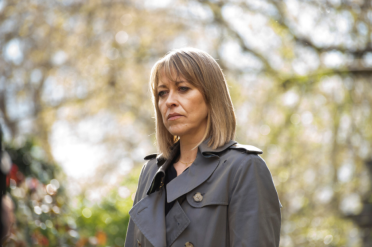 When the first season of BBC One’s fast-paced, London legal drama series The Split left us on an explosion of an ending, as protagonist Hannah Defoe’s (Nicola Walker) marriage was left hanging by a thread following the revelation of her husband’s affair. Meanwhile, Hannah had receives a declaration of love from the charming Christie (Barry Atsma), while her once estranged father passes on, forcing her to lose him for a second, devastating time. Along with the brand new merger between the Defoe family law firm and rival firm Noble & Hale (which Hannah left the Defoes for), things look only set to get messier, as Hannah and her family unravel the twisted threads that make up their relationships, and figure out just how to resolve these split ends once and for all. 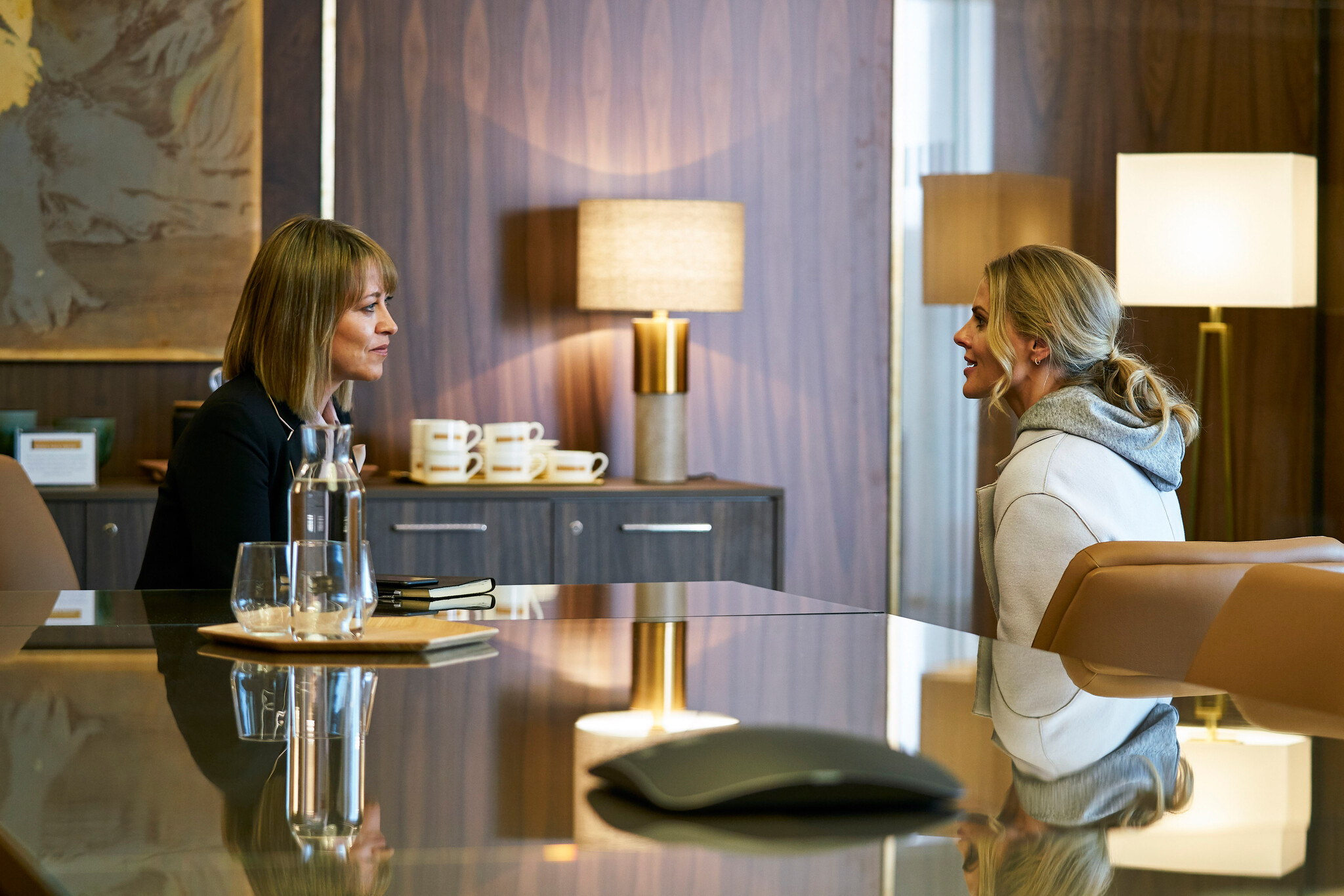 In line with the release of the second season of The Split this year, we spoke to BAFTA-nominee Nicola Walker from the UK, and spoke to her about what to expect from this season, how to take care of each other both on set, and what’s next for her. On how she’s been coping with the pandemic Nicola comments: “I was initially meant to be in a play by the National Theatre, but that’s since been postponed to next year. Right now, I’ve been scheduled to return to a job the finish up filming, and there’ve been so many new restrictions in place for our safety. I know some things have been cut or rewritten because of the situation, and on set, there’s limits on how many people there can be at any point in time.”

“Most of the actors in London are just waiting it out and hoping work will resume again,” she adds.” But I’m optimistic; Shakespeare wrote some of his greatest plays while London was under lockdown back in his day, and I believe the creative industry will find a way to pull through, and get through this financial crisis together.” 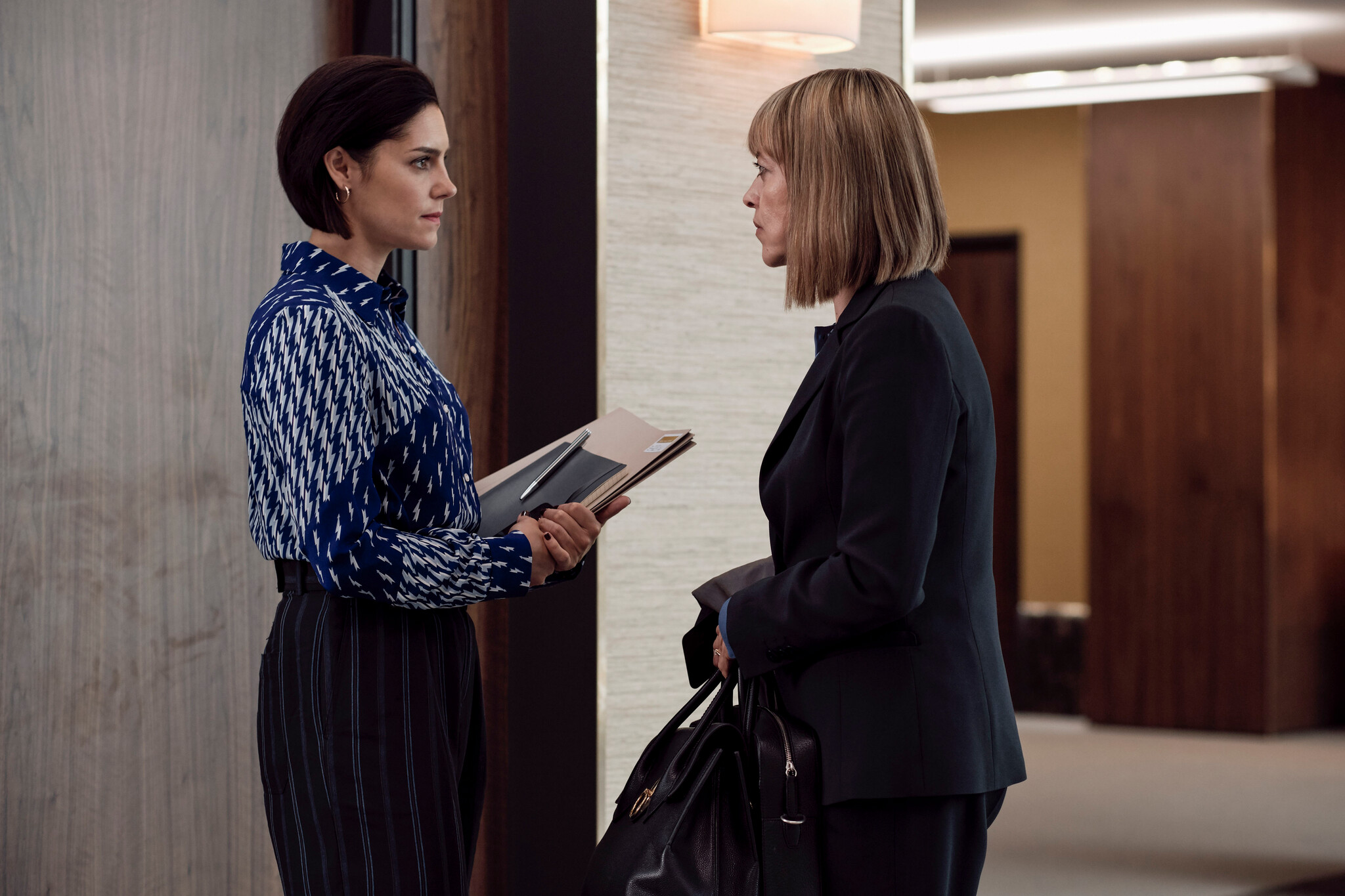 Moving on to the show proper, Nicola comments on her immense respect for showrunner Abi Morgan’s skill with handling the show, and how it differentiates itself from other projects she’s been on. “The interesting thing about how Abi writes is that it’s not the kind of family drama that’s going to go on forever and ever, but at its heart, she’s trying to tell this story about marriage, love and family.” says Nicola. “Abi deals very honestly with all of these women. She sees great joy in all their lives, but she doesn’t shy away from the fact that there is a deep sadness in those daughters. Psychologically in the way she writes, she’s really, really clever and that makes great drama.” 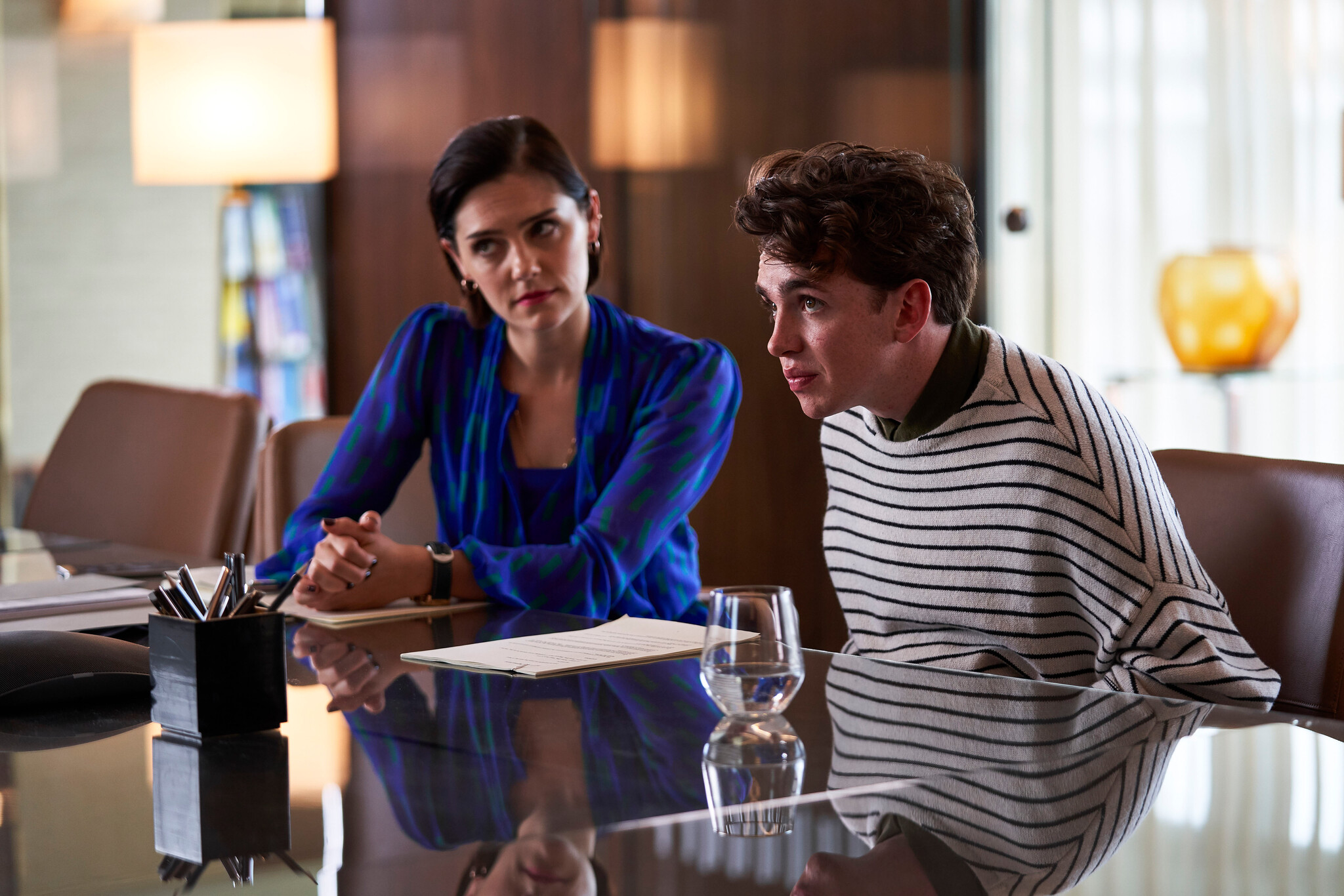 “When I first read the script and saw how Abi started off the second season, I came back to this woman who’s changed so much of her perspective, still reeling from her grief and dealing with an affair, and I told Abi – this is going to be a bumpy ride isn’t it?” Nicola continues. “For myself as an actor, Hannah, as my character, I really want her to be ok, and to have a good resolution at the end of the series. But it’s been working out well so far, and with the cast, we’ve created this strange pretend family we all believe in and feel close to, and the emotional scenes are heightened because of our chemistry with each other, and of course, thanks to such good writing.” 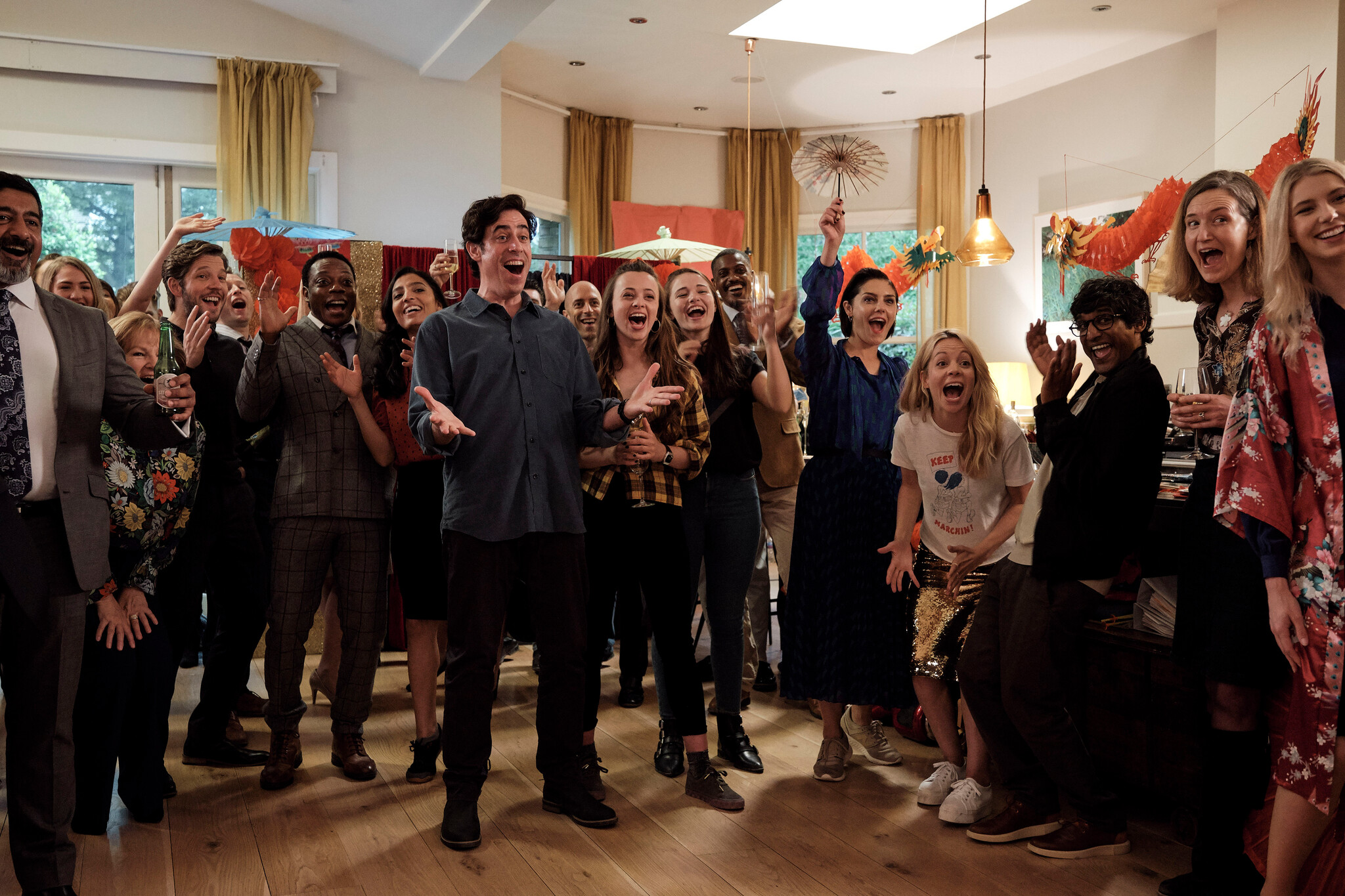 Speaking about how much change Hannah has gone through from the first to second season, Nicola comments: “Hannah knows that she’s capable of this new role in this company and that is reflected in the way she dresses. The clothes are important in that they are part of the job. It’s important for her to dress in a way that is equivalent to her status, but they have a purpose.”

“When she engaged in her own affair with Christie, it doesn’t sit well with her, because she thought she was a better person than that,” she adds. “It’s interesting when Nathan talks about his affair very honestly at one point, and he says, he thought if you have an affair, you would feel really guilty. And you would be thinking about the children, but the truth is that he didn’t, and that was what terrified him. And that is where Hannah is now and that frightens her – that she’s doing these things without thinking about the damage it’s going to cause.” 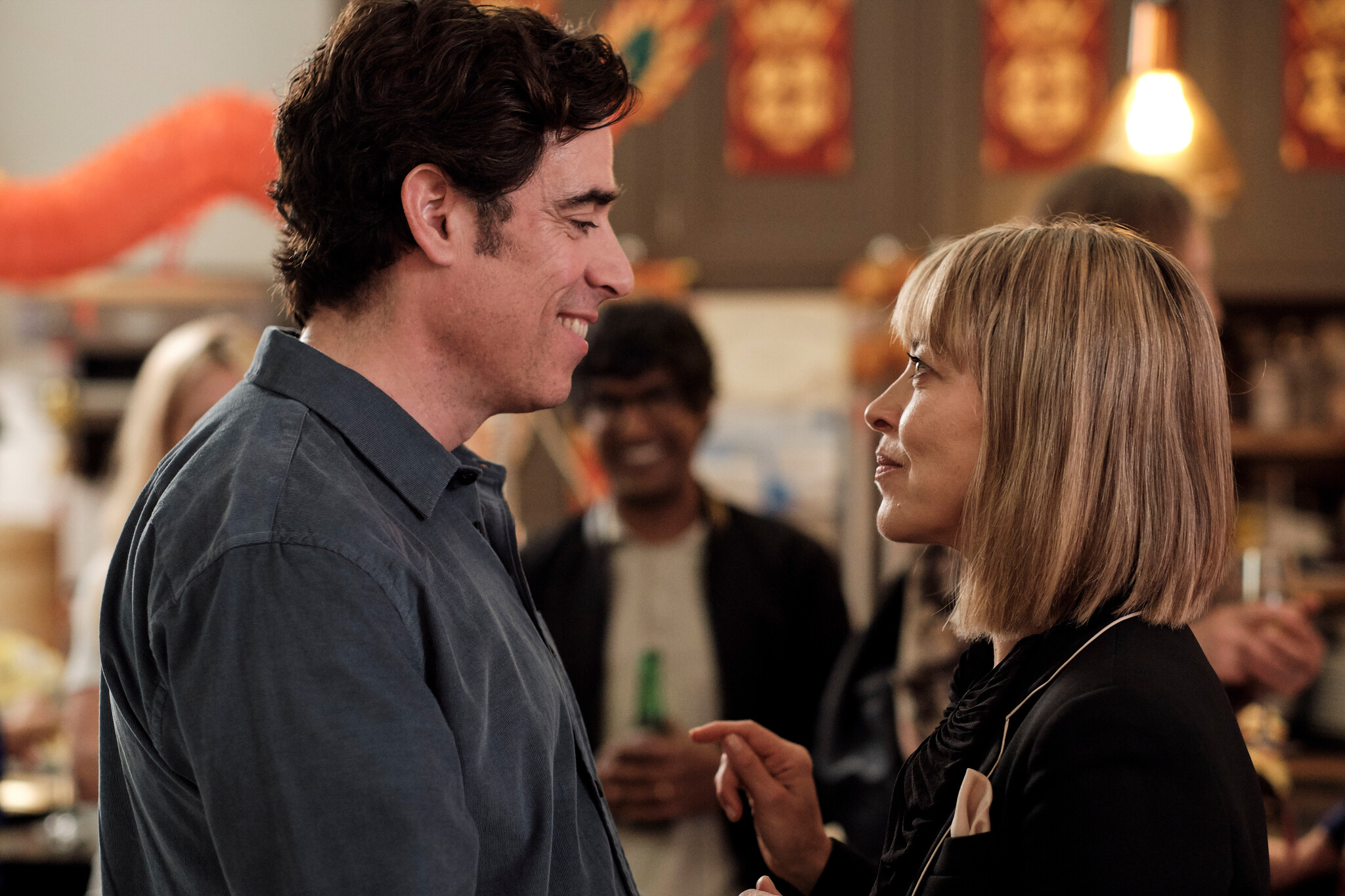 Commenting on how different watching the show as a viewer is from performing on it, Nicola explains how different the final cut is from the rough version she sees at the end of filming. “The raw footage is so interesting, and there’s so much that the editors removed for the final cut of the episodes,” she says. “I remember we had this huge, 15-page scene that was basically the argument to end all arguments, and every awful truth between a husband and wife comes right out. It’s one of the best scenes I’ve ever been a part of, but when you get to the actual episode itself, you see how they’ve edited the scene from different angles, overlaying it with music and breaking it up so the audience doesn’t necessarily see or hear the whole thing from start to end. It’s extraordinary, because it makes it far more interesting than having them know every minute detail.” 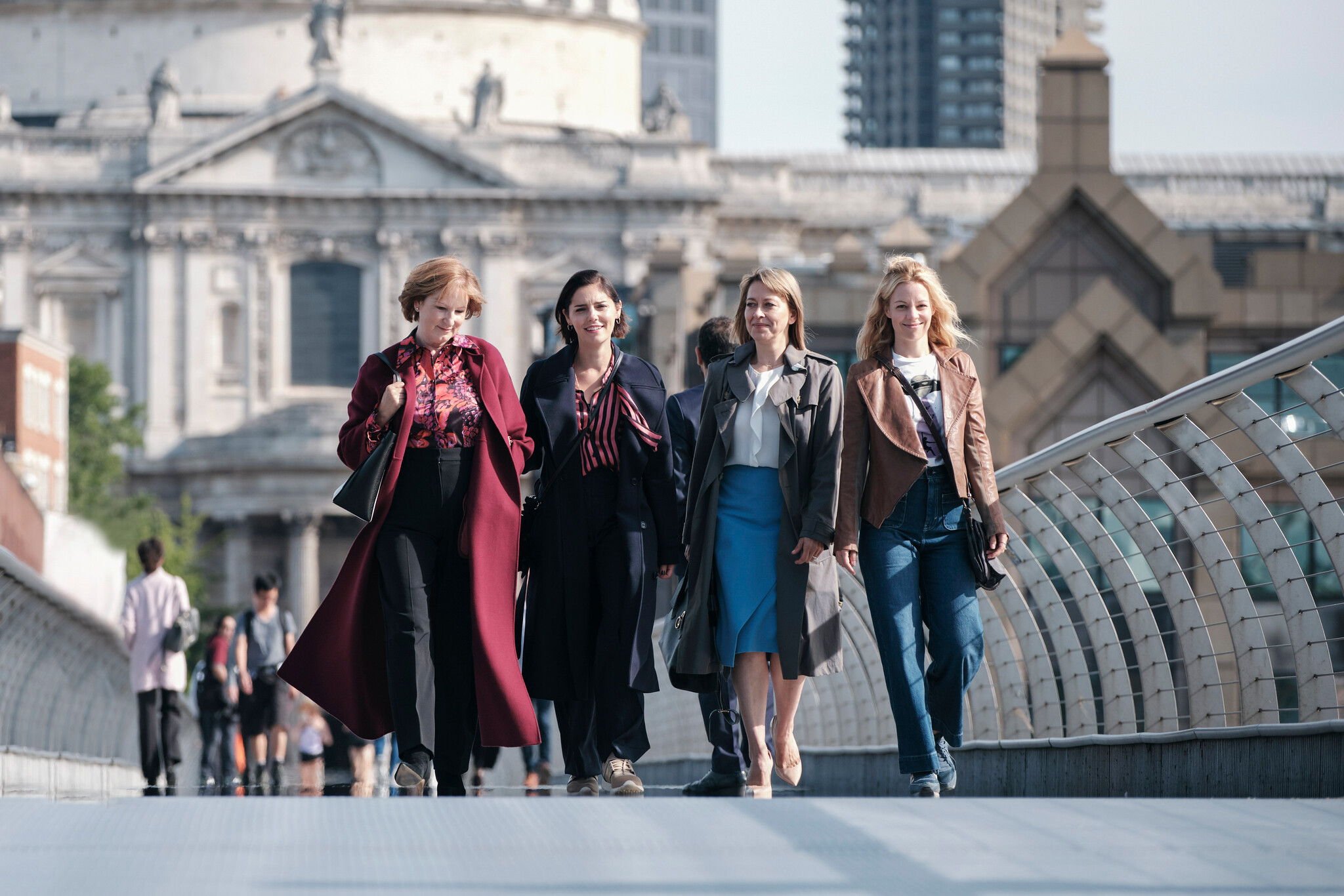 “As much as it looks like there’s so many sad moments that happen on camera, it’s honestly really fun thanks to how the cast takes care of each other, knowing when we need emotional space after a scene, and really understanding each other’s vibe,” Nicola muses. “As an actor, my job is to be in character on the day in the moment, and do my best in that small part that I have. It’s quite liberating, because I only have to worry about my own character’s journey, while the creators and other people behind the scenes are the ones taking charge of how this entire world and greater story is being told.”

And in spite of the ever-rising divorce rates in the world and the cases she deals with as Hannah on the show, Nicola remains unerringly optimistic about love and marriage today. “Working on the show has certainly changed my view of Hannah’s marriage, but when it comes to the institution of marriage as a whole, I think we’re rethinking it all the time, as we continue to reshape our ideals and definitions of what makes a relationship work,” she concludes. “I just think human beings are so fabulously hopeful, how even when the statistics are not on our side, how often they breakdown, yet you still see so many people trying and getting married anyway. This hopefulness and adaptability is what keeps us going, and I think is the right mindset to keep things going.”

Catch The Split Series 2 on BBC First (StarHub Channel 502) and BBC Player – watch it on a bigger screen with Chromecast and Airplay.

0 comments on “Television Time: An Interview with Nicola Walker, star of BBC’s The Split”