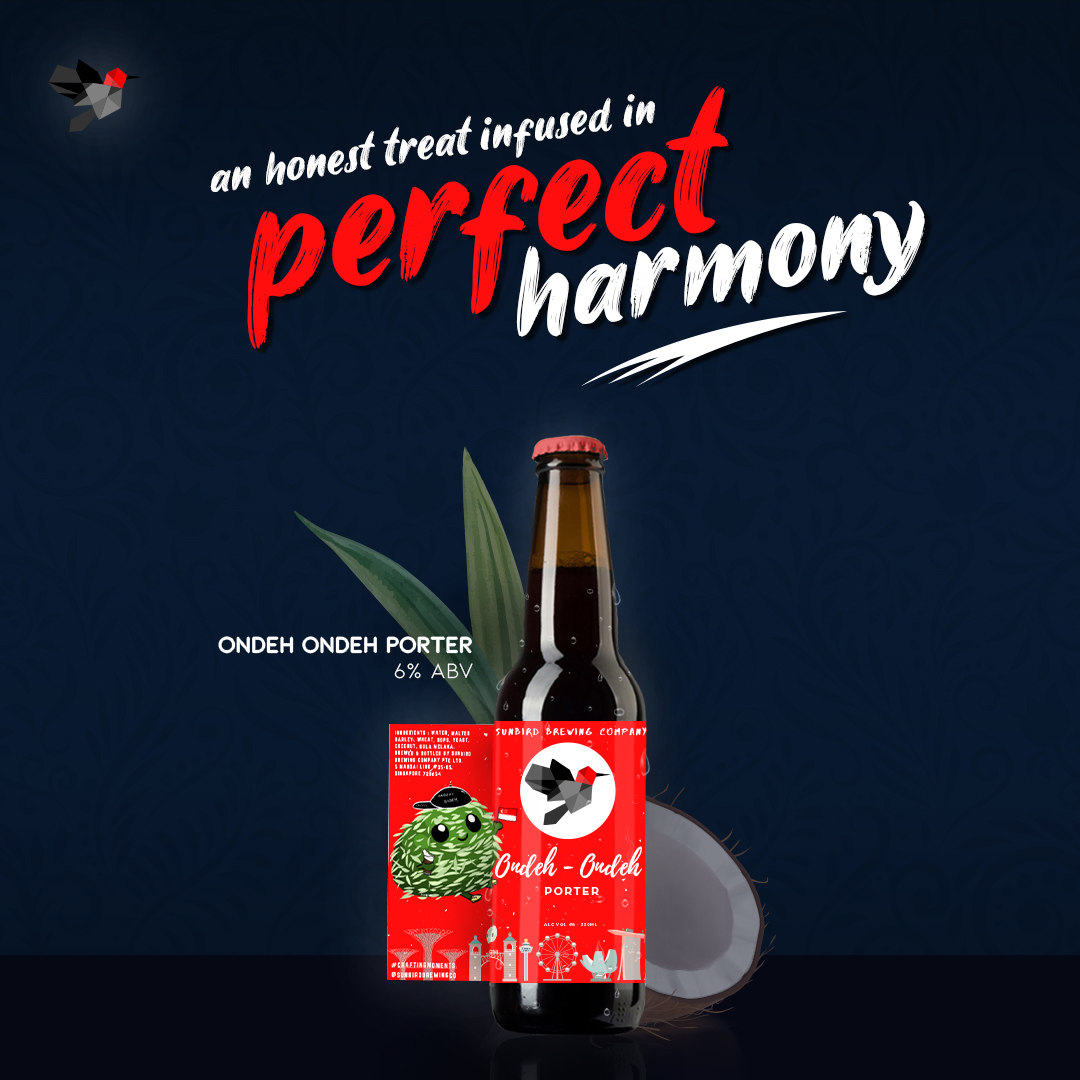 Last week, we were invited to the Orh Gao Taproom at Serene Centre for a media tasting session where we got an exclusive preview of the beer. Set up by co-owner Sam and two of his friends, by day, Orh Gao Taproom is actually a Killiney cafe that Sam helped franchise. When the sun sets however, it transforms into the craft beer bar. What’s also interesting about Orh Gao Taproom is how it really exudes the air of a casual gastropub, where customers can practically come in shorts and slippers to kick back and relax with an ice cold beer, fresh from the tap. 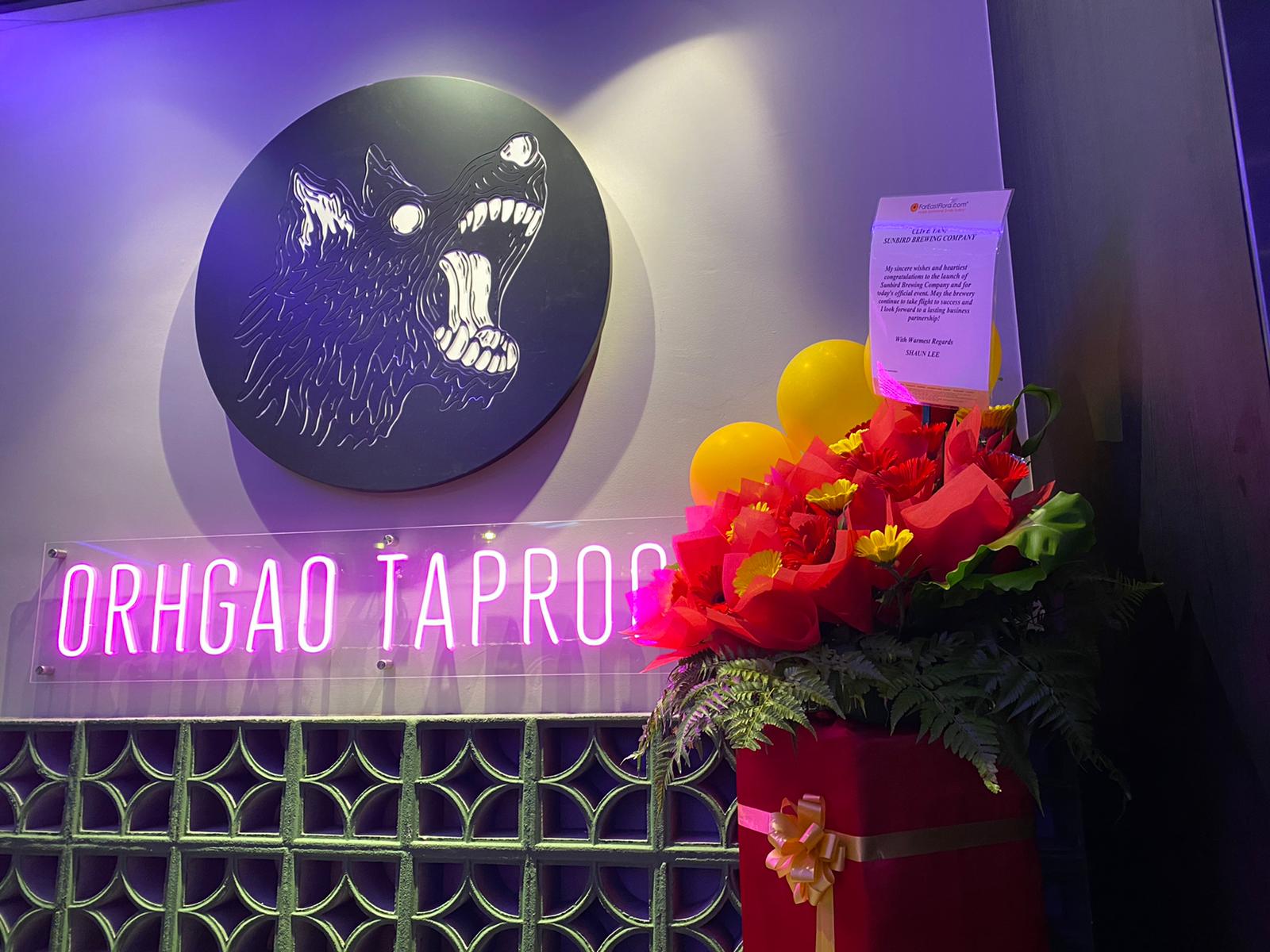 When the media tasting session began, Sunbird Head brewer and Founder Clive Tan addressed us, explaining and emphasising how Sunbird is all about the human touch. Despite having only opened this year, they’re already off to a great start, with their beers stocked at over 20 outlets and with plenty of exciting new collaborations to come. 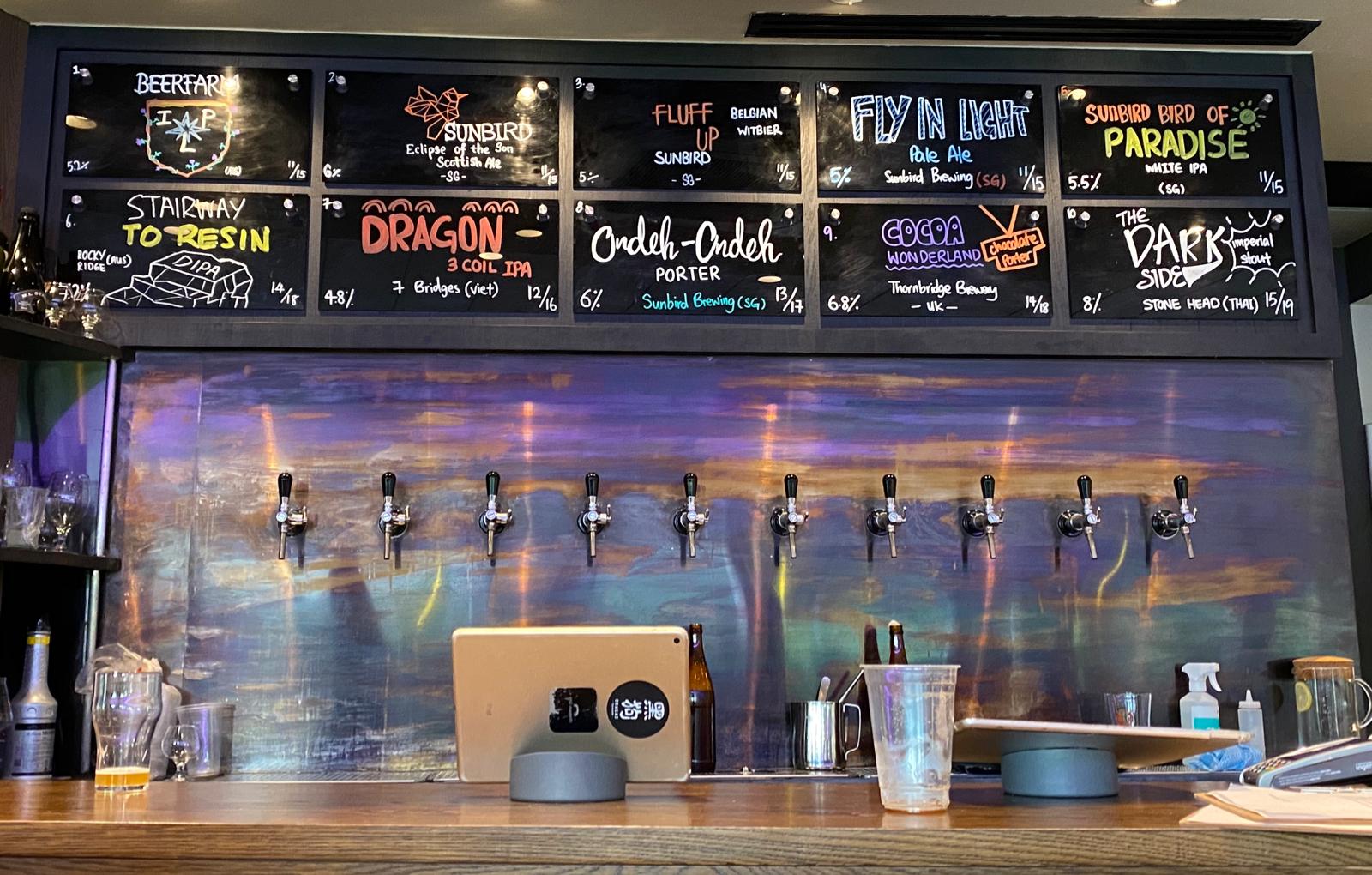 “As a local craft brewery, we are always inspiring and motivating ourselves to curate new flavours that can resonate with Singapore’s modern and multicultural society,” says Clive. “In the cocktail scene, we have the Singapore Sling that’s so well-known around the world, and we hope that our Ondeh-Ondeh Porter will also excite the palate of the masses and encourage them to appreciate craft beers produced by a Singaporean brewery.”

The Ondeh-Ondeh Porter is an interesting brew, with tasting notes of coconut, gula melaka and pandan. There’s a welcome familiarity to the taste, and Clive explains how drinking it is meant to replicate the feeling of biting into an actual ondeh-ondeh nyonya kueh, recreated from scratch through hours of roasting and dedicated brewing for the speciality malt to open up. We found that a sip of the Ondeh-Ondeh Porter starts with the taste of coconut, before the gula melaka hits you (much like how the juicy interior of the kueh gushes out when you take a bite). Finally, the drink ends off with a satisfying, dark toasty aftertaste. 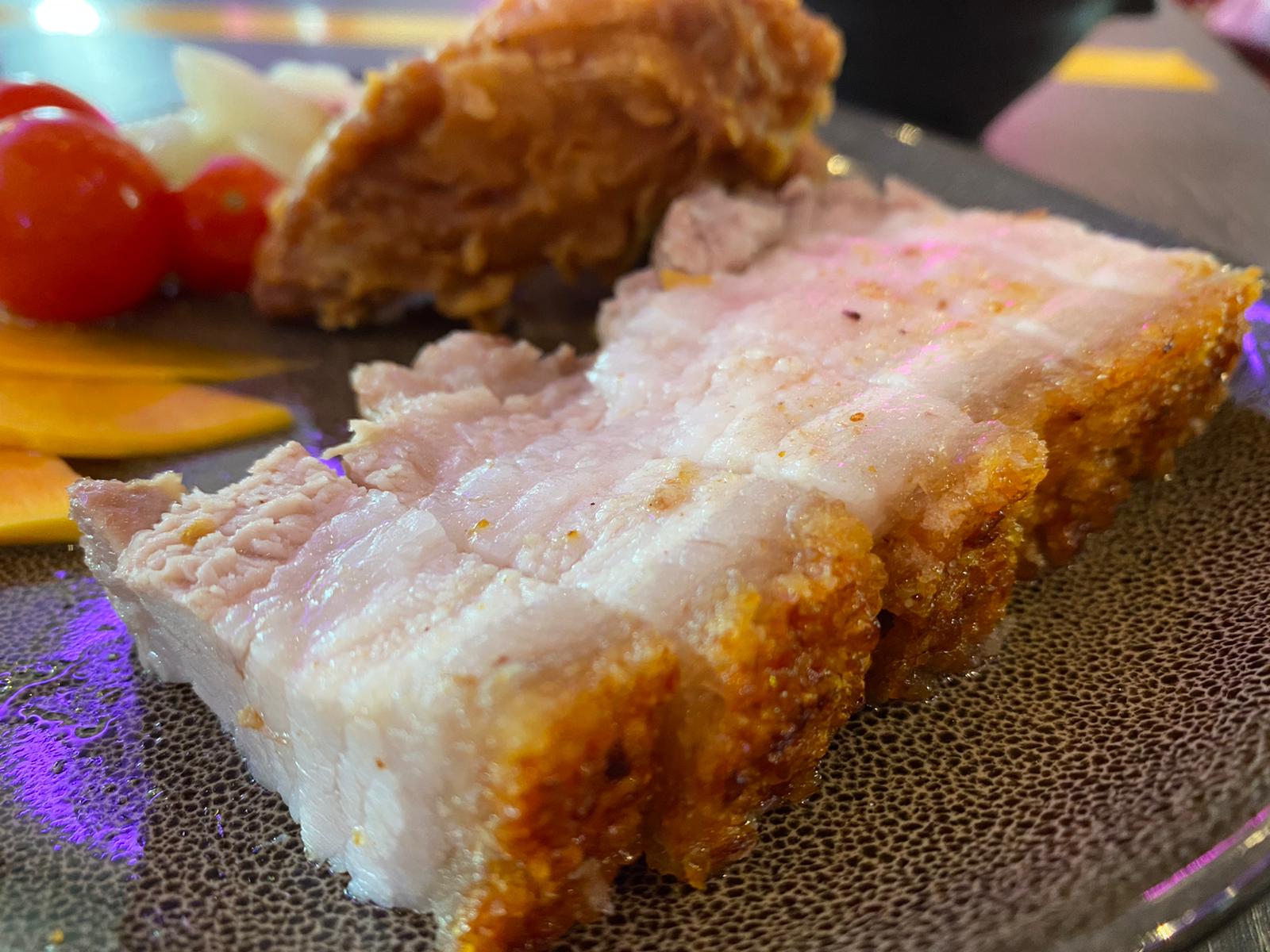 Alongside the porter, we were also served Orh Gao’s signature orh gao’s signature sio bak (crispy pork belly) and har cheong kai. The sio bak came with a delicious belacan chili, containing a zesty kick from the lime that was squeezed into it. Couple that with how crispy the skin of the pork belly was, and it made the perfect pair to a pint that evening. 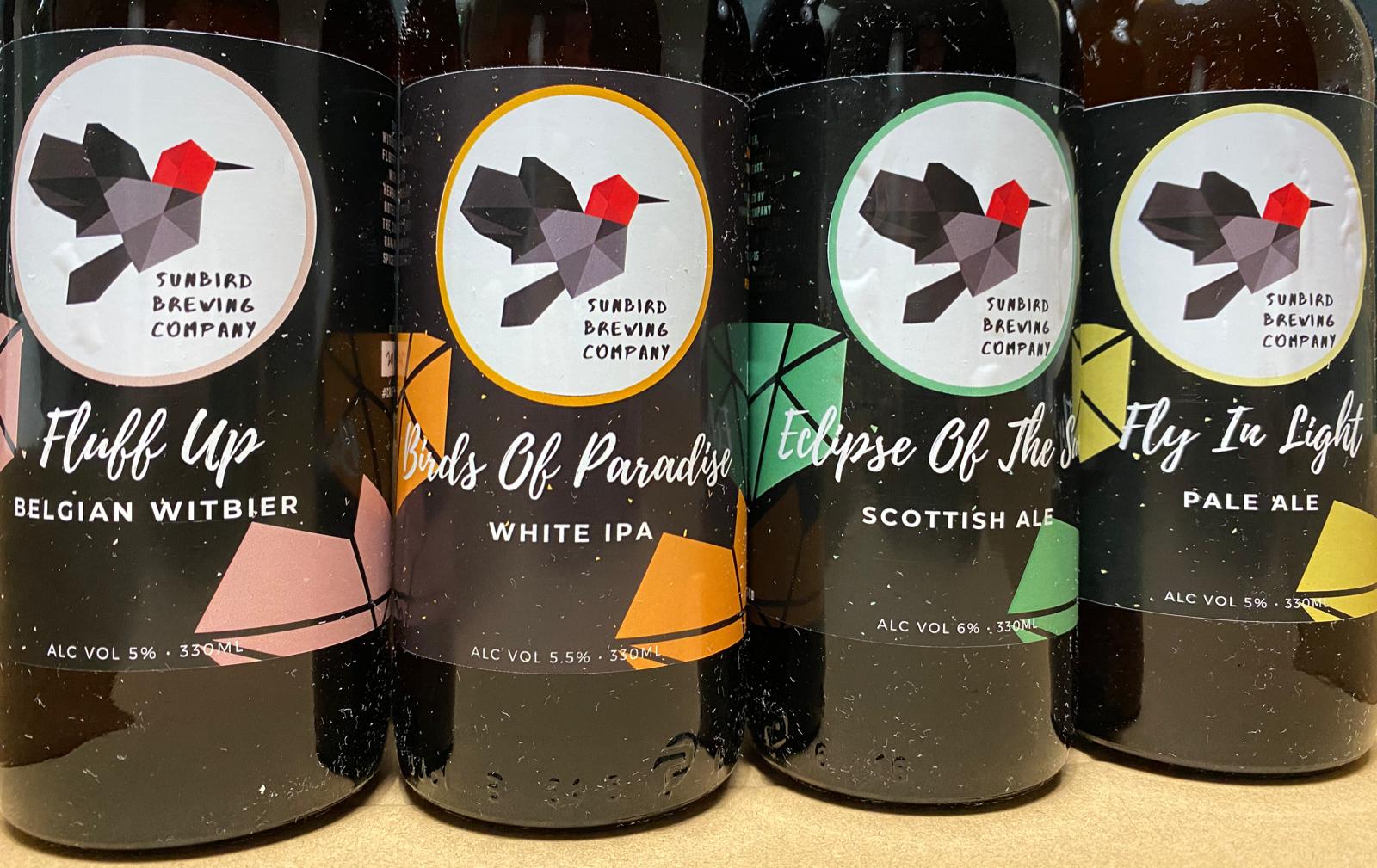 The Ondeh-Ondeh Porter joins Sunbird’s other four offerings, namely: the Fluff Up, a Belgian whitbier on the sweeter side that caters to the Singaporean palate; bestseller Birds of Paradise, a white IPA that upon tasting, gives off fruity notes that remind you of Christmas, making you want to dance in the snow; the malty Eclipse of the Sun Scottish ale, a rather unique product in Singapore that has a dark caramelised flavour; and the Fly In Light, a light, easy to drink pale ale.

With the long National Day weekend, take a chance to chill, and try Sunbird’s brand new brew for a tipsy little act of supporting local. In the meantime, look out for more new ventures and creations to come in the coming months, as Sunbird continues to reinvent and disrupt the craft beer scene with their innovative concepts.

A pack of six Ondeh-Ondeh Porters will be priced at $55 nett. Limited mixed pack of twelve will be available at $78.00 (excluding 7% GST). Sunbird Brewing Company’s beers are available through selected platforms and on their social media platforms, Facebook and Instagram