In these tough times, getting through the drudgery of each day is more difficult than ever. What would probably help, is a nice pint to help us unwind at the end of the day. Answering that call is the newest craft brewery on the block – Sunbird Brewing Company, who’ve recently launched a delivery service for their four brews to bring the joy of craft beer to everyone.

Sunbird is led by 29-year old director Clive Tan, whose resume includes breweries like Archipelago Brewery and Brewerkz. Despite his age, he’s already built up a reputation as the brewer behind some of Asia’s top-selling craft beers. But his journey started out simply enough – with a touch of curiosity. “I took a home brewing workshop at the time I was about to graduate, while also finding out what types of beers there were, and reading up about the differences between commercial beers and craft ones. I eventually took a leap of faith and decided to join the industry as an assistant brewer,” says Clive. “The more you do, the more you fall in love with your job every day, and in in three years, I think I managed to learn enough to start a brand new venture of my own, and that’s how I took the chance with Sunbird.” 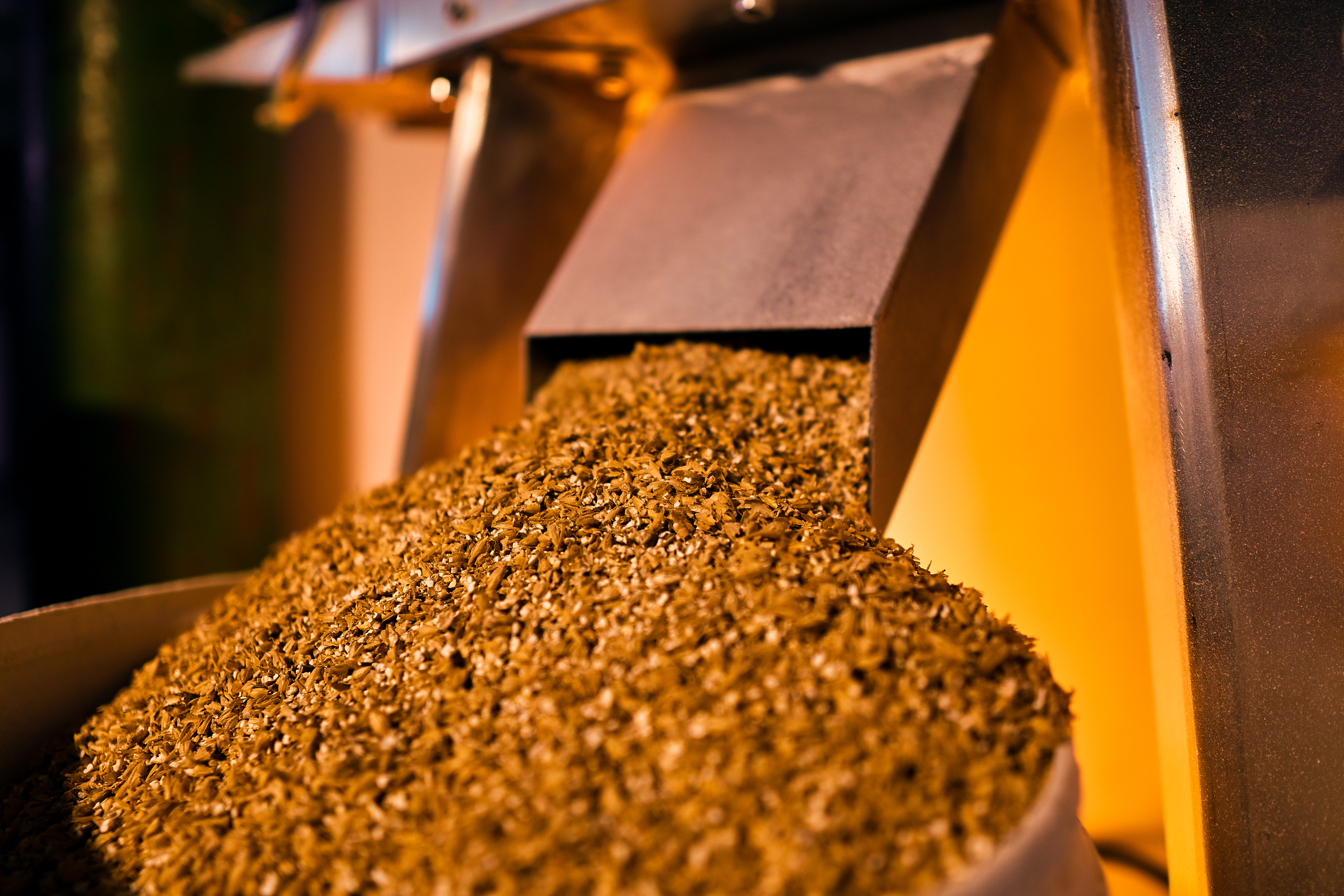 The brand launched with a collection of four craft beers: pale ale ‘Fly In The Light’, white IPA ‘Birds of Paradise’, Scottish ale ‘Eclipse of the Sun’ and Belgian whitbier ‘Fluff Up’. “Sunbird is all about having options that will please both seasoned craft beer drinkers and newcomers to the scene,” says Clive. “We’d like to take our consumers on a journey with us, especially when it comes to education and being able to show them brews that are different from what you might usually get in Singapore.”

Take for example the pale ale, which Clive describes as having a citrusy and grapefruit-like aroma. Unlike the pale ales one might find from most breweries in Singapore, Sunbird’s version is slightly maltier and very light, and is considered the easiest of the four to drink, intended to ease newbies into the scene. Similarly, the whitbier differentiates itself from others by being cloudier and less diluted, and as a means of showing customers that this is the style of whitbier they drink in Europe.

Meanwhile, the white IPA was initially created specially for last year’s festive season, with its light colours and citrus and pine aromas encapsulating the essence of a white Christmas, an entry level IPA that’s easy to drink. As for the caramel-like, darker Scottish ale, a more uncommon choice of brew for the market, Sunbird’s strategy was to differentiate its product from others that were available on the market, and filling in the gaps where it was lacking, something Clive intends to continue developing and explore with subsequent brews. 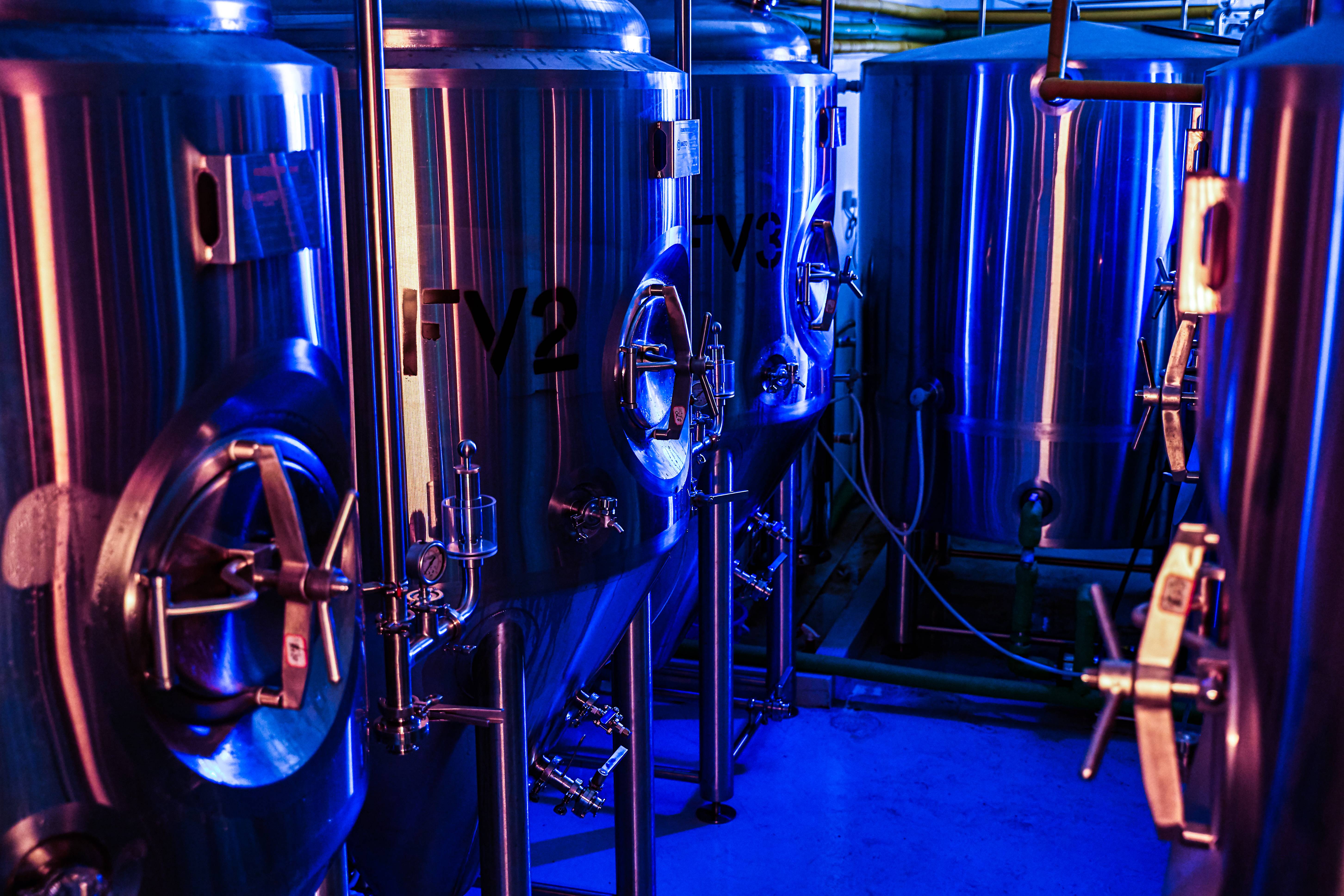 To create all this, the state-of-the-art brewery is designed to match Clive and the company’s brewing technique. “When you talk about breweries, a lot of the time it’s not about how high tech we are, but how well our equipment matches our style, and gives us the ability to constantly change it up,” says Clive. “We’ve been gathering plenty of feedback from our consumers and adapting our supply according to the demand. Beer moves fast, and we always have to make sure we prepare ahead of time to ensure we never have an out-of-stock situation.”

Like all F&B businesses though, this has been a difficult time for Sunbird to launch, and is not without its challenges, with large order cancellations and shifting a launch party to a virtual soft launch instead. Clive also explains that Sunbird had to go through a paradigm shift, switching from B-to-B to B-to-C in its approach. “What we did was to launch a direct-from-brewery delivery service, as well as focus on our marketing to build brand awareness to both seasoned craft beer lovers and newbies to craft beer,” says Clive. “So far, the result has been positive, but of course, we’re still looking to improve the delivery portal and create a seamless user experience, and continue to raise our visibility.” 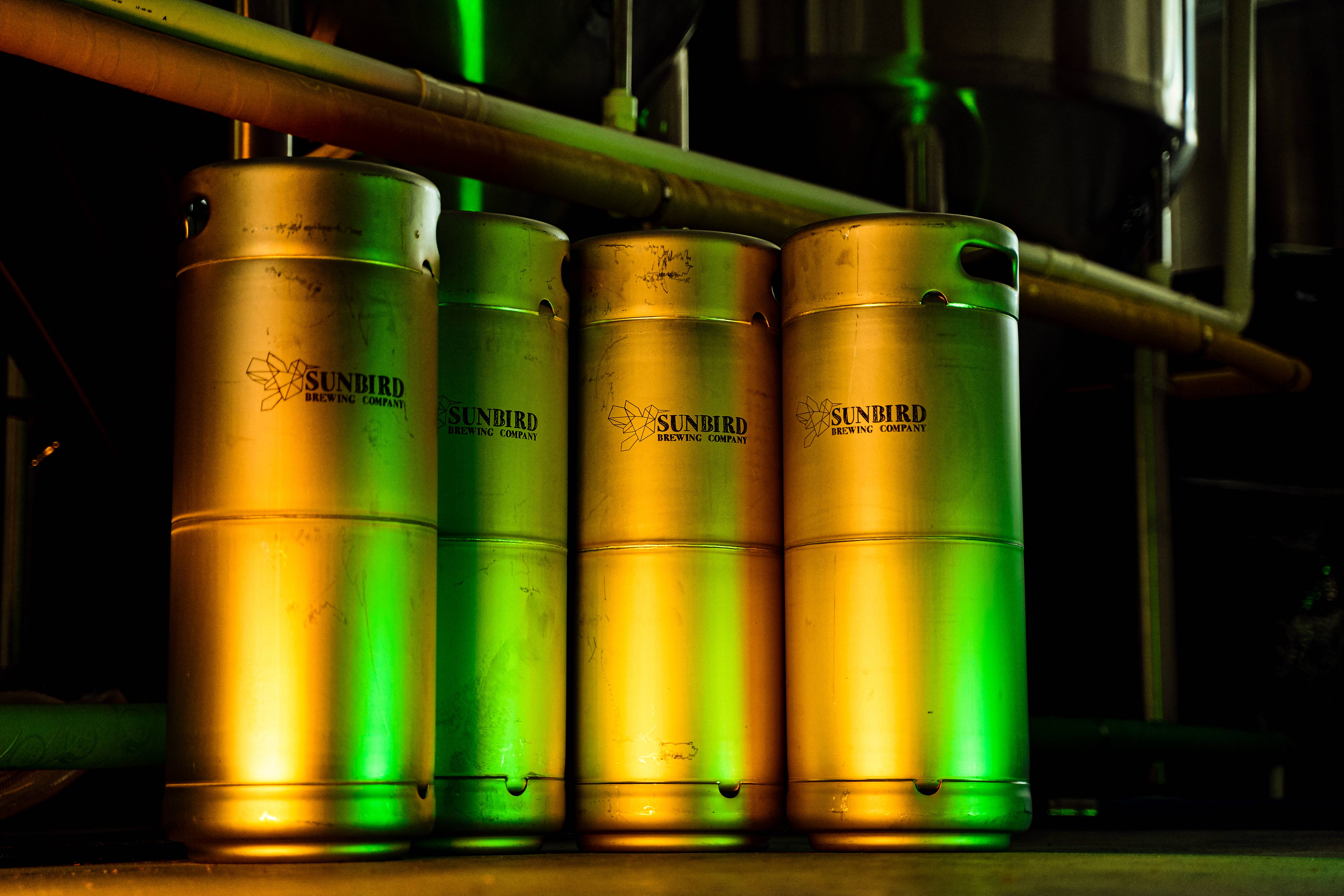 Sunbird looks set to continue rising in future, with enthusiastic response to the delivery service they launched at the end of April; already, they’ve sold out the first batch of all available bottles and are in the midst of restocking. “2020 is all about striving, not just for us, but everyone else,” says Clive. “Our consumers wake up, work, and end work, and there’s so little opportunity to gather outside or go for events. At the end of the day, they just want to kick back and relax, and we want to be there for them with a good craft beer.”

In future, Sunbird plans on working on a number of collaborations (such as #SGCRAFTTOGETHER with other local craft brewers), as well as release brews for seasonal events, be it Oktoberfest or Christmas 2020. For now though, they’re happy to be here to help consumers get through the new normal, continue developing craft beers to put Singapore on the world map, and craft a bright future ahead.

Sunbird Brewing Company’s beers are available through selected platforms and on their social media platforms, Facebook and Instagram 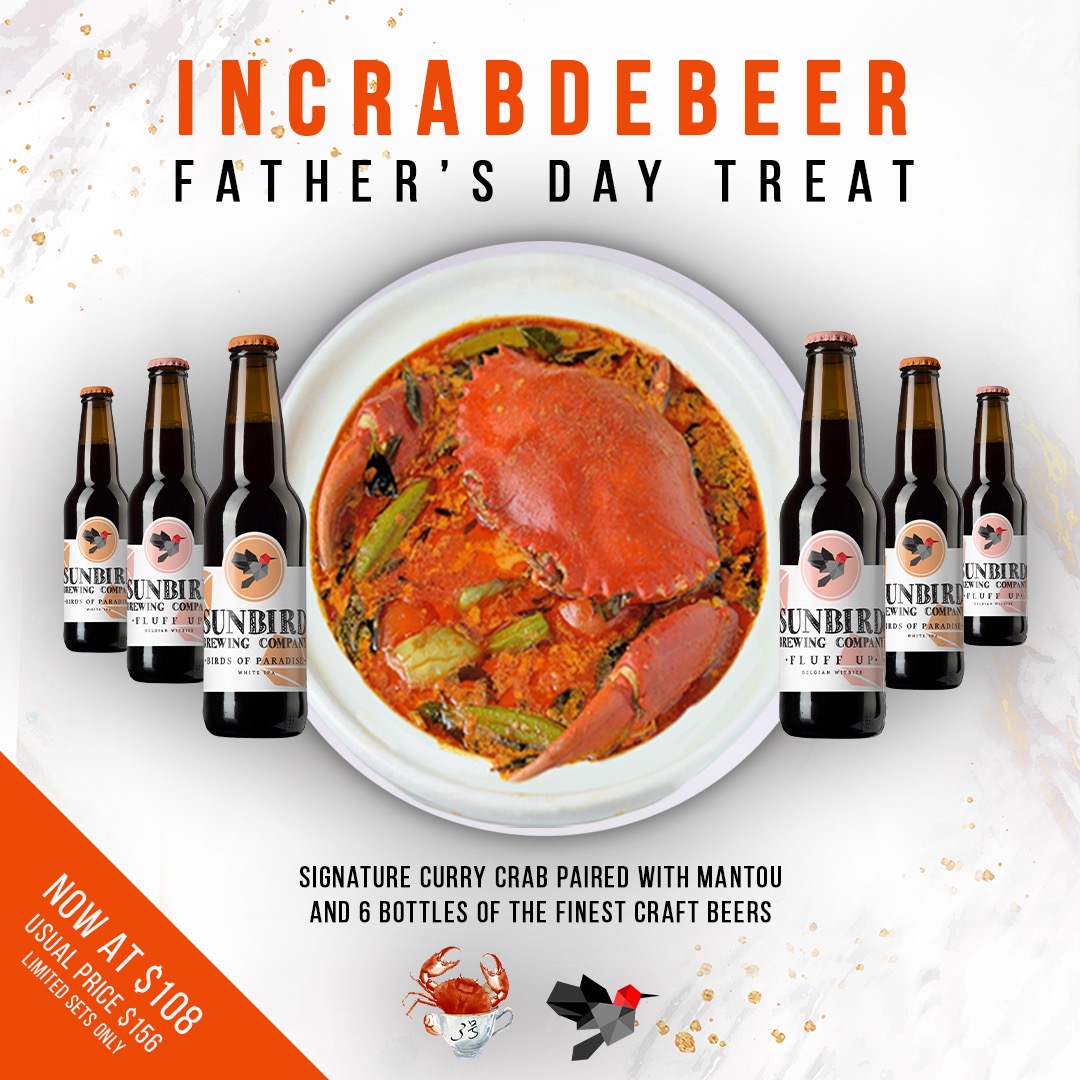 This week, Sunbird launches the INCRABDEBEER bundle, partnering up with 3 Crab Delicacy to include 2 pieces of Signature Curry Crab ,six mantous and six bottles of White IPA and Belgian Witbier for just $108 (worth $165). Pre-order available here