This October, the Asian Film Archive (AFA) is set to present its latest Reframe programme, An (In)Hospitable World, aiming to bring together diverse audiences and the film community at large to consider the “new level of inhospitality” brought about by the global COVID-19 pandemic.

Taking its title from Jennifer Fay’s book, The (In)hospitable World explores the power of cinema to represent, reflect, and envision lives in “an unpredictable and increasingly inhospitable world.” In this new geological epoch dubbed the Anthropocene, cinema does not merely expose the ecological and environmental crises faced in today’s world; they lead us to see the world beyond conventional human perspectives.

Curated by Chu Kiu-Wai, Assistant Professor in Environmental Humanities and Chinese Studies at Nanyang Technological University, the curated films from Germany, Armenia, and the Philippines, among others, suggest a rethink of how we can relate and connect during the time of crisis, to re-orientate ourselves in the post-pandemic world order. Can we still act, connect, and relate, in this increasingly inhospitable world?  How should we cope with loss and grief, while envisioning a more hospitable future?

Located off the coast of Indonesia, the Australian territory of Christmas Island is inhabited by millions of migratory crabs. On this seemingly idyllic island, trauma therapist Poh Lin Lee works with asylum seekers living in a detention centre in the middle of the jungle, waiting to hear from the Australian government if they have been granted asylum. Meanwhile, local islanders carry out “hungry ghost” rituals for the spirits of those who have died on the island without receiving a proper burial. Gabrielle Brady examines how a place can reflect its own past and present. Her documentary follows Poh Lin Lee as she explores the island and speaks to her clients, bringing together the island’s violent past, Poh’s therapy sessions and the journey of the migrating crabs in a meditative “hybrid documentary”. 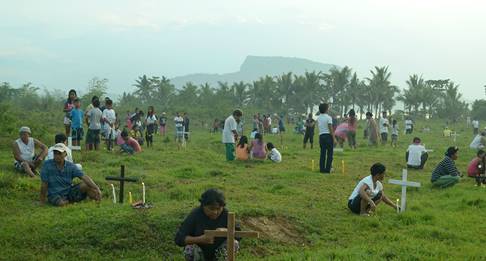 Typhoon Haiyan was one of the most devastating tropical cyclones ever recorded, claiming the lives of over 7,000 people and devastating the city of Tacloban in the Philippines. Filipino auteur Brillante Mendoza’s film Tak Lub begins on the first anniversary of the disaster in late 2014, following the lives of three surviving families in the city. Shot in a naturalistic style that echoes its subjects’ deprivation, the documentary sheds light on this natural disaster and its aftermath through a series of intertwining personal stories.

Nothing to be Afraid Of (Armenia, 2019, Silva Khnkanosian) 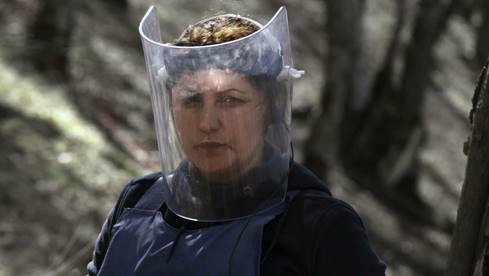 Nothing to be Afraid Of is a documentary by director Silva Khnkanosian that follows five female mine clearers on their risky job. Instead of focusing on the ever-present threat around them, the film showcases a delicate portrait of humanity, allowing an insight into the women’s lives, routines and friendship with each other. The title hints at the playful humour that surfaces between the women as they prepare dinner, having survived another working day through the solidarity of working together to ward off fear.

In line with government regulations, Oldham Theatre is restricted to limited seating. Tickets and any merchandise can be purchased online. Patrons who purchase tickets from the box office are encouraged to use NETS payment.

Measures will be taken to ensure the health and safety of all patrons at Oldham Theatre. This includes wearing a mask at all times for both staff and patrons, temperature taking, SafeEntry logging and observance of social distancing around the theatre.