With how most people have spent the last few months during circuit breaker glued to their screens and streaming series after series, it’s hard to imagine why they’d go out of their way to pay attention to a small film festival taking place entirely online. But the 2020 Perspectives Film Festival has plenty of reason for you to turn your eyes away from Netflix for a moment, and indulge in this well-curated line-up of films from around the world, each one examining the multifaceted nature of truth, in our decidedly post-truth world today. 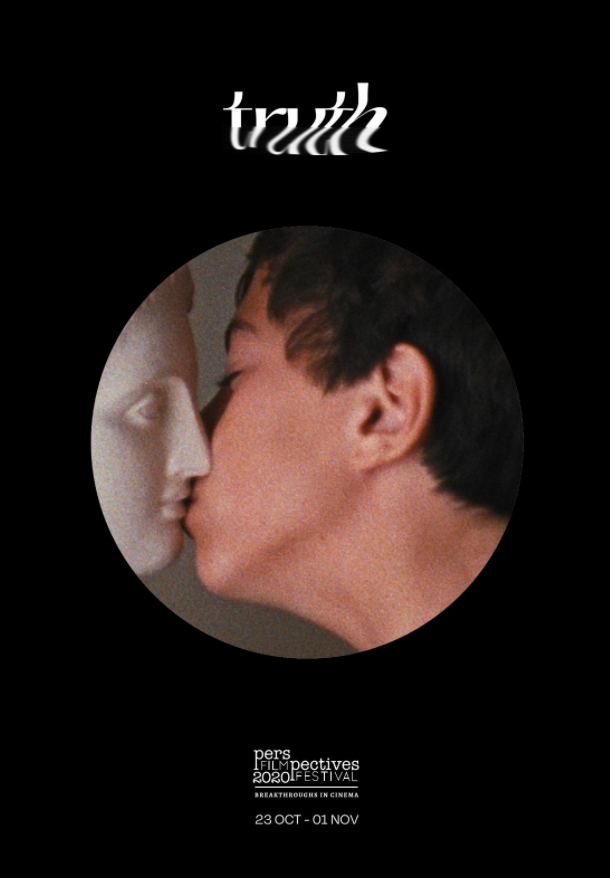 What makes Perspectives such a unique festival however, is how it’s one of the few, and certainly the longest, student run film festival in Singapore, with each year’s festival helmed by a different organising committee from Nanyang Technological University’s Wee Kim Wee School of Communication and Information. As such, each year, the festival literally offers up a different perspective, and always promises something fresh for audiences to immerse themselves in and engage with every iteration. 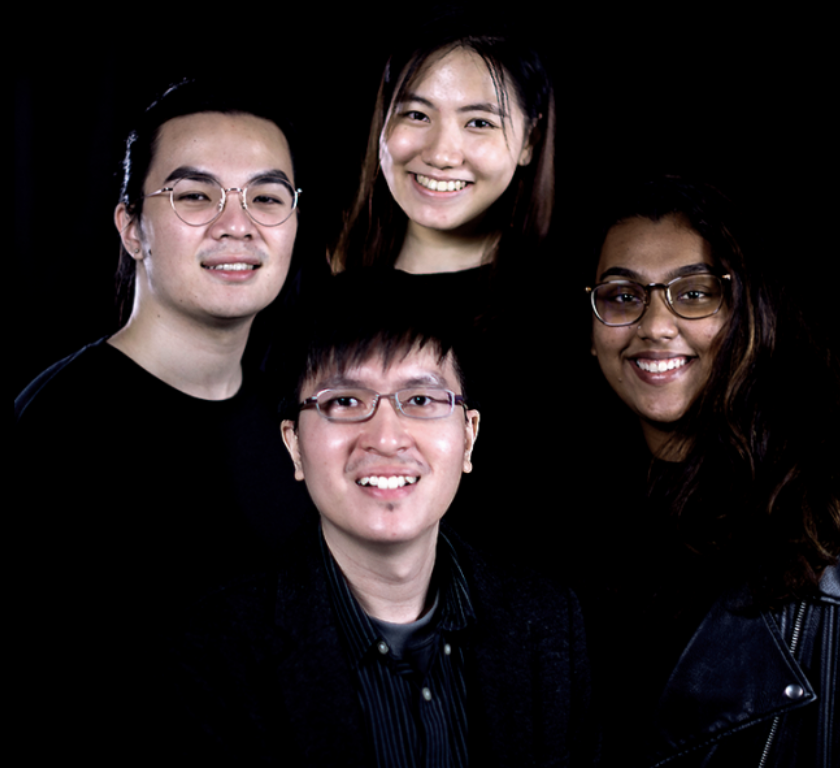 Among this year’s 25-member strong team are Festival Co-director Ryan Lim, Festival Manager Nana Tan, Head of Programming Pranamika Subhalaxmi (Mika), and Head of Editorial and Multimedia Edwin Chan, with every team member bringing their own talents to the table as they work together for the first time to put up the festival. All things considered, amidst juggling school, facing the COVID-19 pandemic and hitting the ground running when it comes to organising an entire festival in a little under 6 months, they’ve done a remarkable job. 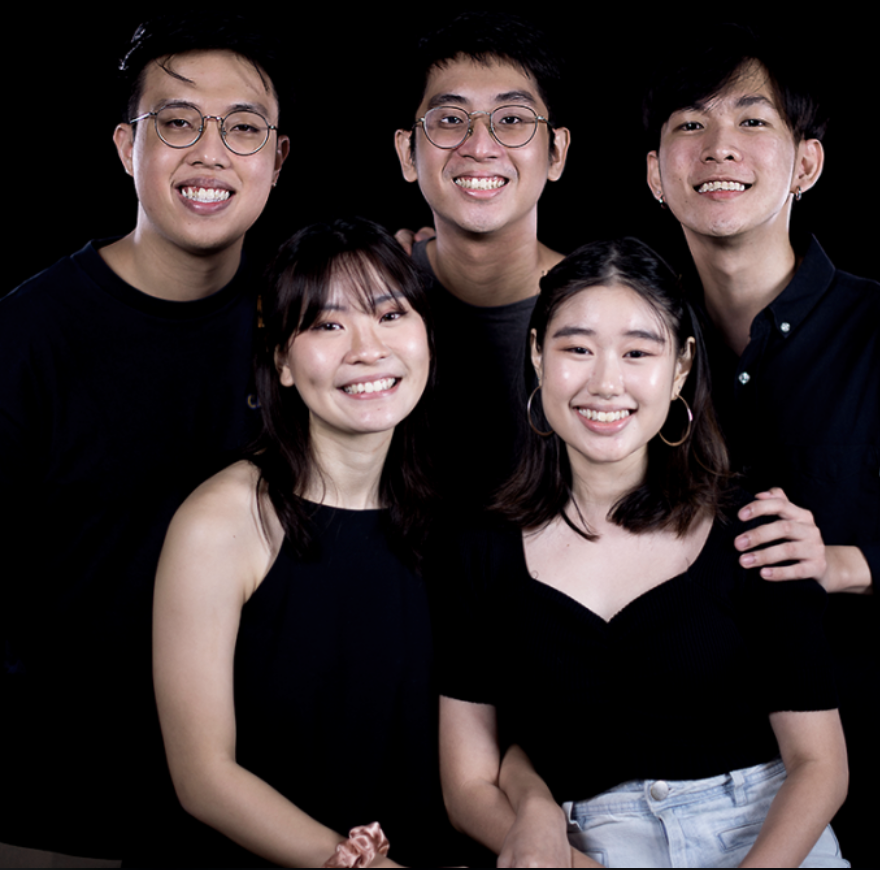 Says Festival Co-director Ryan, whose stint on the committee will be his second festival: “What makes Perspectives special is how there’s always a different team and a different concept each year, and it differentiates us from the other film festivals out there. There’s almost this tacit agreement that we’re not your usual festival, and we always want to emphasise each team’s interests, beliefs and backgrounds, and put out an element of sincerity.” 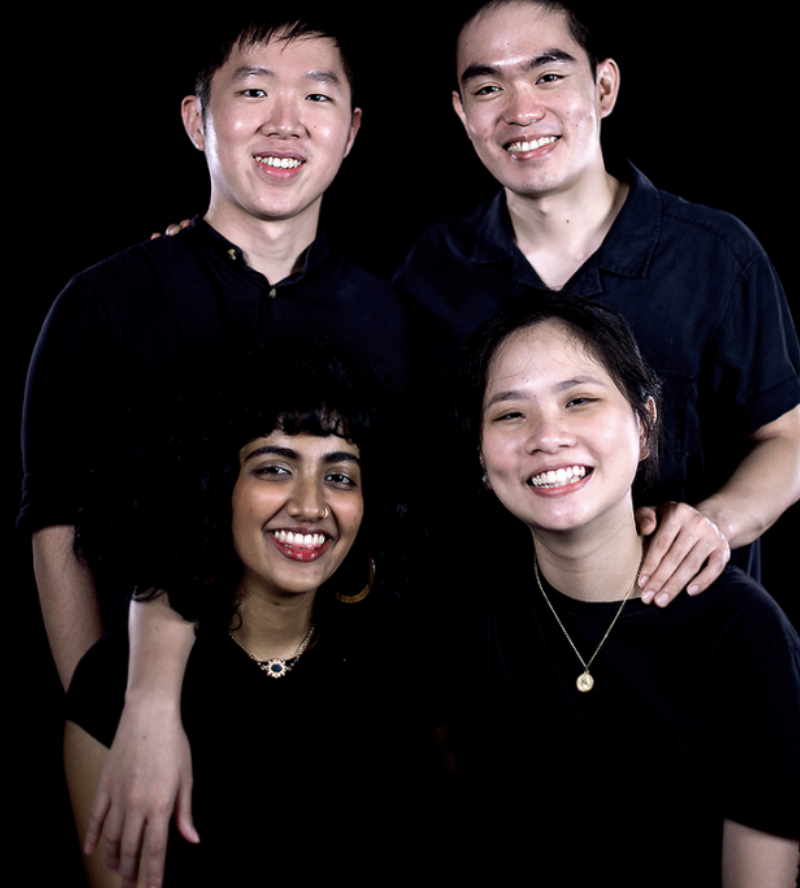 “While the usual number of 8 films can see fairly manageable, it’s more complicated than it looks, not just in terms of the liaison, but the festival experience itself, and learning to set it up,” he continues. “It sits in a nice spot between presenting new films in the industry while also having a clear voice of the programming, what people expect and what we ourselves expect.” 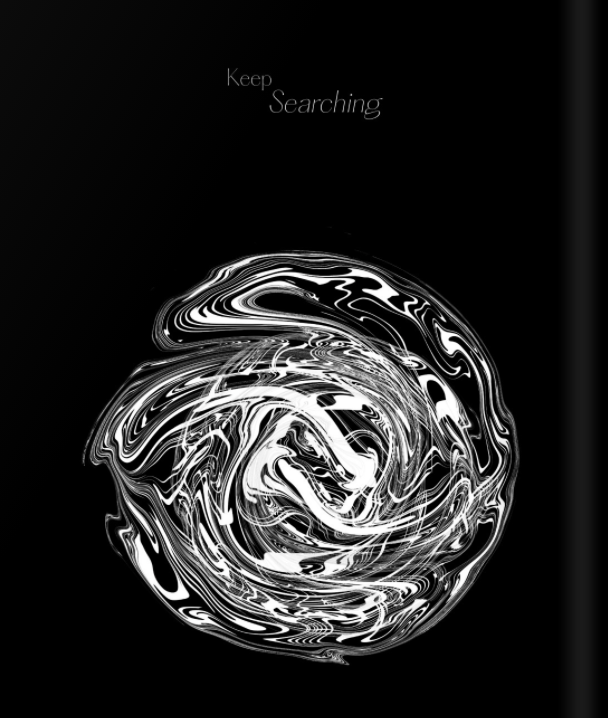 Because of the digital nature of the festival, the team is well aware of the need to differentiate the festival’s offerings from the slew of content from readily available streaming services, most prominently, in their line-up of films. “It’s a lot of incentivising we’re doing here,” explains Head of Programming Mika. “Because it’s virtual, it’s a very different kind of moviegoing experience, and you have to factor in how you’re not going to the cinema or seeing it on a big screen. Because it doesn’t have the traditional shared screening experience, we have to differentiate ourselves by making sure we had films you couldn’t easily get otherwise, stuff you can’t find on Netflix or isn’t really out anywhere yet.”

“The theme came about after a few rounds of pitches from the committee, and Truth seemed like a fairly relevant topic for the year, considering all that’s been going on,” she adds.”We’re really reflecting on the multifaceted nature of truth, whether it’s in current affairs and your own personal truth, and how people constructed their own truth, how truth is manipulated, and how it forms an invisible but key part of society.” 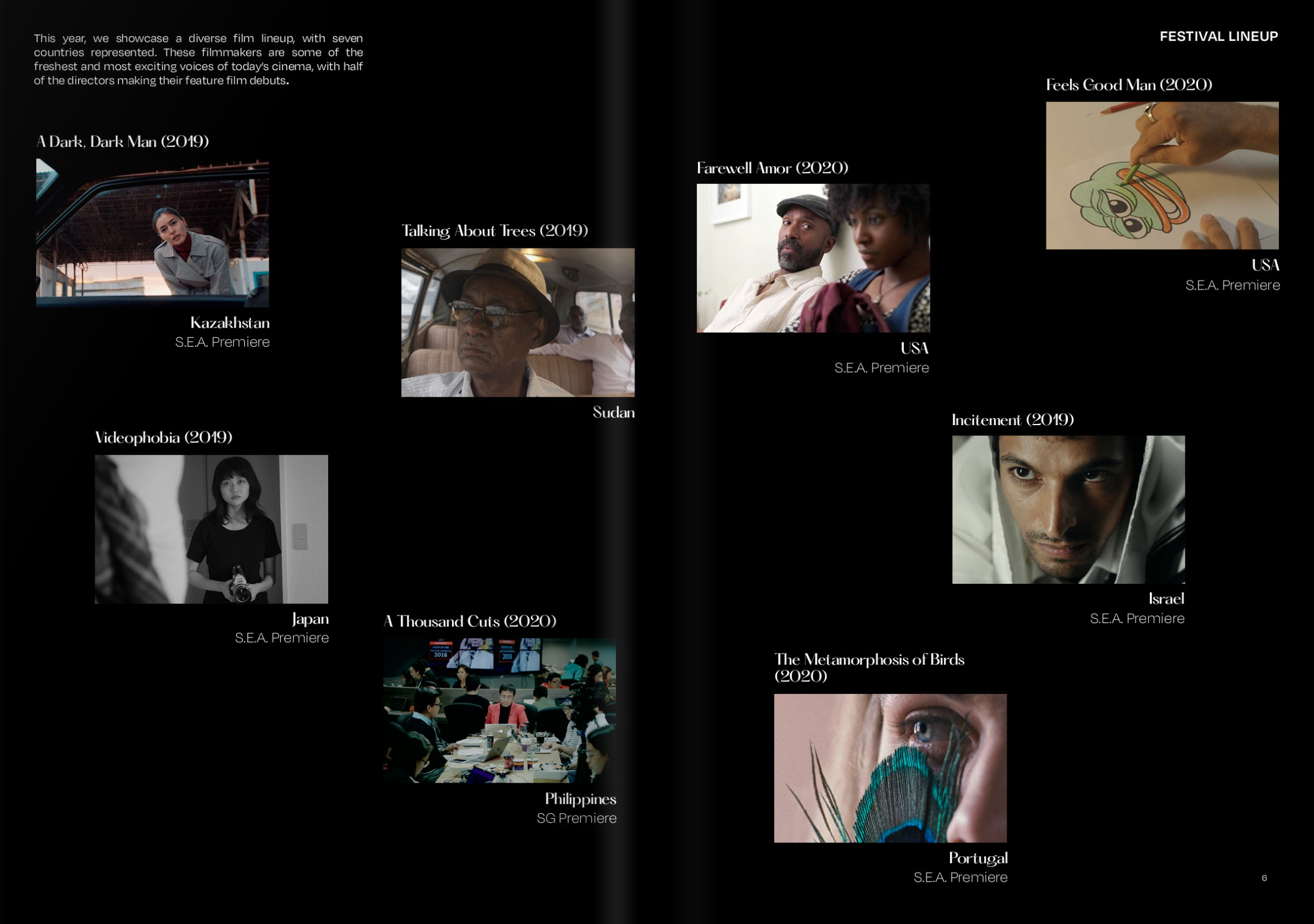 Of the eight films, six of them will be Southeast Asian premieres, each one delving into the various interpretations of truth by emerging filmmakers from around the world, and touching on timely topics surrounding issues in politics, societal structures, personal and national histories, and the media. Rest assured though that whether you’re a diehard film buff or a casual viewer, you likely haven’t watched any of the films in the lineup, and that there’s at least one film that’ll pique your interest. 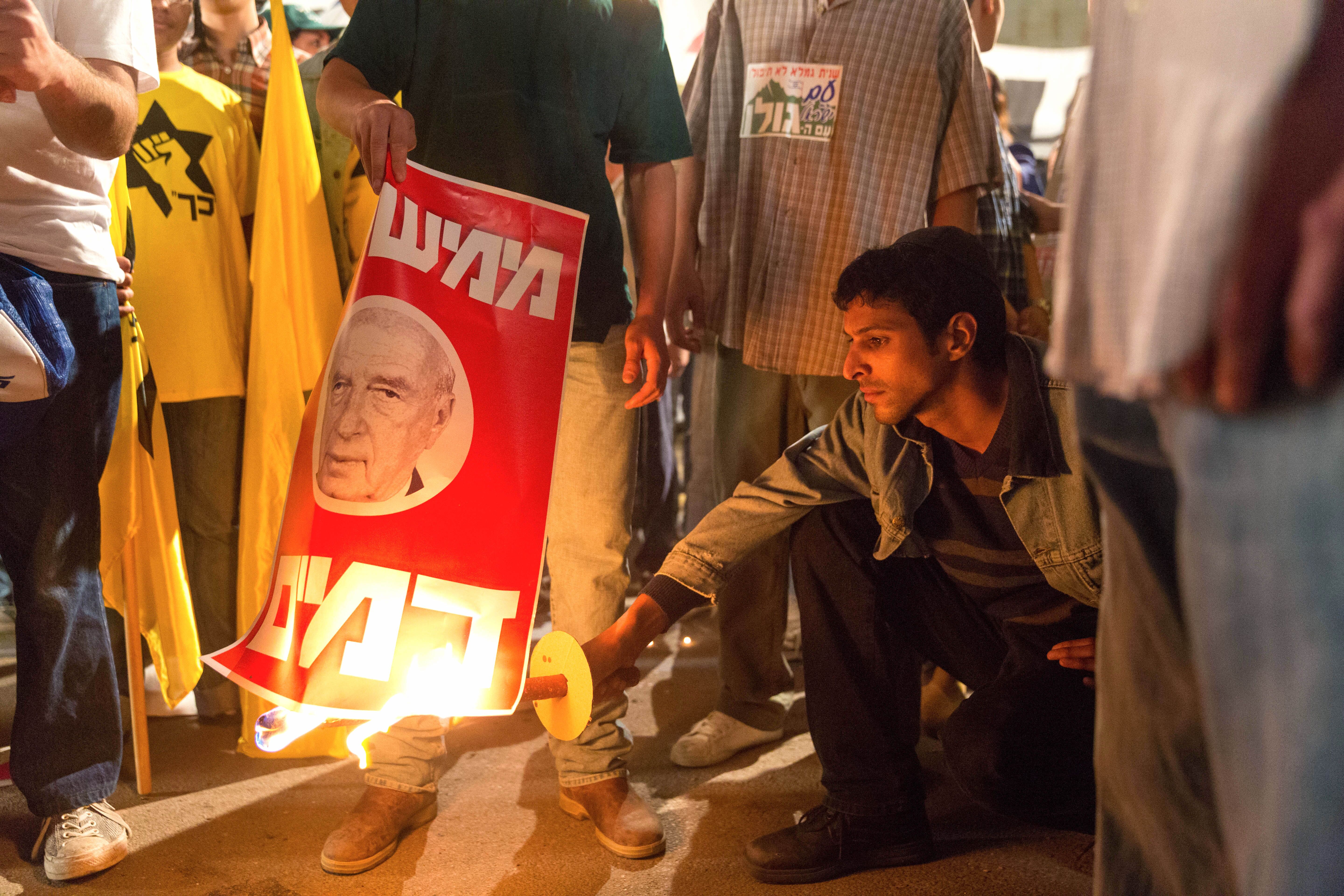 “I’m not a super film buff involved in festival circuits, and through the editorial side, we wanted to make sure our films were more accessible to the common viewer,” says Head of Editorial and Multimedia Edwin. “Especially those who, like me, might be hearing about a lot of these films for the first time, and to help them better appreciate them by giving them context and break them into this conversation we’re starting around truth, and how it’s presented in the cinema. Our goal is really to use these films to spark conversations and raise interest among filmgoers, and to get them to realise what one person deems the truth may be very different in someone else’s world, and how to juggle all these views without leaving someone out of the conversation.”

“And it’s a case where it’s not just conversations between the typical film buffs, but to reassure viwers that everyone’s perspective is valid,” adds Festival Manager Nana. “The virtual aspect of the festival definitely helps reach out to different segments and demographics, and one of the ways we try to generate more buzz is to lower the barrier to entry and put out things like panels to ease people into it. While Netflix has an awesome collection, we’re bringing something different to the table, with 2019/2020 films you can’t get easily on most streaming platforms, so it’s your chance to check out this amazing, curated selection.” 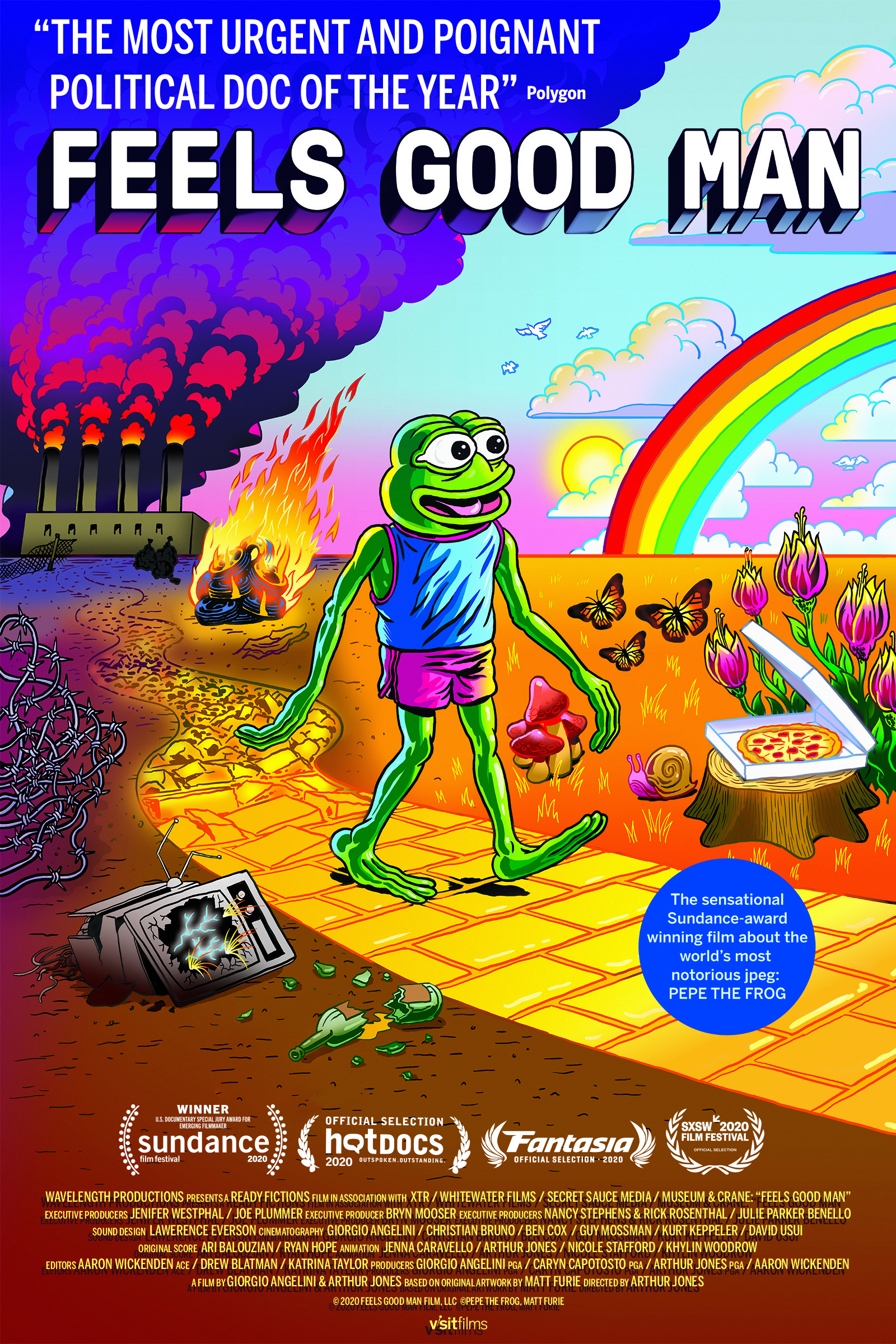 The film lineup features a wide range of perspectives, geographically and narratively speaking. On the mainstream front, anyone who’s into memes would immediately recognise Pepe the Frog, the ‘star’ of Arthur Jones’ Feels Good Man. The documentary follows Pepe creator Matt Furie and how the anthropomorphic frog was distorted into a viral symbol for the controversial American alt-right movement, perfect for viewing just before the upcoming US Presidential Election, shining a cautionary light on the internet’s insidious relationship with politics. “Feels Good Man is this great entry point to our festival and extremely relevant,” says Edwin. “It starts off being about memes, but reveals how the implications run far deeper than that, with a nice mix of real footage and animation, and really accessible, especially when you’re following the story of the artist.” 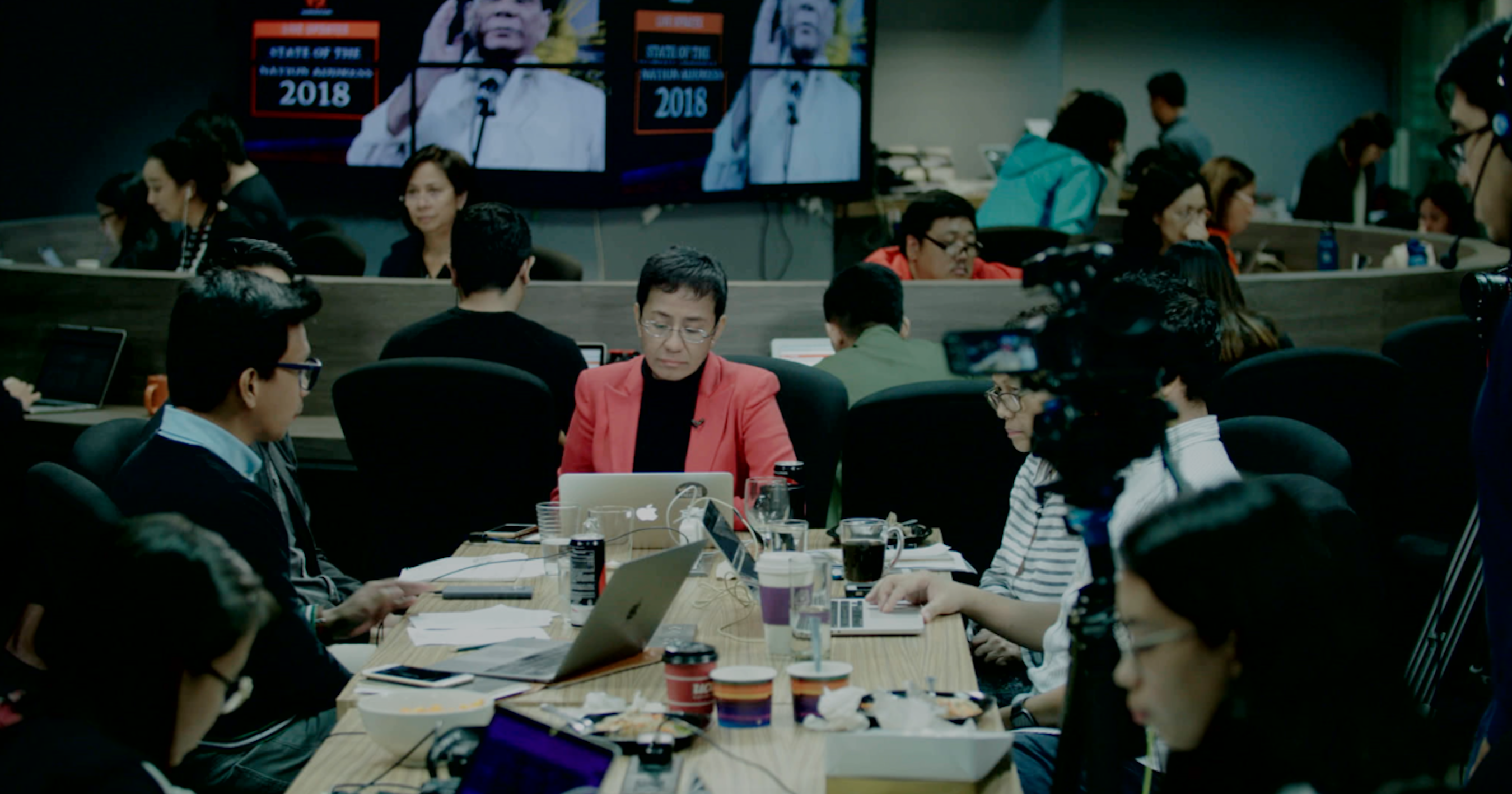 Still from A Thousand Cuts

Another more ‘accessible’ film in the lineup would be Filipino director Ramona S. Diaz’s A Thousand Cuts, which follows the journalists of Philippine online news outlet Rappler battling censorship of their coverage of the violent realities of Duterte’s controversial war on drugs. “I love history and how it has an effect on politics even today, so for me, I’d recommend this film, which speaks to me about its political elements and the history of journalism in the Philippines, especially as a comms student myself. My eyes were definitely glued to the screen,” comments Nana. 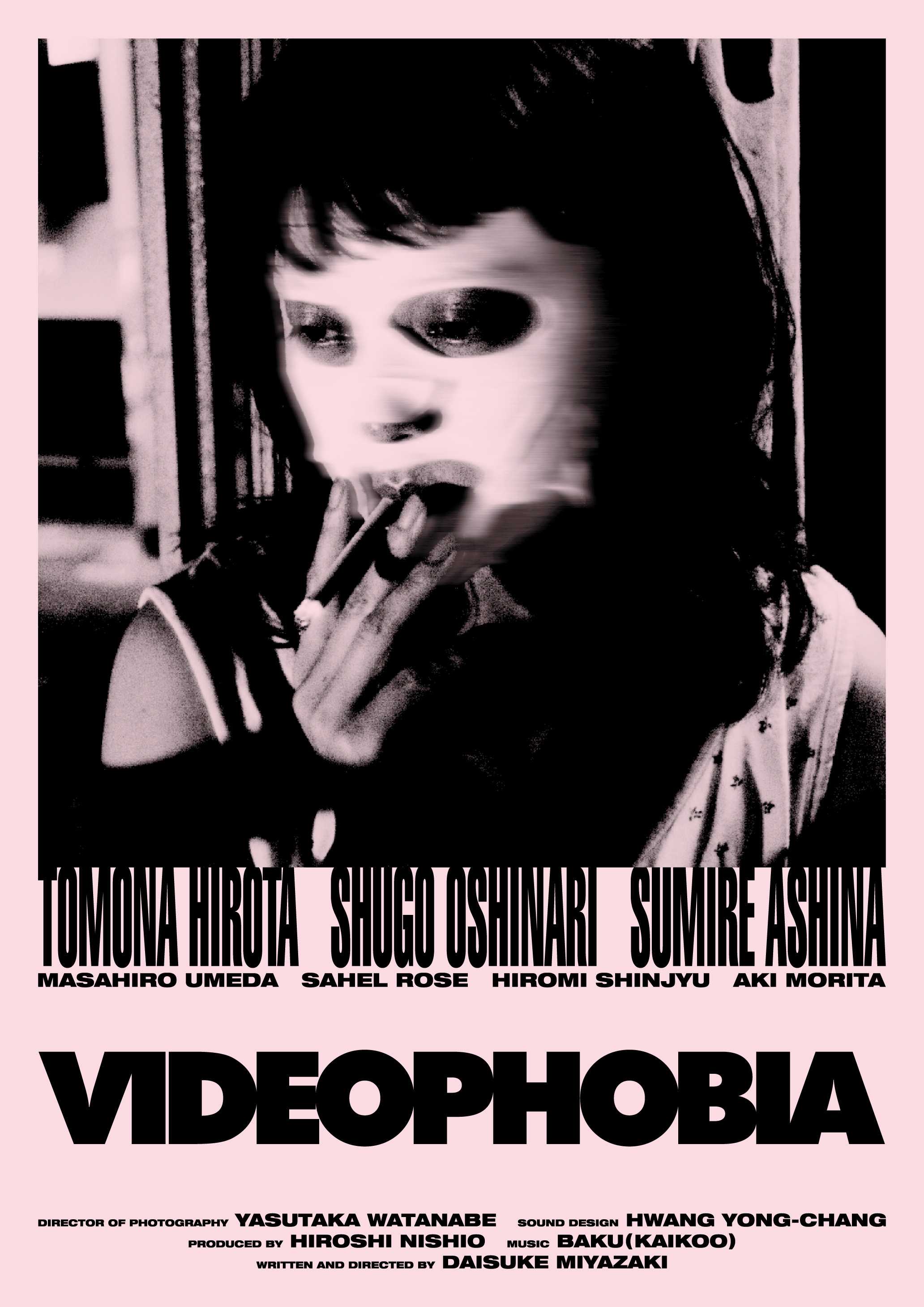 For the more arthouse inclined, Ryan, a self-proclaimed lover of Japanese films, recommends Daisuke Miyazaki’s Videophobia, a black and white film that explores the permanence of digital data as a young Korean-Japanese woman becomes the unwitting star of a sex tape. “I’m a huge fan of Japanese cinema, so I have a natural affinity for Videophobia,” says Ryan. “I was drawn to it because of its DIY quality, and how chaotic it is, in a good way. There’s a lot of sound design elements too, and something spontaneous and real about it.” 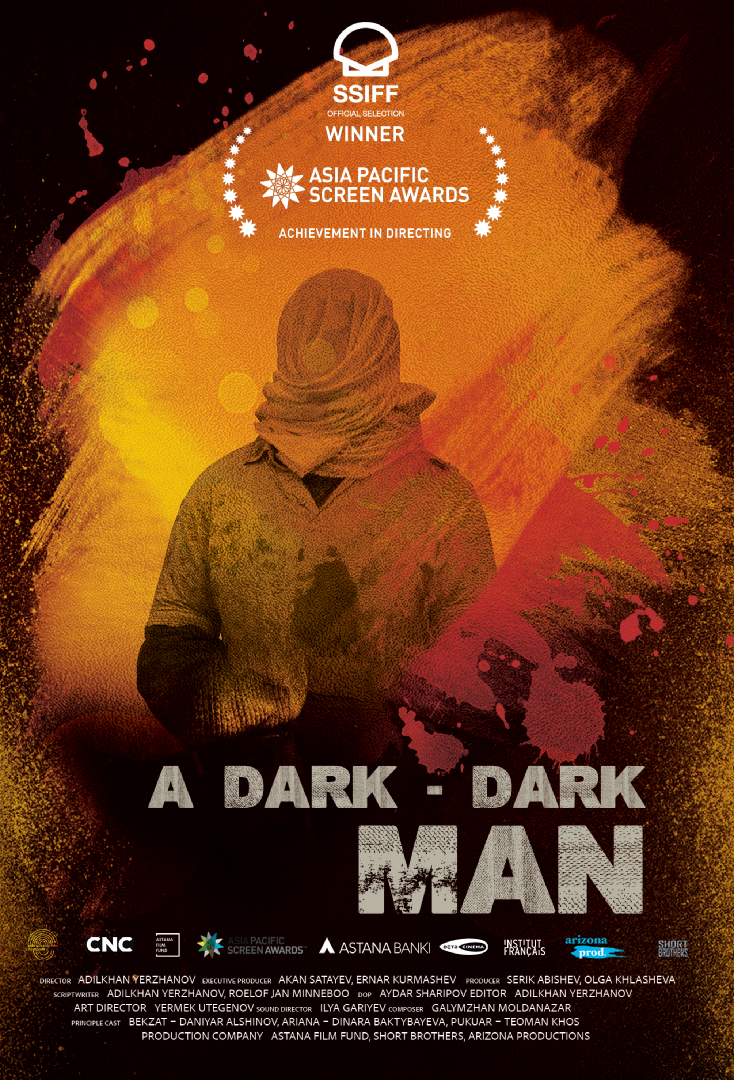 Meanwhile, Mika expresses surprise at how many Kazakh films they received in the latter part of the curatorial process, of which Adilkhan Yerzhanov’s A Dark, Dark Man stands out for her. “A Dark, Dark Man follows the coverup of a murder in a rural village by the corrupt local police, before it’s interrupted by the arrival of a righteous journalist,” says Mika. “When we received it, I’d reached a point where i was already exhausted from hours spent poring over films, yet this one still managed to grab me from its opening shots. It’s visually interesting, has a very dark sense of humour, and just feels like an intelligent and quiet film. There’s so many layers to it addressing issues of justice and corruption, and the role of journalism and foreign intervention, and juggles all those things really well, while being a beautiful, off-kilter film.” 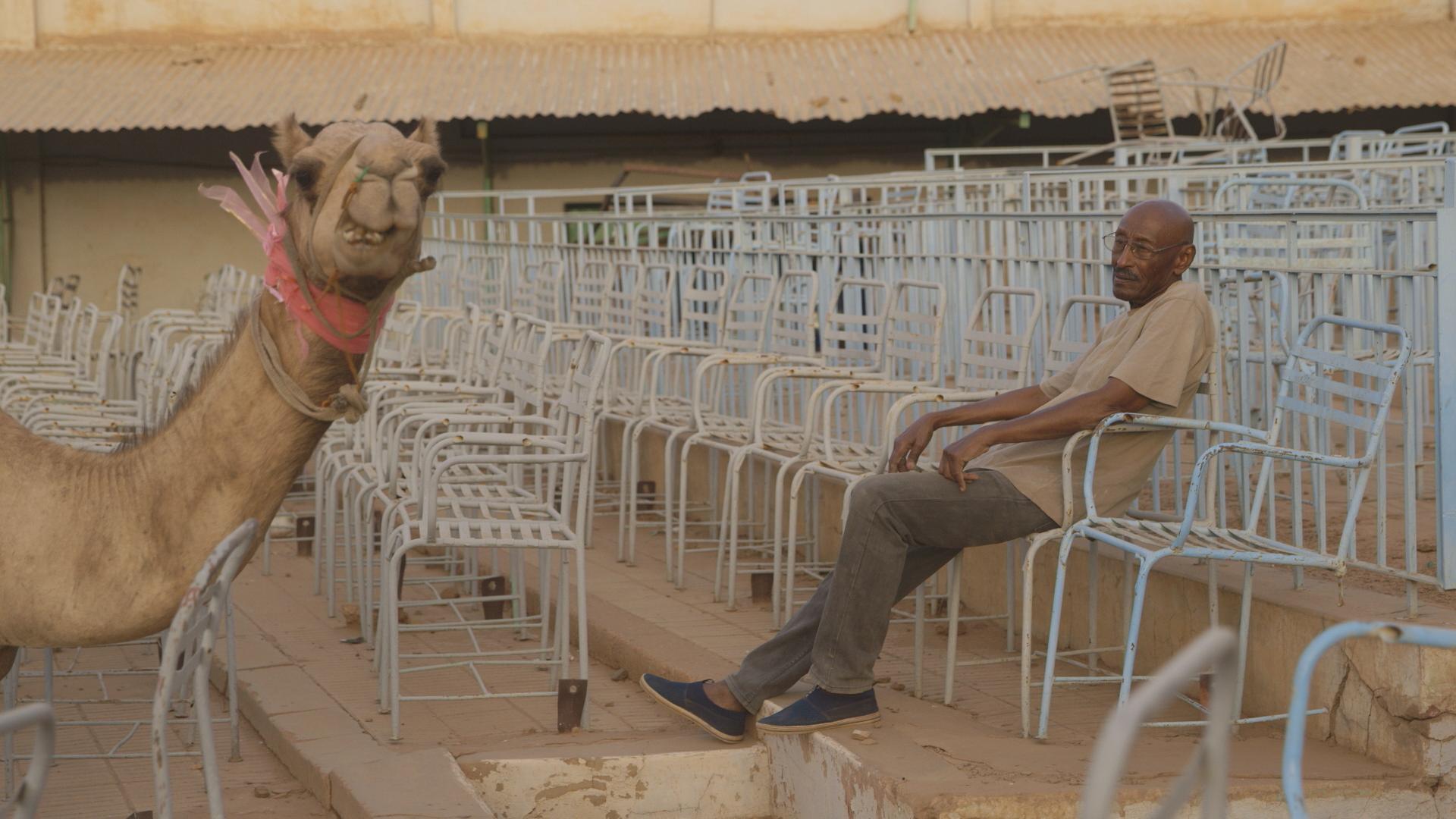 Still from Talking About Trees

Other films in the lineup include Ekwa Msangi’s debut feature Farewell Amor, an emotional tour-de-force where an immigrant family attempts to reforge their relationships in an alien land; Israeli director Yaron Zilberman’s Incitement, which charts the events leading up to the assassination of then Israeli Prime Minister Yitzhak Rabin from the perspective of the assassin; Sudanese director Suhaib Gasmelbari’s Talking About Trees, as four veteran filmmakers and cinephiles of the Sudanese Film Club attempt to resurrect cinema; and Portuguese director Catarina Vasconcelos’s debut feature The Metamorphosis of Birds, which delves into the loss of her mother and grandmother, and the tender aftermath of death in this work of docu-fiction. 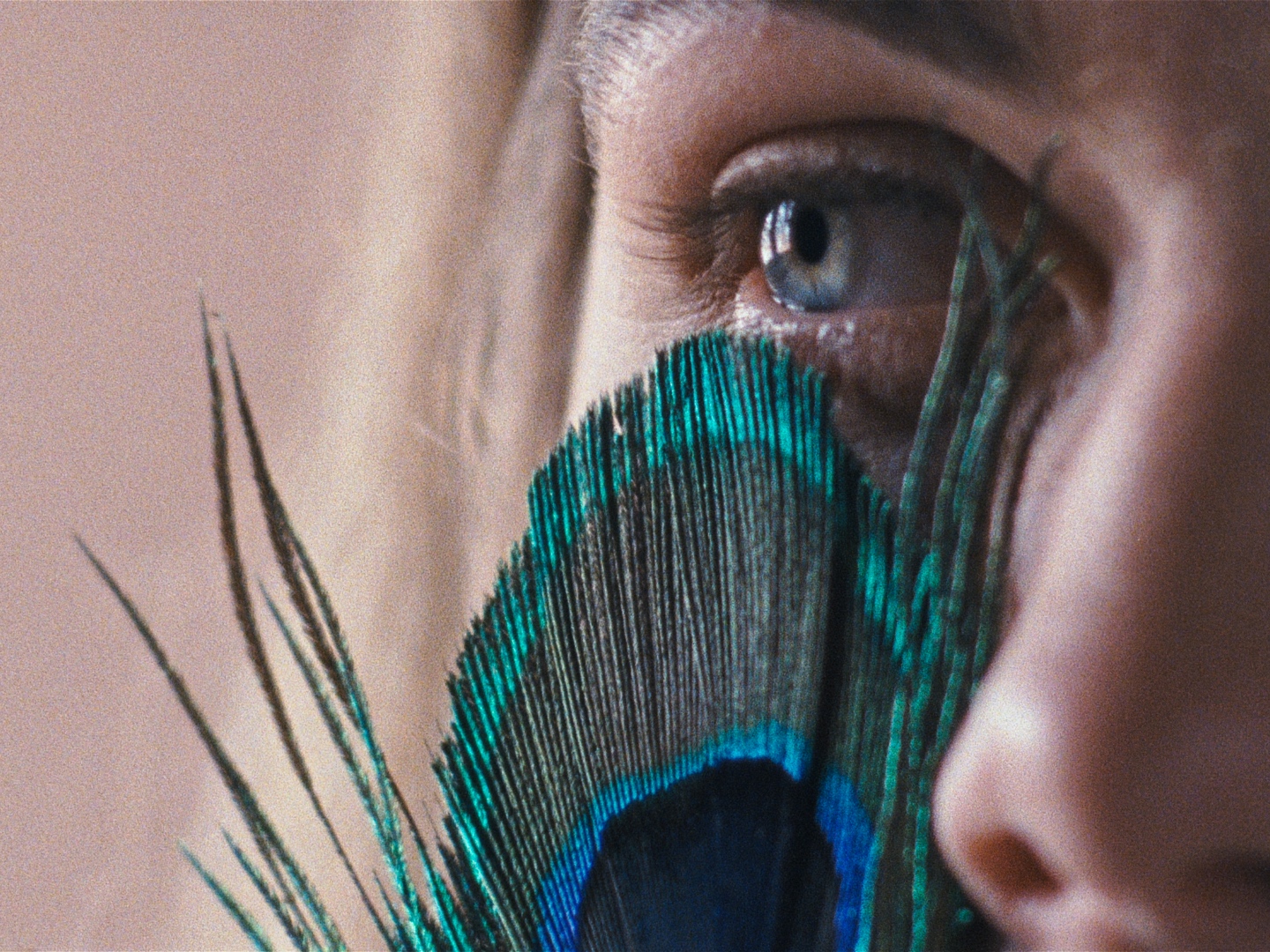 Still from The Metamorphosis of Birds

While filmgoers certainly don’t have to watch every single film to enjoy the festival as a whole, Perspectives will be offering a bundle deal option, with digital film rentals as low as $5.60 per film when buying a bundle of five, down from $8 for a single rental. “Having the bundle option also helps because it gives you an option to enjoy the range of films in the lineup, and encourages audiences to pair something more accessible to something that can be a little more challenging, and curate their own experience,” says Edwin. 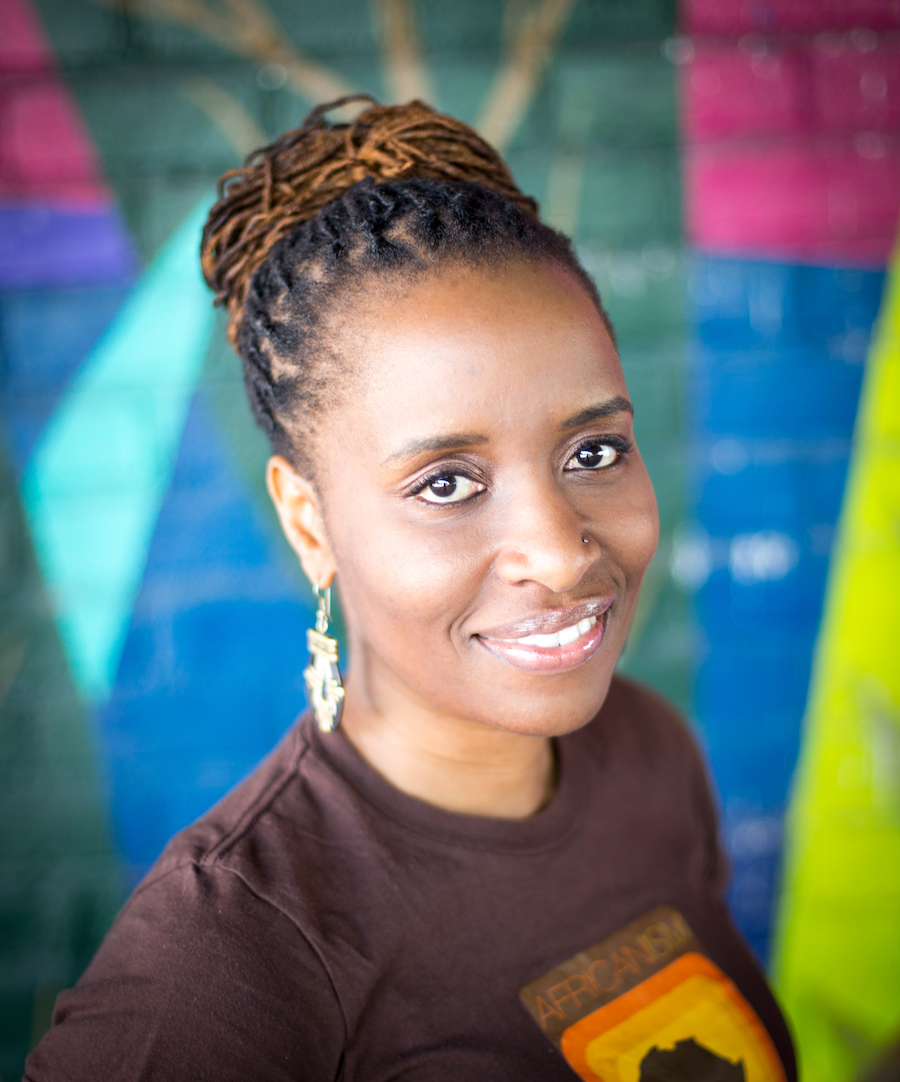 And much like a real film festival, audiences can also expect Q&A sessions with the filmmakers, with pre-recorded Q&A sessions with directors Arthur Jones & Giorgio Angelini (Feels Good Man) and director Ekwa Msangi (Farewell Amor), and even a live panel conversation on journalism in a post-truth world with Ramona Diaz, director of A Thousand Cuts on Zoom.

Filmgoers can get into the festival mood with the merchandise available

While the experience has certainly been an eye-opening one for the committee, each of them express how the journey is far from over; there’s still the festival itself to get through after all, as well as interest in doing more of such events or film-related work in future as well. Nana, for example, wants to continue working in arts and film-related festivals, while Edwin, a broadcast student, will be embarking on a documentary film for his final project.

Ryan and Mika both want to further their studies in film, with Mika in particular wanting to use the experience gained from Perspectives to continue doing work in film curation and programming. “There’s a lot of thought and emotion that goes into getting the films, like how distributor plans may not line up, but it’s all still really rewarding, and the chance to cast a light on certain films is really important,” she comments.

Ultimately, the truth of the matter is, it’s an exciting lineup for Perspectives this year, with each film offering plenty of food for thought. Come for a film, stay for the experience, and join Perspectives on this digital, unending journey into the multifaceted world of the truth.

Perspectives Film Festival 2020 runs online from 23rd October to 1st November 2020. Films are available for purchase from 10th October, and available for viewing from 23rd October 2020, 7PM. Once the ‘Play’ button is clicked, the viewer has up to 48 hours to complete the purchased film. Viewers are advised to complete watching the entirety of their purchased films before 1st November 2020, 11:59PM, as no refunds will be made for incomplete viewings. For more information, visit their website here