It’s hard to believe that Bake Off judge Paul Hollywood has visited places as far flung as Iceland and gone on cross-content trips across America, but has never before stepped foot in Asia. At least, until he became the host and star of BBC Lifestyle’s latest series Paul Hollywood Eats Japan, where the television personality gets up close and personal with the land of the rising sun, from its myriad of food to its unique culture and people.

“The trip was about a year and a half ago, in February, and when we got there, it was so much bigger than I thought it was going to be. Up to that point, while I had already done a lot of extensive travel, from South Africa to Iceland, going to Japan actually marked the most Asian country I’d ever been to,” says Paul from his home in Kent, in an interview over the phone. “Before we got there, my knowledge of Japan was limited to my uncle, and how he used to train in kendo and several other martial arts forms, and I was impressed by how that same discipline and respect seems to present itself in the country as well. I thought that the Japanese were just some of the most beautiful and amazing people I’d met.” 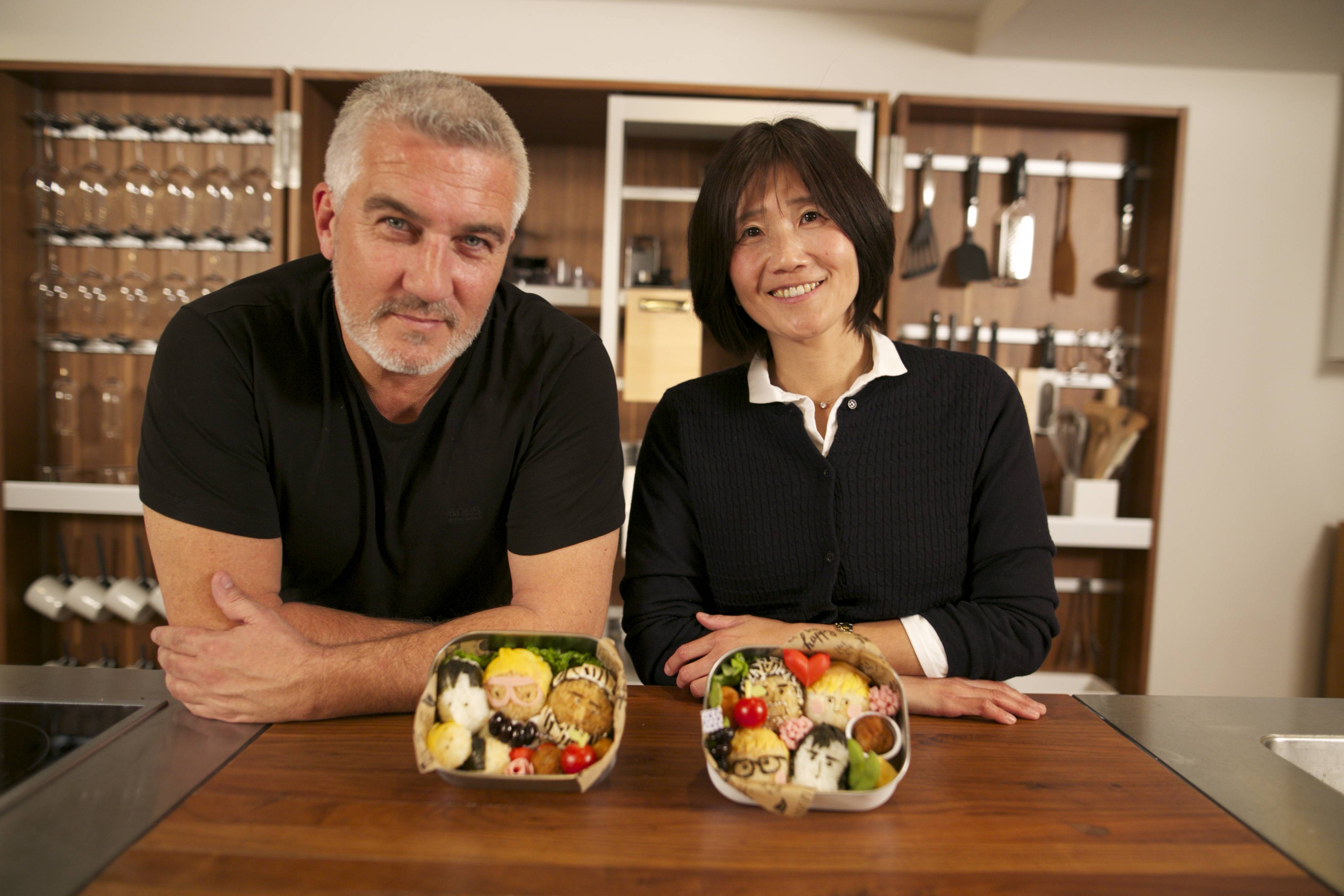 For Paul, the most memorable aspect of Japan was no doubt the food, so much of which was foreign to his otherwise Western palate. “I’m now more inclined to to into a sushi bar more than I used to, though I still don’t like tofu,” he admits. “There were times I thought about how my Western tastebuds weren’t trained to appreciate most of the food, like how we went to this Michelin star restaurant in Tokyo, supposedly one of the best, and there were thirteen courses, with six of which were raw fish or shellfish. It was all plated beautifully, and when I ate it, it was mindblowing for me trying to hunt down and place these new flavours with my mouth.”

“I really love wagyu beef too, and in Osaka while walking down the streets, we found this place selling top grade wagyu made with shiitake mushrooms and beansprouts, and it cost maybe 400 pounds, but it was the best meat I’d ever had in my life,” he enthuses. “From the ramen to tempura to sushi to wagyu, the ingredients are so fresh, straight form the field or where they’re bought from. I miss the food because back here, most of the restaurants just don’t have quite the same quality of Japanese food.”

As a baker, Paul wasn’t going to miss checking out the bread of Japan either. “Japan’s shokupan is very good. It’s a little bit like a good brioche, and makes really good sandwiches,” he says. “I remember grabbing a loaf to eat when we were travelling to the next filming location, and the crew and I ended up devouring it at the back of a van, plain, because I really like to get a feel of the structure and can practically taste the kind of flour used.” 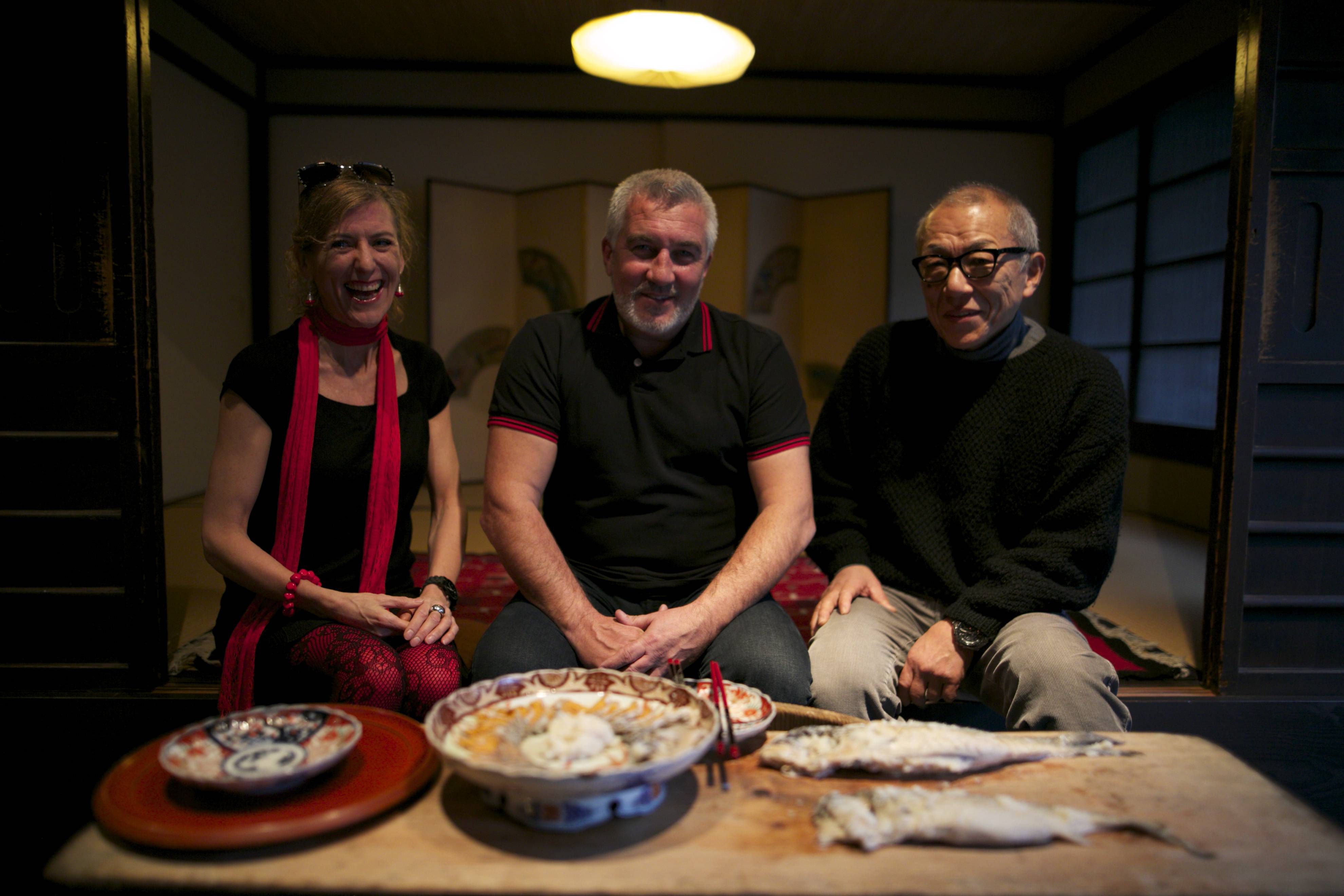 Besides wagyu and sushi, over the three episodes, Paul also visits establishments such as the Michelin-starred Nakiryu, serving up tantanmen broth brewed over 10 hours, and finds out about some of the best places to go for anpan, okonomiyaki, tempura, and other tasty bites.

But food isn’t the only thing Paul indulges in during his trip – he also visits Hiroshima to taste food prepared by a survivor (an experience he says was deeply humbling and emotional), he even got to meet a childhood hero of his, and spend time getting to know each other. “I got to spend time with sumo wrestler Konishiki, the “Dump Truck of Hawaii”, and he was always one of my favourites,” says Paul. “I even got to watch him and the other sumo wrestlers train in the morning, and for him to let me in to see his dojo, that was just fantastic.”

As a Westerner, Paul does make several faux pas during the show as well, such as pointing his chopsticks while eating, something Paul’s guide, local comedian Kilara Sen, quickly chides him for, as it is a sign of disrespect. While Paul has certainly picked up more knowledge and educated himself on social norms since then, certain reviews of the show have interpreted his actions as ignorant and reflecting badly. “Reviews are one thing, but I do end up taking most journalism tongue-in-cheek,” says Paul. “For the general public, I say you still have to watch the programme yourself before making a judgment for yourself.” 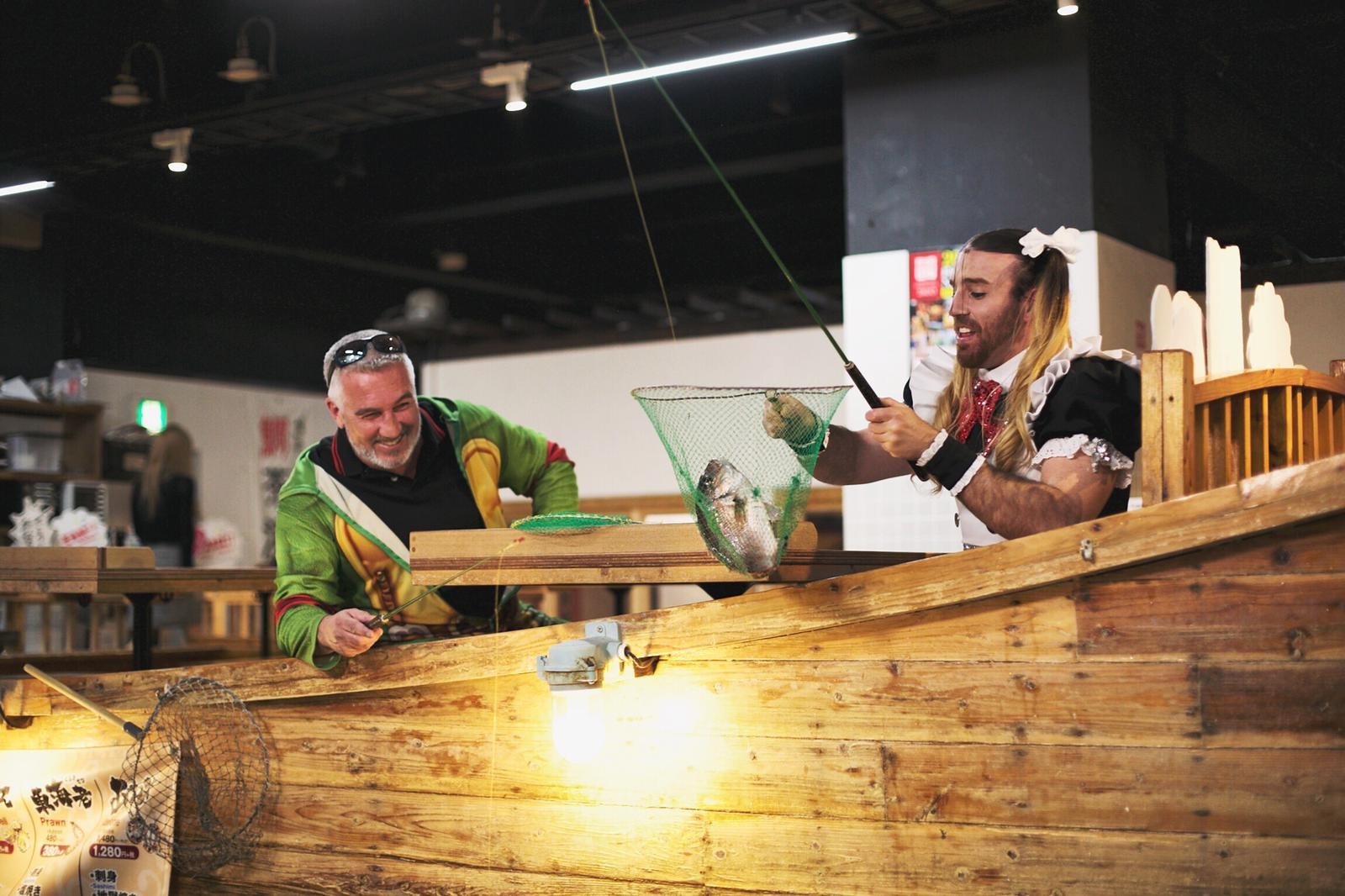 “If anything, I think that in the programme, it’s much more me than the self I present on Bake Off,” he continues, commenting on the difference in personality between the two shows. “On Bake Off, I’m a judge, where my role is to constructively criticise or break down a recipe. But if all you know of me is Bake Off, then you don’t really know me. I’m much more inclined towards having a good time and laughing with people, and this programme is where the real me comes out and has fun.”

Combined with how England is going into a second lockdown and how impressed he’s been with Japan, when things settle down a little more and the borders open up again, he’s definitely looking to explore more of Asia. “I’d definitely love to go see China and have a look around, and Singapore sounds really exciting too,” he says.

For now though, it seems we’ll just have to scratch the travel bug by following Paul on his virgin journey to Tokyo and beyond, and watch as he finds out just what it is that makes this place a favourite travel destination, and why so many people have fallen in love with it time and time again.

0 comments on “Television Time: An Interview with Paul Hollywood on visiting Japan for the first time”