As is the case with local film festivals over the last few months, a pandemic isn’t going to stop the annual Singapore International Film Festival (SGIFF) from pushing forth, as a hybrid festival taking place both in cinemas and online. Now in its 31st edition, this year’s festival takes place from 26th November to 6th December 2020, and celebrates resilience and hope as the festival continues to showcase discover Asian stories and deepen the appreciation of cinema in Singapore.

Preparing for the festival hasn’t been an easy task, with the executive team having had their initial plans for a full scale live festival scrapped due to the coronavirus, and even today, continually come up with a dozen contingency plans for if restrictions are lifted, or tightened. Says Executive Director of SGIFF, Emily J. Hoe: “We look forward to giving voice to the diverse stories from home and abroad, to audiences here in Singapore, and we are grateful for the opportunity to be screening these films in venues and in homes for the festival.”

An impressive line-up of 70 films from 49 countries will be presented at this year’s festival, each one showcasing important stories that map our universal search for identity, community, existence and desire for change. “We are pleased to bring the best, most impactful, moving and thought provoking films to the festival, to engage with audiences and the communities at large, because we believe a film festival can play a revitalising role in this unprecedented time,” shares SGIFF’s Artistic Director Kuo Ming-Jung. 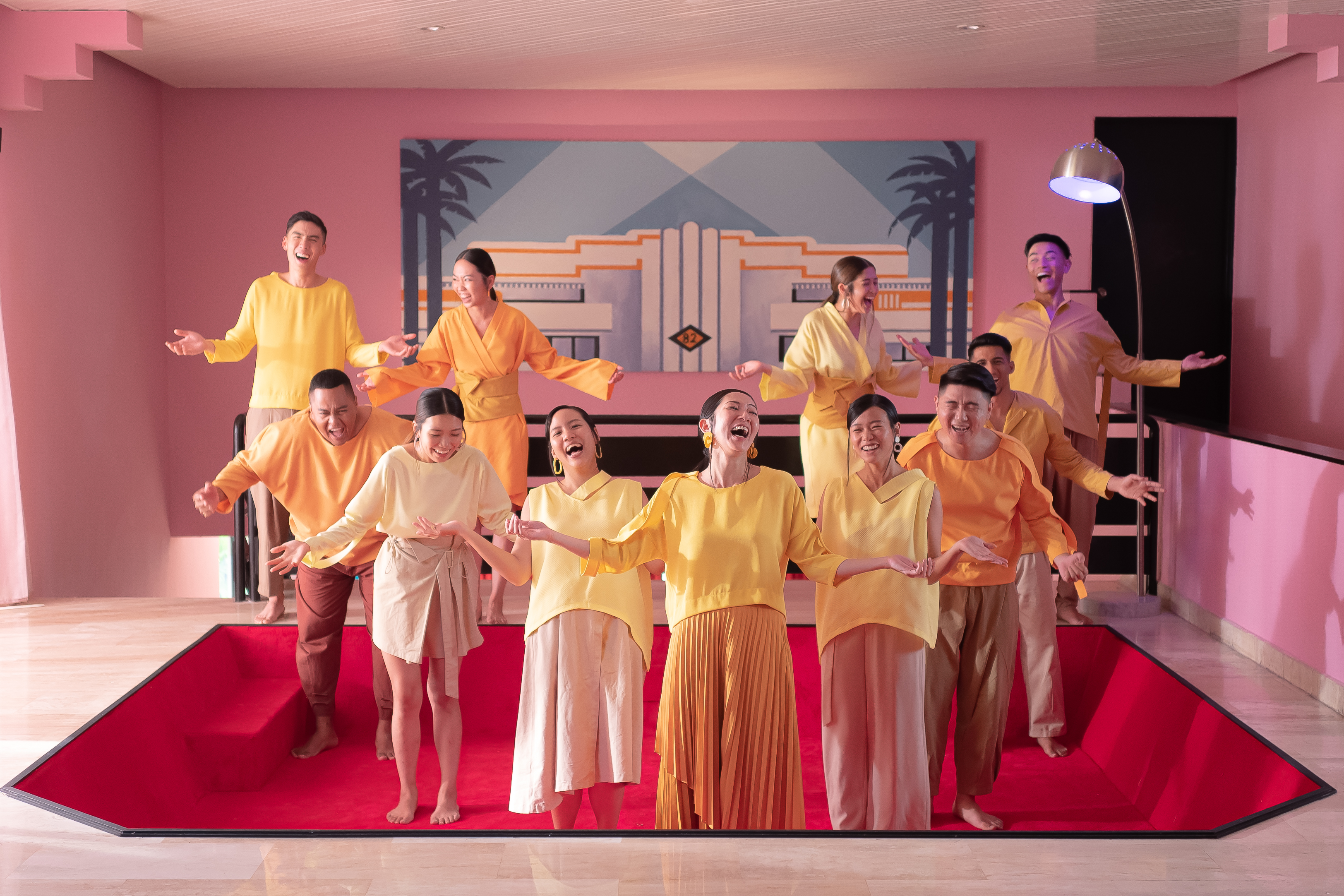 22 Singapore films will be presented at the Festival, including opening film Tiong Bahru Social Club (2020) by Singaporean filmmaker Tan Bee Thiam as the opening film, premiering on 26th November 2020 at Shaw Lido. Previously having been selected for the 2020 Busan International Film Festival, and a nominee of SGIFF Silver Screen Awards’ Asian Feature Film competition, the satirical comedy stars Thomas Pang as Ah Bee, an office worker who quits to join the titular Tiong Bahru Social Club. Here, he will be subject to a social experiment aimed to create the world’s happiest residents in the idyllic neighbourhood, micro-managed to death and questioning the construct of happiness in Singapore.

Director of Tiong Bahru Social Club Tan Bee Thiam, a self-taught filmmaker, says: “I grew up with the festival, often running from screening to screening so I can catch as many films as possible. It’s here that I discovered the comedies of masters like Yoji Yamada and Jacque Tati, as well as contemporary voices like Maren Ade and Hong Sang-soo. It’s an incredible honour for Tiong Bahru Social Club to open SGIFF, a much valued platform for many filmmakers like me to find new audiences for the work we create, and new collaborators for the works we are going to make. Especially in a difficult year like 2020, I hope this film will bring you joy, as you reflect on the absurdities and priorities of life.”

Four Singaporean shorts are nominated for the Silver Screen Awards’ Southeast Asian Short Film competition, including The Smell of Coffee (2020) by Nishok Nishok, which premiered at the 2020 International Short Film Festival Oberhausen. The Singapore Panorama section will world premiere four features and showcase twelve shorts, including Citizen Hustler (2020) by Tan Biyun, which documents an evicted hawker’s journey after the closure of Sungei Road Flea market, and Faraway My Shadow Wandered (2020) by Liao Jiekai and Sudhee Liao that confronts a relationship with an unfamiliar hometown.

From left: Beginning by Dea Kulumbegashivili, and Milestone by Iva Ayr

SGIFF’s Asian Feature Competition also spotlights a new generation of exciting talent in Asia, including Beginning (2020) by Dea Kulumbegashvili, which won multiple awards at the San Sebastián Film Festival. It also showcases The Wasteland (2020) by Ahmad Bahrami that received Venice’s Best Film in the Orizzonti section and Milestone (2020) by Ivan Ayr that premiered at Venice this year. All eight features present their take on personal and generational issues, challenge moralities or unspeakable violence, and will collectively showcase the speed of change and momentous future of Asian filmmaking.

From left: Nomadland by Chloé Zhao, and Gagarine by Fanny Liatard and Jérémy Trouilh

Sweeping, timely narratives that delve into the vulnerability and strengths of personal yet universal stories include this year’s Venice Film Festival Golden Lion winner Nomadland (2020) by director Chloé Zhao and starring Frances Mcdormand in a powerhouse performance of a middle-class woman who hits the road in her van, and Silver Lion winner Wife of a Spy (2020) by Japanese director Kiyoshi Kurosawa and Genus Pan (2020) by Fillipino filmmaker Lav Diaz, who took Orizzonti win for Best Director, and debut feature and Cannes selection Gagarine (2020) by French directors Fanny Liatard and Jérémy Trouilh.

When asked about concerns that the festival would feel decidedly less ‘festival-like’ due to the lack of international guests being physically present, the team responded that there would still be plenty of peripheral activities audiences can look forward to online. Over 30 Q&A sessions with the filmmakers for example, will be conducted, while industry professionals will still have the opportunity to bond over networking events. Film lovers can also look forward to hearing from established producer Shozo Ichiyama and critically acclaimed director Ann Hui, who will share the journey of their distinguished careers in Asian cinema at the Festival, and other talks and panel discussions made available online to engage international audiences.

SGIFF also runs as part of the Singapore Media Festival (SMF), organised by the Infocomm Media Development Authority (IMDA). “This edition showcases the passion, grit and creativity of the team, with how they’ve put together this bouquet of wonderful films,” says Howie Lau, Assistant Chief Executive (Media and Innovation) at IMDA. “It hasn’t been easy, but it’s such a rich programme, and we’re proud to have it as a part of the SMF, where we pride ourselves as a platform for the media industry to come together to connect. Both within SGIFF and the greater SMF, we’re always on the look out for new partnerships and new innovations, and we believe that the SGIFF has only grown from strength to strength. The media industry has shown such amazing resilience, and how filmmakers have continued to tell new stories to the region and beyond.”

Ultimately, even in spite of all the challenges and tumult it’s faced this year, SGIFF is determined to press on in its 31st edition, remaining a celebration and support pillar of the film community and connecting audiences in Singapore, the region and the world through film and conversation.With plenty of high-quality films and multiple premieres available for a limited time, you’ll be wont to get your tickets early so you too can be a part of the festival.

SGIFF 2020 runs from 26th November to 6th December 2020 both online and across multiple venues. For more information, tickets and the full lineup, visit their website here

SGIFF is dedicated to the safety and well-being of audiences, filmmakers and the entire community and continues to work closely with venues to follow the latest directives from authorities.