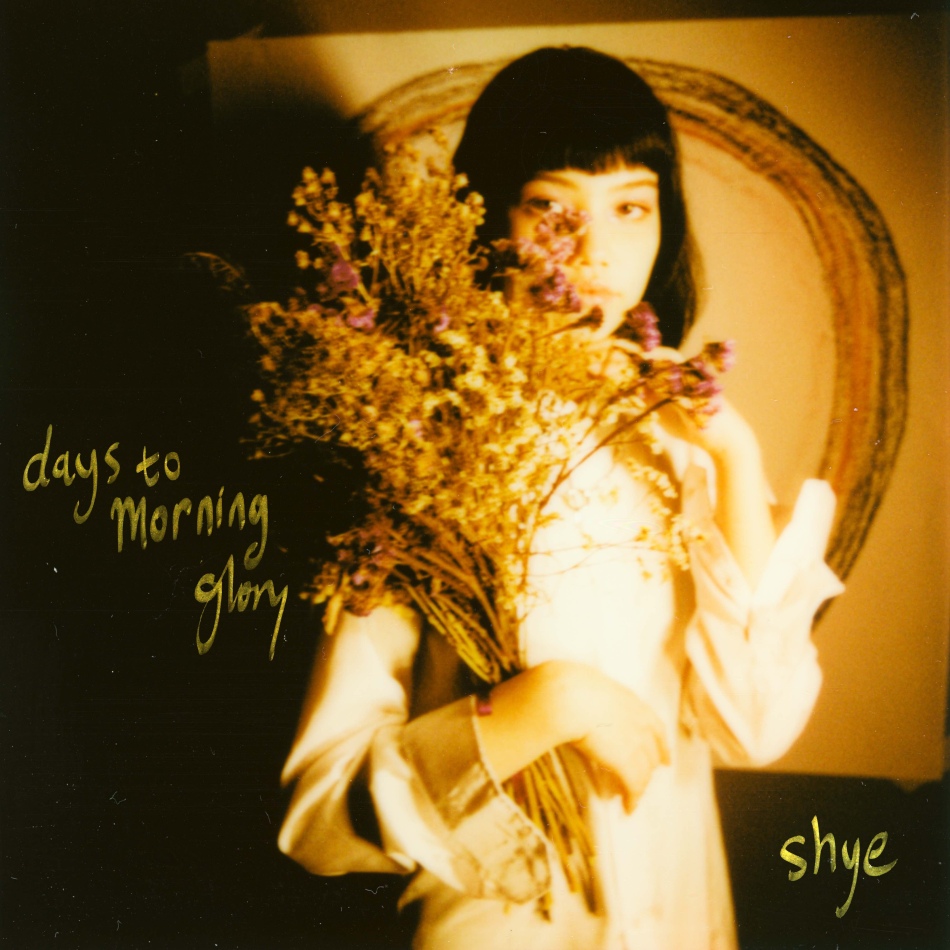 Electro-pop singer, songwriter and producer Shye has her debut album ‘days to morning glory’ via Where Are The Fruits. A follow up to the 2018 release ‘Augu7ine’ EP, the 14-track album consists of 10 new tracks plus the previously-released singles “too well”, “don’t be shy”, “love u” and “feeling like”. The album is a mixture of folk, techno and indie pop, infused with R&B, modern rock and classical elements, all of which Shye gravitates towards and is heavily influenced by.

The title, ‘days to morning glory’, is a reminder that beauty is in the eyes of the beholder. “In my eyes, morning glories though common, are beautiful and it drives home the message to embrace ourselves with all our imperfections,” explains the 18-year-old. “The fact that they faithfully unravel in full bloom each morning but fade away before the day is over is a reminder for us to turn up for ourselves no matter the situation we find ourselves in. Each dawn is a new beginning and a chance to do better for ourselves and for others. Choose to get better, not bitter.”

With everything that’s been going on in the world and in her personal life this past year, the title track, ‘days to morning glory’, carries a sense of loss and heartfelt nostalgia for days gone by, as she reminisces on her childhood, “did you know me in primary school?”. The track, “love u”, is a poignantly heartbreaking track with haunting vocals, communicating the feeling of helplessness in trying to reach out to a loved one who’s struggling. Initially released on Soundcloud, Shye finally released it as an official track after numerous requests from listeners. It has since gathered almost 3.5m views since it was published to the YouTube channel mermaidblue at the beginning of 2020.

In the electronic upbeat tracks such as “sometimes” , “don’t be shy” and “i’m fine, no”, Shye uses heavily laced bass parts that form the harmonic foundation and drive the rhythm along, masking the underlying issues of anxiety, love and friendship in this day and age when what you see is not necessarily what you get.

In the track “mundane”, Shye showcases her gentle vocals, accompanied by a simple yet effective groove, exploring elements of R&B and jazz. It’s an observation of how people prey on another’s feelings and insecurities in order to feel good about themselves. This ironically makes them “attract what you attack”.

In “feeling like”, listeners can identify with days when nothing feels right and “what else do you want me to say?”. When bumping into friends in public just makes you “want to melt into the floor”.

The track, “dancing in vain” is a lighthearted anthem which touches on the otherwise harsh “reality is time isn’t something we can fight”. It is a timely wake up call to look at the big picture when the whole world was drastically affected by the pandemic this past year. It is accompanied by a catchy baseline and is definitely something that one can jam out to.

Seeing light at the end of the tunnel, Shye ends the 14 track album with “gone again”. Though somewhat ominous sounding, the closing track is a hopeful reminder that our past with all its mistakes, do not make us who we are today and acknowledges that trials can bring about growth.

This sonic journey is a culmination of a year echoing the issues of coming of age, in which she faces challenges in navigating her heart and the world around her. A world made more intense by the strange and unprecedented time we are living in. The exploration of the themes of regret, forgiveness, friendship and ultimately, growth, and the hope for something greater, all stemming from the heart of personal experiences in the past are perfectly encapsulated in the album. It is an invitation to her listeners to peel off the layers and see the different dimensions of Shye as a musician and as an individual.

Previously, Shye released the music video for her hypnotic new single “i’m fine, no”. In true Shye fashion, the homemade video was filmed and edited herself and is a reflection of the 18-year-old’s frenetic thoughts and feelings amidst these uncertain times. Shye was featured as the cover artist on Spotify’s Rising65 and .ORG playlists as well as placements on Apple Music’s Rising from SG and YouTube Music’s SEA Fresh. The song has also been added to airplay on major stations in Singapore 98.7FM, Kiss 92 and Power 98 as well as regional media features such as MTV Asia, NME Asia, Buro Singapore, Esquire Singapore, and MSN Philippines.