The Epigram Books Fiction Prize Award is upon us again, and before you know it, the local publisher will be crowning the 2021 recipient at the ceremony on 16th January. But unlike other years, with COVID-19 having ravaged live events, the ceremony will instead be taking place online, and open to public for the very first time! 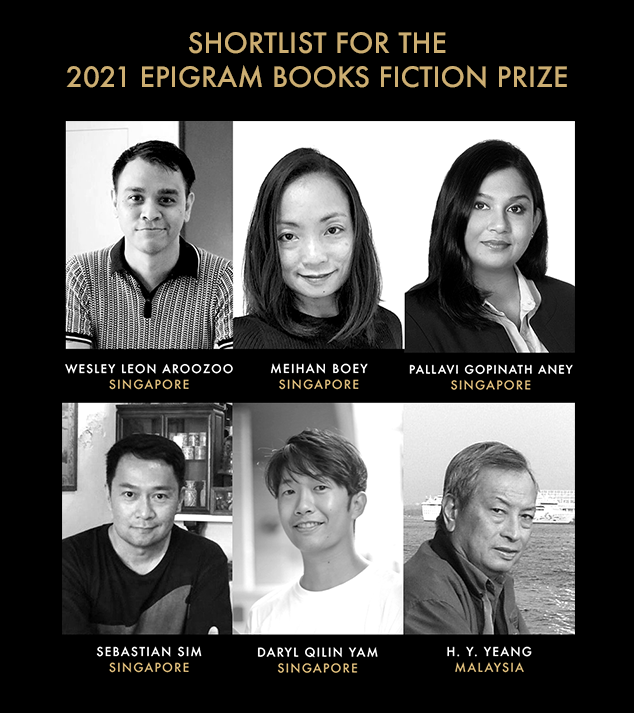 Members of the public can choose to catch the ceremony at 7pm on either YouTube or Facebook for free, and spend their Saturday evening watching the event unfold, and guessing which of the 6 finalists will walk away as the winner, as decided by the judging panel comprising Wahyuni Hadi, film producer and curator; Monica Lim, author and founder of writing agency Hedgehog Communications; Gareth Richards, founder of Gerakbudaya Bookshop; Sim Wai Chew, associate professor of English at the School of Humanities in Nanyang Technological Institute, and Edmund Wee, publisher and founder of Epigram Books.

The six finalists are LASALLE College of the Arts lecturer/artist Wesley Leon Aroozoo (Singapore); sci-fi author Boey Meihan (Singapore) of space opera The Messiah Virus; lawyer Pallavi Gopinath Aney (Singapore); novelist Sebastian Sim (Singapore), who previously won the 2017 prize for The Riot Act; poet Daryl Qilin Yam (Singapore) who was previously longlisted for the 2015 prize for his debut novel Kappa Quartet; and academic and retiree H.Y. Yeang (Malaysia). The grand prize winner will be awarded S$25,000 (the other five will walk away with S$5,000 each), while all six finalists will have their manuscripts eventually published by Epigram over the year, all of which are likely to be a worthy addition to your bookshelf.