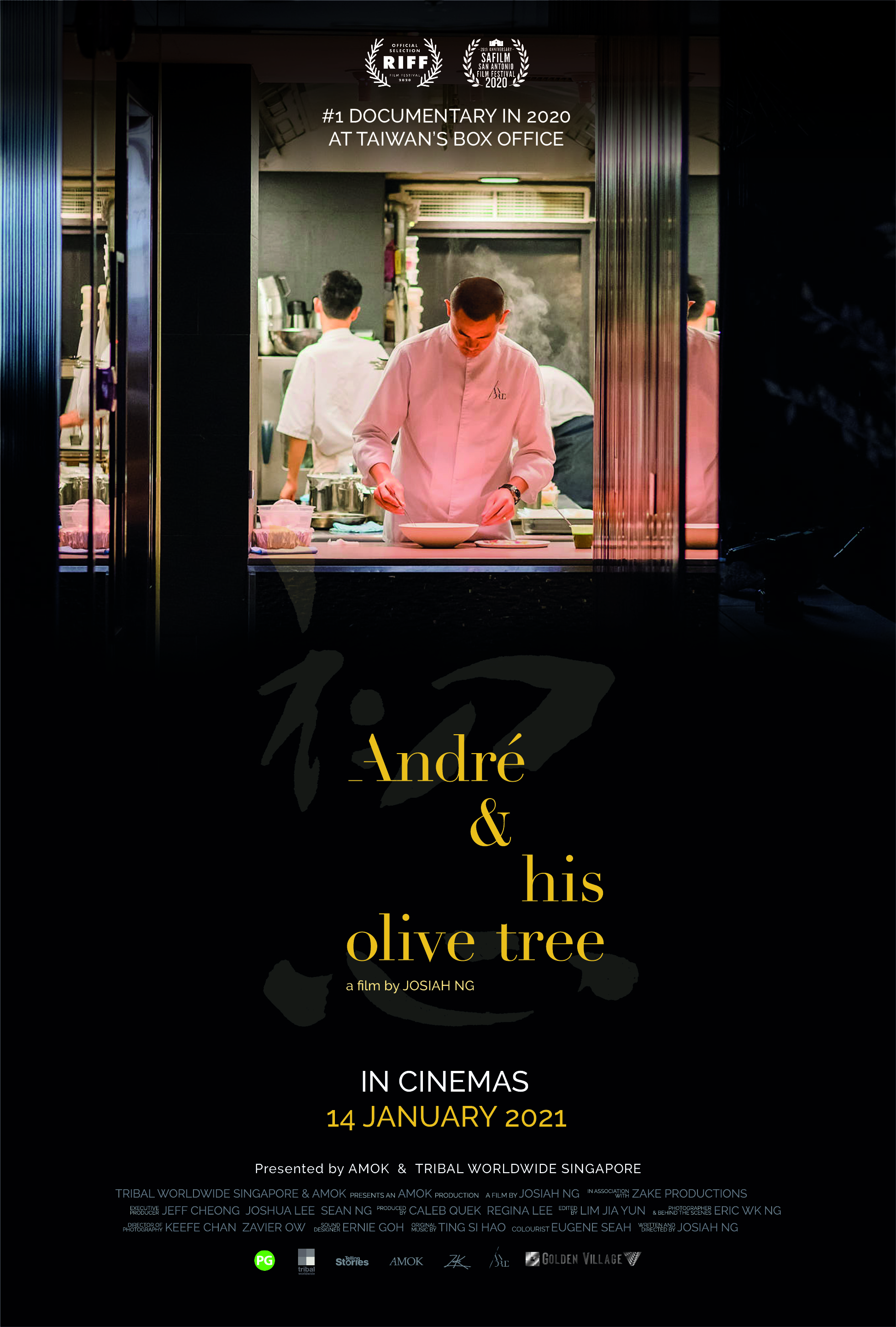 Pondering what it means to put perfection on a plate.

In the world of fine dining, André Chiang is probably best known for Restaurant André, his Singaporean dining establishment that lasted eight years, garnering critical acclaim, two Michelin stars and appearing on plenty of ‘best of’ lists before abruptly shutting down in 2018. While it may seem sad, Chef André instead was moving on to new opportunities, specifically returning home to Taiwan, where he would be running his new venture, Raw.

All that and more is captured in Singaporean filmmaker Josiah Ng’s brand new documentary André and His Olive Tree, as it follows Chef André in the final days of Restaurant André, preparing to return his Michelin stars and the shock waves it sent across the industry and those around him. Released on Netflix in all countries except Singapore, from the opening sequence (with music by Ting Si Hao), we already knew what we were going to be getting with this film, resembling the likes of other food documentaries such as Netflix’s Chef’s Table.

The film itself starts with Chef André receiving a haircut at a vintage salon, a place where aunties gather for gossip, and a sense of community is felt. We see how down-to-earth Chef André is, as he quips: ‘I just need a simple haircut’. 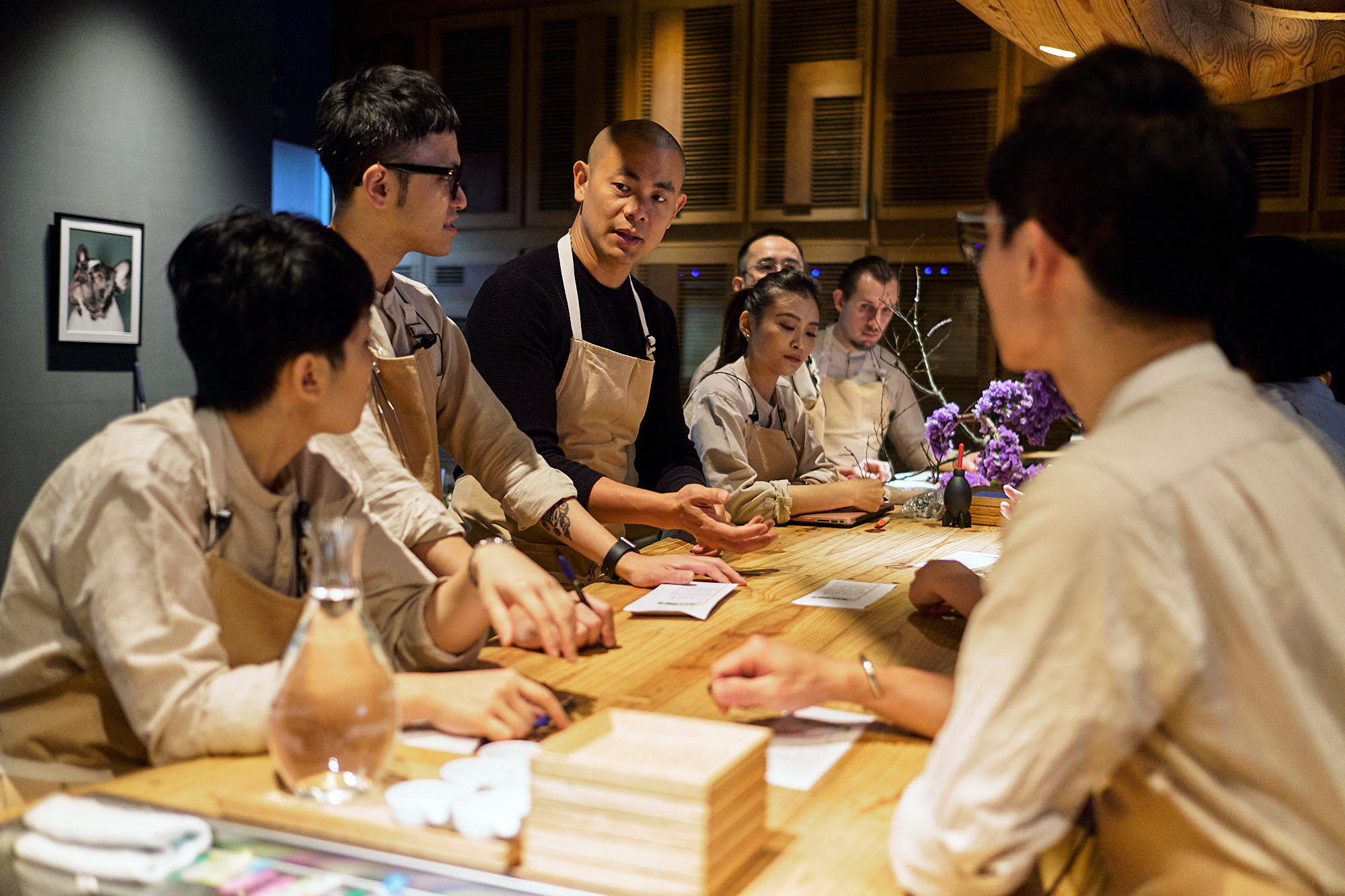 For Chef André, The moment I perfect the dish, is the moment I take if off the menu, and from here, we dive into Chef André’s unique culinary principle of ‘Octaphilosophy’ he uses to achieve his success, naming each chapter of the documentary according to one branch of the principle. We begin by getting a glimpse of Restaurant André itself, where the team creates over 180 dishes a year at its home off Teo Hong Road. The focus turns to how meticulous Chef André and his team are, from getting all the basics right to the attention to detail that goes into planning the menu. Even the briefing they receive at the start of the day before moving off to their stations is documented, starting the day on a high note as they exclaim ‘Bon Service!’

Known as the Bruce Lee of the culinary world by many chefs, the film segues into how André fell in love with olive trees when he was in the south of France and explains how resilient they are. We trace André’s own history back to his childhood, and how he had always wanted to be a chef since he was a young boy. Working in the Kitchen of Jardin Des Sens where he was then mentored by the Pourcel brothers, Jacques and Laurent, it feels almost like a love story with how André worked through the challenges, nurturing his talent slowly but surely in the kitchen. At this point, André comments on the younger generation, and how his team is like family, forming a close-knit, intimate working relationship with each other. Throughout, Chef André impressed me with his meticulousness and attention to detail, one of the biggest things I look out for in a restaurant experience. 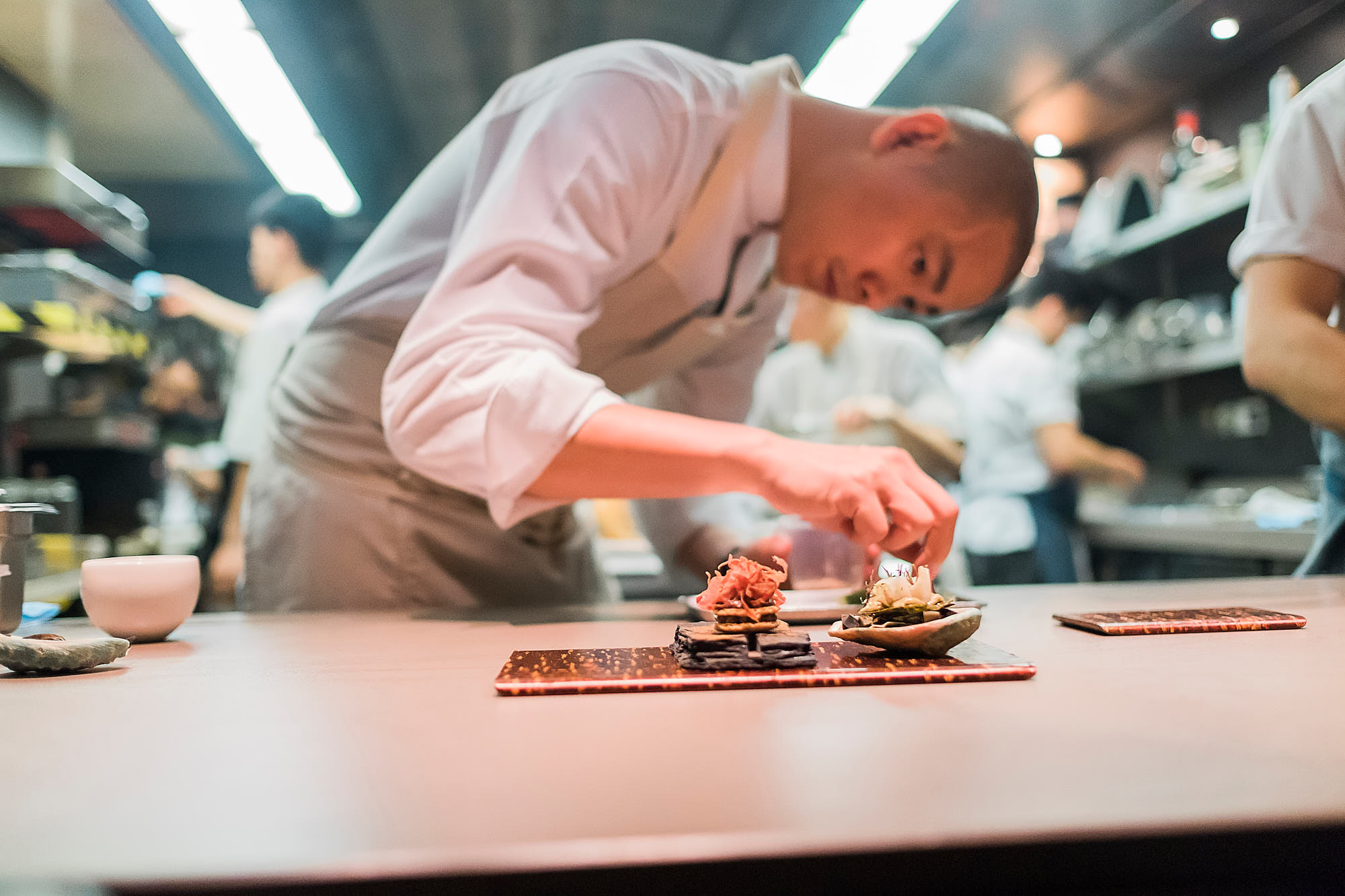 Beyond Chef André, the documentary even delves into the lives of his team, and what they stand for. We meet Chef Zor Tan, who has been with the restaurant from the start; pastry chef Mohamad Al-Matin who is frank in his interview, explaining the struggle of how to see Chef André at times, be it as an employer or a friend. And most touching of all, the journey of Commis Chef Yun Seohyun, where she went from paying and dining at the restaurant, to eventually talking to Chef André, waiting outside the kitchen for days on end, and finally working for him. Her personal life philosophy reminds us all why food is for the soul and is so important in our lives, and how instrumental it is in my own life.

Returning to Chef André’s life, we now cast our attention on his wife Sudarampai ‘Pam’ Chiang, and how she too had to learn everything from scratch at the restaurant. It’s about the faith, and how love is always mysterious. While Chef André is a man of few words, whenever he says something, it just so philosophical. And watching the relationship between him and Pam, it hits hard when you realise the significance of the date they opened (and the day they decided to close the restaurant) – their wedding anniversary, on 10th October.

Bringing us full circle from Chef André’s beginnings, we watch how the culinary scene is affected by news of Restaurant André’s closure. Shock, disappointment and plenty of tears are abound, as seen from the reaction of those working at the restaurant, to renowned restauranteur Loh Lik Peng. It was an emotional farewell, as they welcomed guests back who have been there since day one, and even those who wanted to get in on the action before they closed. Suffice to say, the restaurant was fully booked. Even Chef André’s mentor Jacques Pourcel came for a meal, and to hear what he said during the conversation shows how much Andre has grown and found his own way in the culinary world over the years, and how much he strives to reach ‘1% to perfection’, working so hard to pursue and achieve his dreams. 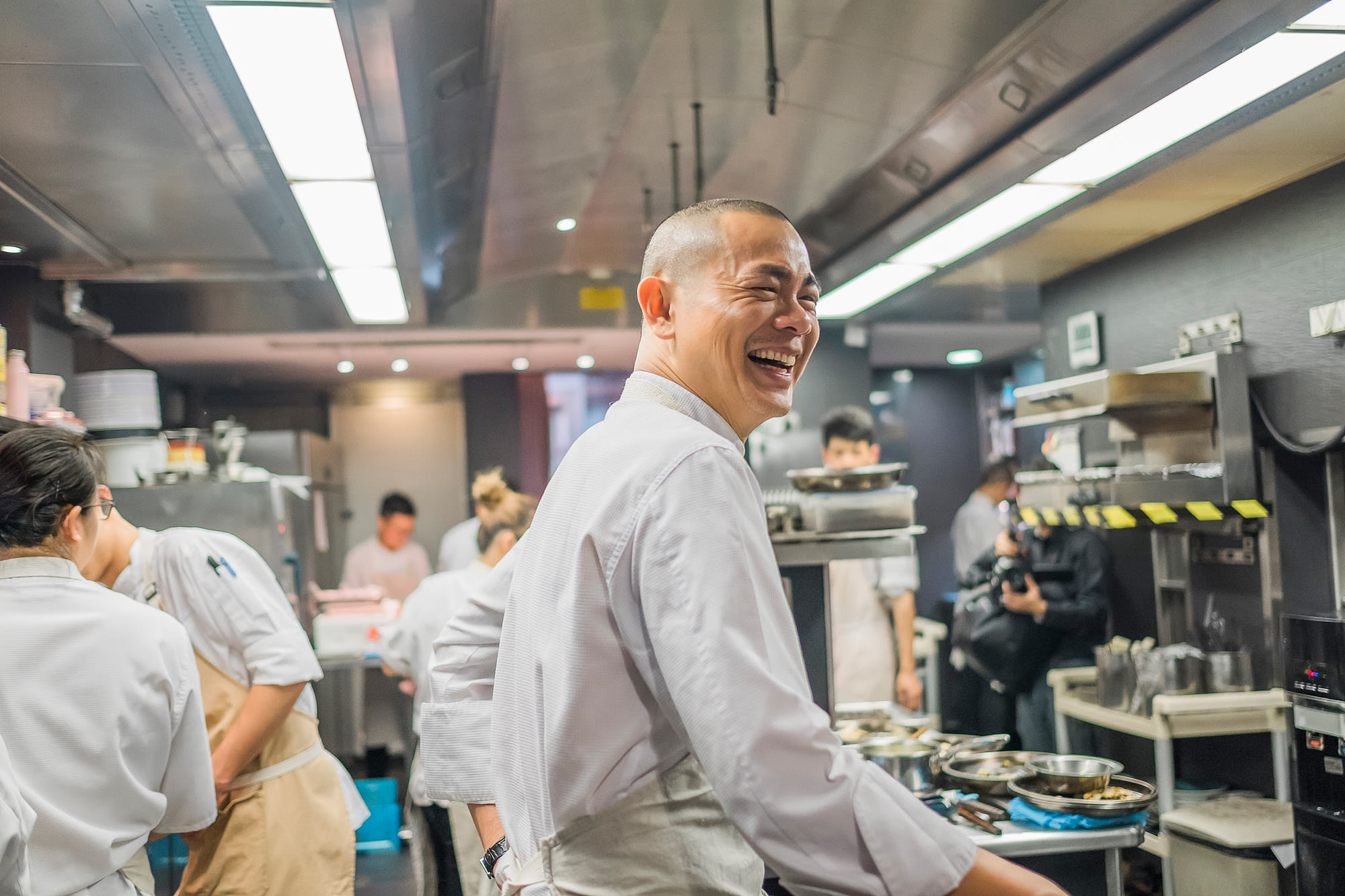 As Chef André finds his way back to his home in Taipei, he explains that it was about time to start anew in Taipei. Despite having a great food scene, there still wasn’t many top restaurants in Taipei, leading Chef André to take it upon himself to create that. We watch him go to the wet market with his mother, receiving a boisterous reception that only shows how much Taipei needs him, and how he too needs Taipei. As he roams Shilin market, he explains how he used to go around these streets when he was growing up, and how each night he went, he always found something different to do, even revealing how before it was a market, to those who had lived here a long time, it was better known as the Shilin temple. Chef André emphasises the simplicity of the street food at the night market, how each stall holder has their own speciality dish that is so well-prepared, each having a trademark that makes them all unique in their own way, and really just shows the love and understanding André has for food and culture.

Now at Raw, Chef André brings his usual no nonsense philosophy of perfection, briefing his new team once more, and starting the day with an enthusiastic ‘Bon Service!’ Approaching the final chapter of the documentary, it’s apt that we end with the ‘André brigade’ as a new chapter begins. As he prepares beef noodles, he seems to prepare it with so much pride in showing off his Taiwanese heritage. We watch him preparing for the final days of Restaurant André, as the media and his most beloved guests are invited into the restaurant for the last time. In the final parts of the show, he pays tribute to the 3 most important places which groomed him to be where he is today, giving thanks to Taiwan his home, France where he learnt so much, and Singapore, home to Restaurant André for 8 years. 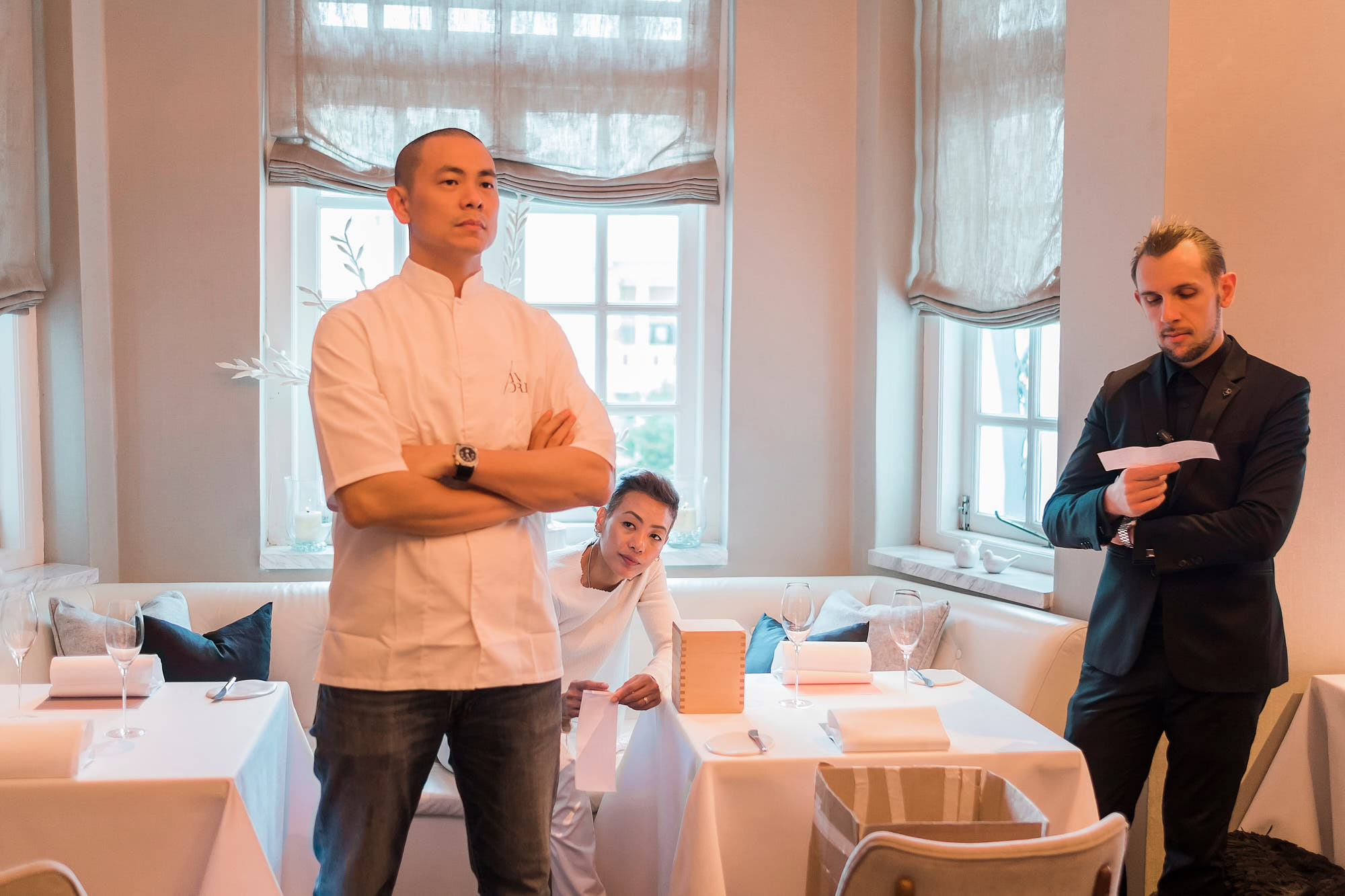 André and His Olive Tree reminds me why I love food and why I love talking to chefs and learning about their backstories. With the closure of Restaurant André, it is clear that Chef André certainly has big plans for Raw in Taipei and beyond. And as we look forward to the day we can travel once again, we’d certainly love to dine at Raw ourselves, and find out more about the new chapters André has written for himself in the time since Restaurant André’s closure.

André and His Olive Tree is available to watch at Golden Village Cinemas in Singapore from 14th January 2021.