For the fans of timeless romance, catch award winning actress Lily James and Emily Beecham in the period drama The Pursuit of Love.  Written and directed by Emily Mortimer, The Pursuit of Love is a romantic comedy-drama about love and friendship. An adaptation of Nancy Mitford’s celebrated novel and set in Europe between the two World Wars, the story follows the adventures and misadventures of the charismatic and fearless Linda Radlett (Lily James) and her best friend and cousin Fanny Logan (Emily Beecham) as they search for the ideal husband. For the crime and investigation lovers, put your sleuthing skills to the test with Smother. Taking on the role of devoted mother – Val Ahern, award winning actress Dervla Kirwan takes the lead in this thrilling series to uncover the truth behind her husband’s sudden and tragic death. Delving deeper into his death, she soon discovers deeply buried family secrets that may have led to his unfortunate demise.

For nature and travel enthusiasts, travel to Kalahari, Africa with Gordon Buchanan as he takes you up close and personal with one of nature’s most majestic predators – Cheetahs. Catch him on Cheetah Family & Me as he trails a family of South African Cheetahs to discover the lesser known side of them and witness the challenges they face if they’re to survive the natural and human-caused dangers in the spectacular Kalahari wilderness. In addition to Africa, travel to the United Kingdom with Joanna Lumley as she travels through Britain to show you the sights and sounds of this beautiful isle. Partly inspired by her own life history, audiences will be captivated by the magnificent landscapes and interesting individuals she meets during her travels.

Finally, for foodies and aspiring home cooks, try out new and simple recipes with celebrity chef Jamie Oliver in his series Jamie’s Easy Meals for Everyday. Inspired by his own home cooking, the series will feature recipes that use 8 ingredients or less, allowing viewers to easily replicate them during the next gathering with their loved ones.

For the little ones, join lovable Duggee and The Squirrel Club as they return for more adventures and badges in Hey Duggee Series 3! From searching for missing jewels to putting up a performance, your little one will have a ball of a time getting active and solving problems with Duggee and the adorable Squirrels. 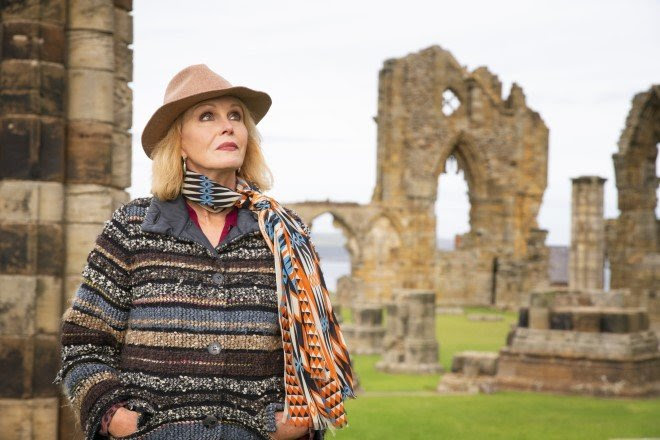 Join actor and presenter Joanna Lumley, as she embarks on an epic and very personal adventure through Britain. Born in India and spending her early years in Malaysia, Britain has always been a thrilling ‘home away from home’ for Joanna Lumley. Over three beautifully filmed episodes, she takes viewers with her on a tour of the UK partly inspired by her own life history. From the Outer Hebrides to Cornwall, join her as she retraces old steps, sees new places, meets inspiring people and uncovers the wonders of this tiny isle.

Behind each bag of chips, can of beer, bar of chocolate, and loaf of bread is a mega-industrial production line that brings each product to the masses. Food Factory is a mesmerising behind-the-scenes peek into the weird and wonderful processes that produce everyone’s favourite foods.

Cheetahs are the fastest land predators on Earth. In this eye-opening documentary, wildlife cameraman Gordon Buchanan captures a more vulnerable side to these formidable felines. In a new twist, Gordon follows wild South African cheetah families on foot. He experiences first-hand their emotional and thrilling battle these predators face if they’re to survive the natural and human-caused dangers in the spectacular Kalahari wilderness. 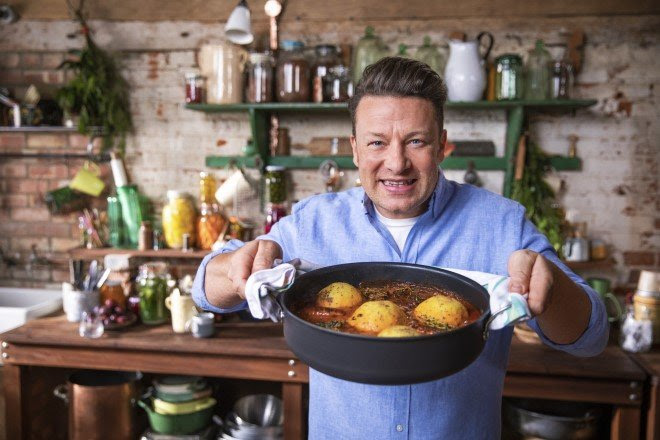 Inspired by his own home cooking, based around simple, crowd-pleasing family meals that are creative but pressure-free, Jamie mostly uses 8 ingredients or less, with plenty of versatility based on availability and affordability. These are exciting meals that provide perfect opportunities to bring those we love together, and there really is something for all the family.

With dishes this fun and fantastic, Jamie’s empowering viewers to get in the kitchen and make these recipes their own and enjoy really great food every day of the week!

The junior version of this global phenomenon returns, hosted by triple BAFTA-winning comedian Harry Hill. This series sees pastry chef and food writer Ravneet Gill join the team as a new judge alongside Bake Off alumnus Liam Charles. It’s a mouth-watering journey, as 16 of the country’s best young bakers compete. A joyful way of getting children passionate about food. 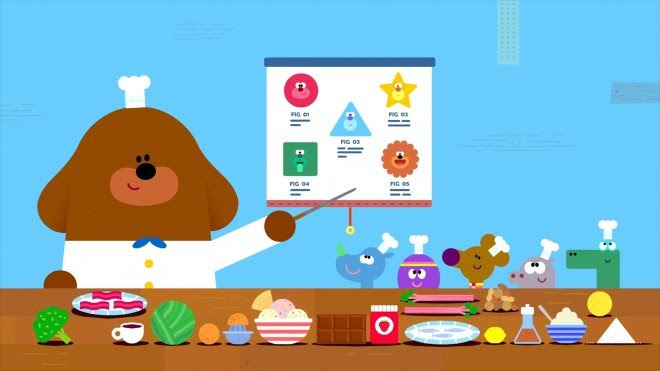 The massively popular series, packed with humour and pop culture references, is back with more comical adventures at the Squirrel Club.

Guided by big lovable dog Duggee, the little Squirrels have fun earning achievement badges. The Squirrels each have their own distinctive personalities, but they all love playing, learning and making friends together. Whether it’s solving the mystery of a missing jewel, helping to throw an anniversary party for Mr and Mr Crab, or performing with acapella superstars Hot Cheep, the antics of these delightful characters encourage young children to get active and solve problems.

The return of the hit series that sees talented young cooks take over the kitchen and celebrate their heritage by cooking their favourite recipes.

Children aged between five and seven years old share their own customs, traditions and the family secrets that go into making these fantastic dishes. The ingredients also come under the spotlight, as their friends are invited to try out an unfamiliar item before tasting it in the finished dish. As well as showing delicious and easy-to-make global recipes, this entertaining show helps young viewers learn about the locations and cultures behind them. The latest series features dishes from countries including Sri Lanka, Australia, Zimbabwe, Trinidad, Chile, Brazil, Bulgaria and Tibet. 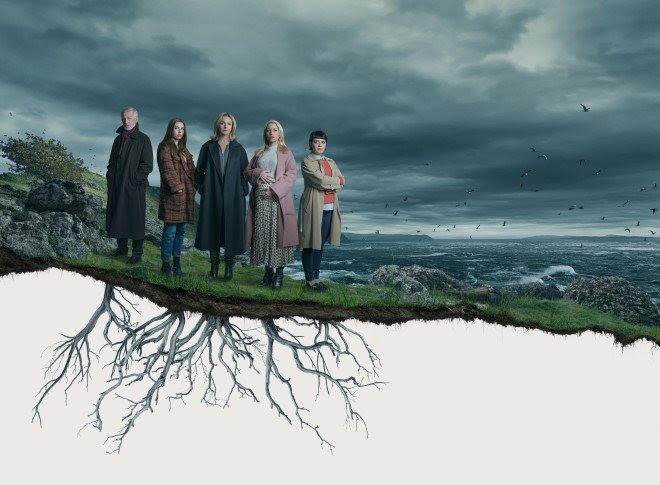 Family drama meets thriller in this gripping series about deeply buried secrets and their unintended consequences. In the aftermath of her husband’s tragic death, Val Ahern (Dervla Kirwan) investigates what might have happened in the hours after he caused chaos at her birthday party by announcing their planned break up. Re-examining the life of the man she was married to for 30 years, Val explores Denis’s complex and damaged relationships with his daughters, step-daughter and brother. The deeper Val delves into previously hidden family secrets, the more she realises how much Denis’s controlling, manipulative behaviour affected each member of her family. And she faces the shocking realisation that one of them might have been driven to murder. 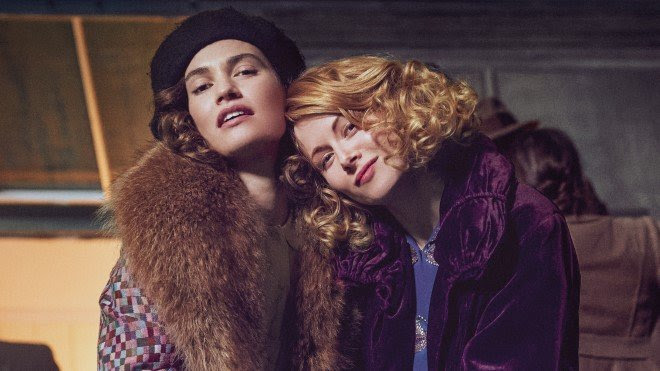 The Pursuit of Love

Full of wicked humour, this romantic comedy-drama is a sharp and bold exploration of love and friendship. Growing up in the roaring 1920s, young cousins Linda Radlett and Fanny Logan defy all expectations by diving headlong into every experience that life – and love – has to offer. Headstrong Linda wants the perfect romance. And book-smart Fanny longs for something more solid. As their lives take different paths, will they ever find Mr Right? And how will they know true love when they find it? The Pursuit of Love presents a world of glamour, privilege, and unfettered British eccentricity. But underneath the exuberance are deep emotional truths, and a manifesto for how to live life fearlessly while relishing all its absurdities.