LONDON – Star of the original hit film, EGOT Whoopi Goldberg will reprise her role as Deloris Van Cartier for the first time on stage with Jennifer Saunders (Absolutely Fabulous) as Mother Superior […] 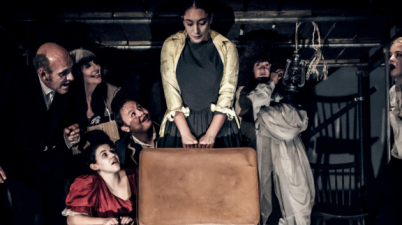 LONDON – Returning to the UK stage 12 years after the award-winning success of Gormenghast, the reformed David Glass Ensemble present their breath-taking physical adaptation of Bleak House by international master […]

Touring The UK 2019: Murder, Margaret and Me by A Tilted Wig, Malvern Theatres and Churchill Theatre, Bromley

LONDON – Lin Blakley  of Eastenders fame is about to get mysterious, as she steps into the shoes of beloved mystery writer Agatha Christie for the UK tour of Philip Meeks’ critically acclaimed […]

LONDON – A brand new UK production of smash hit musical Sister Act has been announced by producers Jamie Wilson and Whoopi Goldberg (yes, THE Whoopi Goldberg of from the original film). Opening at […]