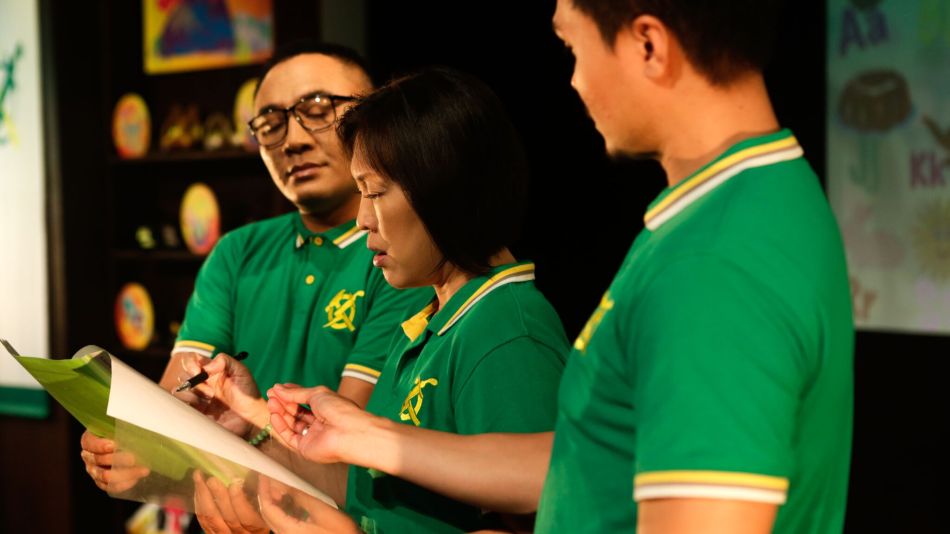 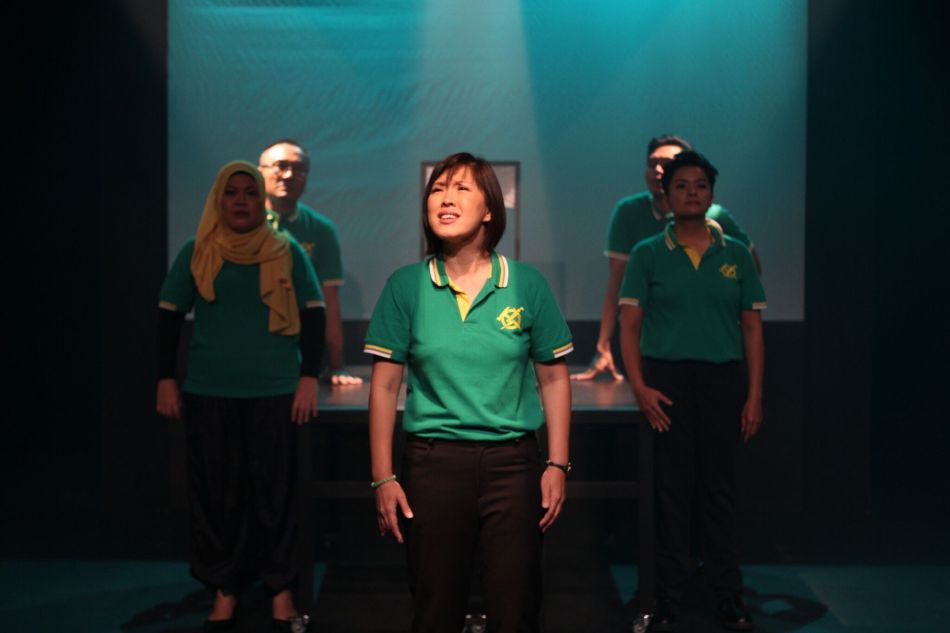 After Cooling Off Day in 2010 it only seemed natural that Alfian Sa’at follow up with another political play the next election year, this time in the form of GRC, first performed in December last year. 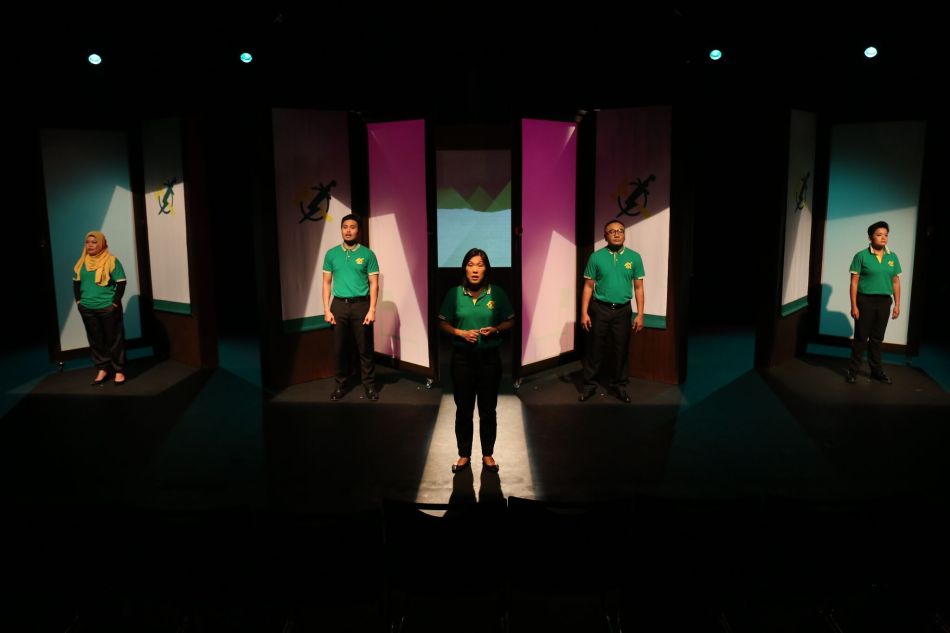 GRC takes place in a Singapore turned upside down, where Malays are now the majority, and Chinese are a minority race, discriminated against for being suspected of their Chinese communist ties, and stereotyped as gamblers and members of secret societies, with most families clinging to the rungs of the lower lower middle class of society (read: poverty).

This edition of GRC sees Serene Chen in the spotlight. Chen plays Catherine Seah, a Chinese minority candidate in the ruling Workers Action Party (WAP) chosen via affirmative action. It’s election season again, and she, along with her four other running mates, plan their rally speeches and strategy to win once again. The other members running Chai Chee-Commonwealth GRC include a Brigadier General (Fir Rahman), the wisecracking Minister for Human Resource (Khairudin Samsudin), a ‘rugged’ high flying lawyer (Farah Ong) and grassroots organiser (Dalifah Shahril). From campaign photos to writing rally speeches, and even a full length propaganda music video, this GRC has it all planned out.

The narrative follows Catherine as she navigates the dangerous and tenuous world as a minority candidate. An ex-principal and Chinese language teacher, Catherine laments the double standards the Malays afford themselves, as well as the poverty cycle the Chinese are trapped in, not to mention the continued stereotyping and lack of support granted by the government. By making a controversial speech in her first rally, she invokes the ire of the Malay voters, and even the Prime Minister himself, who accuses the GRC of being unable to discipline their own members and maintain a united front. Catherine’s unwavering naivete in being able to exact change in the country ultimately leads to her downfall, as she places her trust in her fellow candidates, who promise to speak up for the Chinese minority once they’re voted in again, so long as she follows exactly as they say. Needless to say, things don’t go as planned, and upon winning, Catherine is shunted into the position of Speaker for Parliament, who is unable to participate in parliamentary debate. 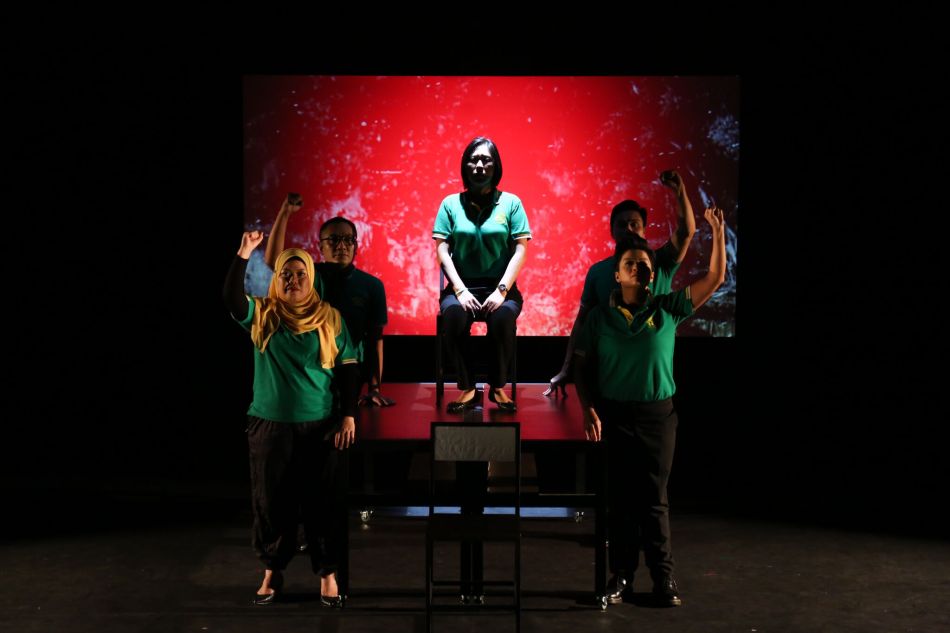 In a year where Chinese privilege became a hot button topic widely discussed on social media, Alfian Sa’at has written a triumphant piece that cleverly subverts our expectations and offers the (primarily Chinese) audience a glimpse through another’s eyes. The script is witty and fast paced, and takes potshots at our state of affairs with a knowing wink (or maybe a giant slap in the face), touching on everything from education to military opportunities. It’s a keenly observant script that leaves just about no policy uncriticised, and the topsy turvy world works to win our empathy. There are more than enough jokes to keep the audience entertained, and the right dose of heavy handed discussion that provides a blow to our mindsets. In the final scenes where Catherine recounts her surreal dream of her fellow candidates singing A-Mei’s Ting Hai (pronounced very accurately) and promise to change the policies, one truly feels a sense of loss as the ominous music rises and Catherine’s spirit falls. Sa’at has yet another timeless classic with GRC, and the play’s themes of oppression and inequality will continue to resonate, at least until the next election.

GRC is playing at Lasalle as part of the Singapore Theatre Festival unti 24 July. Limited tickets available from SISTIC