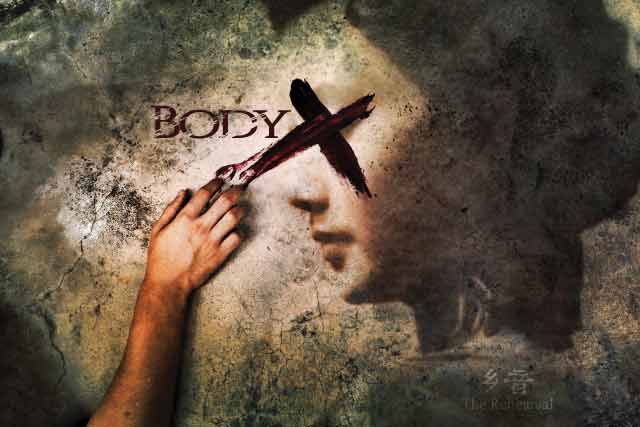 Body X Productions is responsible for the Body X series – immersive theatre experiences plunging audiences straight into the heart of a murder mystery. Following their success with their previous sell-out production Body X – The Wedding during the 2014 Singapore Writer’s Festival, that team is now back with Body X – The Rehearsal.

Heading and directing this production are Li Xie and Danny Yeo, both veterans in the local Chinese theatre scene. Audiences feel almost like they’re part of a real life mystery, and they are invited to solve the mystery of a murderer who is slowly working their way to kill off various characters.

The team was mainly inspired by mystery novels from the likes of authors such as Keigo Higashino, and you can really see it from the intricate and gripping plot.This time around, the site-specific mystery play is being staged in the Arts House, and we followed a group of theatre types who receive a mysterious invitation to a mansion in order to re-stage an old, classical theatre masterpiece and restore it to its former glory. During the rehearsal though, the lead actress is sabotaged and dies and the shady director goes missing, leaving the remaining team to solve the mystery on their own (along with the audience). As with all good thrillers, they split up to gather clues, unable to leave out of fear it may look like an admission of guilt, and the hunt for the perpetrator begins.

Body X is strongly reminiscent of an escape room game, but even more thrilling, due to the stakes the team has managed to craft and urgency to solve the puzzle. The spooky setting of the Arts House, with lighting by Gabriel Chan, and sound by Jeffrey Yue, perfectly transformed it into an old Chinese mansion, also really helped to set the atmosphere and noir mood, almost like stepping into a wrinkle in time. Not to mention the costumes, which strongly evoked a 70s aesthetics, from the womens’ big hair to the tailored outfits for the men. Audiences were allowed to roam the Arts House almost completely, including iconic rooms such as the chambers, the living room and the play den, and were allowed to choose their own paths and characters to follow, allowing each individual person to have a unique experience and only part of the bigger narrative.

Quick tip: Pick the rooms with the most action and commotion, but also look out for subtle hints lying around. You won’t be able to use your phones of course, since they’ll be collected at the start of the performance into evidence bags, so all the more reason to prick up your ears and watch out for the carefully placed clues and use your astute powers of observation. Kudos especially to actors Zelda Tatiana Ng and Alvin Chiam, the co-leads, who remained steadfast and unfazed even while under close scrutiny from the audience, never breaking character and contributing to the entire seamless experience.

With such an exciting performance going on, the audience was bursting with chatter, eager to discuss their findings. I managed to speak to good friends Maggie, Joy, and Marina. Maggie was the one who bought the tickets and encouraged her friends to watch the show with her, and said she has been supporting local Chinese productions for a long time. For her, Body X is a new immersive experience that is both exciting and and challenging. She missed out on Body X – The Wedding in 2014, and she definitely didn’t want to miss out on this one. Her friend Marina was pleased with the performance, “As someone who enjoys the escape game, this was the perfect match between theatre and the escape game, its exciting and keeps me on my feet.” I also asked if this would encourage her to attend more local productions and an enthusiastic YES was the resounding answer. So if these responses are anything to go by, it can only bode well for Singapore theatre.

Speaking to co-director Danny Yeo and producer Yeo Kok Siew after the show, they agreed that this was a very fun production to be in, mostly maintaining the same team from the previous first edition. Being a site specific performance, what thrilled me the most was the impeccable timings of the actors, moving from scene to scene seamlessly without missing a beat. And these actors weren’t given any communications devices or instructions on what to do next, testament to the strong direction and execution from the team. Speaking to Danny, he summed it up like this: “this performance is all about connecting the dots.”

For lovers of immersive theatre, this is one show you won’t want to miss. There was a healthy crowd of all ages, from kids to the older generations, so everyone can enjoy this! You’ll practically be shaking in your boots the whole time, racing to the end to solve the mystery. Don’t worry; even if you don’t collect all the clues, all will be revealed at the end of the run and you can rest easy. And if you’re still confused? Everyone in attendance will be more than happy to discuss with you, and it’s amazing how this play has managed to bring complete strangers together. A job well done by the Body X team for keeping us on our toes, and for leaving a great indelible mark on the local theatre scene.

Body X – The Rehearsal plays at The Arts House in Mandarin. Tickets are SOLD OUT.