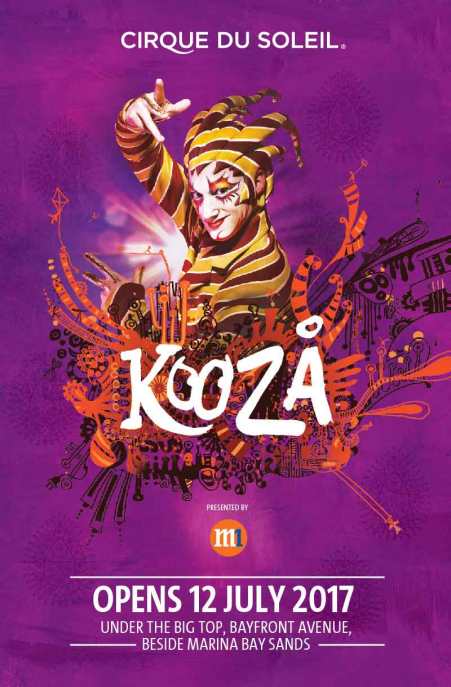 Kooza takes its name from the Sanskrit word ‘koza’, meaning ‘box’ or ‘treasure’. And true to its name, the latest Cirque du Soleil show to come to Singapore is a real treasure trove of thrills, spills and delights.

From the moment you enter the big top, Cirque du Soleil’s fills you with the sense that you’re stepping into a fantastic, brave new world. It feels like a real carnival, with popcorn available for munching and a well stocked merchandise booth (which unfortunately closed by the time the show ended), and it readied us for the spectacle that was about to unfold. 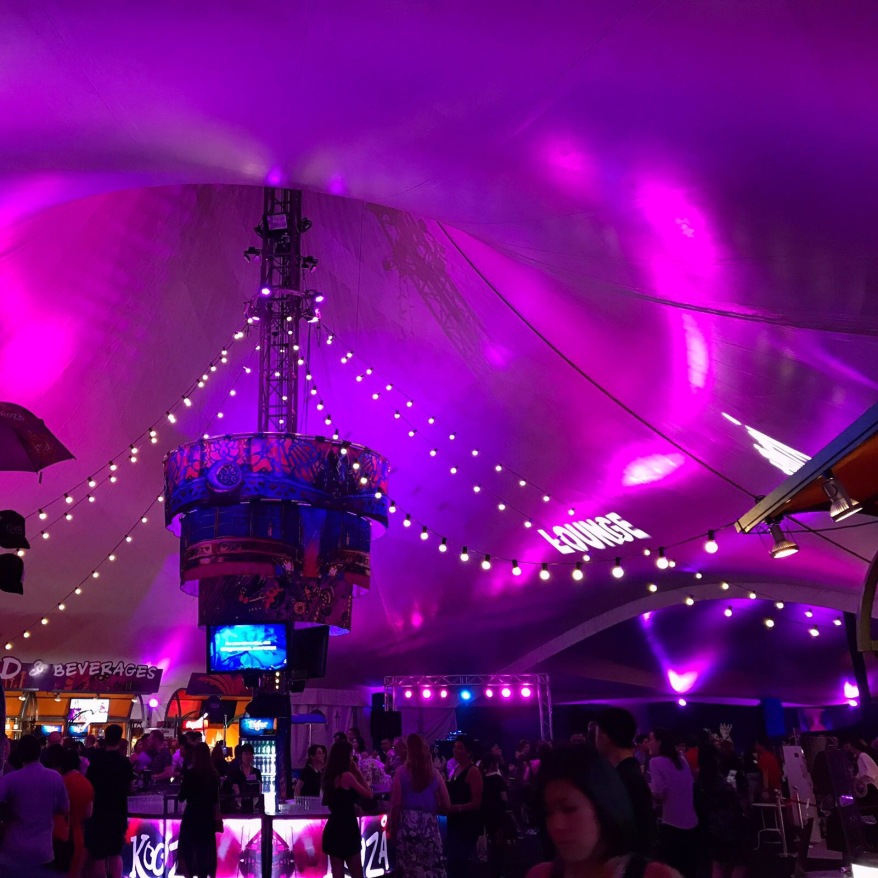 As with all Cirque du Soleil shows, it’s not just a series of acts you’re in for – it’s an entire experience that nimbly integrates mystical songs and sleek synchronised choreography to completely immerse audiences in the magic of the big top. What sets Kooza apart from the usual Cirque du Soleil fare is its stripped down approach – at least, as stripped down as Cirque du Soleil gets. Gone are the overwrought, complicated storylines of later works, leaving only a simple premise to get the show going, but retaining the signature Cirque du Soleil blend of incredible costumes and evocative live music. 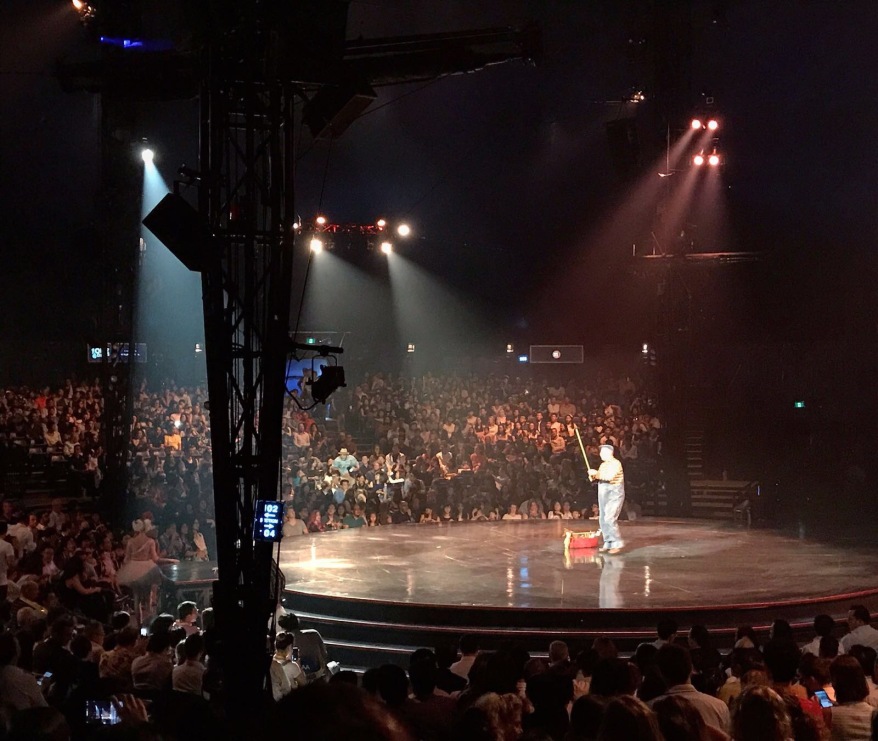 Kooza’s narrative follows the central figure of a young boyish character (The Innocent) as he receives a mysterious box in the mail. Upon opening the box, he unleashes the Trickster, the ringmaster clad in a colourful pinstripe suit, and what initially appears to be a small stage space transforms into an entire world of wonder, filled with death-defying acrobats, boisterous clowns and sultry singers. As straightforward as it is, the story works to Kooza’s advantage by allowing audiences to completely focus their attention on the acts that unfold before them, and Kooza is pure entertainment at its very best.

Throughout the entirety of the show, Kooza leaves audiences at the edge of their seats and gawping, slack-jawed at the sheer energy that the performers exude, and of course, the countless gasp-inducing acts that feel straight up like feats only a superhuman could perform. What Cirque du Soleil somehow does in Kooza is make every act feel new again. Each act goes beyond its traditional limits, pushing the envelope each time and taking them to new heights, and it almost feels like one is watching some of these familiar acts for the very first time. A standard unicycle act feels fresh again by having not one but two people on the unicycle at the same time, dancing dangerously as they maintain their balance with grace and poise, while the teeterboard act that closed the show kept the momentum going strong, as each successful performer raised the stakes increasingly higher as they began flipping through the air on stilts, and even while having their feet strapped to a single pole.

Even Kooza’s clown act was laugh out loud funny, bolstered by two spontaneous volunteers (including local actor Shaun Chen) whose infectious enthusiasm gave us the sense that they were having as much fun as we were. With no holds barred, the clowns teased audiences with bait-and-switch type acts, and managed to genuinely surprise us with how hilarious it all was, as they were allowed to completely let loose, running amok through the audience while shouting and showering them with popcorn. The carnivalesque atmosphere was further amplified by a live band that accompanied each act, playing and singing atop a showstopping, grandiose three-level structure that emerged from the wings. The impeccably tailored score and songs were inspired by the music of India and 40s/50s film scores, giving the entire show a very classic, spiritual feel that added a layer of emotion and tension to each act.

One of the biggest crowd pleasers was the high wire, where four performers navigated a single high wire while balancing themselves on bicycles, chairs and even fenced playfully with each other, completely at ease with the height and confidently moving about on it. Following the interval, the energy never let up with a grand entrance of burlesque dancers clad in eyecatching skeleton costumes prancing through the audience, an image of hell itself with an army of rats that skittered across the stage. 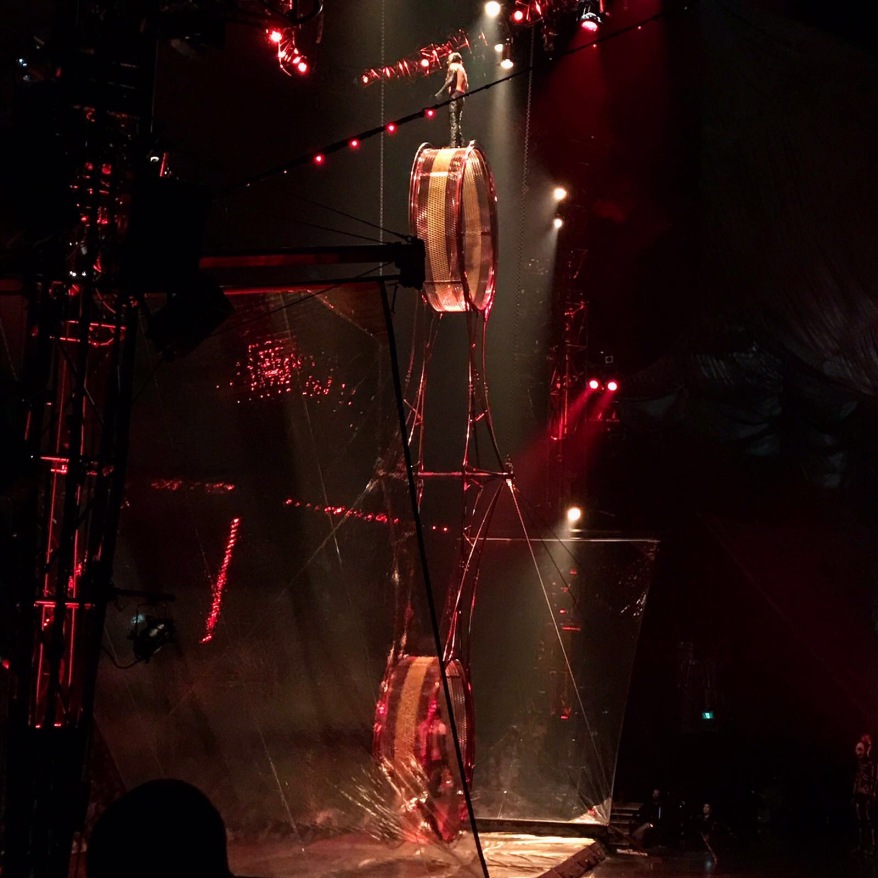 This was followed by the other big act of the night – the Wheel of Death, a gigantic structure that in itself was a marvel to see. A futuristic contraption that consisted of two circular tracks connected by a beam, the Wheel of Death got audience members’ adrenaline pumping as an acrobat got into one of the wheels and began spinning it such that the entire contraption revolved. Another acrobat got into the other wheel, and cleverly utilized the physics of G-forces to maintain his position atop the wheel while jumping and even skipping rope, as the audience held their breath in fascination. There was even a heartstopping moment where the performer’s feet were momentarily entangled in the skipping rope, and a collective gasp escaped from the audience, afraid they might bear witness to an actual accident. But making a quick recovery, the performer proceeded to wow the audience with still more daring feats, as the air time increased with each jump.

For Cirque du Soleil, Kooza represents a return to circus’ origins, bereft of the more complicated storylines in later productions in favour of going back to the basics. There is an incredible power in simply filling audiences with a sense of glee and the sheer pleasure of being amazed by ordinary people doing extraordinary things, no easy feat at all. 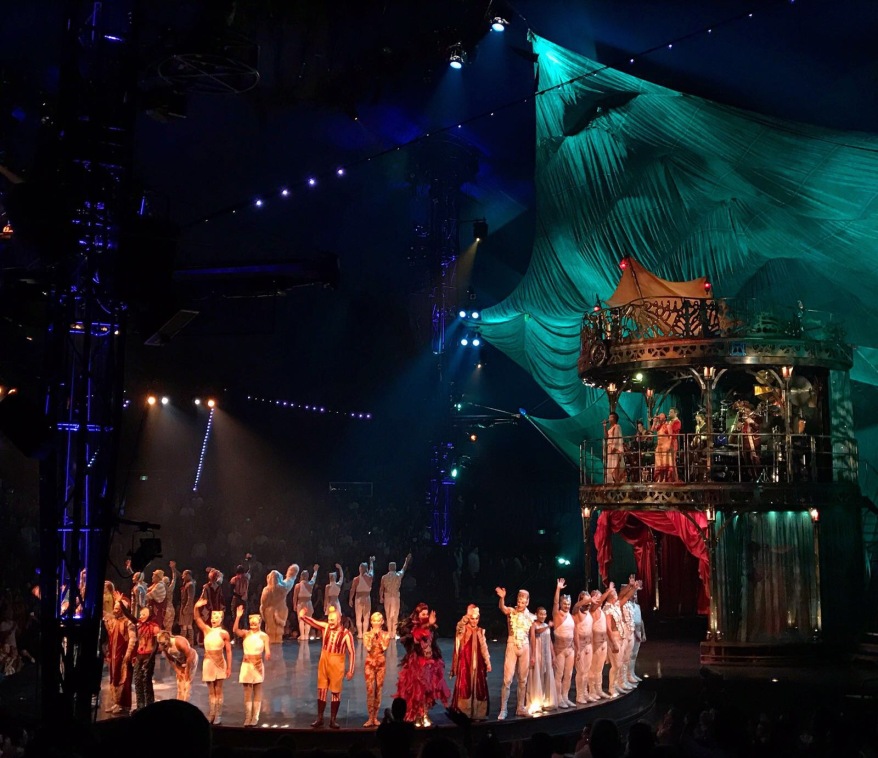 This is the show for you if you want to spend an evening with plenty of heartstopping moments and an incredibly satisfying payoff that follows. Cirque du Soleil proves that they’re still on top of their game with the ridiculously imaginative and entertaining Kooza. As The Innocent bids the box of wonders goodbye and flies his kite high into the sky, there is a sense that within each of us lies the power to make miracles happen too. It is a true testament to Kooza’s strength that it rekindled in us a child-like wonder at the magic and happiness that the theatre and the circus can potentially deliver.