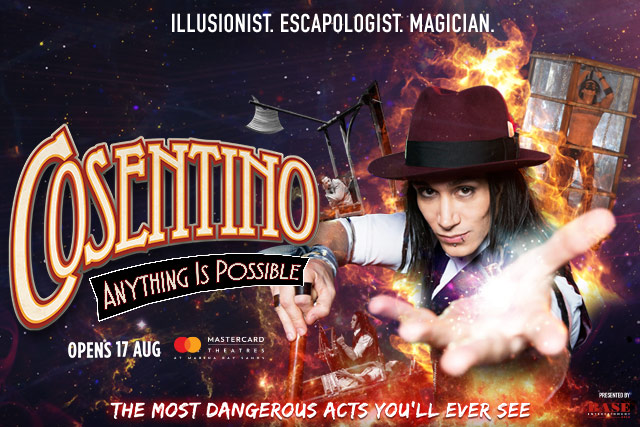 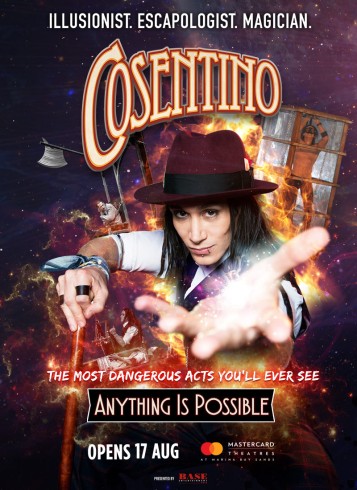 As a shy child, growing up in the small town of Lysterfield, Australia wasn’t easy for Paul Cosentino. But stumbling across magic books in the library changed all that, and driven by passion and hard work, he became the first Australian magician to have his own TV show and an incredible success story pioneering the way forward for Australian magicians.

Cosentino has just flown in from Australia for a whirlwind press tour before the Singaporean debut of his new show Anything is Possible. Despite being framed against the big empty stage at Mastercard Theatres, Cosentino never feels dwarfed by the space, and he exudes a natural charm that warms the atmosphere. The man is dressed in a simple black t-shirt, his signature hat and comes armed with a big smile on his face. He’s charming, enthusiastic in his responses, and for once, comes in with no tricks up his sleeves.

Although considered “a national treasure of Australia” and “Australia’s No.1 magician”, speaking to Cosentino during his press tour felt relaxed despite his hectic schedule ahead, and as if we were speaking to an old friend. As such, we decided to do a stripped down, casual style conversation for our interview with him, painting a portrait of the man behind the magic, a man who pushed past incredible obstacles to achieve his passion and become the hero he never had.

There are no grand illusions here, just a boy who found the magic within him, and with plenty of perseverance and support, became a man who made his dreams a reality. Check out our interview with Cosentino to hear his story, and perhaps, you too will believe that anything is possible.

Now that you’ve seen the man behind the magic, come see how it all comes together in a spectacular visual extravaganza this August. Also, stay tuned on our  Facebook and Instagram to find out how you can win a pair of tickets to catch Cosentino: Anything is Possible!

Cosentino: Anything Is Possible plays at Mastercard Theatres from 17th – 27th August. Tickets available from SISTIC