Last Saturday, in conjunction with the Esplanade’s inaugural Gala evening in its fifteen years of existence, local telcomm company Singtel has announced its decision to donate S$10 million towards Esplanade – Theatres on the Bay’s development of its new mid-sized, waterfront theatre.

Prior to the gala, Ms Yvonne Tham, CEO-Designate at The Esplanade Co Ltd, addressed members of the media and expressed her gratitude towards Singtel for their unwavering support of the national performing arts centre, which is currently in the midst of its 15th anniversary celebrations. Said Ms Tham: “The new waterfront theatre will not only enable a new generation of artists to create works that will shape Singapore’s culture and identity, it will also help us to bring more meaningful arts programmes to engage, educate and inspire the youths, families, elderly and other communities that Esplanade serves.”

Says Lian Pek, Singtel VP for Group Strategic Communications and Brand: “It’s definitely a deep and serious commitment from Singtel. Previously, we’ve supported arts institutions like the National Gallery, and we think that this contribution will be useful in helping grow the arts ecosystem.”

The theatre will be the Esplanade’s first medium-sized theatre, with a seating capacity of 550, as opposed to the existing theatres’ 2,000 seater mega spaces, or the smaller studio spaces seating up to 245. The new space thus affords both the Esplanade and arts practitioners more flexibility and diversity in programming, with less pressure on the commercial need to sell out spaces as big as the existing 2,000 seaters each night. 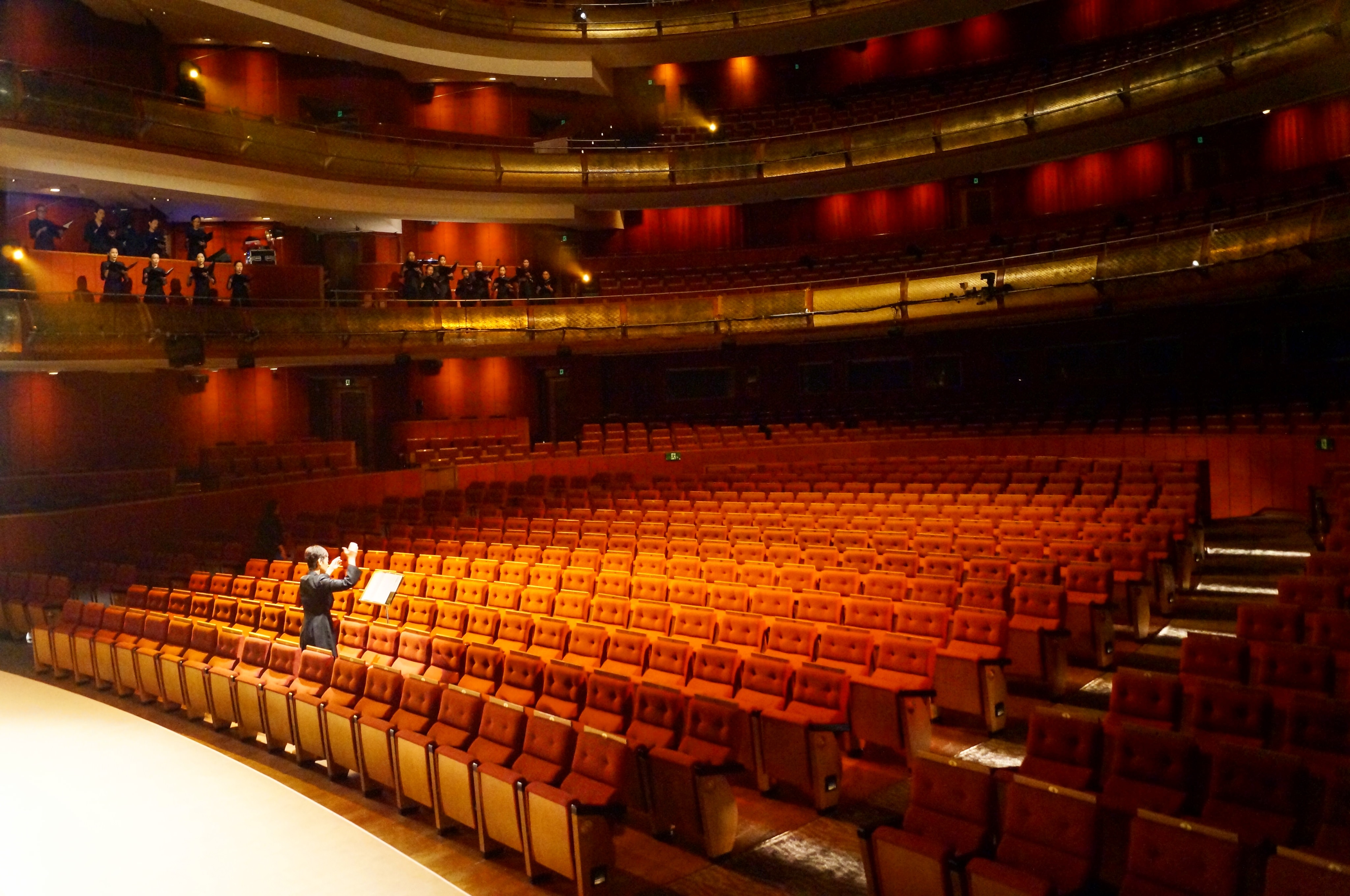 The theatre is estimated to cost around S$30 million, and has also received S$10 million from the government. The remainder of the funds will be raised by Esplanade through corporate sponsorship and public fundraising. Part of these funds were collected from the inaugural Esplanade Gala held on the same evening at the Esplanade Theatre. Titled ‘The Next Stage’, guests and patrons from various foundations and bodies descended upon the Esplanade Theatre in their glitziest of evening wear, from tuxedos to kimonos, gowns to sarong kebayas. The glamorous event began with a cocktail reception before guests entered the theatre, greeted by a choral group singing from the seats before guests made their way to the stage, where a four course dinner was served, provided by Conrad Singapore. 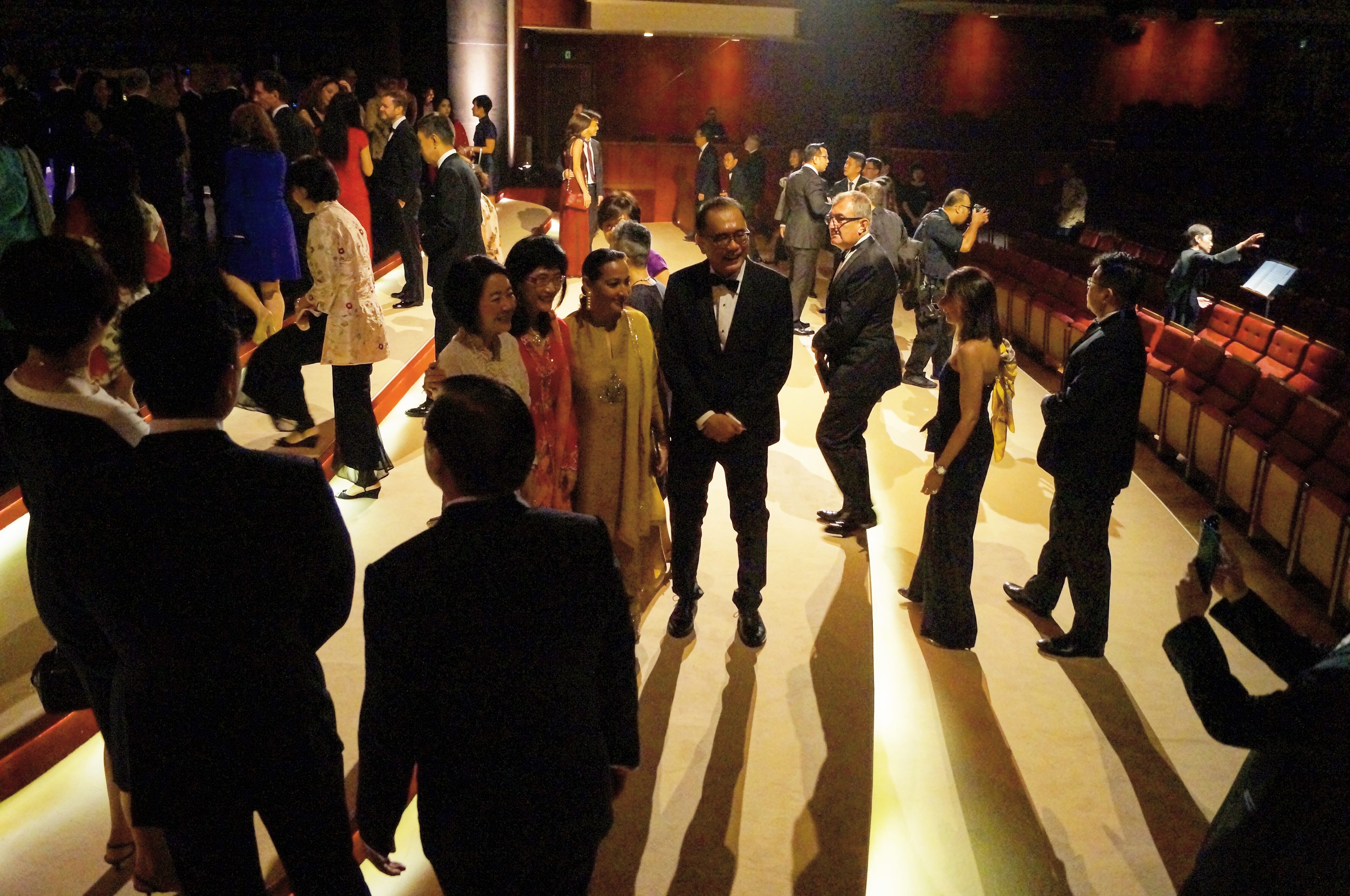 With the foundations now firmly in place, the Esplanade can finally begin building the new Waterfront Theatre. Construction is set to begin in early 2019, and in appreciation of Singtel’s generous gift, the largest single donation the Esplanade has received since opening in 2002, the new theatre along the Esplanade Waterfront will be named after the telco for a period of 15 years from the time it opens in 2021. One expects the national performing arts venue to become more vibrant than ever once the theatre is completed, as it serves more visitors than ever and continues to entertain and educate local and international audiences with high quality productions from both Singapore and the world’s leading artists.

For more information on the new Waterfront Theatre, visit the Esplanade’s website here