Come 2020, Esplanade – Theatres on the Bay is set to launch Xiqu – Chinese Opera Series to present different forms of xiqu (Chinese Opera) throughout the year. Literally translating to musical […]

Superstar tenor Joseph Calleja joins the Singapore Symphony Orchestra for a one-off concert, on 10th January 2020. Conducted by David Giménez Carreras, the concert will include arias from much-loved operas […]

Preview: Of Music and Story – River of Life by Ding Yi Music Company

In collaboration with Esplanade – Theatres on the Bay, Chinse chamber music ensemble Ding Yi Music Company is back with the 2019 edition of their signature Of Music Series, which […]

As Christmas approaches, it’s time for a flurry of festive shows to come to town once again. And this December, ABA Productions is bringing the beloved tale of The Snowman to Singapore! […]

Preview: Kalaa Utsavam 2019 by Esplanade – Theatres on the Bay

Back for its 18th edition, the Esplanade’s Kalaa Utsavam – Indian Festival of the Arts returns this Deepavali season to present another 10 exciting days of the very best artists from […] 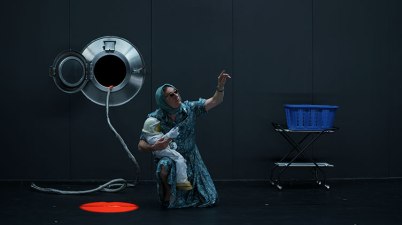 Review: The Far Side of the Moon by Robert Lepage/Ex Machina

★★★★☆ (Attended 2/11/19, Matinee) A deeply affecting reflection on loneliness, sibling rivalry, and the little triumphs that keep us going, buoyed by a masterful performance from Yves Jacques and Robert Lepage’s […]

Robert Lepage’s The Far Side of the Moon: An Interview with Performer Yves Jacques

If you do a cursory Google search on Yves Jacques, you’ll find that it’s surprisingly hard to find much information about the 63-year old Canadian actor’s personal life, besides a […]

Celebrating its 12th edition this year, the biennial National Piano & Violin Competition was established by the National Arts Council in 1997 as a platform for music excellence, returning from […]

Phenomenally talented Dutch piano duo, Lucas and Arthur Jussen, are taking the classical music world by storm. On 22nd and 23rd November, they’ll be joining the Singapore Symphony Orchestra to […]

Finding tenderness and connection in the face of seemingly irreconcilable differences.  Raimund Hoghe is a shorter than average 70-year old German man with a discernible hunchback, pale and serious. Takashi Ueno […]

Intimate Moments’ is a new series of concerts giving audiences the chance to watch, listen and converse with a select musician of the Singapore Symphony family. The concerts are intimate, […]

Living proof that street dance is just as much of an art form as every other production gracing the Esplanade Theatre. It’s hard to believe it’s been over a decade […] 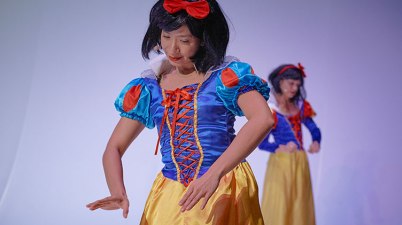 Someday my prince will come. But not if you’re Pinoy.  Growing up on a steady diet of Walt Disney’s animated films, the current generation of young adults were almost certainly […]

The Night Garden marks the debut concert of Singaporean-based, Swiss-trained bassoon soloist Jo Anne Sukumaran, celebrating the launch of her solo album of the same name recorded in Montesilvano, Italy in 2018. […]