The World Cup may already be halfway through, but the Singapore Sports Hub’s inaugural Festival of Football will be going strong all the way till end July, with a plethora of family friendly activities to celebrate the Beautiful Game together as one! 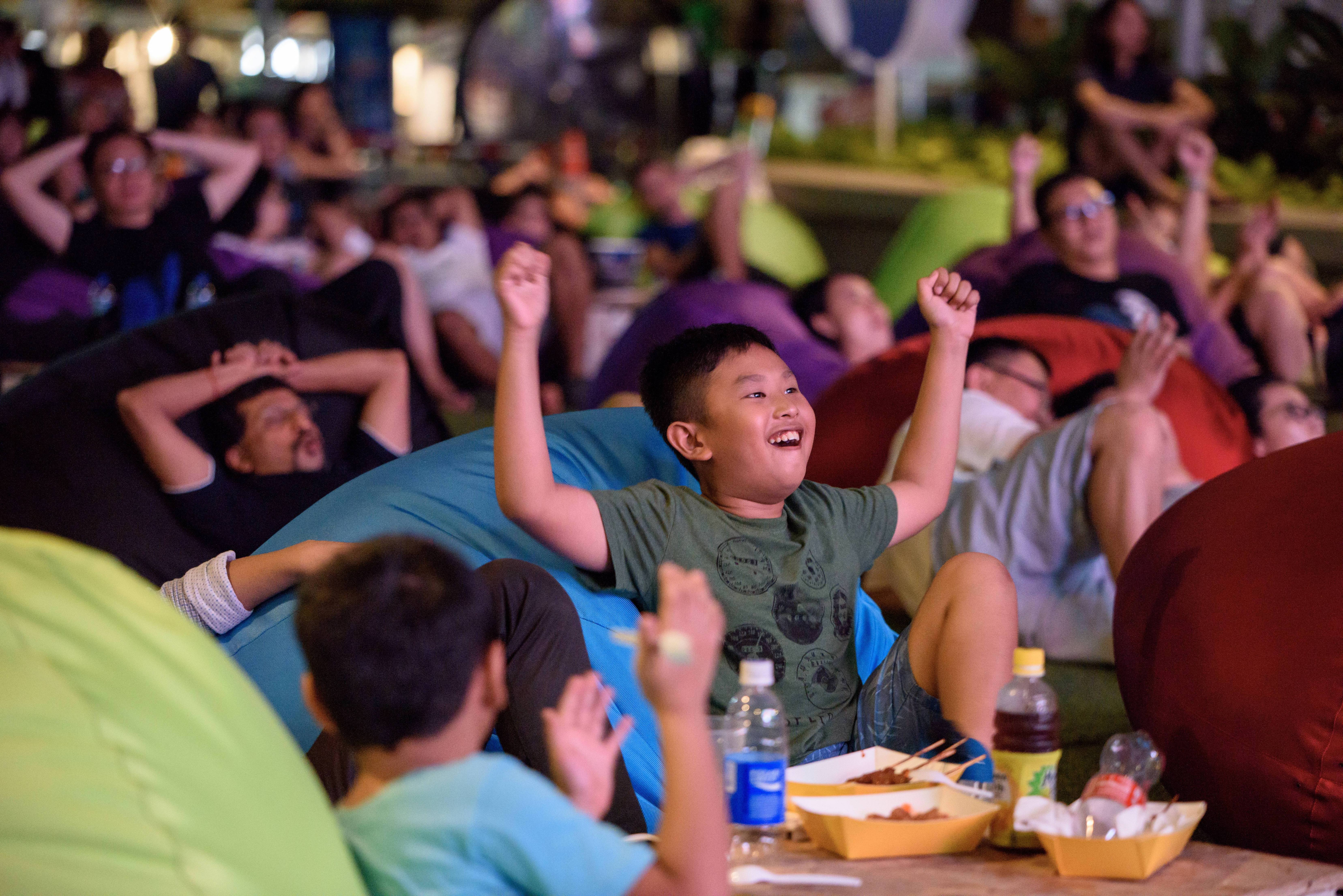 Taking place at OCBC Square, just outside Kallang Wave Mall at Stadium MRT Station, the Festival of Football has transformed the square into a gigantic football zone with artificial turf, where countless activities have been scheduled to feed that football fever throughout July. The biggest event of course is the 2018 World Cup, and almost every match will be screened live on a 66 square metre LED screen, complete with booths selling snacks and alcohol, and bean bags and benches to complete your viewing experience in comfort. Best of all? Admission is completely free. 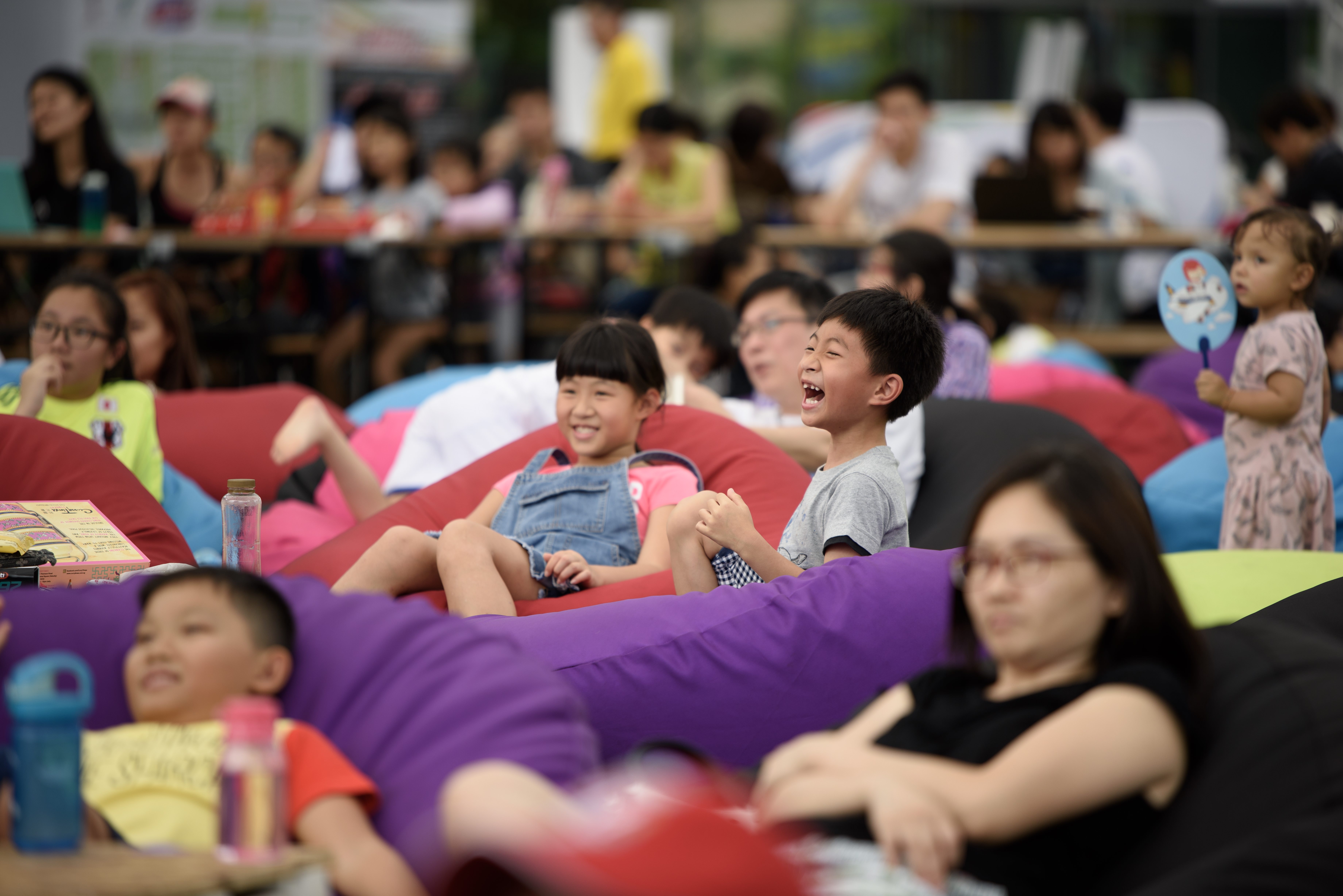 In addition, when you come down to catch these matches, stand a chance to win attractive prizes, ranging from flight tickets and accommodation to watch your favourite International Champions Cup team play at home, to even the opportunity to be a player escort at a 2018 International Champions Cup in Singapore match. To enter, all you have to do is snap a photo of your favourite Football Festival moment, post it up on Facebook or Instagram, complete an Ultimate Football Family Card available at the festival, and purchase a 2018 International Champions Cup in Singapore ticket). In addition, those who post their crazy moments on social media with #SSHFestivalofFootball can even stand a chance to win a Samsung Galaxy 9+! 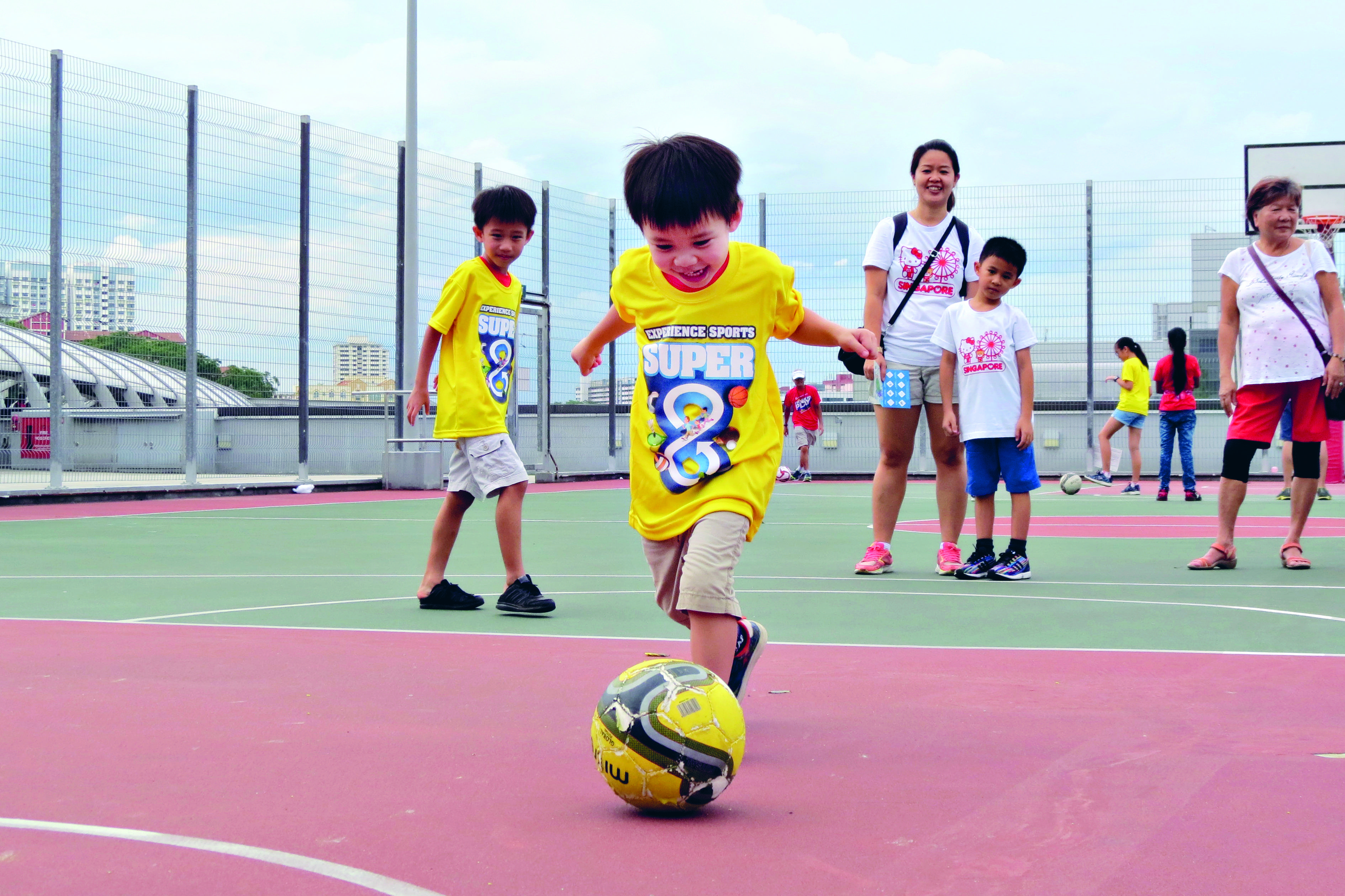 Meanwhile, there’s plenty of other activities happening as well. For those who want to get a piece of the football action, get physical and sweat it out at OCBC Square’s mini football cage, where a series of mini football tournaments and clinics such as the King of the Hour football competition, 4v4 football tournaments and daily friendly games will be held. Members of the public can register online to participate, or stand around and be a spectator cheering on your favourite teams, something you’ll definitely want to do when there’s up to $1,800 worth of cash prizes to be won at the 4v4 football tournament on 7th, 8th, and 14th July and quickfire, King of the Hour competition with 5 minute knockout matches of 3v3 teams, leaving the final team at the end of the hour with a cash prize of $100. 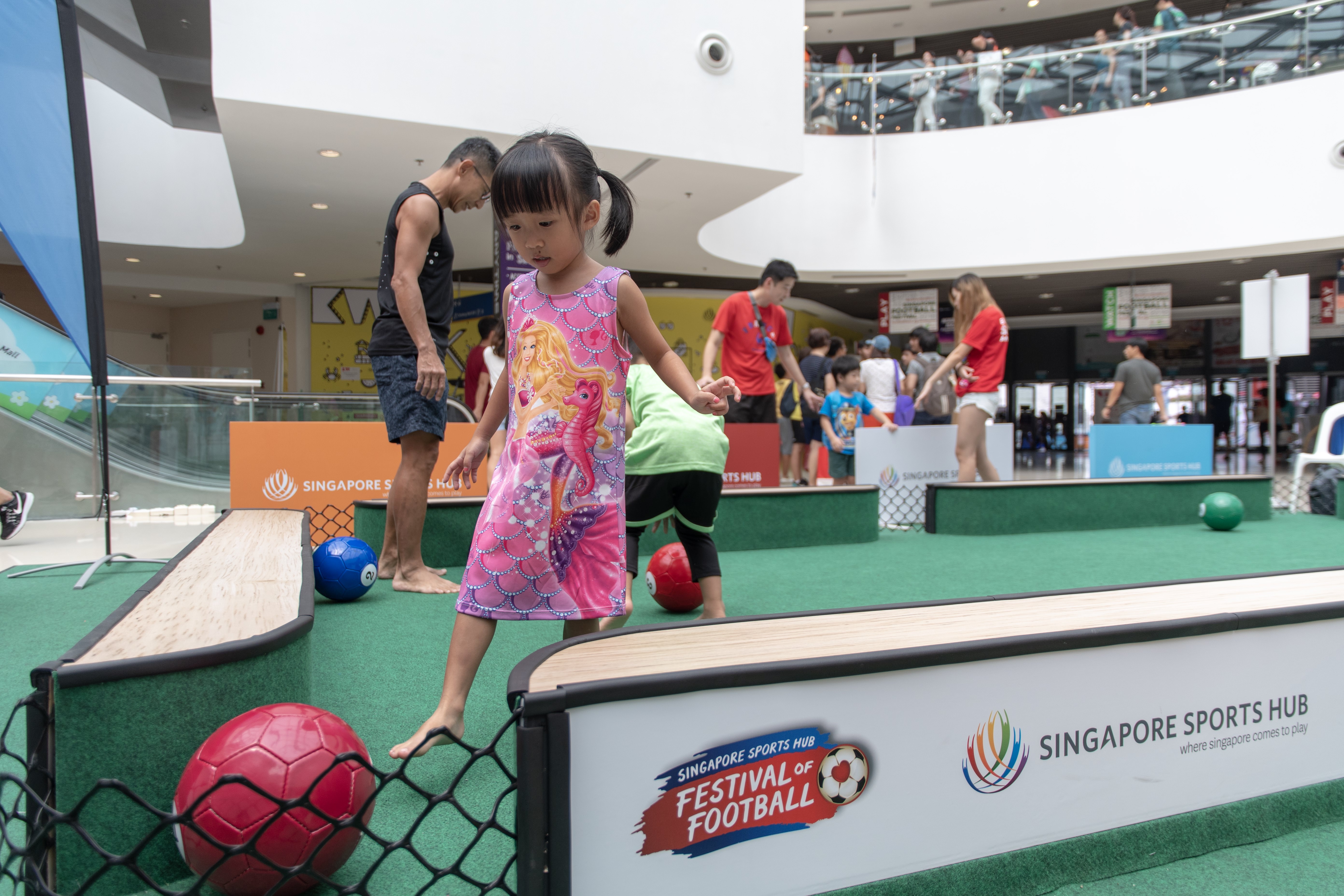 It’s not just the boys and dads who’ll get to have all the fun though, family bonding is also strongly encouraged, with an array of football-themed activities, including football trails and storytelling sessions in the museum, penalty shoot-out, pool football and football fan scavenger hunt. The Festival will even be organising film screenings of football-themed movies, such as Kallang Roar the Movie, Goal! and Bend It Like Beckham, and even give out free popcorn while stocks last. Local bands, celebrities and comedians will also be taking to the stage to showcase their talents during the weekend parties at the Festival. 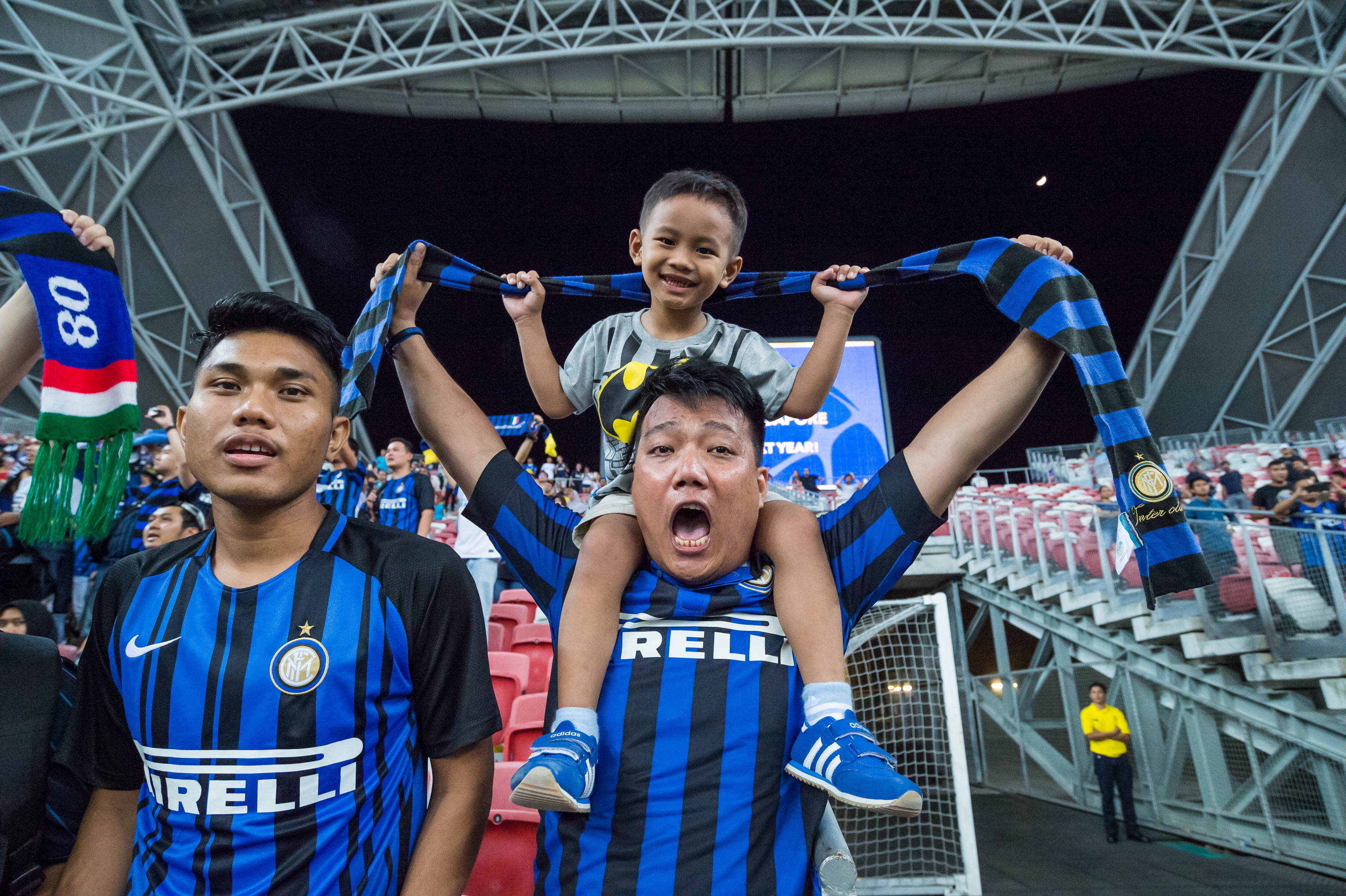 The entire Festival of Football will conclude with the 2018 International Champions Cup in Singapore come end July, which sets the stage for European powerhouses, Atlético de Madrid, Arsenal, and Paris Saint-Germain play against each other across three heart-stopping, adrenaline-pumping matches at the National Stadium on 26th, 28th and 30th July. 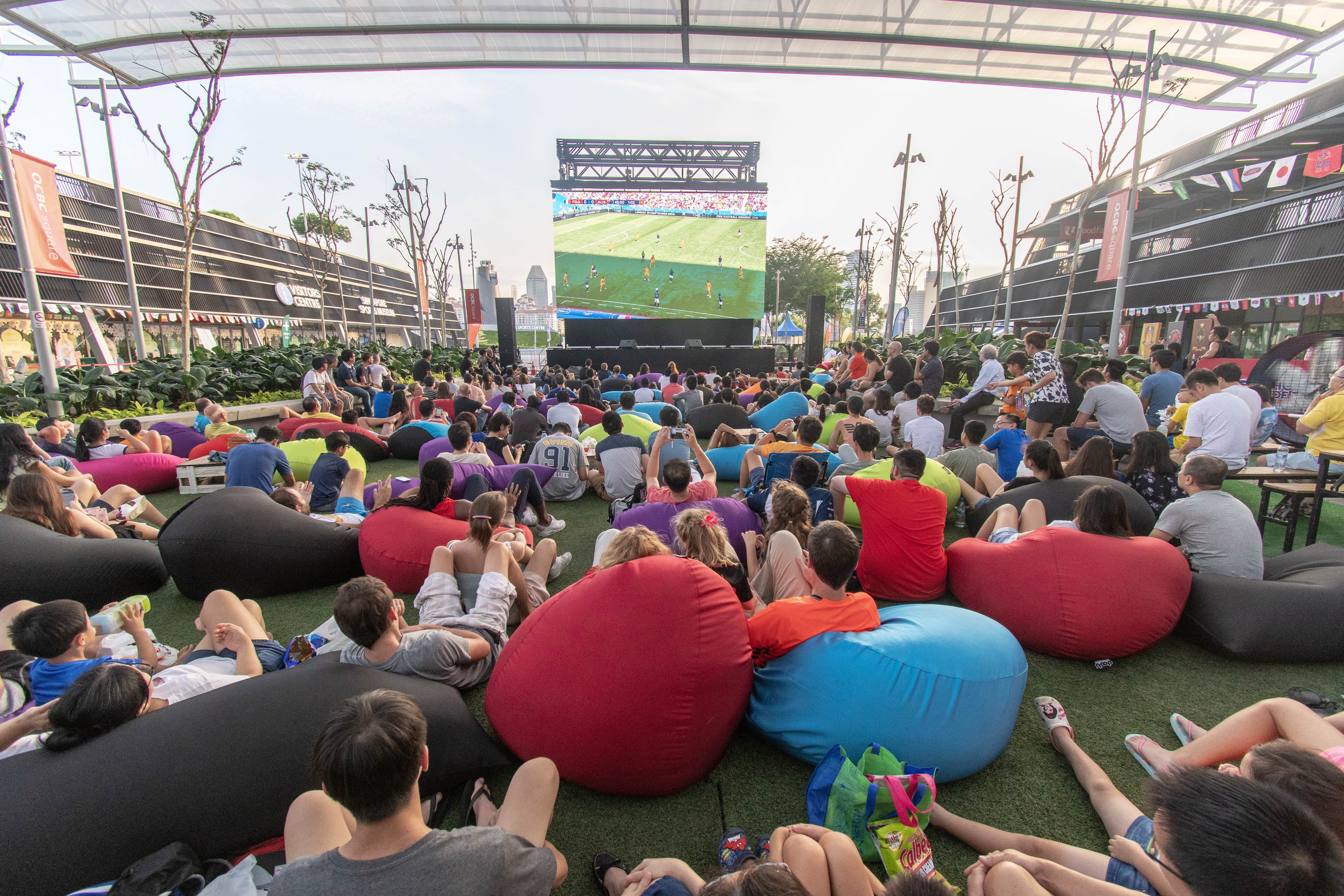 This July, the football frenzy never ends with The Singapore Sports Hub’s Festival of Football, set to bring friends and family together with a shared enjoyment of the Beautiful Game, with fantastic perks to be had and unforgettable memories to be made.

We’re giving away 1 pair of CAT 3 tickets to Paris Saint-Germain vs Atletico de Madrid on 30 July 2018 as part of the Singapore Sports Hub’s Festival of Football! All you have to do is: