This week, Singapore will see a gathering of champions as three of the world’s best football teams descend on our island city for the International Champions Cup Singapore 2018. Get ready for an epic showdown as Arsenal, Atlético de Madrid and Paris Saint-Germain take each other on in three exciting matches at the National Stadium on 26th, 28th and 30th July.

In this article, we’re taking a closer look at French representatives Paris Saint-Germain and what fans can expect from them during their arrival, marking the first time the club will be in Singapore. Paris Saint-Germain was first founded in 1970, and since QSI’s purchase of the club in 2011, has found its stars on the rise to become one of the top football clubs and global sports brands in the world.

In just seven years, Paris Saint-Germain has already won 19 trophies and risen to become the club with the most titles in France, attracting great players including Ronaldinho, Beckham, Ibrahimovic, and currently Neymar, Mbappé, Cavani and Thiago Silva. Now one of the most followed clubs in the world, home matches play to sell-out crowds, and for fans here in Singapore, they’re finally making their way down to play. 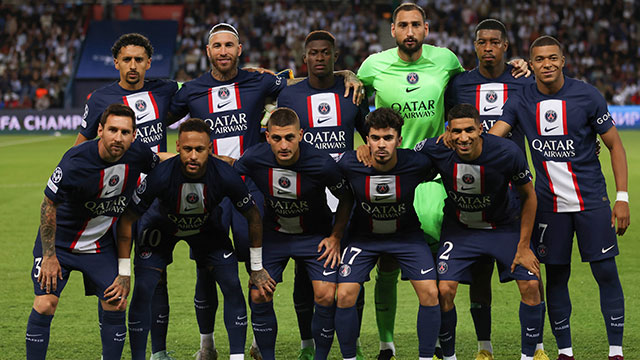 This year, they’re celebrating the official launch of their regional headquarters in Singapore and their upcoming matches at the ICC with a weeklong series of quintessentially Parisian activities, focusing on art, fashion, culture and design to bring out the true spirit of Paris Saint-Germain.

Over the course of the ICC, the Singapore Sports Hub’s OCBC Square will play host to the Paris Saint-Germain Fan Zone, where fans can see the many trophies won by the team up close, meet football legends, take photos and get their jerseys signed. The trophies being brought down will be the Coupe De La Ligue, Coupe De France, Trophee De Champions and Hexagoal from France, and visitors can enjoy these activities together with live music performances and football themed games.

Having just arrived this morning, The team is all ready and will be having their first training session in Singapore later this evening, which we will be covering as well. Here are some shots from their arrival earlier!

Paris Saint-Germain is also here to show they’re ready for the next generation of footballers with a training camp for youth footballers in Singapore from 27th – 30th July at Kallang Field. Here, they will work with the Football Association of Singapore and ActiveSG to conduct various youth training programmes for students of Xinmin Primary School and Westwood Primary School. The team will also be taking time off the pitch to visit children at KK Women’s and Children’s Hospital to brighten up the patients’ day on 31st July.

Fans can also look forward to the launch of the official 2018/19 Jersey exclusively at Dover Street Market as part of the store’s 1st year anniversary celebrations, and will be releasing limited edition merchandise, with a series of exclusive shoes and skateboards designed in collaboration with local designer Mark Ong that will be sold at the venue.

In addition, in true French tradition, various art and photo exhibitions will also be held in conjunction with the team’s arrival, with a collaboration with Mohammad Azlan Ramlan a.k.a. Ceno2 to transform an exterior wall along one of Boat Quay’s iconic shophouses. Also, at Alliance Francaise, a photo exhibition comprising of 46 photographs that celebrates football through the eyes of the fans who make soccer “the beautiful game” is on display till 29th July.

Finally, over at Clarke Quay, the House of Football comes alive as Paris Saint-Germain launches their very first esports challenge at Clarke Quay, as two top FIFA players from France Johan ‘Maniika’ Simon and Lucas ‘DaXe’ Cuillerier will go up against Singapore players, Amraan and Zarate, as well as champions from the wider Asian region.

Says Sebastien Wasels, Managing Director of Paris Saint-Germain Asia Pacific: “Asia has always been the cornerstone of the club’s international development strategy. We hope to leverage our club’s first visit to Singapore and the launch of our Asia Pacific headquarters to build a strong foundation in the region.”

He added: “Through the matches played for the ICC tournament and the series of events we have lined up to celebrate the occasion, we hope to bring the club closer to the local community while at the same time continue to engage with our fans and partners in the region.”

0 comments on “Paris Saint-Germain – Road To ICC 2018: Celebrating Their Arrival and Official Launch of Regional HQ”