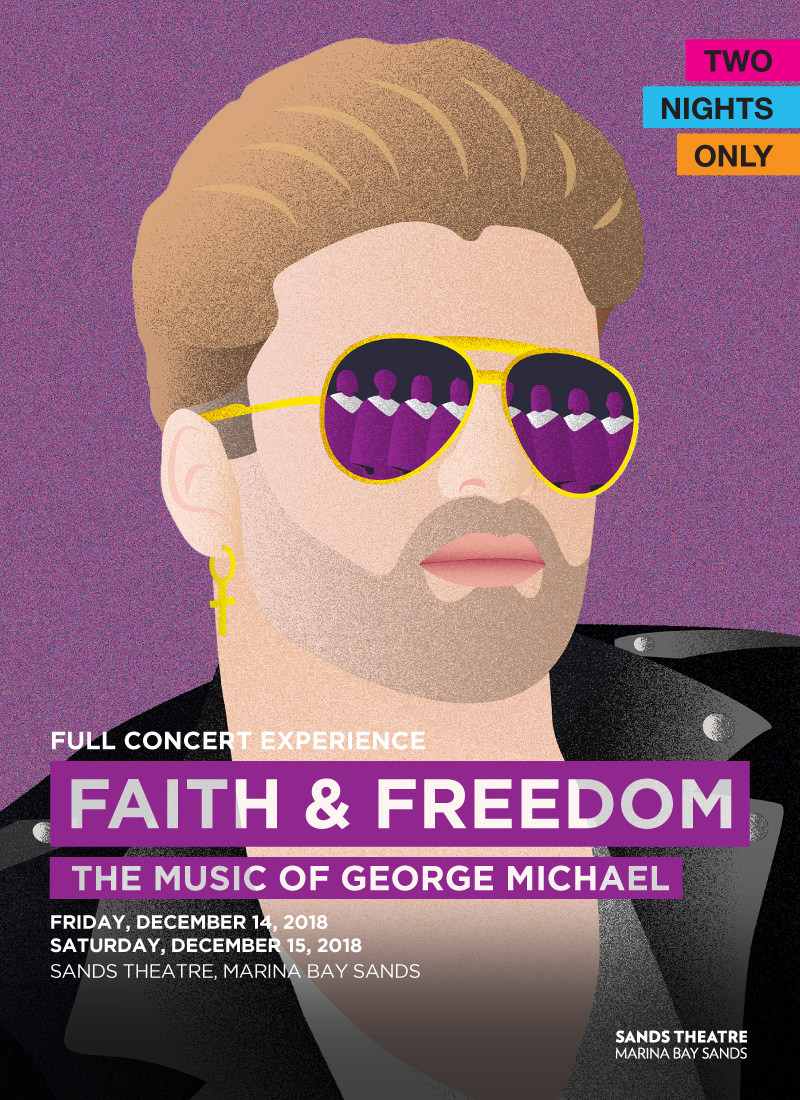 In Faith & Freedom, the George Michael story is brought to life in a fully-narrated concert that will feature a full orchestra and choir, as they perform some of his greatest hits and duets that George performed with the likes of Aretha Franklin and Elton John. George Michael will be played by Perth male vocalist and head of Contemporary Voice at the West Australian Academy of Performing Arts Matt Allen, as well as three of Western Australia’s brightest talents. Together, they will be supported by a full choir featuring some of Singapore’s best freelance talents, and an orchestra led by award-winning Australian conductor Jessica Gethin, as the entire team reimagines and elevates his works to its full glory on beloved songs from Faith to Careless Whisper, Freedom to I’m Your Man.

There’s nothing quite as beautiful as seeing a song be given the respect, dignity and platform to become all that it deserves to be, and in Faith & Freedom, the songbook of George Michael will get all that and more as the Sands Theatre and BASE Entertainment Asia come to celebrate the legend and the icon in this extraordinary two night only concert experence.

0 comments on “Preview: Faith & Freedom – The Music of George Michael by BASE Entertainment Asia”