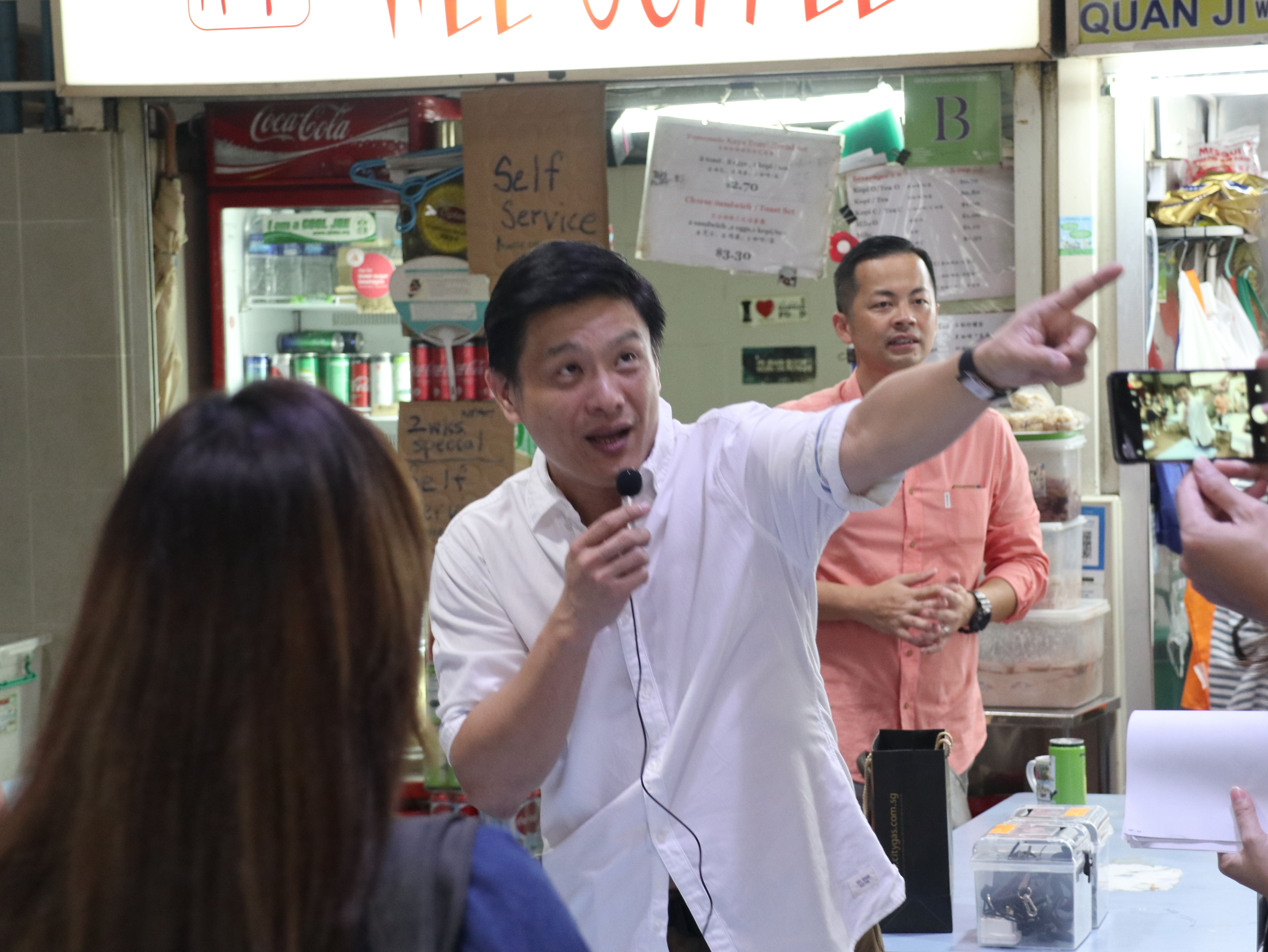 The Singapore Food Festival has rolled around once again, and of course, we’re more than happy to celebrate anything to do with food. This year, City Gas and the Singapore Tourism Board return to collaborate on the fourth edition of Hawker Spotlight, as they showcased Amoy Street Food Centre, perhaps one of the favourite and convenient hawker centres in the CBD affordable yet delicious bites. 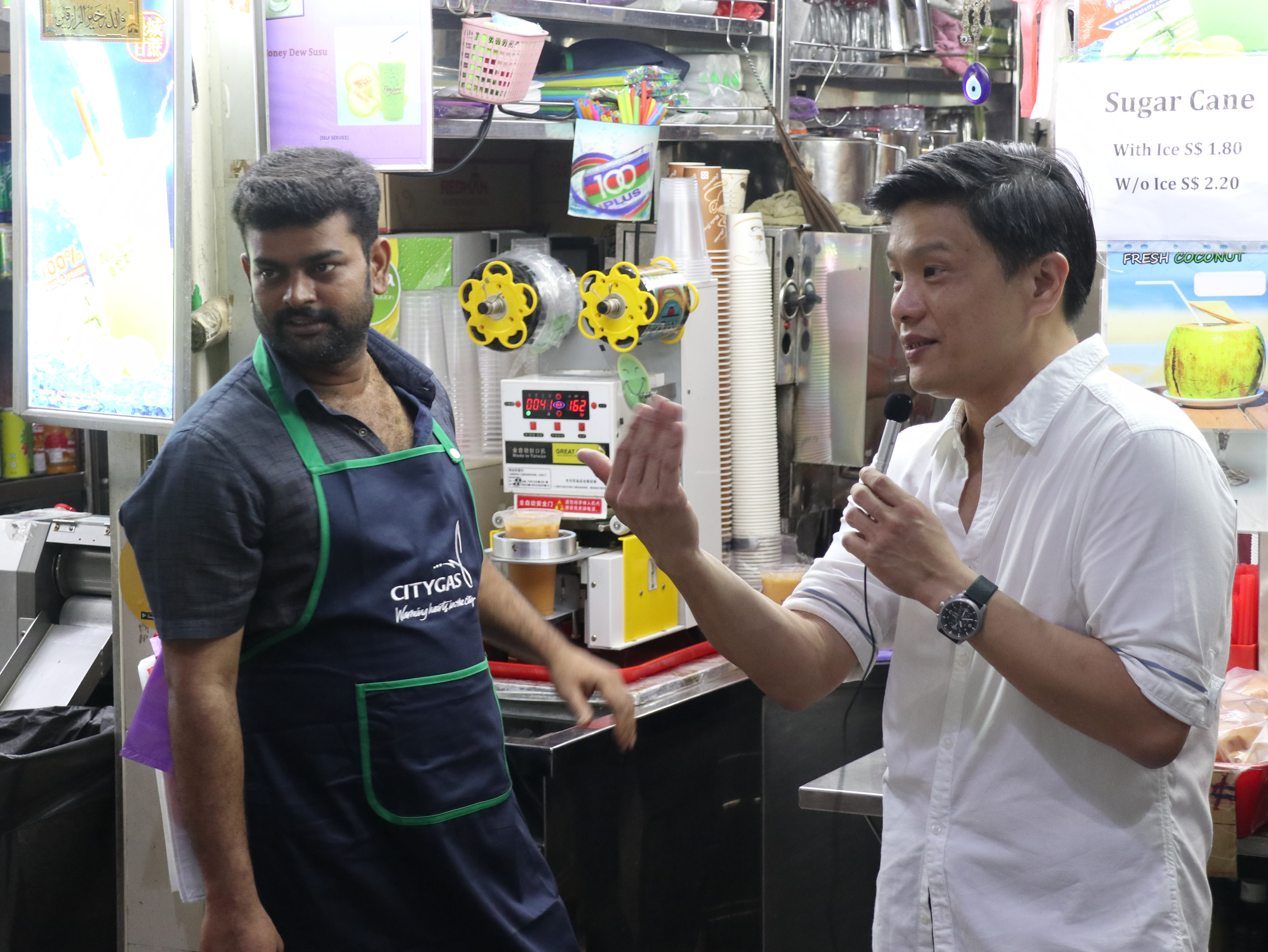 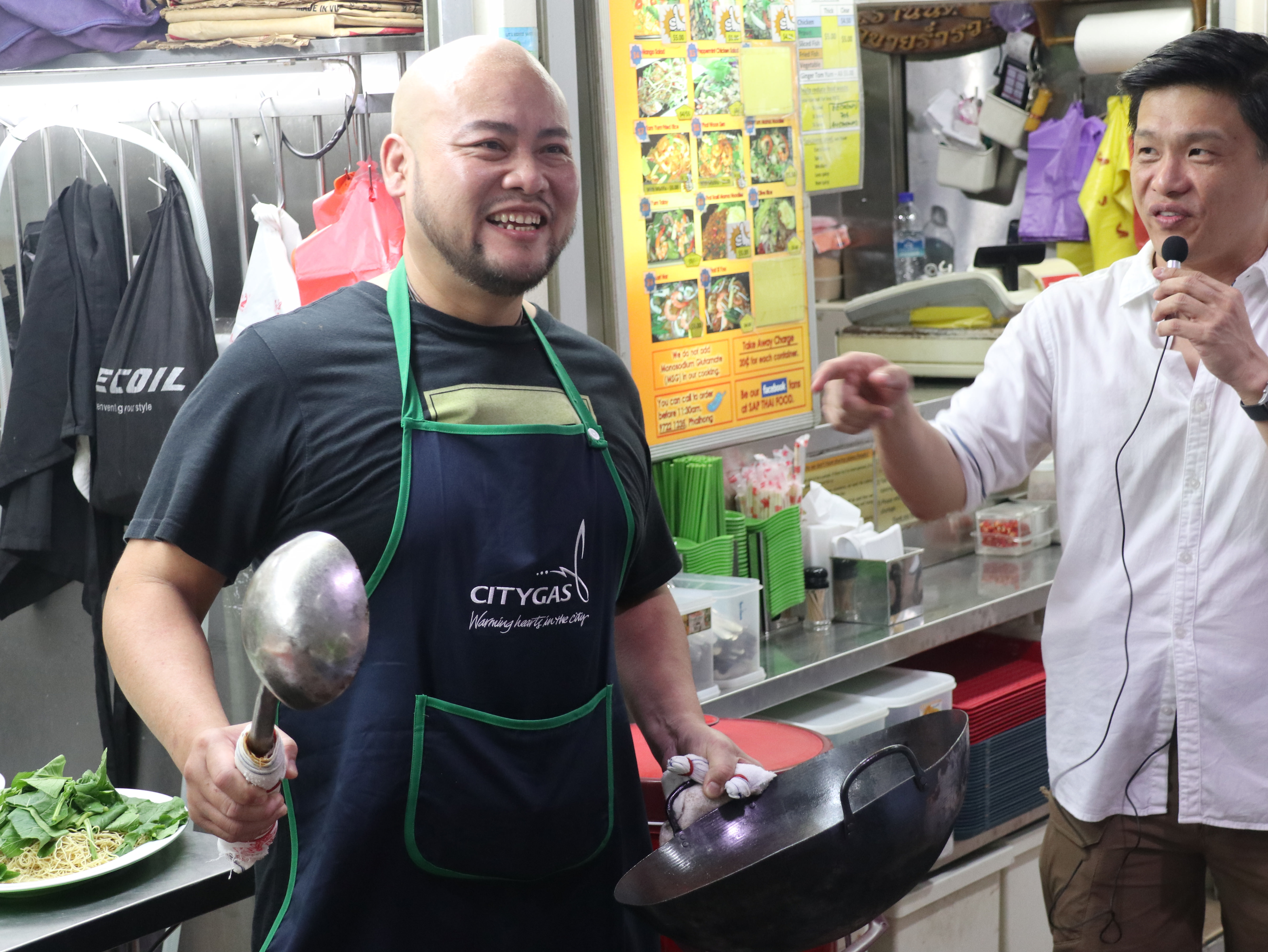 At the hawker showcase, we were introduced to some of the most unsung heroes of all – the second and third generation hawkers continuing their family’s tradition, an unusual career choice in today’s landscape, considering the sheer amount of work that has to go into it, and are certainly the backbone of our homegrown culinary heroes today. 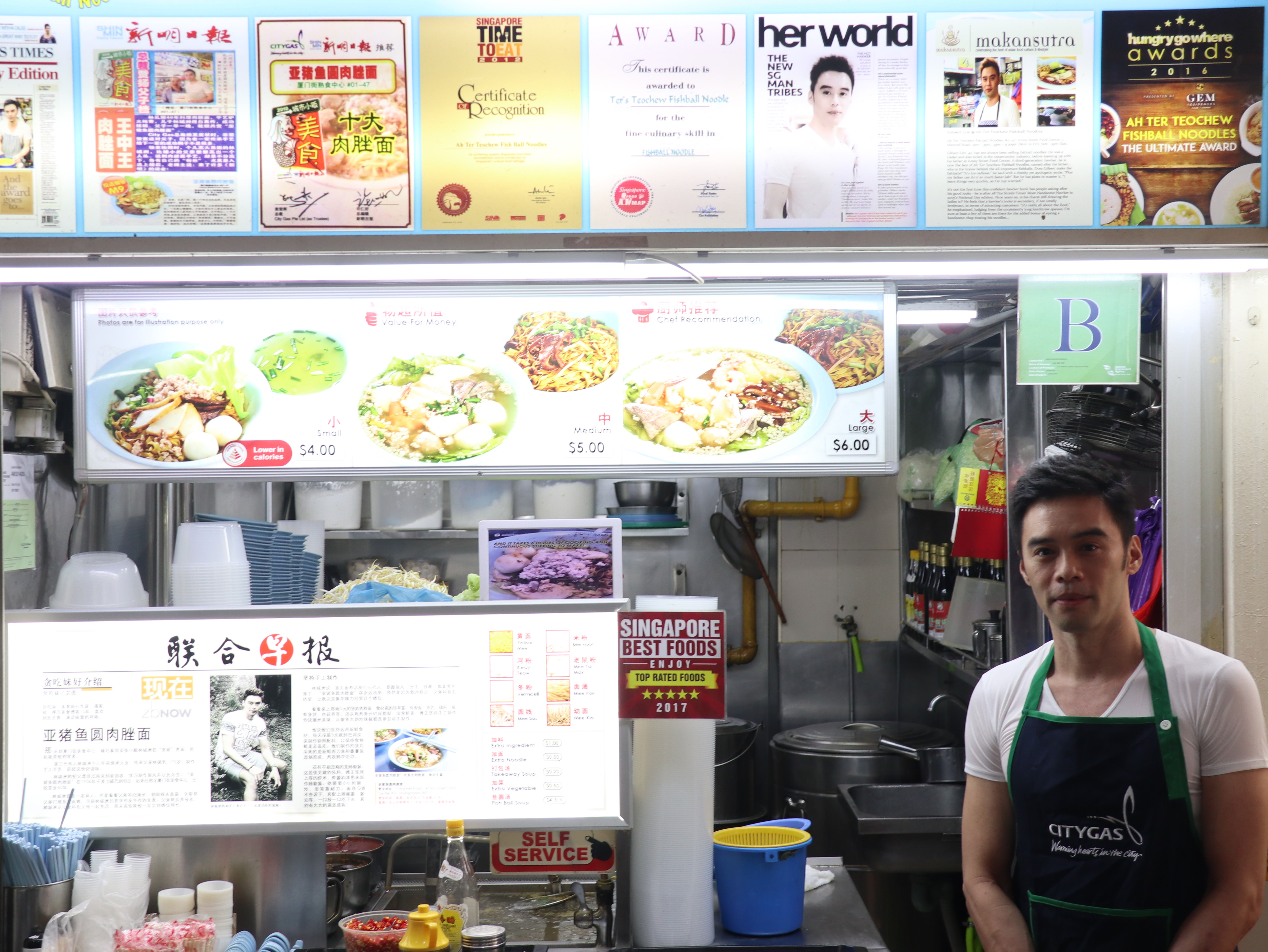 We were brought around Amoy Street by Dr Leslie Tay of food blog ieatishootipost, coming across a total of five heritage hawker stalls. We started our trail with Ah Seng (Hai Nam) Coffee (#02-95), known for its charcoal-toasted kaya bread. This stall was originally opened by a merchant selling Chinese teapots and in the sea trade. A migrant from Hainan, he began by helping his parents while the stall was still at Lau Pa Sat in 1964. A decade later, he took over, and moved to Amoy Street Food Centre in 1997.

Today, the stall is run by his son Ah Seng, and is assisted by his wife and son. The stall is best known for whipping up a proper breakfast, making fragrant traditional Hainanese coffee complemented with handmade charcoal-toasted kaya bread and two fresh hard-boiled eggs. Over the years, the family has always stuck to tradition and puts 100% effort and care into every aspect of their dishes, making their kaya spread by hand, grinding coffee beans on their own, and serving everything upon order. It’s no wonder then that they’re always enjoying such long queues at breakfast. 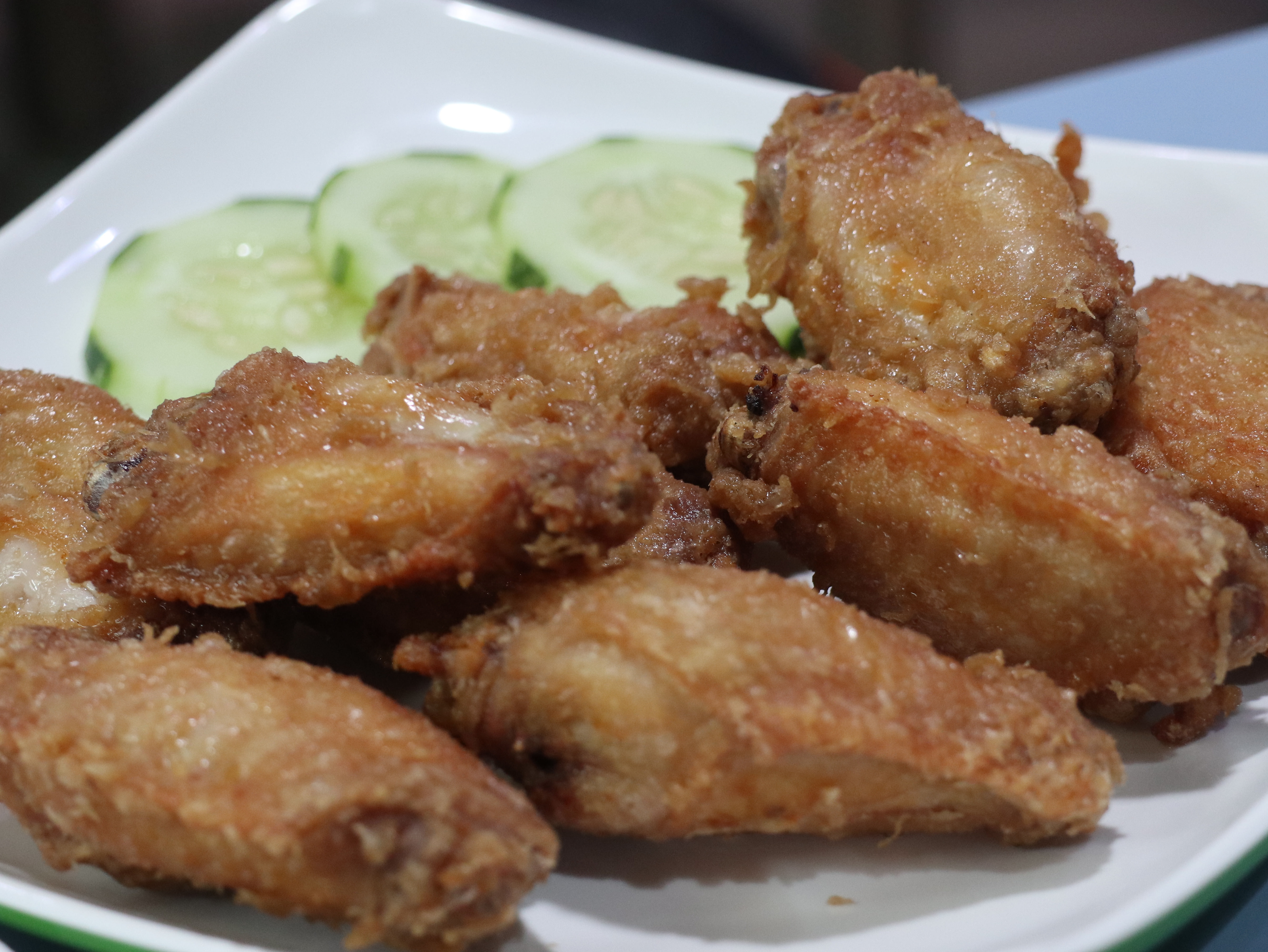 We then visited Quan Ji (#01-56/57), a tze char stall currently helmed by third-generation hawker Mr Tony Liew. Taking over from his father in 2004, this stall has a very long history behind it, originally started in Hong Kong Street in 1965 by Tony’s grandfather, before it relocated to Carpenter Street and finally, its current home in Amoy Street Food Centre. Today, Tony mans the stall with the help of his father and a helper, still holding on to its heritage by insisting on using his grandfather’s recipes. The stall offers up over 20 types of dishes, and can even accommodate special orders so long as the ingredients are available. Their specialities include crispy noodles, stir fried kway teow, fish head beehoon and prawn paste chicken (har cheong kai). 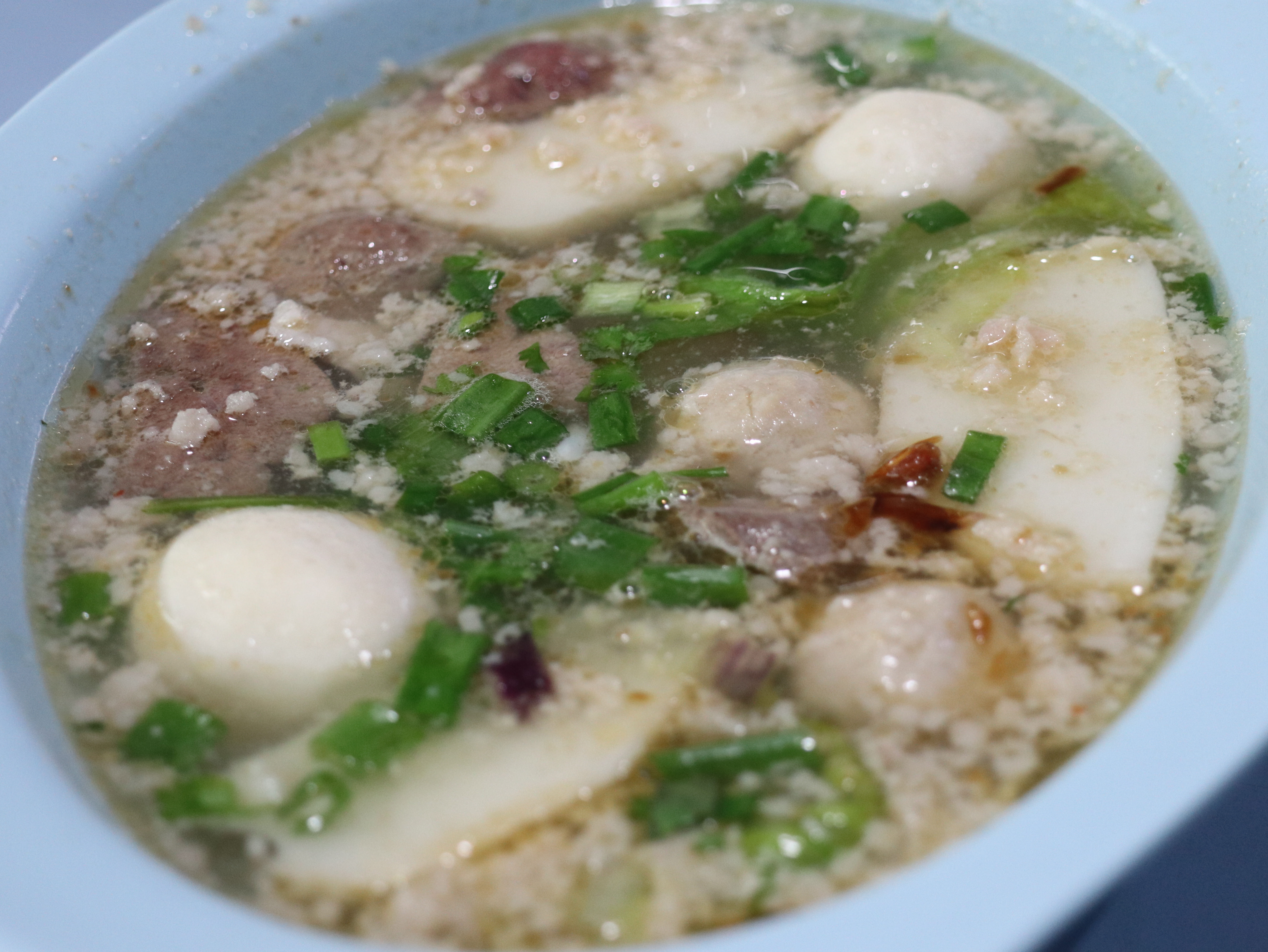 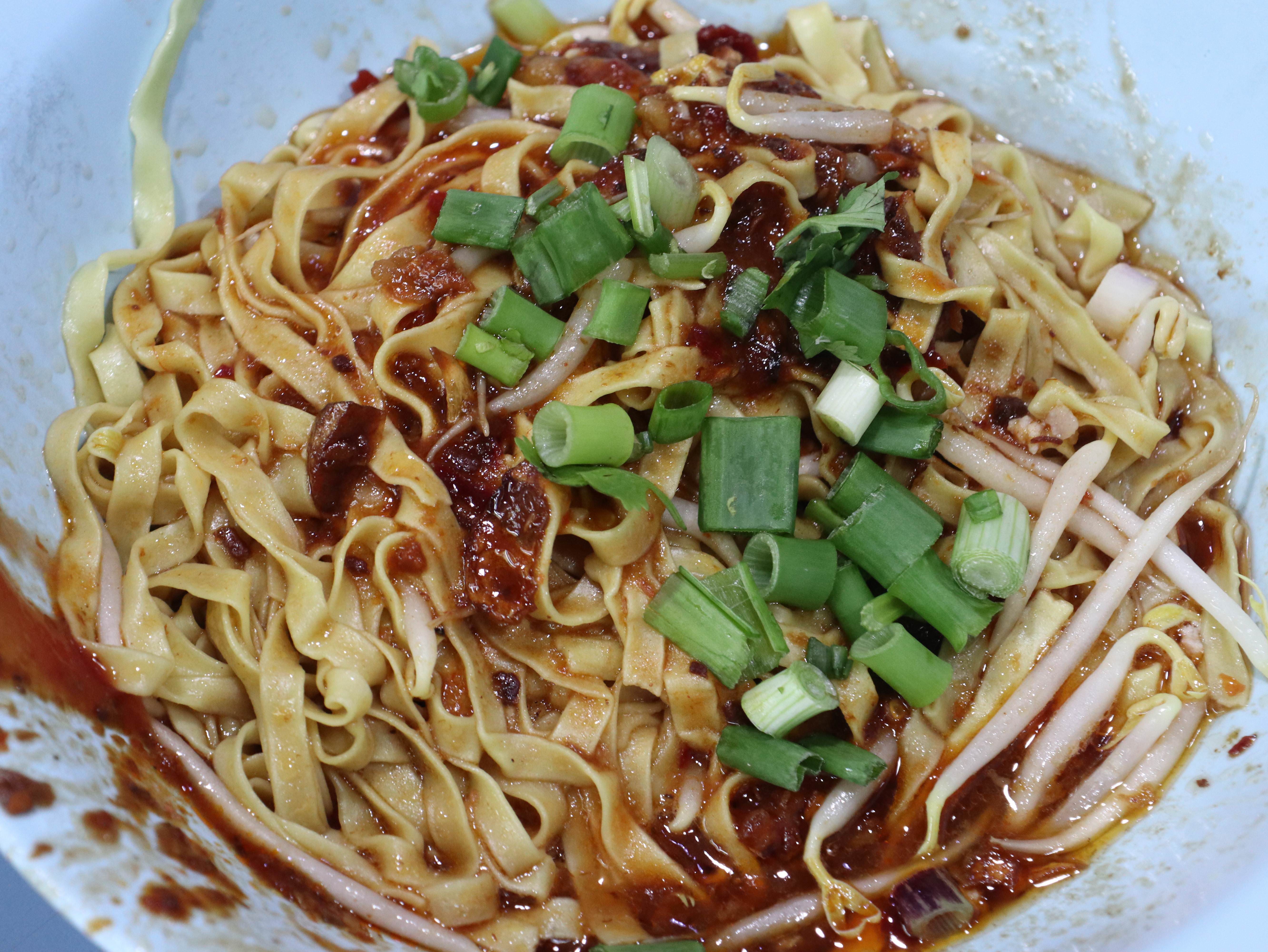 Next up was Ah Ter Teochew Fishball Noodles (#01-14), one of the rare shops which still makes fishballs by hand. This stall was started by current stallowner Mr Gilbert Lim’s grandfather, who was a migrant to Singapore back in the 1950s. Starting off by making fishballs for a living, he eventually opened a food stall at Maxwell Food Centre in 1958, before relocating to Amoy Street Food Centre in 2003. Gilbert gave up his career as a trader more than ten years ago and became a third generation hawker, continuing to serve up fishball noodles with their signature handmade fishballs, while the rich soup is brewed with pork ribs, and the chilli is made with quality dried shrimps, onions and prawn paste, making for a fulfilling meal. 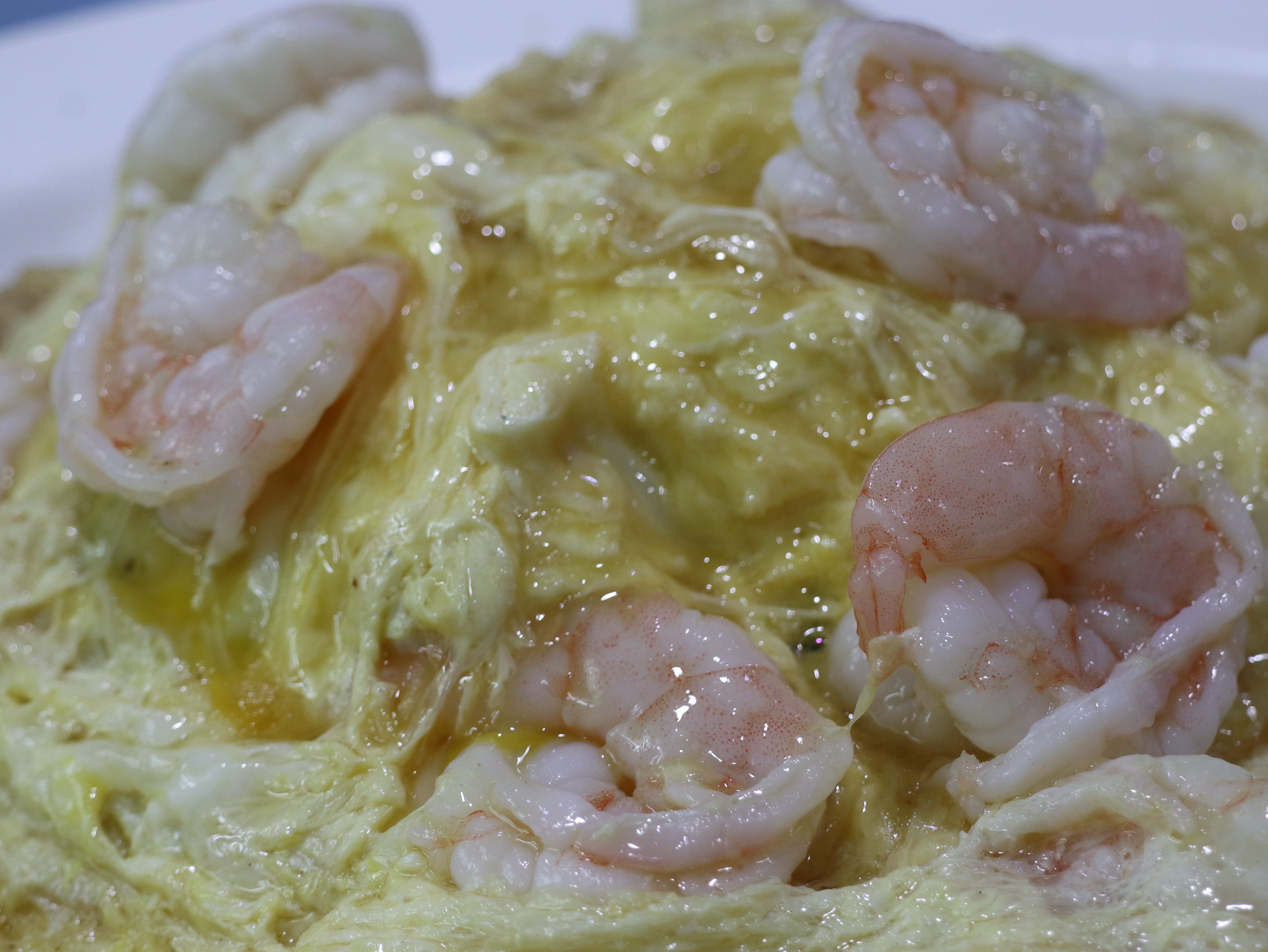 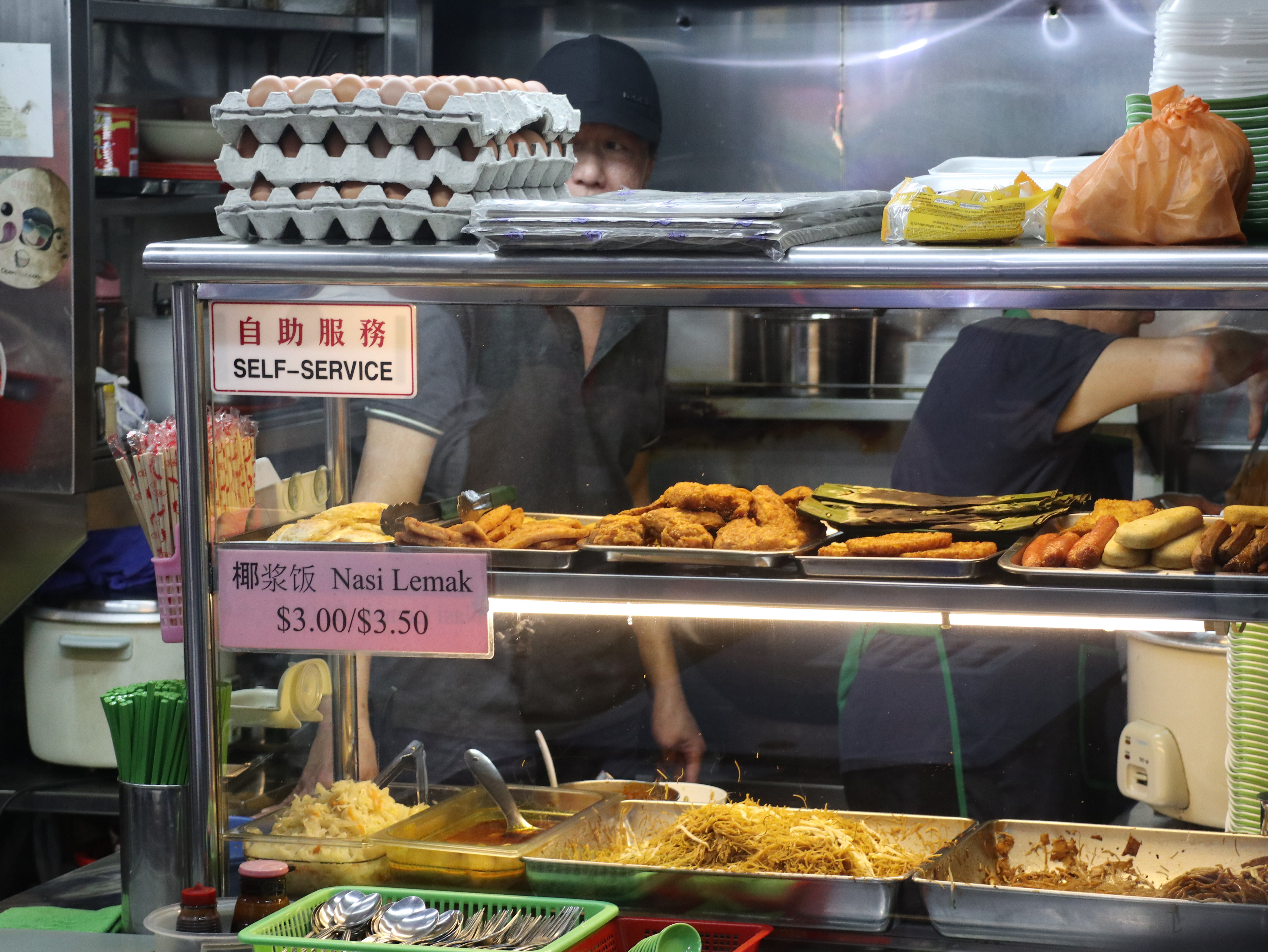 We then moved on to Hai Ji (#01-61), a second-generation stall hawking economic bee hoon and nasi lemak. Hai Ji began as part of the pioneering batch of hawkers at Amoy Street Food Centre in the 1980s, but even before that, the late Mr Kor Ah Ji operated as a street hawker along the Singapore River. Today, it continues to be run by his two daughters who cater to the bustling crowds at both breakfast and lunch. Customers are spoilt for choice, given the wide variety of dishes they serve up, consistently providing the same quality and standards for years. 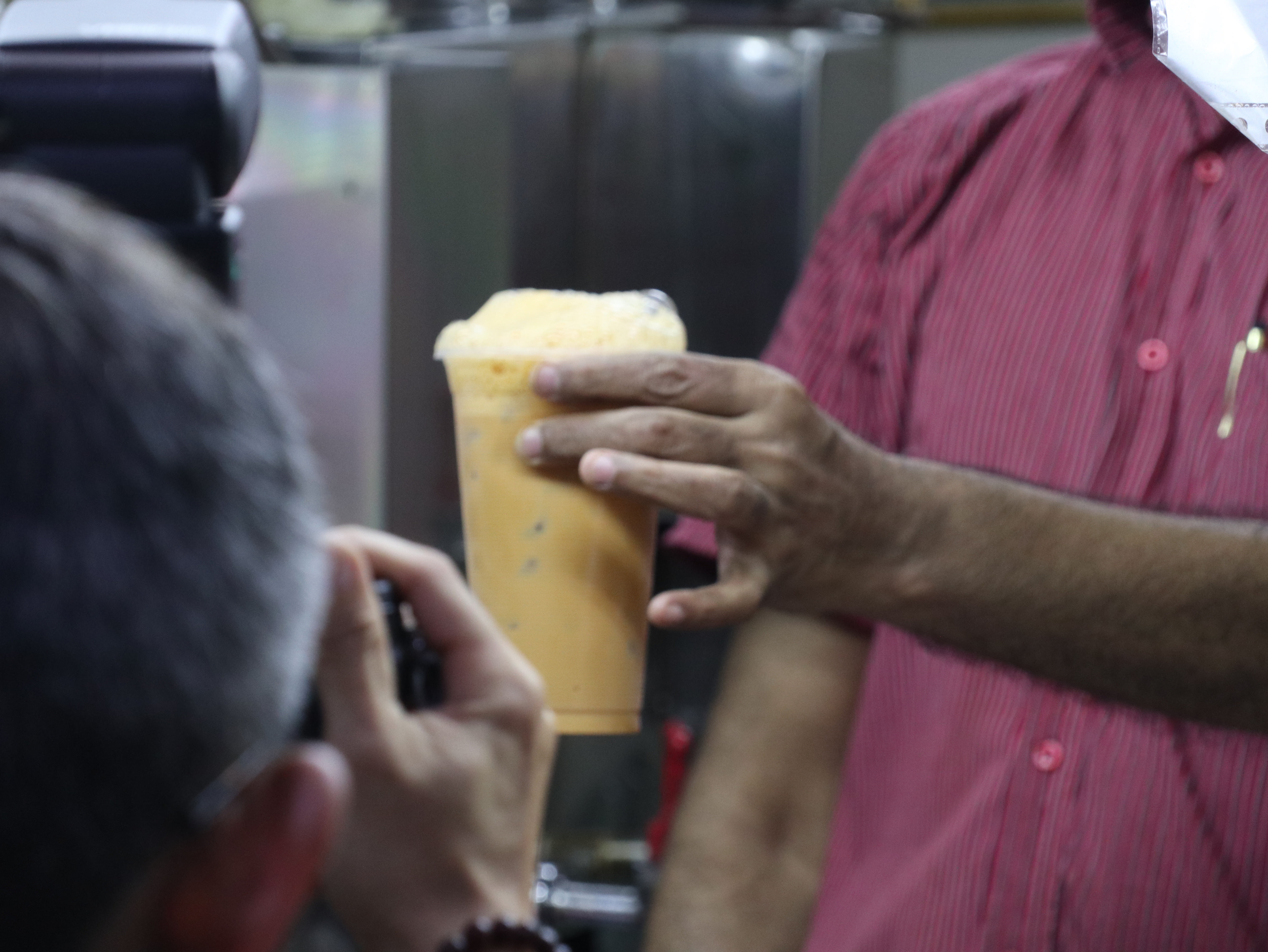 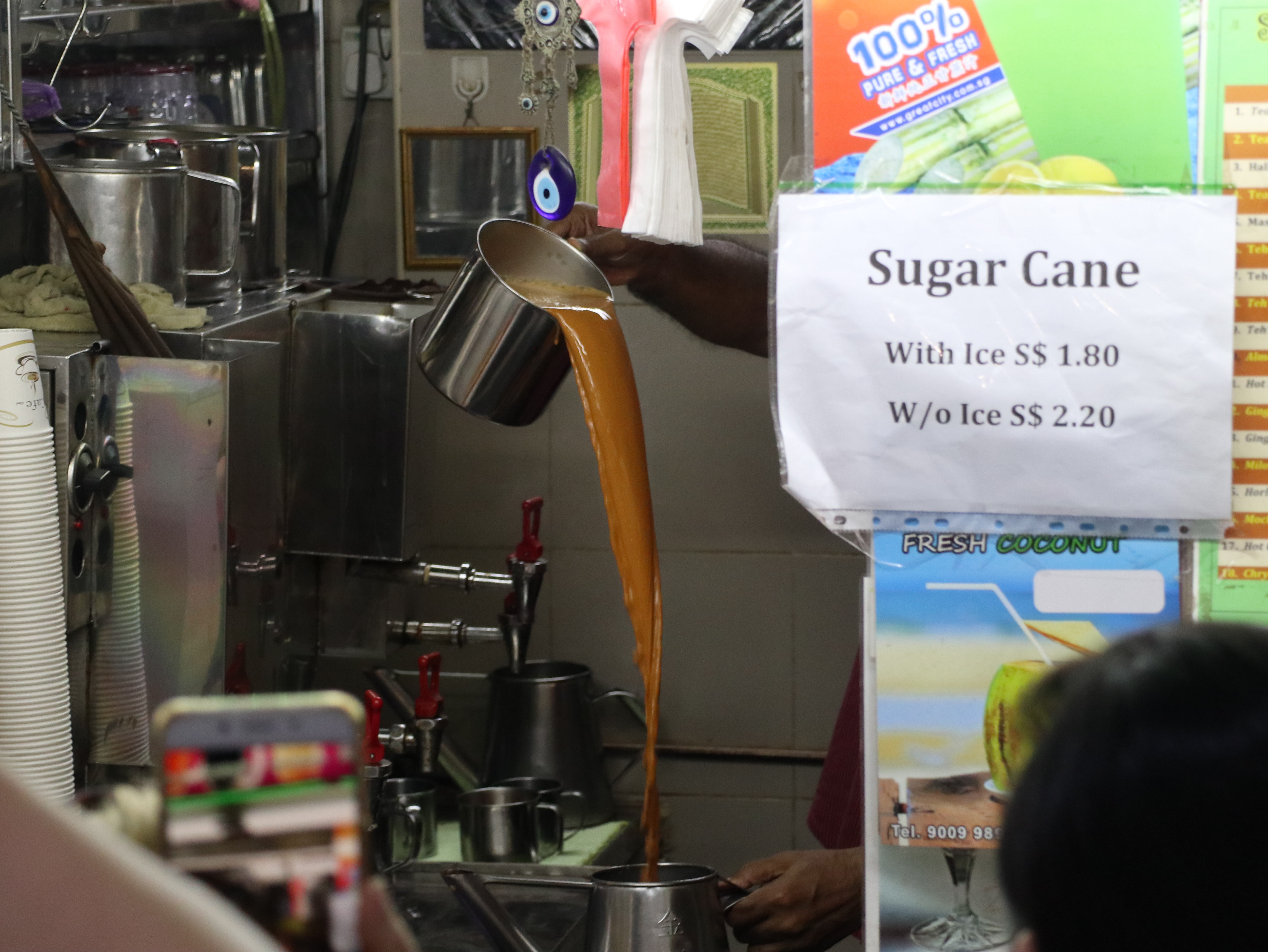 Finally, we ended off with Syed Mohammed Drinks (#01-66/67), known for its teh halia, teh tarik, and homemade iced lemon tea. Named after the late Mr Syed Mohammed, the stall has since passed on to his son Mr Furkhan Ali. Originally, the entire family used to sell drinks 45 years ago near the old Criminal Investigation Department, eventually moving to Amoy Street Food Centre after the 2003 renovation. Mr Ali mans the stall with the help of his son Mr Nizam, and continues to serve up thirst-quenching drinks, perfect for thirsty workers at the start and end of the day. The stall sells a variety of over 25 beverages, including the most popular items of the gingery teh halia, Teh Tarik, and refreshing homemade iced lemon tea. 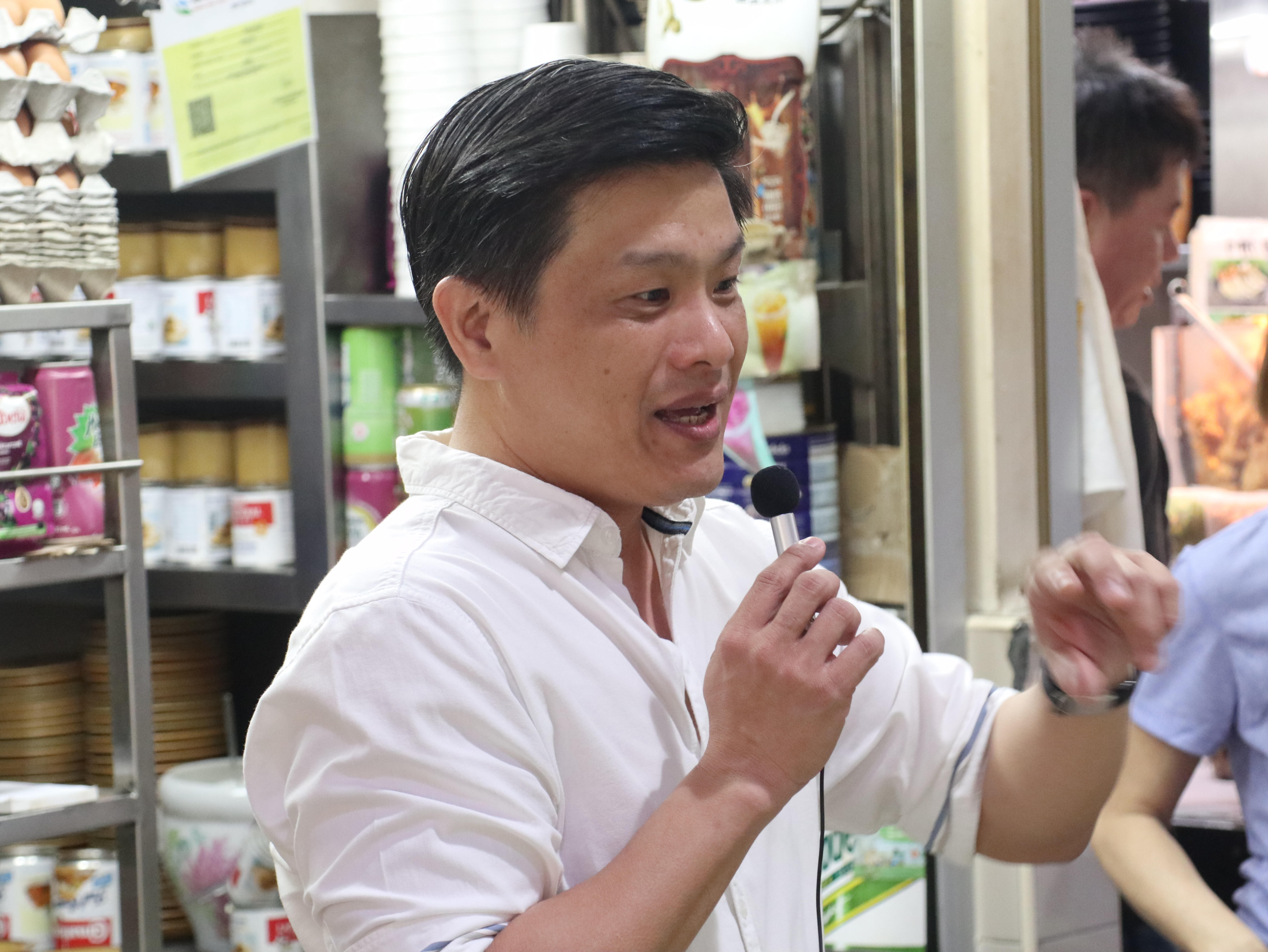 to further new visitors to the food centre, members of the public can pick up exclusive Hawker Spotlight booklets to enjoy discounted hawker meals at Amoy Street Food Centre while stocks last at the City Gas Gallery located at 8 Cross Street, Level 2. The booklets are also available at Singapore Visitor Centres located at ION Orchard, Orchardgateway and Tourism Court. 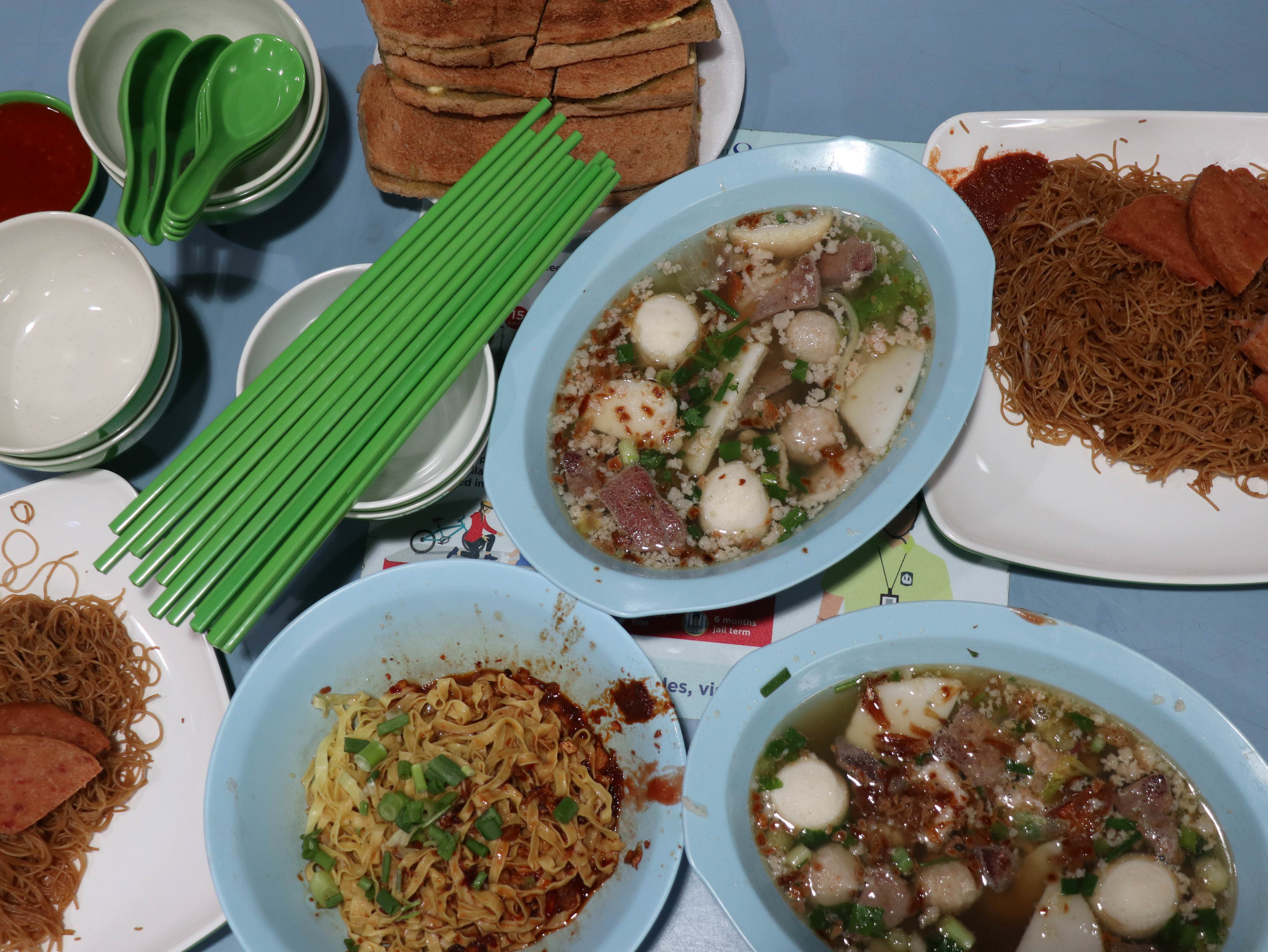 Says Mr Kenny Tan, Chief Executive Officer of City Gas: “Without heritage hawkers, the traditional ways of preparing our local delicacies may have been long forgotten. We are certainly pleased to once again work hand in hand with the Singapore Tourism Board to raise public awareness of the value of our hawker food heritage beyond local foodies and to the international audience.”

Bearing witness to the hard work that these hawkers have put into honing their craft and mastering the art of local cuisine, we cannot help but feel awed by our vibrant local food scene, and thankful once more that there have been hawker heroes that continue to dedicate their live to the art and craft of making good food each day of their lives.