Museums: ‘Japanese Connections – The Birth of Modern Décor’ at the Louvre Abu Dhabi 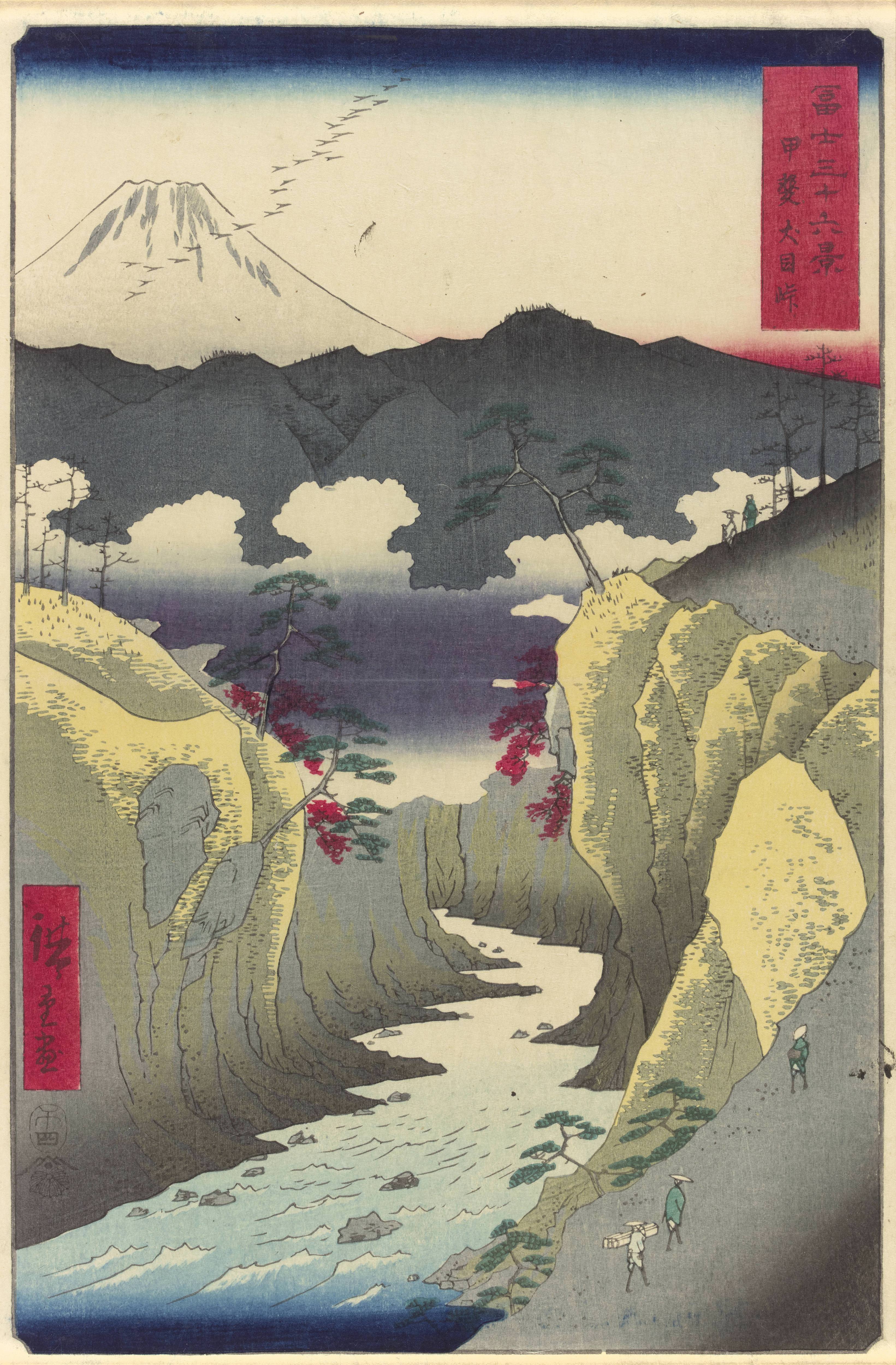 Marking the first exhibition for the museum’s 2018 autumn season, the exhibition will display 19th and 20th century paintings, prints and screens that highlight cultural dialogues between Japan and France, and the important influence of the colourful ukiyo-e aesthetics on modern decorative arts. A total of 41 artworks and 15 documents by 12 artists will be presented, including works from French artists Paul Sérusier, Pierre Bonnard, Maurice Denis, Ker-Xavier Roussel, Édouard Vuillard who made up the renowned Nabis group of artists; Marguerite Sérusier and Odilon Redon; and five Japanese ukiyo-e masters: Katsushika Hokusai, Hara Zaimei, Utagawa Hiroshige, Kano Tanshin and Toshusai Sharaku. 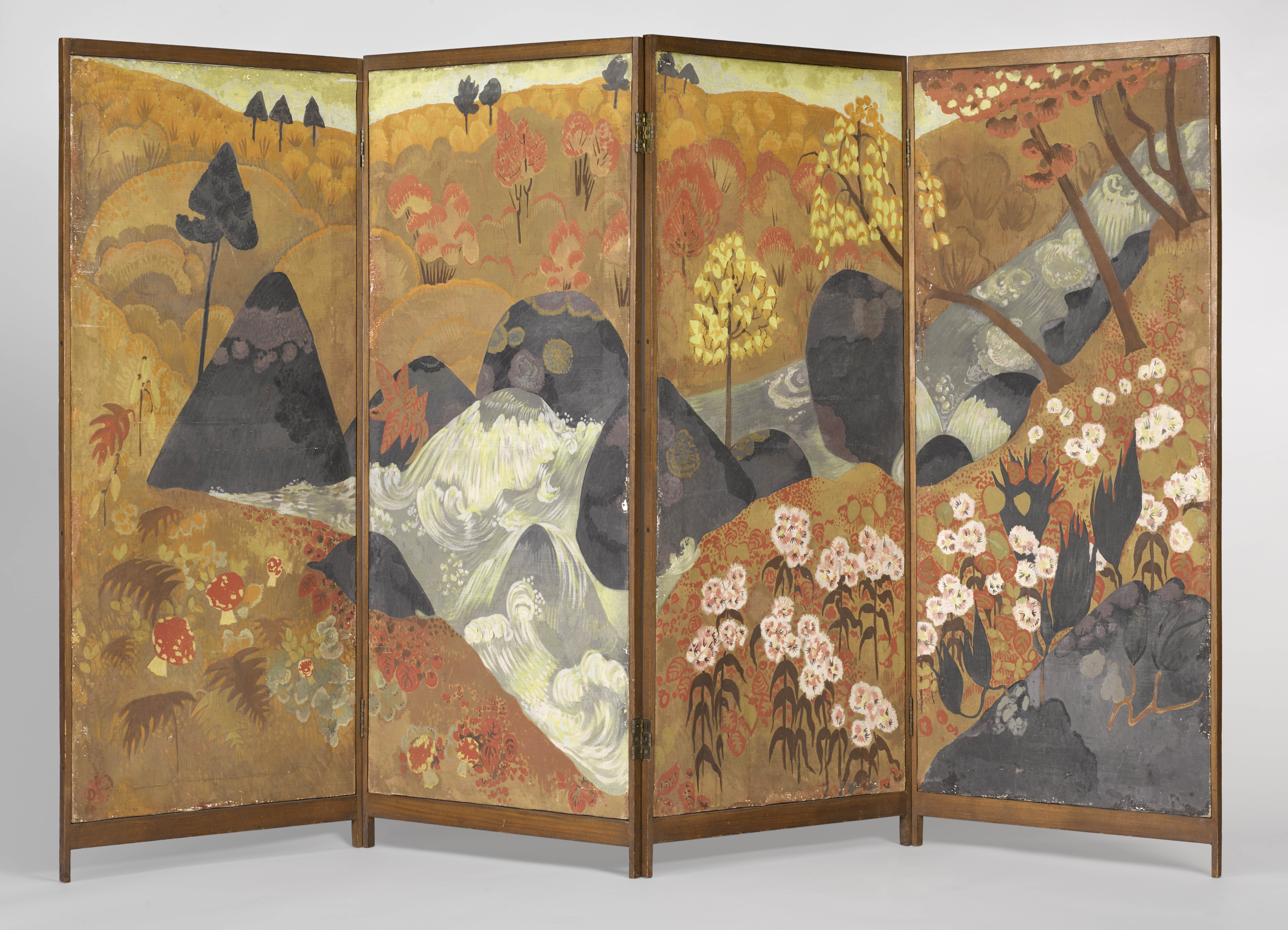 The exhibition is significant as it recalls how in 1853, Japan’s trade opened to the West for the first time in 220 years, giving rise to a deep fascination with Far Eastern aesthetics that lasted in Europe for fifty years, with a particular focus and obsession with woodblock prints and paintings in the iconic ukiyo-e style, which influenced some of Europe’s most renowned painters.

Says curator Isabelle Cahn: “By bringing this exceptional selection of works together, ‘Japanese Connections’ traces the fundamental contribution of Japanese aesthetics to the development of decorative principles of modern painting in France at the end of the 19th century. Presented for the first time in an exhibition, this dialogue between East and West celebrates creativity and cross-cultural inspiration between the Ukiyo-e artists and the Nabis painters through a coloured, vibrant and refined expression.” 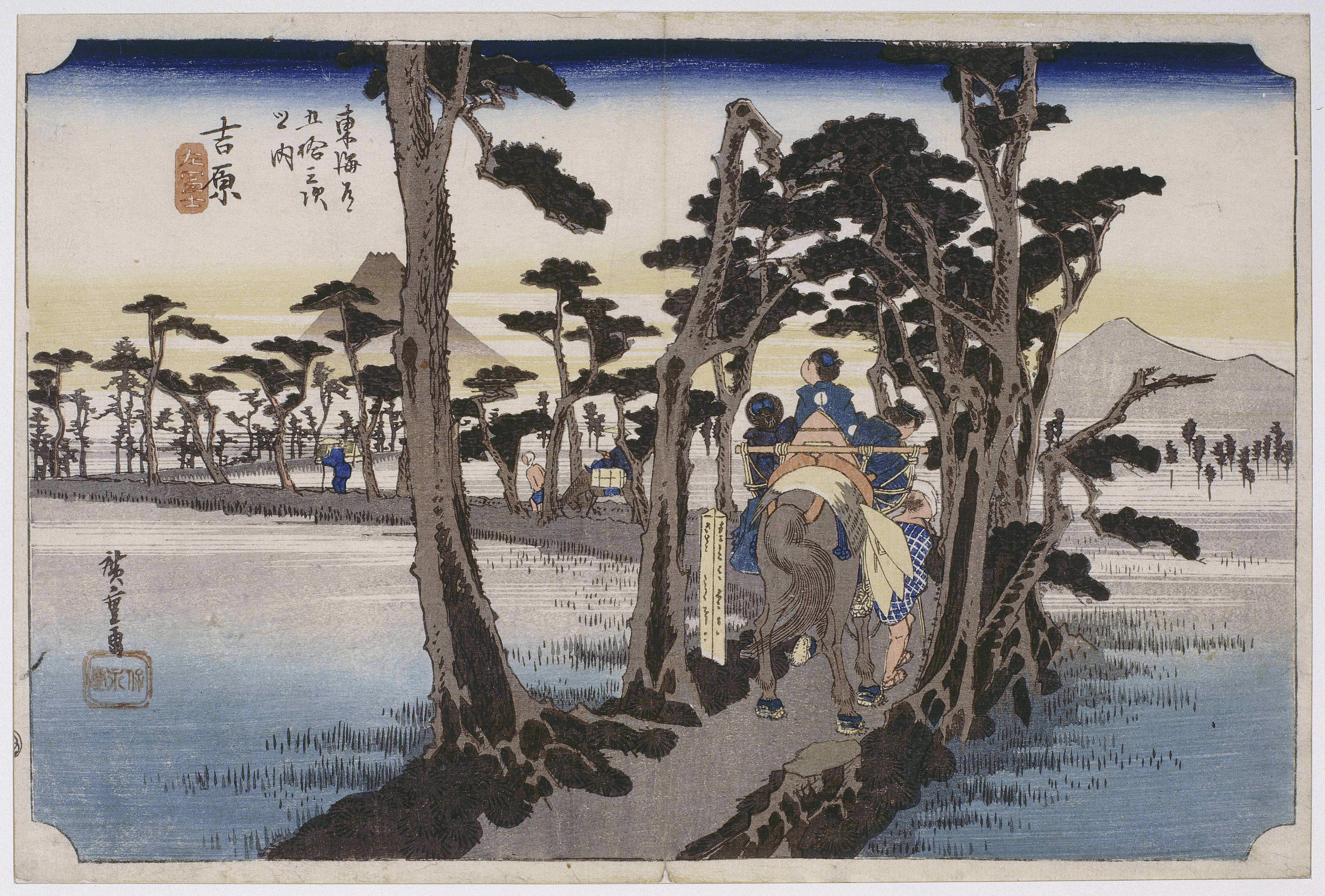 The exhibition is divided into four sections that illustrate the influence of central ukiyo-e aesthetic principles, including representing the concept of ‘the floating world’, where the world is presented in two-dimensions without using illusions of perspective; narrative compositions that show the passing of time; innovative use of folding panels for storytelling; and symbolic refinement exploring intellectual, dreamlike and spiritual ideas. 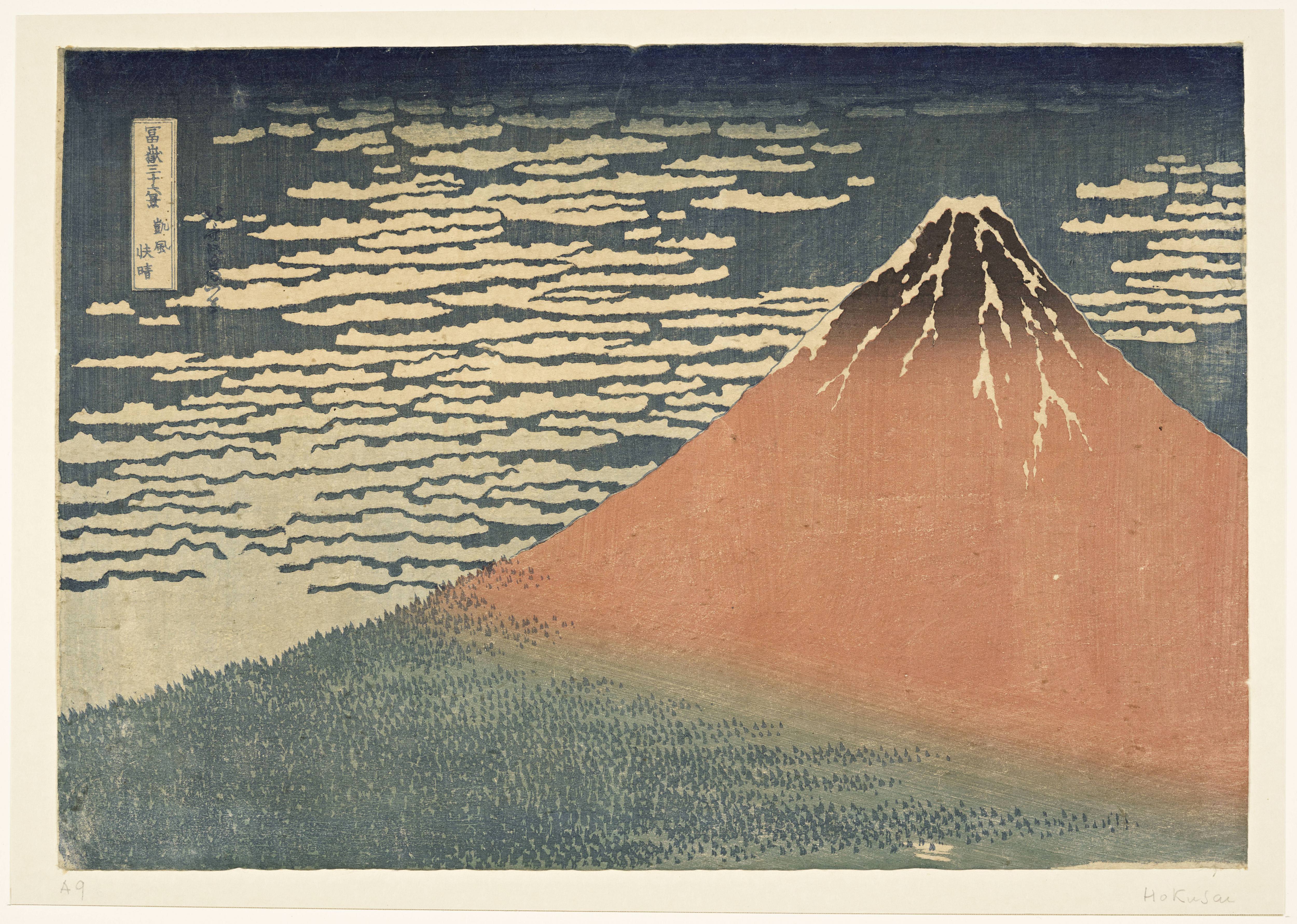 Some of the works presented include South Wind, Clear Sky from the series Thirty-Six Views of Mount Fuji (1831-32) and Yôrô Waterfall in Mino Province (1830-1834) by Katsushika Hokusai, the most renowned ukiyo-e master; as well as works from France such as Édouard Vuillard’s Public Gardens (1894) and Pierre Bonnard’s folding screen Nannies Promenade, Frieze of Carriages (1897).

A series of public programming will be presented alongside the exhibition, which will be celebrating the arts and culture of Japan. These include curatorial talks and a ‘Big in Japan’ festival on October 26th and 27th, which will feature DJs, spoken word poetry, screenings of Studio Ghibli anime films and Japanese cooking classes. In addition, the exhibition will see the setup of The Manga Lab, a creative and experimental space for teenagers and young adults will offer a variety of entertaining experiences to explore contemporary Japanese culture, including virtual reality, retro arcade gaming, a graffiti and expression wall, a chill-out reading area, and a series of masterclasses and workshops about Manga and graphic art. 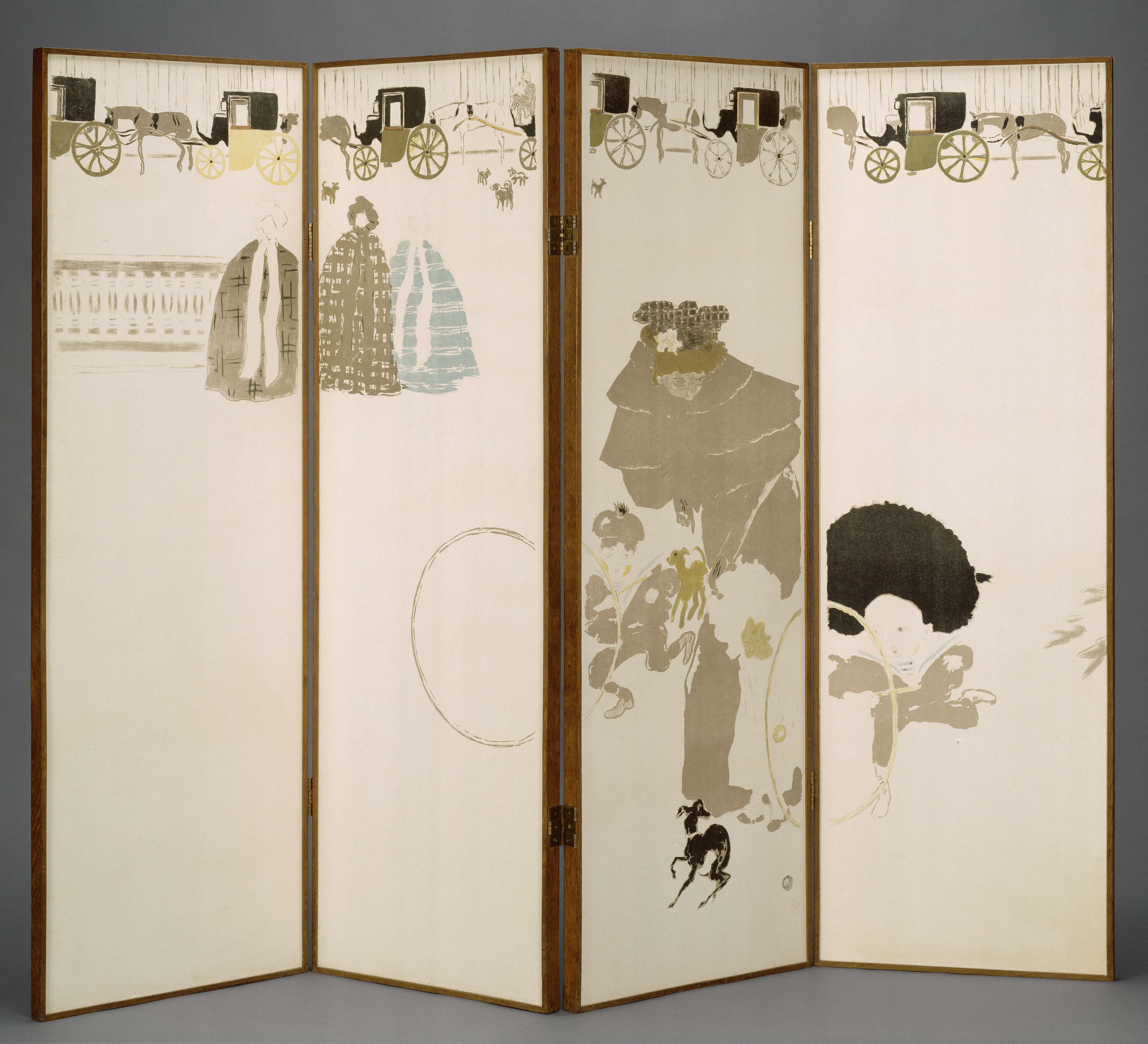 Says Louvre Abu Dhabi Drector Manuel Rabaté: “Louvre Abu Dhabi’s ethos celebrates cultural connection, dialogue and exchange, and this approach is intrinsic to our curation throughout the permanent galleries and international exhibitions. ‘Japanese Connections’ will shine a light on one significant moment of exchange and inspiration; these moments open our eyes to the interconnected history of human societies, nurturing shared understanding.”

‘Japanese Connections’ will be on display from 6 September until 24 November, with tickets included in entrance to Louvre Abu Dhabi.