A number of potential stars emerge from the latest batch of SRT’s The Young Company.

First performed by the National Youth Theatre of Great Britain in 2016, the Singapore Repertory Theatre’s The Young Company takes on James Fritz’s The Fall for their graduation showcase. 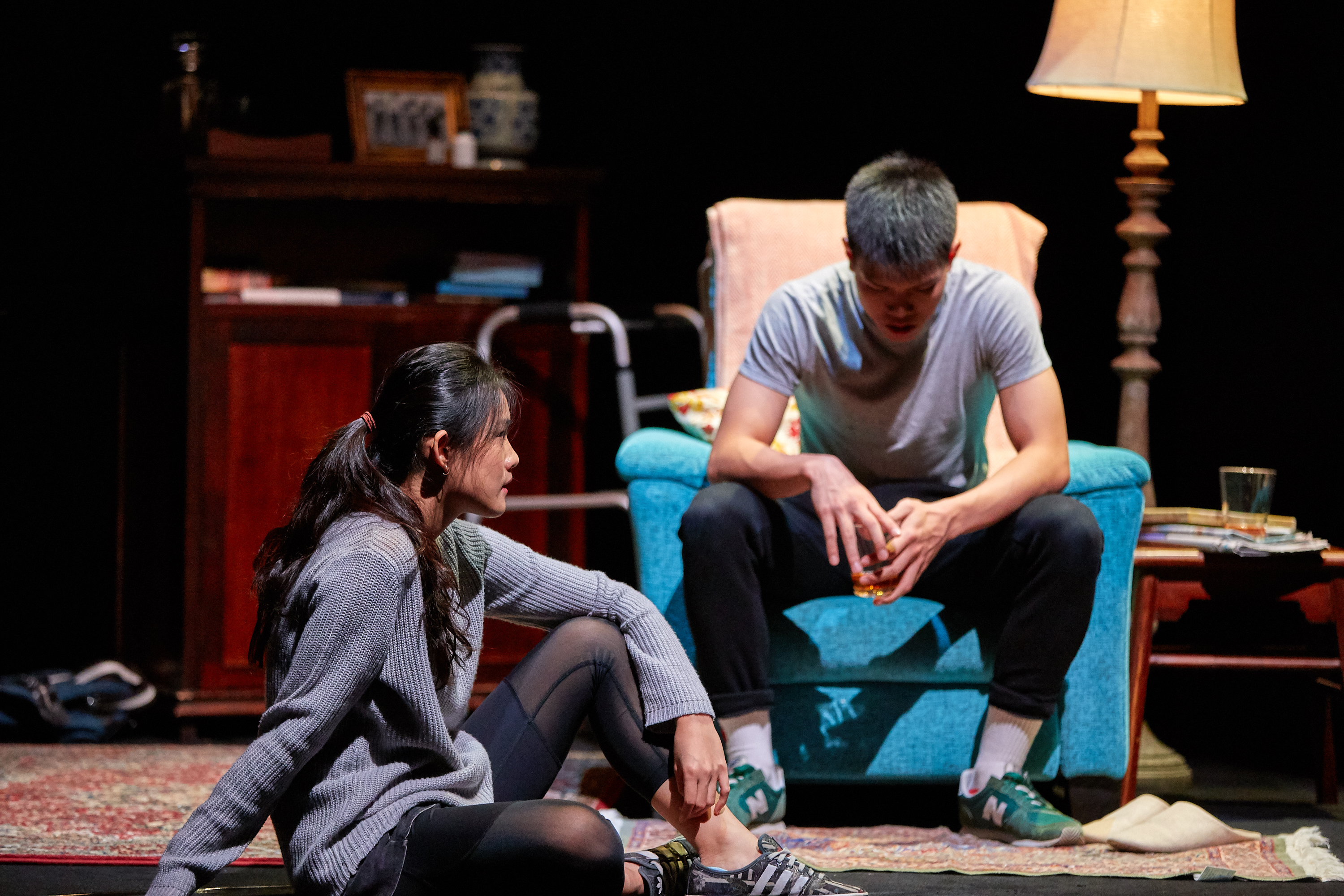 Directed by Daniel Jenkins, The Fall follows the life of a man in three acts as he goes through young love, adulthood and old age, encountering mortality in others and eventually, himself as he moves ever closer to the prospect of death. Each of these acts come saddled with a deliciously dark twist, ranging from a dead body to a murder plot, keeping audiences constantly on their toes for the whiplash to come. 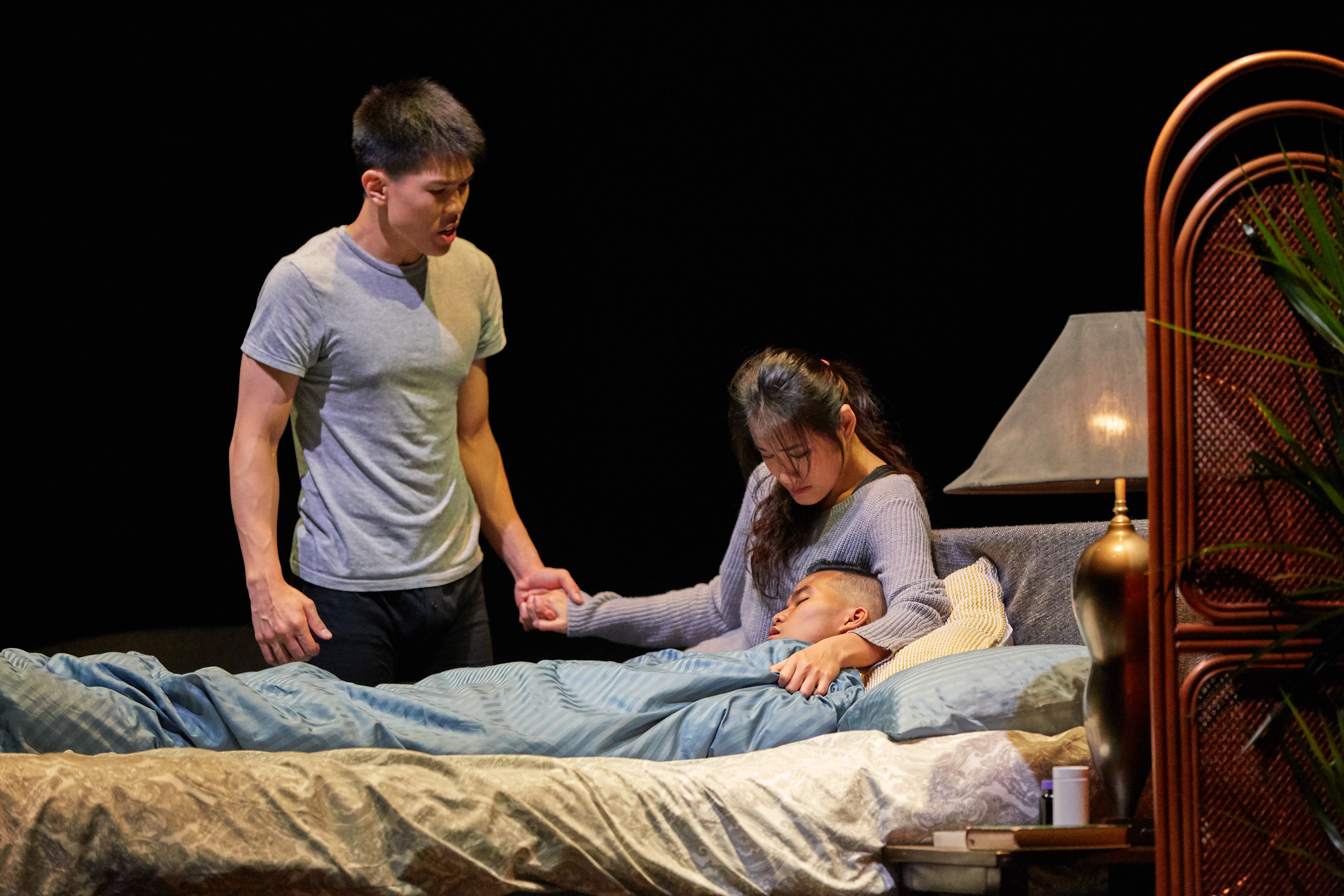 The Fall is a well-scripted play that provides opportunity for all 15 graduates of the Young Company to perform and have the spotlight cast on them, albeit to different degrees. Most of the young cast show plenty of potential should they continue down this path in future, given the short but impactful time they’re given onstage to show off their dramatic flair. One particular standout would be Iris Li, who in the first act, delivers a strong performance opposite Benjamin Koh as his girlfriend, one that suggests a maturity beyond her years, while moving with confident, youthful energy, her expressions displaying a complicated mix of emotions that add complexity to her character. 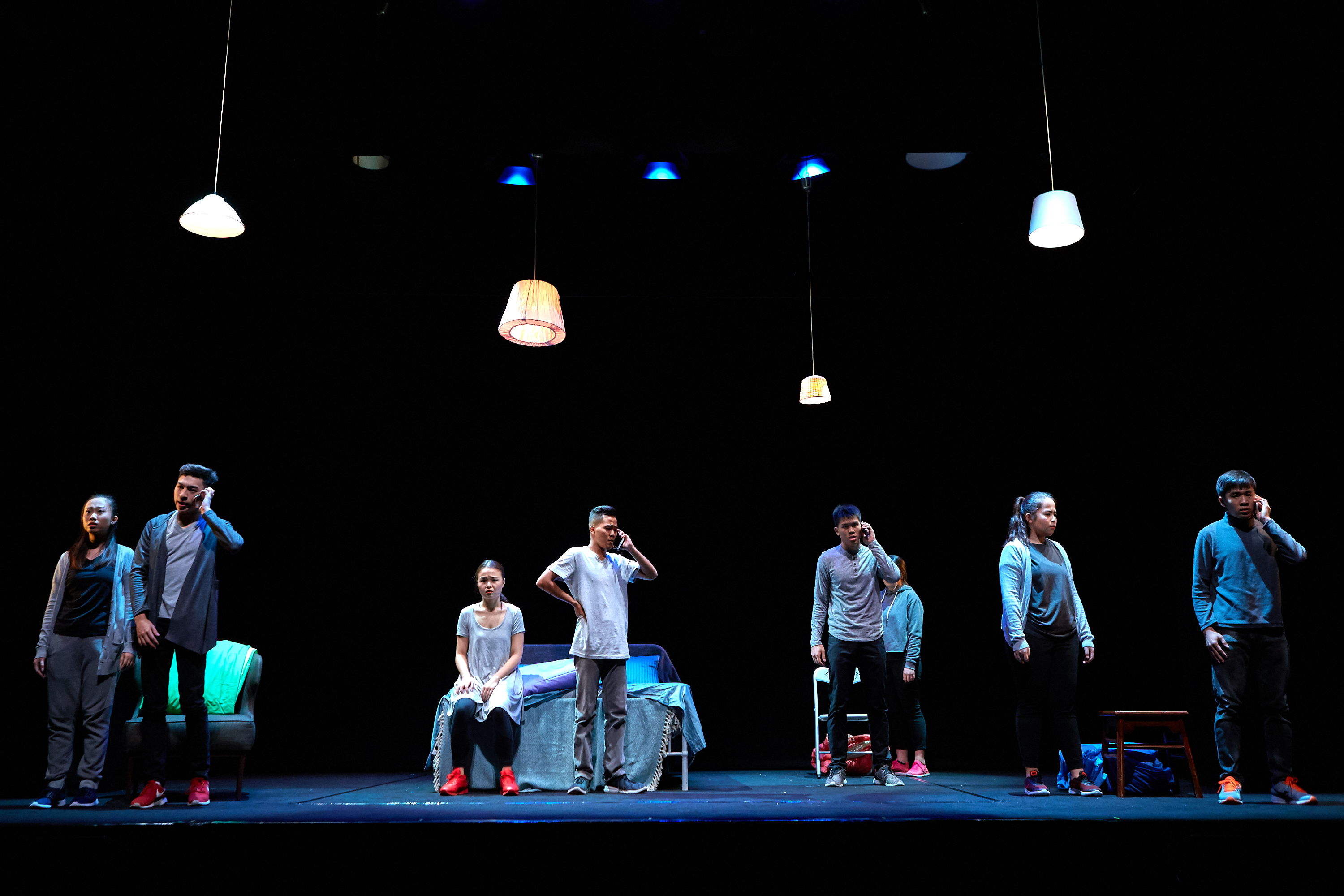 Perhaps the most exciting of the three acts is the third, the longest of which feels like a mini-play in itself. In this Black Mirror-esque future, senior citizens receive a payout upon agreeing to euthanasia, while being housed in dystopian, nondescript hospices ruled by malfunctioning, Siri-like bots and bureaucratic administrators. Taking the lead here is Nicholas Kyle Papaoanou, who uses the opportunity to showcase an entire range of emotions as he goes from confused to happy, hopeful to completely devastated over the 30 minute segment. 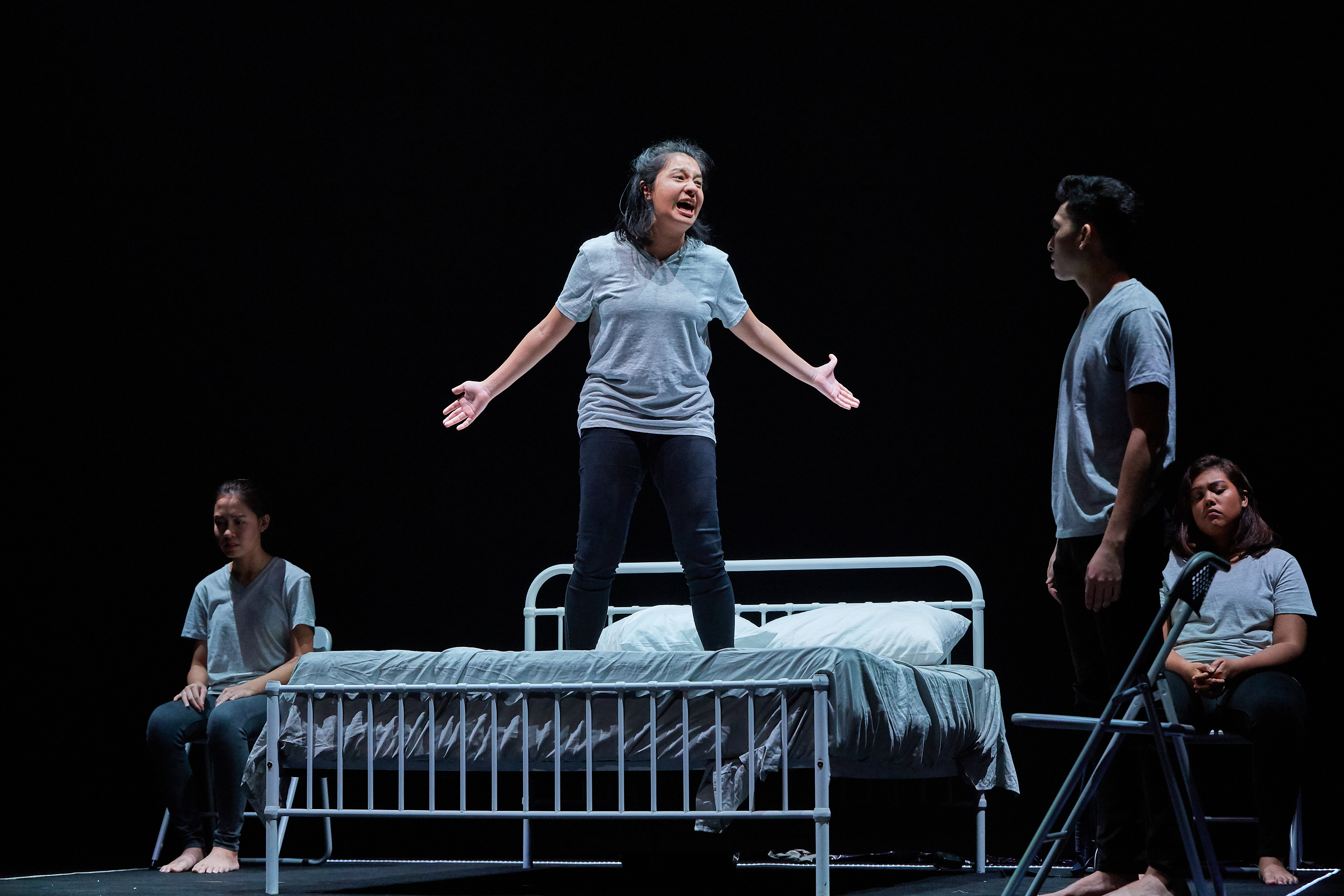 One moment sees him repeat a single line over and over again as he goes through countless days in solitary confinement, his voice growing increasingly dejected with each repetition and more crushed, helped by E-Hui Woo’s lighting that slowly reduces a stage wash to a tiny spotlight with every flash. 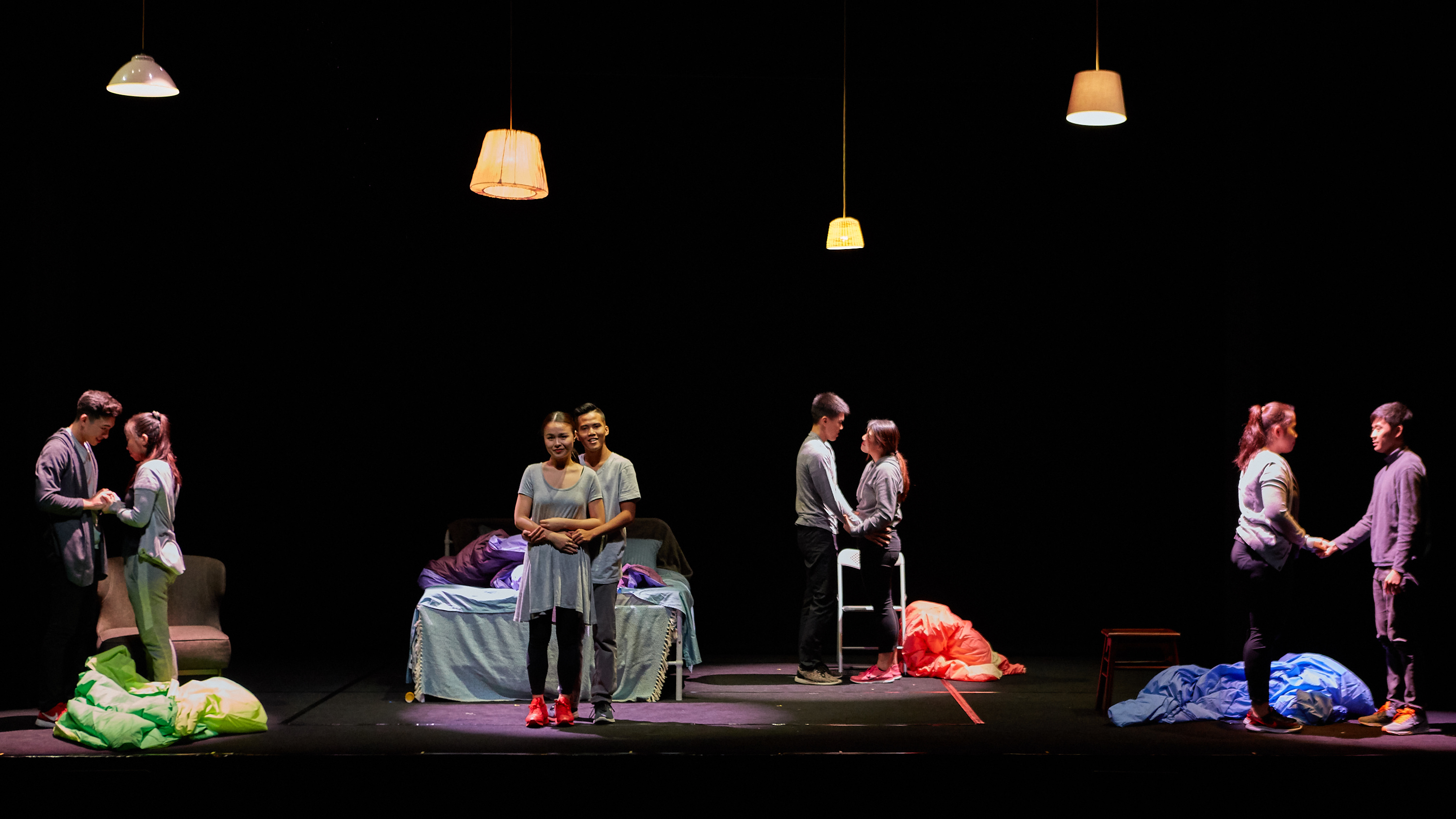 Papaouanou also shares strong chemistry with Kiara Pillai playing a temporary lover, herself also showing plenty of promise in her confident and sincere performance that sets her up as one to watch in future. There is a kind of power in The Fall with the decision to use these youths to portray a lifespan at every stage, in showing that as much as our physical bodies decay, we remain fundamentally the same inside, still with the same desires and fears. 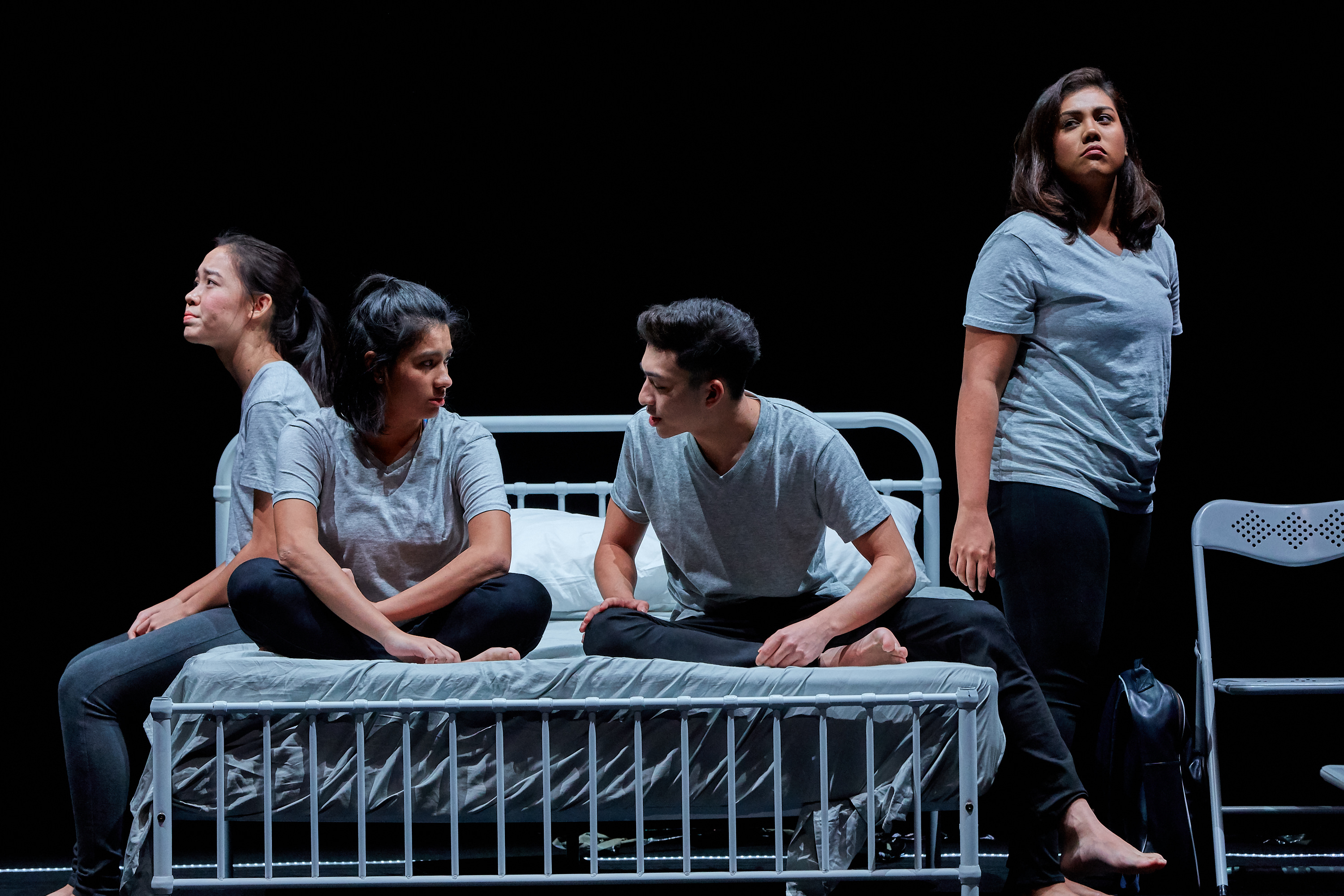 As such, one continues to appreciate the platform The Young Company provides in giving these young theatre enthusiasts a chance to experience and hone their craft, a brief but undoubtedly rewarding journey that shows in the graduation performance we saw today. Whether or not they carry on with this career and go professional in future, it is evident that we need youth programmes like this to stay on in Singapore’s theatre landscape if we are to breed a new generation of theatremakers, giving them that first glorious taste of the stage, kindling the fires of passion that may just result in even more actors we end up seeing regularly onstage in future.

0 comments on “Review: The Fall by The Young Company”