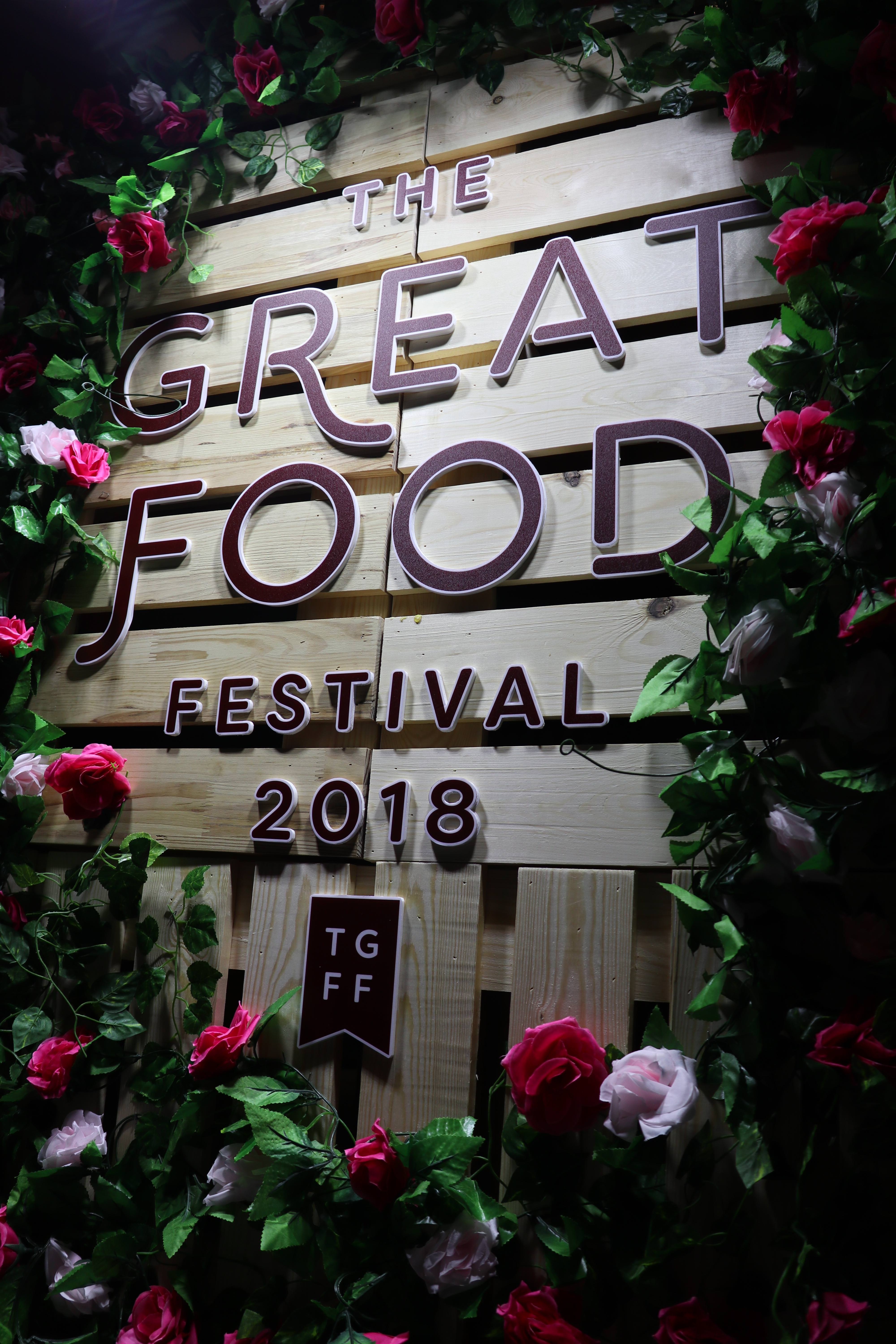 This weekend, Resorts World Sentosa and Savour’s The Great Food Festival (TGFF) returned to delight visitors with a gathering of the world’s greatest chefs and patissiers, all in one convenient location to make anyone’s food dreams come true.

Taking place at Resorts World Sentosa, the massive lineup of culinary masters included the owners behind many of Resorts World Sentosa’s eateries, from brothers Roberto and Enrico Cerea of Fratelli Trattoria and triple Michelin-starred Da Vittorio in Italy, to chef Masayasu Yonemura of TEPPAN and the famed Yonemura in Kyoto.

Compared to last year’s inaugural edition of the festival, this year’s lineup was more stringently curated, with overall fewer booths and exhibitors, making for a less cluttered layout and more space to wander the many booths still available, each offering limited edition foods unique to the festival. 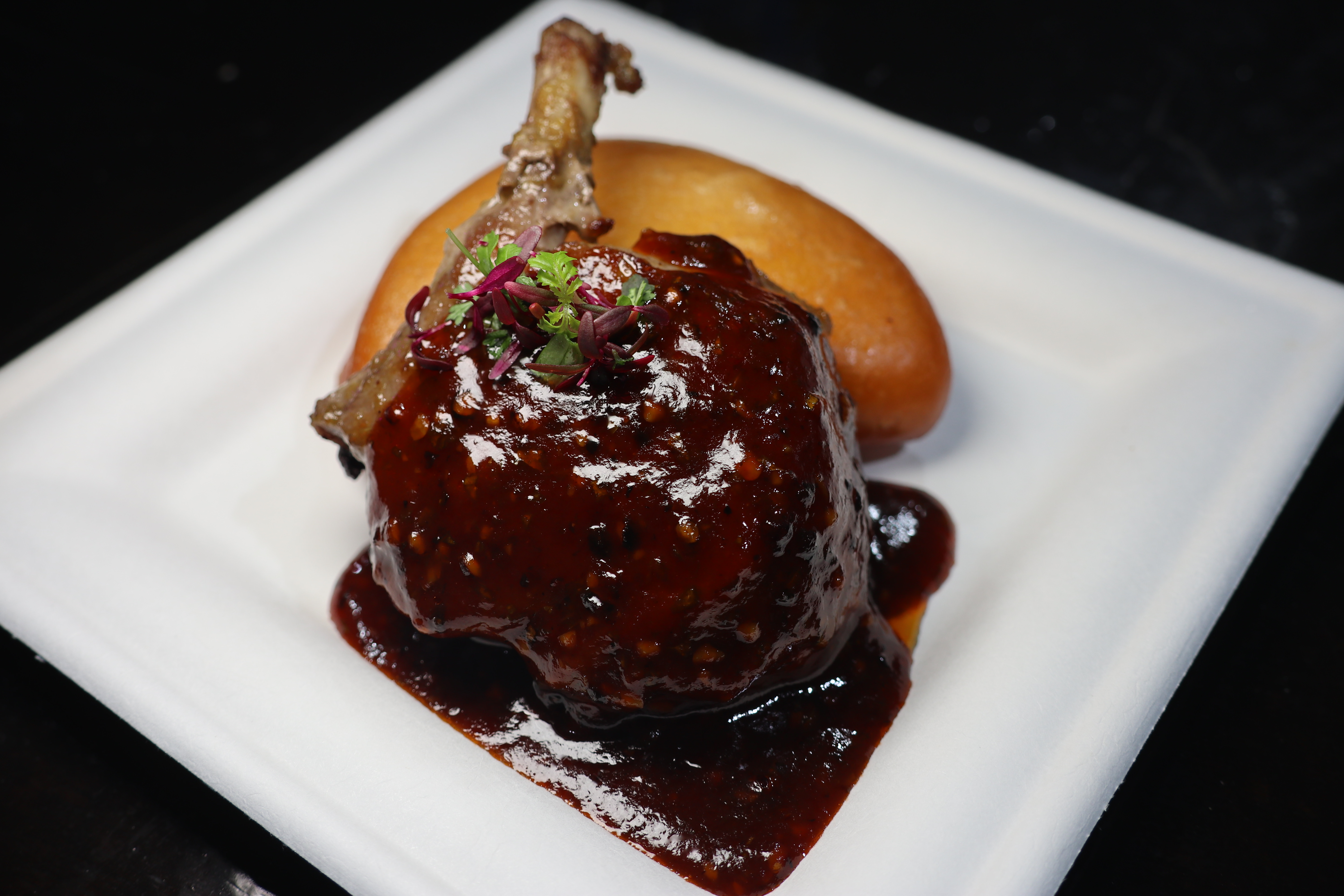 Split across a number of themed areas, we began our gastronomical journey from the very top as we entered the Star Chef arena at the Bull Ring, where the invited celebrity chefs had set up their own booth, each offering three dishes, some of which were made exclusively for the festival in limited amounts.

Armed with an empty stomach and an appetite for adventure, we began making the rounds and explored our way around the many cuisines on offer.

Continuing on our Italian trail, we visited Fratelli Trattoria’s booth and had a taste of their potato and beetroot ‘gnocco’ with cheese fondue filling, baby spinach, butter and safe emulsion, topped with freshly shaven truffles. Providing a burst of flavour when we bit into the dumpling, one felt the various ingredients while rich, were well portioned and balanced out that it made for a more than satisfactory dish for any pasta lover.

Of the dishes we tried, we were immediately enamoured with Ocean’s Hokkaido Scallop with Herb Butter, conceptualised by chef Cat Cora, the first female Iron Chef. Fresh, succulent and juicy, this was a scallop that was obviously treated with the respect it deserved, and it showed in the natural flavours brought out, while enhanced by contrasting texture of the crunchy base and flavour of the tobiko served alongside.

We have nothing but pride for local celebrity chef Sam Leong of Forest森 as he whipped up a sizable slab of wagyu beef with lychee and red curry. While the combination may sound odd at first, it’s the quality of the beef that really shines here, with the tender meat complemented by the delicious curry balanced by the sweetness of the lychee, filling us with satisfaction as we polished our plate clean.

No doubt one of the highlights of the evening was CURATE’s stuffed roast suckling pig. Cut on the spot by CURATE chef Benjamin Halat, each thick slice of pork was practically bursting with flavour as the medley of ingredients it was stuffed with seasoned to perfection, complete with a crispy layer of skin on the outside, definitely a must-try when you visit.

The queue over at TungLok Heen was probably the most consistently long one throughout the evening, with little time for the kitchen to rest as guest after guest visited. It’s not hard to see why – serving up affordable but quality cuisine, chef Susur Lee has found the sweet spot of desire and taste to match, with dishes flavourful fried organic kurobuta and Singapore Chili Crab with Sakura Ebi Spring Onion Pancake, making for an innovative, alternate way of enjoying a local favourite.

But of all the chefs, we were perhaps most excited of all to come face to face with Dutch chef Richard van Oostenbrugge of Amsterdam’s 212. Oostenbrugge is the newest face RWS will be adding to their prestigious lineup of celebrity chefs come December, when he is set to open his new restaurant table65 on our shores. Speaking to Oostenbrugge, the chef was confident about his new venture, set to be an intimate yet casual dining experience with its hip and open concept. Armed with a bar and plenty of ‘revolutionary’ dining ideas, you can expect that table65 will prove to be something completely different from anything Singapore has ever seen before.

As for the dish itself, we thoroughly enjoyed the langoustine he prepared, swimming in a pool of foam and sauce, a bite-sized delight one will no doubt enjoy with his means of teasing out the langoustine’s flavour through the thoughtful seasoning and textures of the dish. We’re definitely looking forward to seeing what more wonders Oostenbrugge will bring come December with the arrival of table65! 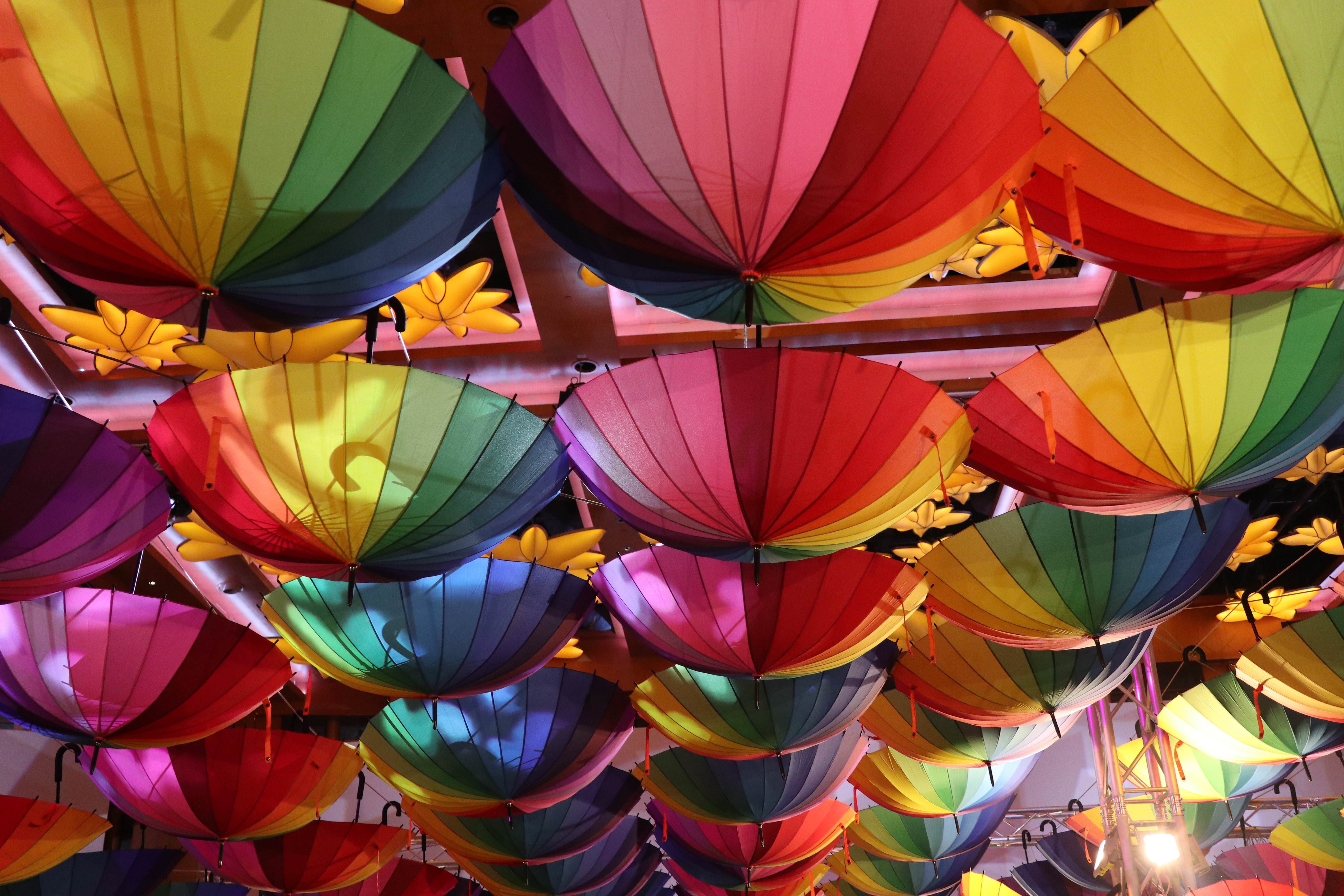 With the Star Chef Arena completed, we headed over to the Resorts World Convention Centre, where Rollin’ Sweet Times, the dessert segment of TGFF was being held. Split across a number of immersive zones, each distinct area housed between 3-5 exhibitors, each showcasing drinks and desserts to die for. 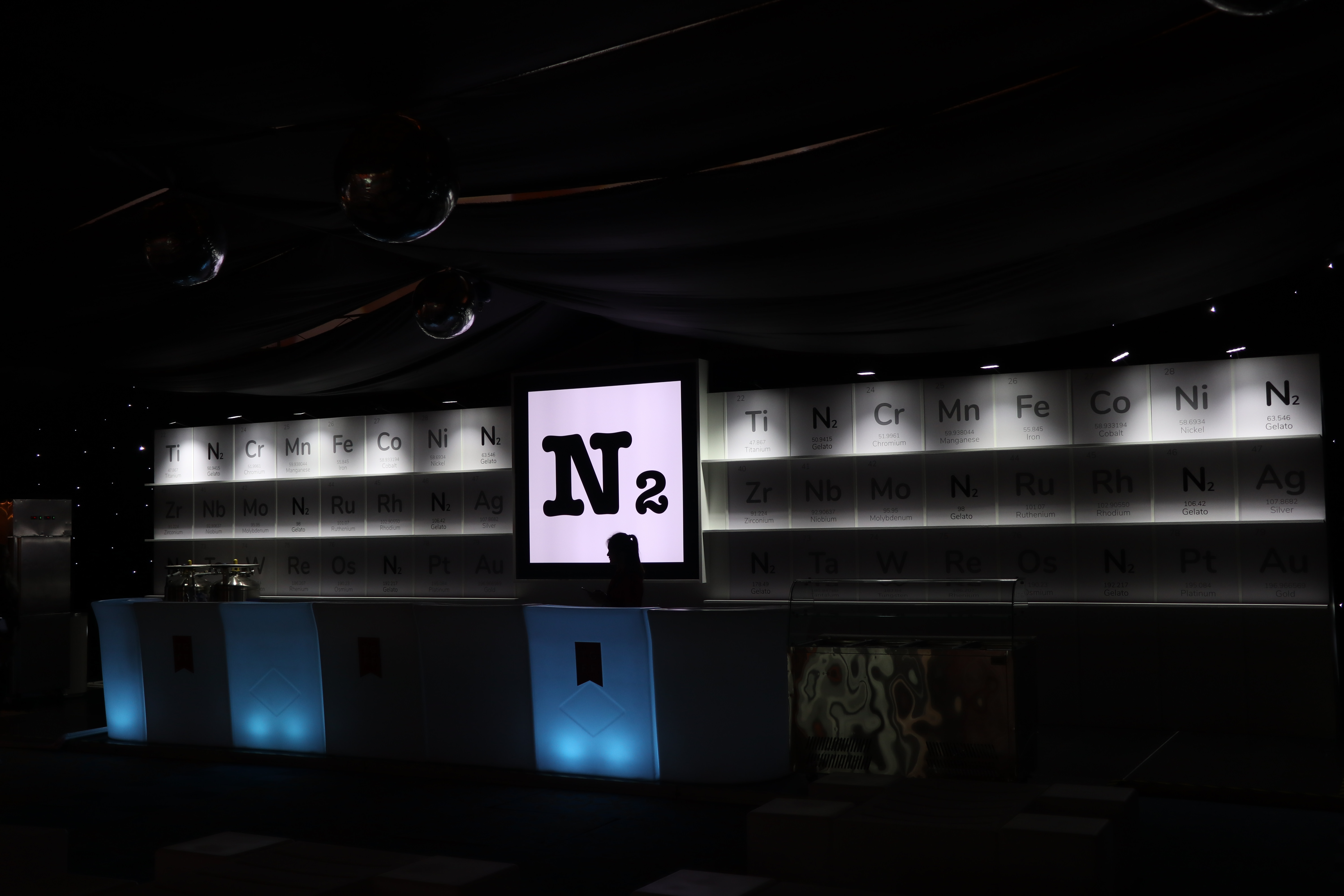 Zones included the intergalactic Australia’s nitrogen-fuelled N2 Gelato area, the colourful playground of Hong Kong fruit tea franchise Happitea (complete with bouncy playground), a special Tanqueray Gin Garden to sip on gin and tonic, and even a little booth by Veuve Clicquot, giving visitors a chance to try a glass of bubbly from their Rich collection – sweeter, lighter and perfectly enjoyed over ice for that taste of lux while wandering through the zones.

Headlining Rollin’ Sweet Times were top-class patissiers such as Andres Fatso from Baked by Andres, Australia’s tart master Philip Khoury, and insta-famous, YouTube self-taught “Topless Baker’ Matt Adlard. It’s obvious where the latter gets his moniker from, with the hunky baker often appearing dressed only in an apron and jeans, showing off his buff physique as he demonstrates baking finesse in front of the camera. But perhaps the real draw isn’t his torso, but really, his winsome smile that has captured the hearts of countless swooning fans (too bad ladies, he’s already taken and engaged to be married soon!)

Like father like son, Joe Leong, son of Sam Leong of Forest森, presented a lineup of mouthwatering, innovative desserts, The fast rising patissier has certainly inherited his father’s knack in the kitchen – getting a taste of his reconstructed egg tart, we were impressed by the fine sugarwork that topped the dessert, along with the pleasant salted egg custard filling sandwiched by flaky, crispy pastry made this a winner in our eyes. 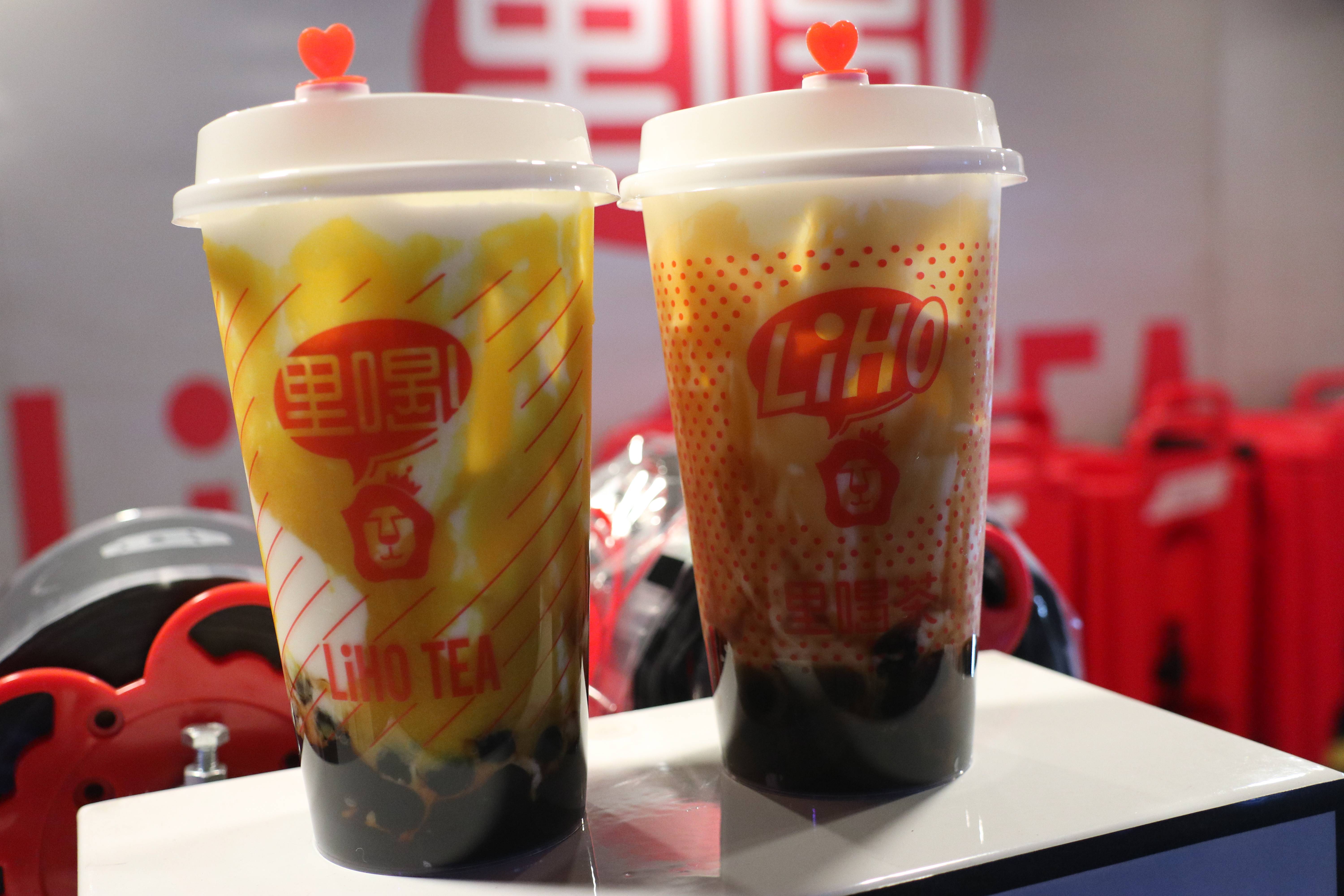 The salted egg craze didn’t end there, as homegrown bubble tea brand LiHo also set up a booth, hawking not only their usual, fiercely popular range of teas, but an all new Salted Egg Lava Brown Sugar Pearl Fresh Milk, adding a unique twist to the already popular brown sugar fresh milk currently in vogue across other bubble tea brands.

Internationally renowned upmarket ice-cream brand Magnum was also present to show off a brand new creation – the Magnum Ocean Fantasy. Everyone’s favourite chocolate coated ice-cream was given the aquatic, millennial treatment as the chocolate shell took on instagram-worthy turquoise hues, sprinkled with edible silver balls and topped with an edible pink mermaid tail to give you those seaside vibes even while indoors!

Finally, we visited our perennial favourites – marshmallow experts The Wicked Cream Co., a mainstay and definite sight at just about every pop-up imaginable. In recent times, the team has been moving into new soft-serve flavours, and this time around, has come up with the all new Earl Grey and Lavender Soft Serve, bringing to mind lavender fields in Hokkaido, not to mention a rice cracker and even a cute pink mini shovel to help you ‘harvest’ that ice-cream straight into your mouth! 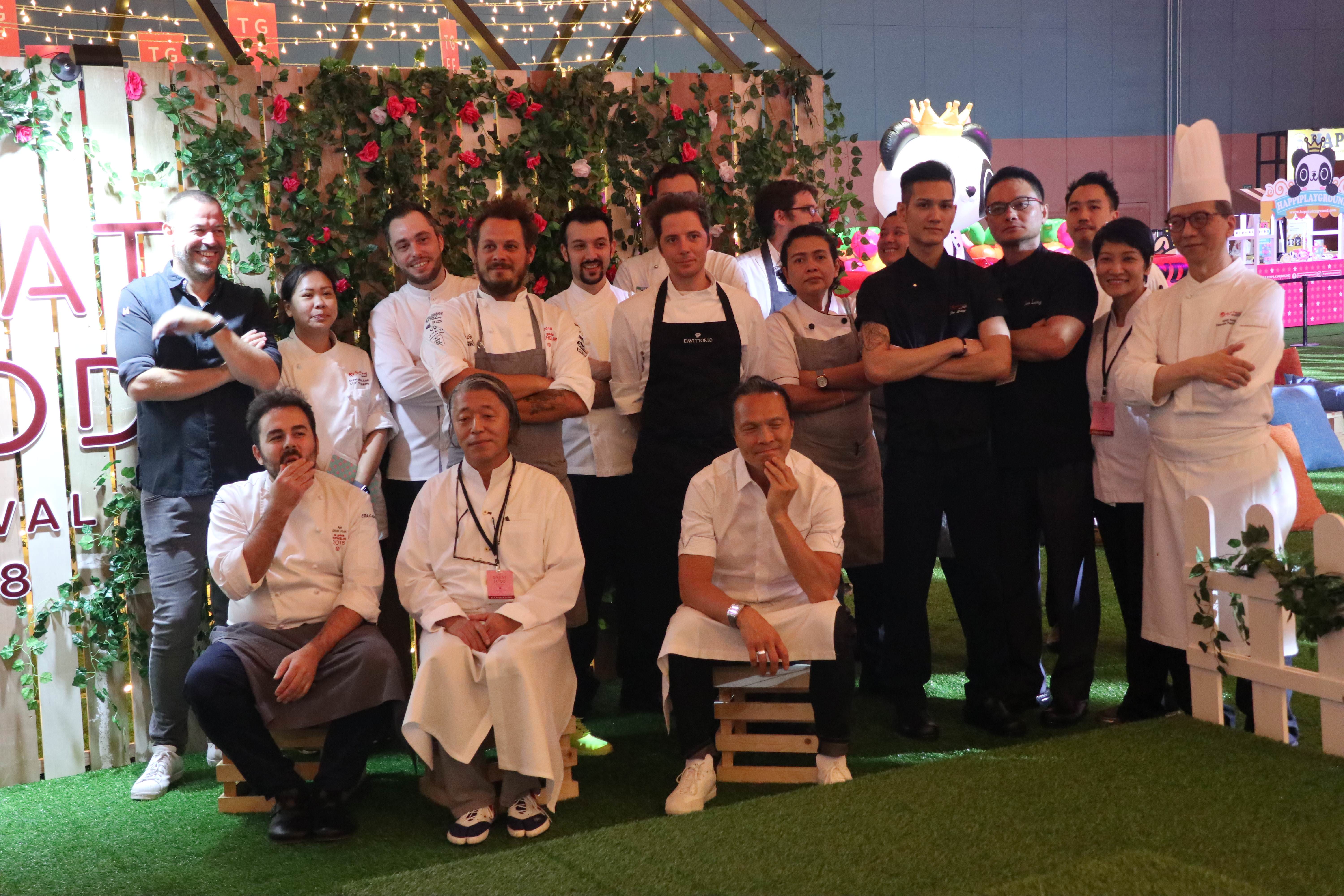 TGFF 2018 has impressed once again as one of RWS’ anchor food events of the year, showcasing quality cuisine from around the world and demonstrating what their own celebrity chef restaurants are capable of, giving us a hankering to visit them again sometime soon. The path to TGFF is a rewarding one as you discover world after colourful world of exquisite tastes and top chefs, and without a doubt, you’ll leave this event happy. 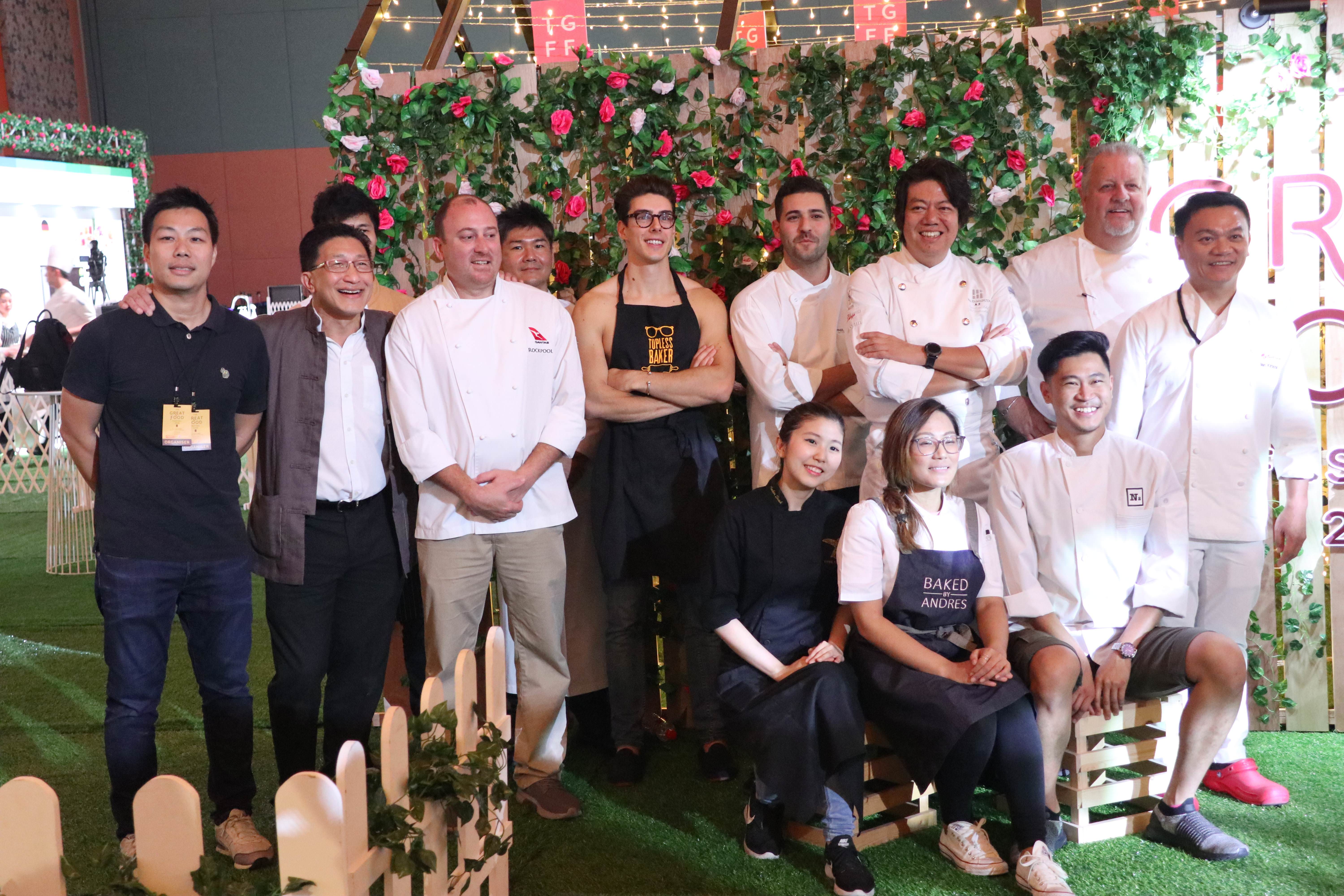 0 comments on “The Great Food Festival 2018: Topless Bakers, Michelin-starred Cuisine and Full Bellies All Around”