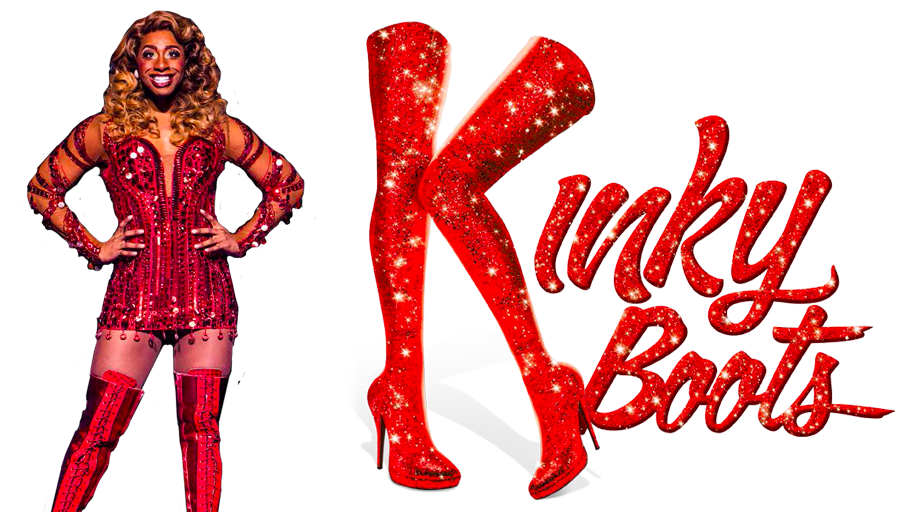 Full of heart and high heels, Kinky Boots delivers its message of acceptance loud and proud.

It’s been a long time coming, but there’s never been a better time for multi-award winning musical Kinky Boots to have finally found its way to Singapore. With a touring cast direct from Broadway, the Harvey Fierstein/Cyndi Lauper musical is feel good entertainment at its very best, boasting infectious numbers and gloriously high energy choreography. Yet amidst the titillating numbers and glitzy costumes, it’s a musical that comes with an all important, timeless message of acceptance, open-mindedness and friendship we could all stand to learn from, one that’s told through a simple yet powerful narrative that tugs at the heart and moves the soul. 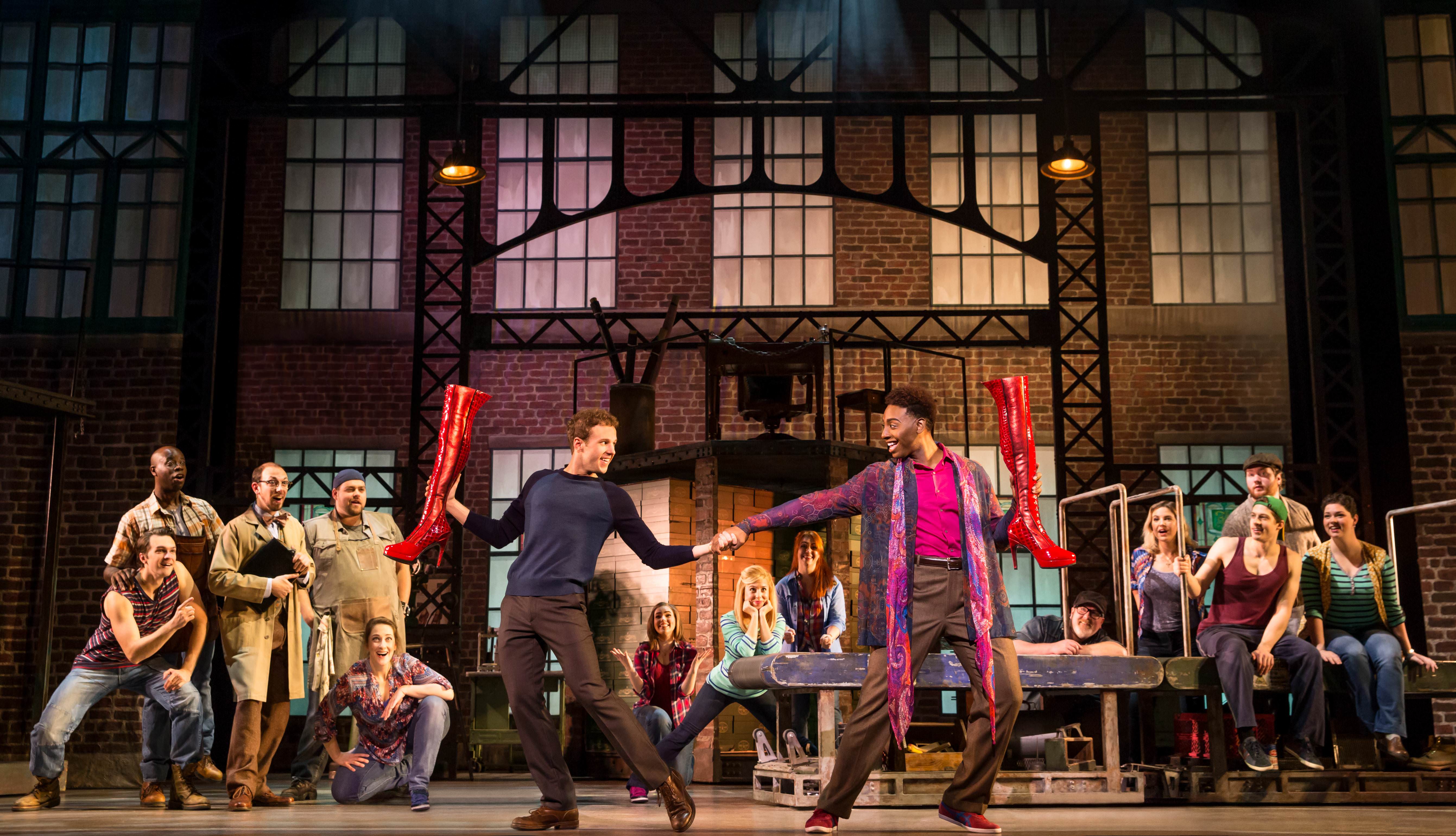 Based on the 2005 British film of the same name, Kinky Boots follows Charlie Price (Lance Bordelon) as he inherits ownership over his late father’s shoe factory. But times are hard, and it’s not long before the clueless Charlie is forced to either sell the business or find a miracle. Enter the fabulous Lola (Jos N. Banks), a larger than life drag queen who just may be the answers to all his problems, as the factory innovates and works to create a new line of ‘kinky boots’. Racing against the clock as they rush to complete a full collection to show at Milan, both Lola and Charlie are also forced to confront their own personal demons as they’re haunted by memories of their late fathers and pressures at the workplace. 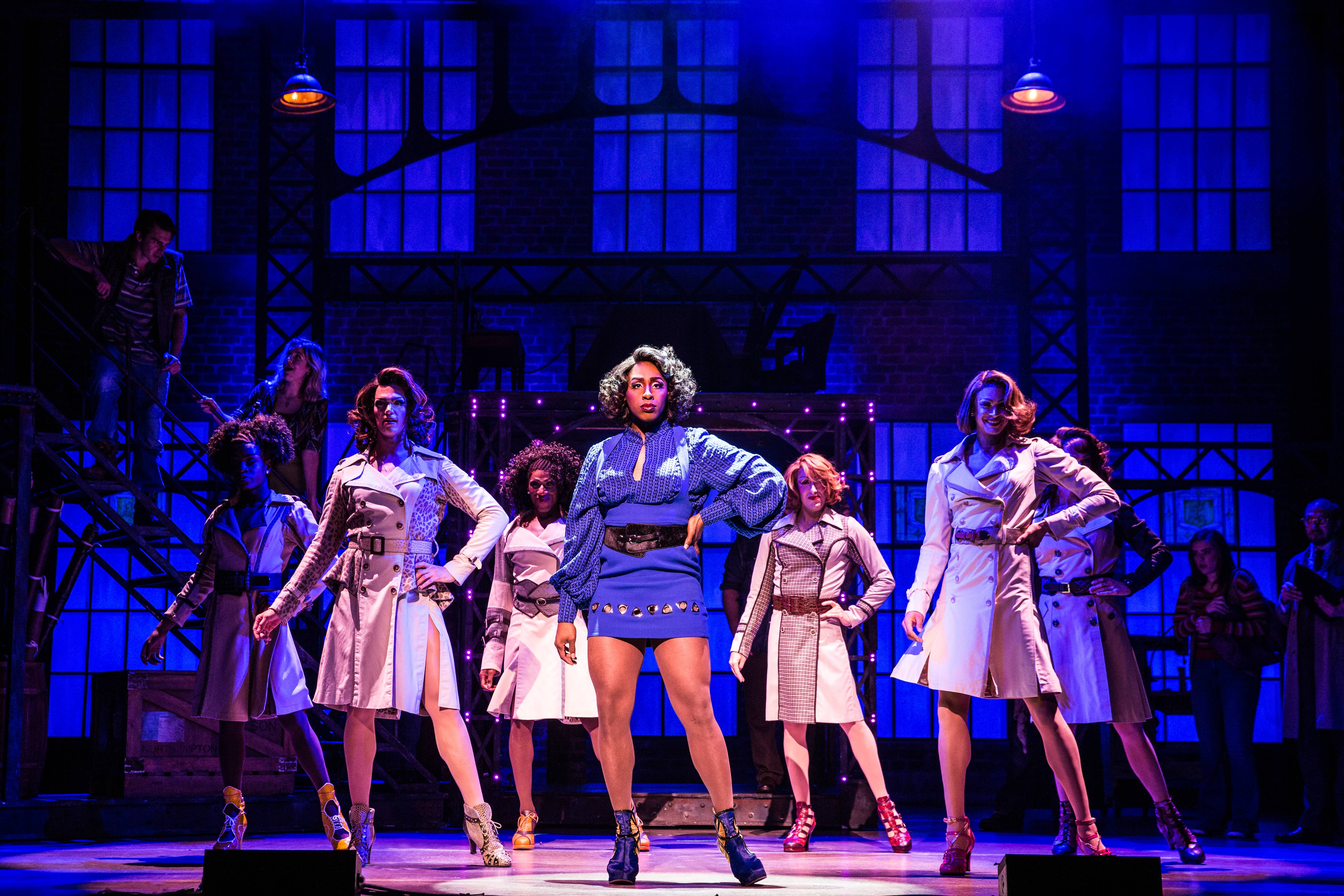 Directed and choreographed by Jerry Mitchell, it’s easy to see why Kinky Boots is such a joy to behold onstage. Despite a slow start as the cast got used to the stage (their first show in Singapore after touching down two nights before), the high spirits pick up immensely with infectious full company numbers such as the electrifying “Sex Is In The Heel” as the factory workers are introduced, wide-eyed and in awe to the world of drag. This is a cast that has built up an incredible chemistry over the course of an entire tour, and it absolutely shows in the camaraderie and cohesiveness displayed across every scene, lending itself particularly in “Everybody Say Yeah”, as the entire company comes together to perform and celebrate the construction of the pioneer ‘kinky boot’, featuring impressive stuntwork and even the creative use of a conveyor belt, leaving the audience nothing but wowed as Act 1 ends on a marvellously high note. 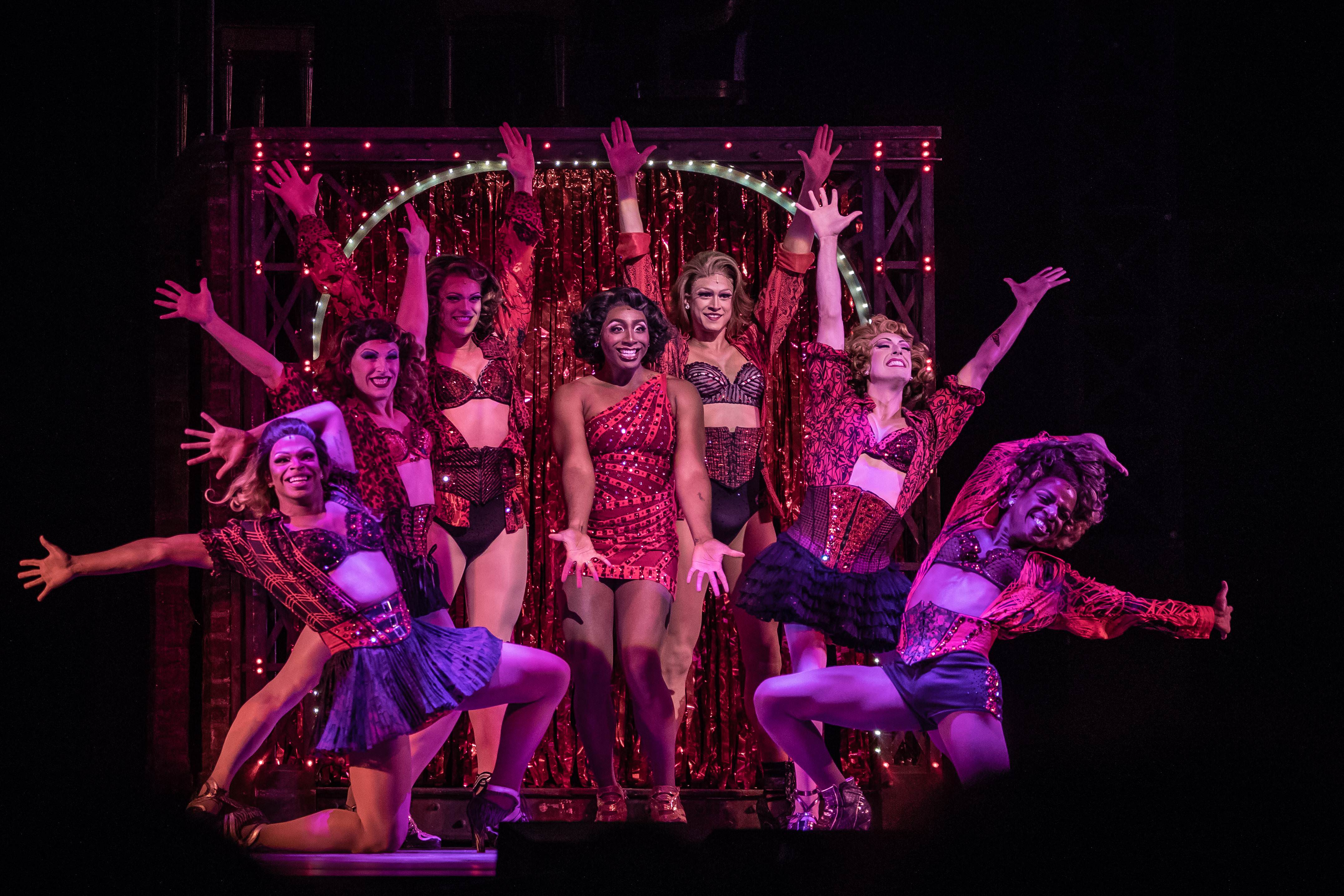 Much of the cast’s energy is gleaned from Lola’s Angels (Brandon Alberto, Jordan Archibald, Eric Stanton Betts, Derek Brazeau, Ernest Terelle Williams and Philip Stock), whose seemingly boundless stores of energy lift the entire performance as they kick, pose and flip across the stage in monstrously tall high heels. In the second act number “In This Corner”, one was particularly impressed by Ernest Terelle Williams’ performance as a drag umpire in a boxing ring, growling into the mic while staying sassy, as Lola and company employee Don duke it out in mesmerising slo-mo. 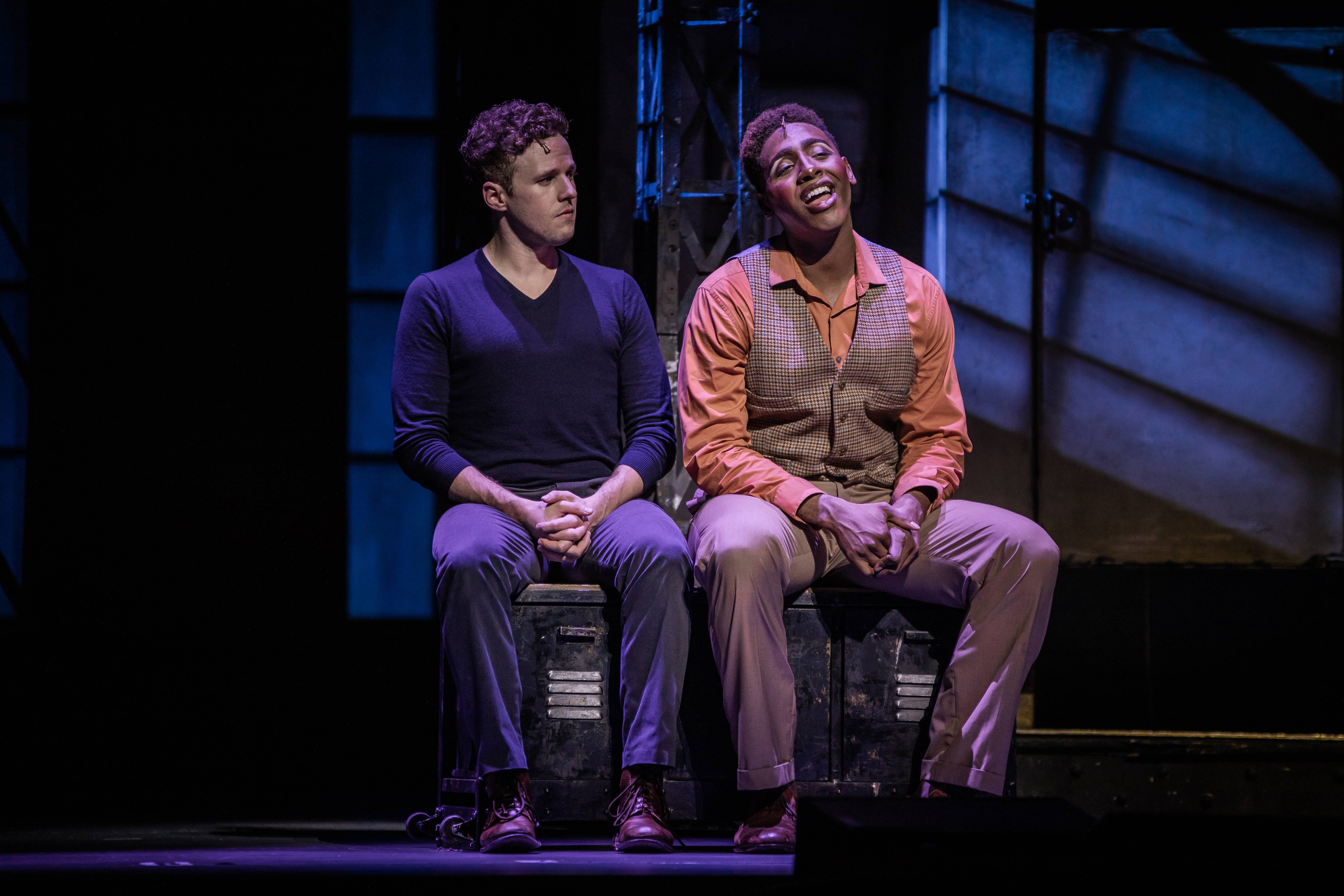 However, it truly is the performance of protagonists Charlie and Lola’s unlikely friendship that seals the emotional core of the show. Individually, Lance Bordelon adds a meekness and haplessness to Charlie that allows for a more drastic development as he finds his fire later on, endearing us to him with admirable renditions of solos such as “The Soul of a Man” that makes us believe in the power of hope and perseverance. Jos N. Banks, on the other hand, makes for the very splitting image of Lola, both a model man and woman as his muscular stature balances out with a feminine grace and commandeering physical presence. Banks’ performance also lends a surprising vulnerability to Lola, with his voice delivering a soaring, emotional version of “Not My Father’s Son”. Sharing undeniable onstage chemistry with Bordelon is precisely what made that particular scene one of the standouts of the evening, cementing Charlie and Lola’s friendship over their shared father issues, and addressing the rising fear of not living up to a family’s expectations, deeply embedded in many audience members’ hearts. 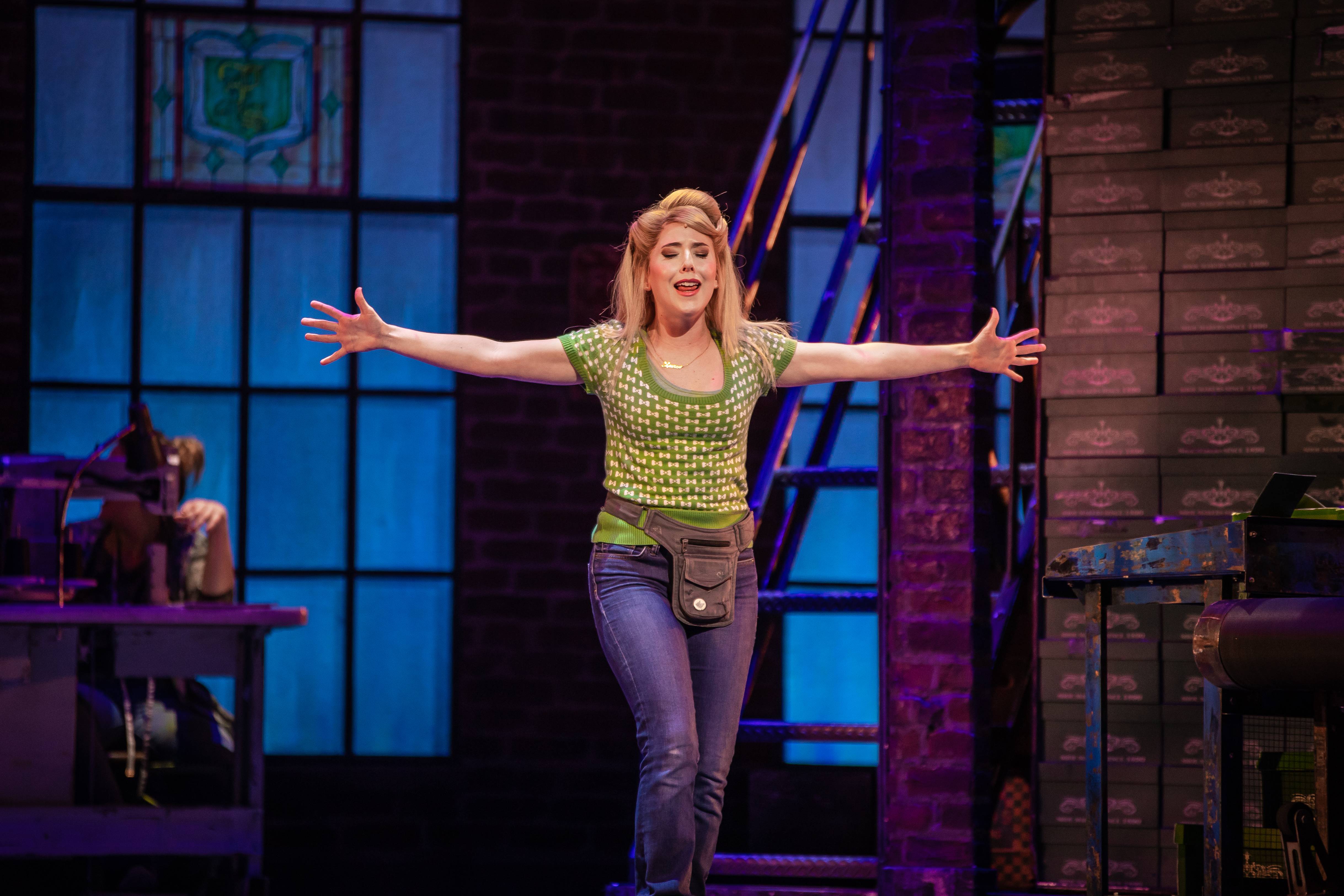 As secondary characters Don and Nicola, Adam Du Pleiss and Hayley Lampart do well to capture an unexpected depth and dimension to their characters in the limited lines they’re given onstage, with Don’s 180 degree character development utterly heartwarming to watch, and Nicola’s contrasting lapse into near-villainy a role Lampart embraces with gusto. But it is perhaps Sydney Patrick as Lauren who steals each scene she appears in, bringing the house down with her showstopping rendition of “This History of Wrong Men”, channeling divas such as Madonna and Cyndi Lauper herself in an unforgettable performance that balances the humour and sheer vocal technique required to elevate the song to new heights, leaving us both impressed and laughing throughout the number as she trills and goofs around with the factory set onstage. 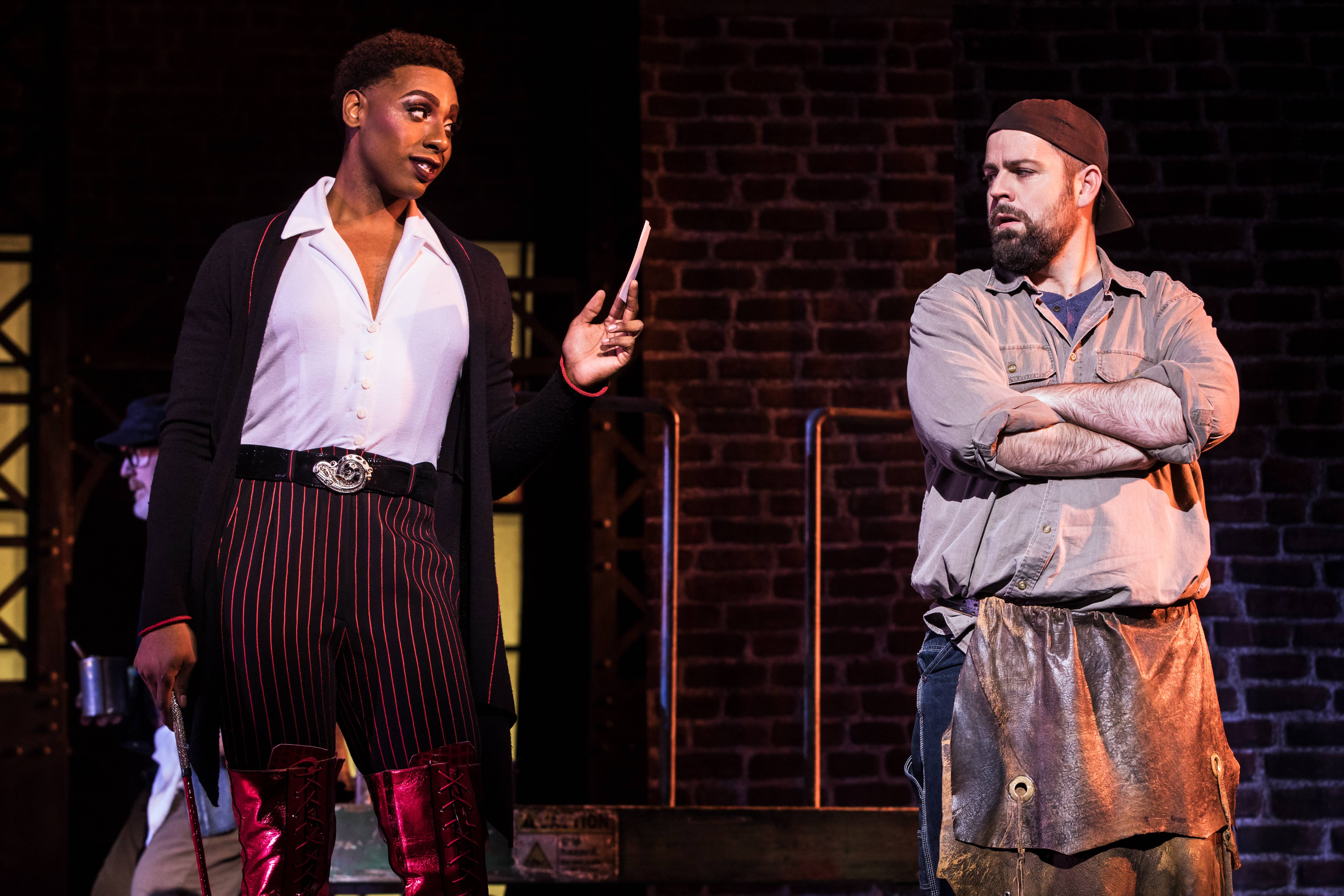 It takes a village, and so much of Kinky Boots’ charm is rooted in its technical elements, from David Rockwell’s scenic design and Kenneth Posner’s lighting that takes audiences from a dusty factory (complete with prop shoes at different stages of completion) straight to the glitz and glam of a Milanese runway. Lola and her Angels’ are essentially Glamazon warriors in every appearance, thanks to slick, structured costumes from Gregg Barnes, perfectly maintained wigs and hair by Josh Marquette, and Brian Strumwasser’s transformative makeup.

Simple in plot but big in heart, Kinky Boots is the feel good musical of the year to get your spirits up and put a smile on your face with its infectious numbers and winsome attitude. There are few reasons not to catch this big hearted, loud and proud production that’s sure to convince anyone of the power of love and inspire confidence in one’s self. By the time we reach the rousing finale number “Raise It Up/Just Be”, it’s impossible not to want to get up and dance along with the cast, leaving the theatre with newfound confidence and courage to be who you are and open your heart and mind to accepting those who are a little different.

We’re giving away tickets to catch Kinky Boots before it ends its run this weekend! All you have to do is:

0 comments on “Review: Kinky Boots presented by Base Entertainment Asia”