In conservative Singapore, it’s next to impossible to find an exhibition dedicated almost entirely to a gallery of nudes. But perhaps that’s where The Private Museum comes into the picture, most recently daring to do the extraordinary, and providing an avenue for art on the margins to be displayed in its fully glory. 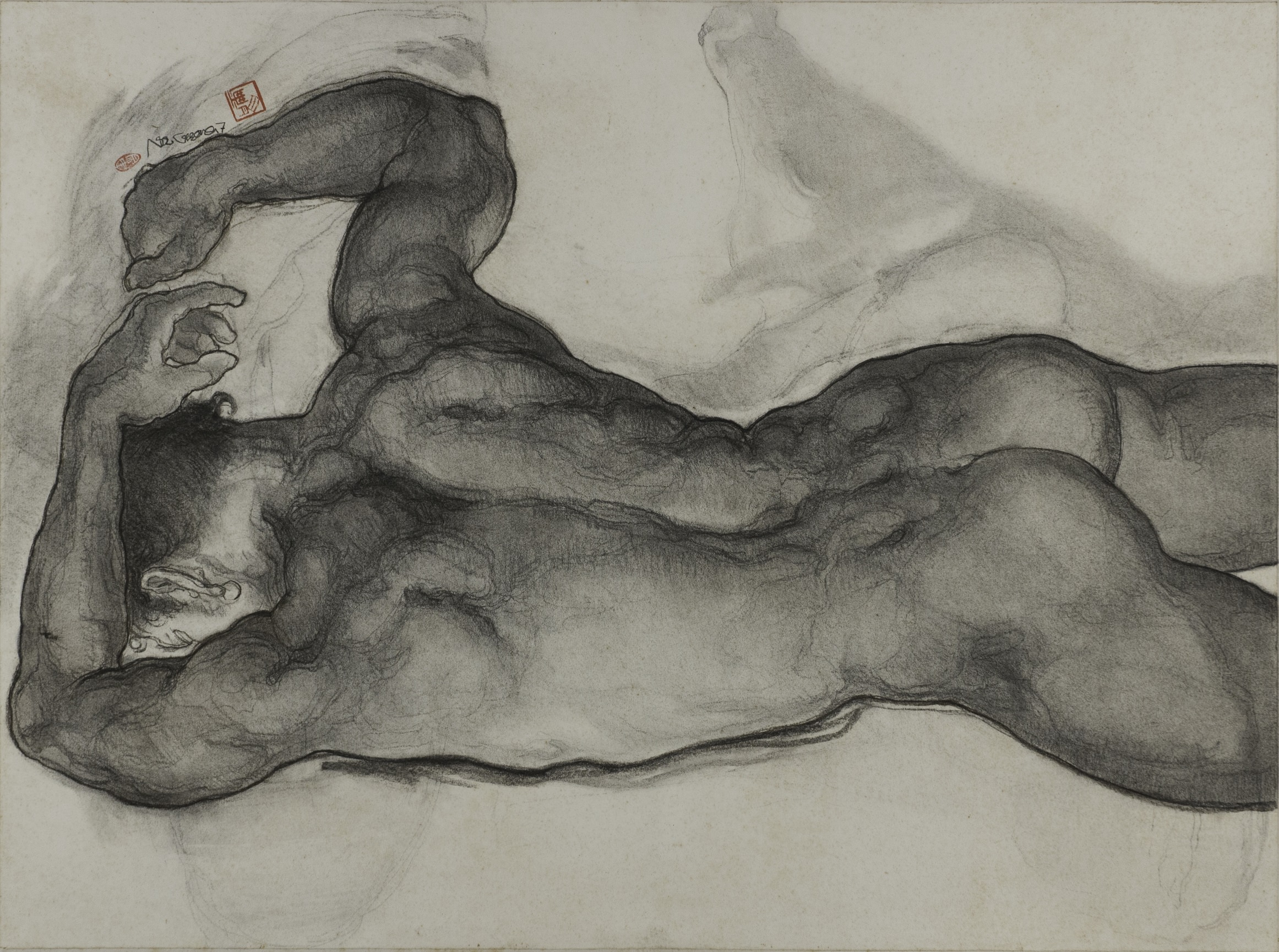 Commemorating the 5th anniversary since the passing of one of Singapore’s great artists, The Private Museum presents Embodiment | Sentience, collecting a selection of figurative charcoal works created by Teng Nee Cheong between the 1970s and the 2000s, courtesy of the Artist’s Estate. Embodiment | Sentience is the first exhibition since Teng’s passing, and with Suzie Teng, the artist’s sister and manager of his estate, in the midst of cataloguing his entire collection, is currently one of the few (if only) exhibition displaying his works. 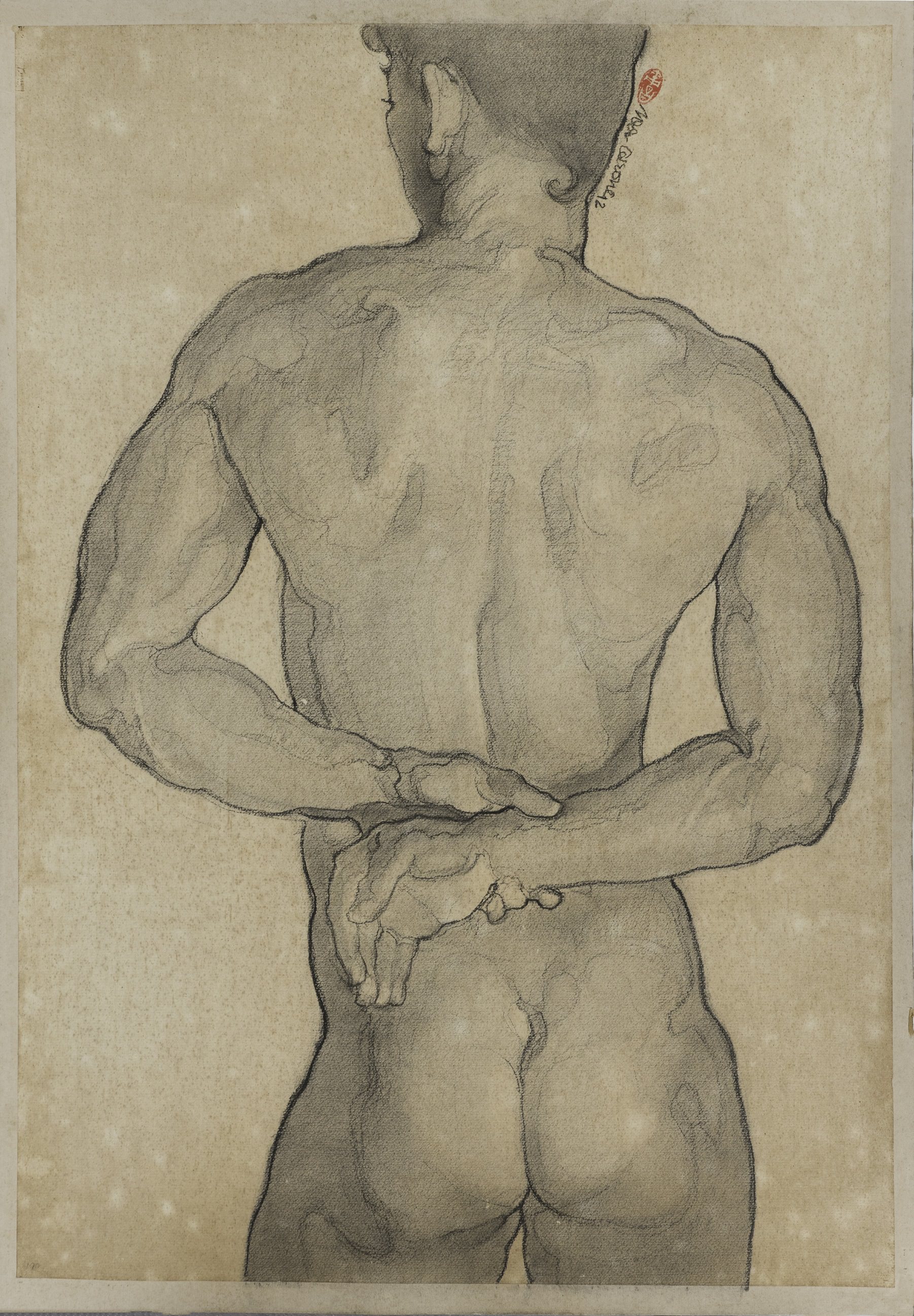 Teng was a graduate of the Nanyang Academy of Fine Arts and recipient of the Ministry of Culture Special Award in 1978, and is best known for his use of vibrant colours and way he incorporated Southeast Asian cultural motifs into his works. While better known for his impressive oil and pastel paintings, there’s something incredibly special about the late artist’s charcoal works, managing to wield it like watercolour, a gentleness to his craft that captures differing shades of grey and black on the canvas. 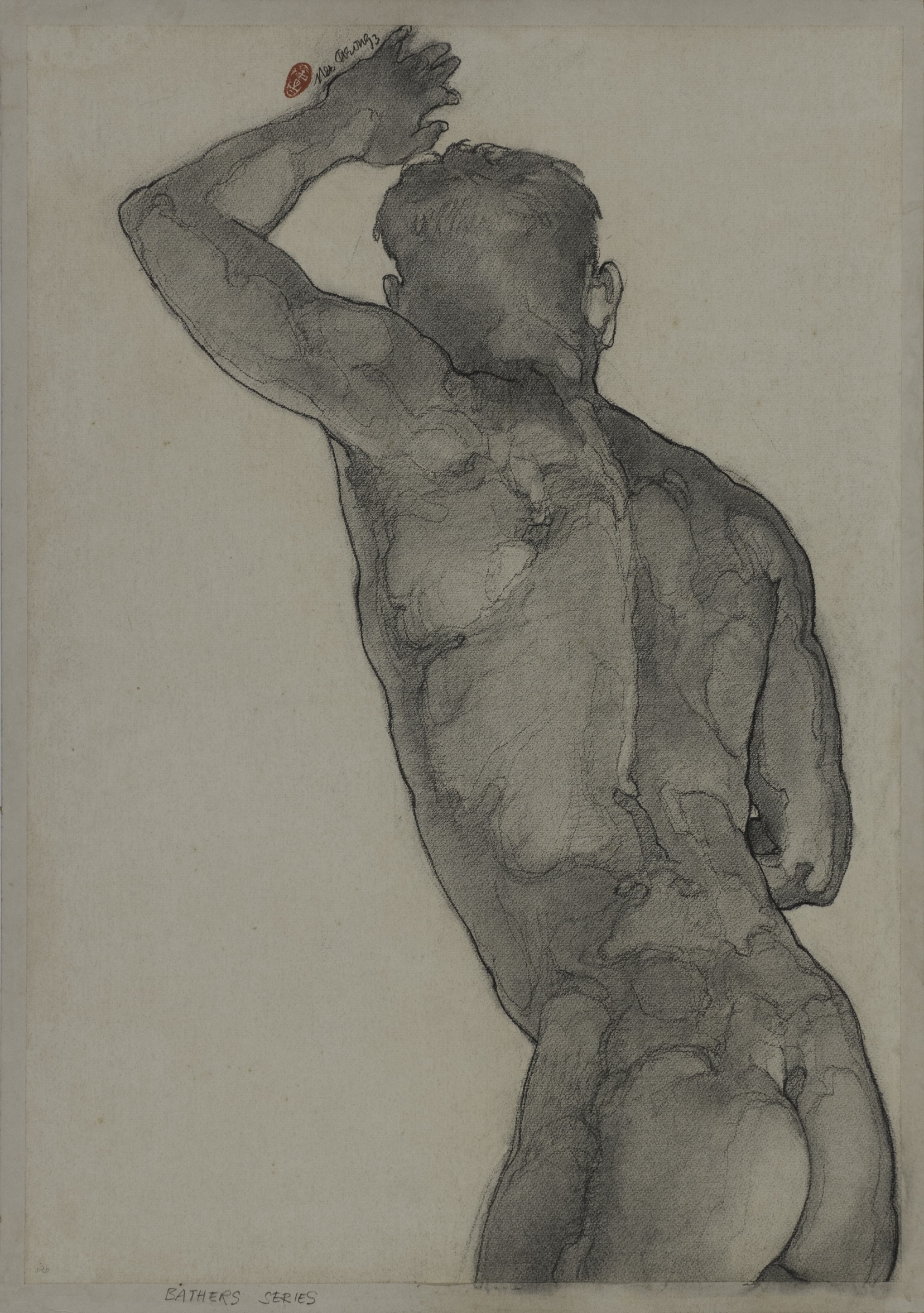 There is a keen sense of observation and knowledge of the human form that one can glean from a cursory glance at any of these charcoal works. Across his works, one can see how the muscular forms in his subjects are clearly defined, and as the years go by, not only do the faces of his subjects become far bolder and more expressive, the works also begin to take on something far more mystical, spiritual almost, as we see splashes of colour and incidental objects join the subjects in the space, from a simple flower to gilded borders. 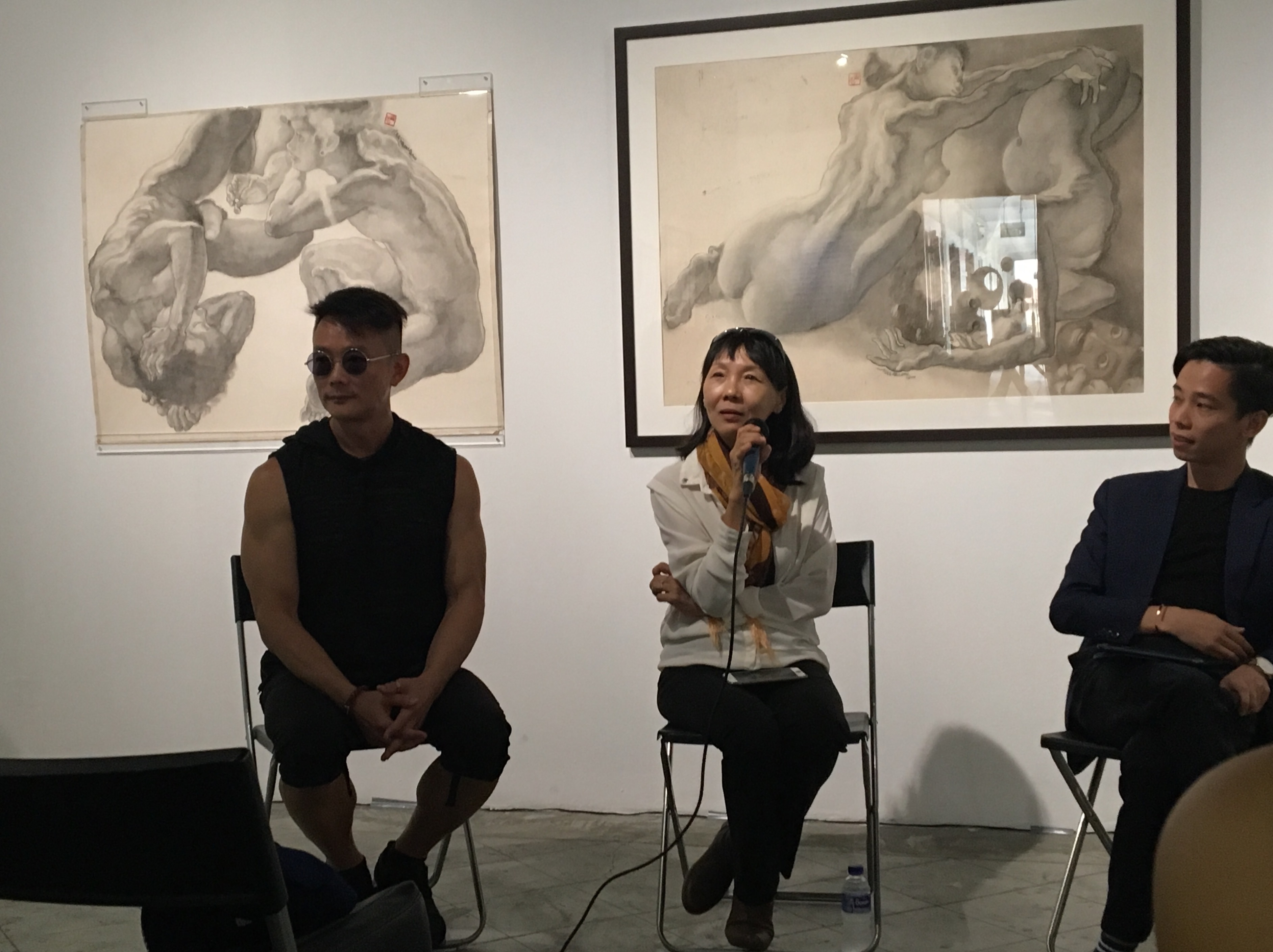 In a dialogue session held with Suzie Teng and Kim, a life model Nee Cheong frequently worked with in the 2000s, both representatives spoke fondly of the artist, as they recalled times spent with him, and the way he worked. In a series of photos, one became privy to Nee Cheong’s history, frequently working outside of Singapore, with a penchant for other Southeast Asian countries such as Myanmar and Thailand, in which Chiangmai was a particularly favourite getaway and place of work. Nee Cheong was remembered as a gentle soul, one who was always understanding of his model’s needs and humanity, taking breaks as and when required and taking things as they came. 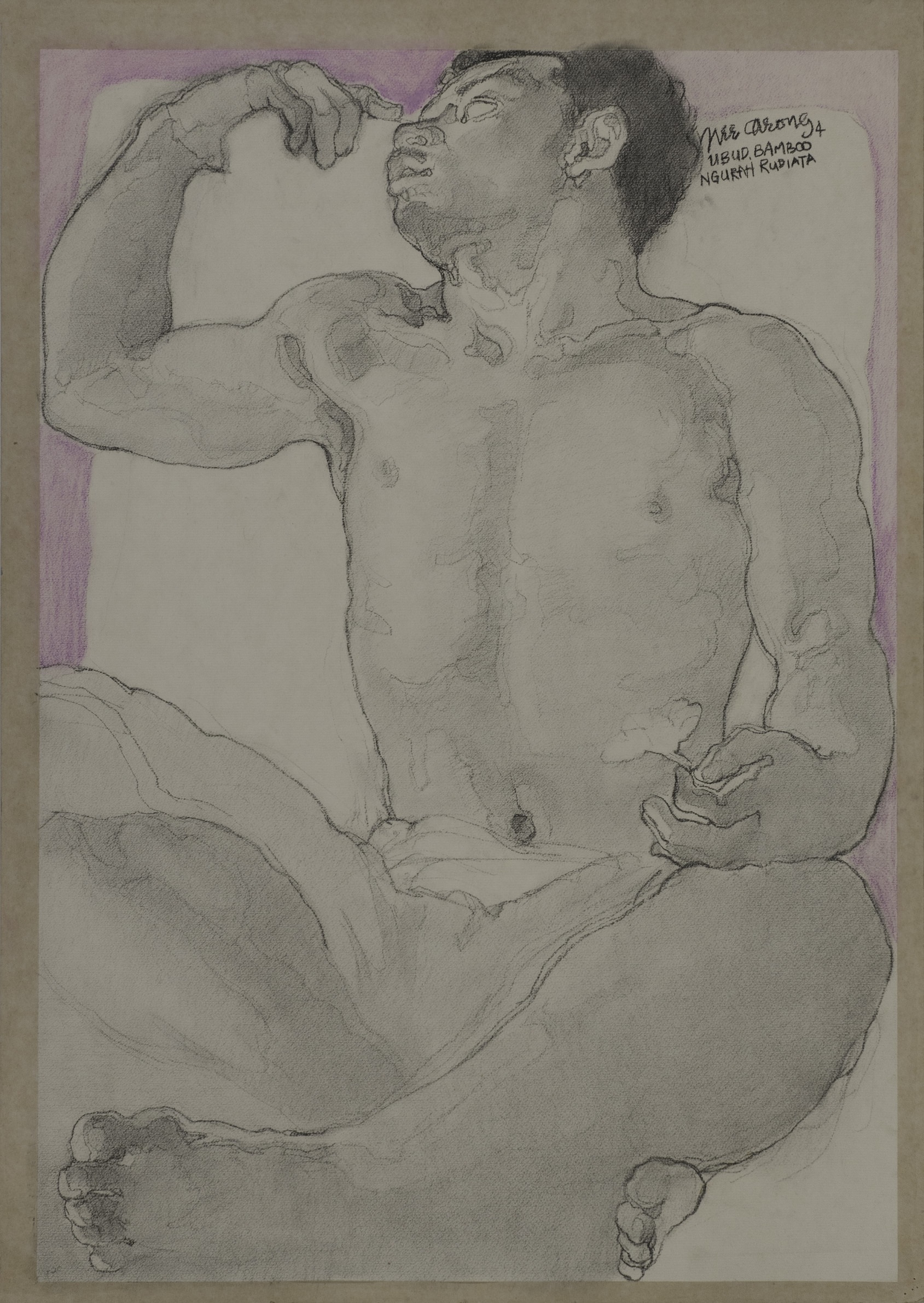 Unlike some artists doing life drawing, Nee Cheong never resorted to taking photographs of the model and working from there, instead utilising the models directly as he hired them for sessions that could last up to five hours, posing in often difficult positions for 20 minutes on end as he sketched and worked with charcoal. Kim recalls the presence of a Balinese pig mask and rug that would always be in the same room as Nee Cheong whenever he sketched, the same paraphernalia in which is also being displayed in the exhibition at the moment. For what reasons, perhaps no one would ever know, as it is a secret Nee Cheong took with him to the grave.

Says Suzie: “When you see these human forms that he drew, they are almost alive. And perhaps because he is my brother, so I feel the diligence and the perfections that he put into every mark, the blending.” 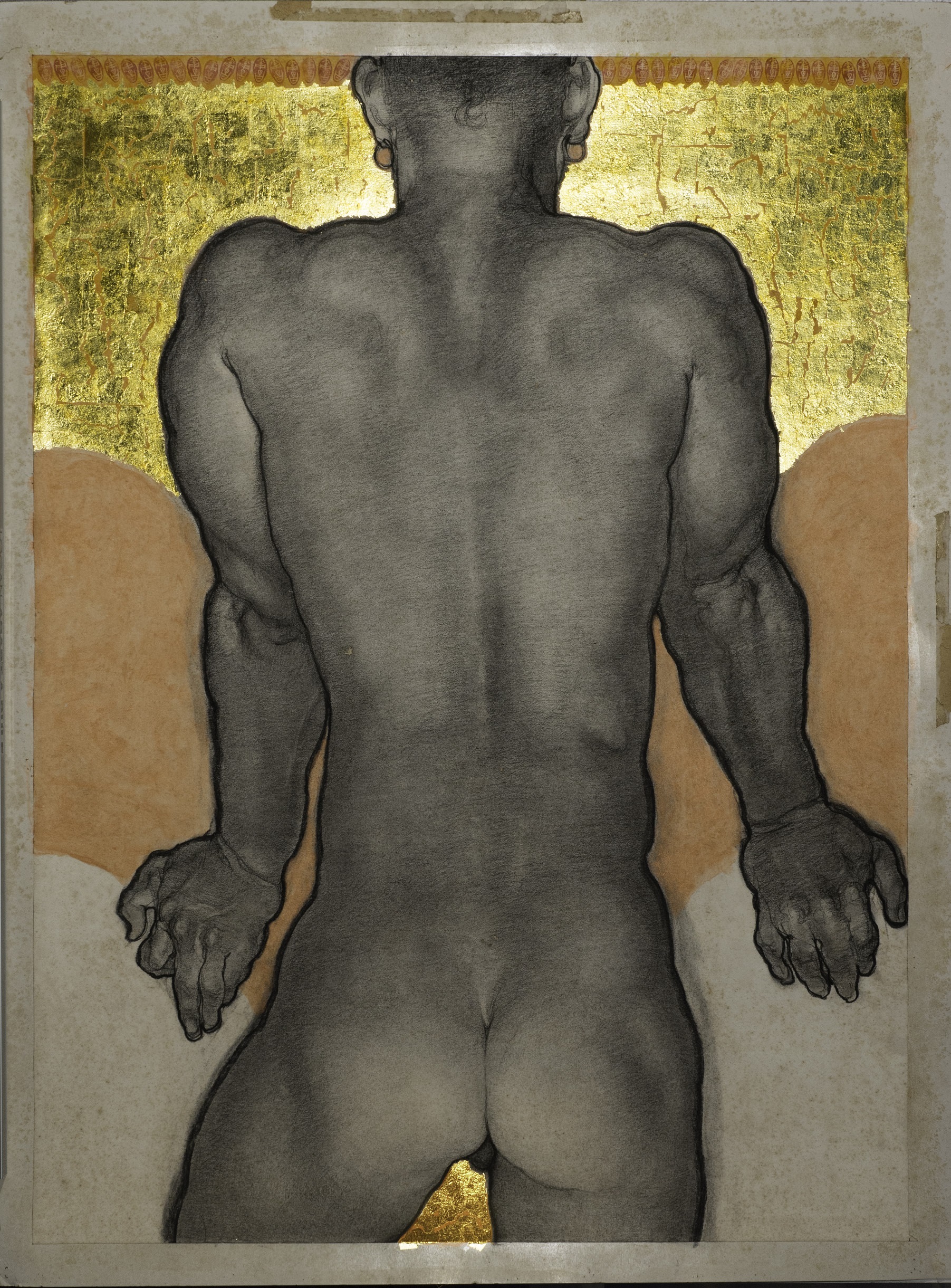 Embodiment | Sentience runs at The Private Museum till 9th December 2018. Admission is free. For more information, visit the website here

0 comments on “Museum Musings: Embodiment | Sentience at The Private Museum”