The Fool Theatre (TFT) is the newest company on the block to join our ever growing local arts scene. Founded by Xavier Kang and Tung Ka Wai, TFT debuts this weekend with their inaugural production – an original script titled Because Its Fun!

Written by Tung Ka Wai, Because Its Fun is set in a local school, and deals with themes of bullying as a teacher deals with the fallout following a student’s fall from a rooftop. We spoke to director Xavier Kang and performer Audrey Luo to get a little more insight into the production before it premieres this week. Read the interviews in full below: 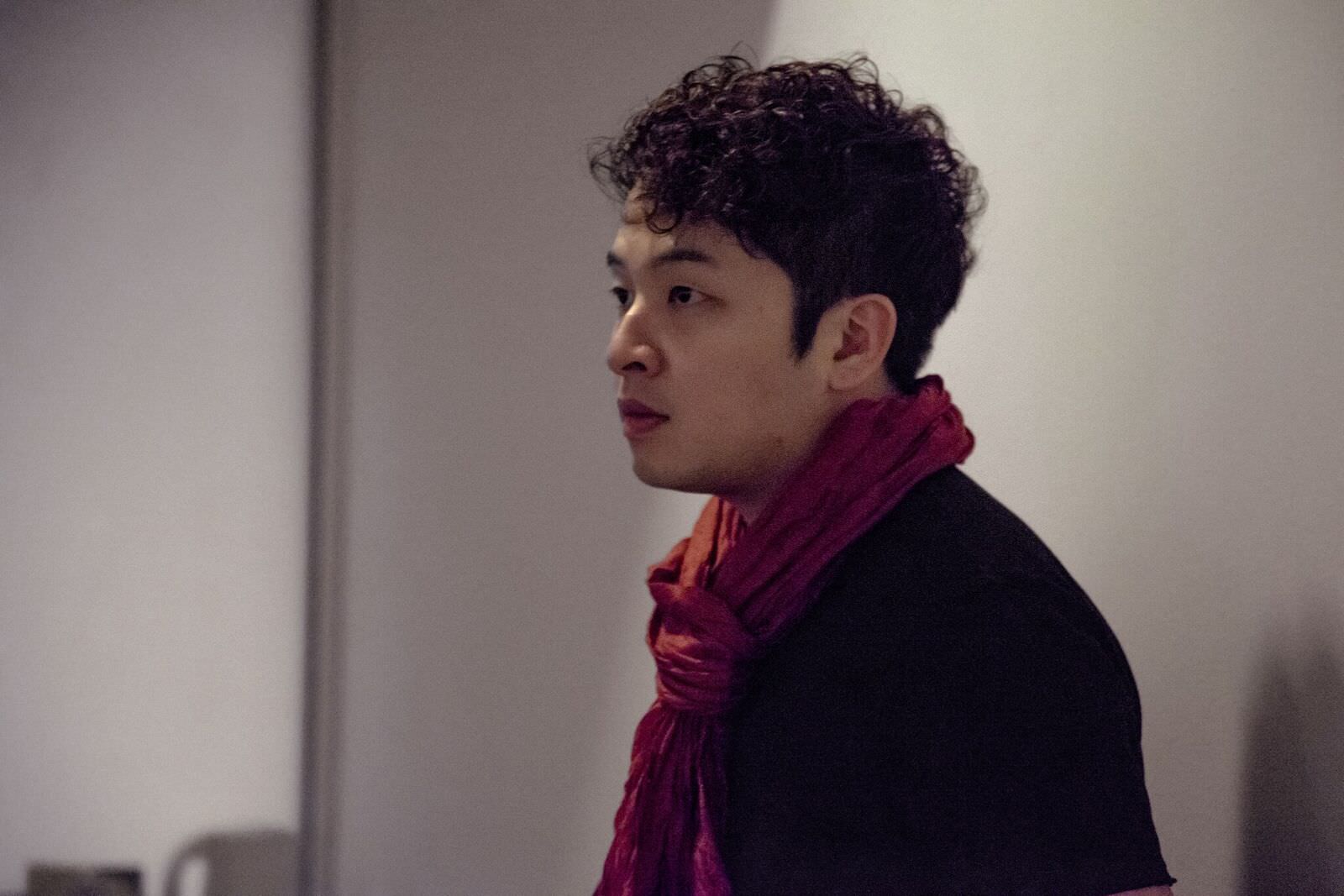 Bakchormeeboy: What was the starting point and inspiration behind wanting to stage and present Because It’s Fun?

Xavier: In our current day and age where social media is growing to be a main part of our lives, I realised that there are many crude remarks made by members of our society, some to entertain themselves at the expense of others, and others purely out of hate.

Such undesirable behaviour and insensitive remarks cause stress and anxiety to the people receiving these comments. Because It’s Fun questions how we act in the presence of others, and how we are perceived just because of our past behaviour or incidents we may be directly or indirectly involved in. 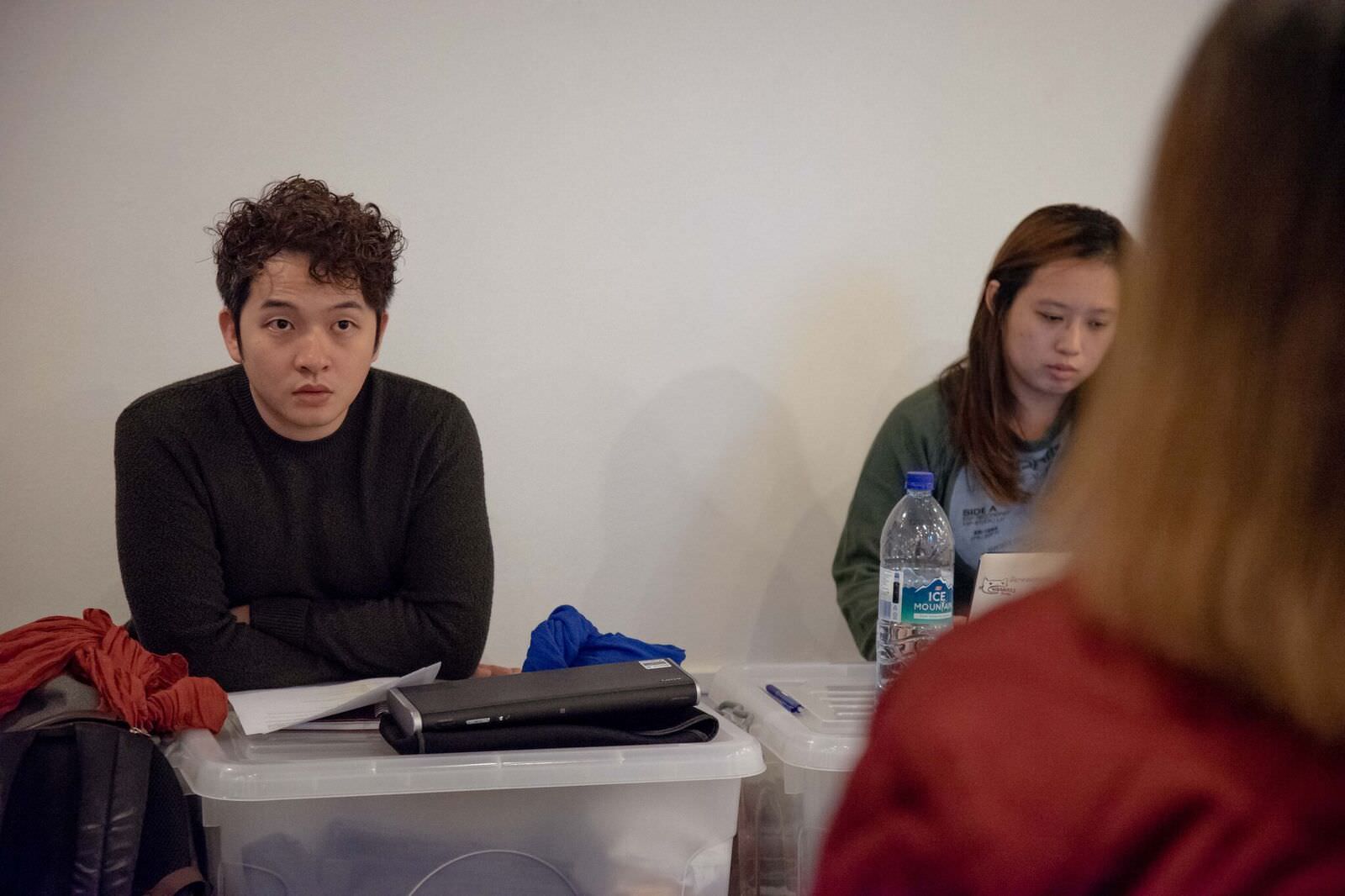 Bakchormeeboy: The Fool Theatre aims to explore ‘various mediums and methods, and integrate different styles and art forms.’ What are some of these multimedia/art forms we might expect to see in Because It’s Fun?

Xavier: One form we are tapping on is the heightened sense of mask work. There are more but it will be too obvious to the audience. They will have to come watch and understand. 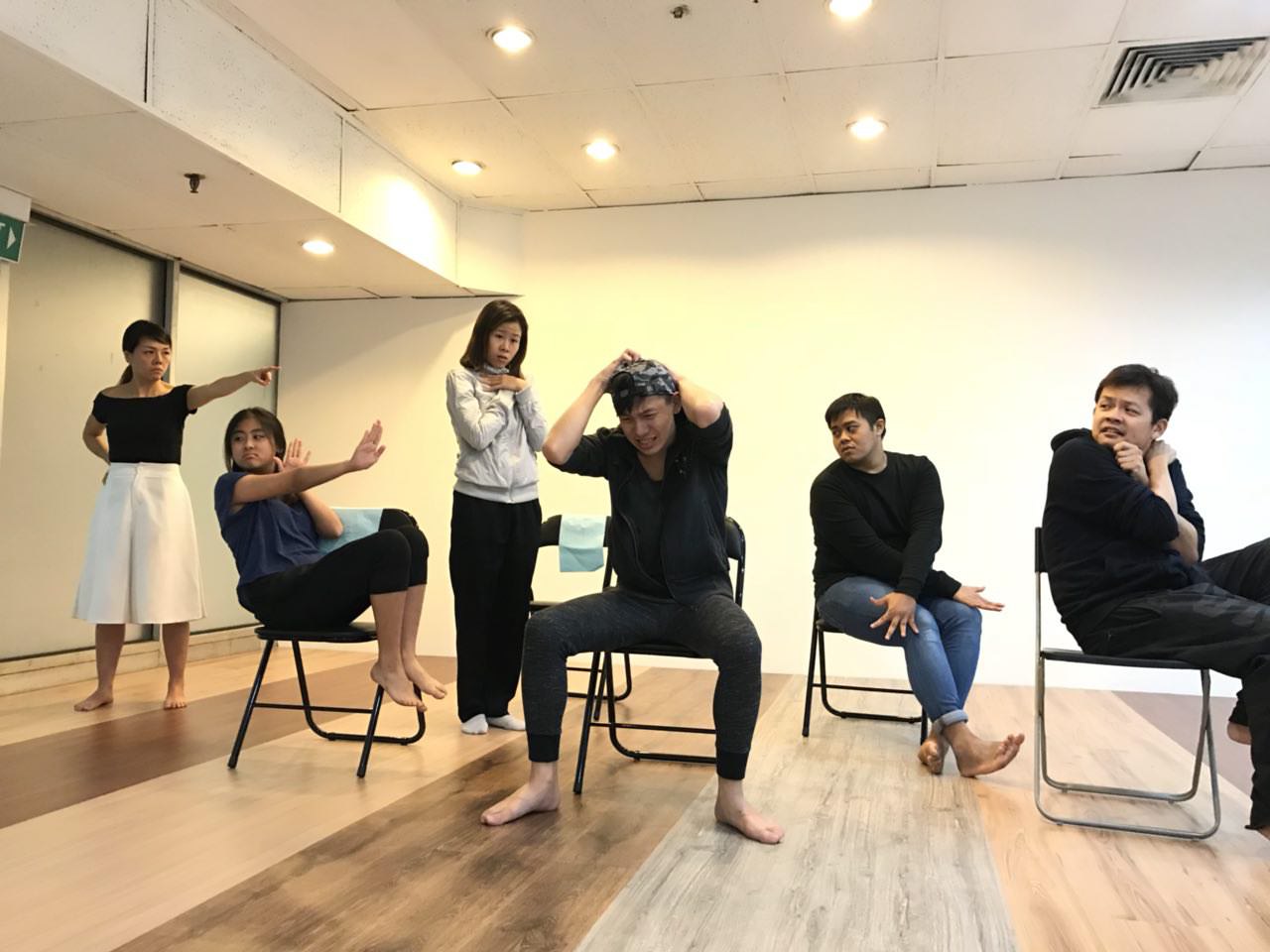 Bakchormeeboy: Your cast comprises a mix of veteran and newer actors to the scene. How do you ensure that each and every one of them are able to fully bring out their characters onstage and have there been any major challenges in your directorial process so far?

Xavier: Regardless of their stage experiences, all 5 actors went through rigorous process of auditions and a series of 6 intensive workshops before we started our first rehearsal. I gave them a lot of assignments on character work. We even brought in the experts from TOUCH Youth to gain some critical insights on bullying during the first workshop. The session gave us a very much needed understanding on the behaviour of bullied victims, bullies and bystanders, family backgrounds and the reasons behind such actions.

The only major challenge was to adapt to the changes of the script because I wanted a process of development where we learnt with each other along the way during the investigation of characters.  I am blessed to have a cohesive cast who are willing to grow with me and The Fool Theatre. The results? The characters are seemingly tailor-made just for them. 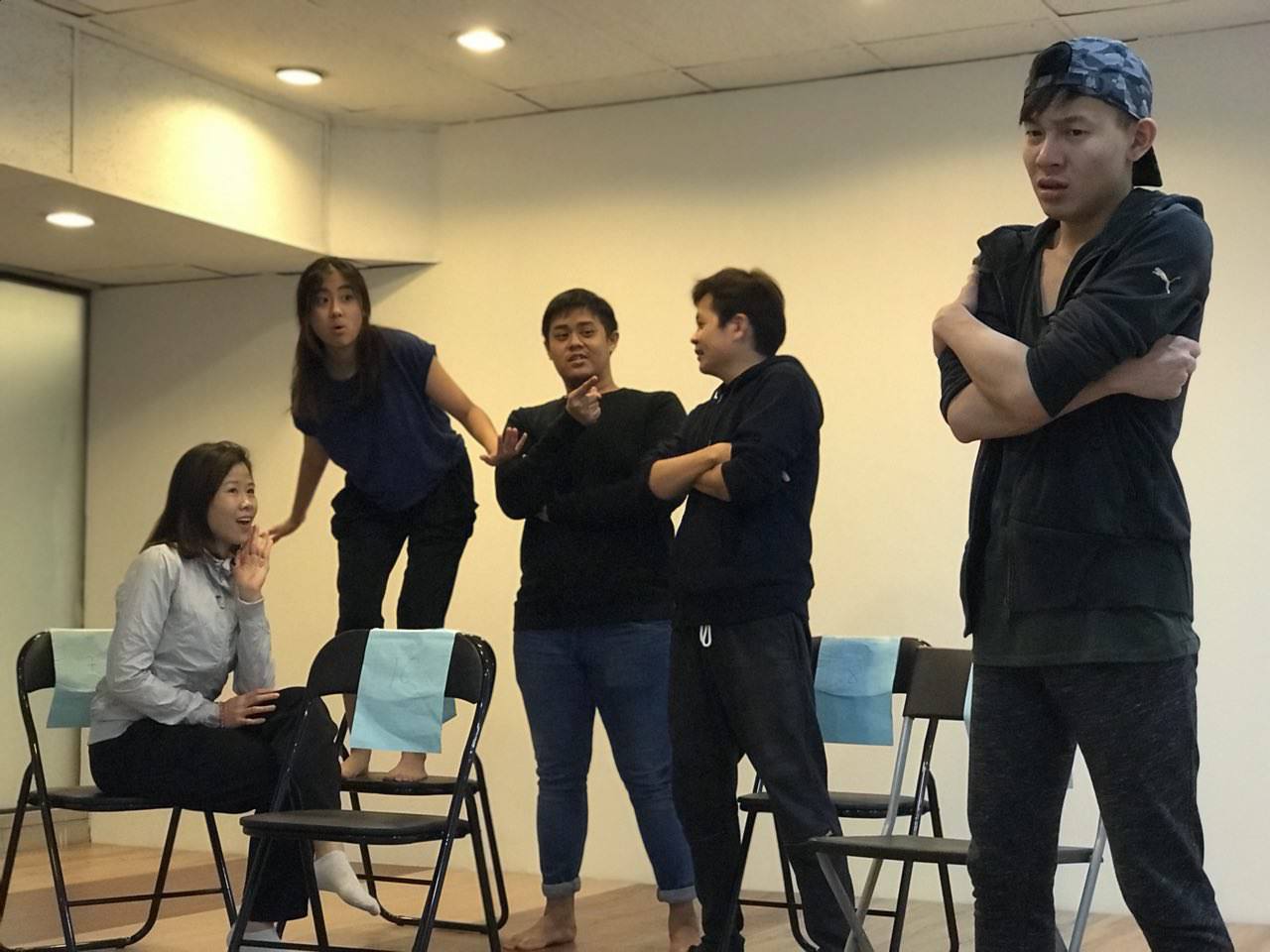 Bakchormeeboy: As co-founder, what gap do you think The Fool Theatre fills in the local theatre scene, or what do you hope to add to it?

Xavier: TFT aims to talk about issues that resonate with everyone in our society, to forge closer bonds within our Singaporean community. And we want to be careful not to end up whining and complaining at the same time. It’s better to bring about more positivity. I also feel that we need to create and present more works that bring out our unique Singaporean identity – multiethnic, multilingual. So we are now working with writers in different languages on our productions for 2019.

As a director and an actor myself, I understand how competitive it is to get jobs in theatre, regardless of creative, cast and technical roles. We have many fresh talented grads who end up doing work that aren’t related to theatre. I hope to provide more opportunities to these budding theatre practitioners. I hope to grow together with them as a team. 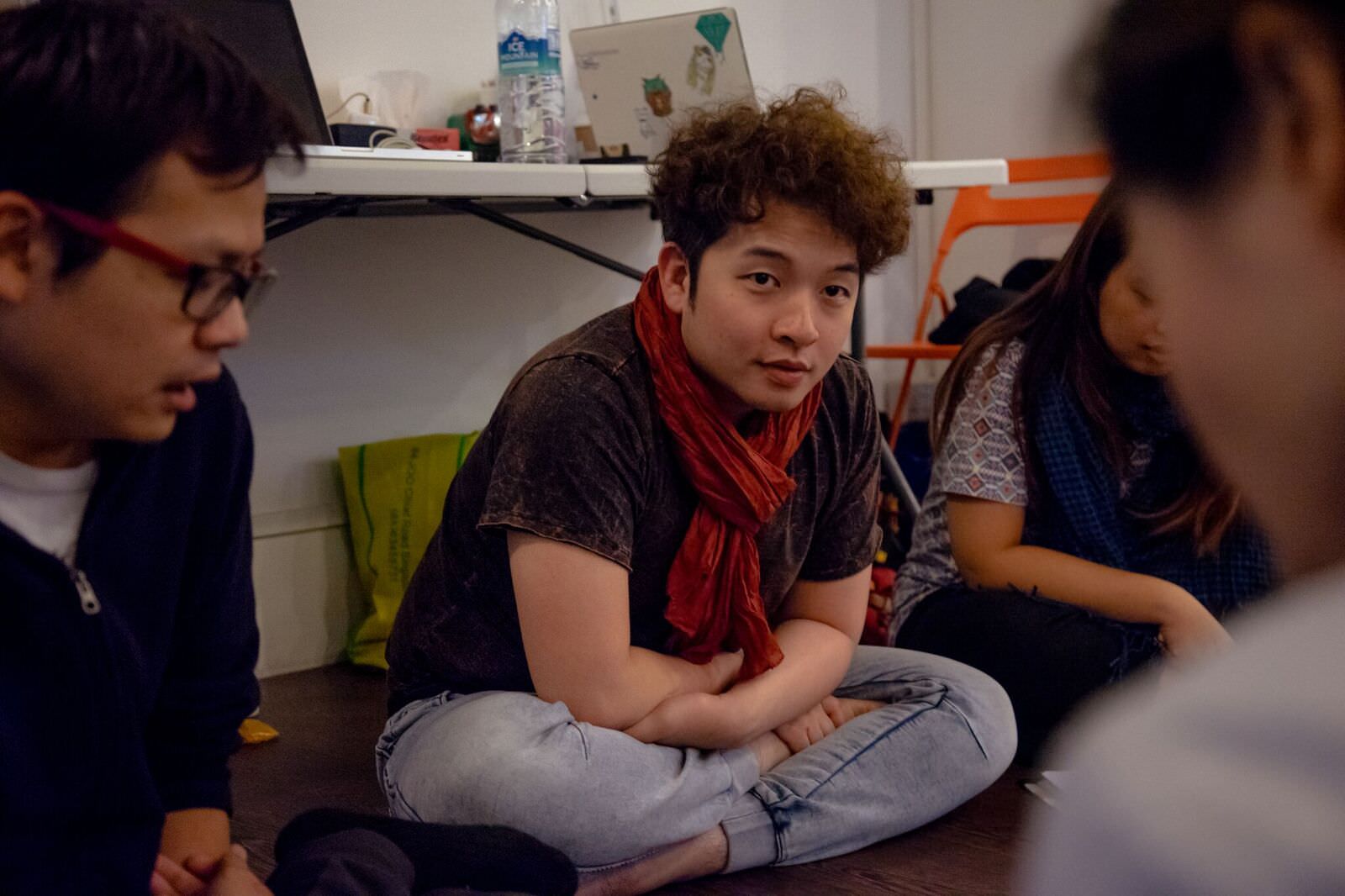 Bakchormeeboy: Do you think there is enough support given or space for new theatre companies interested in breaking into the local scene? What additional kind of support would you like to see, and who from?

Xavier: I would say yes and no, on the adequacy of financial support for new theatre companies like us. While the folks at NAC had been very supportive by giving us lots of advice on grant applications and development of the company, their strict criteria for receiving the grants aren’t helping. We see more funding opportunities outside of NAC but demand is still way much higher than supply. We definitely need more sponsors for theatre.

Because of our theme on mental wellness, we have found additional support from NYC and some VWOs, like TOUCH and Over The Rainbow. Fortunately for me, I have very good mentor and friends who supported me in any way they could.

I guess the recent unveiling of Our SG Arts Plan by NAC shows their determination in enhancing their support for the arts. I hope this will also encourage the private sector to support theatre generously. 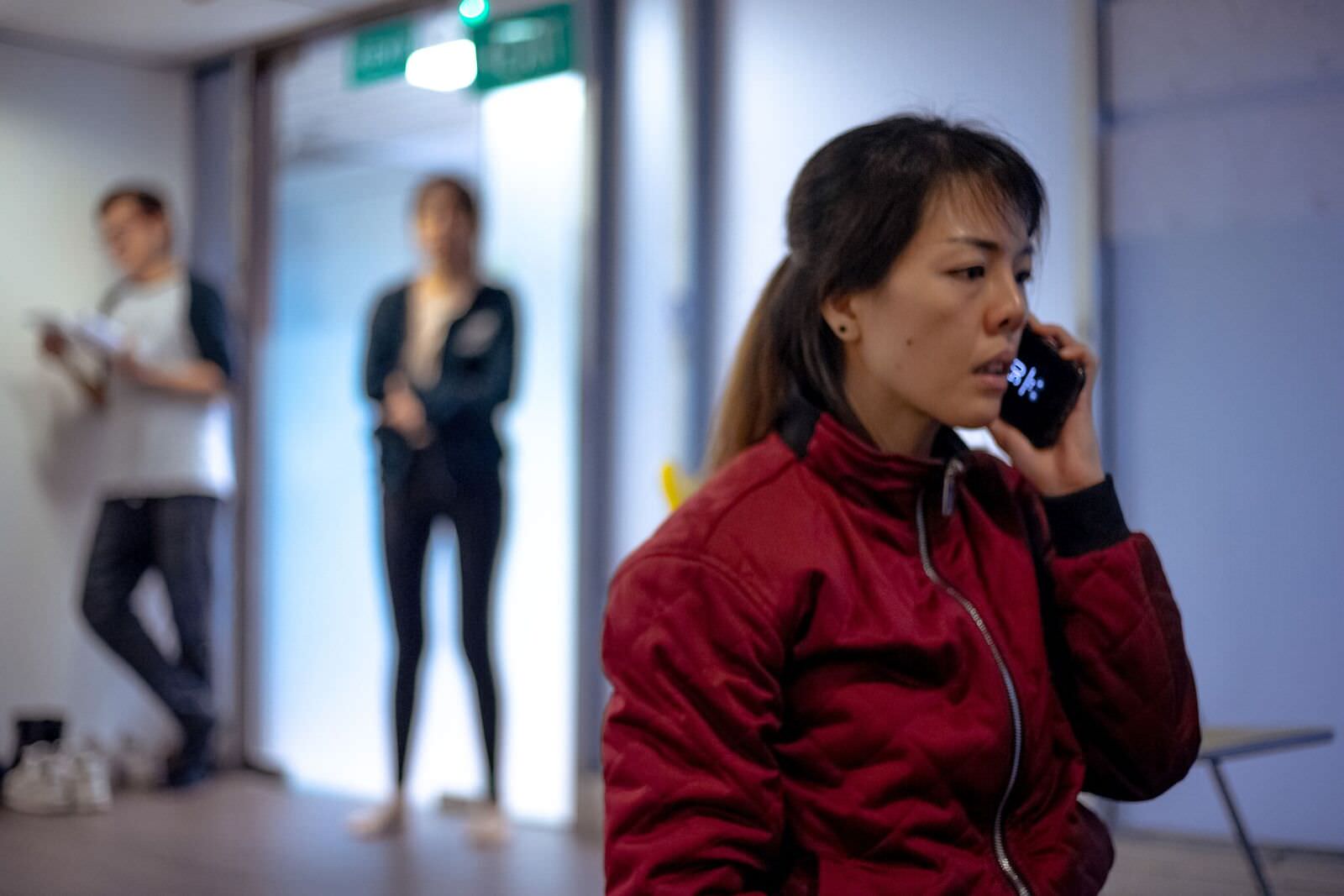 Bakchormeeboy: How did you get involved with this project, and why did you decide to join The Fool Theatre in their debut production?

Audrey:  I know how difficult it is to produce a show, having co-produced and acted in My Mother’s Chest in 2016. So when Xavier mentioned he is going to start his own theatre company I was happy for him and asked if he needed any help. The next thing I knew, I was cast in their debut production. 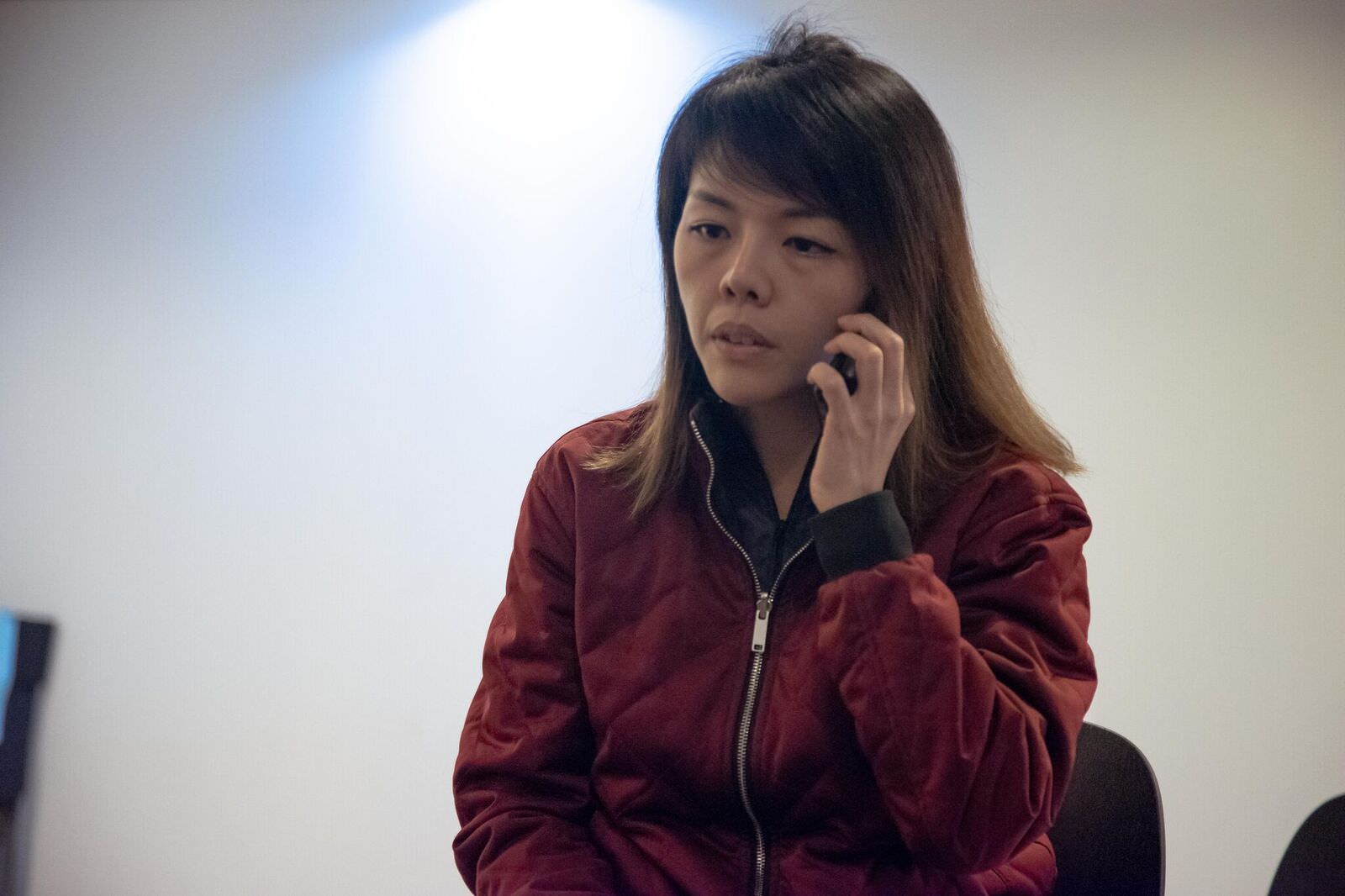 Bakchormeeboy: Do you have any personal experience with bullying yourself? What do you think is one thing adults can do to prevent that?

Audrey: When I was in a part time job 12 years ago, there was a senior (who was also named Audrey). She was rather rude and unkind towards me for about 3 months. We should stand up for ourselves and not be afraid to talk things out so as to curb this unhealthy bullying culture. 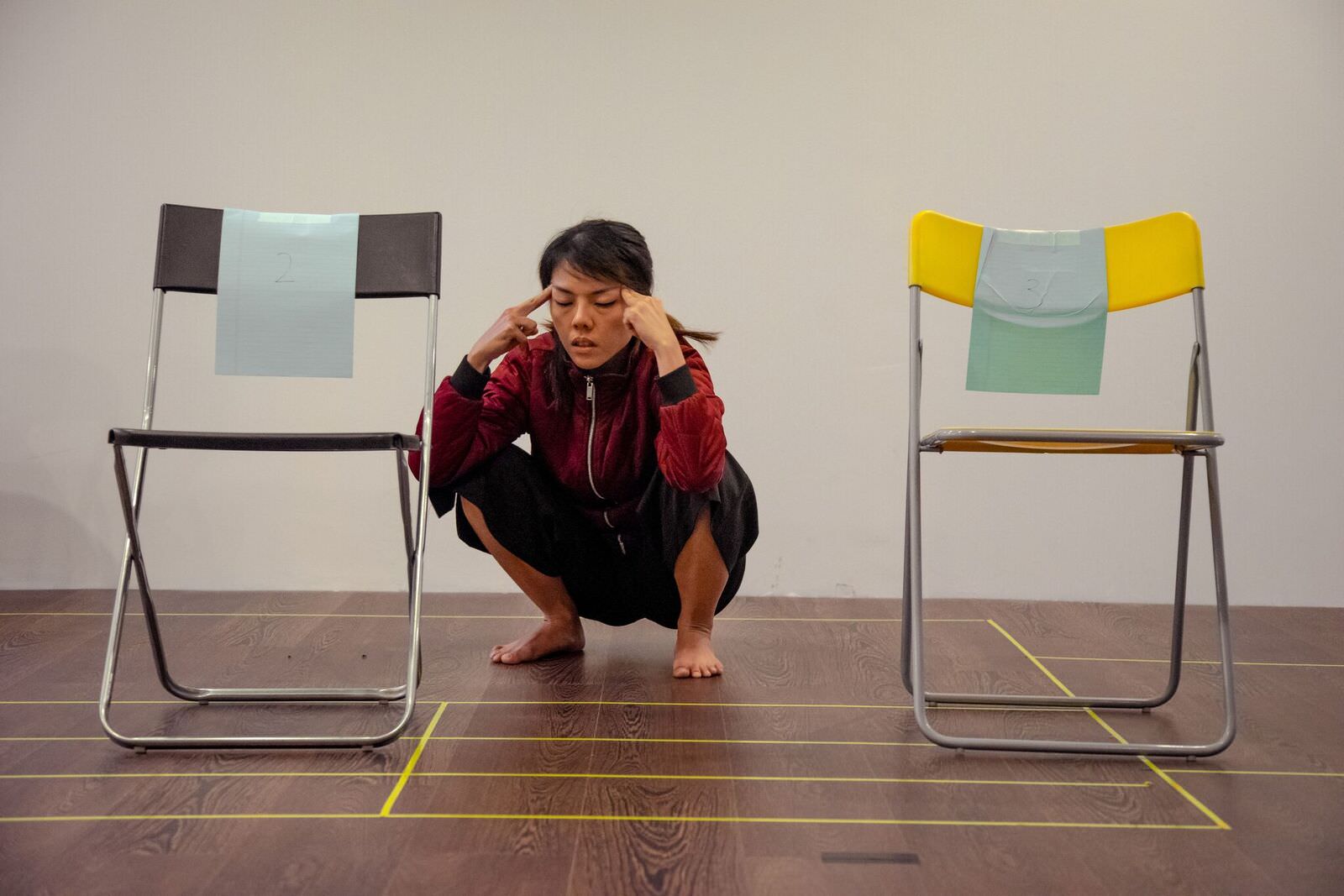 Bakchormeeboy: Tell us a bit more about your character and how you’ve been preparing for it, or where you’ve been getting inspiration from?

Audrey: Miss Lim is a cute and quirky Chinese teacher. I have many teacher friends and have been chatting with them to know more about their daily lives. I also watched movies that dealt with the theme of education. Come watch to find out more about Miss Lim yourself! 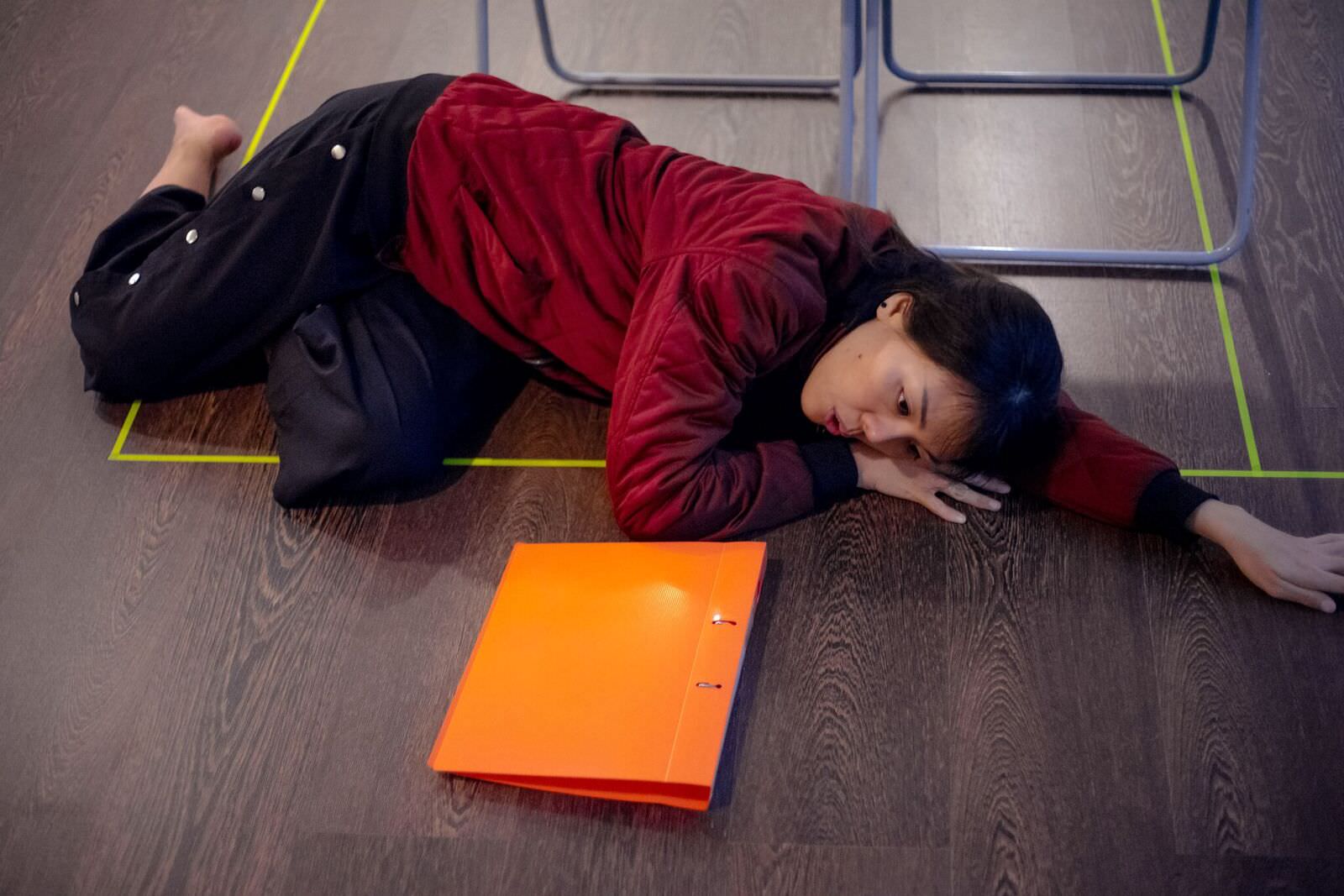 Bakchormeeboy: Why is it important that audiences come to watch Because It’s Fun, and what do you hope they leave the theatre with?

Audrey: I hope people will leave the theatre getting the message that no one deserves to be bullied, even if he or she used to be a bully. 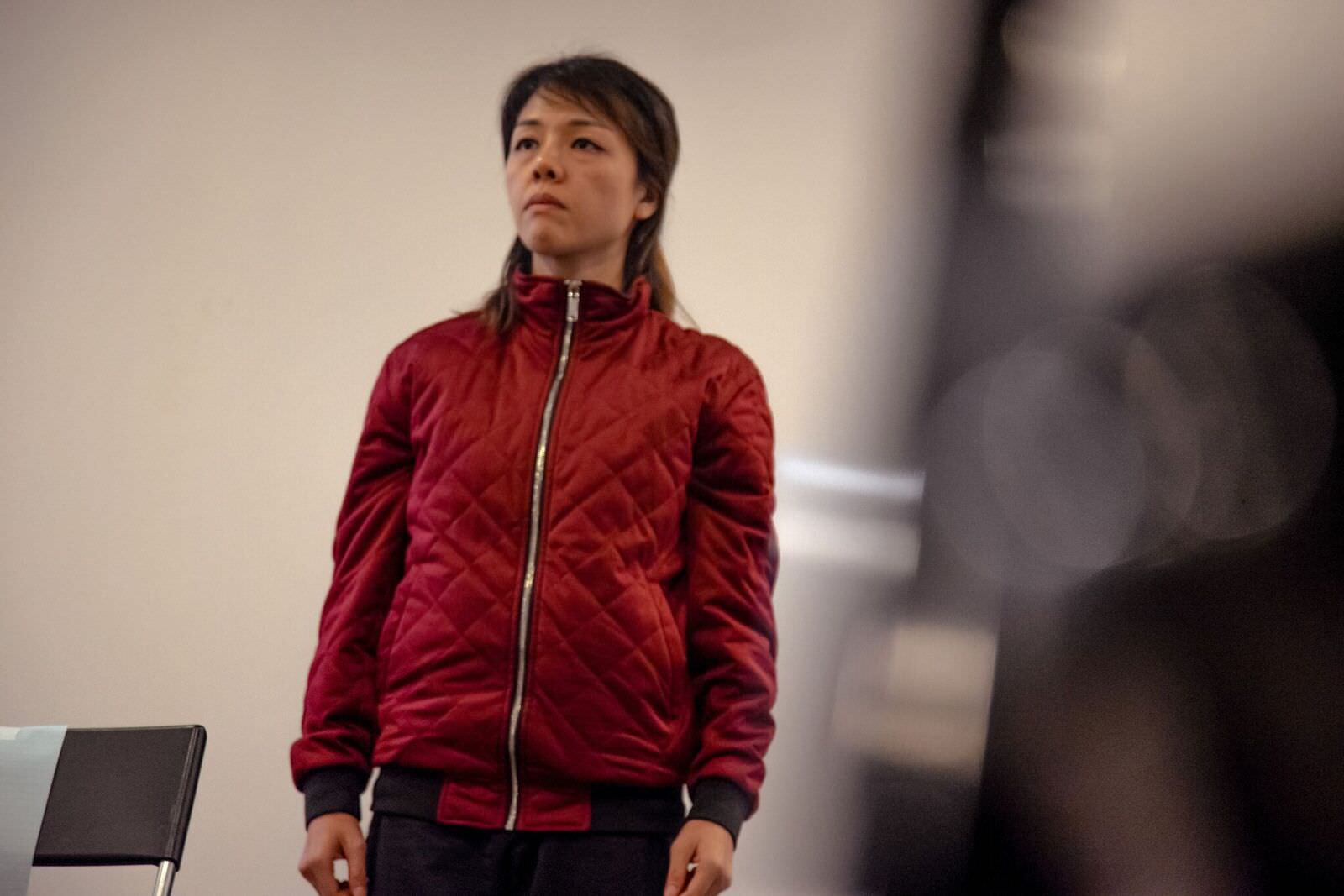 0 comments on “The Fool Theatre’s Because it’s Fun: An Interview with Director Xavier Kang and Actress Audrey Luo”