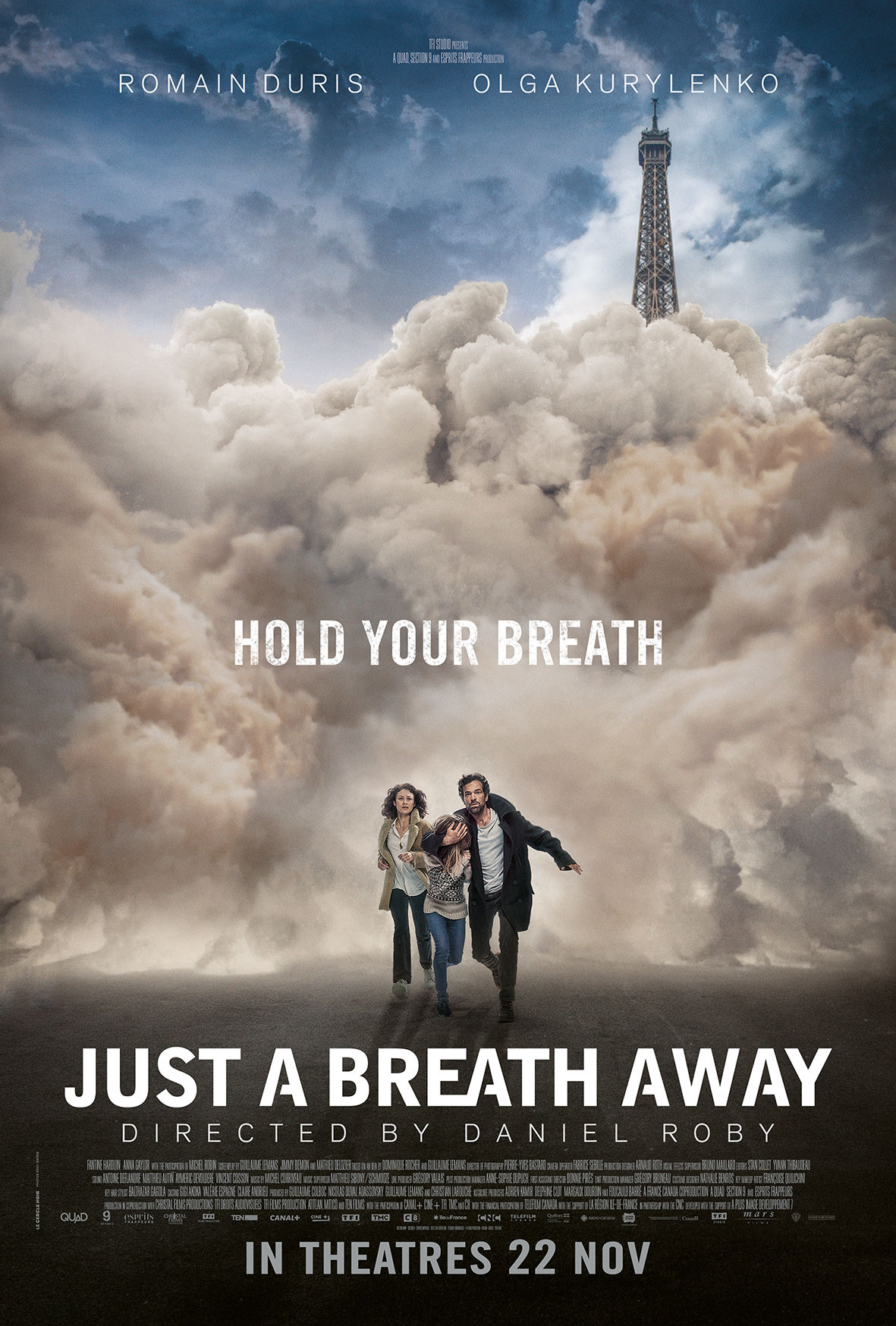 Last week, Daniel Roby’s Just A Breath Away opened the 2018 French Film Festival Singapore. The post-apocalyptic thriller film follows separated parents Mathieu (Roman Duris) and Anna (Olga Kurylenko), as they raise an 11 year old daughter, Sarah, with a unique childhood illness. Forced to survive in a hermetic, bubble-like chamber with its own oxygen supply and all the comforts of a room, things get messy when a mysterious earthquake causes a mass power cut, and a raging dust storm emerges that promises to kill anyone who breathes in the toxic air it brings with it.

Rushing to the penthouse of their apartment where the dust storm cannot reach them, the parents quickly realise that their daughter has only 10 hours of battery life left in her tank. Determined to save her by transferring her to a special suit, Just A Breath Away takes family drama to new heights as both Mathieu and Anna race against time to save their daughter.

Going their own separate ways for alternative solutions when the suit they find is damaged, with only a single oxygen tank, Mathieu explores the chaotic city and descends into increasingly violent tendencies as he fights and kills a policeman attempting to stop him, before he hops on a stray motorbike and swerves to narrowly avoid what appears to be his daughter’s friend in the open, usually a fellow child in a tank.

As time runs out, Mathieu rushes back to the apartment while Anna counts down the seconds left before the battery runs out. In desperation, Anna holds her breath and braves the dust storm to recharge her daughter’s tank, succeeding, only to succumb to the toxins on her way back up to the penthouse.

As Mathieu returns to the house only to find his ex-wife dead and gone, and the toxic air begins to rise, all but ensuring his death, Just A Breath Away reaches its absurd, tragicomic finale – his daughter, joined by the boy he nearly hit earlier, emerges from the tank, and reassures him that these bubble children are in fact able to thrive in this new atmosphere. Just A Breath Away then makes an interesting case for considering a paradigm shift to treating the disabled – if the world was structured a little differently, might what we consider abnormal instead be normal instead?

This message, however, gets a little lost in the uncomfortable ending, leaving little emotional resonance as the film closes with Mathieu now the one enclosed in the tank and the children around him, marking a reversal of roles for parent and child. As much as one is left a little disgruntled and a little perturbed by the messy storyline, one can still remain breathless by the immense efforts by actors Duris and Kurylenko in making this unusual family drama work.

The French Film Festival runs from 8th to 18th November 2018 at Shaw Theatres Lido, Alliance Française de Singapour, The Projector and Our Tampines Hub. Prices vary according to location (screenings at Our Tampines Hub are free). For more information, visit www.frenchfilmfestival.sg