LONDON – The Caribbean funeral tradition of Nine-Nights is a fascinating one – unlike the idea of mourning in so many cultures, Nine-Nights instead is a ritual of celebration. Now, that tradition has finally been given a national platform to be presented to the world, as National Theatre presents Natasha Gordon’s Nine Night. 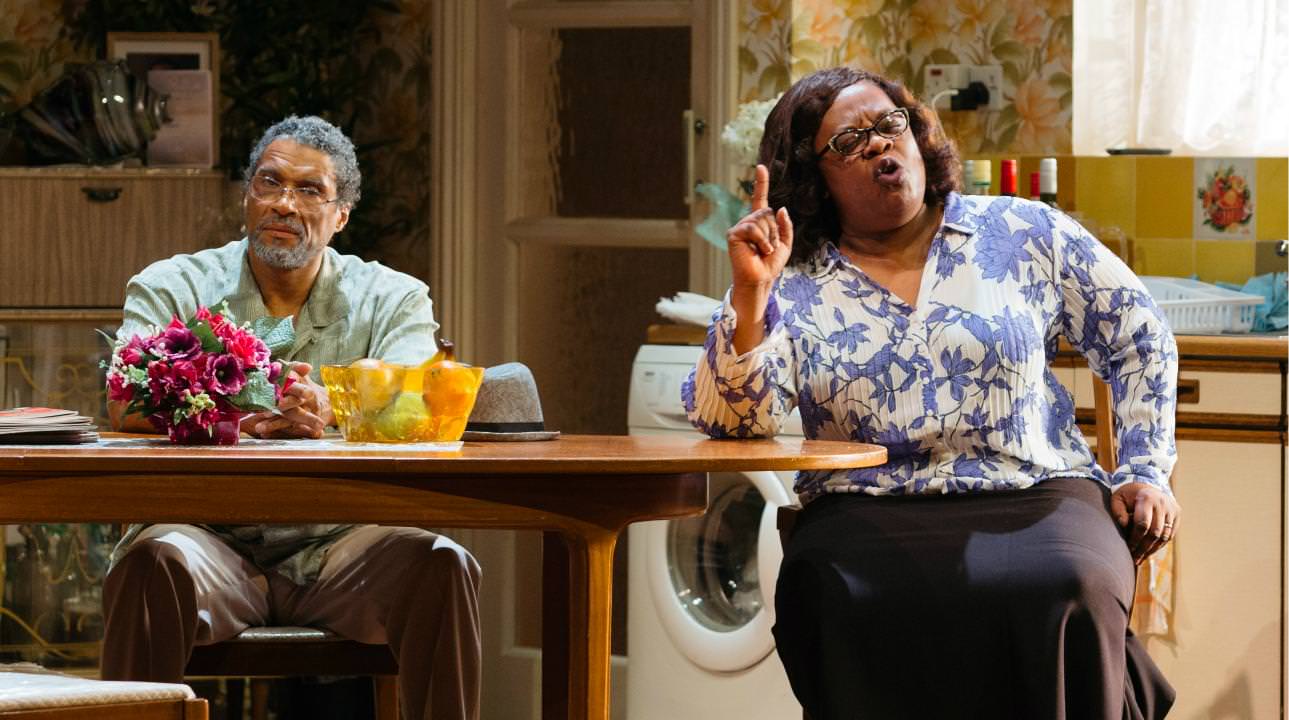 When matriarch Gloria finally passes after a long period of illness, her children and grandchildren arrive at her house to eat, drink, talk and commemorate how Gloria has finally shrugged off their mortal coil, ceasing her suffering on Earth once and for all. But over the week, the wake proves to be a test as family tensions are brought out as the members navigate their relationships, both new and old, with each other. 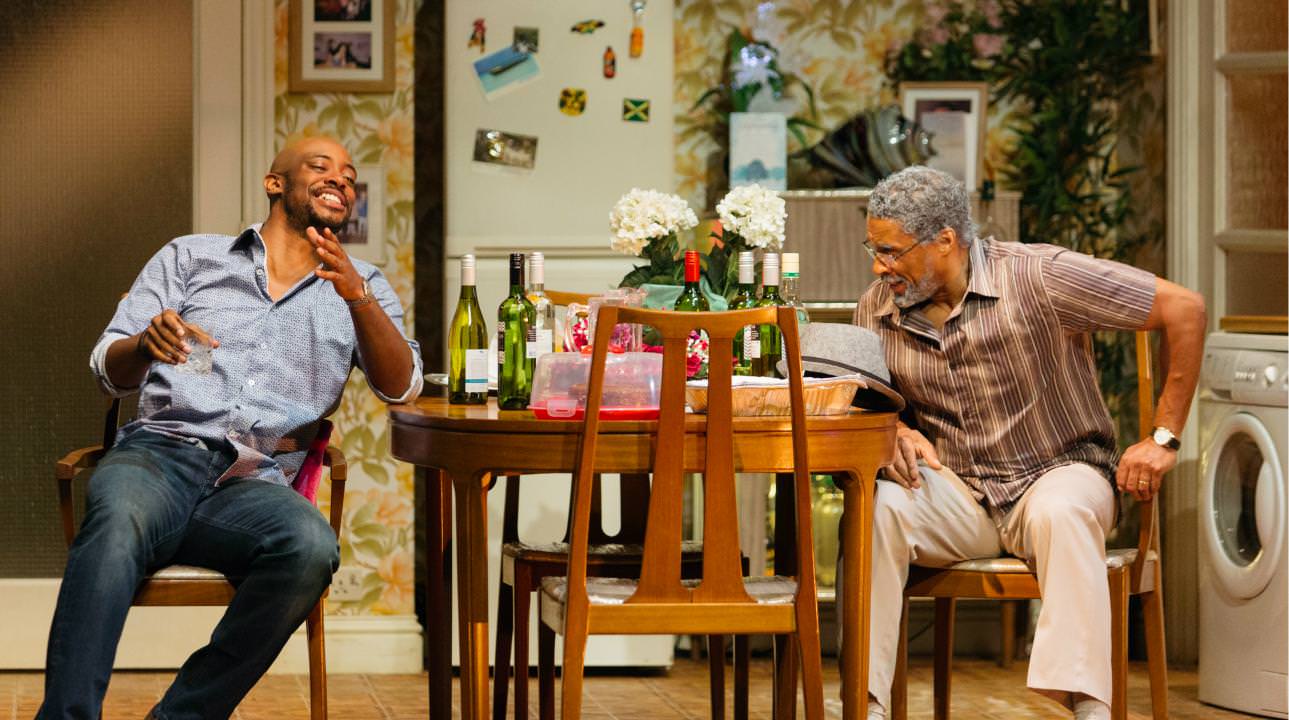 Directed by Roy Alexander Weise, writer Natasha Gordon herself stars as part of the stellar ensemble making up Nine Night, as filial daughter Lorraine. The play takes place entirely in the family kitchen, a compact set by Rajha Shakiry that feels homely and real, with all the details and paraphernalia of one. Lorraine is joined by her grown up daughter Anita (Rebekah Murrell), dodgy businessman brother Robert (Olivier Alvin-Wilson) and his white wife Sophie (Hattie Ladbury), and aunt and uncle Maggie (Cecillia Noble) and Vince (Karl Collins). 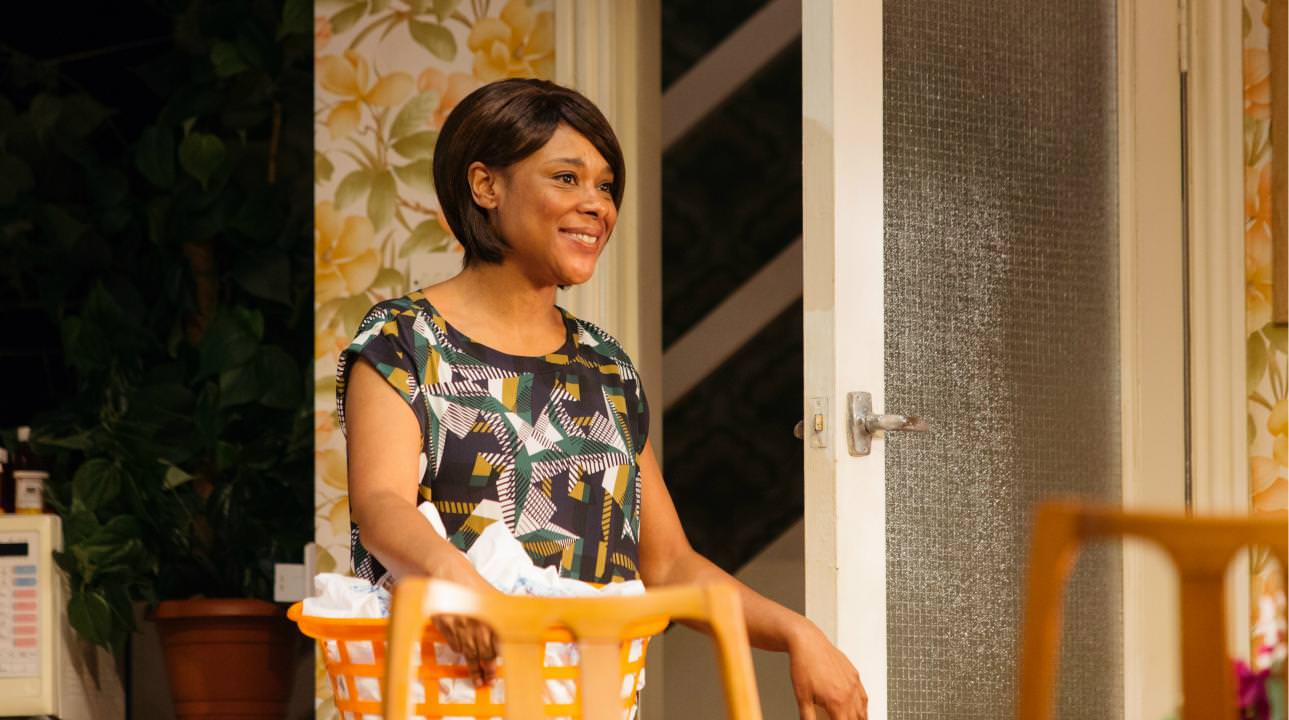 Together, the ensemble make up a ragtag but familiar family, with all the usual concerns and private language a close knit bunch of people share. Early on, Lorraine, for example, relies on old family recipes in the hopes Gloria gets better with chilli and carrots. Throughout the play, there’s an incredibly believable onstage chemistry from the dynamics seen between the entire family – Lorraine and Robert are on tenterhooks with each other, bordering on full blown argument as the latter reveals plans to sell off the house while Gloria’s body is still warm, while both siblings are united in their shared animosity towards estranged sister Trudy (Michelle Greenridge), who comes in like an entitled storm towards the latter half of the play, enraging her siblings over her fair-weather attitude towards the family with her years of absence. 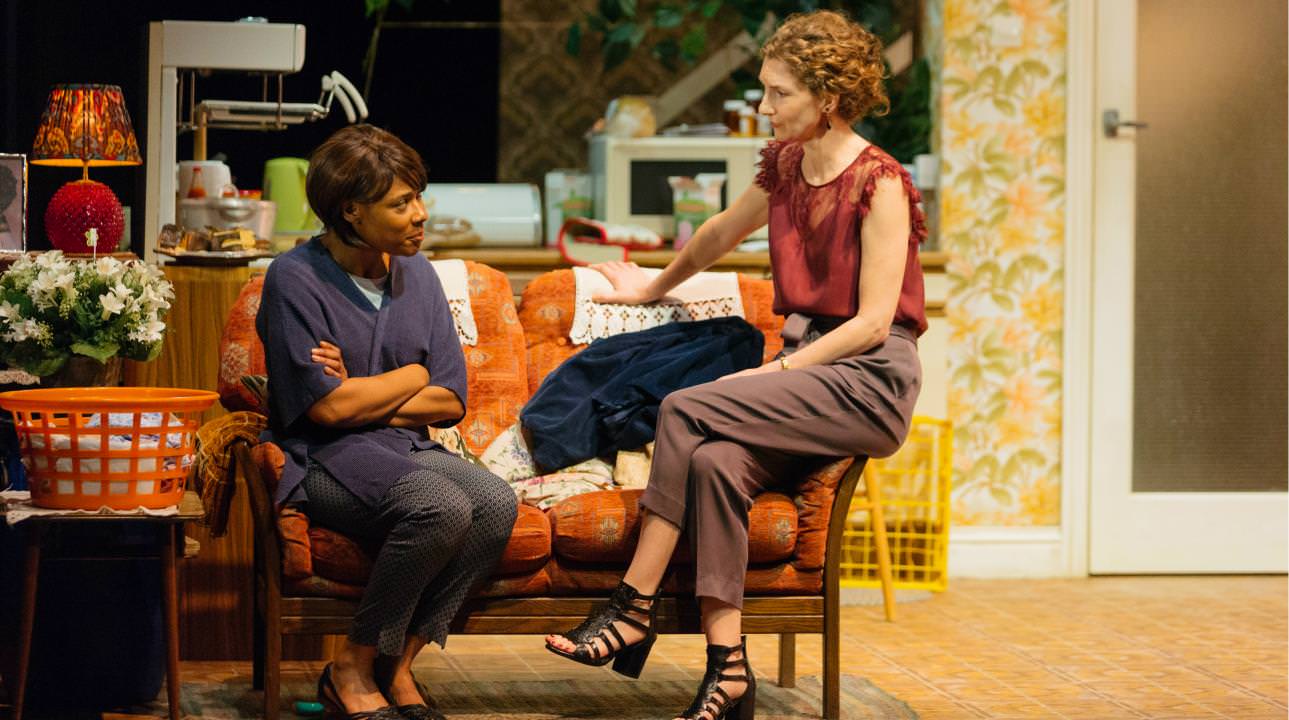 Gordon’s script always feels genuine, bringing out the humour of the everyday conversations in her naturalistic lines. Cecillia Noble in particular, is almost always at risk of stealing the show with her thunderous one-liners as the over the top Aunt Maggie. Maggie is a riot, from comparing the restorative powers of chicken with Jesus himself, to a spirited debate on how best to deal with Gloria’s body, loudly opposed to the idea of ‘cooking our people’. It’s moments like these that lift the mood of the otherwise heavy play. 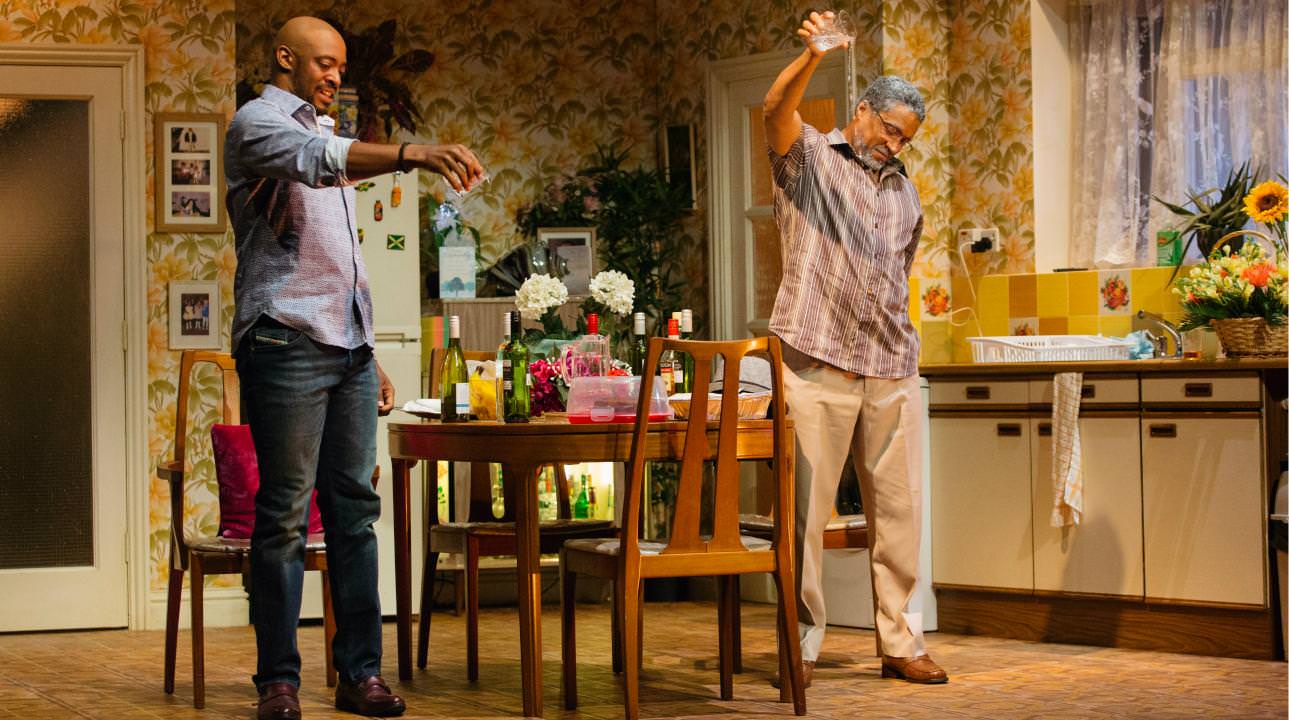 But even when the moments of grief come, Gordon achieves this with a deft hand, wringing out the emotions death brings in full. It’s perfectly understandable how tense the atmosphere in the room tends towards, the cast’s body language suggesting family members on the edge of coming down hard on each other for the slightest misstep. Lorraine in particular is left a wreck following the death, and one feels for her with Gordon’s ability to bring out her character in full as she wrestles with jealousy, responsibility and her own sadness. 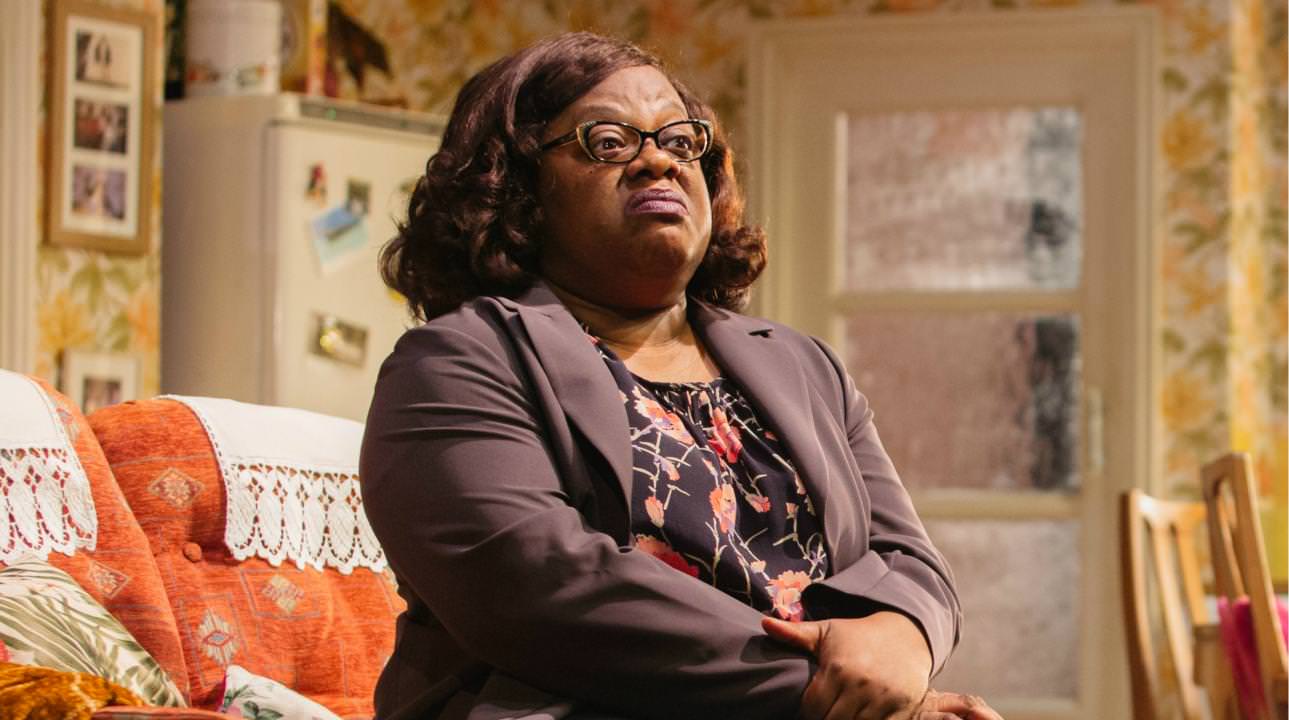 The tradition of Nine-Nights is also well-respected, and never comes across as a convenient ritual to move the play along. Traditions are played out onstage and brought to life, from holding hands to share prayers and hymns, to the act of moving things about in the deceased’s room to ensure they would not recognize their home, in the hopes that their spirit would move on from the terrestrial realm. Even when the spookier, supernatural elements are introduced, because of how rooted in tradition and emotion the play has led us to become, it never feels out of place. One can practically feel a shiver run down our spine as Anita speaks of being able to feel Gloria’s spirit passing through. 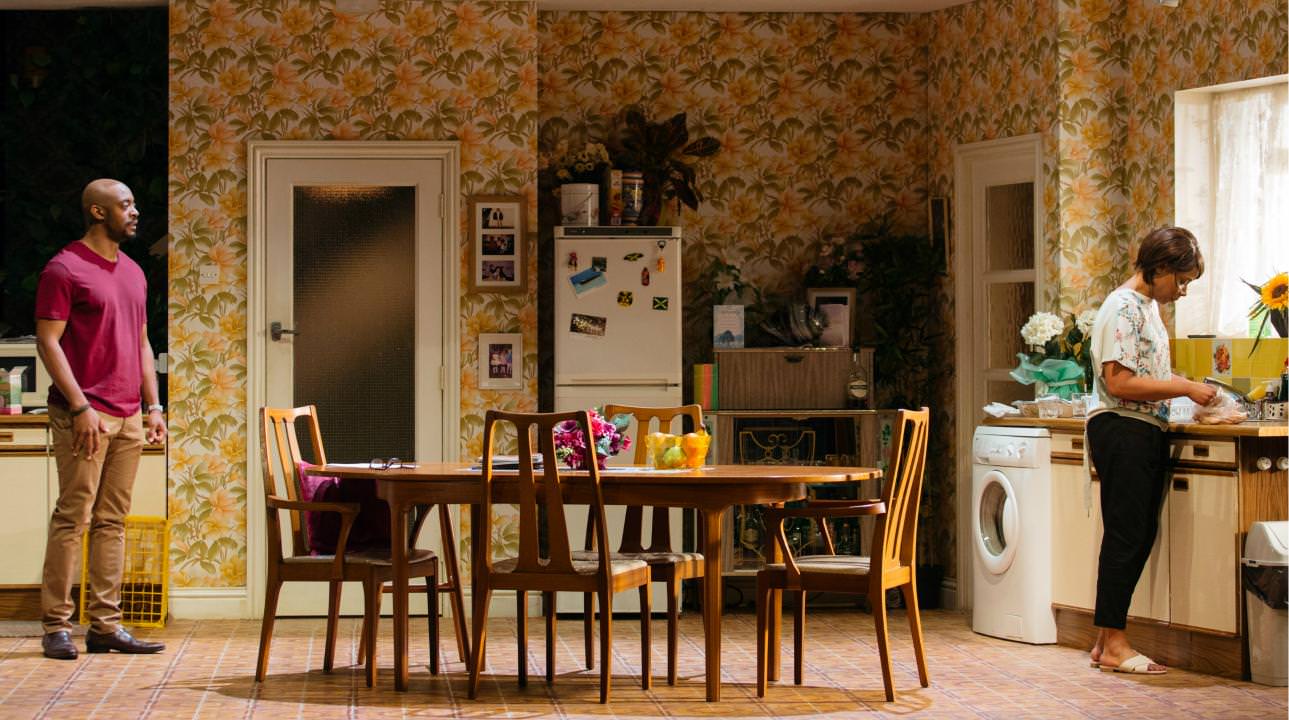 Nine Night ends on an emotional note, as Anita and Lorraine share a hug, their relationship stronger than ever as they embrace, filling the audience with warmth, joy and comfort, as they face this adversity together. Lorraine’s family certainly isn’t mended by the end of the play, with plenty of unresolved tensions still hanging in the air, but it is the death of Gloria that helps them realise the presence of such issues, unveiling the unspoken pain from the gloom hidden behind celebration, food and music. Unique in its portrayal of a funeral, yet universal in its message of the ties that bind and fray in a family, Nine Night is a resounding debut from Natasha Gordon that proves her as a proficient writer of domestic drama, equal parts powerful and moving as the family mourns in their own way, and learn, slowly but surely, how to move on. 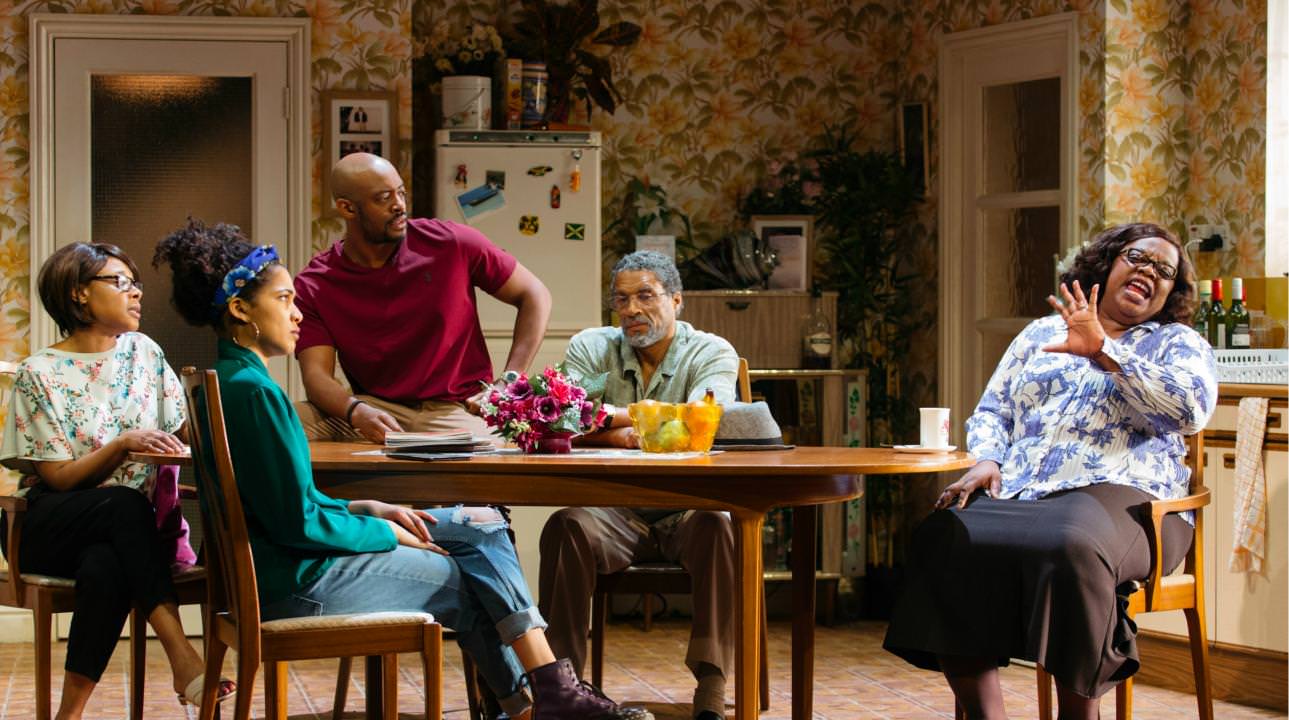