Arranging for our interview at the iconic Foyle’s bookstore on Tottenham Court Road in London couldn’t be more appropriate. Jemima Foxtrot, one half of Unholy Mess is, after all, a performance poet, and words, naturally, become a tool in her hands. 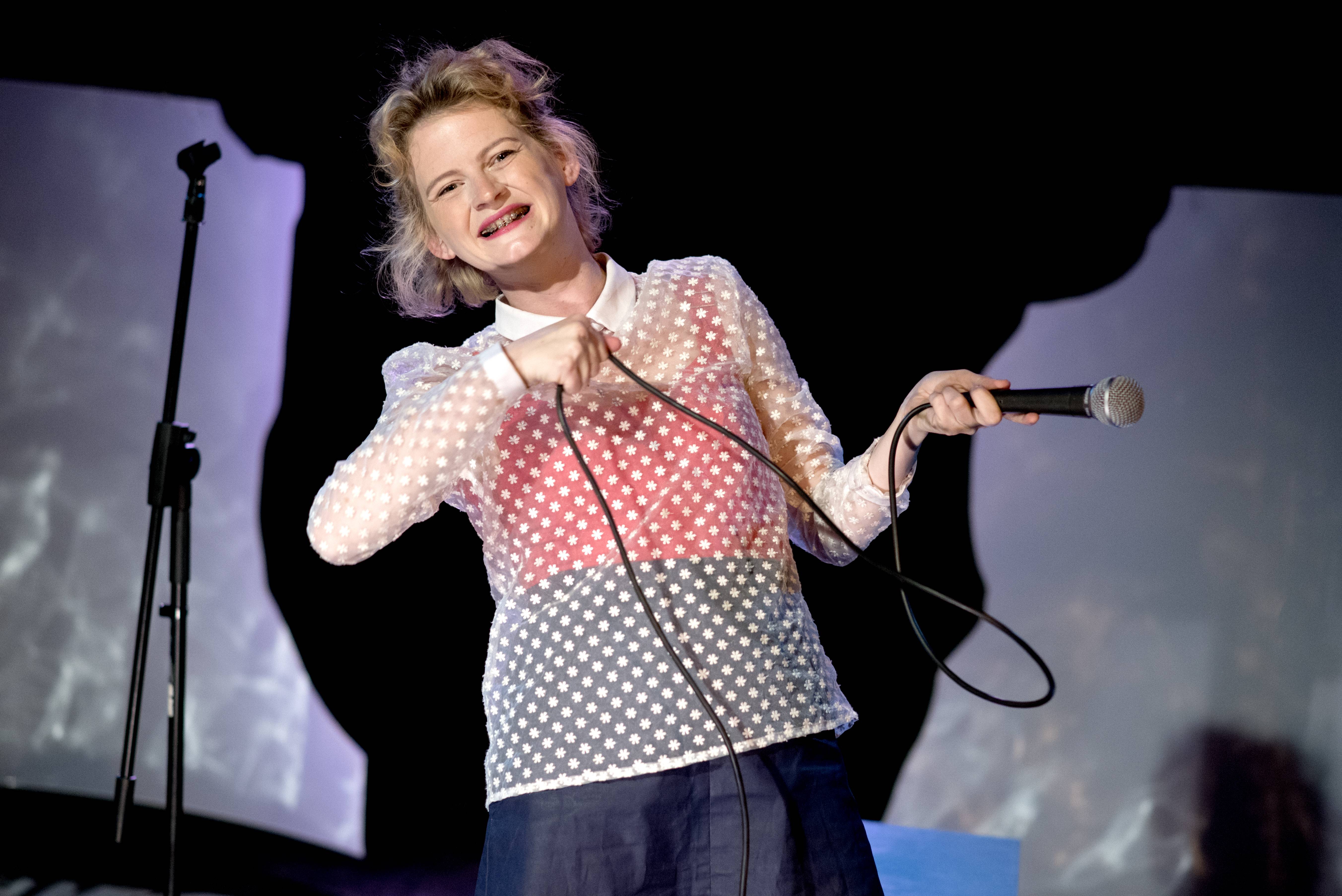 Arriving in Singapore next week, Jemima will be making her debut with Above the Mealy-mouthed Sea at the 2019 M1 Singapore Fringe Festival, a performance combining poetry, song and theatre to present a story about growing up and the legacy of abuse.

On its unorthodox title, Jemima says: “It’s actually taken from a line in the show, where ‘mealy-mouthed’ suggests a fear of speaking straightforwardly to reveal something, while the ‘sea’ portion creates imagery of water, of fishing traps, and together, forms an idea of the struggle to stay afloat in a vast ocean that’s threatening to swallow you up, drown you and prevent you from speaking.” 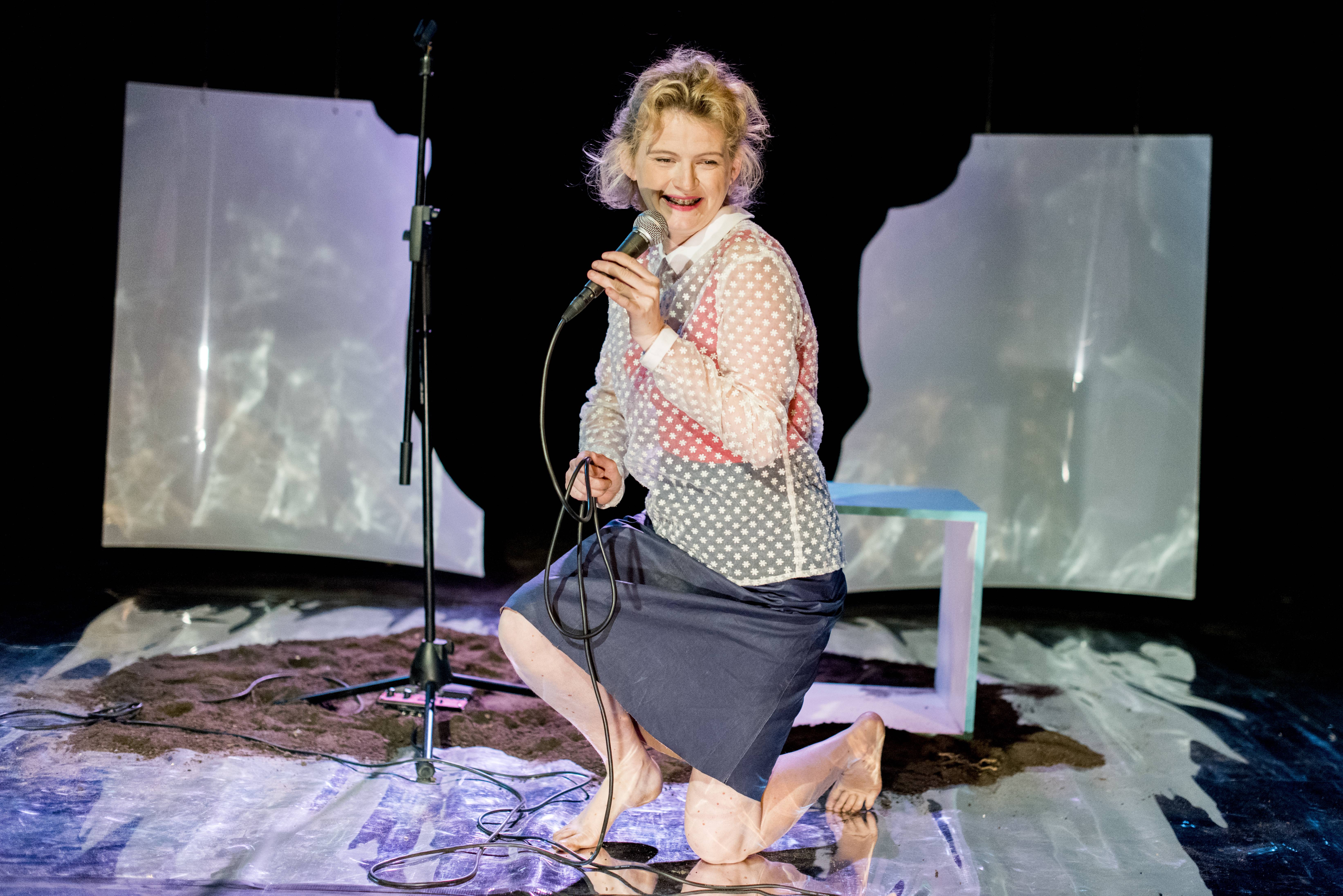 Above the Mealy-mouthed Sea has been described as a ‘mood-piece’, with Jemima utilizing repetitive sounds with a loop pedal to create an aural atmosphere to represent her inner worlds and memories, shifting between both the discordant and the melodious. The thrust of the show sees her weaving three separate narratives together, framed by a joke she tries to tell at the pub but forgets the punchline to while unearthing memories from childhood and exploring American pop-culture. Says Jemima: “We were interested in exploring the way memories can pop up uninvited, and how you don’t necessarily remember things. The way I structured it began with the idea of recounting a job, and how when you’re sad sometimes, as a performer, you still have to put on this brave face.” 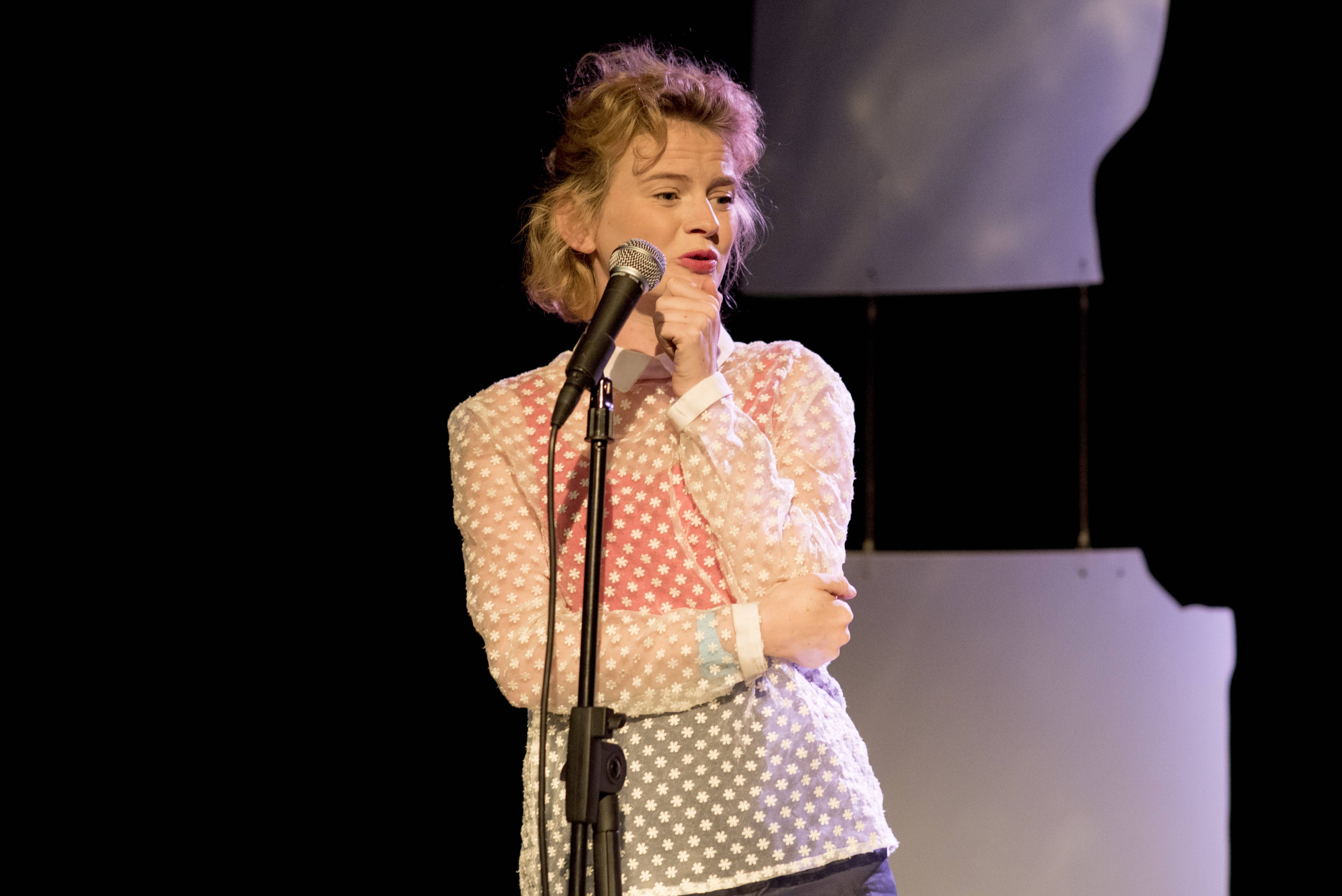 Directed by her fellow Unholy Mess founder Lucy Allan, along with the rest of their creative team comprising designer Mayou Trikerioti, lighting designer Barnaby Booth and choreographer Tara D’Arquian, Above the Mealy-mouthed Sea is the result of plenty of hard work and planning that has led Unholy Mess to the award-winning success they’ve achieved today. Says Jemima: “I honestly can’t remember how the name of Unholy Mess even came about in the first place, but I think these days, I like how it’s come to represent how most theatre comes from a chaotic and messy place, and that it always feels exciting and alive. Lucy and I have worked together for 8 years now – we first met in university and each did out own individual varsity theatre projects, and came together for the first time after I started to make it as a performance poet, putting together all these poems into a single structured piece. We were lucky enough to go to a fringe festival, managed to get a couple of reviews and it was good enough to go on national tour. We were frankly quite amazed.” 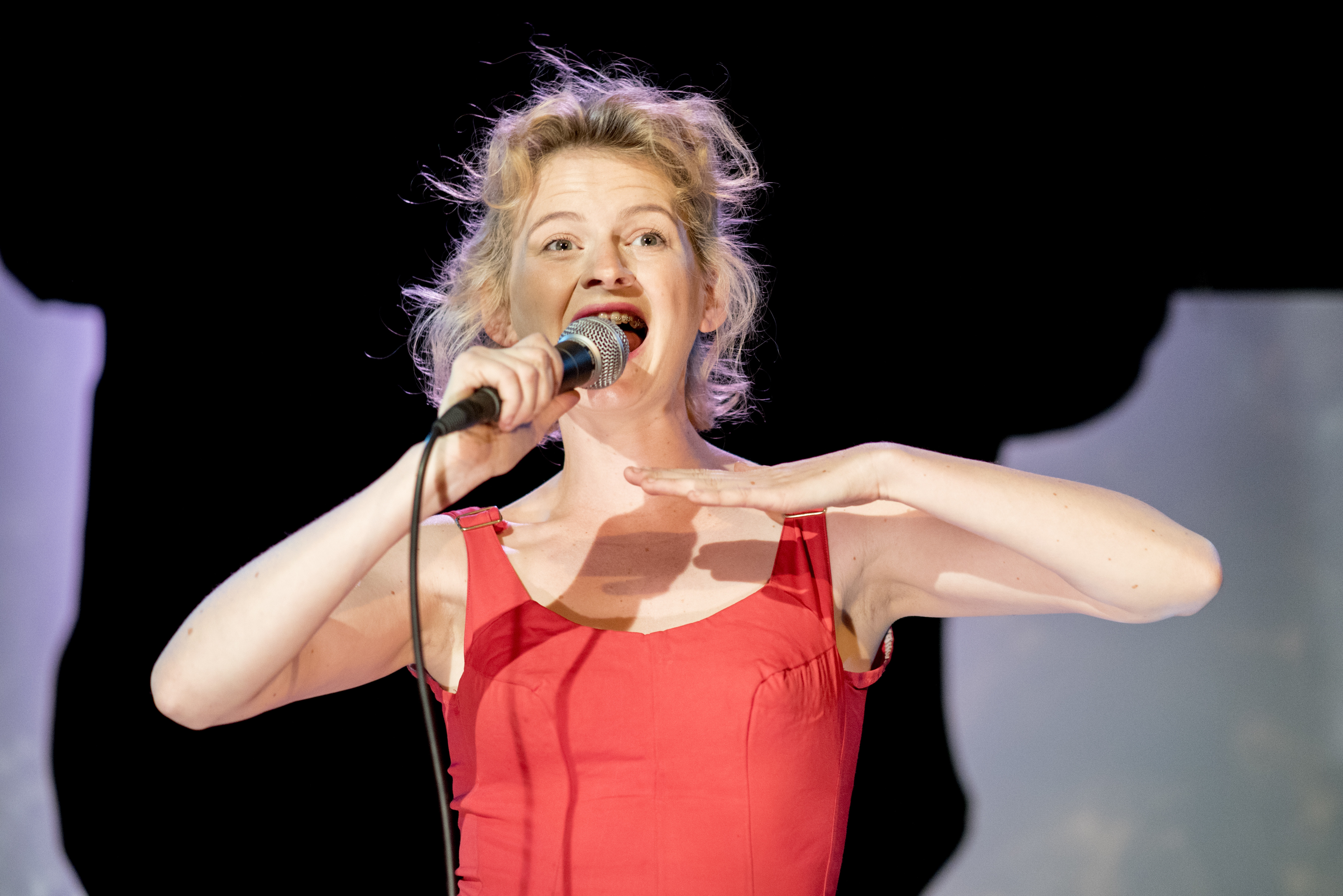 Jemima adds: “The show then went to Perth in Australia around this time last year, and The Necessary Stage came to see us and invited us to be part of the festival. We looked at the theme and thought, well there’s an interesting overlap there about women making art and the idea of autobiographical shows, and we’re very excited to bring the show to Asia and see how well audiences receive it. 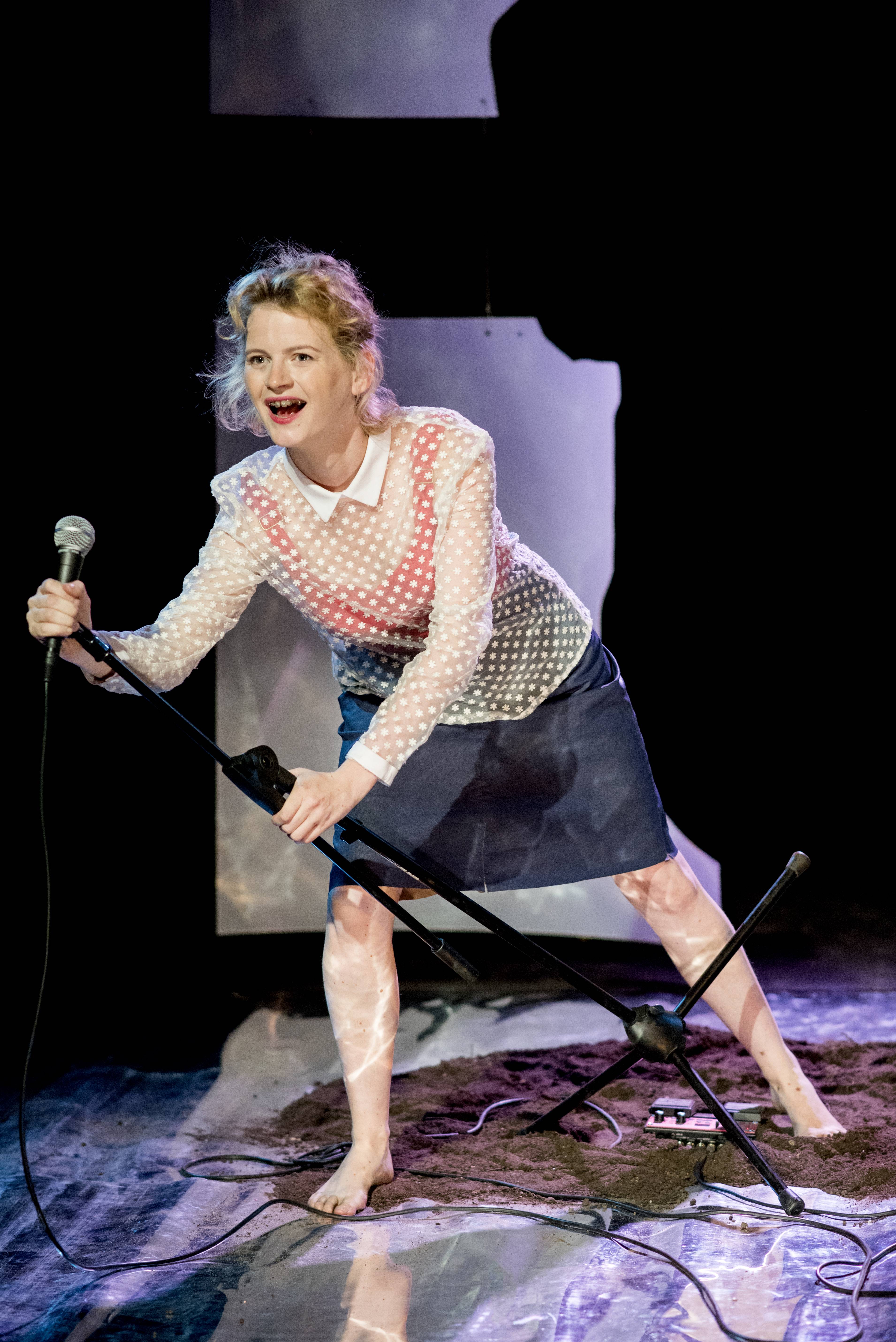 On some of the challenges of preparing for the show, Jemima explains: “Sometimes it can be so hard to stay on top of things with just a two person team. There are times it’s difficult to find opportunities to be in the same physical space, and while I’ve performed the show around 70, 80 times now if you include full runs and rehearsals, and know the show pretty well, it’s still a little weird not having her around to give me notes. But we’re both really glad for this opportunity, hopefully the start of many more to come to show the work around the world.” 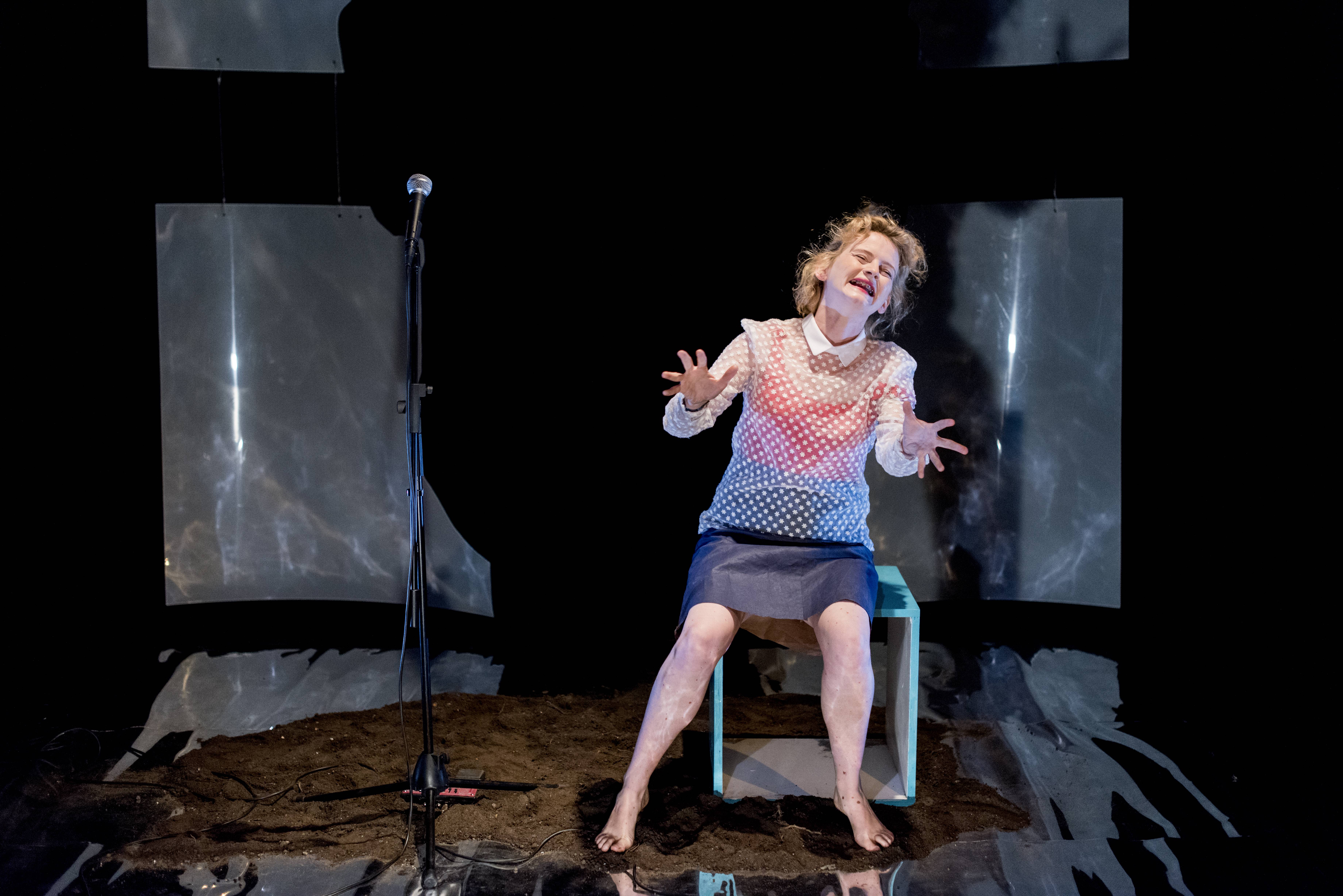 On linking back to the theme of Still Waters, Jemima says: “Water to me, has always been this unknowable vast thing that surrounds us and traps trauma. Inherently linked to memory, you can imagine the water breaching the banks and unleashing chaos as I stand precariously on an island of my own making. Still Waters then, acts as a site to reenact the loss of innocence, with the female self as an entity fragmented by trauma at the heart of the play, while the water as a rippling extension of this, reflecting and warping the female body onstage.” 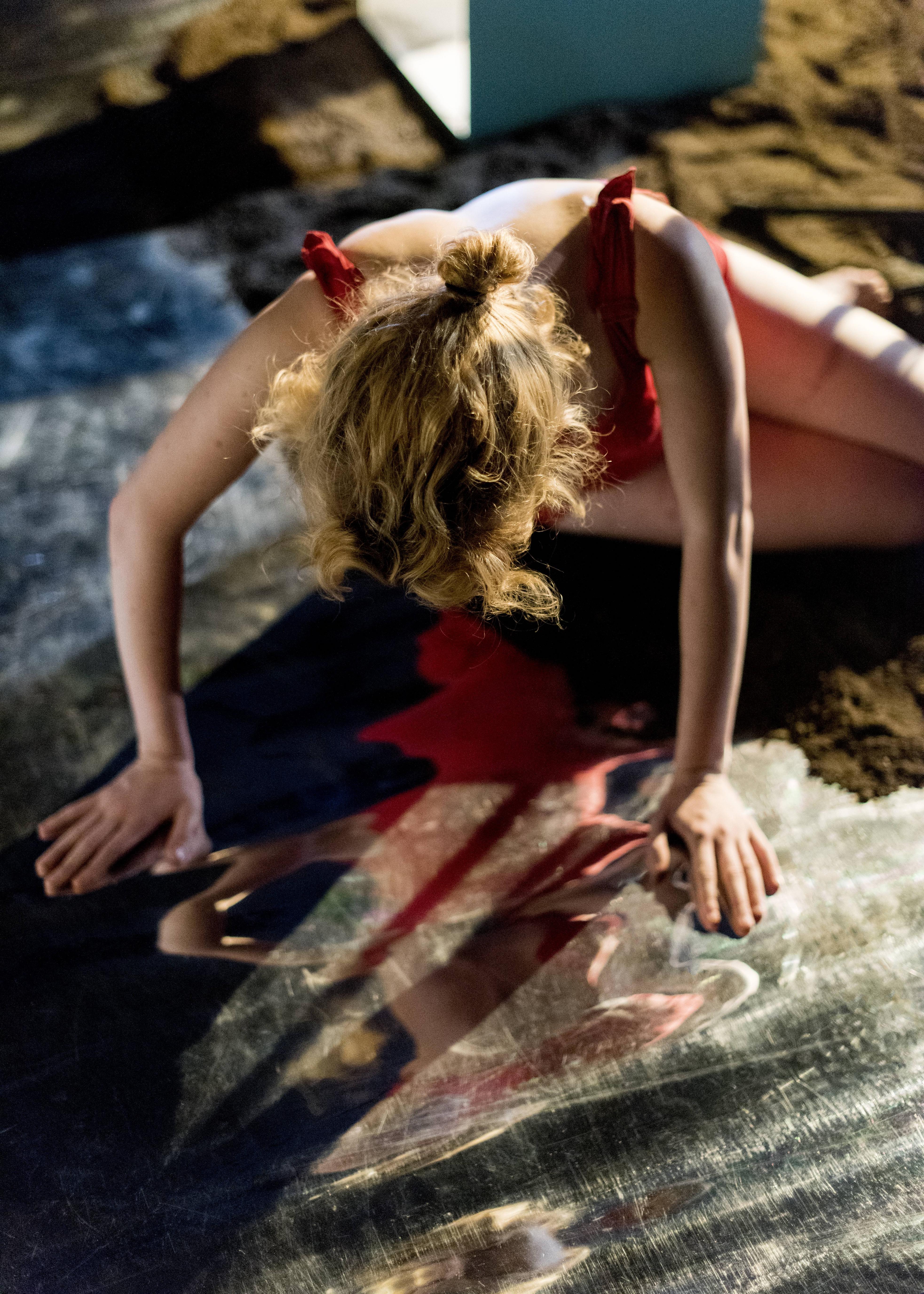 “Ultimately,” Jemima concludes, “I hope people come away better understanding the complexity of trauma in childhood and its effects on adult life. Not everything is bad, and I like to think the show is equal parts sad and funny. I want people to come away reflecting on this story about resilience, and for people to see the strength involved in overcoming something like that.”

Above the Mealy-mouthed Sea plays from 22nd to 23rd January 2019 at the Esplanade Theatre Studio. Tickets available from SISTIC