Moving monodrama that will move even the hardest of hearts.

Adapted from Cyril Wong’s short story The Mistake by M. Raihan Halim, who also directs, Samping’s simple premise gives way to an emotionally riveting performance from TV actor Norman Ishak, in his theatrical debut. The title of Samping refers to a piece of cloth used to complete the traditional Malay baju kurung, left behind by protagonist Aiman’s late father. On the day of his wedding, Aiman makes a decision as to wear it or not, due to the difficult relationship the two shared.

Performed in the small back room of the Chamber, Samping features little to no frills as a drama, reliant almost completely on the performance of Norman Ishak to carry the play, along with elegant live music from kompang player Ahmad Rabbani and violinist Azura Goh, her notes crisp, clear and precise as it set the tone and mood for the entire piece. Considering it’s his first time onstage, it’s impressive what Norman manages to do with the vividly adapted script, bringing scenes and memories to life with his voice and expressions, and easily shifting between both protagonist Aiman and the various characters surrounding his life. 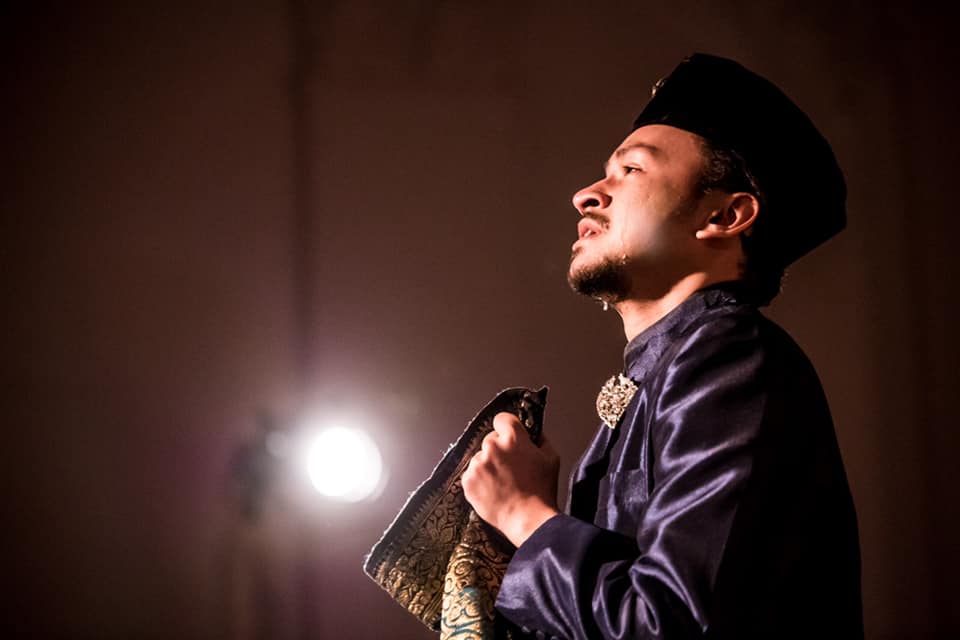 It’s impossible not to feel a dense aching in one’s heart as we watch this performance, as Aiman takes us on a journey through his childhood, a confusing one filled with lies, love and loss that would be traumatic to any young boy. Seen from his perspective, one gets the sense of Aiman’s constant fears developed through his youth from watching his parents’ behaviour, with the fragility of their happy family home destroyed by an illicit affair he is dragged along to, and used as a failsafe each time his father returns home and questioned by his mother. The emotional crux of the story lies in Aiman’s relationship with his mother following his father’s death, and the quiet, stoic strength she displays in the face of multiple betrayals, before coming to a head with a ‘mistake’ that leaves one anguished. 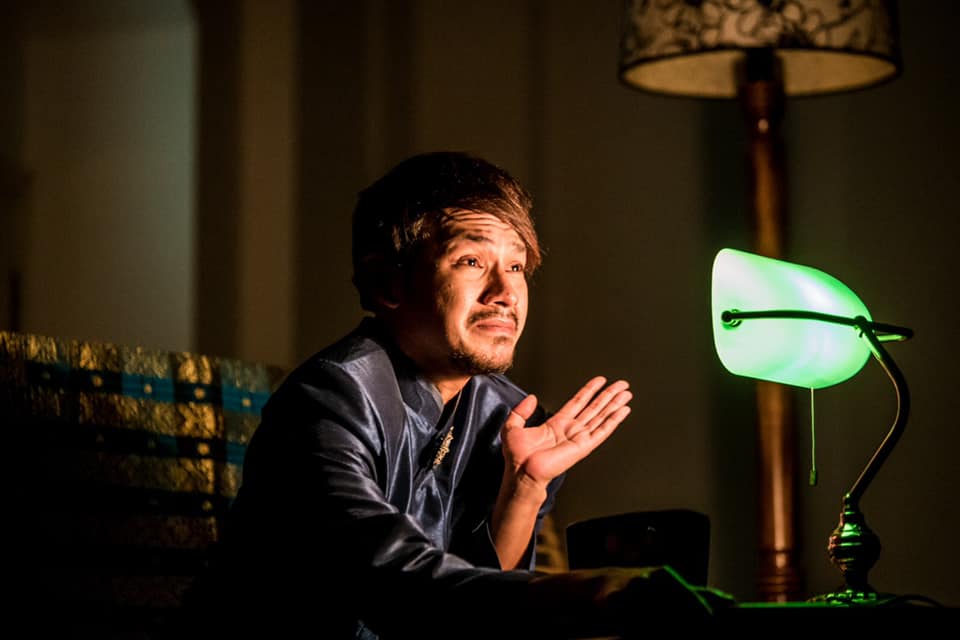 Both M. Raihan and Norman are frequent collaborators onscreen, and this keen relationship shows its power in this effective staging. Norman nimbly brings out all the inherent emotions present in the performance, addressing audience members adroitly and finding that elusive moment of connection each time to ensure that every line’s nuance comes out, balancing between the darkly humorous (such as a video rental company calling to ask for his late father to return a rental) and the devastating (in Aiman’s mother’s breakdown). It is impressive for Norman to have achieved this feat of a performance alone, a full 45 minute monodrama in a small room full of people, all eyes on him, and we can only hope this won’t be the last of him we see onstage. 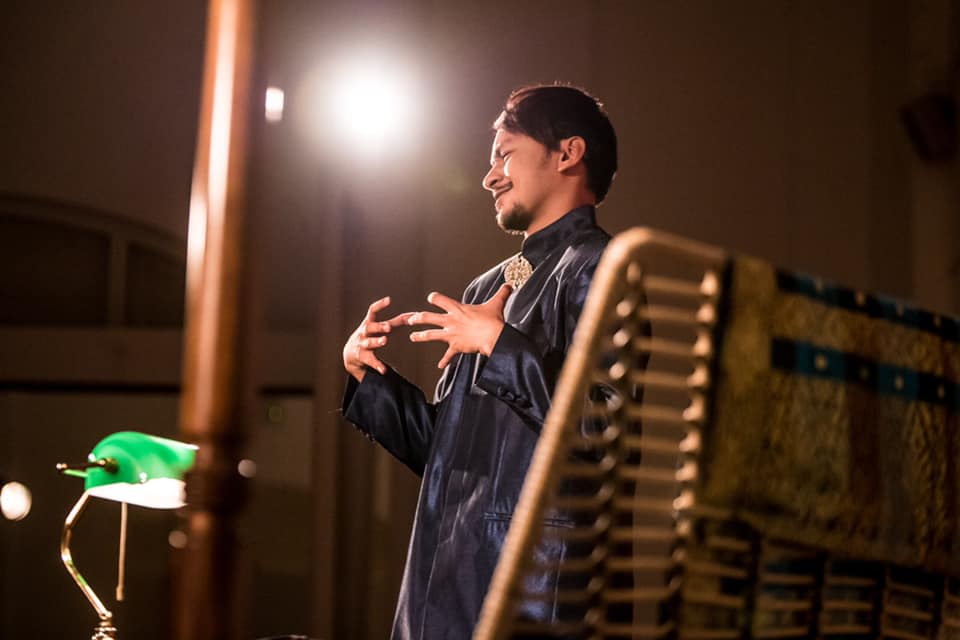 As we return to the present, Norman’s face is now streaked with tears as Aiman collects these memories into a single moment, picking up the samping and uncertain whether he will become his father’s son in time to come. Gathering his courage, he chooses to clutch the samping to his chest, determined to become a man of his own choosing unhampered by the ghosts of the past. Kudos to Tan Kheng Hua and Lim Yu-Beng for producing such an intimate, deeply affecting work that will touch even the hardest of hearts, with perfect execution from M. Raihan Halim and Norman Ishak in bringing it to life.

Photos Courtesy of The Arts House

Textures 2019 runs from 7th to 10th March 2019 at The Arts House. For a full list of programmes and tickets, refer to their website here

0 comments on “Textures 2019: The Page on Stage – Samping by Spare Room Productions (Review)”