KUALA LUMPUR – Jit Murad is one of Malaysia’s most prominent playwrights, having penned some of the country’s sharpest and most scintillating plays effectively highlighting and presenting the Malaysian identity onstage. Last staged in Malaysia in 2006, it seemed only right that as part of their comeback and 30th anniversary, the Instant Cafe Theatre Company’s 30th anniversary would then stage Jit’s very first professional play: Gold Rain & Hailstones.

The decision to stage the seminal play first came about in 2017, when director Gavin Yap decided, out of the blue, to drop friend and Instant Cafe Theatre Company founding member Jo Kukathas a message. The idea was an instant hit, and over the last one and a half years, the company went through the process of funding, casting and preparing, eventually resulting in the full production of Gold Rain & Hailstones as presented at the Damansara Performing Arts Centre in Kuala Lumpur.

Says director Gavin: “We’re very blessed that everything fell into place so quickly. The reception towards it has been incredibly positive, and there’s been such a buzz around it. Not only do you have the regular theatre goers, you also have people who are watching theatre for the very first time catching it.”

Says Instant Cafe Theatre co-founder Jo Kukathas: “Gold Rain & Hailstones was Jit’s first play, and for me, it means a lot. Jit is a genius, and part of the reason we staged it back in 1993 was because we were so excited at the prospect of staging new Malaysian writing for the first time in years. In many ways, Gold Rain & Hailstones might be even more relevant than ever, as the Malaysian identity comes under attack. It’s brilliant – Jit write four different characters and somehow, we all see ourselves in them, in this complex Malaysian identity “ 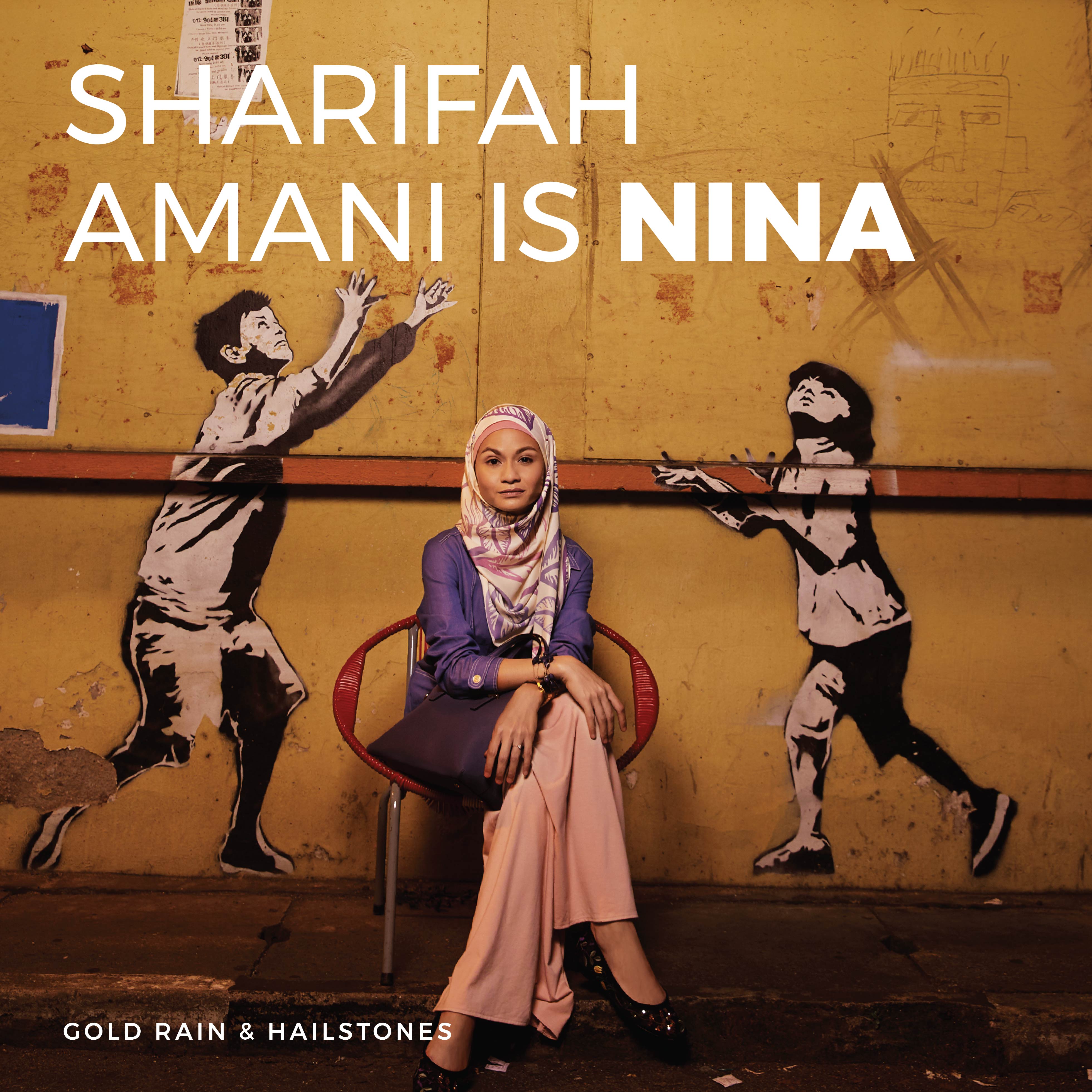 On the origins of the company, Jo explains: “The Instant Cafe Theatre Company started out performing comedy revues a la Not the Nine O’ Clock News or Monty Python. We set up shop above a Nyonya Laksa Curry Shop that had this space available at night, and we had this satirical slant to our comedy, that’s also ‘instant’ in the sense that it’s very current. Funding has always been difficult, maybe because we stage occasionally controversial things, but for the most part, it’s been our audience members buying tickets to our shows that have kept us going all these years.”

In brief, Gold Rain & Hailstones follows Amy (Farah Rani) as she returns home from overseas to see her dying father. Upon her return, she attempts to reconnect with three childhood friends, all grown up now and each facing their own difficulties in adapting to the Malaysia they know, while Amy herself continues to feel like a foreigner in what should be her own home. On the casting process, Gavin says: “Ghafir (Akbar) was the first person I had in mind in casting for it. I told Ghaf and the first thing he did was text me back to say ‘I’d be very angry if you didn’t involve me!’ I’ve worked with each of the cast members on various projects, and they’re these really versatile performers, with this great energy coming off from them, and this organic chemistry that helps everyone gel together.” 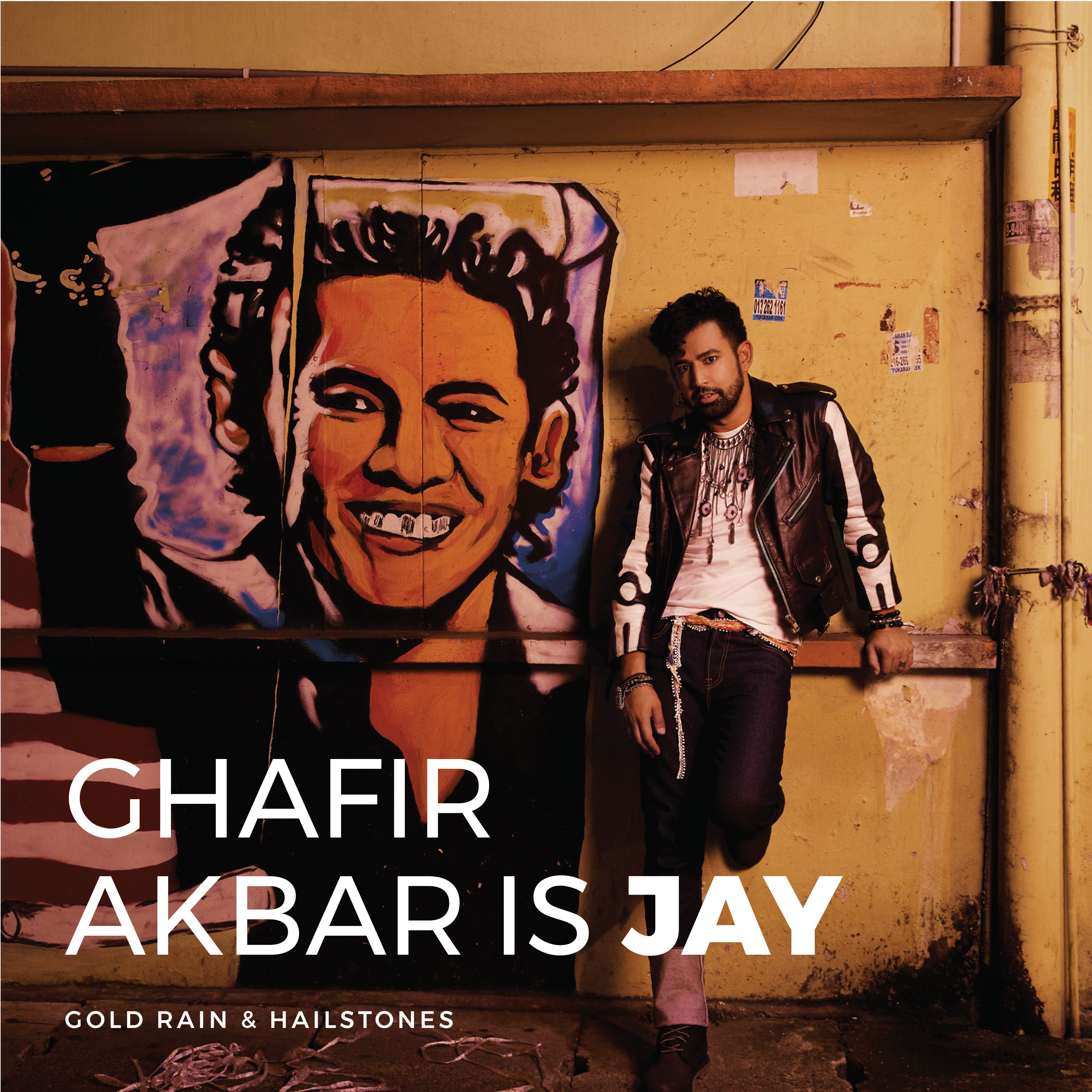 While Gavin initially wished for Ghafir to play the role of the ‘Melayu Baru’ Man, after finding actor Redza Minhat, he was tasked instead to take on the role of celebrity make-up artist and makeup guru Jay instead. Says Ghafir: “I think Jay was a tricky character – there’s so many flamboyant characters onstage, but often they’re played very insincerely and don’t advance the visibility and representation of gay characters. Jay, I think, might even have been the very first gay character onstage in Malaysia, and for me, it was a little scary to bring out that effeminate nature without letting it define him. I really took some time to see how the other characters perceived him, and to figure out the person he was inside.”

He adds: “Jay feels like an outsider, but has managed to come to terms with it, as opposed to Amy. He does what he must to survive in this ‘hailstone’ Malaysia, as this person who’s finding it hard to be accepted by Malaysian society in general. At the heart of it though, he’s very kind, very endearing, and the kind of friend who always has a witty retort and a real personality. Gavin’s a great director, and really gives each actor notes based on his own experiences in various fields and having lived around the world. He could make a reference to an anime character, or in my case, Parks and Recreation, and we’ll just instantly get it.” 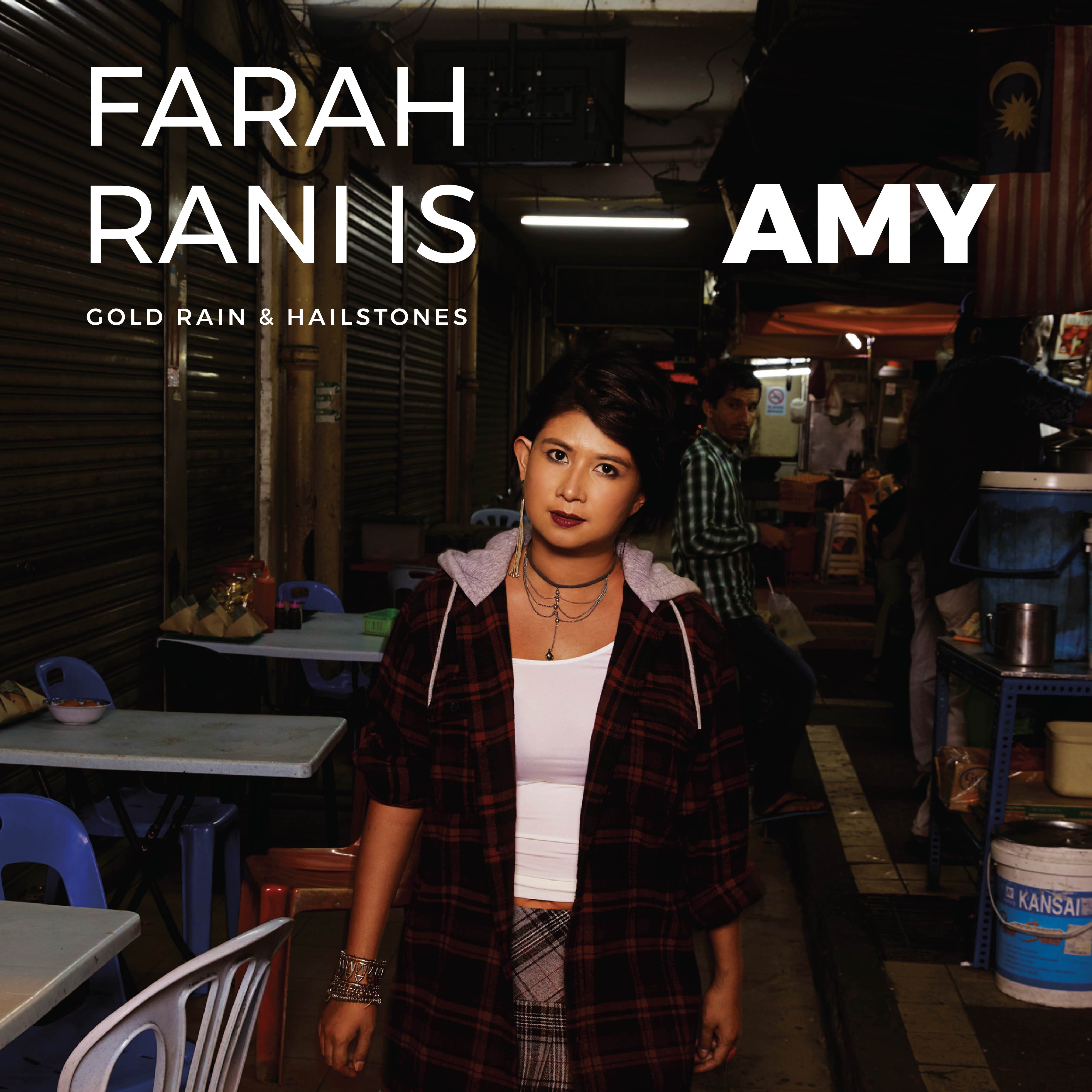 Lead actress Farah was, interestingly enough, the last to be cast, with Gavin having gone through a number of other auditions before realising that quite simply, it was Farah who nailed the lines. Says Farah: “Amy and I aren’t actually that much alike, so I really embrace the opportunity to play a character who’s so different. She’s unapologetic as to who she is, and I’ve talked to so many people after the show who say they really relate to her and feeling like an outsider. In channeling her, I have this poster of Amy in my dressing room that helps me get into character, and I think about how she’s the kind of person that I did grow up with, along with the other characters. This searching to belong, and the fear and emotions of her own father dying, anyone and everyone can relate to such themes really.”

Says Gavin: “The story for me, talks about four Malay characters, but for me, I saw them not as Malay but Malaysian. It’s hard for me sometimes because friends will question how Malaysian I really am – 90% of the time I just brush it off but the other 10%, it gets to me a little. I’m at this point in my life where I can map out all the major decisions I’ve made that I realize have led me to where I am today. Something about reading this play made me see what a crossroads all of these characters are at, and there was something very personal that jumped out at me while reading it. I recognized these lines, these places, and these moments and epiphanies these characters had.” 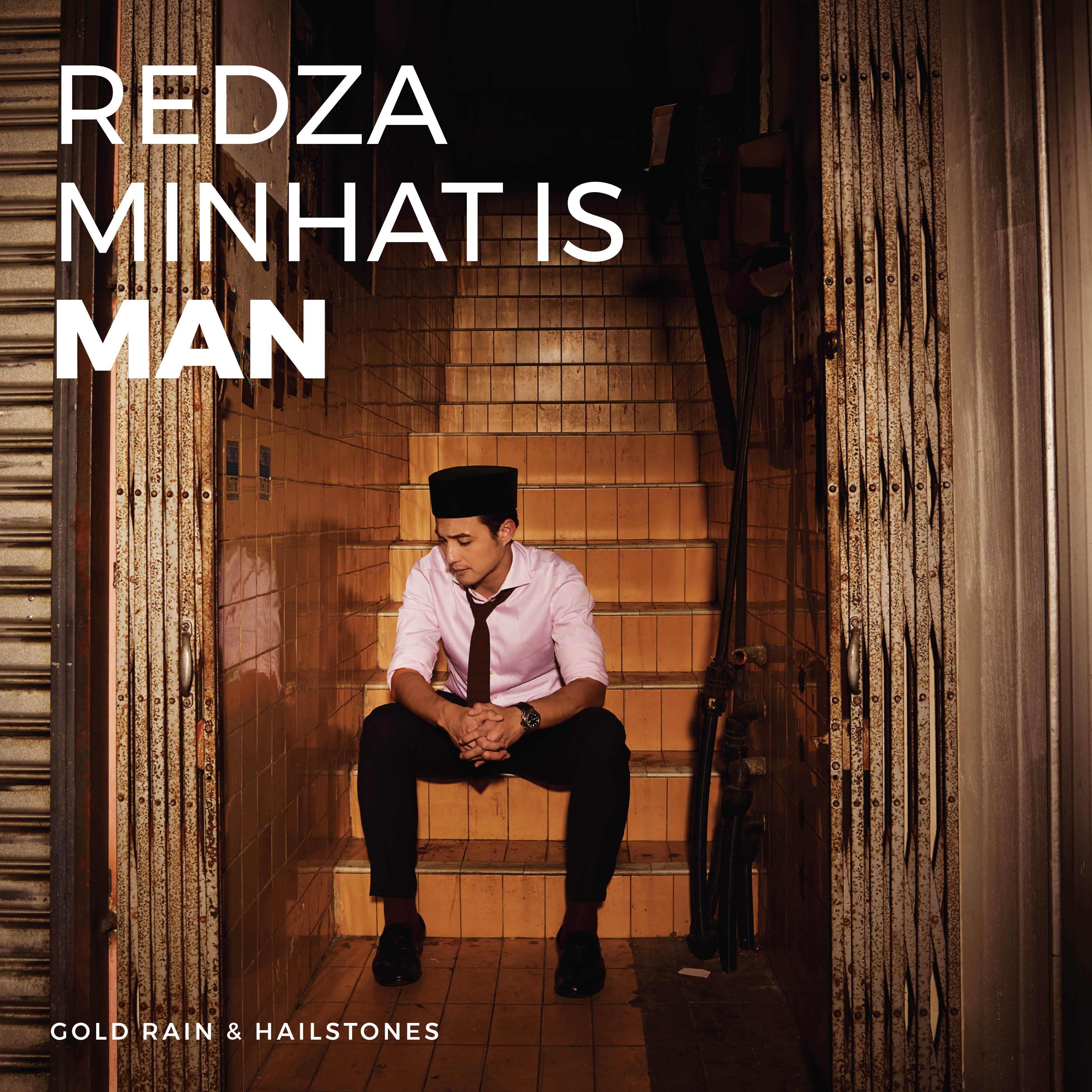 Musing on the 30th anniversary of the company, Jo adds: “Over the last 30 years, a lot of things have changed, and people have come and gone from Instant Cafe Theatre Company. It sometimes feels like we’re a kind of mothership, constantly generating people who make good new work, and I’m very happy for that. I love new text and new writing, and we’ve long moved on from comedy because so many younger people have come in to fill that scene, and we were doing it at a time when people said you can’t do that. We’re here to speak the voice that isn’t there, and Jit’s voice, well, it’s been missing from the scene for a while now. It doesn’t matter what form of performance we do, be it play, comedy or even Shakespeare. It’s about finding and presenting a piece of work that speaks to us, undercutting experiences, and ultimately, telling our stories, as Malaysians.”

Gavin concludes: “The beauty of theatre is that it’s constantly evolving, with every performance different as opposed to film. I’m overjoyed with the response – it’s more than I could ever have imagined, and just incredibly proud of the work everyone has done. It takes a lot of time and minds to put it all together, and it’s been such a great collaborative experience overall.”

0 comments on “In Kuala Lumpur 2019: An Interview with the Creative Team of Gold Rain & Hailstones (The Instant Cafe Theatre Company)”