Between living and dying, as presented by Ground Z-0.

There are only two things that are certain in life – birth and death. With Always Every Time, Ground Z-0 presents the Singapore premiere of two new works each dealing with one of these certainties – Adib Kosnan’s Tiap Kali Aku… (Every Time I…) and Zelda Tatiana Ng’s 我在你左右 (Always On My Mind). 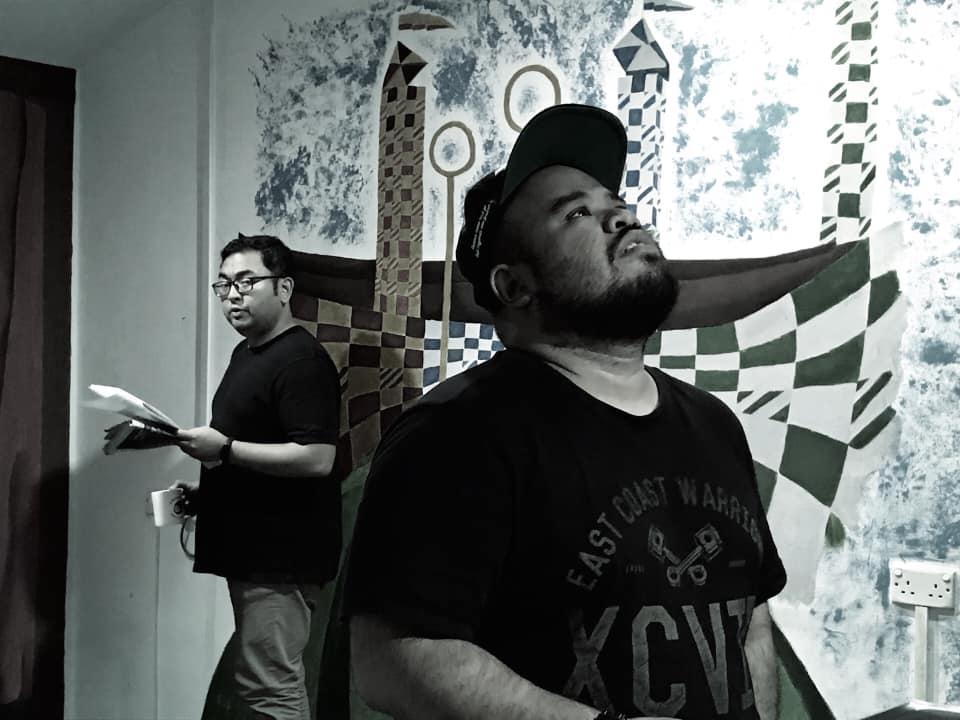 The double-bill began with Tiap Kali Aku, starring Adib Kosnan and Saiful Amri, depicting the final moments before a man is about to become a new father. Utilising a simple setup, with just two benches and a living room-like set, we watch Saiful lying down, an oblivious type of man who never plans ahead, unaware of just how much is involved before becoming a father. Meanwhile, Adib plays his companion, calmly sitting, reading, and drinking tea. It’s not long before the reality of impending fatherhood hits Saiful at full force, and he begins to panic as he asks the already married with kids character Adib plays for tips on child-rearing, who simply smiles and pokes fun at Saiful instead at his ‘last few minutes of freedom as a man’. 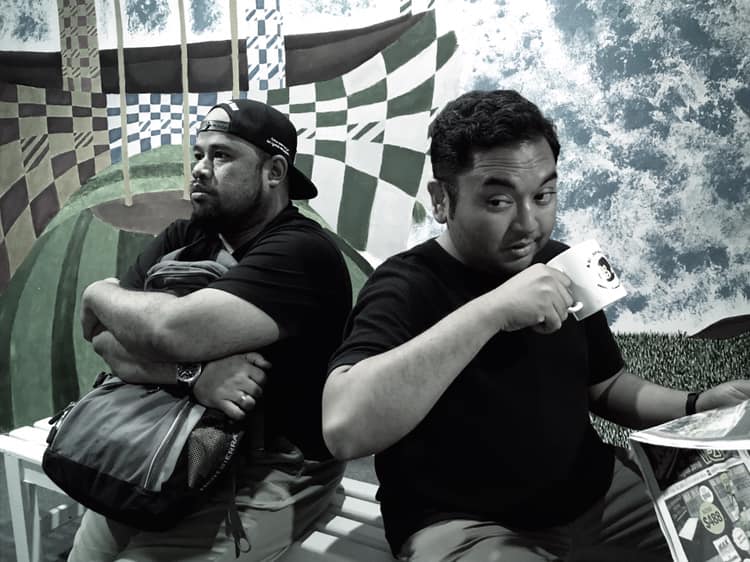 What follows is a discussion and examination of why it is that children are indeed such a key part of our lives. As Saiful’s fears rise, the shows he watches on the television mimic those fears as well, with a Jeopardy!- like game-show asking questions about fatherhood, a medical feature with a doctor speaking while children in the background make funny faces, and a documentary of a husband taking care of his children at homes, essentially, a compilation of life as a father in this theatre show within a theatre show. Adib finally attempts to assuage Saiful’s fears, reminding him to quite simply, calm down, and explaining the miracle of how children inherit our legacy, simply by taking on our last names alone, always reminded of their heritage each time they write it on an exam or fill out a form. 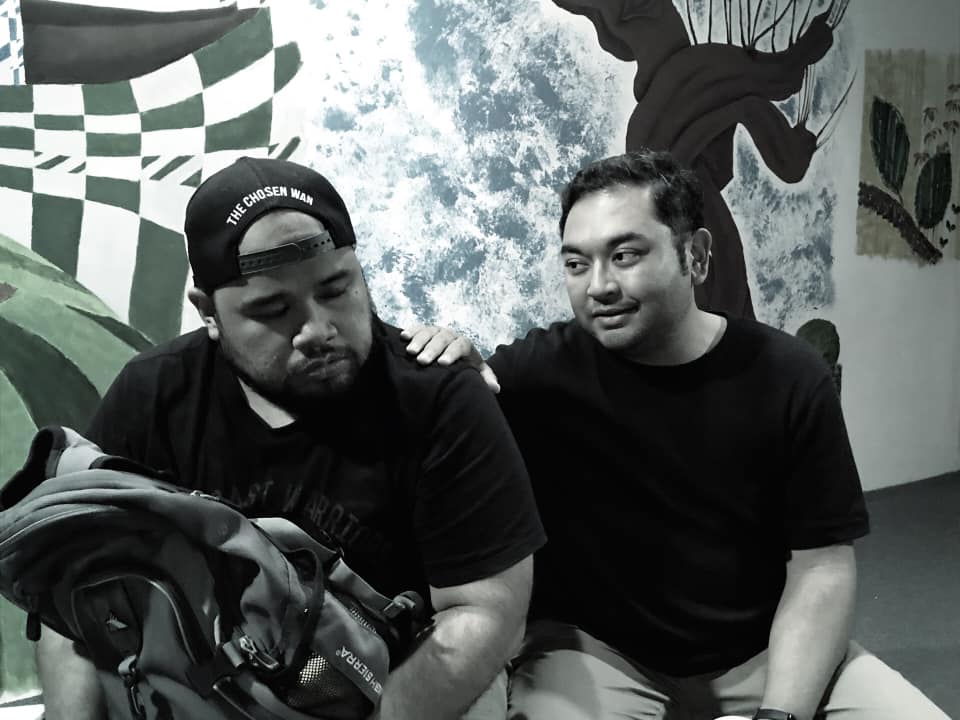 We think about these comforts, we think about the massive fears of being a terrible father, and we feel the pressure of impending change. While there are a number of loose ends the script never quite finds closure for, with Adib and Saiful occasionally feeling under rehearsed, requiring more onstage chemistry, affecting the play’s flow, Tiap Kali Aku remains a relatable play that brings out the anxieties of fatherhood. The play ends as Saiful’s child is born at last, and we hear a call for the azan (prayer) for newborn children, and Saiful, in all his nervousness and excitement, is as ready as he’ll ever be for the new journey that lies ahead. While the road ahead is certainly an unknown one, Tiap Kali Aku captures all the emotions of impending fatherhood, and we are left with a better understanding of the huge impact parenthood leaves on a person’s life, knowing that while the role may not be easy, it’s definitely one that anyone can and should take pride in as they forge on ahead doing the best they can. 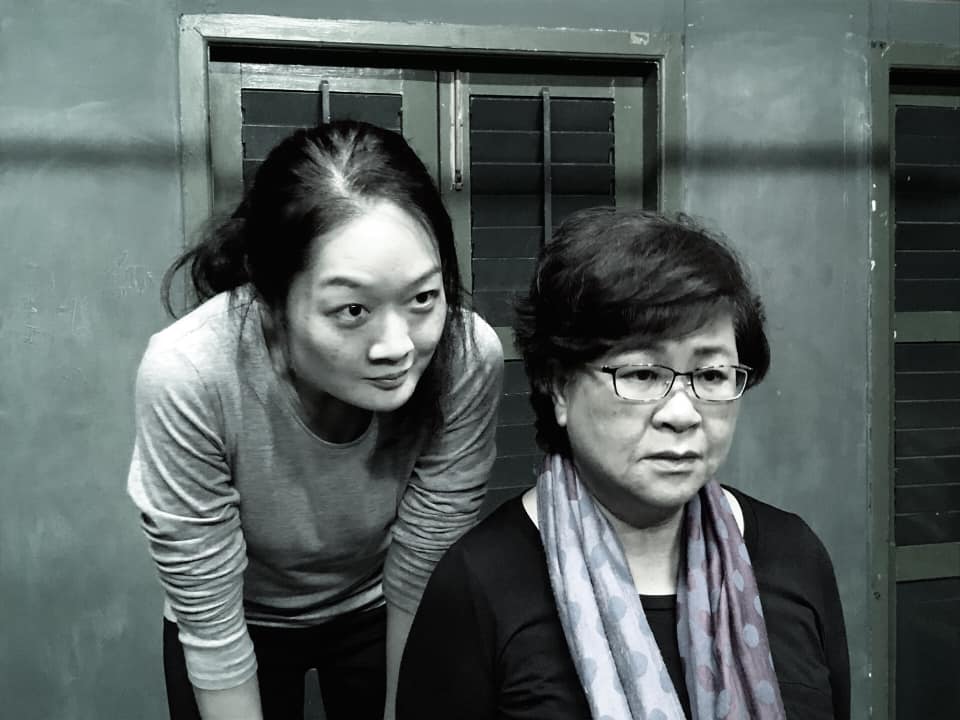 In the second half of the double bill, Always Every Time followed up with 我在你左右 (Always On My Mind), starring Liow Shi Shuen and Lina Yu as a mother-daughter pair, the former close to death and the latter struggling to understand how it is that her mother continues to defend and love her father despite years of physical and mental abuse. It is clear from the outset that there is a definitive generation gap between the two, with this distance further emphasised by the language gap, the two of them engaging in conversation while Chinese opera music plays in the background, playing up the dramatic tension as they mimic the speaking style of Chinese opera with each other. 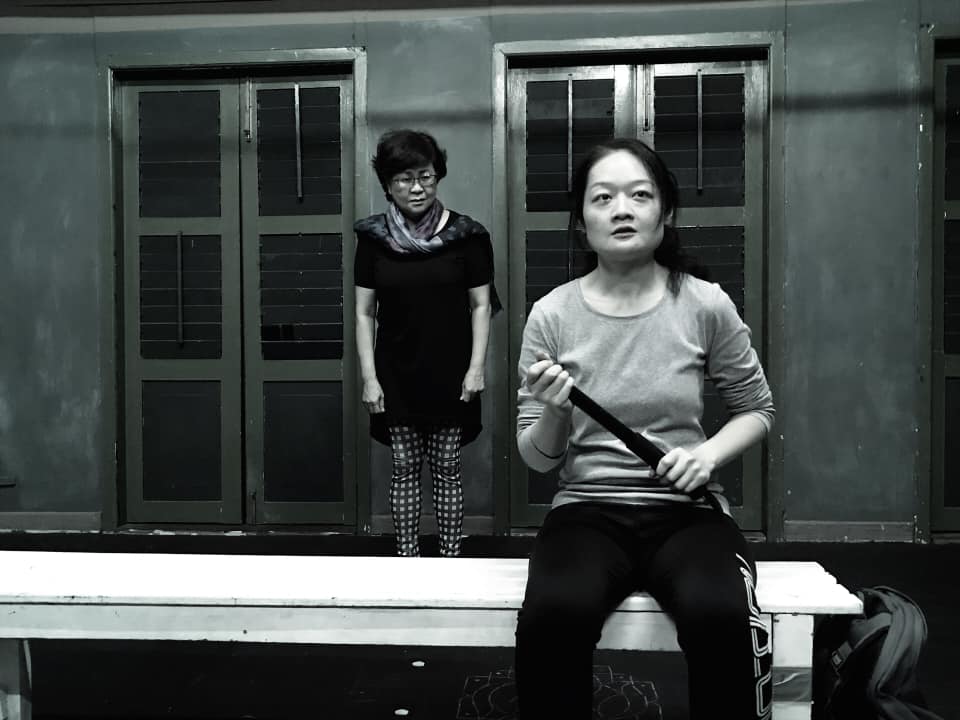 With nothing but questions on her mind, Lina berates her mother constantly, attempting to seek the answers by asking the impossible – does her mother love her father or Lina’s character more? All this while, there is an urgency to reaching a conclusion, as we regularly hear a voice reminding audiences that ‘your bus is coming’, a metaphor for the impending death of Shi Shuen’s character. While certainly a heavy subject and difficult story to tell, it helps that the onstage chemistry between Shi Shuen and Lina is so believable and compelling, it’s easy to see them as an actual mother-daughter pair, with each actress’s emotions clearly coming through, particularly as Lina begins to sing a song Shi Shuen’s character would sing to her as a child, bringing out the unbreakable familial bond the two share. 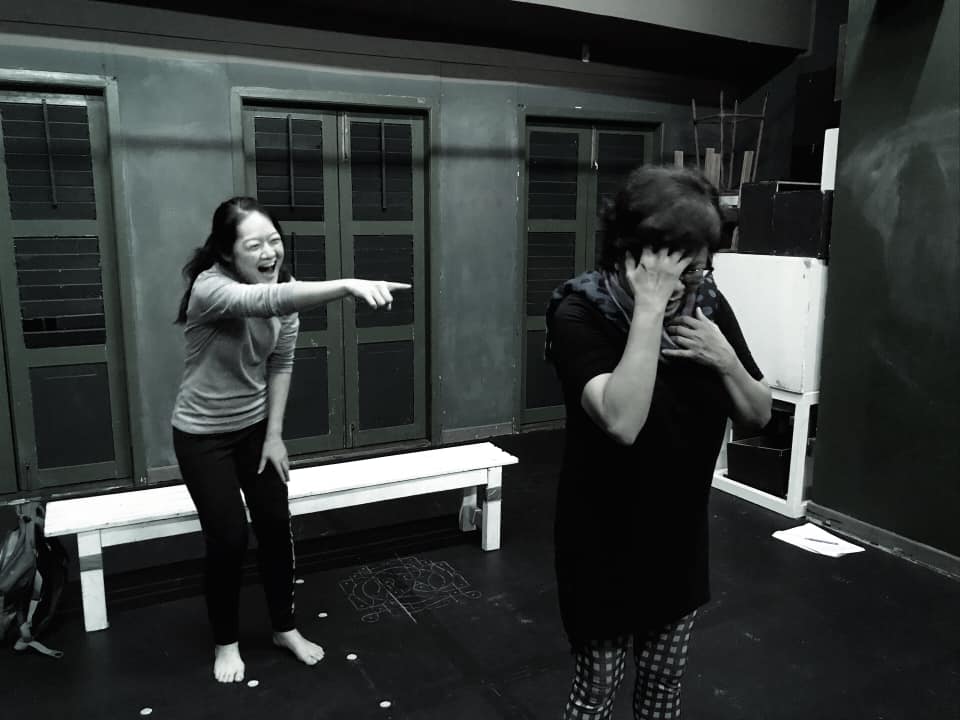 As Lina continues to query, Shi Shuen launches into a memory with a monologue, thinking back to her past and how her husband, in his youth, was a dashing young man, and no matter what, found it in her to continue loving him. In remembering this, Shi Shuen tells Lina about a fortune teller she recalls, that everything is fated, predestined, and if the closure does not happen in this life, then it will in the next. While Lina remains unsatisfied with the answer, Shi Shuen assures her that whatever she owes her daughter, it will be repaid eventually, as she answers the call for the final bus at last. There is a sense of something gut-wrenching as Lina watches Shi Shuen leave, an unwillingness to let go of this woman who’s been with her for a lifetime.

By the time we reach the end of the play, we ache as Lina does, feeling the pain of her loss, as she is left alone, desperately hoping for a better closure, but realising it’s far too late, and we cannot help but shed a tear as we think back on our own relationships, vowing to make as many amends as we can before time runs out. Always Every Time ultimately leaves us with the understanding of how much impact a single life can have on our entire existence, be it leaving via death or coming via birth, and know that these are thoughts that will continue to linger on, always on our minds.

0 comments on “Review: Always Every Time by Ground Z-0”