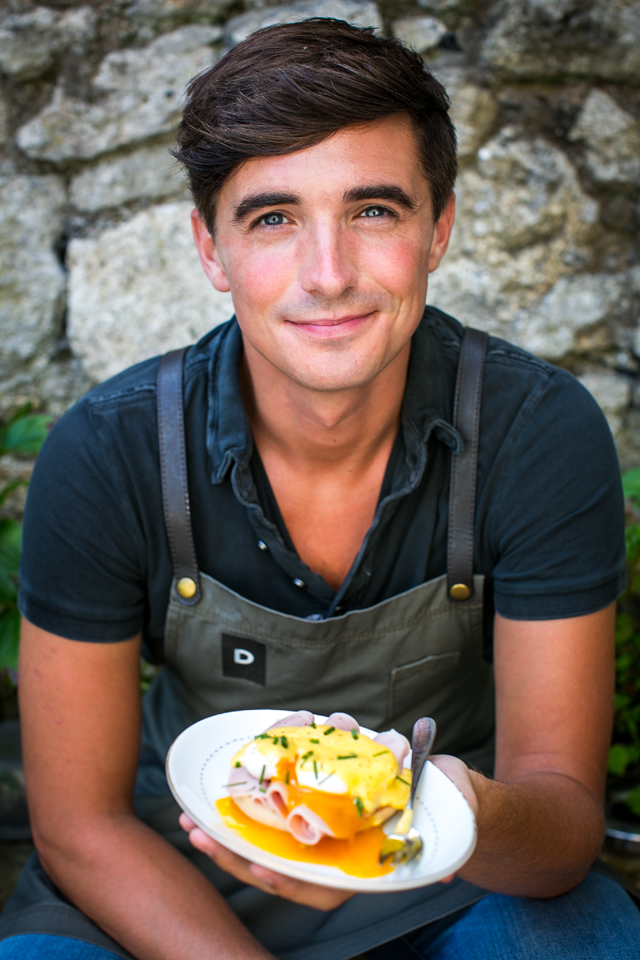 Best known for hosting various food-themed television series, from his long-running Good Food to reality competition Junior Masterchef, 32-year old Irish food writer and TV personality Donal Skehan is perhaps unique amongst his peers for his early start in TV since his early 20s, compared to others who often started in their 30s instead. Says Skehan: “Sometimes I look back on old shows and realise that I looked like a 12-year old. Now I’ve got some grey hair and wrinkles coming in, and when I meet new fans who watched the old shows, they go ‘oh god, what happened to you!’ without realising it’s been 10 years since those shows aired!” 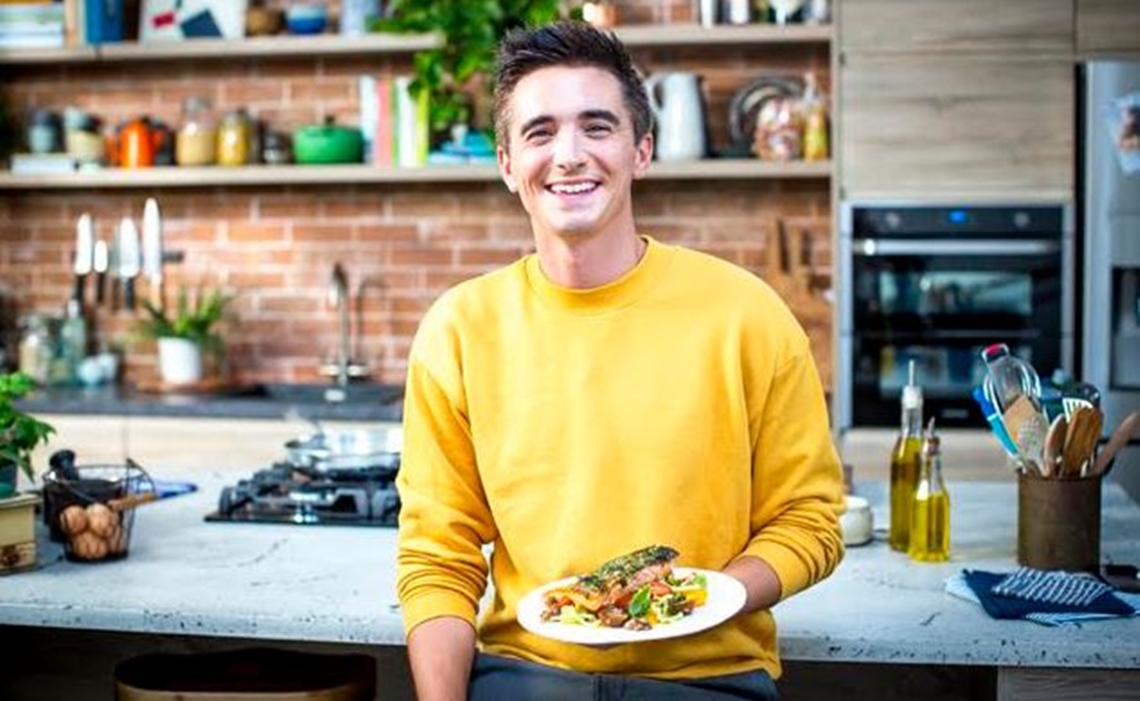 Meeting him for afternoon tea while on tour to promote his new cookbook and show Meals in Minutes, Skehan, for all his humility, still comes equipped with seemingly eternal youth and a bag load of Irish charm. It’s easy to see why he’s a favourite for TV, and not entirely surprising to hear that he was once in a boyband, way back in 2006. Says Skehan: “I left college at 19 to join a band, and for my mum, that was the equivalent of running away and joining the circus. After I left the first band, I got a job writing about celebrity gossip, right during the time Lindsay (Lohan) and Britney (Spears) were going off the rails. But I found it intensely boring, and I actually wanted to go into food writing instead. It just so happened that food blogs were just starting to take off, and I started writing Good Mood Food. I was then approached to write the cookbook.” 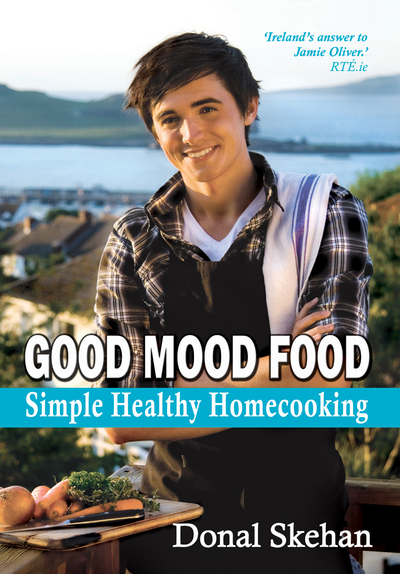 “Back then, I joined a second band, and I was actually writing my first cookbook while literally sitting in the tour van and listening to my editor over the phone, typing away at my laptop,” he continues. “Don’t get me wrong, I loved every minute of being in a band, and if you asked me to perform onstage tomorrow I’d jump at the chance again, but I was always better at things like organising media and press and photoshoots. I even made salads for the band so we didn’t have to eat crap from the petrol station all the time! Eventually, everything just kind of came together at the end of the day when we disbanded, and from there, it was the cookbook, the show and the rest, is history.” 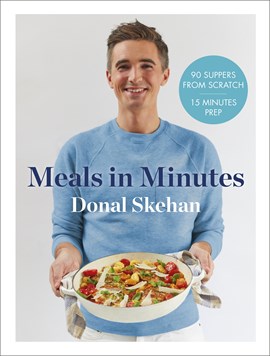 Like most others in his line, Skehan’s interest in food started from childhood, with both his parents having worked in the food business, allowing him to grow up surrounded with such industry knowledge. “I remember doing my homework and my dad would be ordering vegetables for the restaurant the next day,” says Skehan. “My own grandma was a wonderful cook, my mum inherited that from her, and I always followed my mum into the kitchen to help out. For us, dinnertime was always sacred, and we were always encouraged to sit down together for meal time, and celebrate food and family together. In my teens, I worked a job in a Swedish kitchen with my then girlfriend (now my wife), and I kept thinking ‘I can do this’, and I wanted to go deeper into the world of food.” 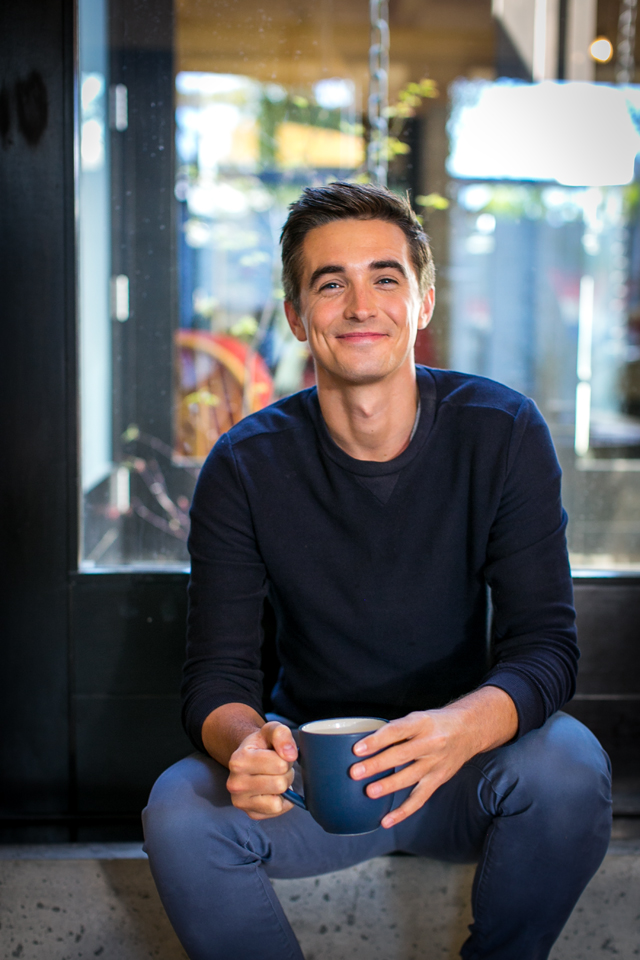 Reflecting on his career trajectory, Skehan looks wistful, and genuinely proud of the work that he’s put into this world. Says Skehan: “It’s brought me to so many places I never dreamed I’d ever get to, and people just don’t realise how far a food career can possibly bring you. I identify as a home cook, not like one of those rockstar celebrity chefs, and while I absolutely respect them for their art form, I don’t think the average home cook has the means to create foam and gels every night after already being wrecked by work and kids. That’s always been what draws the average viewer to my work, because these are achievable recipes and routines they can do themselves.” 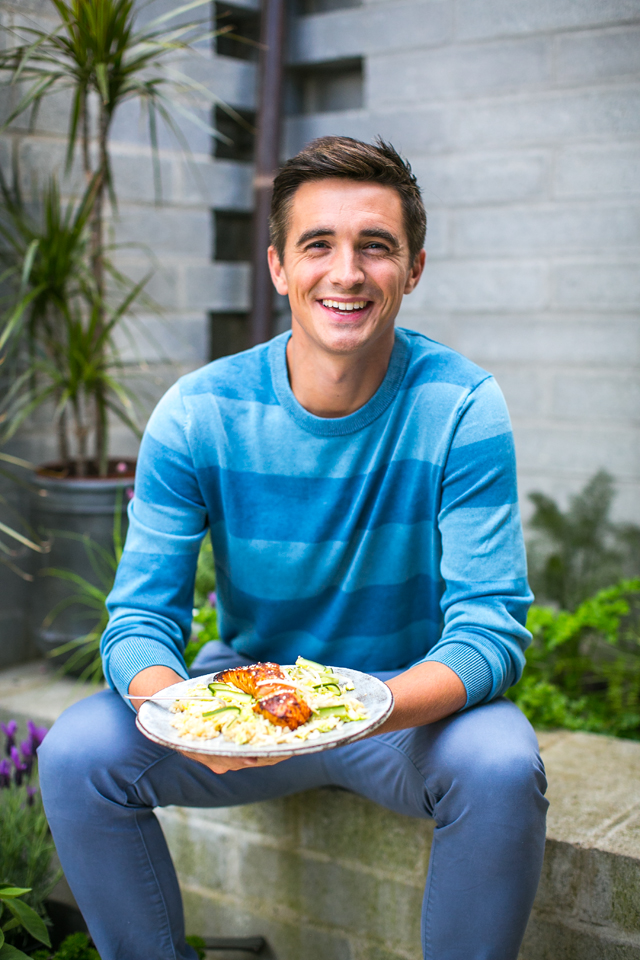 “From this societal point of view, everyone’s rushing more and more these days, and cooking is becoming this lost skill,” he continues. “People say they love cooking, but the cookbooks they buy become coffee table books, and tv shows become entertainment. The missing ingredient is that push to get people to move to the kitchen, and especially with TV, you get so many young people watching and really taking and interest and trying recipes from the show for themselves. It’s an important role we play in passing down such knowledge and interest, and while I do acknowledge the entertainment value of the competitive shows, I still prefer the chop and chat stuff, because if you want people to learn, you have to show them the process from start to finish.”

Now married to his childhood sweetheart with kids, and having moved from Ireland to Los Angeles, Skehan has grown plenty over the course of his ten year plus career. “I travel less now than I did in my 20s, especially with a family, and I know the value of stepping back and needing time for myself, and just learning how to say no,” he explains. “It’s kind of like how in aeroplane emergencies, you have to put on your own oxygen mask before attending to others. With my own production company now, there’s a lot more opportunity to take creative control and tweak out own shows, delving deeper into topics I’m passionate about and know are going to speak to my audience, as opposed to turning up on set and delivering the research someone else has already done. Having all these ideas and working on all these projects from scratch, I love being a part of it all and seeing the final product come to life.”

On one of the favourite programmes he’s worked on in his career, Skehan reveals that it’s actually 2014’s Grandma’s Boy, which aired on FOX International back in 2014. In the series, Skehan travelled around Italy learning recipes from various nonnas, inspired by his own cooking experiences from his grandmother. Skehan explains: “This was one of the first travel shows I did, and I think we travelled for a good 8 weeks around Italy. We got to see so much, and I heard so many beautiful stories from each of these nonnas, and we really felt like a part of each community we visited. It’s one of the few times we actually got to sit down with them properly and bond, really get to know them as people. I even got a belly after the show because they’d just be feeding us with pasta all day long! They were so willing to show off their craft, and it will always be the show I’m proudest of working on. In fact, I just recently emailed the show’s producer to ask about who owns the rights, and I was thinking of making a different version of this show, only, set in Asia instead. Can you imagine how wonderful that would be?”

Speaking of Asia, Skehan also share a little more about his love for Asian cuisine, explaining: “There’s such a flavour you get in Asian cuisine that doesn’t come from the traditional Irish cuisine I grew up with, which focused more on the quality of ingredients and the resulting flavour. I love how instantly the flavour hits you when you take a bite, and all the complexity of spices, heat and layers of flavour. I’ve had critics say that my cookbooks are a bit of a mishmash, but I love to borrow ideas because that’s precisely what cooking is about – to have this freedom to create and do things that result in big flavours. It’s about making the most of the ingredients on hand in the kitchen, and there’s absolutely nothing wrong with that.”

Skehan takes a sip of his tea and concludes: “Ultimately, my life philosophy is all about keeping it simple and enjoying the journey. It’s still something I have to teach myself on a daily basis, mostly because we get so caught up in all we’re doing, and you miss the woods for the trees. I’ve learnt that it’s not always about rushing towards the end goal, but appreciating the little moments daily you can and will take away. That applies to health too – we need to be mindful about what we do and eat each day to achieve that final goal and really turn it into a lifestyle, and learn how to settle into the flow.”

Catch the Asia premiere of Donal’s Meals in Minutes on Saturday, 11th May 2019, 7.45pm exclusively on BBC Lifestyle (StarHub ch 432). The series is also on BBC Player as catch-up.

For more information on Donal Skehan, visit his website here and check out his YouTube channel here