Preview: Flipside 2019 by Esplanade – Theatres on the Bay

Take a walk on the lighter side of life and get ready for a festival of play, imagination and innovation as the Esplanade – Theatre on the Bay’s annual Flipside festival returns this May!

Tackling some of life’s most serious questions through comedy, music, visual art, puppetry, physical theatre and the circus arts, your inner child will be set free as the festival offers new perspectives to seeing familiar spaces, invites you into performances filled with audience participation, comedy conveyed with and without words, music encountered in surprising ways, hands-on activities and behind-the-scenes late night tours, breaking free from the usual rules, routines and expectations we place on ourselves. 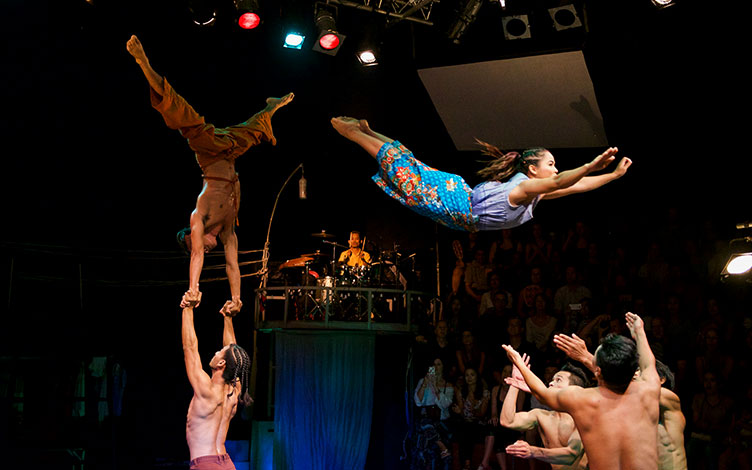 This year, the festival places a special focus on the circus arts, giving the often misunderstood and under-appreciated art form a spotlight beyond the usual polished acts of Cirque du Soleil or entertainment from street buskers. Asian circus traditions and the key skills and stamina a performer requires to be successful. Look out for a medley of free events from 24th to 26th May, over Flipside Circus Weekend, where practitioners from Singapore, Cambodia and Finland gather to perform various acts. Finnish act Trashpeze by Wise Fools sees three characters stranded in a land of trash, creating explosive and unique circus techniques on triple trapeze, cloud swing and dance trapeze. 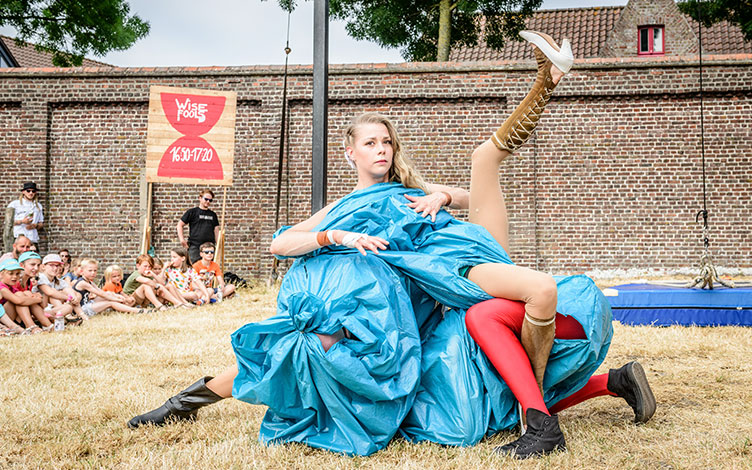 Meanwhile, Phare, the Cambodian Circus sees graduates of  the Ponleu Selpak’s vocational training centre in Battambang use a combination of theatre, music, dance and modern circus arts to tell uniquely Cambodian stories. Finally, our very own Bornfire Circus from Singapore presents their brand new show Unbox 2 at the Outdoor Theatre, aerial acts at the Courtyard Green, as well as a work-in-progress as part of Flipside Scratch Night, the latter of which is a new platform for practitioners of puppetry, visual theatre and comedy and music acts to share new ideas with a small audience, open mic style. 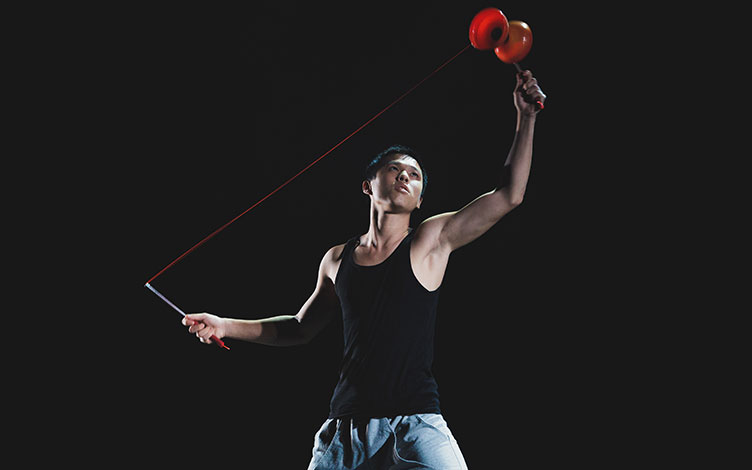 Other activities to look forward to this Flipside include puppetry performances such as Robin Frohardt’s The Pigeoning, a dark, dialogue-less comedy that uses Bunraku-style puppetry and lo-fi special effects to tell a tale about the end of the world; the award-winning Giant’s Table from Korea’s CCOTBBAT, where live animation melds with physical theatre to form a whimsical, participatory experience; Spanish theatre company Spasmo Teatro with MIX, their repertoire of sketch performances in their Asian debut; and Finland’s Circo Aereo and their work The Artist, as clowning and physical theatre comes together as an artist struggles to come up with new work in his studio – chaos, naturally, ensues. 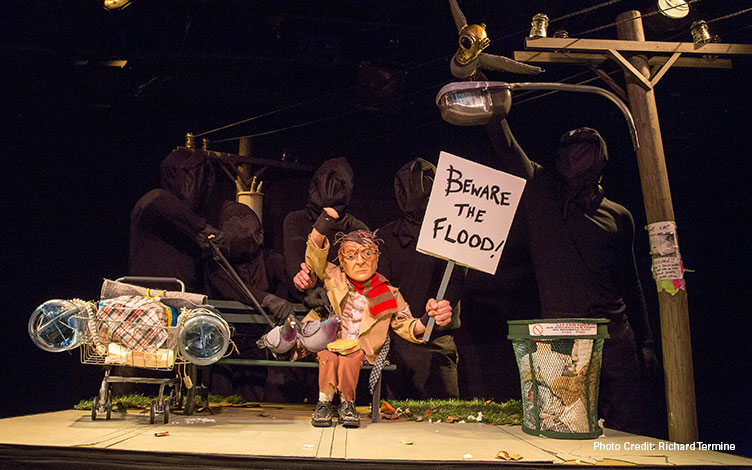 Reality itself can be said to warp with various programmes that will give you new perspectives on familiar spaces. Local artist Sascia Pellegrini puts new focus on the sounds of the Esplanade’s public spaces in Fluid Sounds: a Musical Parade as performers mill the corridors, while local sound artist Jevon Chandra creates an audiovisual installation in the Esplanade’s Forecourt Garden with Songs of Companionship, imagining objects trying to “speak”, to express something, in one form or another through song. Plus, be sure to book one of the Esplanade’s Late Night Backstage Tours where you’ll get the unique chance to hear about the Durian in the shadow and in the dark of night while you delve into the in-between spaces of stage and backstage, stage lights and shadows, reality and myth. 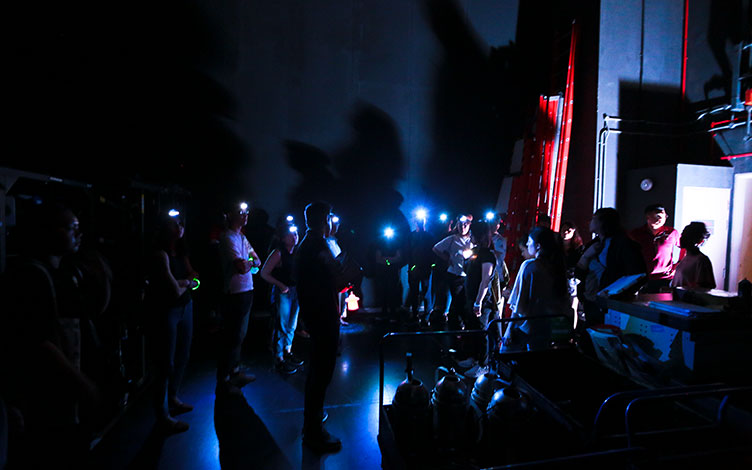 Even local artists Frances Lee and Dwayne Lau get in on the Flipside action, with the former sharing anecdotes of her journey as an actress and songstress through theatre and life using musical numbers in Pan Asian Expressway, and the latter inspired by the rise of 24-hour gyms, taking on multiple characters to lead you on a late-night workout to remember in #Goals. Both will be accompanied by local musician Julian Wong. Finally, get to know yourself through your own social media with The Social Sorting Experiment by Dutch artists Smartphone Orchestra. Examine your own digital data trail you’ve left behind with your likes, comments and angry reacts, and discover the mysterious algorithmic rituals where you yourself become the star of this absurd but enlightening show.

Flipside 2019 promises a journey into an alternative world as you’ve never known, filled with exhilarating acts from the lesser known genre of circus and a deep dive into the realm of imagination from puppetry and other quirky acts. Let the Esplanade fill you with joy and know that the arts can be a big ball of fun at Flipside 2019!

Flipside 2019 runs from 24th May to 2nd June 2019 around the Esplanade. For the full programme and tickets, visit the website here