The annual Canon PhotoMarathon returned for its 17th edition last Saturday, held for the very first time at Our Tampines Hub. Running for a full 12 hours, from 8am to 8pm, the PhotoMarathon saw a total of 1,549 photography enthusiasts spend that time on a whirlwind phototaking competition as they snapped shots of life around the area, each submitting entries based on the themes Life Changing Places, #MyTakeOnWater and Our Community. Often, they would have only a few hours to capture each subject, allowed to use any non-phone camera and without photo editing, and the results were more than impressive. 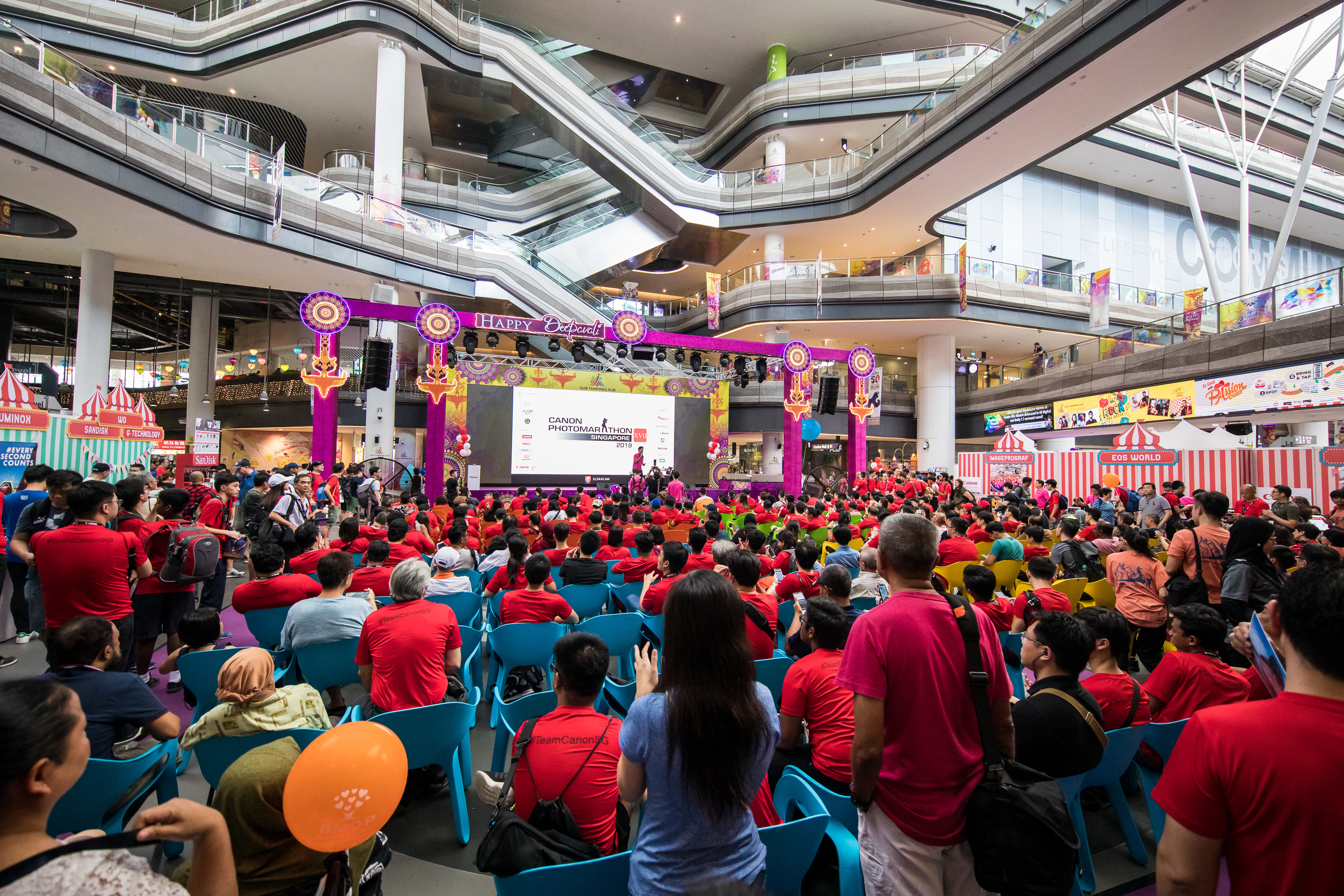 Says Carol Lim, Senior Manager, Marketing, Singapore Operations, Canon Singapore: “We’ve held Canon PhotoMarathon at Suntec City for a few years now, and felt that it was time to put a new twist on the competition by bringing it to the Heartlands. We began planning for this as soon as the previous edition concluded, and found a good working relationship with Our Tampines Hub (OTH), especially with how they themselves had adopted a charity, and Canon PhotoMarathon would then be able to help contribute to that.” 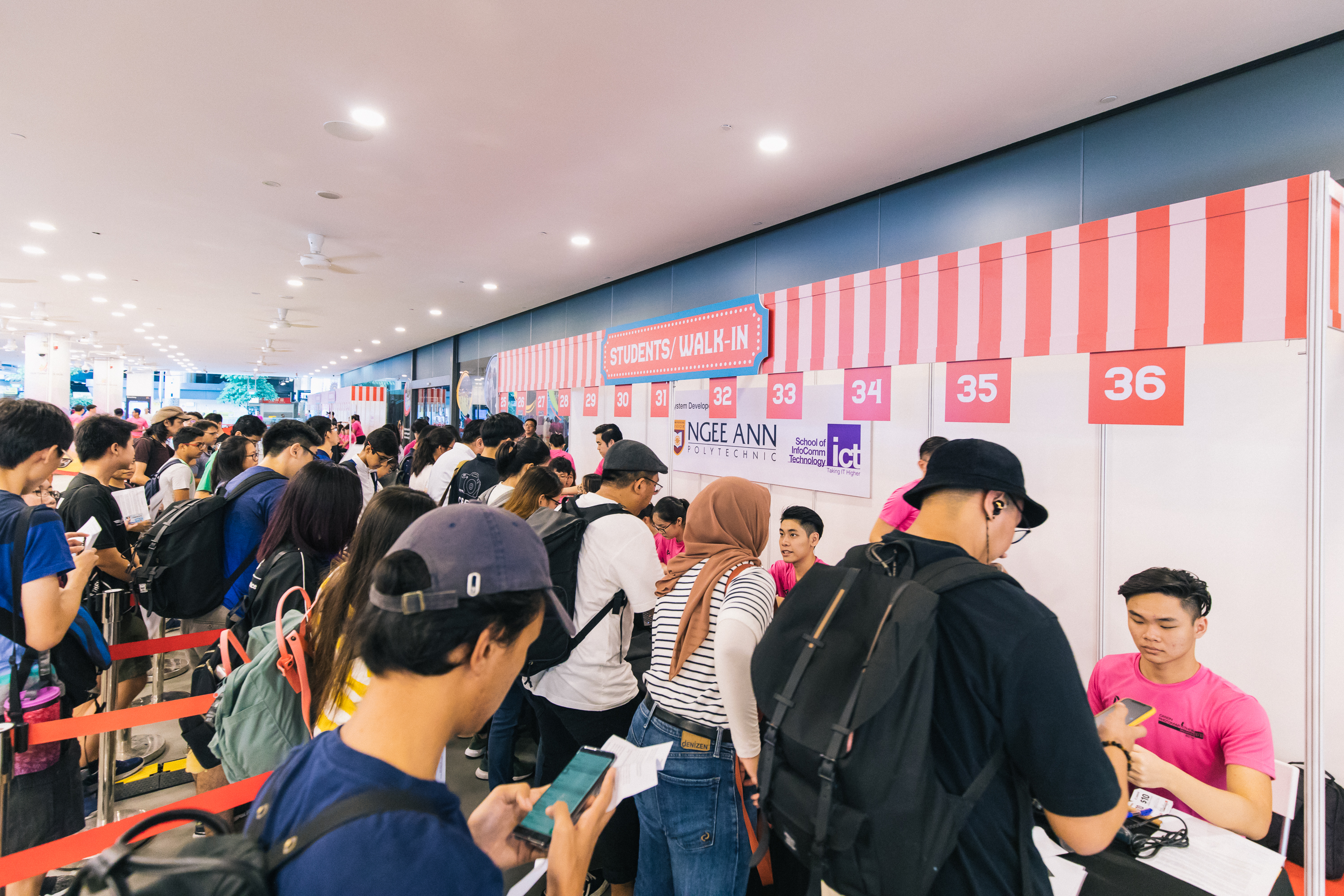 The only brand doing this for 17 years, and received strong support each and every time, with people penning it into their diary the moment it’s announced, and even people from overseas coming down to participate on a regular basis. And for Edwin Teoh, Head of Marketing, Singapore Operations, Canon Singapore, one could almost say that the Canon PhotoMarathon is practically his baby, having been there since the very beginning 17 years ago when it all began. Says Edwin: “The main goal of Canon PhotoMarathon has always been to propagate the idea that photography is accessible and grow the love for it, and I think that the move to OTH has been important to communicate our brand and message to the masses.”

“Essentially, the long term goal is about stimulating and cultivating demand for our product via an enthusiasm for the culture,” he adds. “It helps that with everyone having a camera within their phones, practically everyone is a photographer these days. Our job then is to encourage people to continually raise the bar for themselves, show them how easy it is to buy and learn how to use a professional camera, and keep building that love for it via workshops and wanting to take even better photos with better equipment.”

Judges for this year’s Canon PhotoMarathon included Kevin Lim, who was awarded the Journalist of the Year at Singapore Press Holdings’ annual awards in 2019, Juliana Tan, a Singapore-based photographer and director who has been published by The New York Times, Forbes Asia and other prestigious publications, and Bernard Seah, a wildlife photographer whose works have been featured in publications such as The Straits Times and BBC. On the judge selection process, Edwin explains: “There’s no fixed formula for how we pick our judges. Of course, their availability is one thing, be they local or foreign, and we try to have a good mix across different genres, but each subject experts in their own rights, be they photojournalists or wildlife photographers or fashion photographers. And of course, we like to include a female judge as well, because we know that women are very good photographers as well, and want to showcase that diversity.”

“Similarly for the themes we pick each year,” he continues. “We don’t have any specific method, but this year, we worked closely with our partners in selecting the themes, such as how OTH picked the third theme Our Community. We like themes that challenge the photographer, not too specific so that they can interpret it accordingly. One year, for example, we had the theme of ‘Speed’, and while some people captured images of fast cars, one of the winners actually took a photo of a snail! Even the SG50 year, where one of our themes was ’50/50′, which we personally thought was very tough, the participants rose to the challenge and showed off what they could do, with methods such as multi exposure photography to fit the theme. The standards really have grown tremendously over the years.

Canon Singapore is smart, in that they know it’s ever been a case of focusing purely on sales, but to build relationships with its customers and people. Says Edwin: “It’s difficult to cultivate brand loyalty these days with so much constant competition from other brands in the market. So instead, we’ve opted to develop a good working relationship, where we ask customers how it is we can support them with our service, value-adding to their journey and build the community rather than simply selling the hardware, and PhotoMarathon is the culmination of that journey. It’s an opportunity to show off Canon’s strengths at creating a vibrant community, welcomes everyone to join that community, and that’s something that definitely helps grow the business.”

Canon PhotoMarathon has been so successful, it’s even spawned its own television show, Photo Face-Off, which pits amateur photographers across Southeast Asia against each other in a contest of photography skills. Says Edwin: “The show was meant as a way to support and encourage interest in PhotoMarathon itself. We’ve seen so much success from our participants, like Joseph Goh, whose wife started seeing his potential after he began winning competitions, and supported him by helping upgrade his equipment and him going professional.”

On the CSR side, Canon has always been enthusiastic in supporting the underprivileged and sponsored participants from the Association for People with Special Needs to attend the event this year. Says Kang Huey Yi, Manager, Corporate Communications, Canon Singapore: “We’ve managed to attract 24 APSN students to join us this year, and we’ve always been very focused on bringing the joy of photography to these students. We’ve been quite active in taking them out on photo excursions, as well as helped sponsor cameras for their use, and even have people helping to mentor them.”

Adds Edwin: “We’ve also been reaching out to underprivileged households, and worked closely with the People’s Association (PA) to form a community to help train these households, providing the gear and essentially equipping them with a useful lifeskill.”

The winners of this year’s competition came from a wide and varied background, with the two biggest winners being Roen Lim, winner of Best of Show (Open), and James Ng Junhao from Nanyang Technological University, winner of Best in Show (Student), where all three of their submissions were deemed cohesive and strong as a collection. Says Huey Yi: “The PhotoMarathon doesn’t just stop after today. We continue to run it in multiple countries such as Philippines, India and Myanmar, and winners get more than just a physical prize; they also get to take part in the Canon PhotoMarathon Asia Championship to be held in 2020.”

Adds Carol: “We’re always very happy whenever we see them being groomed, going professional and growing as a community of photo enthusiasts, especially the newer photographers who might only have picked it up a few years ago. For Canon, it’s all about building that trust and relationship with participants and customers and take them on a journey.”

Edwin concludes: “Ultimately, I never really imagined the scale it’d grow to when I was involved in it from day 1, and what a monster it’s become! The fundamentals have always remained the same, where it’s never a closed door competition and all are welcome. We’ve never rested on our laurels, and always want to change things up for our participants as well to keep things interesting, such as introducing the ‘night edition’ last year. All of this is still goes back to reaching out to the community, and over the years, I’ve become good friends with some of the participants, and it’s always been about the people and our customers rather than selling our products.” 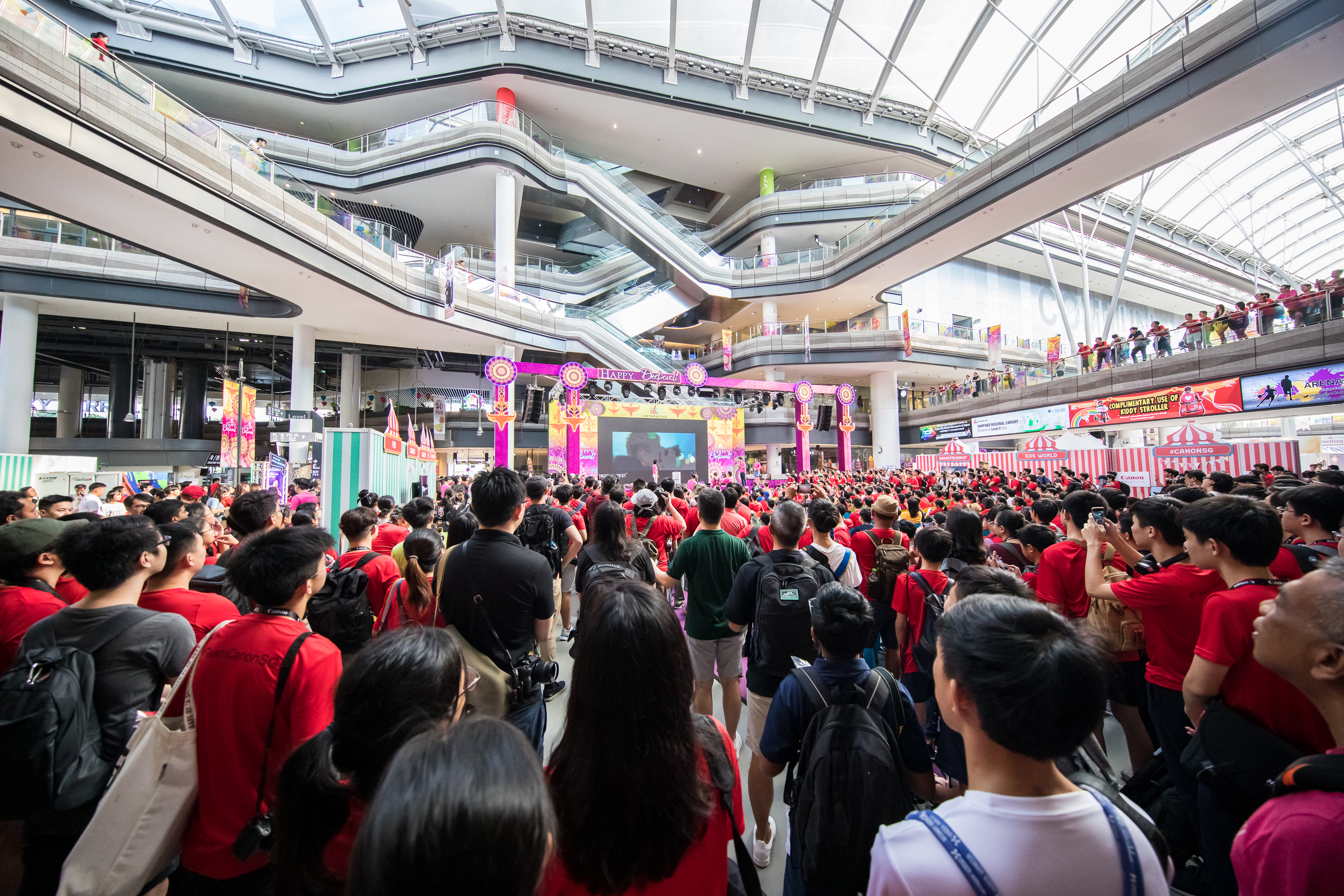 As one of Singapore’s most dynamic photography competitions, it’s no wonder that the Canon PhotoMarathon has garnered so much support and love from an ever growing number of fans over the years. Now brought closer to the heartlands than ever before, the 17 year-strong competition can only get stronger in the coming editions, a show of the ever enthusiastic photography community here and the love Canon has helped develop for photography in our people.

0 comments on “Reaching Out To The Heartlands with a New Venue, Canon PhotoMarathon Sees Success Once Again at its 17th edition”