Preview: Heather by Adeeb & Shai + An Interview with Adeeb Fazah and Karen Tan

Following their debut production of Sam Steiner’s Lemons, Lemons, Lemons, Lemons, Lemons in 2018, Adeeb & Shai are back to bring more Fringe theatre works to a local audience. This time around, they’ll be presenting UK writer Thomas Eccleshare’s Heather, which first premiered at the Edinburgh Festival Fringe 2017 and the Bush Theatre in London.

Marking director Adeeb Fazah’s residence presentation under the Gateway Artist-in-Residence Programme, Heather stars Karen Tan and Andy Tear as they perform in this timely story about art and the artist in the modern age.

On the decision to stage Heather, director Adeeb comments: “While both Shai and I have our own companies (Bhumi Collective and The Second Breakfast Company respectively), fringe works like Heather don’t quite fit into our main seasons, and so we decided to work independently as Adeeb & Shai to have a bit more space and freedom to do alternative work and target a different audience. As someone who’s still quite early in my career, I’m still finding my niche and dabbling in different things to find out what I like or don’t like, and Shai and I decided to bring more fringe work he’s seen to the Singapore stage, something we think is lacking here.” 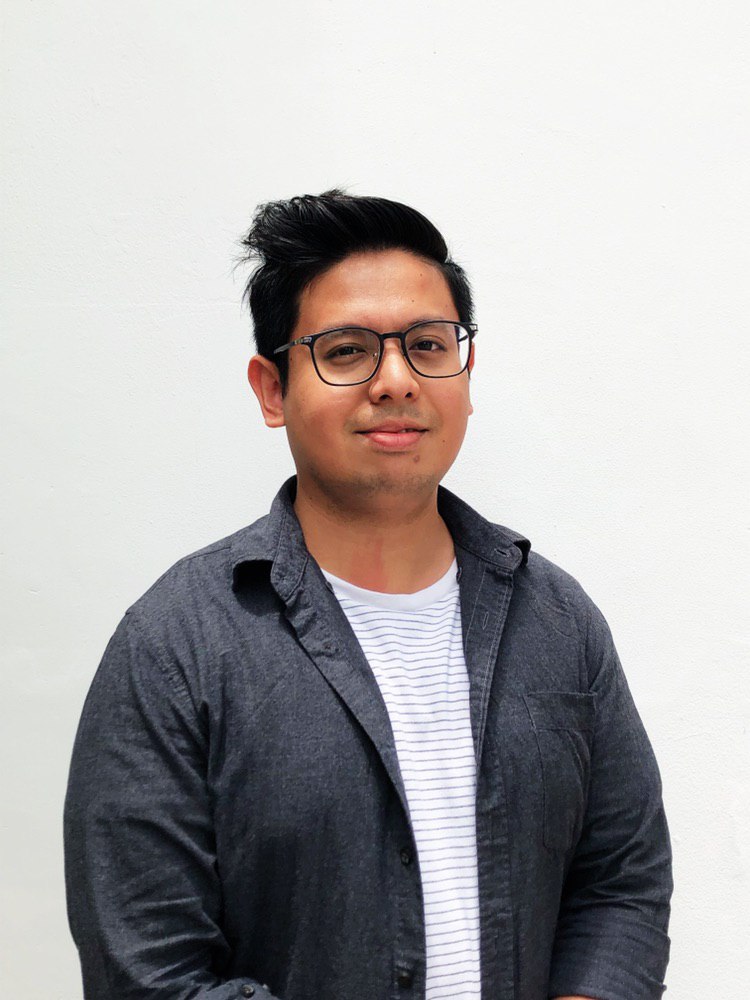 “Shai had been going around attending various festivals and watching plenty of plays, and he asked me to read a bunch we could possibly stage,” he continues. “That was how we started off with Lemons, but after that, we had no idea whether we would even continue Adeeb & Shai from there. I started my residency with Gateway, and for my showcase, I decided I wanted to keep things simple and do a two-hander. I remembered Heather From Shai’s repertoire, and decided to bring back Shai onboard to produce this show. The team is all about bringing an intimate theatre experience to the audiences, and hopefully, following Heather, we’ll be able to present our third show sometime next year.”

Heather follows a reclusive children’s writer who becomes wildly successful after publishing a series of fantasy books about a hero using her magical pen to fight evil. Her books are treasured across the country. But when a troubling narrative starts to unfold, we find ourselves asking: what matters more, the storyteller or the story? Who gets to decide the stories we tell?

Says cast member Karen Tan on how she came onboard the show: “I got onto this project because Samantha Scott-Blackhall (Gateway’s programme director) approached me about the project. I said sure, and I also suggested working with Andy Tear, someone I haven’t performed with in years, but been actively following.” 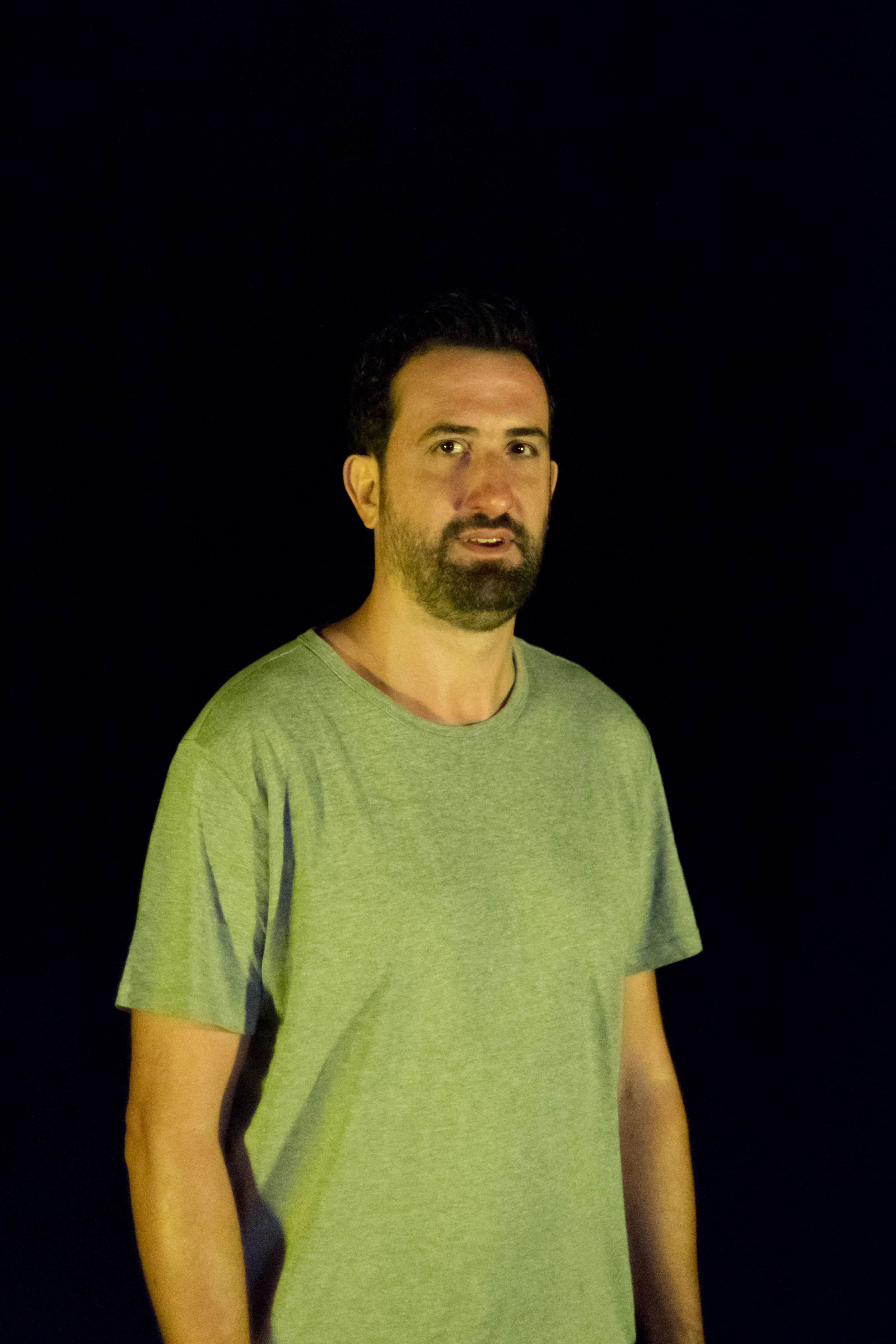 One of the primary themes of Heather revolves around the idea of being able to separate the artist from the art. To a more extreme extent, one thinks of figures such as Adolf Hitler for example, who painted works of art himself, yet is of course, considered a genocidal dictator. What happens then when a beloved writer is revealed to be a monster – should we cancel them? How do we negotiate and reconcile our inclinations towards great works of art and culture, all the whole knowing the bad things the artists have done to others?

Says Karen: “Heather is a show that’s primarily about redemption and about truth and art. I think about how art is meant to be redemptive, and think about how crocheting saved my life when I was suffering from depression. And then I think about how we often have double standards on who deserves to even be redeemed, or who is judged as a worse person than another. You can already see that from the unfair way the recent sex offence cases have been handled, where good grades helped the NUS boy be let off with a suspension while anyone else would likely end up in prison instead. It goes back to the idea of judgment, and judging people, amidst how we judge good art and bad art.”

Says Adeeb: “I think the key takeaway is for audiences to question where you lie in terms of your prejudice, and where you end up having double standards. You question who exactly is this person you’re judging, and is it you or them who gets to tell their story. In the world of art, you’re putting yourself up for judgment already when you produce a work, subject to opinions and people saying what they want about it. Then it gets complicated when someone else comes in and judges the artist on their character, and whether they deserve to even be an artist if they’ve done something bad. It’s an unending debate, this argument over gatekeeping, which leads to even further questions.” 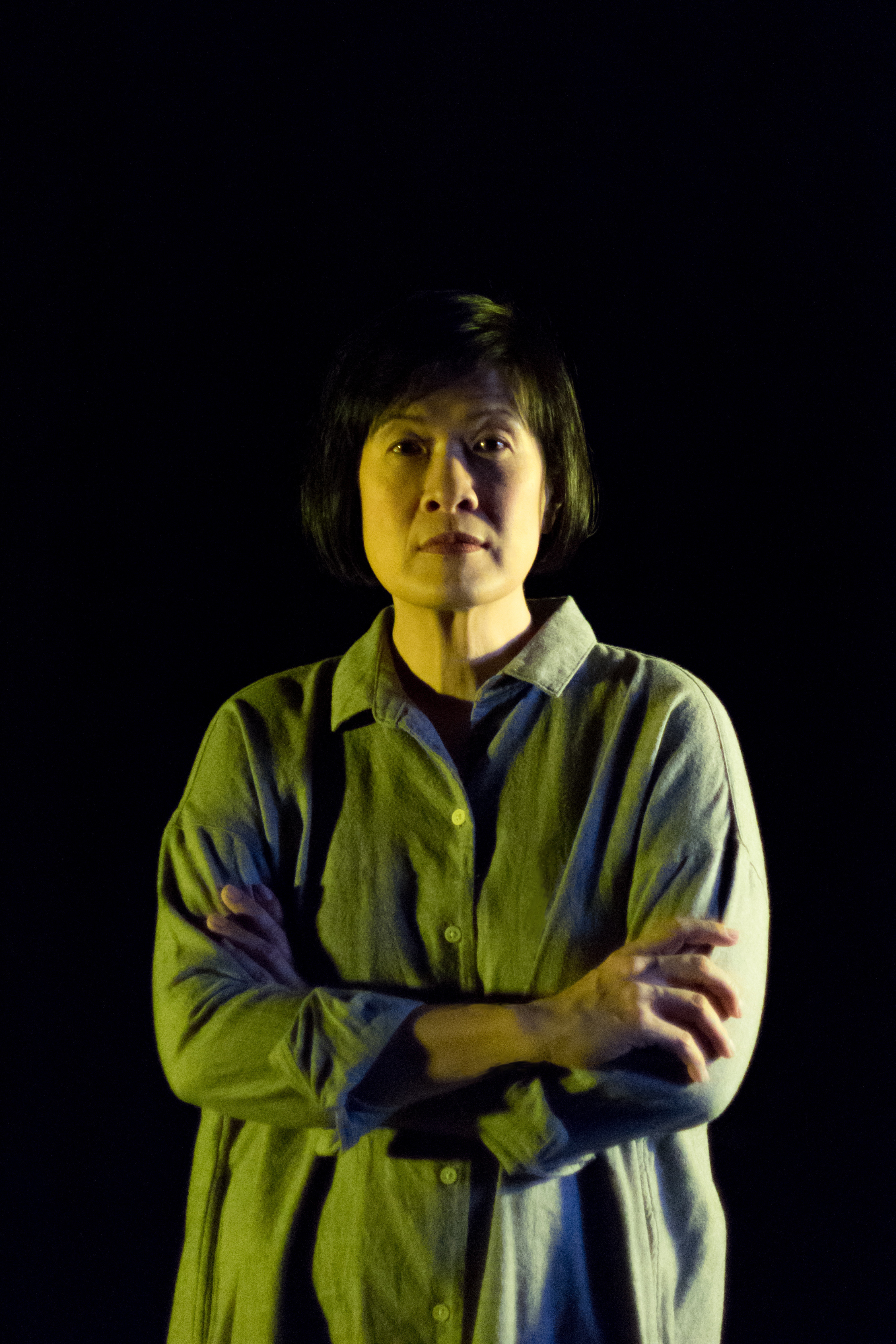 On the process of working with Adeeb, Karen comments: “We started out by letting each other know our styles of working, since it’s the first time I’m working with him. I don’t have a specific process, and most of the time I go along with the director and co-actors with no preconceived notions of how to approach a script. I do hope I can live up to whatever’s expected of me. I often tell people to temper their expectations because my reputation is greater than my ability. I have my struggles in remembering lines or getting to a certain point, but I really hope at the end of the day Andy and I bring the script to life and really listen to the story.”

Says Adeeb: “We’re still playing around with the structures of the dialogue, and the text-heavy script gives a lot of freedom to both the directors and actors to decide what plays out onstage. We’re definitely devising some parts of it, and figuring out how to fill in the blanks in between, as we figure out how exactly we’ll stage this production.”

As for her own take on helping nurture the next generation of theatremakers, Karen comments: “These days, I feel like there’s more young people seeking mentorship, but don’t really understand what that means. I used to know this young director with a ‘mentor’ in every theatre company, and that to me is just being greedy! You can’t do everything because each director has their own distinct style, but you can certainly learn. The onus then is on a director to say they want to mentor this person because of their potential, which is a more generous and organic way of doing things then seeking out a mentor yourself, otherwise you should be an intern or assistant instead where you’ll probably learn much more.”

“I’ve been working in theatre for 32 years, and while I’m not the most altruistic person in the world, theatre has never been about the money,” Karen concludes. “If you think I’m right for your piece, then I’ll do it, if it’s reasonable. Especially when it comes to young theatremakers, they’ll always be very upfront about the honorarium they can pay me, and I’ll usually be agreeable. It’s a cycle really, like how I got my start in theatre even without training. People like Ong Keng Seng took a chance on me, as did Alvin Tan and Haresh Sharma with The Necessayr Stage. So this is my ‘national service’ in a sense, and I give back with what I can by helping out the youths where possible, in addition to my other roles.”