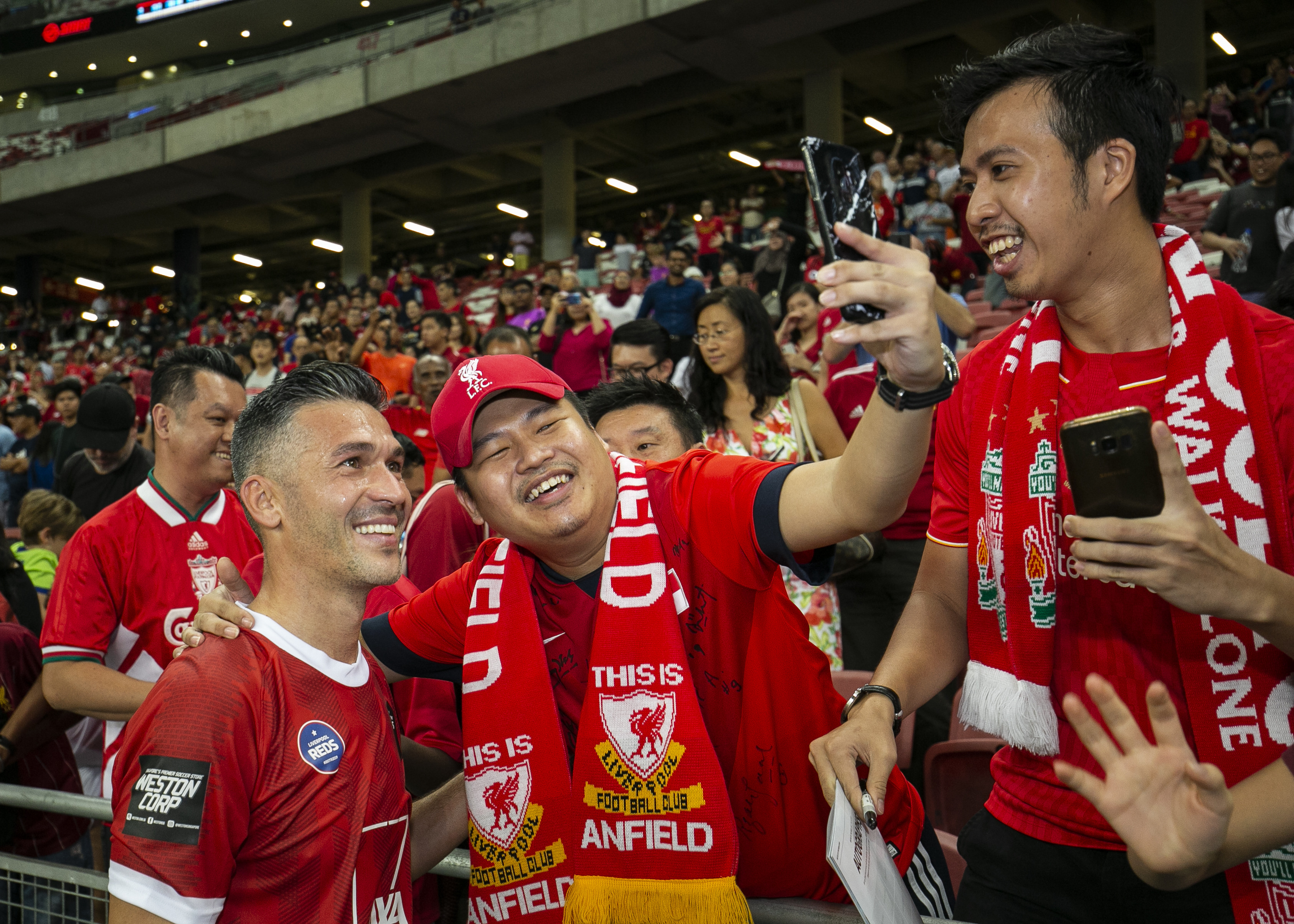 Last Saturday, the National Stadium saw a reunion of some of football’s greatest as they faced each other off in the Battle of the Reds 2019. Kicking off at 7pm, the series of three matches pit the Liverpool Reds against the Singapore Reds first, with the Liverpool Reds setting the tempo early on and converting in the third minute with winger Jermaine Pennant, back in Singapore after last appearing for Tampines Rovers at the S-League (now the Singapore Premier League) picking out Luis Garcia at the far post to put Liverpool one up. 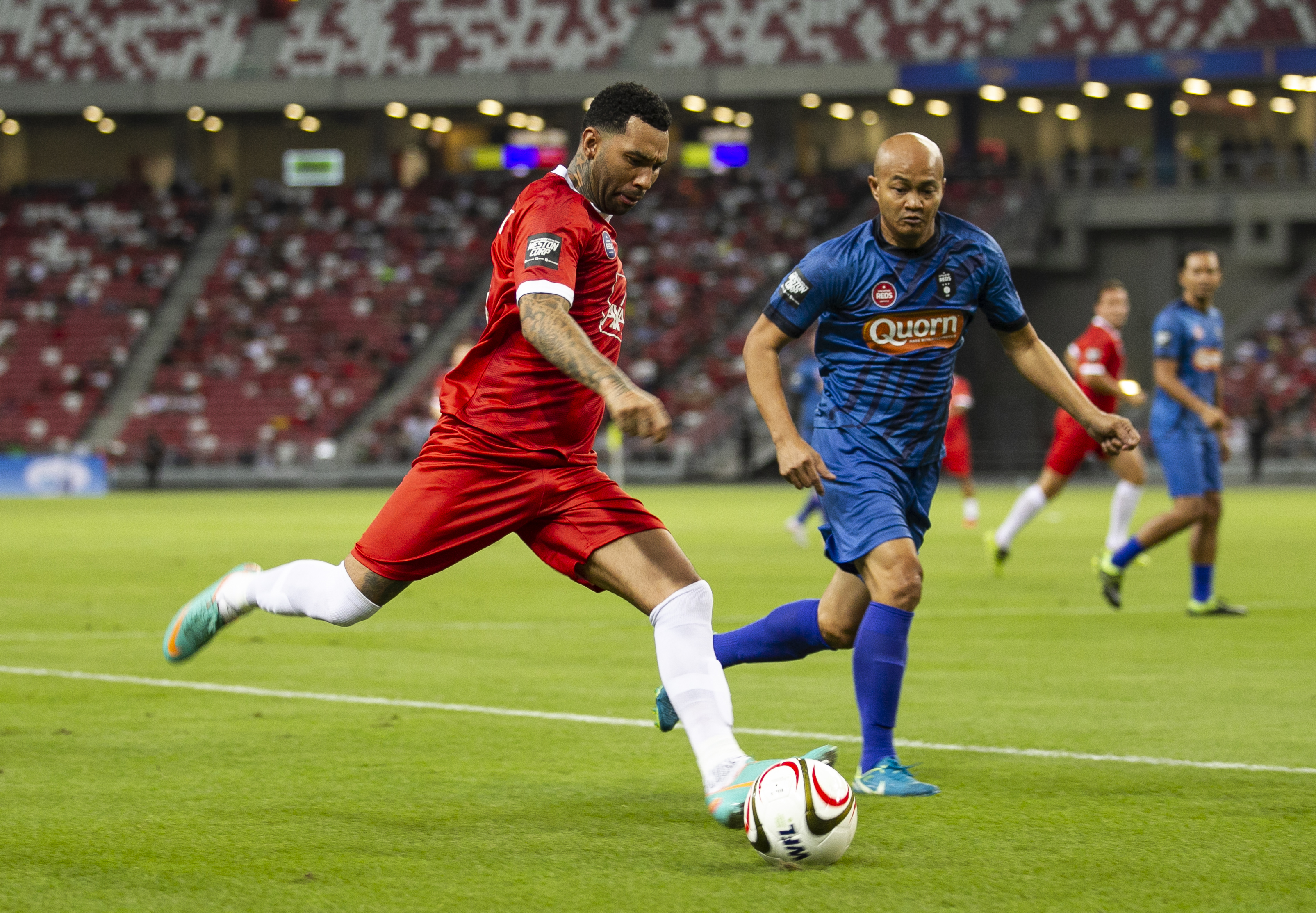 Singapore Reds responded well by holding onto possession, passing the ball wide to stretch Liverpool’s defence. Striker and Singapore favourite Aleksander Duric found some space and latched onto a cross field pass and evened the score on the eleventh minute. The first half ended with Singapore Reds keeper Rezal Hassan keeping out Jason McAteer’s stinging volley with a trademark acrobatic save, tipping the volley over the cross bar to go into the break one-a-piece. 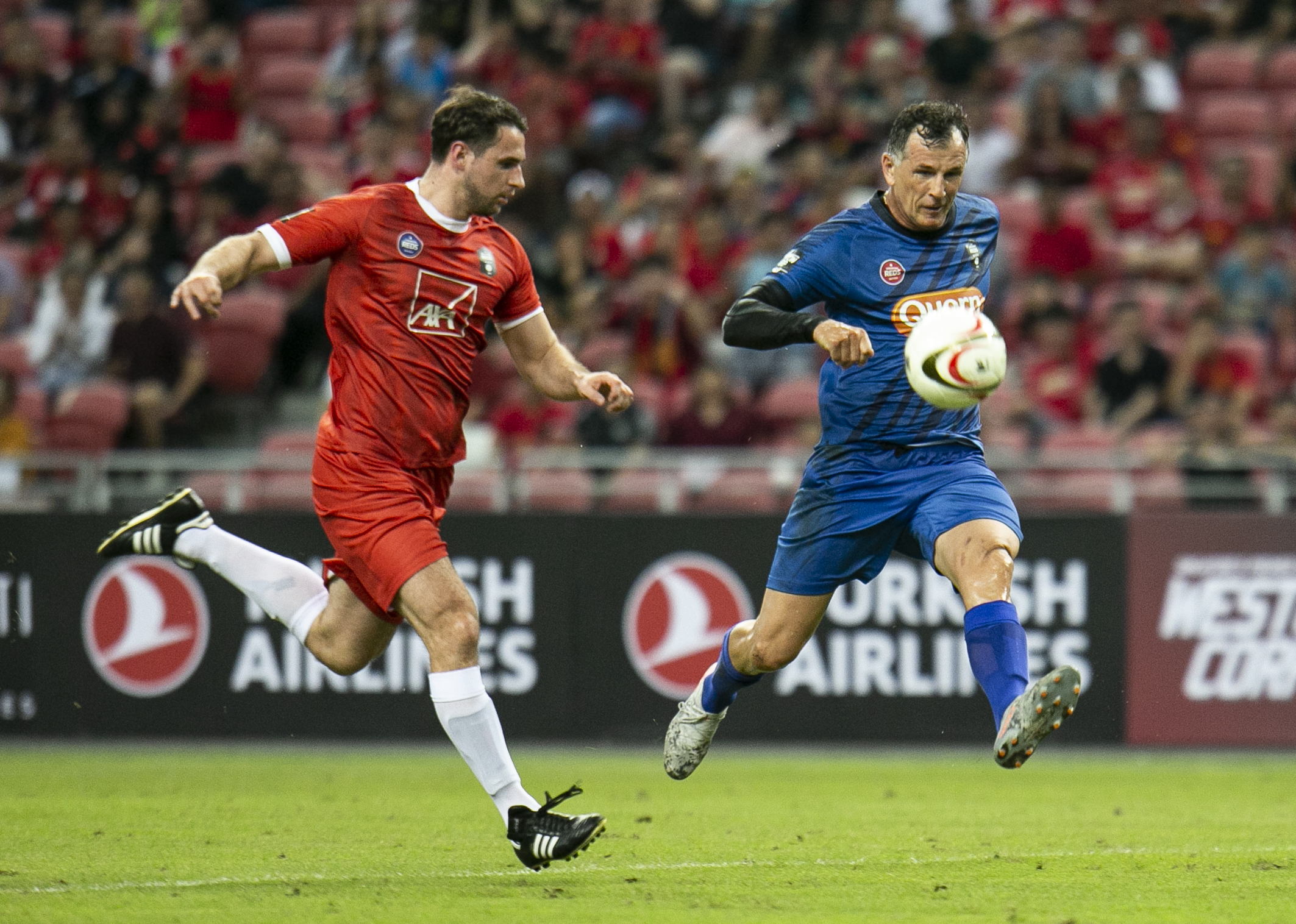 Liverpool Reds started the brighter of the two teams and dominated possession in the first ten minutes of the second half, but it was Singapore Reds who got on the score sheet a minute later, with Duric securing his brace by firing a powerful volley past David James to put Singapore ahead. Luis Garcia, not to be outdone, responded with four minutes left on the clock to level the match 2-2. 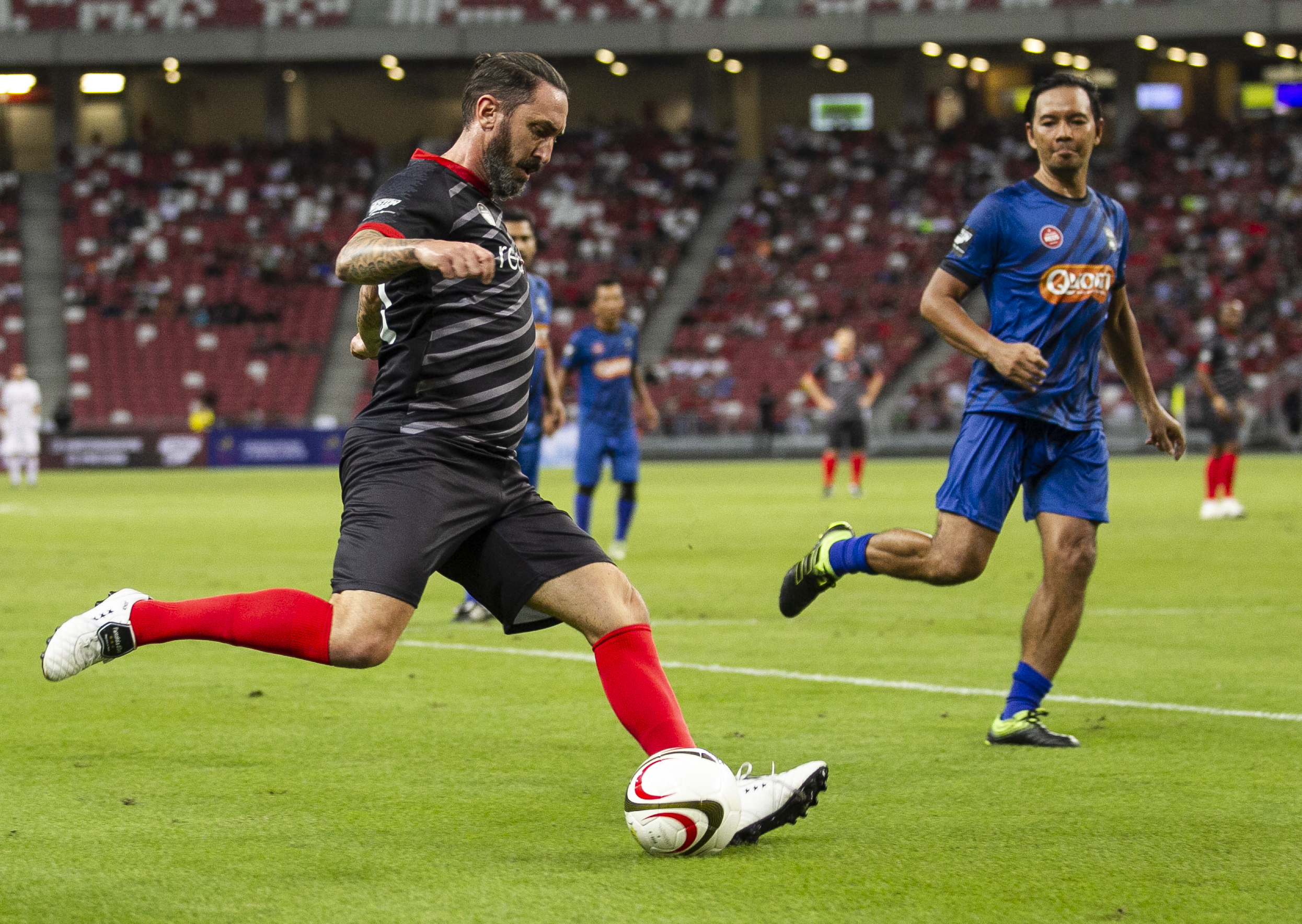 The second match of the night saw the Manchester Reds go head to head with the Singapore Reds, with a composed display from both sides in the first half. The Manchester Reds moved the ball around the pitch and dictated the pace of the match. Manchester Reds striker, Danny Webber made some impressive runs and came close to taking the lead after the ten-minute mark but was again denied by Singapore Reds keeper Lionel Lewis just before the whistle at half-time. 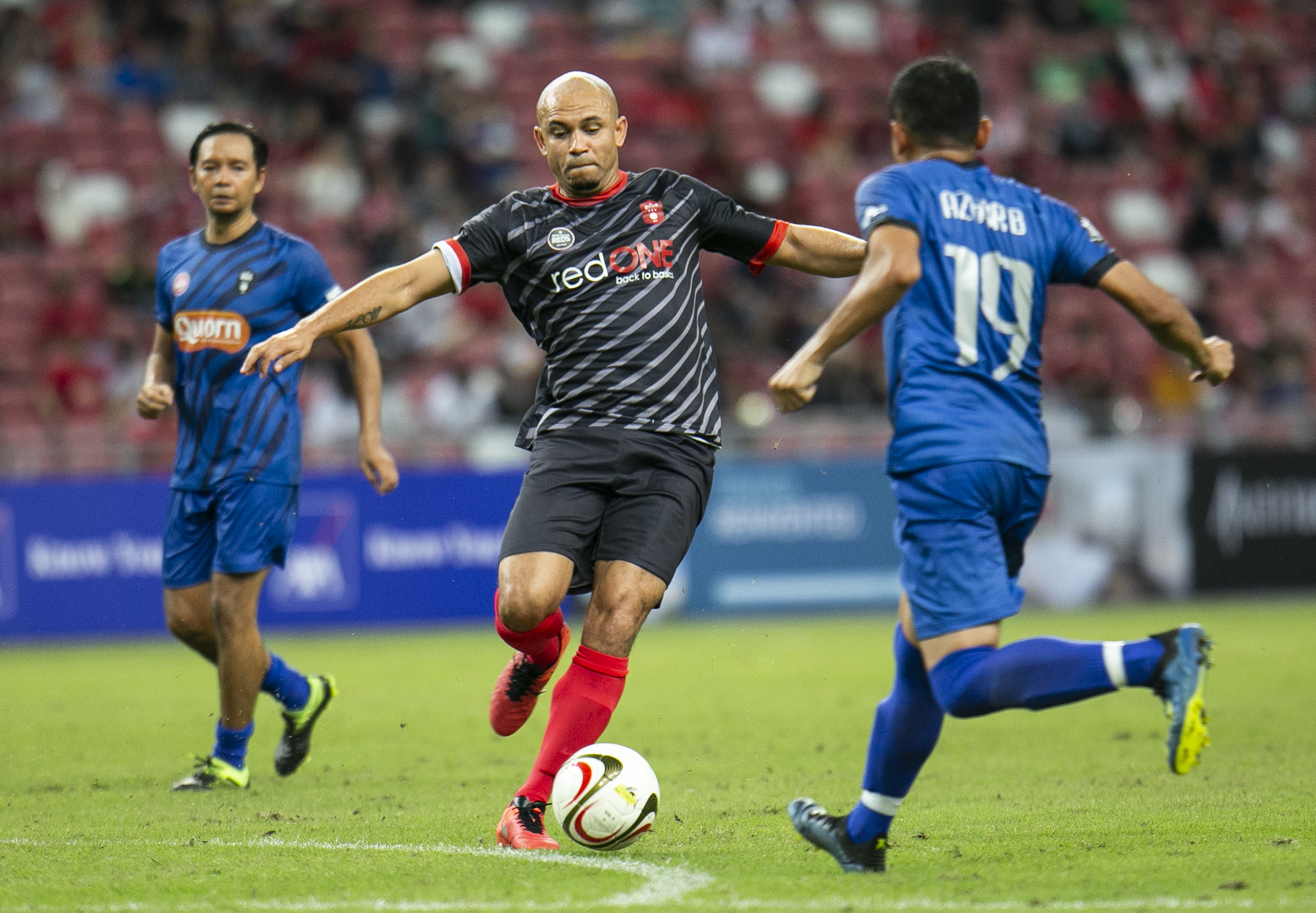 After the break, a much fresher Manchester Reds took advantage of the Singapore Reds, who were playing their second consecutive game of the evening took the lead through Webber after he outpaced the Singapore defence and slotted home. Webber continued his good work, providing the assist for Michael Gray, who did not disappoint the United fans and scored their second of the match. Singapore’s best chance came in the dying seconds of the match with a free kick awarded just outside Manchester Red’s penalty box, however the ball was smashed straight against the wall. Manchester Reds finishing with a 2-0 win.

Says Manchester Reds Teddy Sheringham: “I think it was a good game against Singapore, Liverpool wore them out, so it was nice to get them whilst we were still fresh. I thought it was a very even game between us and Liverpool. There was one bad decision between the referee and the linesman and that definitely changed the whole game.” 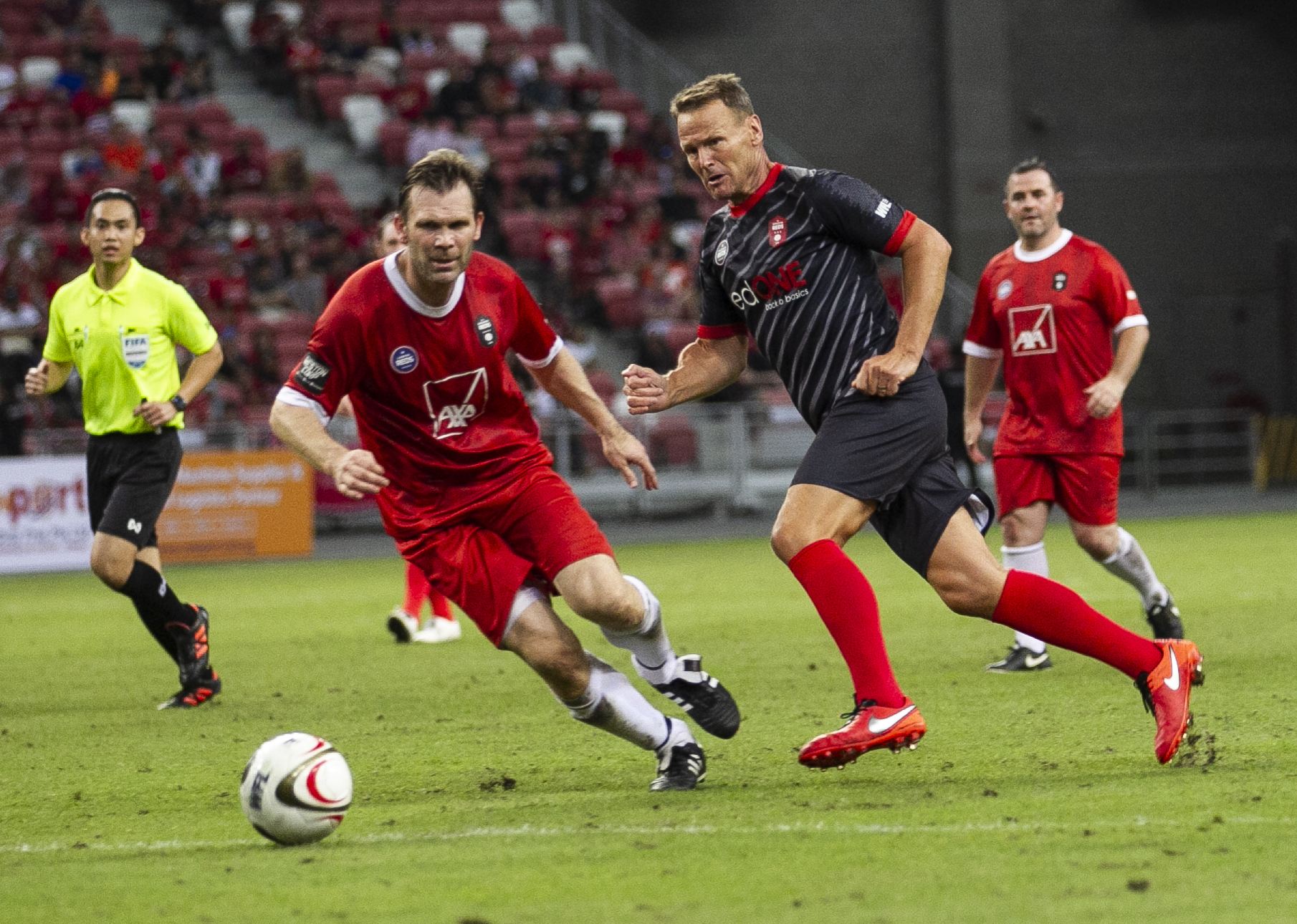 Undoubtedly the most anticipated match of the evening, the Battle of the Reds ended with old rivals Manchester Reds facing off Liverpool Reds in the finale. Both sides were evenly matched as they cancelled each other out in the opening exchanges, with opportunities arising for both teams to get on the score sheet. Manchester Reds striker Dimitar Berbatov had the best chance for his side in the seventh minute, breaking through the Liverpool Reds’ ranks but pulled his shot just wide of the far post. 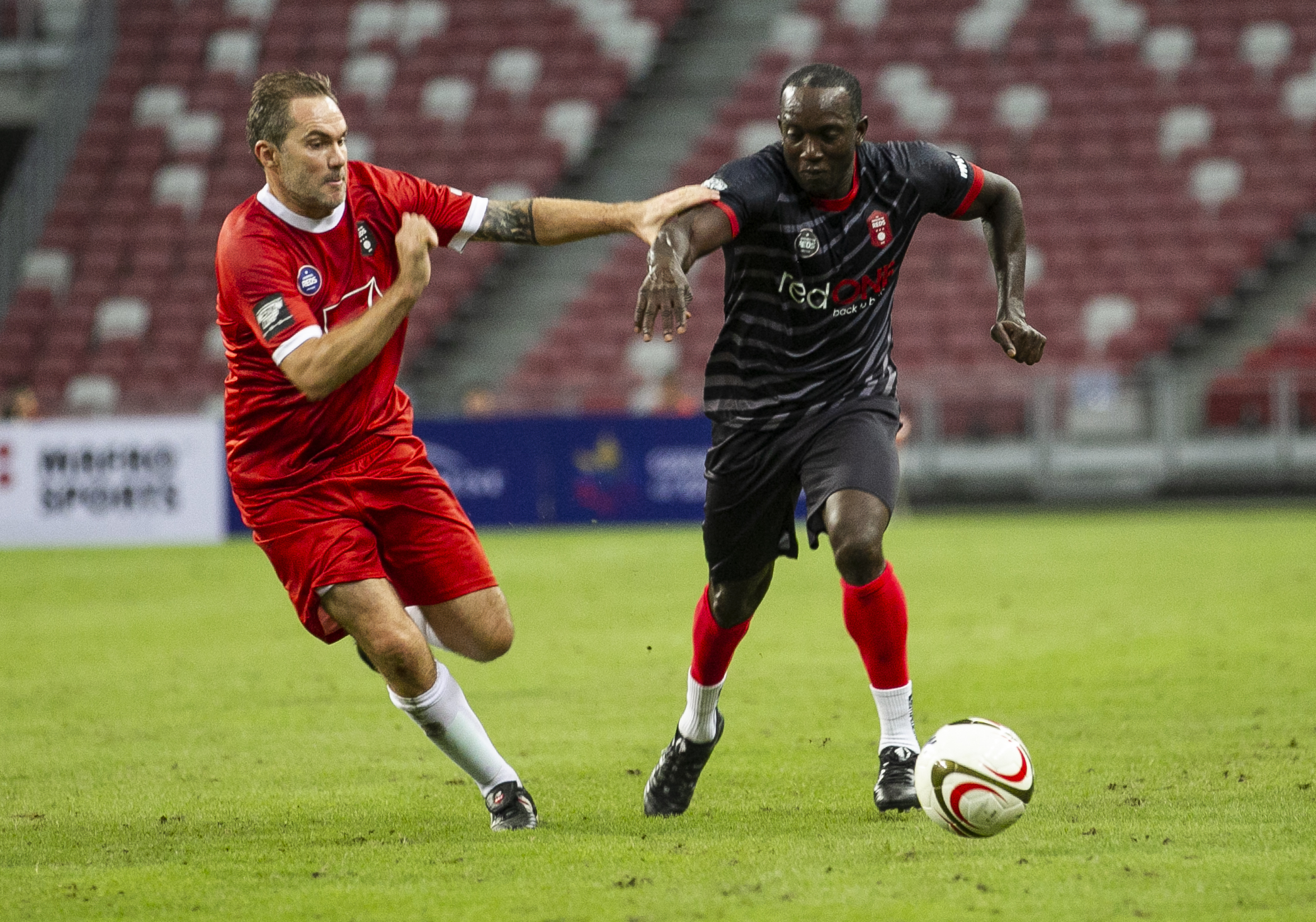 Liverpool Reds started the second half with more purpose, and when Emile Heskey broke the offside trap and ran purposefully into the box, he squared it to John Durnin who rolled it into the open net. Manchester Reds continued to press up the pitch, looking for the ever-important equalizer, but Liverpool Reds’ defenders kept them at bay. The dying seconds saw one last attempt by the Manchester Reds but it was too little too late, and Liverpool Reds walked away as champions of the Battle of the Reds 2019 with a 1-0 victory. 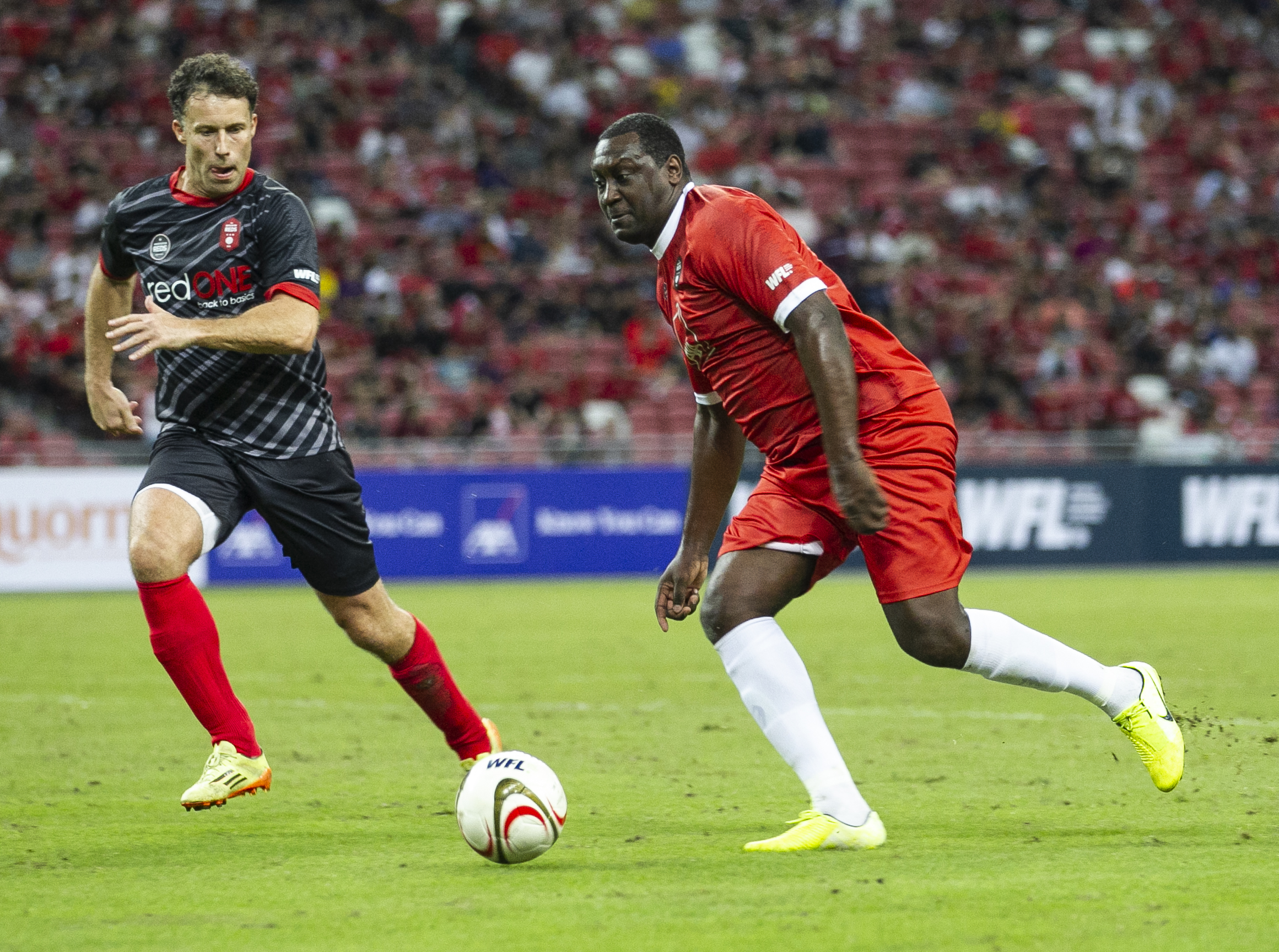 Manchester Reds player Dwight Yorke comments: “At the end of the day Liverpool seems to have something going for them. We weren’t far off today. They needed a goal, and they got the more important goal than us.” 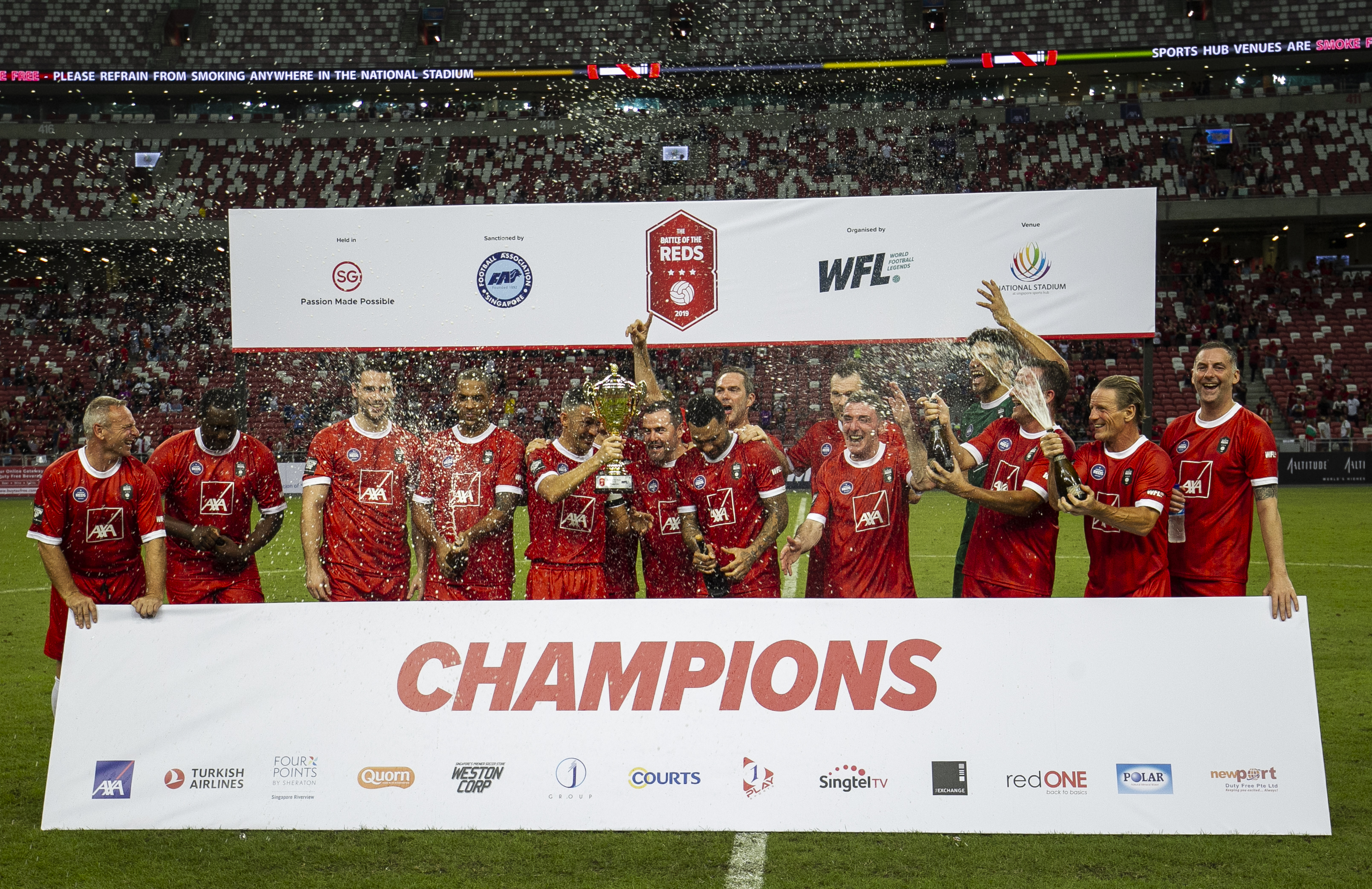 Says Luis Garcia of the Liverpool Reds: “It is always great to be back here and we won the trophy and most importantly we enjoyed ourselves. I felt that Singapore reds was a tough team to beat when we played against them. The goalkeeper from Singapore Reds did an amazing job in saving the ball that I thought I was going to score. I also noticed that he played very well as a goalkeeper when he played against Manchester United as well, so good job to him.”

The Battle of the Reds 2019 took place on 16th November 2019 at the Singapore Sports Hub. For more information, visit their website at www.battleofthereds.com